French dwarf actor Hervé Villechaize first broke through in 1974 James Bond movie The Man with the Golden Gun, before he hit the big time as a major TV star on Fantasy Island. But while he was a mainstay of the series alongside lead Ricardo Montalbán, Villechaize would unceremoniously depart from Fantasy Island in 1983, before what proved to be the show’s final season.

A decade later, Villechaize would be dead by suicide, at the age of 50 – and the actor’s sad demise would leave many wondering just what had occurred on the set of Fantasy Island all those years ago. Having endured intense media scrutiny as one of the few disabled celebrities of the era, Villechaize struggled with various problems, including but not limited to possible sex addiction. 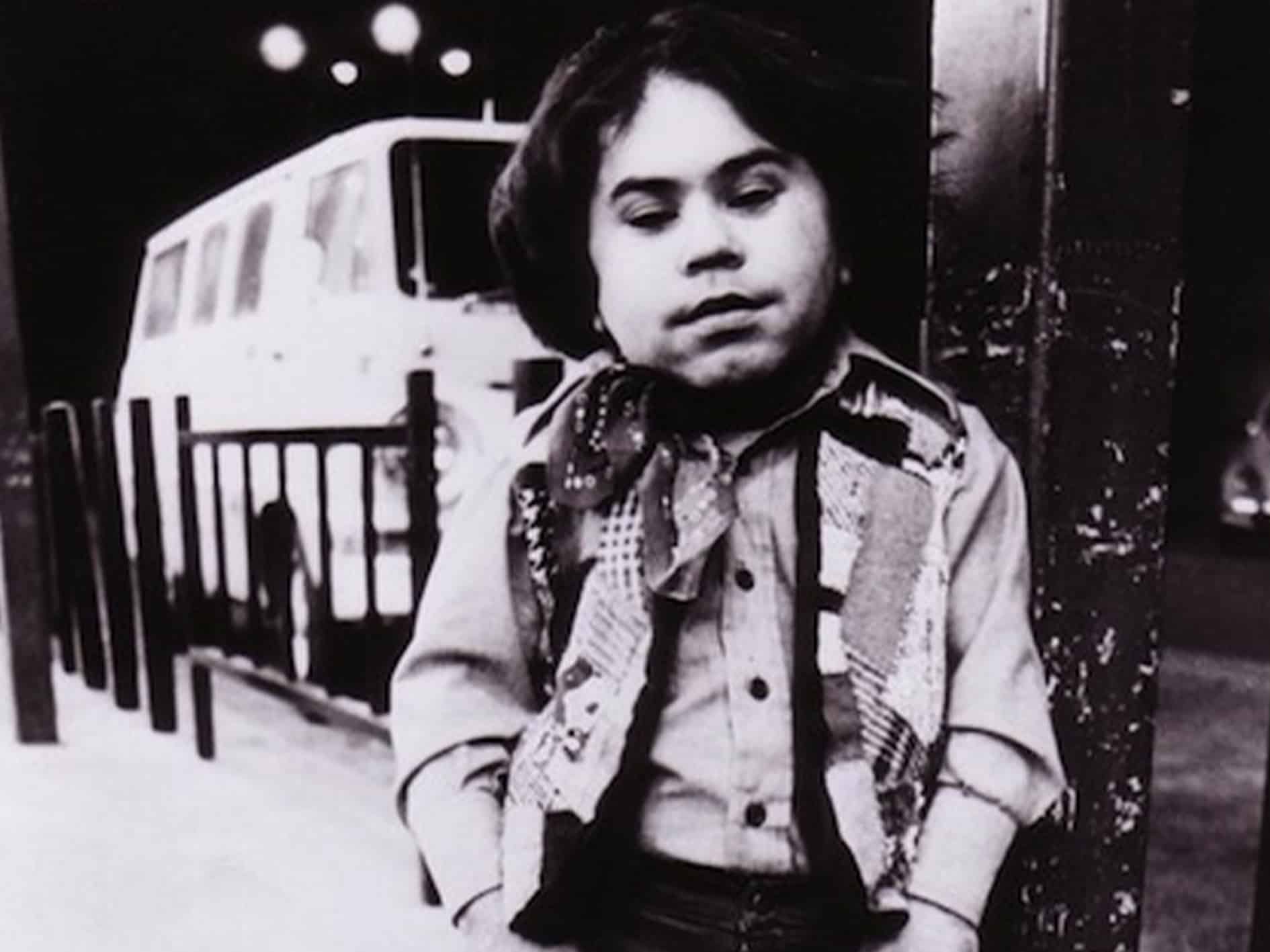 Hervé Villechaize was born on 23rd April 1943 in Paris, during the Nazi occupation of France. One of four brothers, Hervé was the only member of the Villechaize family with dwarfism, and his surgeon father put him through a variety of experimental treatments in hopes of reversing the condition. (One such treatment reportedly involved spinal injections of sheep’s marrow.)

Villechaize never grew beyond 3’11” in height. It resulted in extensive bullying in childhood, and a lifetime of being stared at with shock, disdain and amusement. Sacha Gervasi – the journalist who met and interviewed Villechaize in the last week of his life, and who would later write and direct the HBO biopic Mr Dinner with Hervé – recalls being informed that Hervé “would walk down the street and just be kicked in the head for being different.”

Villechaize found an outlet for his anxieties in the arts, not initially as a performer but as a painter. He went on to study art and photography at the prestigious Beaux-Arts de Paris, and his work was so well thought of that, aged just 18, Villechaize became the youngest artist ever to have his paintings exhibited at the Museum of Paris. 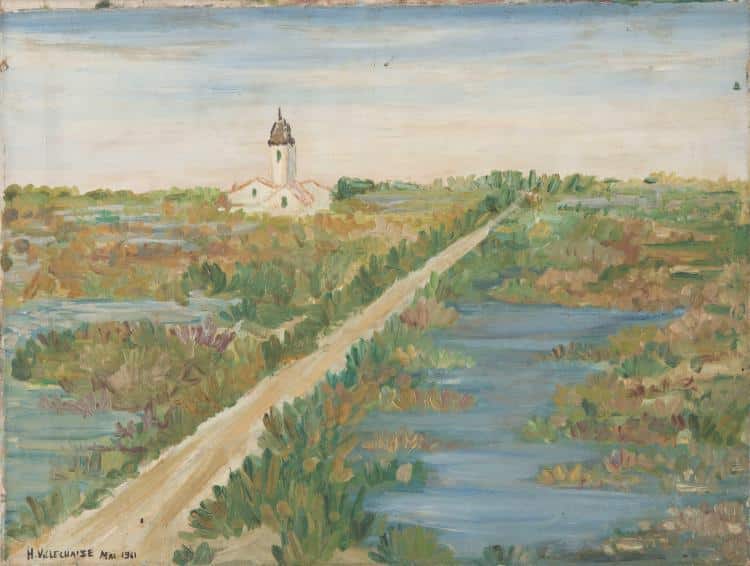 Villechaize was 21 when he left Paris for New York in 1964, reportedly at the advice of his father: Sacha Gervasi recalls, “His father said, ‘Go where the freaks go. Go to New York.’ So he was sent there and became a part of that burgeoning avant-garde sort of Greenwich Village theatre culture.”

Though he initially pursued work as an artist and photographer, Villechaize’s unique physicality also appealed to experimental theatre directors and filmmakers. It wasn’t long before he headed west to Los Angeles in pursuit of film roles. 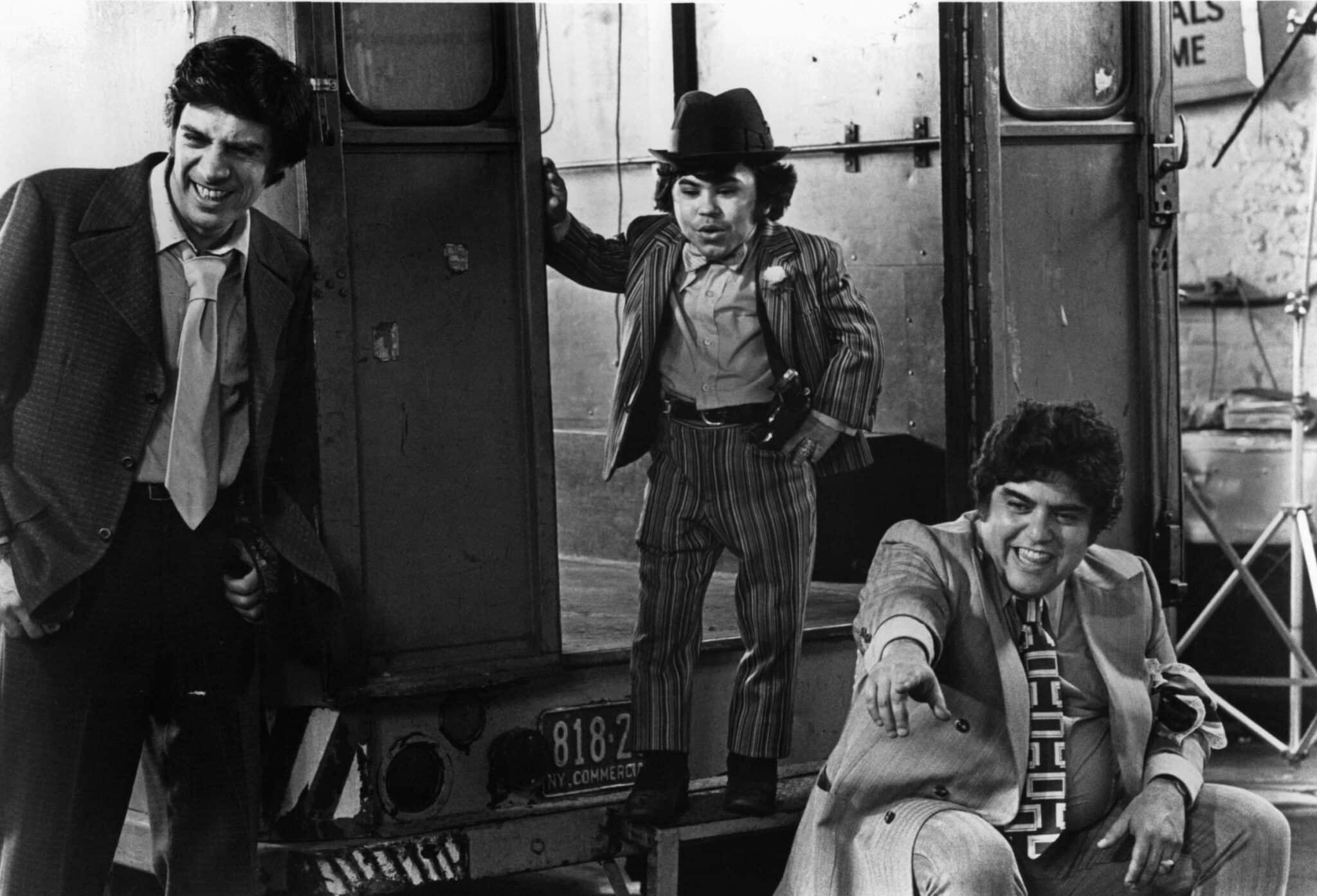 Herve Villechaize in The Gang That Couldn’t Shoot Straight’, 1971. (Photo by Metro-Goldwyn-Mayer/Getty Images)

“He was a sex maniac”

Villechaize made early appearances in films including comedy The Gang That Couldn’t Shoot Straight and horror Malatesta’s Carnival of Blood before landing the role that made him: Nick Nack, henchman of Christopher Lee’s Scaramanga in 1974 James Bond movie The Man with the Golden Gun.

The role came at a good time for Villechaize, whose finances were so dire he had been living in his car at the time, whilst working as a rat catcher to make ends meet. Landing a key role in the world’s most popular film franchise was a very big break indeed, and by all accounts Villechaize made no secret of his excitement to be there when cameras rolled in Hong Kong and Thailand. 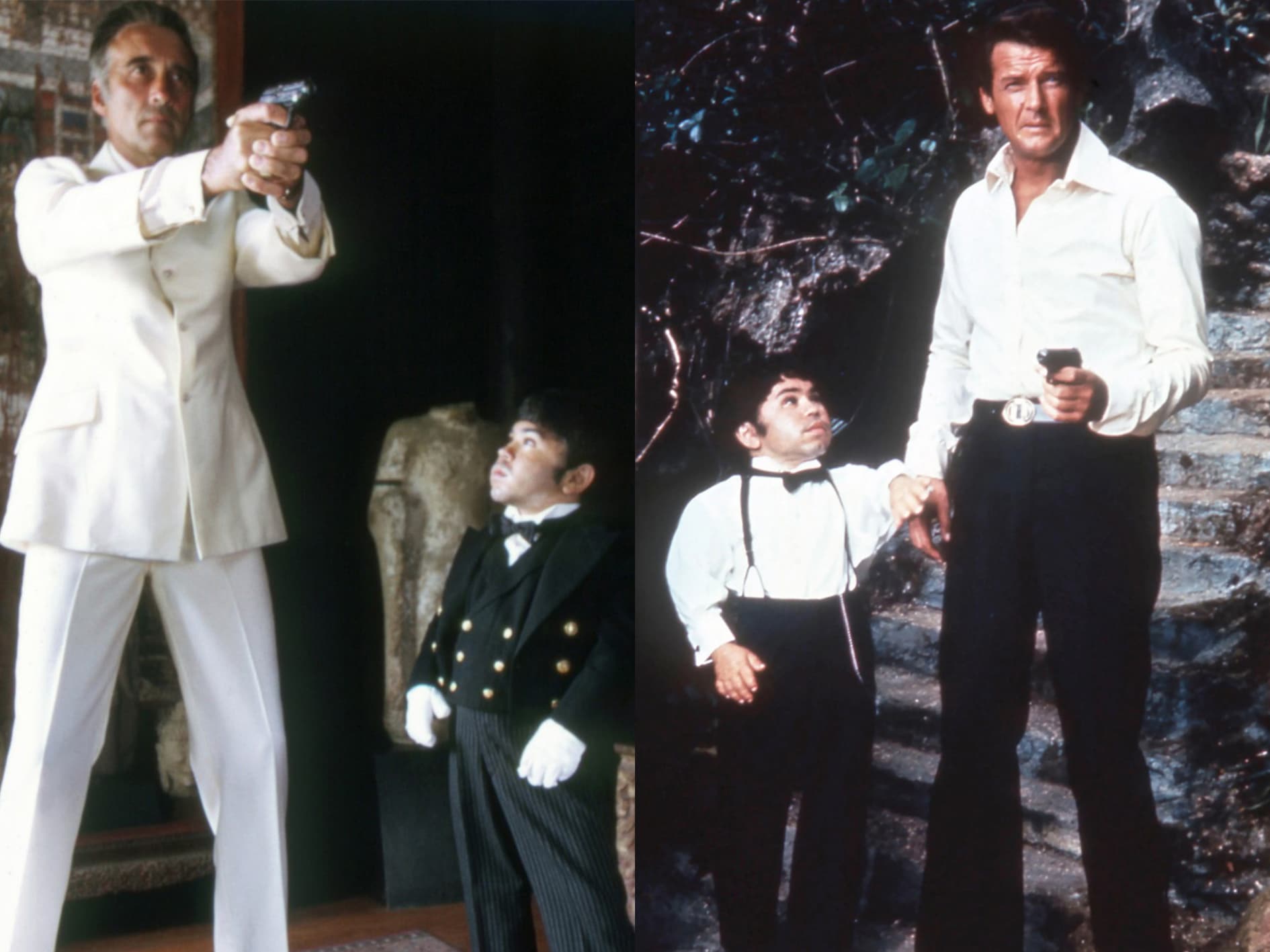 While Christopher Lee would describe Villechaize as “a delightful man and very professional,” Bond actor Roger Moore gave a slightly different account. Notoriously, Moore once declared of Villechaize, “He was a very small man and he used to touch me and I used to say, ‘Don’t touch me. You are diseased.’ I wasn’t being cruel about his size, it was just that he was a sex maniac.

“He had a lust for ladies [which was] unnatural. When we were in Hong Kong he would find girls in girly clubs and go with a flashlight, saying ‘You, you, not you.'”

When Moore asked Villechaize how many women he had slept with during production on The Man with the Golden Gun, “he told me 35. I told him that did not count as he paid for them, but he said, ‘Sometimes when I pay they refuse.'” 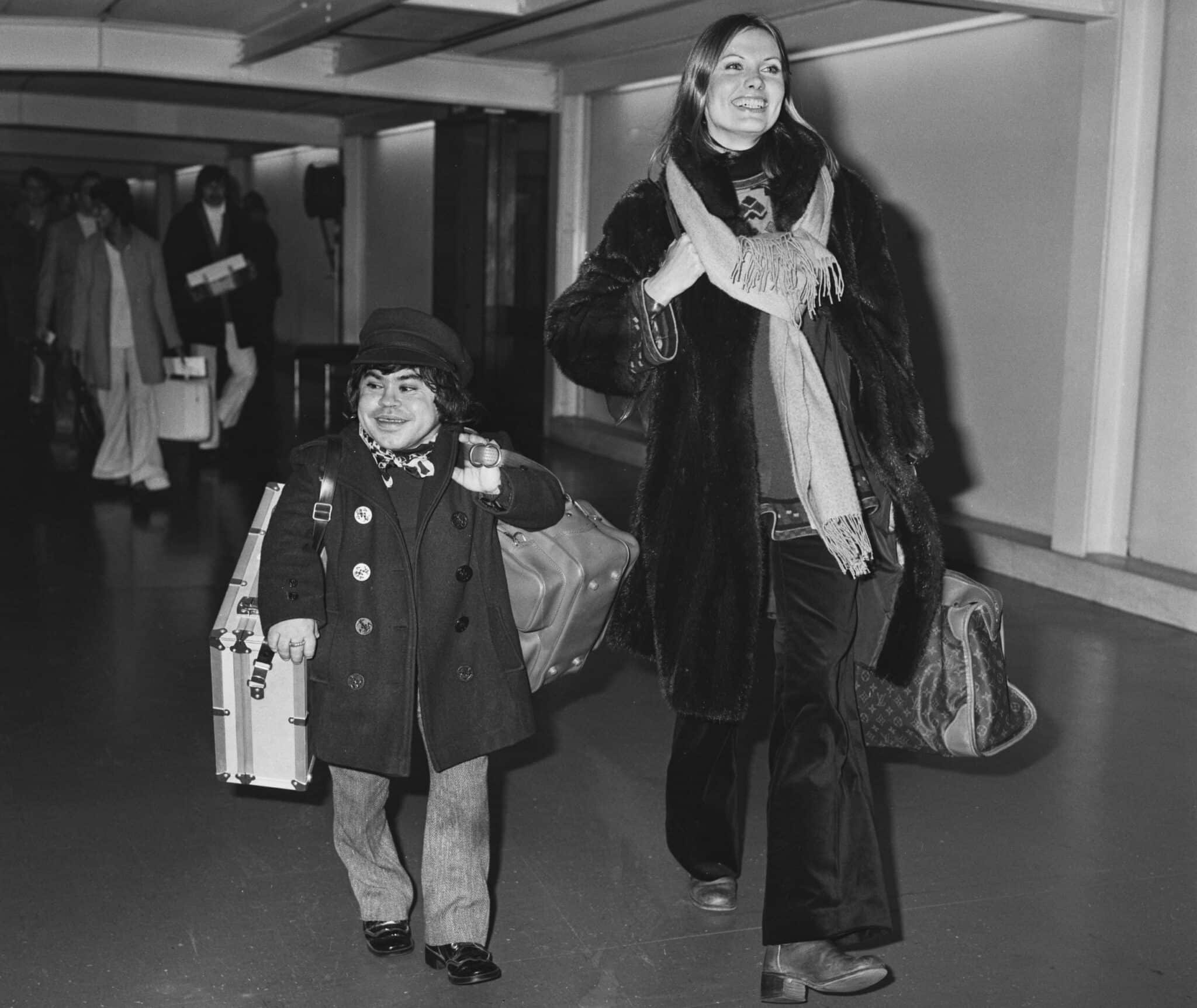 Villechaize was married at the time, to artist Anne Sadowski, though the marriage was strained – not only by Villechaize’s serial infidelities, but also widespread mockery due to the couple’s height difference, which only intensified as Villechaize’s fame increased. The couple would divorce in 1979, by which time Villechaize was already at the height of his fame as Tattoo on Fantasy Island.

Fantasy Island producers Aaron Spelling and Leonard Goldberg (also responsible for such 70s small screen hits as Starsky & Hutch and Charlie’s Angels) conceived the character of Tattoo with Villechaize in mind. Spelling remarked, “We both thought he was perfect. We wanted a different look and the idea of a three-foot-ten sidekick for Roarke was too irresistible to pass up.”

After starting life as two TV movies in 1977, network ABC ordered a weekly Fantasy Island series, with one caveat: they wanted Villechaize’s Tattoo removed, to be replaced by an attractive female sidekick. Spelling and Goldberg refused, threatening to drop out of the show if the network didn’t approve Villechaize’s casting, and given their proven track record ABC relented. 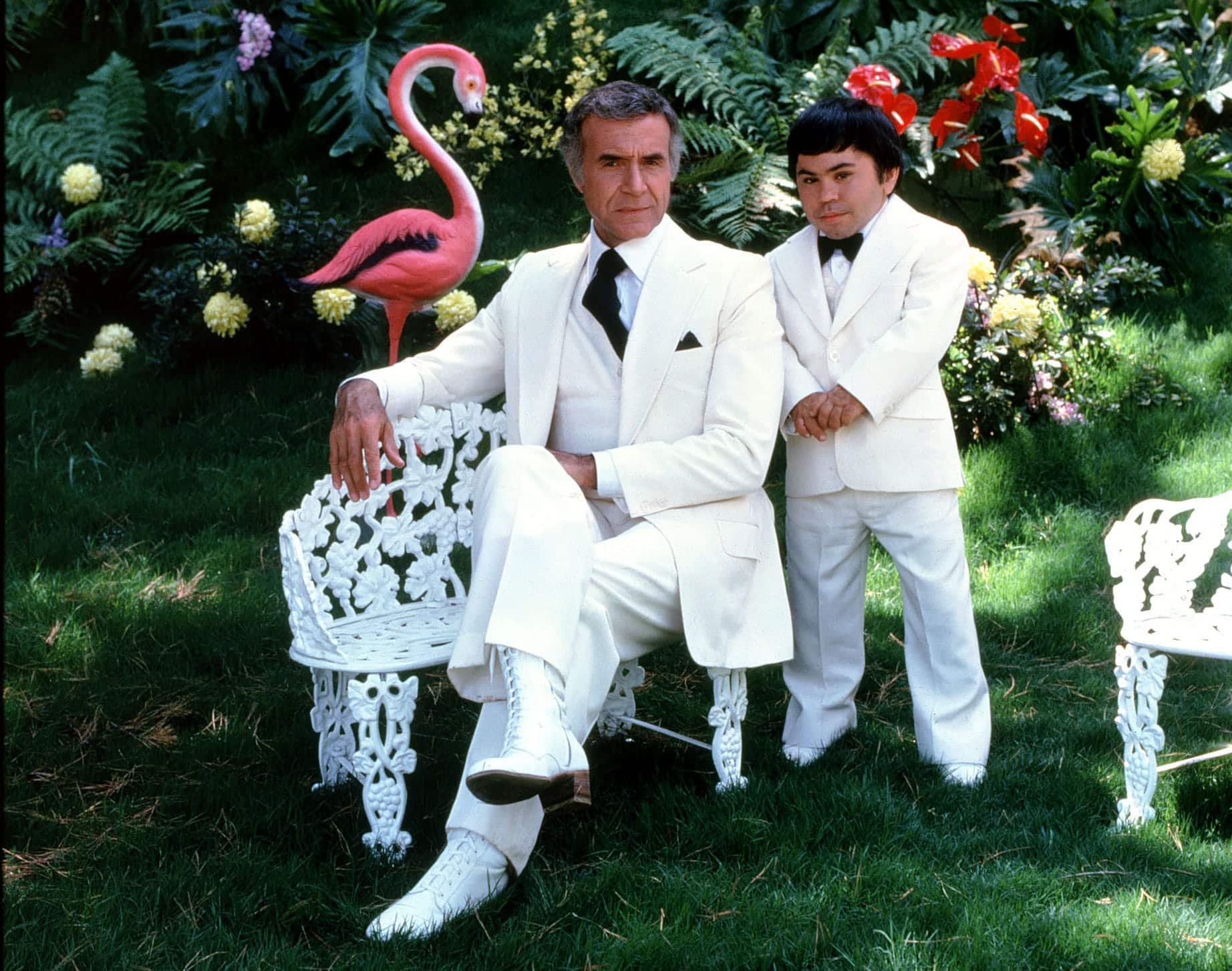 Fantasy Island proved a big hit, and a major step forward for Villechaize. While Ricardo Montalban’s Mr Roarke was the show’s lead, Villechaize was also key to Fantasy Island’s popularity, not least for his catchphrase, “the plane, the plane!” which he would enthusiastically declare each episode when the new crop of guests arrived.

Leaving his early poverty behind him, Villechaize moved onto a 1.5-acre ranch in San Fernando Valley. By this time, he was wearing his appetite for women on his sleeve. In a move which doubtless wouldn’t fly on a network TV production today, the actor hung a sign on the door of his dressing room which read, ‘Sex Instructor – First Lesson Free.’ 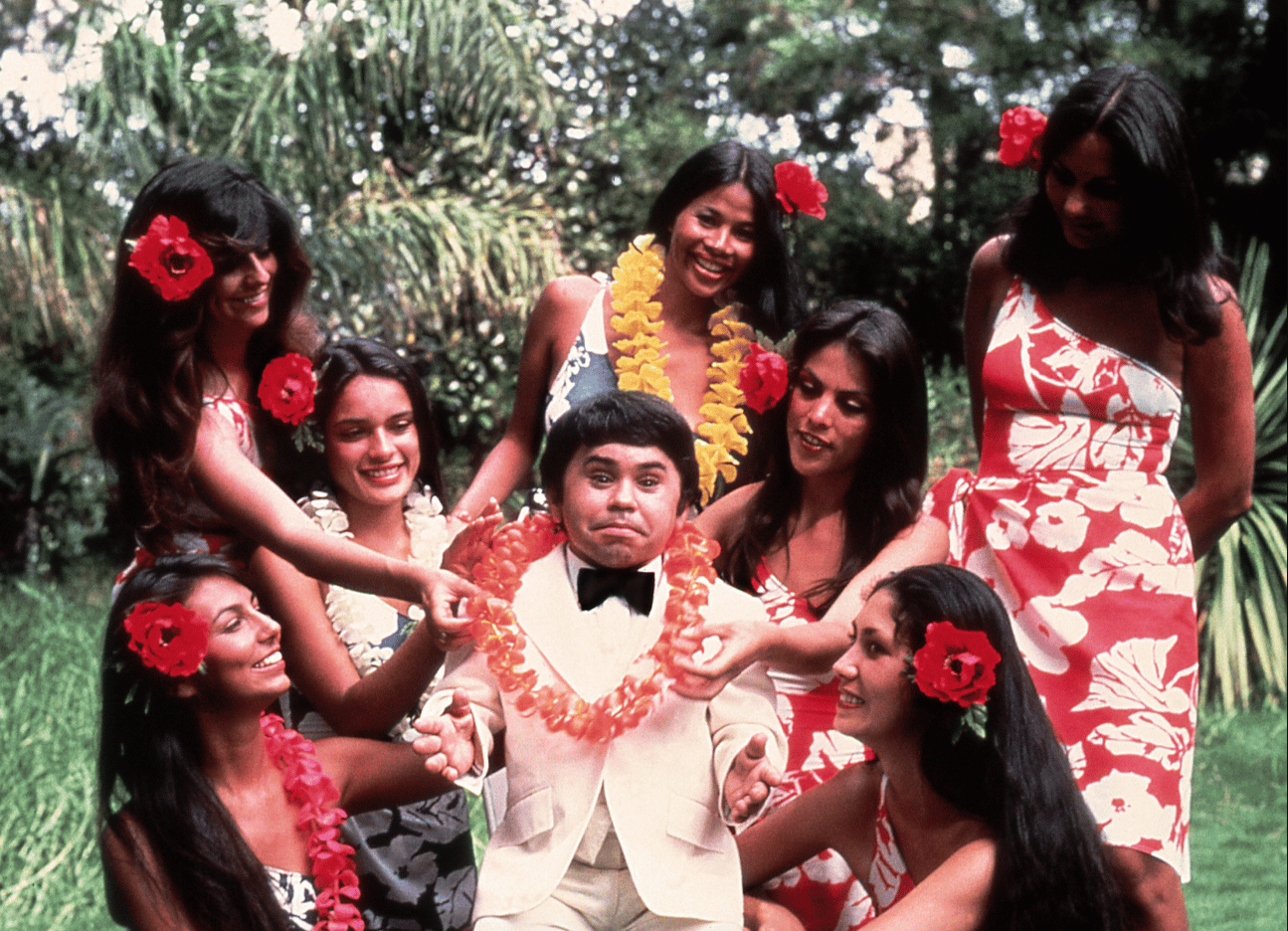 The popularity of Fantasy Island made Villechaize even more of a public figure than he had been in the wake of his Bond success, and with this came tabloid media scrutiny of his personal life. Given Villechaize’s dwarfism, there was lurid interest in the fact that he pursued relationships with women almost twice his height.

This became particularly intense when the actor wed Camille Hagan, a 5’8″ actress 14 years his junior. After meeting on the Fantasy Island set, Villechaize and Hagan were married in 1980, during the show’s third season. Speaking to People at the time of his marriage to Hagan, Villechaize lamented, “If a girl goes out with me, she’s treated like a tramp.”

Hagan herself remarked, “I resent being made fun of… I don’t mind people wanting to know about our marriage. I mind what they make of it.” Despite the couple’s insistence that they were “as normal as anyone,” this marriage would also end in divorce in 1982 – roughly a year before Villechaize was fired from Fantasy Island.

While producers Aaron Spelling and Leonard Goldberg had initially fought for Villechaize’s casting, tension reportedly built between them as the series went on. Villechaize’s womanising ways were part of this: reportedly the actor was in the habit of propositioning most of the women who worked on the show, which (even in those more permissive times) resulted in a slew of complaints.

Reportedly Villechaize’s rising fame during Fantasy Island had increased his insecurity. He travelled with a bodyguard, and would often carry a gun. This mental anguish was doubtless exacerbated by Villechaize’s physical condition: amongst other ailments, his dwarfism gave him under-sized lungs, which made breathing difficult.

He had also participated in research trials at UCLA, of which he remarked, “I’m not doing it because I want to grow, which is impossible now. I’m doing it to prolong my life. I shouldn’t be as active as I am. I have to take three steps to an average person’s one.” 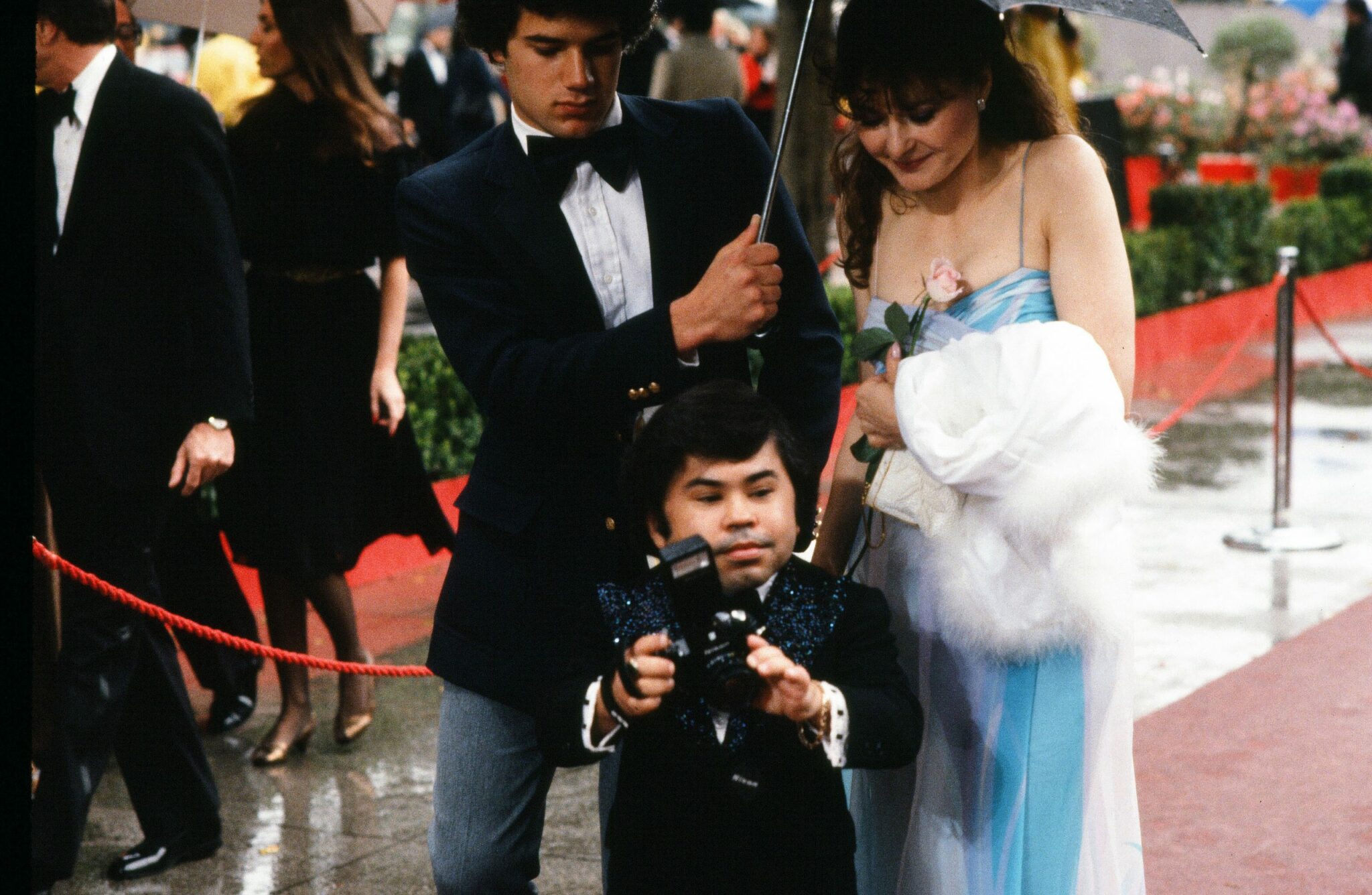 In the wake of his divorce from Camille Hagan, Villechaize is said to have grown more despondent, which prompted him to question how well he was being treated by Fantasy Island’s producers. According to People, he earned $4,000 per episode in 1980; this is said to have gone up to $25,000 per episode, a substantial sum but still less than Ricardo Montalban’s reported per-episode fee of $40,000.

When negotiations began for the show’s seventh season, Villechaize demanded he get the same money as Montalban. In response, ABC fired him, and Christopher Hewett was cast as a new, less colourful assistant to Roarke for what proved to be the show’s final season. 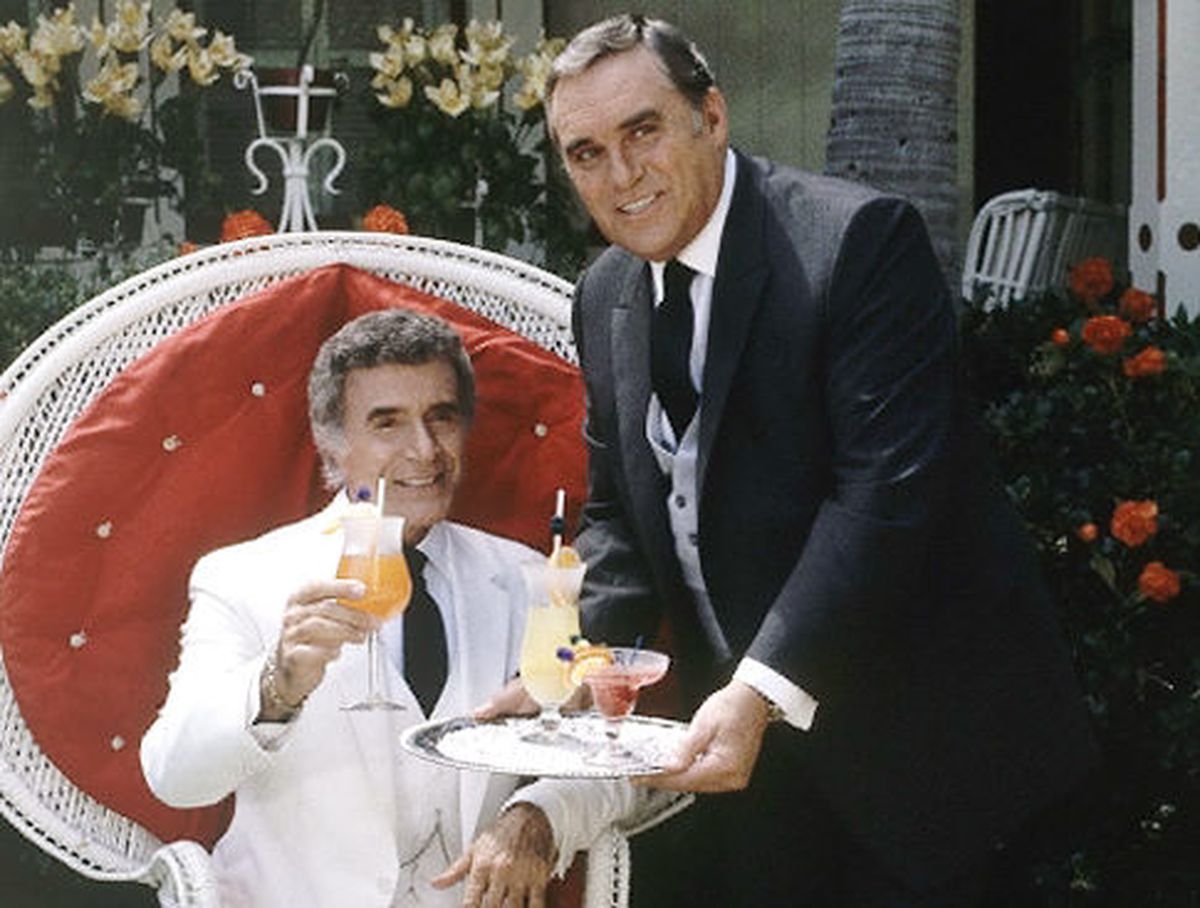 In the years that followed, Villechaize’s career faltered. He made sporadic appearances, often playing himself in TV comedy shows, commercials and music videos, earning a fraction of the salary he had commanded on Fantasy Island.

However, he also worked closely with charitable organisations helping the victims of parental and spousal abuse, as well as efforts to prevent teenage suicide. In a 1983 TV interview, Villechaize admitted to having attempted suicide numerous times throughout his life. Tragically, Villechaize would ultimately take his own life on 4th September 1993, aged 50.

In a tape recording he left of his final moments, he told his long-term girlfriend Kathy Self, “Kathy, I can’t live like this anymore. I’ve always been a proud man and always wanted to make you proud of me. You know you made me feel like a giant and that’s how I want you to remember me.” 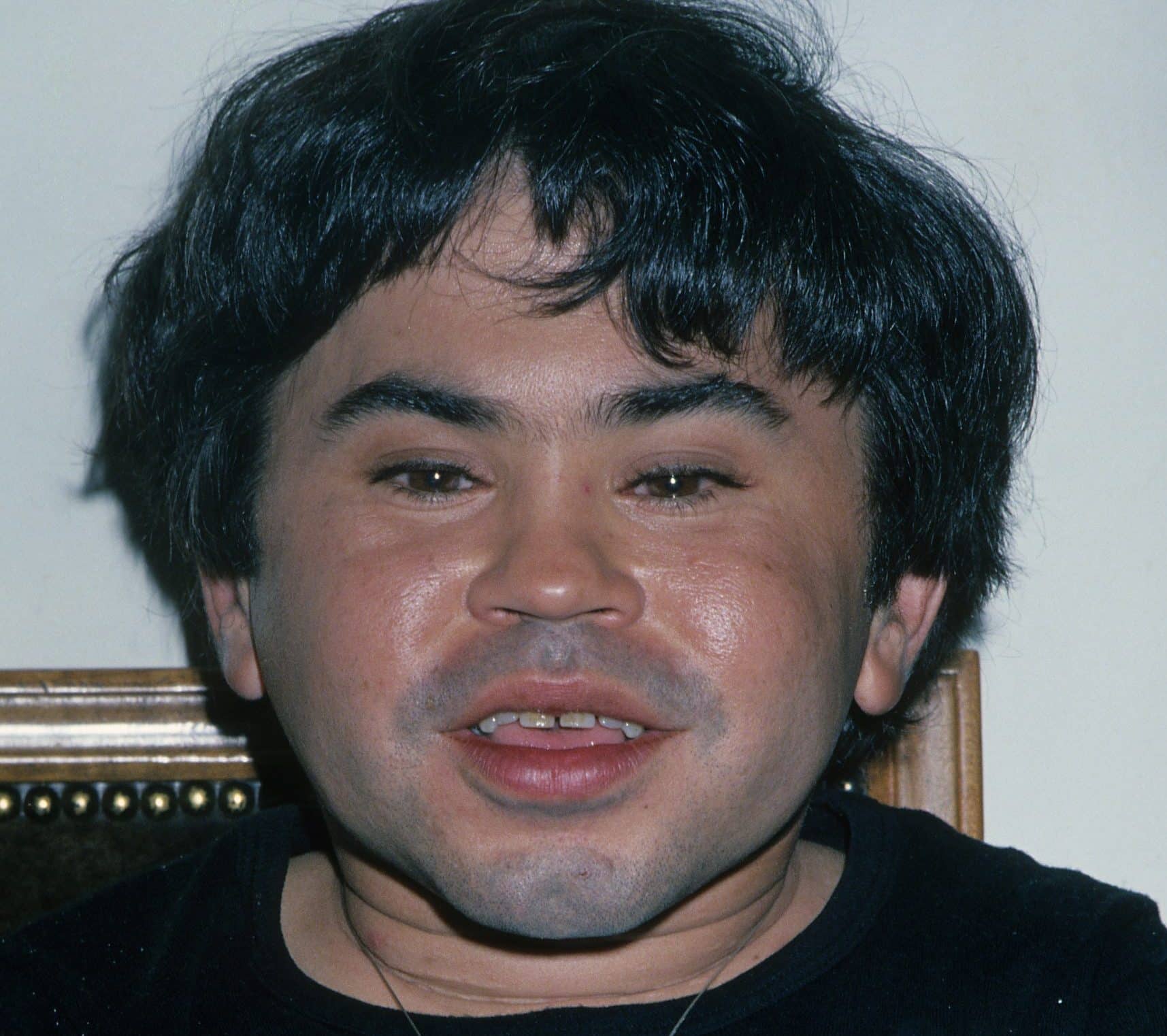 The actor’s publicist Sandy Brokaw told the Los Angeles Times, “Even back in Fantasy Island days, he never felt good. He had respiratory troubles, gastrointestinal troubles. In the past three years, his health got progressively worse. If you wake up every day and you just feel awful, you just give up. He was tired of the struggle.”

Brokaw noted at the time that attempts to get a Fantasy Island revival off the ground had proved unsuccessful. The series would ultimately be rebooted in 1998 for a single season, with Malcolm McDowell as Mr Roarke, while Michael Peña would play the character in the 2020 Fantasy Island movie. No new version of Villechaize’s Tattoo appeared in these iterations.