We know that many of you were massive fans of The Karate Kid during your childhood. Starring the gorgeous Ralph Macchio Jr. as Daniel LaRusso, The Karate Kid had us acting out our best Karate chops on our unsuspecting younger siblings to the music of Joe Esposito!

Directed by John Avildsen and with Noriyuki ‘Pat’ Morita and Elisabeth Shue featuring alongside Macchio, the coming-of-age drama tells the story of a teenager who is taught karate so he can learn to defend himself.

Written by Robert Mark Kamen and produced by Jerry Weintraub, the film attracted rave reviews and was even Oscar-nominated for Pat Morita character Mr Miyagi.

What happened to the Karate Kid cast?

The movie has even been remade and features some famous faces such as Jackie Chan and Jaden Smith. A string of movies, TV shows and merchandising followed the success of the original – but what of its stars? After helping such a culturally impactful film get made, what then? Well, suffice to say one or two stars went on to even greater things.

Believe it or not, the film released 35 years ago (with a release date of 20 June 1986), and given the success of sequel series Cobra Kai, we thought it was about time that we took a look at what the Karate Kid cast is up to today – and more importantly, what they look like! Follow us as we see how time has treated the stars of the production. 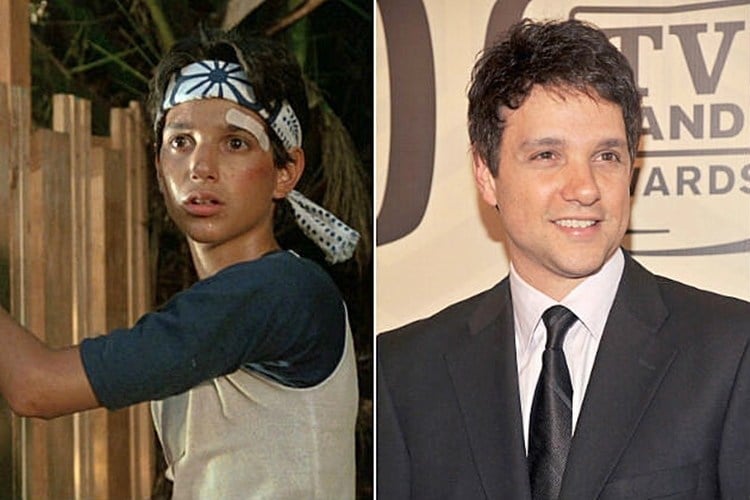 Sean Penn and Charlie Sheen may have both turned down the role of Daniel, but can you imagine anyone else but the gorgeous Ralph Macchio Jr. in the role? Believe it or not, during filming Macchio was actually aged 22, with many of the cast refusing to believe the man they believed to be a twelve-year-old when he told them how old he was!

Macchio was also cast in a number of other films, including Crossroads, My Cousin Vinny and The Outsiders. He has been married to his wife Phyllis Fierro for 32 years, having met her when he was just 15 years old! They have 2 children together called Julia and Daniel. 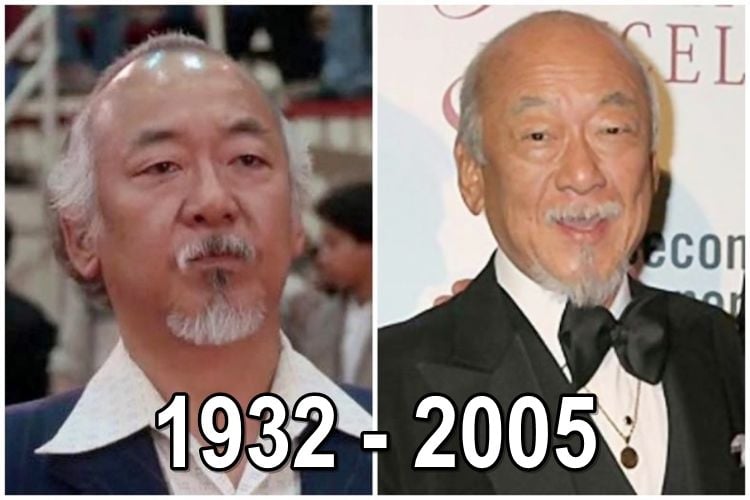 Noriyuki ‘Pat’ Morita’s brilliant performance as Mr Miyagi in The Karate Kid led to him being nominated for the Academy Award for Best Supporting Actor, although he sadly lost out to Haing S. Ngor in The Killing Fields. Morita returned for The Karate Kid Part II and has gone down in film history as a martial arts legend. He even returned for Hilary Duff misfire The Next Karate Kid.

Sadly, Morita died of kidney failure in 2005 at the age of 73. He is survived by his wife of 11 years, Evelyn, as well as three daughters from a previous marriage. 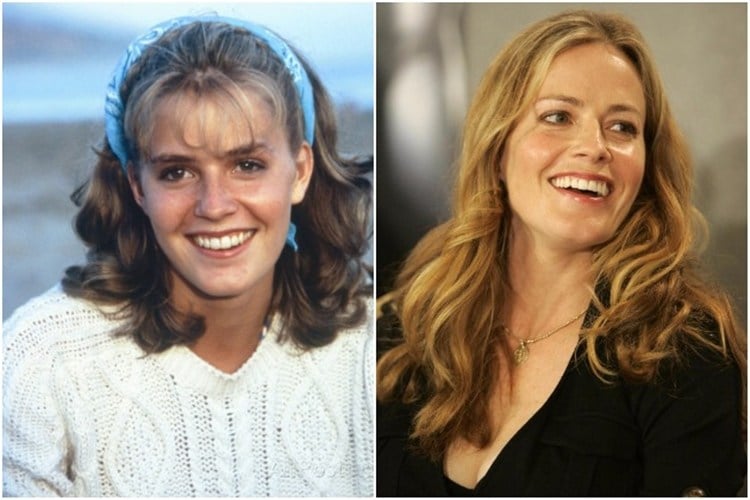 We had a massive crush on Elisabeth Shue, who was cast as Ali, high school cheerleader, ex-girlfriend of martial arts prodigy Johnny Lawrence and romantic pursuit of Daniel (Ralph Macchio), the titular Karate Kid.

Shue went on to star in a string of box office hits such as Cocktail, Back to the Future Part II and Part III, Leaving Las Vegas (for which she received an Oscar nomination), The Saint and Hollow Man, and she can currently be seen in the Amazon series The Boys. She married film director Davis Guggenheim in 1994, with whom she has 3 children called Miles, Stella and Agnes. 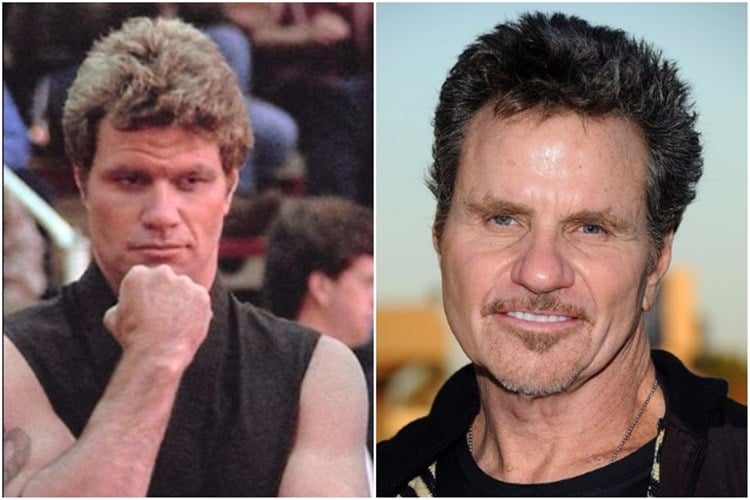 The main antagonist of the original Karate Kid film as well as The Karate Kid Part III, Kreese was cast brilliantly as Martin Kove. 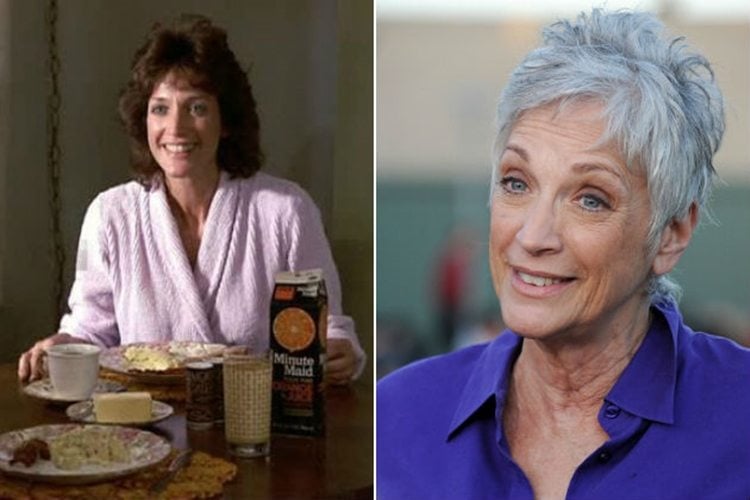 Randee Heller’s Lucille LaRusso is a single mother who moves to California with Karate Kid Daniel after the death of his father.

Heller is perhaps best known for playing Alice in the 70s sitcom Soap, who was one of the first lesbian characters in TV history. She also starred in the 4th series of Mad Men as Don Draper’s secretary Miss Blankenship, a role markedly different to her warm demeanour in the Karate Kid film series. She also had a minor role in 2005 film Monster-in-Law. 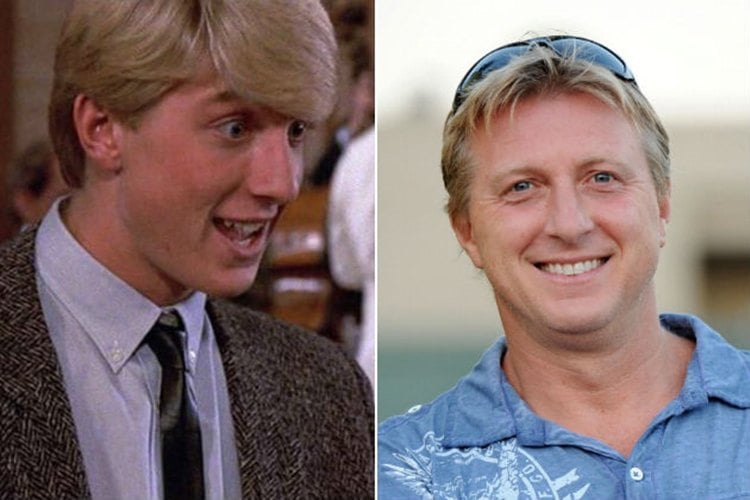 He was our favourite character in the original Karate Kid, so much so that we remember asking our parents to purchase his action figure for Christmas! William Zabka truly embodied the role of Johnny Lawrence. In our opinion, he’s the true Karate Kid.

Brilliantly, both Zabka and Ralph Macchio have recently reprised their roles on the Karate Kid spin-off TV show Cobra Kai, which follows the opening of a new and improved Cobra Kai karate dojo by Johnny and the continuation of his rivalry with LaRusso, both in karate and in life. Can he turn the page on his past, and will he ever see eye to eye with his rival?

If you’re a fan of the Karate Kid, why not check out our article on Cobra Kai?