Where The Cast Of Police Academy Are Now

From Moses Hightower to Eugene Tackleberry, have you ever wondered what cast of the original Police Academy film are up to now? And can you imagine what they look like three and a half decades later? Well wonder now longer, just scroll below to find out! 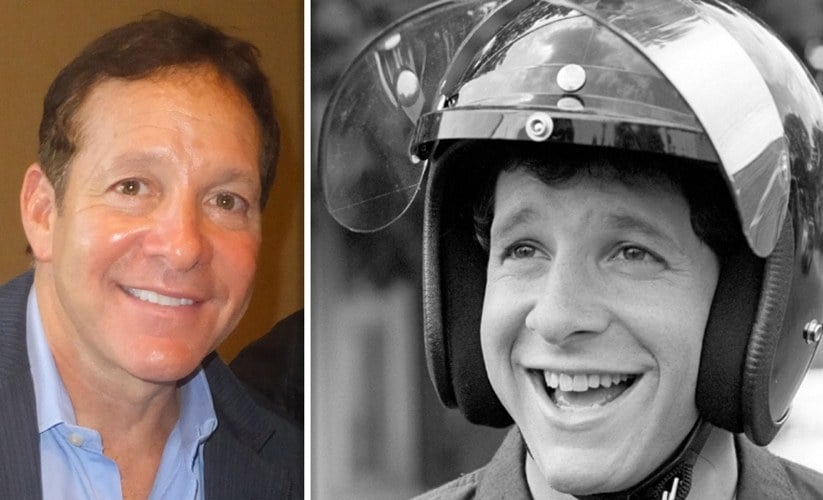 We can’t imagine anyone other than Steve Guttenberg in the role, but producers apparently suggested Tom Hanks should play Carey Mahoney in these iconic films, and Bruce Willis also auditioned for the part! Often seen protecting Commandant Lassard, Mahoney is the lead prankster who brings the cadets together, and is eventually decorated for bravery.

Guttenberg’s father was actually a real New York cop, and he starred in a number of other classic 80s films including Three Men and a Baby, Cocoon and Short Circuit. He more recently married for a second time, to television reporter Emily Smith. 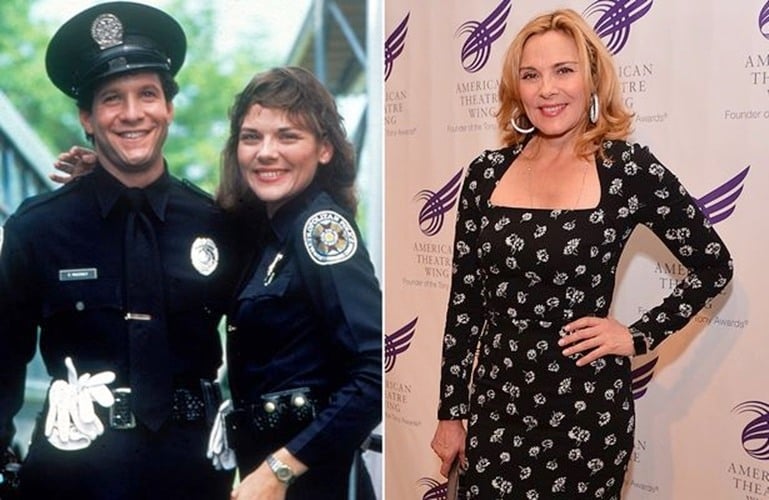 Kim Cattrall had a memorable role as Cadet Karen Thompson in Police Academy, although she didn’t return for the later films. A former socialite, Karen Thompson joins the academy in pursuit of adventure. But among the Police Academy 1984 cast, Cattrall was clearly one to watch, as she’s probably best known for her role in a later television show… 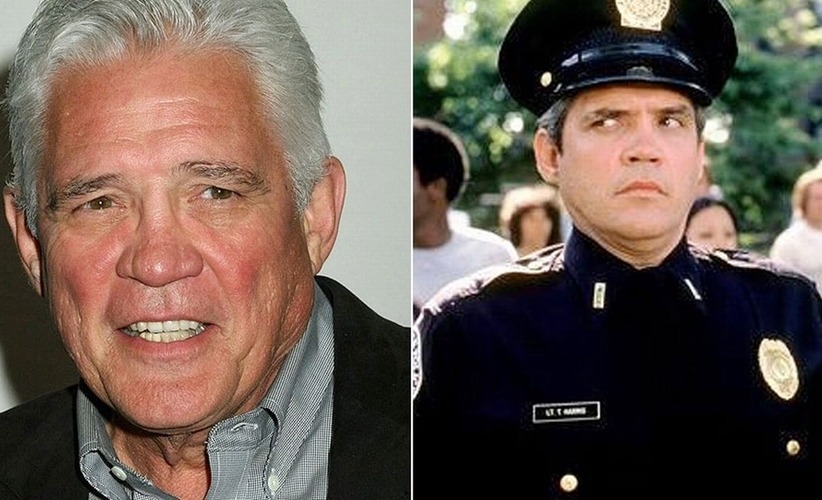 Unbelievably, G.W. Bailey claimed he was so drunk whilst shooting as Thaddeus Harris in Police Academy 4: Citizens on Patrol that he doesn’t remember anything about it at all! Lt Thaddeus Harris is an often unpleasant and cruel leader, who nevertheless is something of a joke in the eyes of every cadet.

Bailey is also well known for his role as Sergeant Luther Rizzo in the dark comedy M*A*S*H, and from 2005 to 2018 he played Lieutenant Louie Provenza in television crime drama The Closer, as well as its spinoff series Major Crimes. 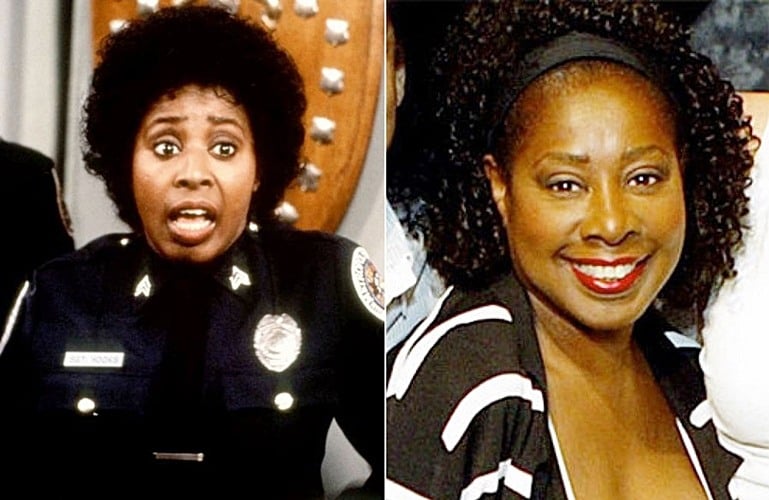 Marion Ramsey is best known for her squeaky voiced performance as Hooks, a sound that she developed after meeting the late Michael Jackson! Among the Police Academy cast, Ramsey’s character is Mahoney’s initial love interest.

Recently, Ramsey has appeared in a number of low budget films including Recipe for Disaster and Return to Babylon, as well as television movies such as Lavalantula. 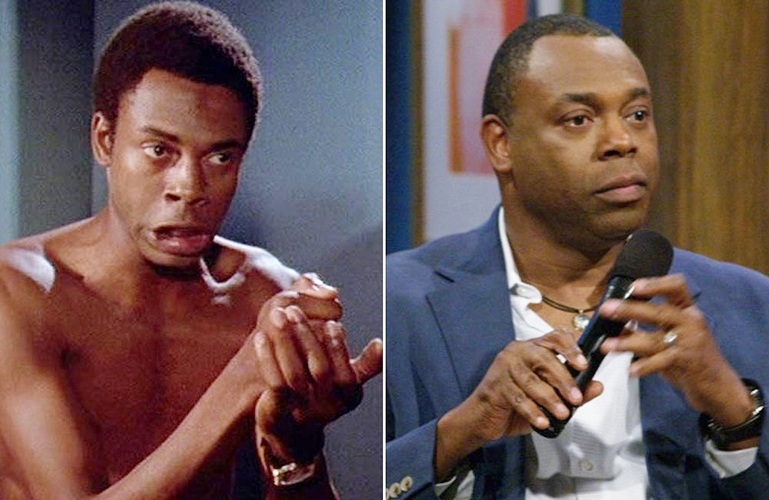 Whilst 3 actors appeared in all 7 Police Academy films, Michael Winslow is the only actor that starred in every film as well as the live action ‘Police Academy: The Series’.

Winslow is of course known as ‘the Man of 10’000 sound effects’, due to his ability to make realistic sounds using only his voice, and he was seen in a number of other films during the 1980s, including 1987’s Spaceballs. 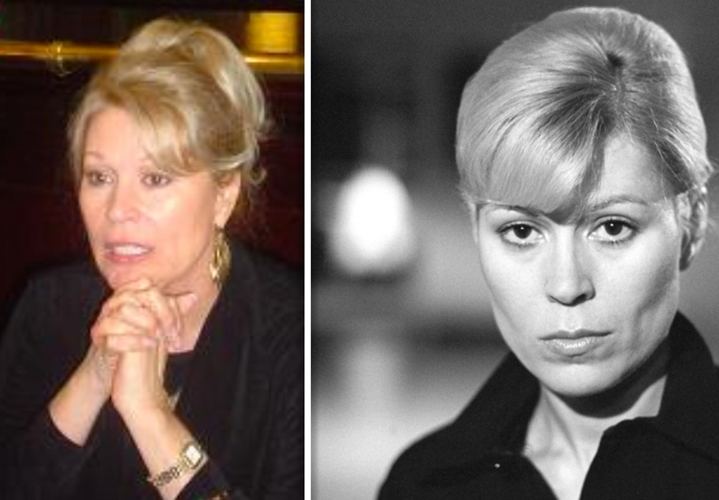 Leslie Easterbrook didn’t need to pretend to love guns, as she was a real life National Rifle Association member and a sports shooter, and had even created her own shooting video! She joined the Police Academy cast after playing Rhoda Lee in Season 6 of the television series Laverne & Shirley in 1980.

Easterbrook is also quite well known for playing the character Rhonda on a television show called Laverne & Shirley, and she is married to M*A*S*H writer Dan Wilcox. 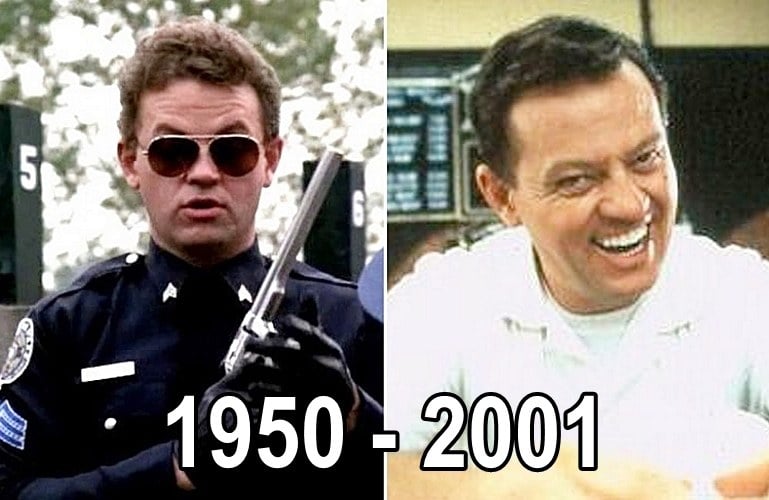 David Graf was cast in all 7 of the Police Academy films, and we don’t know about you, but Eugene Tackleberry was one of our favourite characters, best remembered for his love of firearms! He joined the cast and crew after playing Gergley in 1981’s Four Friends as well as many a television production including M*A*S*H, The A Team and The Dukes of Hazzard.

He made his film debut in 1981 when he played Gergley in the drama Four Friends. Sadly David Graf died of a heart attack in 2001, only nine days before his 51st birthday. He is survived by his wife Kathryn Graf with whom he had 2 sons. 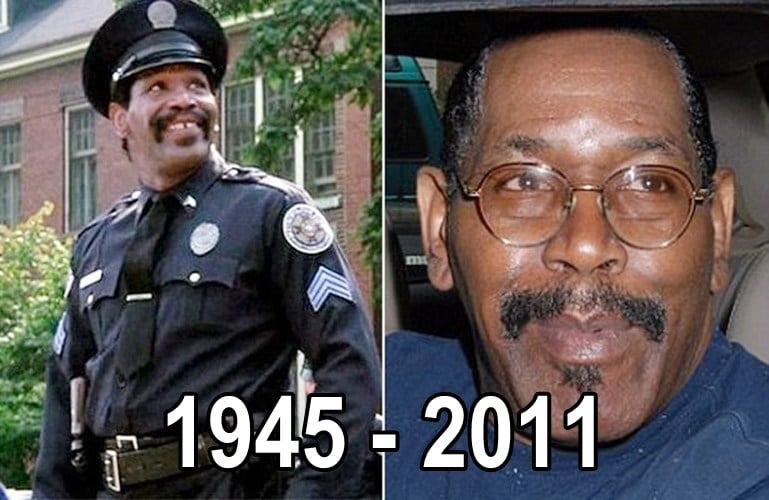 Bubba Smith began his career as a professional American football player, and he only became an actor after retiring from the sport. He starred as Cadet Moses Hightower.

Cadet Hightower features in all the films of the franchise except Police Academy: Mission to Moscow. In line with Smith’s image as a footballer, Moses Hightower is a fearsome combatant among the characters – but he joins the academy after a career in flower arranging. Sadly, Smith is also no longer with us, having died in 2011 from acute drug intoxication and heart disease at the age of 66.