How Harrison Ford’s Carpentry Gig Got Him Star Wars

In 1977, George Lucas introduced the world to a major new movie star in Harrison Ford. As Star Wars smuggler-turned-hero Han Solo, Ford was an overnight sensation, with Lucas’ sci-fi blockbuster kickstarting what would be one of the most successful acting careers in Hollywood history. But while Ford did have to go through a long audition process to win Star Wars, it was far from his first role – nor was it the start of his relationship with George Lucas.

Contrary to popular myth, Ford was not a carpenter before he was an actor. A professional actor since 1965, Ford took up carpentry in the late 60s to sustain himself and his family between film and TV gigs. It was through acting that Ford first met George Lucas, who gave Ford a small role in 1973’s American Graffiti.

However, it was as a carpenter at Lucas’ offices that Ford met the director again, in 1975, during what proved to be fateful auditions for Star Wars. 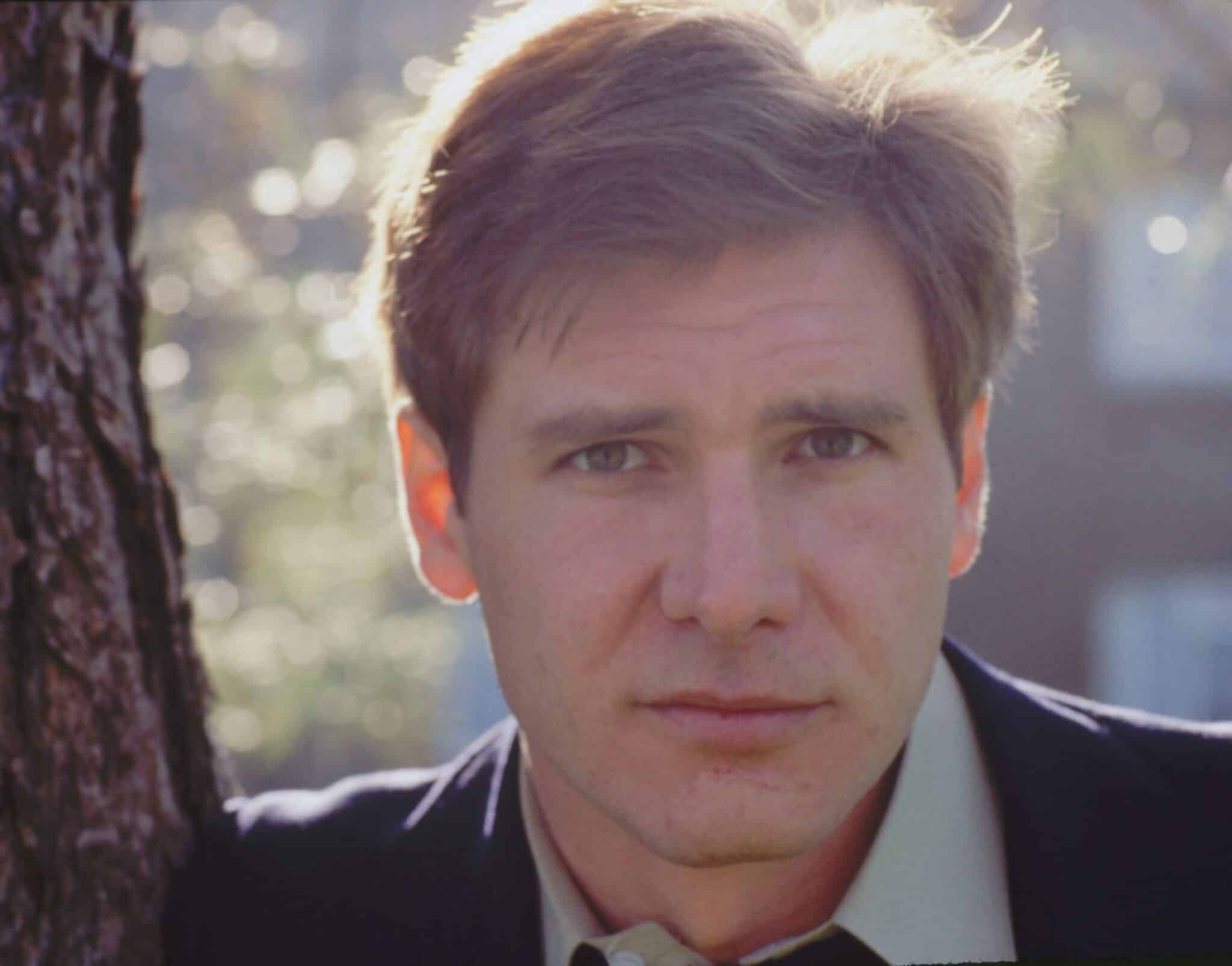 “Through carpentry, I fed my family”

Harrison Ford was born in Chicago, Illinois in 1942. The child of an Ashkenazi Jewish mother and Irish Catholic father, he threw himself into Boy Scouting in early life, receiving the Life Scout rank and becoming a badge counsellor. But Ford was a shy teenager, and he has described himself as a “late bloomer” who quietly dreamed of becoming an actor.

He took drama classes at Ripon College in the 60s and found his first movie role as a bellhop in the 1966 movie Dead Heat on a Merry-Go-Round. Thanks to a contract with Universal Studios, Ford took up various minor TV parts, but he missed out on a lead role in the movie Model Shop (1969) when a studio boss felt that he had “no future” in the industry.

Ford was particular about his work. Rather than accepting roles he wasn’t passionate about, he taught himself carpentry to earn a stable income, something that took on extra importance when his first wife, Mary Marquardt, fell pregnant with their second child.

“Through carpentry, I fed my family and began to pick and choose from among the roles offered,” Ford later recalled. “I could afford to hold out until something better came along. But I never gave up my ambition to be an actor. I was frustrated but never felt defeated by my frustration.” 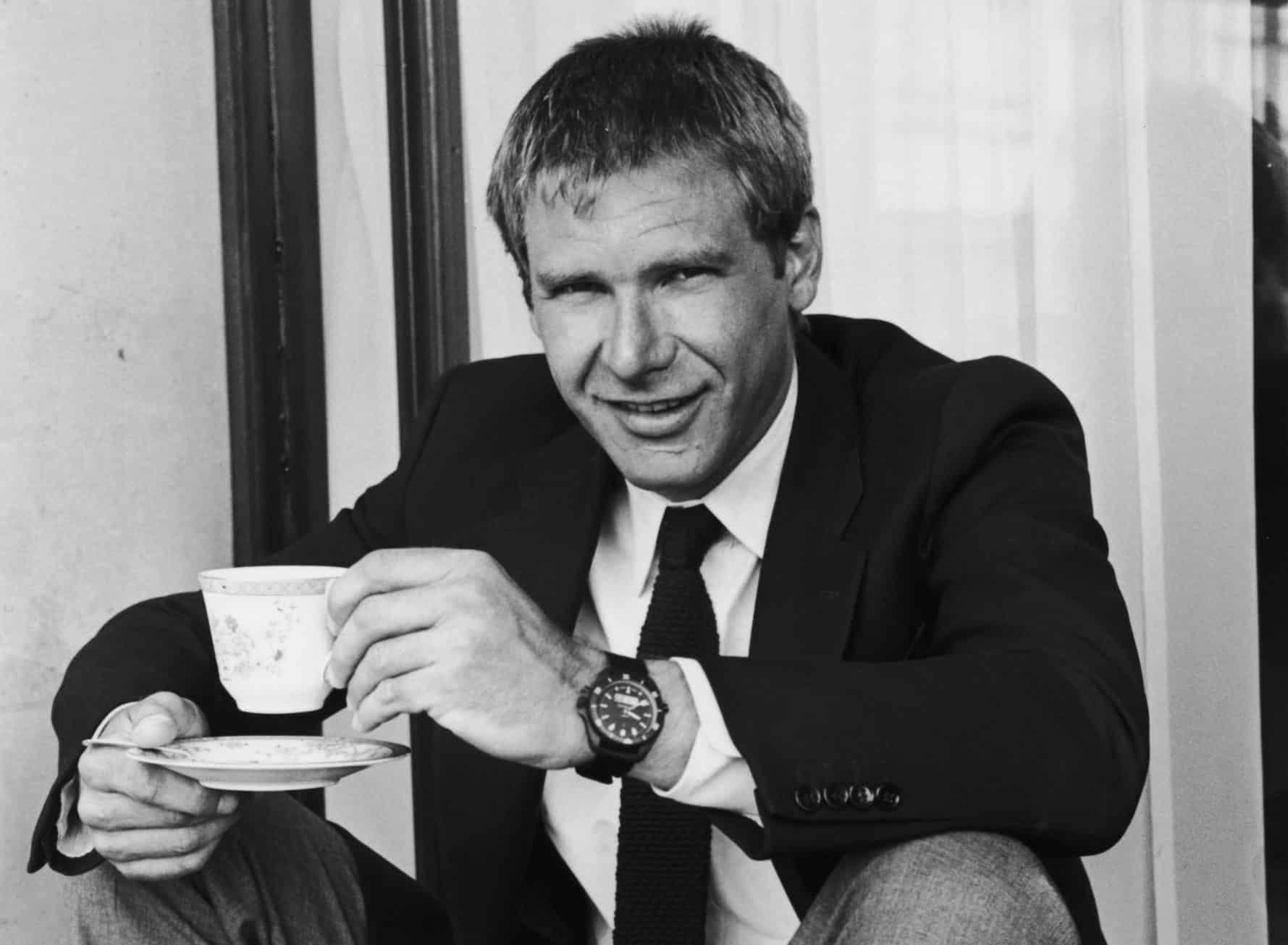 While working for Universal Pictures, Ford met his biggest cheerleader: casting director Fred Roos. Struck by Ford’s talent, Roos sang his praise among Hollywood’s top directors, and he also hired Ford as a carpenter when times were tough.

Roos has commented that Ford was disillusioned with movies when they first met: “He was angry about Hollywood and the whole studio system.”

“Fred is a very loyal man,” Ford has since said. “Once he believes in you, he is unrelenting. He kept putting me up for parts and I kept getting rejected.” In his eight years as a carpenter, Ford would only land “about three or four films”. 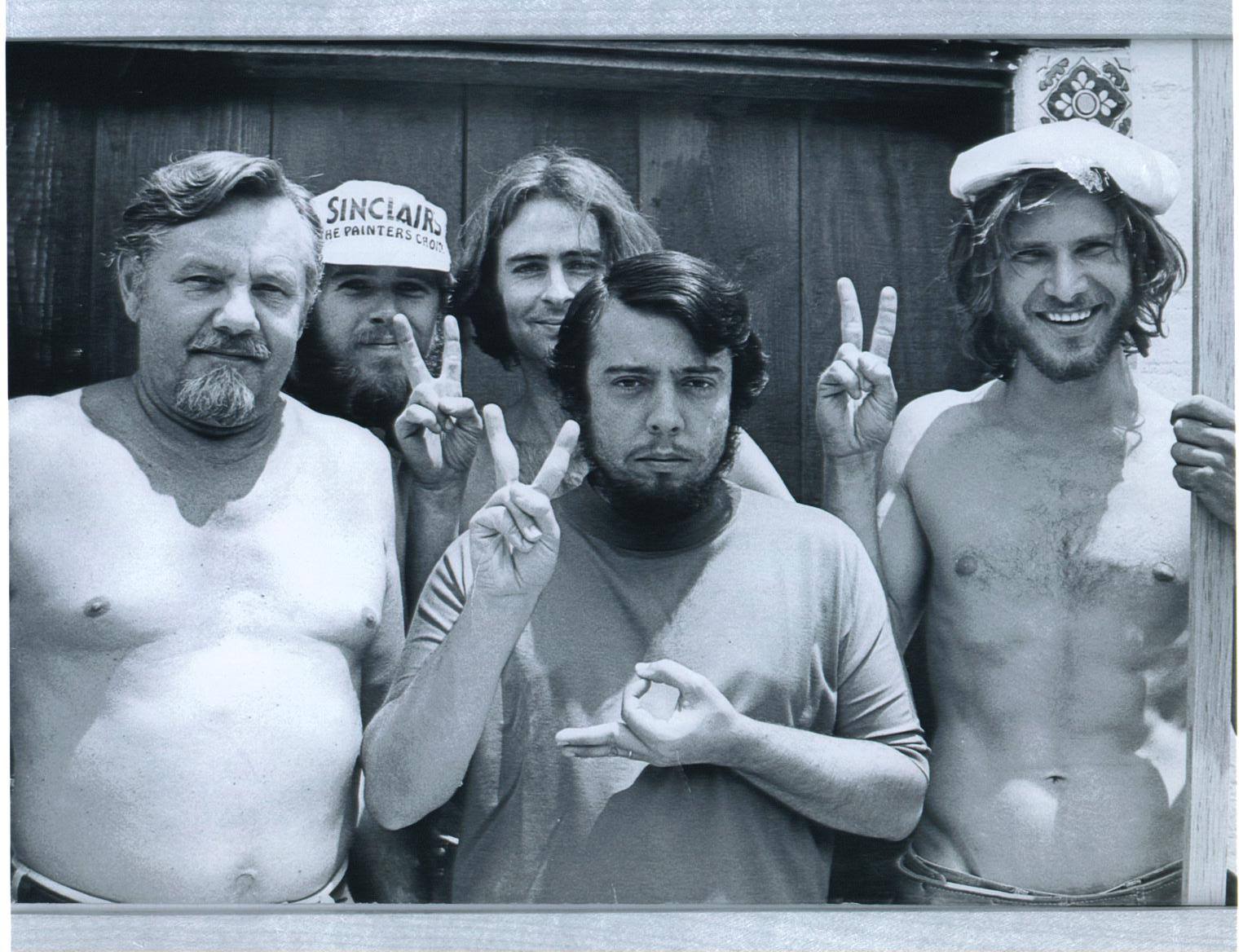 Ford was no slouch as a carpenter, with notable clients including author Joan Didion, jazz star Sergio Mendes and ‘Hot Lips’ Houlihan actress Sally Kellerman. His dream, however, remained acting for the movies.

A break came for Ford with 1973’s American Graffiti, directed by George Lucas and produced by Francis Ford Coppola, two people who would be pivotal in Ford’s path to stardom. As American Graffiti’s casting director, Roos spotted an opportunity for Ford in the role of Bob Falfa.

Speaking at the Telluride Film Festival in 2004, Lucas recalled that during the auditions, “[Roos would] say, ‘This [Harrison Ford] is the one,’ and I’d say, ‘No, let’s test others,’ and he was right, every time.” Incredibly, Ford almost didn’t take the Bob Falfa role, as the $485/week he was originally offered was less than the $500/week he could make as a carpenter. (Thankfully, Roos convinced Lucas to bump Ford’s pay by $15.) 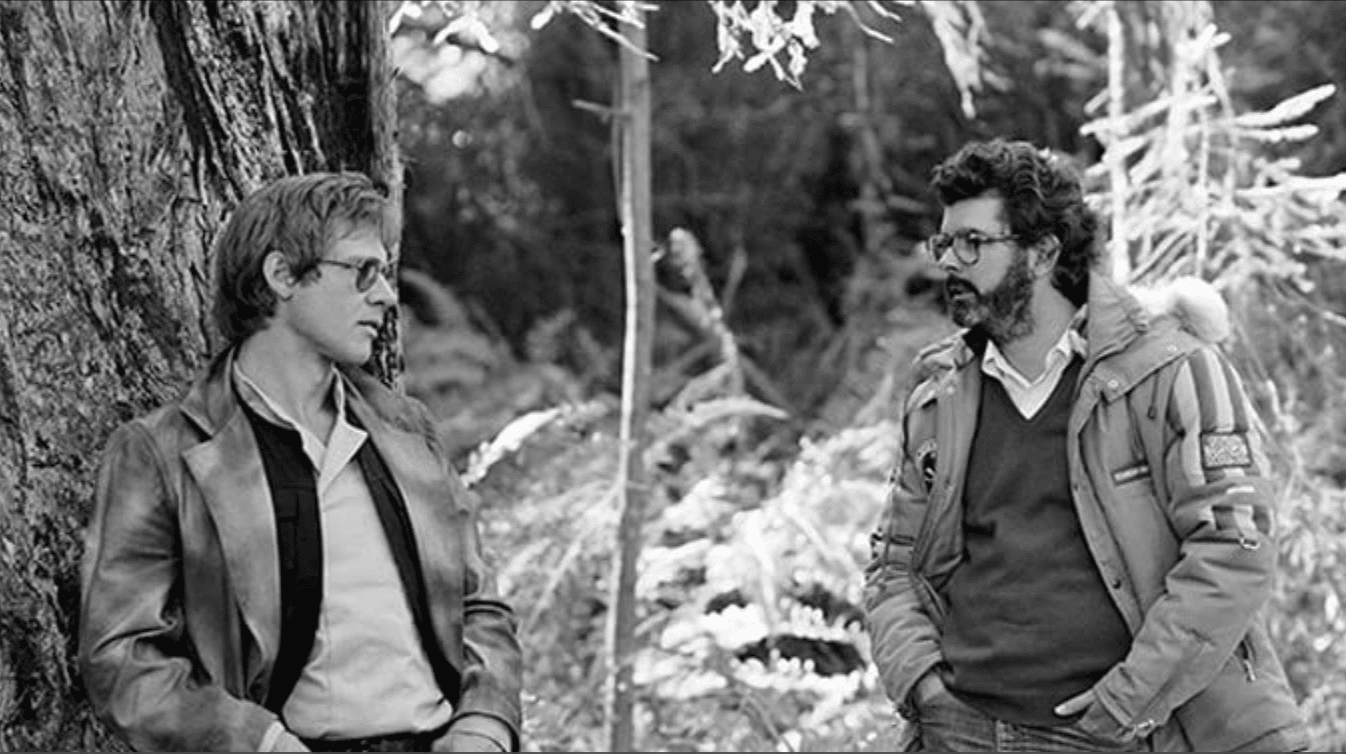 Though American Graffiti was a major success, it did little to boost Ford’s career. “In American Graffiti, I could see that he was a real talent, and he didn’t have much of a part,” Lucas has since noted.

Through Roos and American Graffiti, Ford found work as a carpenter for American Zoetrope, a production company founded by Lucas and Francis Ford Coppola that would be responsible for some of the biggest movies of the 1970s. 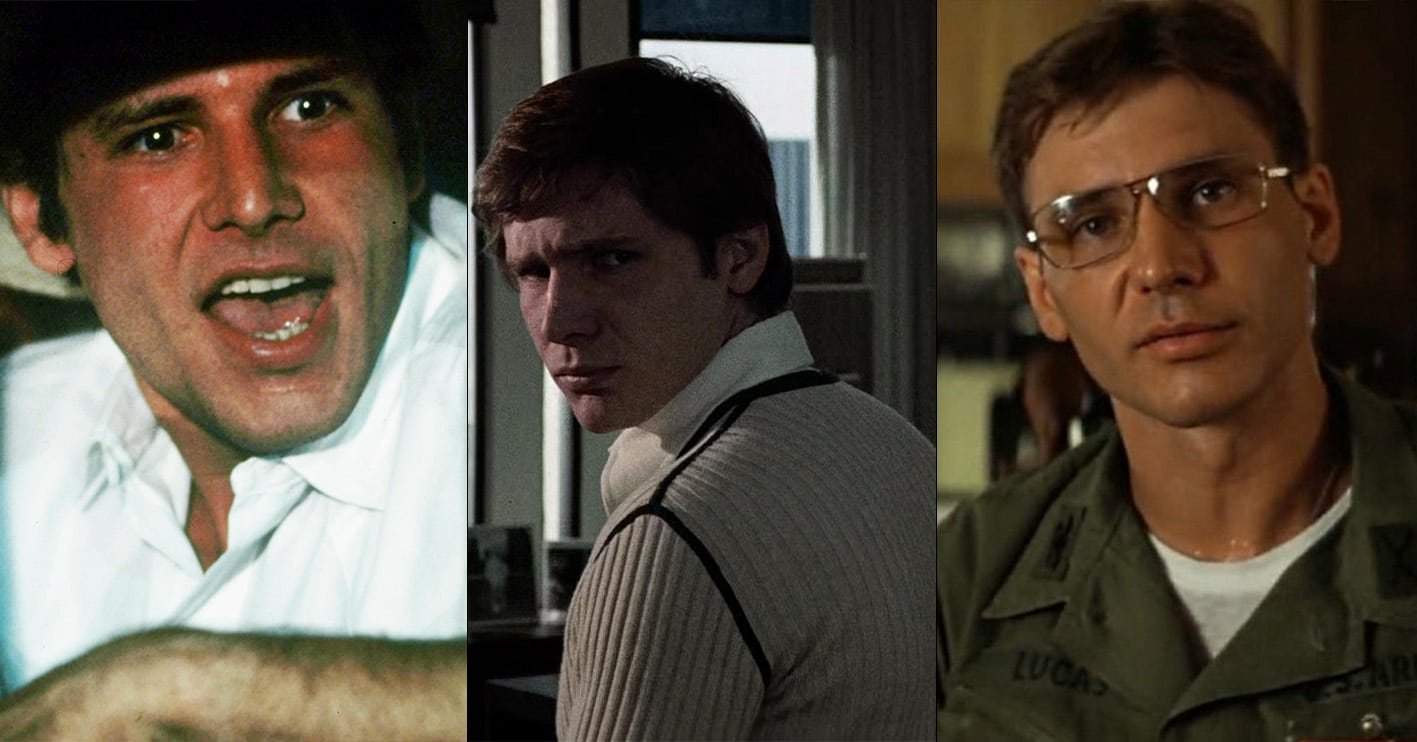 Ford won an audition with Lucas for Star Wars by chance, while he was doing carpentry work at the American Zoetrope offices. One morning in 1976, Lucas entered the site to begin the Star Wars casting process. Lucas and Ford struck up a conversation and soon Ford had charmed his way into auditions.

Lucas has suggested Roos arranged the entire ‘chance’ meeting. “Later I found out it was a casting director who said [to Ford]: ‘Right, sit up right outside of the office and pretend like you’re building something’,” Lucas said at a 2017 panel event.

Ford remembers it differently: “Rubbish!… I was actually there working. I wouldn’t sit out in front and wait for you, George!” Roos, meanwhile, has coyly described the second meeting between George Lucas and Harrison Ford as “serendipitous.” 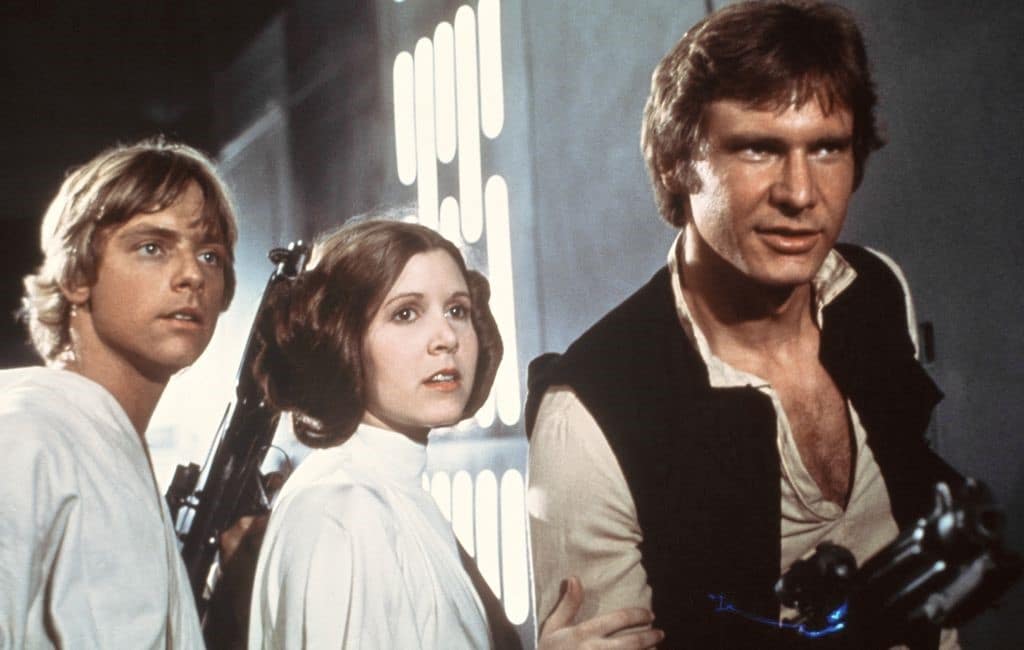 At first, Lucas was reluctant to re-cast stars from American Graffiti in his new sci-fi movie. Instead, he hired Ford to read lines alongside the auditioning actors, of which Ford said in a 2014 Reddit AMA, “I was approached with the offer of a job, which at that point, was all I wanted to hear”. But Roos was hard at work to promote his favourite.

“I was, from the get-go, pushing him for Han Solo,” Roos has said. “‘George, you saw him right under your nose in American Graffiti,’ and finally it clicked with George. Other people were considered, but finally I won the day with George on that one.” 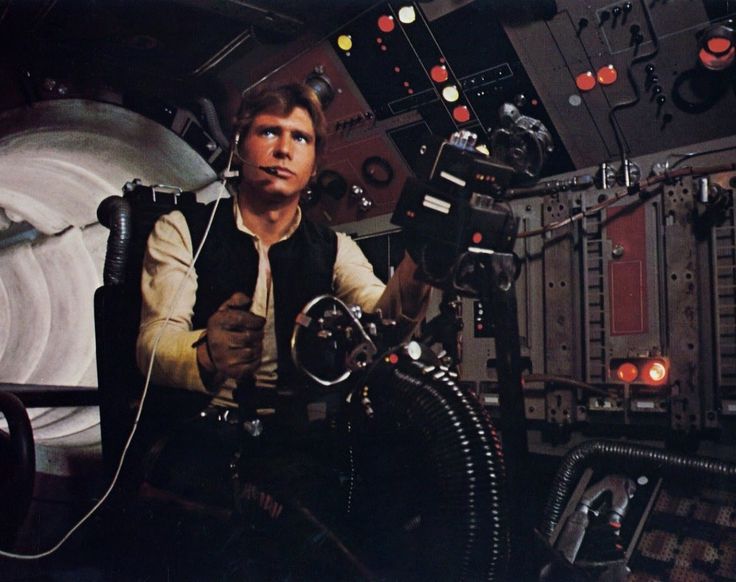 Lucas has suggested that Ford’s sense of humour ultimately won him the role of wise-cracking Han Solo, who Lucas based in part on Francis Ford Coppola. In his official Han Solo audition, Lucas jokingly asked Ford, “You know this is about spaceships, flying, things like that – you know how to fly?” Ford replied immediately, “Fly? Yeah. Land? No.” Lucas has commented that this was the moment Ford won the role.

Other contenders for the role of Han Solo included Christopher Walken, Kurt Russell, Al Pacino and Sylvester Stallone. In characteristically understated fashion, Ford says: “I had helped George Lucas audition other actors for the principle parts, and with no expectation or indication that I might be considered for the part of Han, I was quite surprised when I was offered the part.”

After he won the role, the little-known Ford only pocketed $10,000 for playing Han Solo in the first Star Wars movie. The role made Ford a household name, however, and he went on to star in the immensely popular and lucrative Indiana Jones franchise (first penned by George Lucas), plus four more Star Wars movies. 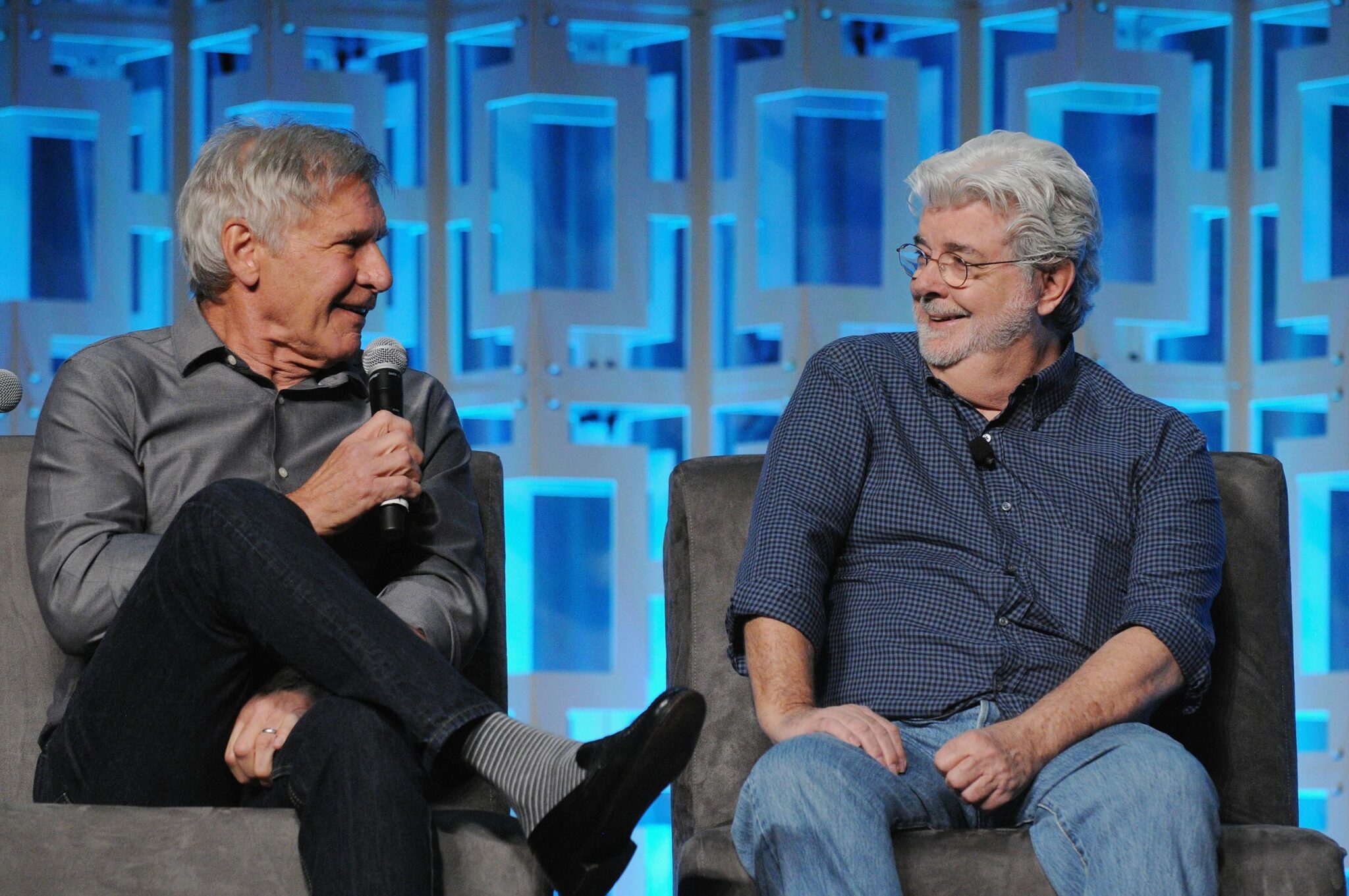 Ford’s relationship with George Lucas has been sometimes rough, as he’s mocked Lucas for some of Star Wars’ cheesier writing. “There were times when I issued a threat to tie George up and make him repeat his own dialogue,” said Ford in 1977.

But both have praised each other on countless occasions over the years, and Ford will sometimes push aside his Star Wars jokes to comment seriously on how Star Wars changed his life.

When he met new Star Wars lead Daisy Ridley in 2015, Ford told her: “Your life will change and you will get used to it, and you’ll be by turns, happy and delighted and employed and then you’ll wonder what the hell happened every once in a while.”