Halloween Vs Friday The 13th: Which Is The Best Horror Movie Series?

For anyone who grew up on 80s horror, two of the real juggernauts of the genre were Halloween and Friday the 13th. Those fright-filled franchises dominated the era (along with A Nightmare on Elm Street), and they gave us two of the most memorable masked maniacs ever to grace the big screen.

The Halloween and Friday the 13th movies clearly have a lot in common, but which is the greater series overall? That’s the question we’re here to tackle today, so let’s break down point by point how they measure up… 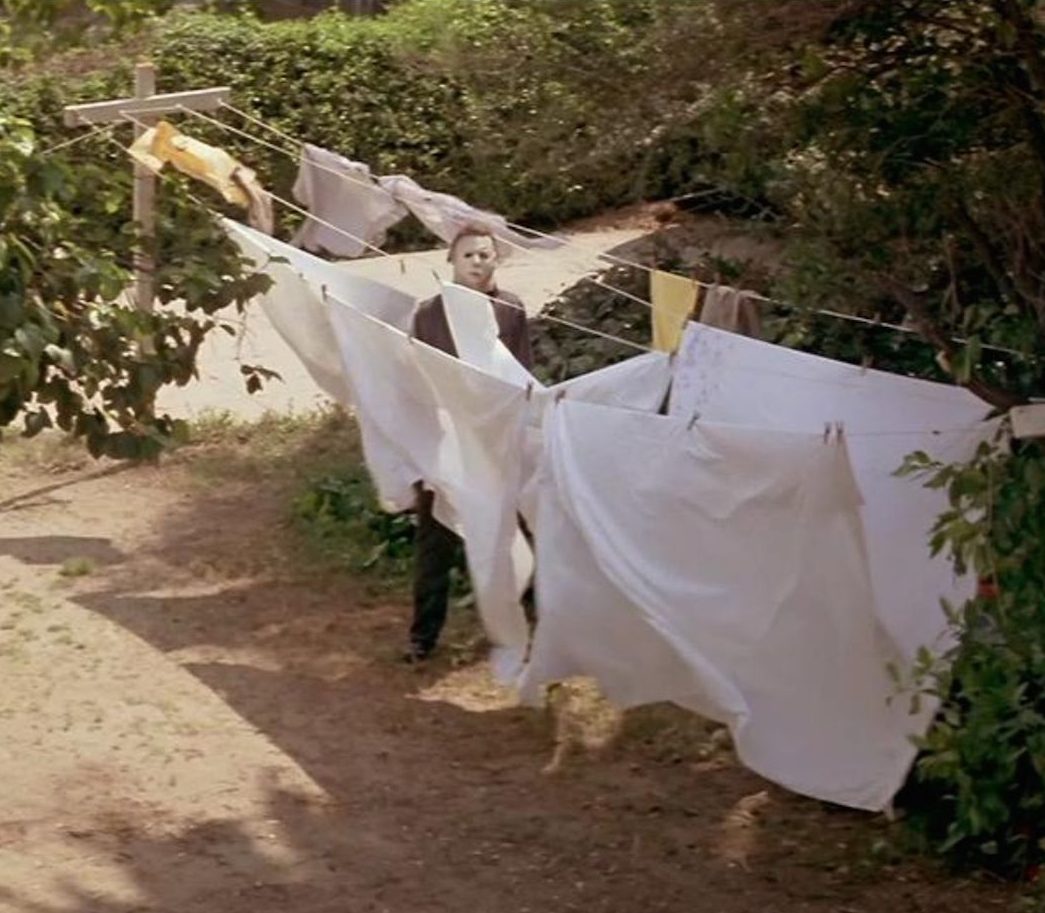 Halloween sees a suburban neighbourhood under attack from a crazed killer; Friday the 13th offers the same, but in an isolated lakeside summer camp in the woods. Both of these are familiar settings – but not everybody goes to summer camp. However, most of us at least live on a street with other houses nearby.

Thanks to this, Halloween hits that bit closer to home. It’s easy to avoid a psycho killer who only gets you if you go in the woods, but not if he comes to get you where you live!

Most creative kills: Friday the 13th 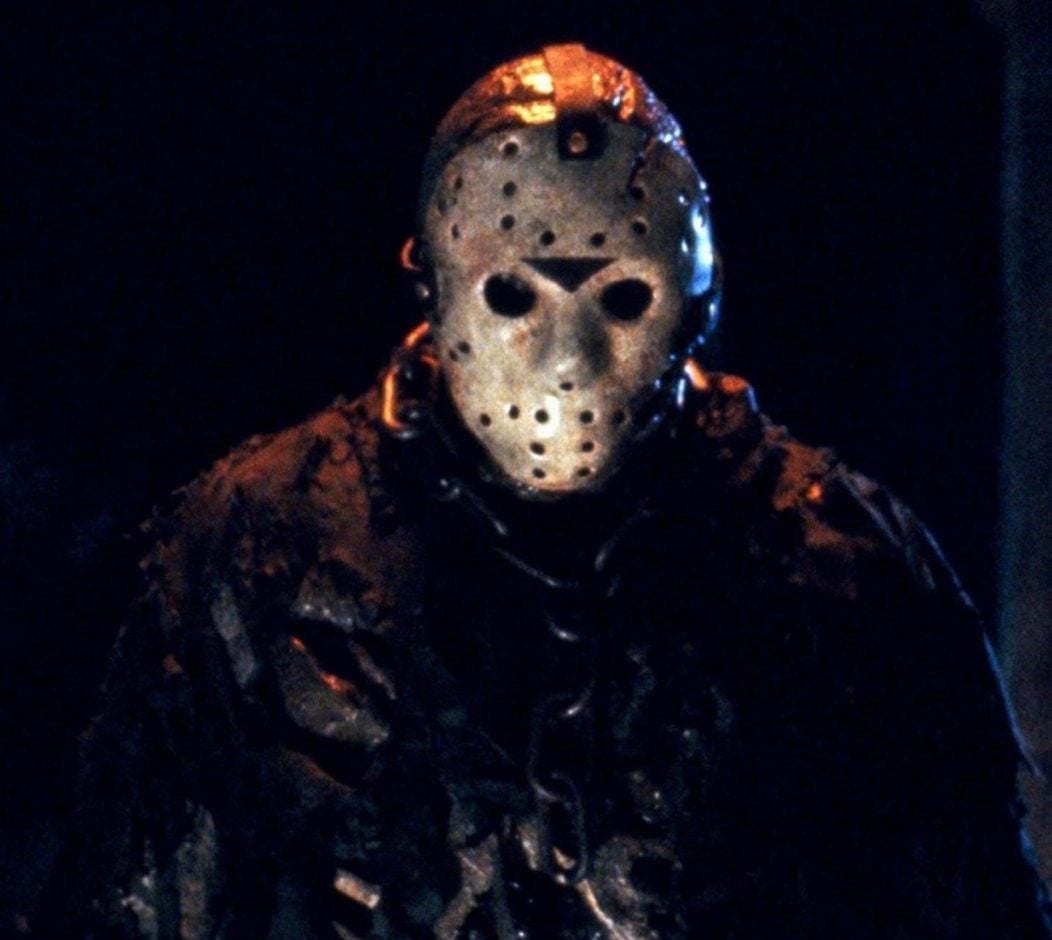 Director Sean Cunningham’s original Friday the 13th hit screens in summer 1980, almost two years after John Carpenter‘s original Halloween. It was immediately obvious that Cunningham’s film owed a great deal to Carpenter’s, but it upped the ante in one significant way: the death scenes.

Where the original Halloween showed minimal bloodshed, Friday the 13th showed as much grisly detail as it could. This set a precedent for the sequels that followed, with crowd-pleasing kills that were increasingly outlandish and elaborate.

A vital mood-setter for any horror movie (or indeed, any movie full-stop) is the soundtrack. Halloween definitely has the edge there, as the original film’s director John Carpenter was also one of the great pioneers of electronic music in film scores. For Halloween, Carpenter composed and performed one of the simplest, yet most unforgettably creepy theme tunes ever, one which has been used consistently throughout the franchise. Carpenter was even lured back to provide the music once again on the 2018 Halloween reboot, and its upcoming sequels.

Still, this is not to slight Harry Manfredini’s score for Friday the 13th, most memorably for the whispered “ki-ki-ki ma-ma-ma” refrain which also became a staple of that series.

Most coherent storyline: Friday the 13th 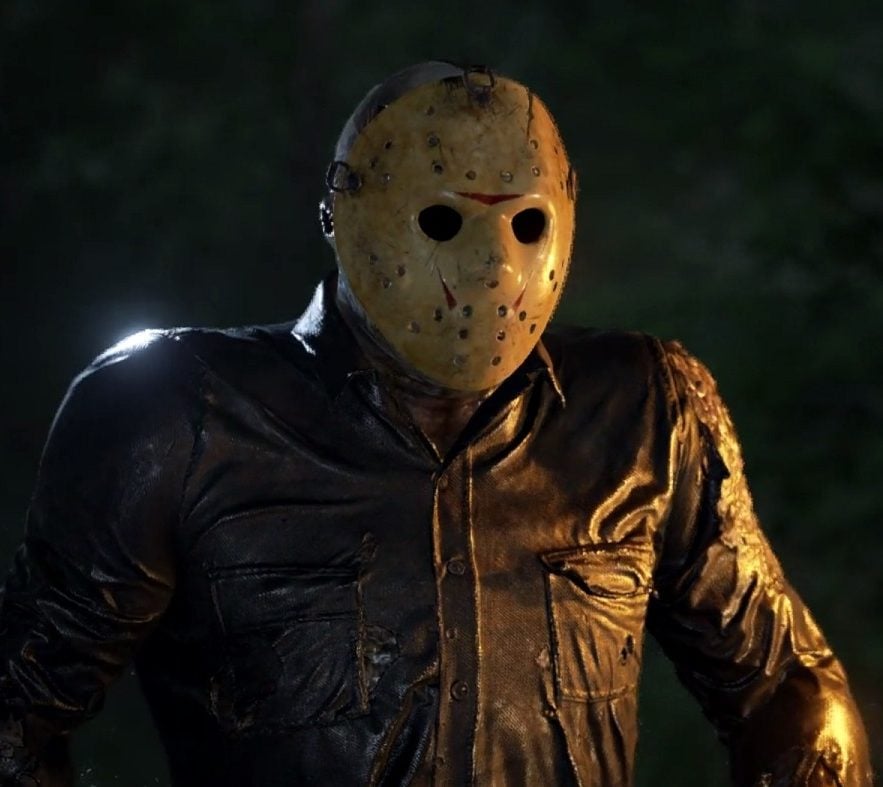 Considering both franchises have stretched out over more than four decades, it’s inevitable that the narrative thread would get a little convoluted. However, we’d argue Friday the 13th has remained the easiest to follow, as all you ever really need to know is that Jason’s out there and wants to kill everyone.

The Halloween series, by contrast, has frequently been in danger of trying too hard. Starting with its infamous revelation about Michael Myers and Laurie Strode in Halloween II, things started to unravel; if you could keep track of the mythology by Halloween 6, you’re doing better than us. 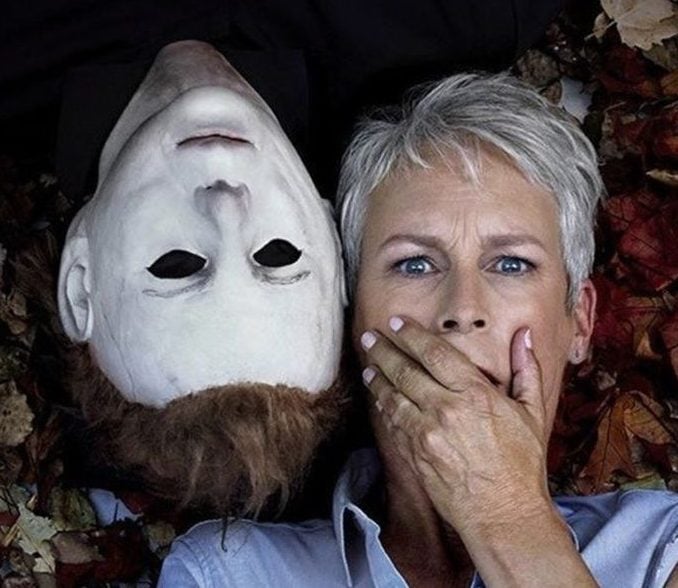 Halloween always been deemed the more prestigious of the two horror franchises, and has generally attracted a higher class of actors. Famously, the original’s heroine Jamie Lee Curtis went on to enduring success. Others to have crossed paths with Michael Myers include Paul Rudd, Michelle Williams and Josh Hartnett.

That’s not to say Friday the 13th didn’t give us any future stars: the original features Kevin Bacon, whilst a pre-Back to the Future Crispin Glover appears in the fourth movie. 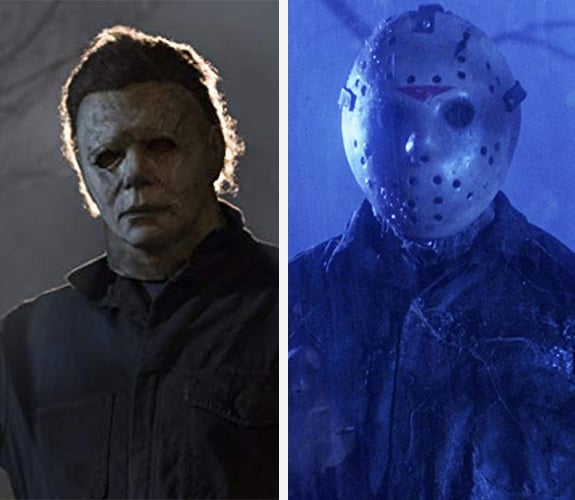 The effectiveness of any ongoing horror franchise obviously hinges on the killer charisma of its antagonist. Halloween’s white-faced Michael Myers and Friday the 13th’s hockey-masked Jason Voorhees rank among the creepiest big screen boogeymen ever, and it’s hard to say who has the edge.

In our eyes, it’s simply too close to call. Michael and Jason are hulking horrors designed to cause nightmares, and both have been hugely successful in that for decades. 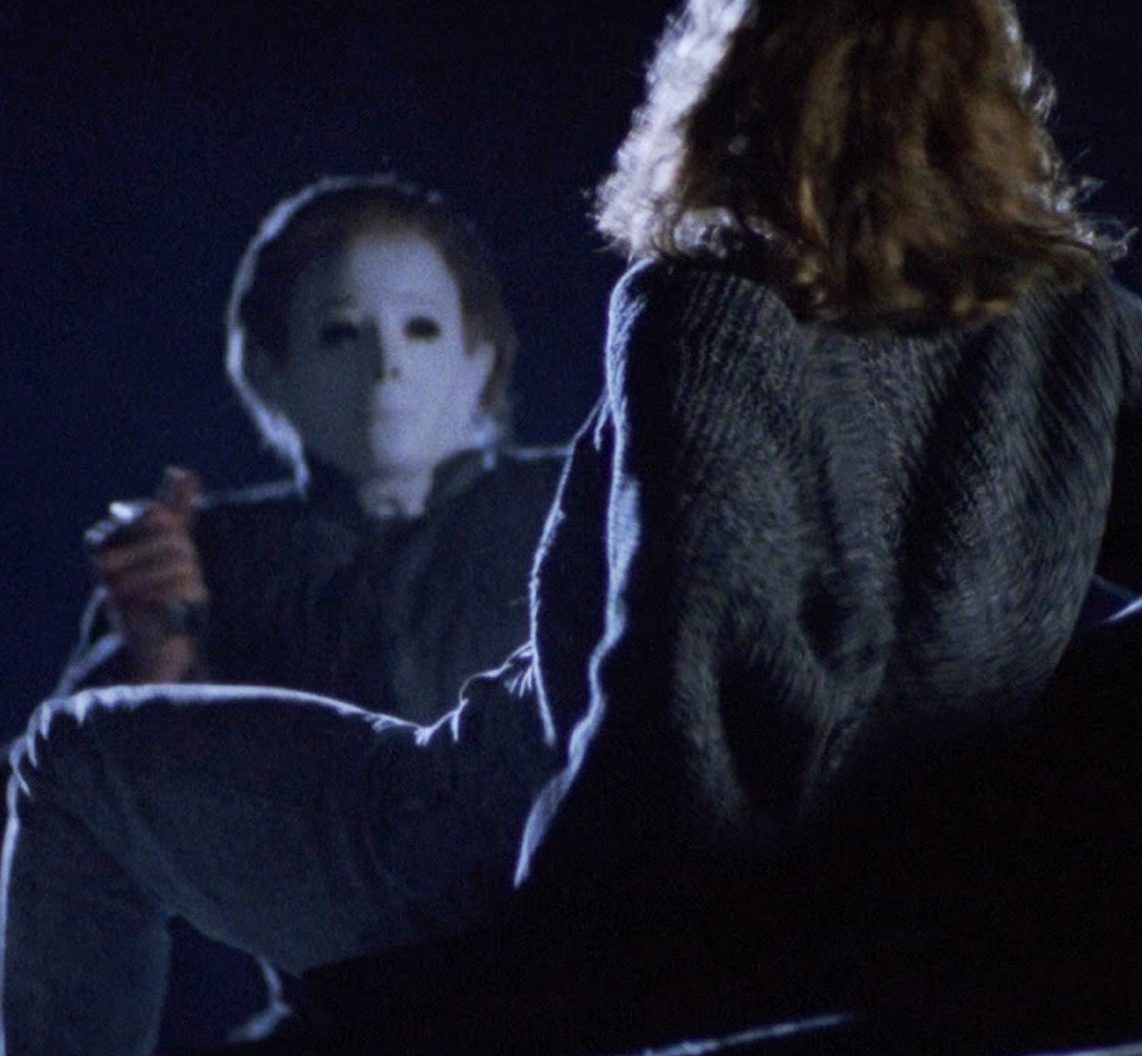 One key issue about Friday the 13th is that Jason wasn’t always the killer. In the 1980 original, the murders were committed by his grieving mother (Betsy Palmer); Jason himself didn’t arrive until the sequel. Then, in Friday the 13th Part V: A New Beginning, he was replaced by a copycat.

Halloween, on the other hand, has always been about Michael Myers – except, that is, for the divisive Halloween III: The Season of the Witch, which tells an unrelated story set on the 31st of October. 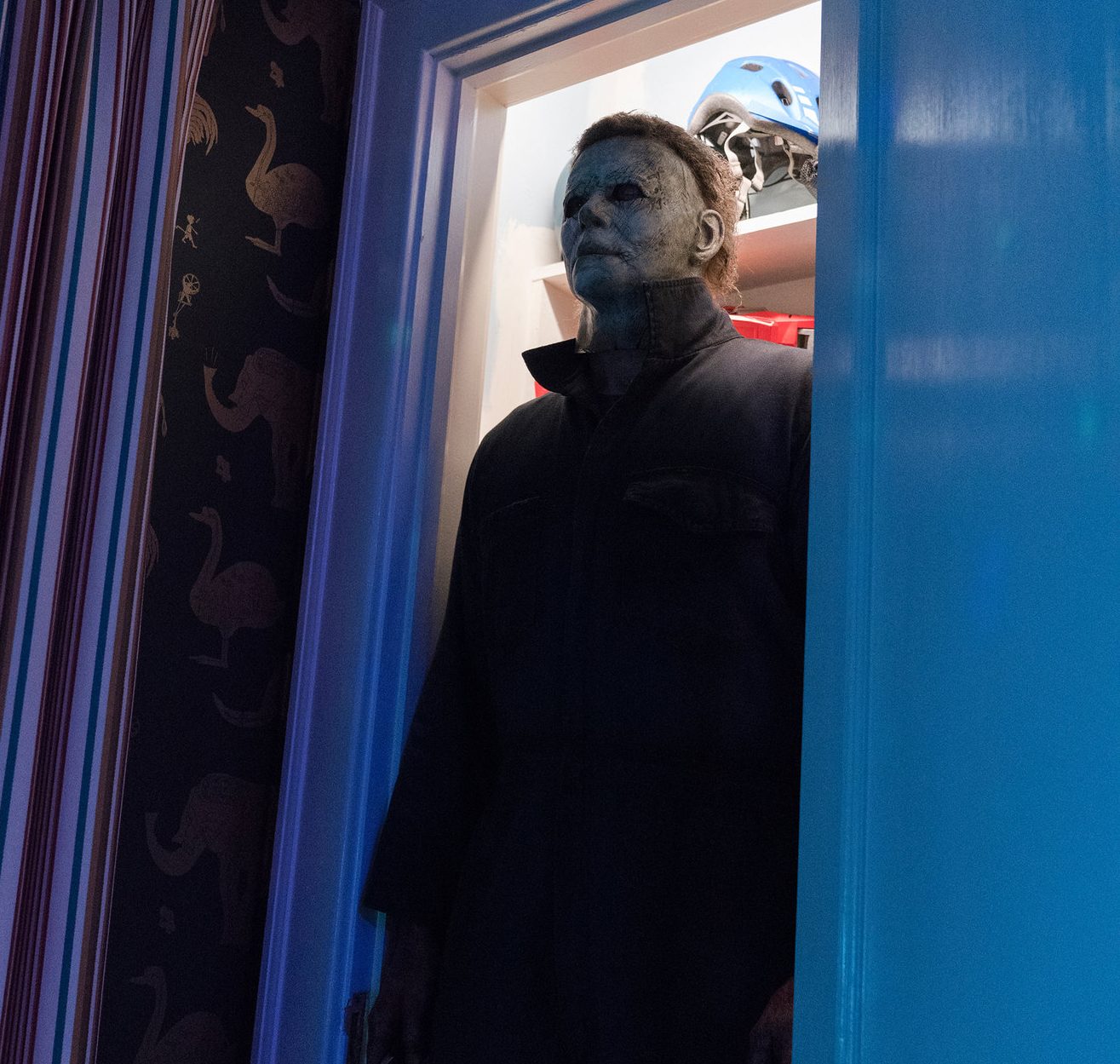 Friday the 13th’s gory moments will make you go ‘ick,’ and the franchise sports a few good jump scares, most memorably when little Jason emerges in the closing moments of the original film. However, when it comes to really getting under your skin and creeping you out, Halloween clearly emerges victorious.

There aren’t many opening scenes that can hold a candle to the POV intro of the original Halloween, particularly once it’s revealed we’ve been watching through the eyes of a young boy. Subsequent Halloween films have also packed in some real chilling moments, including the memorable climax of Halloween 4. 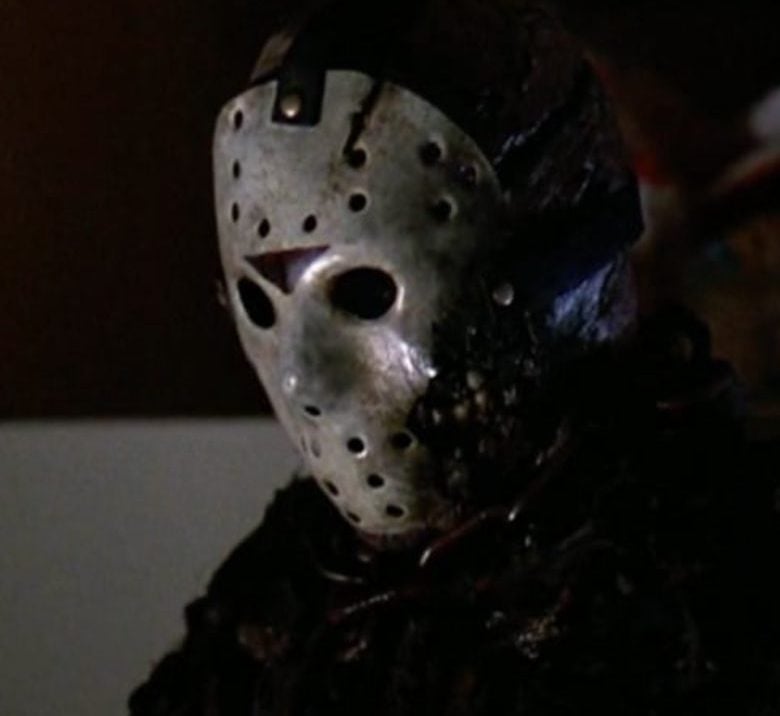 Halloween may be the scarier of the two overall, but when it comes to simple entertainment value, Friday the 13th and its sequels come out on top. Yes, the films are often goofy and predictable, and they inevitably hinge on naughty teens doing things they shouldn’t right before Jason gets them, but that’s precisely what makes them so much fun.

While the Halloween movies tend to be a bit solemn, we rarely get the impression that the Friday the 13th movies are taking themselves seriously at all, making them very easy films to just kick back and have a good time with.

And the winner is… Halloween! 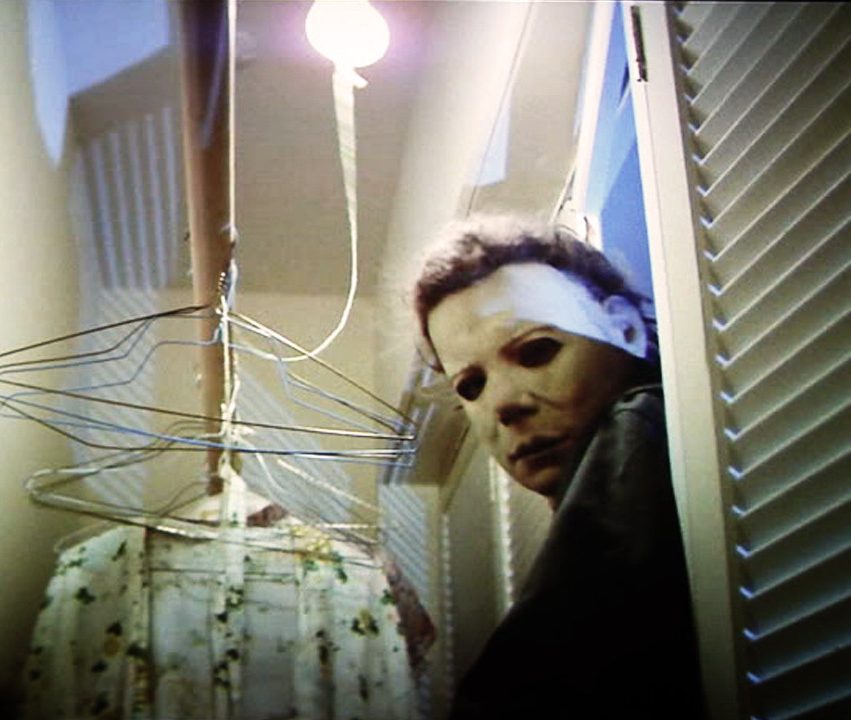 As much as we love Friday the 13th, there was never much doubt here. As the old maxim goes, the original is always the best, and in this case it definitely rings true. Halloween was the film that set the scene for 80s horror, and as an imitator that came in its wake, Friday the 13th could only ever come in second.

Some creative problems notwithstanding, we’ve enjoyed seeing Michael Myers continue his reign of terror in the recent Halloween semi-reboot trilogy, and we hope that the ongoing legal issues surrounding the Friday the 13th series are resolved soon so we can also see Jason get back to his old tricks!