We’re big fans of films that take us back to the American frontier, and Silverado is a 1985 Western that, in our opinion at least, is up there with the very best that the genre has to offer.

Featuring a cast that includes a number of our favourite 80s and 90s actors including Kevin Kline, Kevin Costner, Danny Glover and Jeff Goldblum, the film sees Scott Glenn’s Emmett and his band of misfits travel to the troubled town of Silverado in an attempt to find their fortune. So pack up your sharpshooter, hoist yourself into the saddle of your trusty steed and get on the road to Silverado with these 10 fascinating facts.

10. It was directed by a legendary Star Wars screenwriter

Silverado was co-written, produced and directed by Lawrence Kasdan, who co-wrote the Star Wars sequels The Empire Strikes Back and Return of the Jedi.

Kasdan was also co-writer of Raiders of the Lost Ark, the first Indiana Jones film, and later went on to co-write the Star Wars films The Force Awakens and Solo: A Star Wars Story.

9. The Silverado set has been used in a number of subsequent films 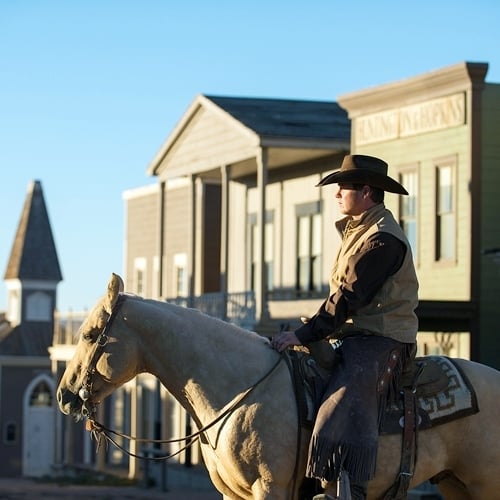 Films that have made use of the set include Young Guns, Wyatt Earp, Last Man Standing and Wild Wild West.

8. The whole town was built in just 12 weeks 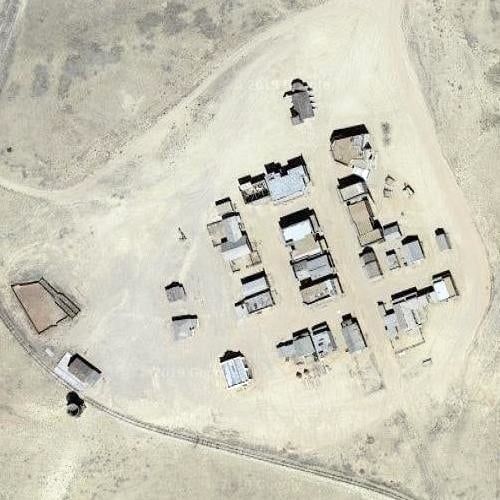 The Silverado set, which features a saloon, a church and a hotel, was completed by a team of 140 construction workers in just 12 weeks.

The short building timescale is even more impressive when you take into account that the crew had to work in less than desirable weather conditions, including below freezing temperatures and 60 mile per hour winds.

7. The cast spent four weeks being trained by a livestock coordinator 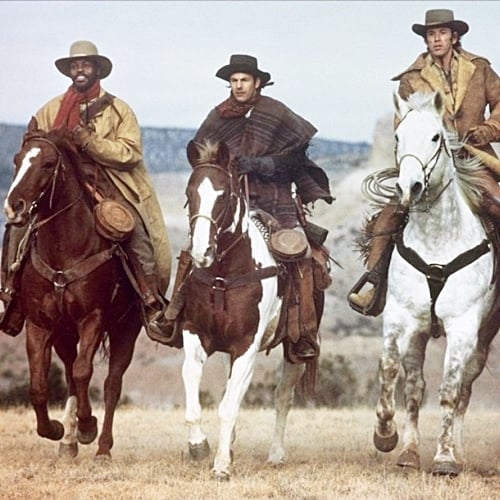 The Silverado production hired its own livestock coordinator, who was responsible for the film’s 500 cattle, 100 horses and large assortment of other animals such as chickens and pigs.

Corky Randall and his team also spent four weeks training the cast in the art of horseback riding in order to make the film look as authentic as possible. 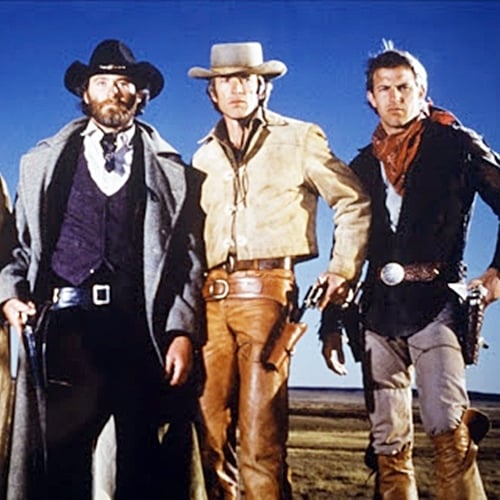 Scott Glenn, who went on to star in such hits as The Hunt for Red October, The Silence of the Lambs and Backdraft, has revealed that he “really liked” working with Kevin Costner, saying “there is real magic going on with that performance.”

Despite his admiration for Costner, who he also said was “easy and comfortable” to work with, Glenn still ribbed the future Robin Hood about his burgeoning film career by regularly beckoning him with “hey movie star!”

5. Most of Rosanna Arquette’s scenes were cut from the finished film 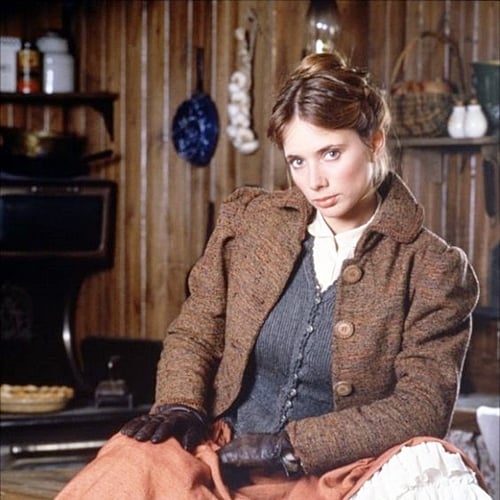 Despite her receiving a high billing in Silverado’s credits, most of Rosanna Arquette’s scenes were cut from the finished film.

One of the scenes that ended up on the cutting room floor would have implied a romantic relationship between Arquette’s character Hannah and Kevin Kline’s Paden.

4. Lawrence Kasdan’s wife, children and brother were all given speaking roles 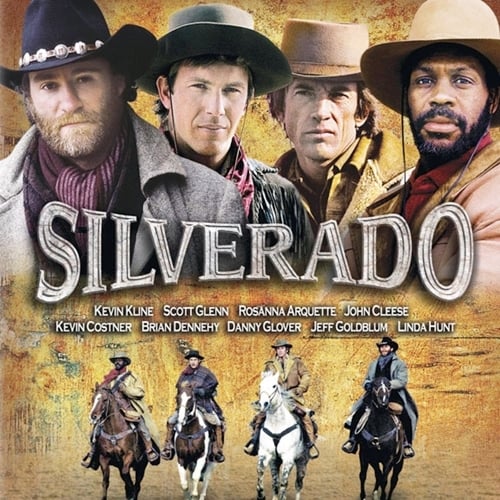 Co-writer, director and producer Lawrence Kasdan could be accused of nepotism when it comes to Silverado’s casting process.

Kasdan cast his wife as a barmaid alongside two of his children in the scene where Danny Glover’s Mal purchases a bed for the night, but his brother (and the film’s co-writer) Mark Kasdan’s slightly larger role as a doctor was cut out completely during the editing process. 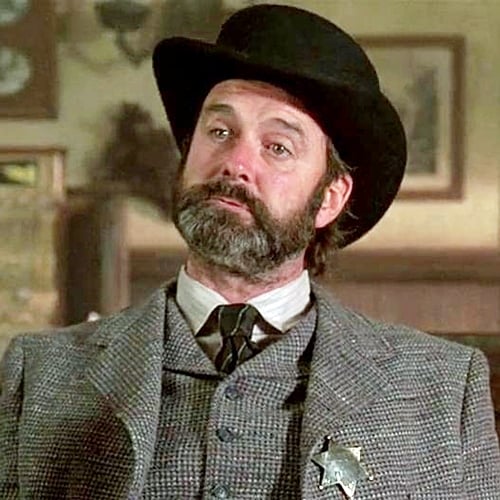 John Cleese plays Sheriff John Langston, a character whose first line in the film was later revealed to be a Monty Python in-joke.

Sheriff Langston says “what’s all this then?”‘ a line that was often spoken by policemen entering a crime scene in Cleese’s 1969 film Monty Python’s Flying Circus.

2. It was nominated for two Academy Awards 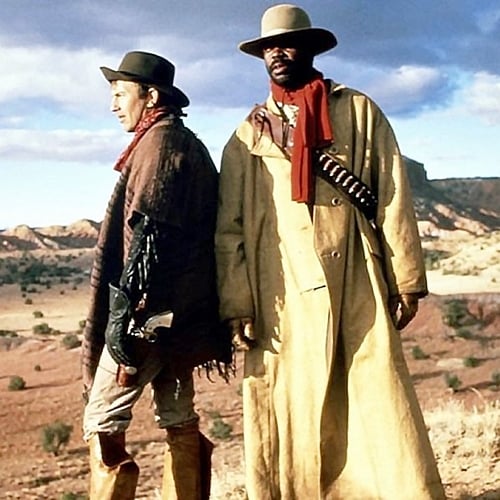 Silverado was nominated for the Oscars for Best Original Score and Best Sound at the 58th Academy Awards in Los Angeles.

Unfortunately it failed to win in either category, losing out to the epic Meryl Streep and Robert Redford romantic drama Out of Africa in both categories.

1. Fans are still holding out hope for a sequel 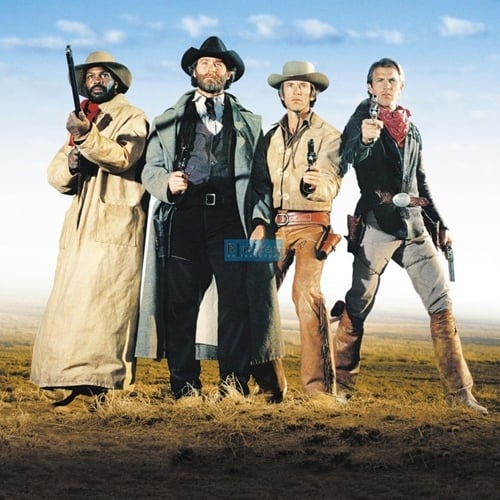 The final line of the film (“we’ll be back!”), shouted by Kevin Costner’s character Jake as he and Emmett ride off into the sunset, led many to believe that a Silverado sequel would soon be on its way.

Sadly, whether down to the film’s modest box office take or simply the passage of time, a follow up never emerged, but that didn’t stop Silverado from being voted as the film that is ‘most deserving of a sequel’ in a nationwide poll at the turn of the century.