Back in the early 70s, Teri Garr was just one among a slew of young actresses struggling to make a mark in Hollywood through bit parts in film and television. That all changed when she caught the eye of comedy legend Gene Wilder, who persuaded Mel Brooks to hire the largely unknown Garr for the role of Inga, the mad scientist’s glamorous assistant in 1974’s Young Frankenstein.

Up to that point, Garr had been cast primarily based on her looks. After Young Frankenstein demonstrated her acting ability, Garr would leave the ‘dumb blonde’ roles behind and enjoy a prestigious career with such hits as Close Encounters of the Third Kind and Tootsie. The irony, of course, was that Wilder – who went on to date Garr after Young Frankenstein – plucked Garr out of near-obscurity purely based on his attraction to her. 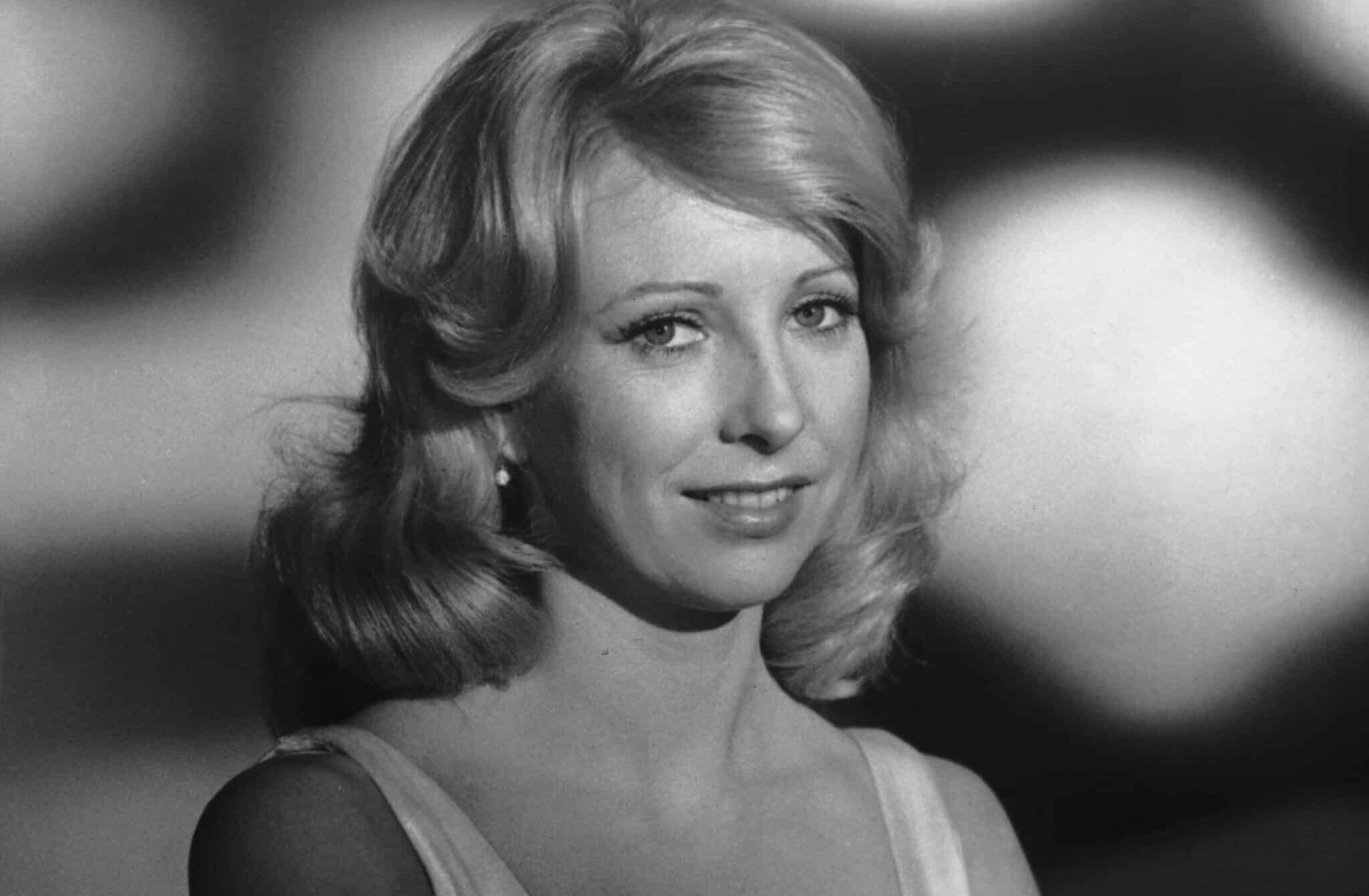 Born on December 11, 1944 in a small town in Ohio, and raised in Los Angeles, Teri Ann Garr grew up in a showbiz family. Her father, Eddie Garr, was a vaudeville star and comedian, whilst her mother, Phyllis, was a dancer with the Rockettes who also worked as a costume designer. With two older brothers, Teri was the baby of the family.

Tragically, Eddie died of a heart attack when Teri was 11, leaving Phyllis and her three children struggling to make ends meet. However, Teri always had her heart set on performing for a living. A ballet student in her youth, after studying at North Hollywood High School and then dropping out of the San Fernando Valley State College, Teri left for New York City to become an actress.

After stints at the Actors Studio and Lee Strasberg Theatre and Film Institute, Garr made her movie debut as an extra in the 1963 rock’n’roll movie A Swingin’ Affair. Later, whilst appearing in a touring production of West Side Story, she found a lifelong mentor and friend in David Winters, star of both the Broadway and film versions of the same show.

Winters helped Garr land many of her first roles; he was her choreographer in movies and TV shows including Pajama Party, the T.A.M.I Show and Shindig!, in which Garr appeared as a background go-go dancer.

When Winters began working as a choreographer on Elvis Presley’s movies, he brought Garr along with him. She would appear (uncredited) as a dancer in 1963’s Fun in Acapulco, along with 1964’s Viva Las Vegas, Kissin’ Cousins and Roustabout. There followed a “tiny little part” in 1968 Monkees movie Head, which Garr landed thanks to her friendship with the film’s co-writer Jack Nicholson, as well as a small role on Star Trek, in which her character’s most prominent characteristic was “a very short skirt”.

These “birdbrained lass” characters, as Garr herself has described them, fell short of her acting capabilities. In 1972, Garr became a dancer and actor in sketches for The Sonny & Cher Comedy Hour. Having started out as a background dancer in Elvis movies, almost a decade into her career Garr seemed to have hardly progressed at all.

However, it was during her 12-episode stint on the Sonny and Cher show that Garr first caught the eye of Gene Wilder. After his success as the star of 1972’s Willy Wonka & the Chocolate Factory, he was seeking new talent for his next collaboration with director Mel Brooks: Young Frankenstein.

Wilder was struck by Garr’s beauty. When he realised Garr had applied for an audition with Brooks and himself, Wilder immediately recommended that Brooks consider casting her in their new movie. Brooks recalls asking Wilder, “But can she act?”, to which Brooks says Wilder replied, “Who gives a s***?!”

“Gene was absolutely crazy about her”

At first, Garr was cast in Young Frankenstein as Wilder’s onscreen bride-to-be Elizabeth; that was until Madeline Kahn, then due to play Frankenstein’s glamorous German assistant, Inga, asked to play Elizabeth instead. Though Garr says she was initially cast as Elizabeth “out of five hundred girls”, Kahn won the role off her simply by asking. Brooks considered Garr’s place in the cast.

Now looking to give her the Inga role instead, Brooks told Garr: “Come back tomorrow and give me a good German accent, and you’re in”. Garr responded immediately, “Oh yes, I will come back tomorrow,” adopting a theatrical German accent she copied from Cher’s wig maker Renate Leuschner.

One of Inga’s earliest scenes features a memorable gag involving some over-sized door knockers. Reading this in the script, Garr realised the role “was really all about boobs, and I was not about to let my lack of them hinder my performance. The next day I went in to do my imitation of Renate for Mel Brooks wearing a fuzzy pink sweater and a huge padded bra stuffed with socks… I got the part!”

Funnily enough, Garr’s mother also got a job on Young Frankenstein, as a costume designer, winning her role even before Garr got hers. In her autobiography Speedbumps, Garr recalled how she wanted to introduce Brooks to her mother and explain their connection – but her mother was too shy. When Garr eventually introduced the pair, Brooks said to her mother, “You must be so proud,” to which her mother could only reply, “Yes, I am.”

Gene Wilder’s personal life was tumultuous at the time of filming Young Frankenstein. He was nearing the end of a seven-year marriage, and his wife at the time, Mary Joan Schutz, ultimately divorced him because she believed he was having an affair with Madeline Kahn. However, Wilder only had eyes for Garr.

Garr wrote in Speedbumps just what working with Wilder was like: “Every night when I went home my laugh muscles were tired.” Wilder in his lifetime avoided saying much publicly about his relationship with Garr, but Mel Brooks recalls: “She was fresh and funny and sexy, and Gene was absolutely crazy about her. And… they liked each other a lot. That’s all I’ll say.”

Over the years, Wilder became known for taking a more than professional interest in his leading ladies. Though Wilder never made a pass at her, Kelly LeBrock was well aware of his reputation when she appeared in his 1984 film The Woman in Red: “Gene was known to be with every leading lady he was in a film with from Teri Garr to Gilda [Radner, Wilder’s third wife]”.

In 1974, after filming on Young Frankenstein ended and as his divorce from Schutz was in the process of being finalised, Wilder began dating Garr. The romance lasted only a few months, but Garr and Wilder remained on friendly terms after going their separate ways, with Garr later commenting: “Gene’s the best. We dated for a while and he was as nice of a guy in real life as he was onscreen.” Wilder confirmed that he and Garr were “good pals” after the split.

“The funniest neurotic dizzy dame on the screen”

Having been plucked from near obscurity by Wilder, Garr entered a new phase of her career following Young Frankenstein (her appearance in Francis Ford Coppola’s The Conversation earlier in 1974 helped, too). Garr landed her first major dramatic leading role in Steven Spielberg’s Close Encounters of the Third Kind in 1977. More high profile roles followed in the 1982 comedy Tootsie, which landed Garr an Oscar nomination, as well as 1983 Michael Keaton comedy Mr. Mom.

Garr’s big screen fame also made her the darling of late-night talk shows. She hosted Saturday Night Live on three occasions in the 80s, and she was a favourite guest on The Tonight Show Starring Johnny Carson. At the height of her fame, critic Pauline Kael hailed Garr as “the funniest neurotic dizzy dame on the screen.”

As the years went on, Garr gradually transitioned into smaller, often maternal roles, including in Dumb and Dumber and TV’s Friends, in which she played the mother of Lisa Kudrow’s Phoebe. Garr also became a mother offscreen, adopting daughter Molly O’Neill with second husband John O’Neill in 1993. (Garr and O’Neill divorced in 1996, and she has never remarried.)

Sadly, Garr’s later career was troubled by health issues. After first noticing symptoms on the set of Tootsie, Garr was diagnosed with multiple sclerosis, but did not make her condition public until 2002. Things took a turn for the worse in 2006 when she suffered an aneurysm that left her in a week-long coma, after which she required therapy to regain her speech and motor skills. Naturally, this made acting difficult: in 2011, Garr took her final role in TV’s How to Marry a Billionaire, then quietly retired. 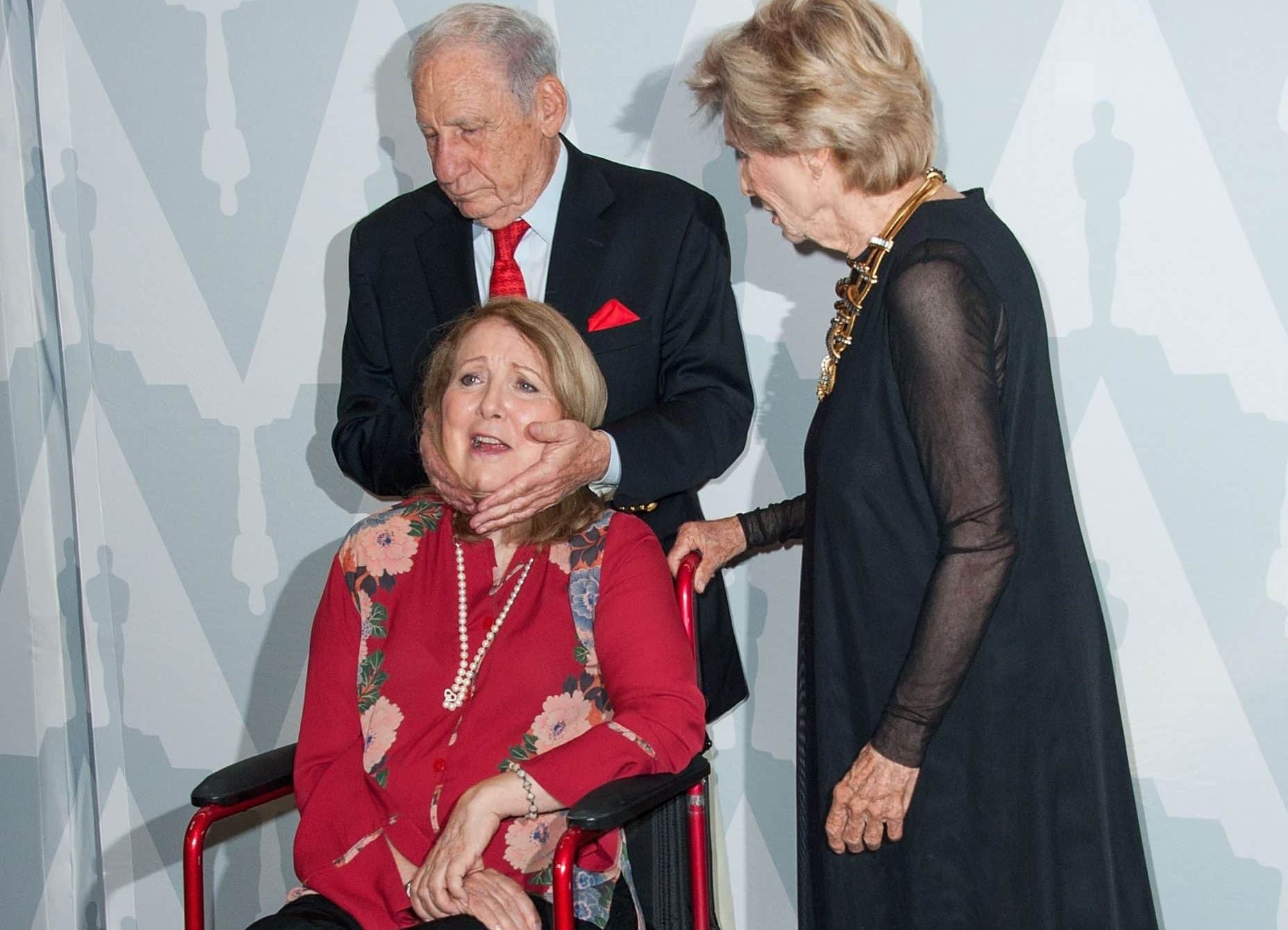 Through it all, Garr has retained the sense of humour that helped make her a star. In a 2017 TV interview, less than a year after Wilder died of Alzheimer’s disease, Garr described her Young Frankenstein co-star and one-time beau as a “jerk.” Though some reports treated this as a sincere statement on Garr’s part, it seems evident she was being sarcastic (she also went on to claim that she was “married” to her Tootsie co-star Dustin Hoffman, of whom she has been critical elsewhere).

The dumb blonde stereotype has endured for decades, and stars ranging from Marilyn Monroe to Pamela Anderson have all struggled to escape it. In a twist fit for Hollywood, it was playing the role of blonde bimbo Inga in Young Frankenstein that helped prove that there was so much more to Teri Garr than her looks.