Best Of Professionals: Gene Wilder, Richard Pryor Friendship Was On Screen Only

Richard Pryor and Gene Wilder are one of the most iconic comedy double acts in film history. The mismatched duo had a chemistry so great it saw them unite on film four times, most famously on 1980’s Stir Crazy and 1989’s See No Evil, Hear No Evil.

Because Pryor and Wilder were the quintessential big screen buddies, many have assumed the duo were every bit as close off-camera. The truth isn’t quite so simple. Pryor and Wilder were by no means enemies, but behind the scenes their relationship, though respectful, was limited to professional engagements only. 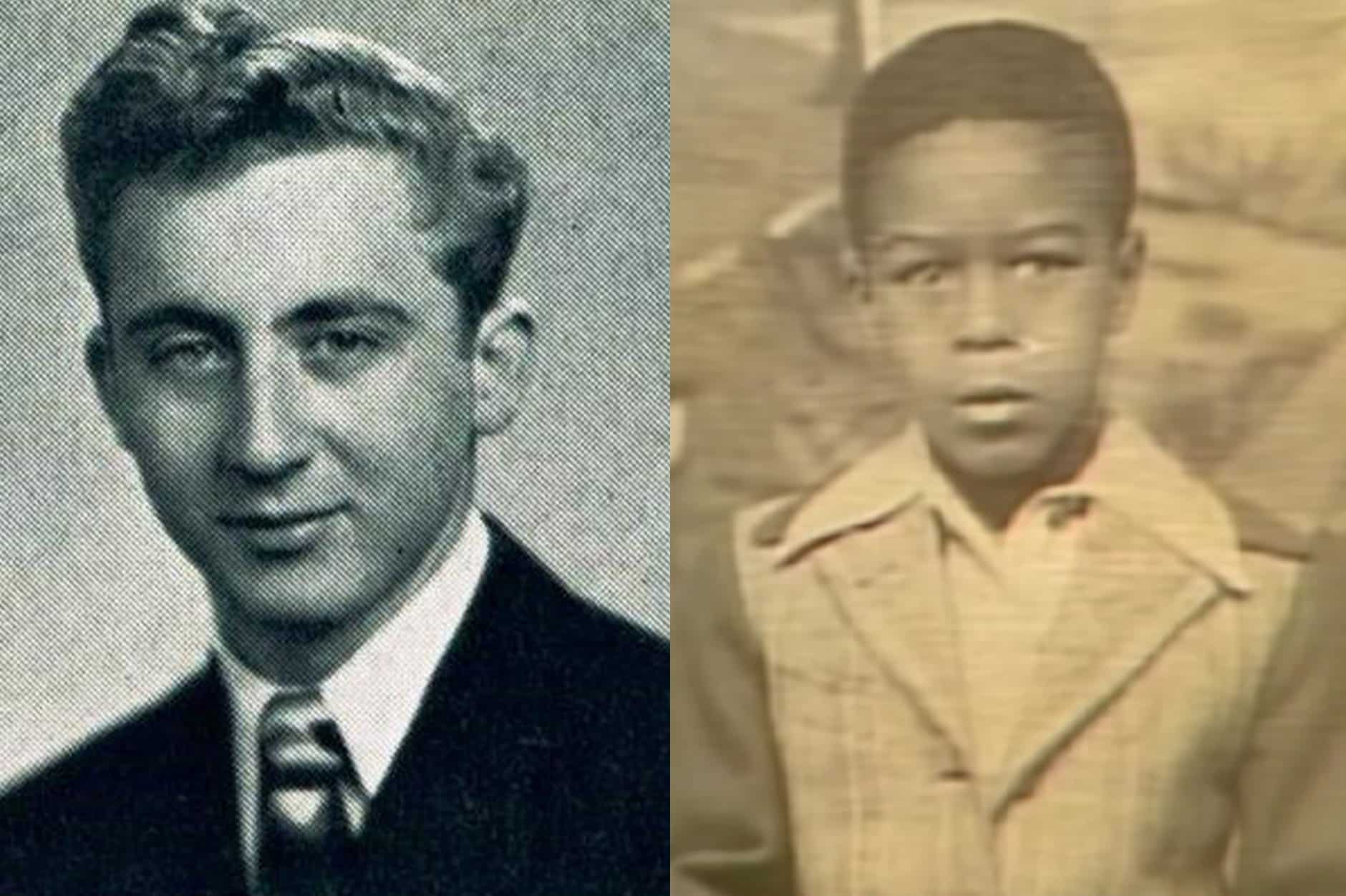 Gene Wilder was born Joel Silberman in Milwaukee, Wisconsin on June 11, 1933, while Richard Pryor was born December 1, 1940 in Peoria, Illinois. Their childhoods were very different, Wilder raised in a financially stable suburban household and Pryor growing up in near poverty in a brothel run by his grandmother.

Both Wilder and Pryor had their share of difficulty in early life, however. Both faced prejudice, Wilder for being Jewish, Pryor for being African-American, while both endured harsh bullying, including sexual assault.

Wilder took acting lessons as a teenager, and studied theatre arts at the University of Iowa before relocating to Britain in order to train at the Old Vic Theatre School in Bristol. He joined the US Army on returning to the US in 1956, becoming a paramedic. Pryor also joined the Army in 1958, but spent most of his two years of service in military prison for fighting. 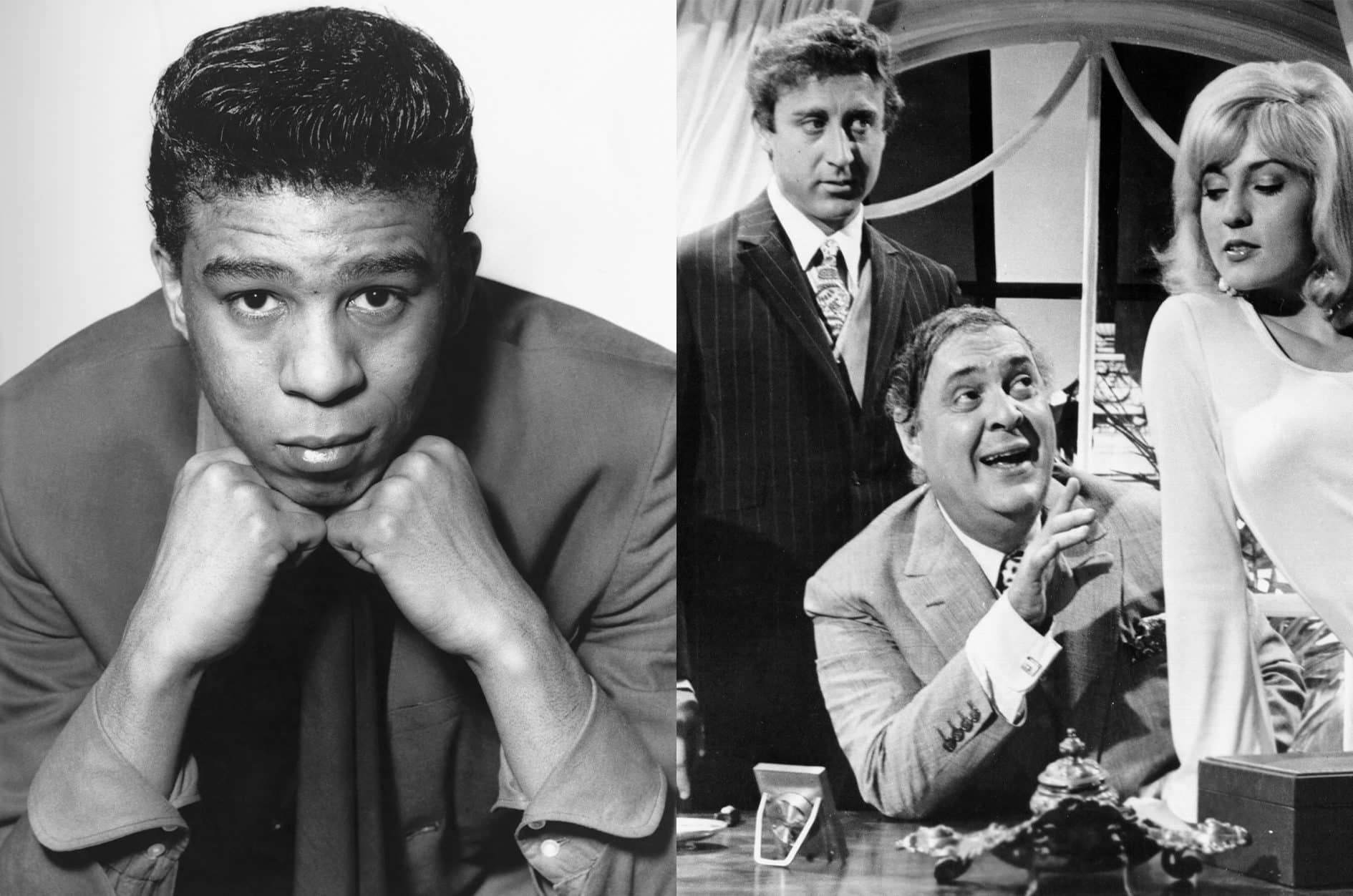 Wilder and Pryor both broke into show business in New York in the early 60s, Wilder as an actor on the Broadway stage, Pryor as a nightclub comic in Greenwich Village. After Wilder worked on a play alongside Anne Bancroft, she introduced him to her future husband Mel Brooks, and the two men worked together on what became Brooks’ first film, The Producers.

On release in 1967, The Producers was met with a mixed response, but it impressed enough people to land Brooks an Oscar for the screenplay, whilst Wilder was nominated for Best Supporting Actor. Around the same time, Pryor became disillusioned with mainstream-friendly stand-up comedy and set about radically reworking his act, making his jokes far more personal, provocative and explicit. 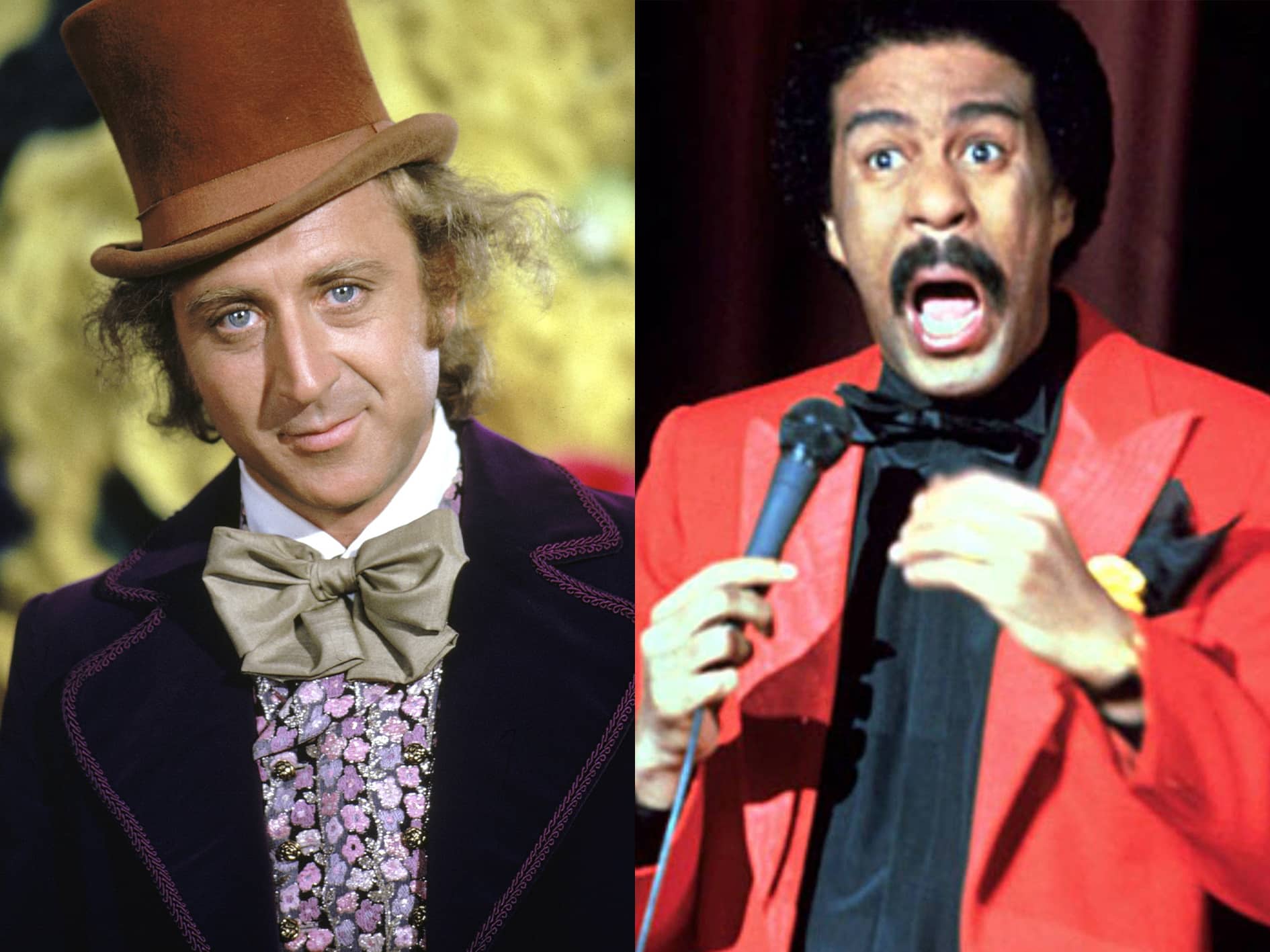 A match made in comedy heaven

In the years that followed, Pryor won an Emmy for his writing on Lily Tomlin’s TV show Lily, whilst Wilder took the lead in Willy Wonka and the Chocolate Factory (which, like The Producers, flopped on release but was later re-evaluated as a classic). Up to this point, Wilder and Pryor had still never met, but their worlds collided on Mel Brooks’ 1974 film Blazing Saddles.

Brooks hired Pryor to co-write the western spoof, and originally the director wanted Pryor for the lead role of Sheriff Bart, opposite Gene Wilder as his Deputy, Jim. Unfortunately, studio Warner Bros refused to cast Pryor because of his known drug habits. Cleavon Little was cast in Pryor’s place, and Blazing Saddles proved a huge hit. 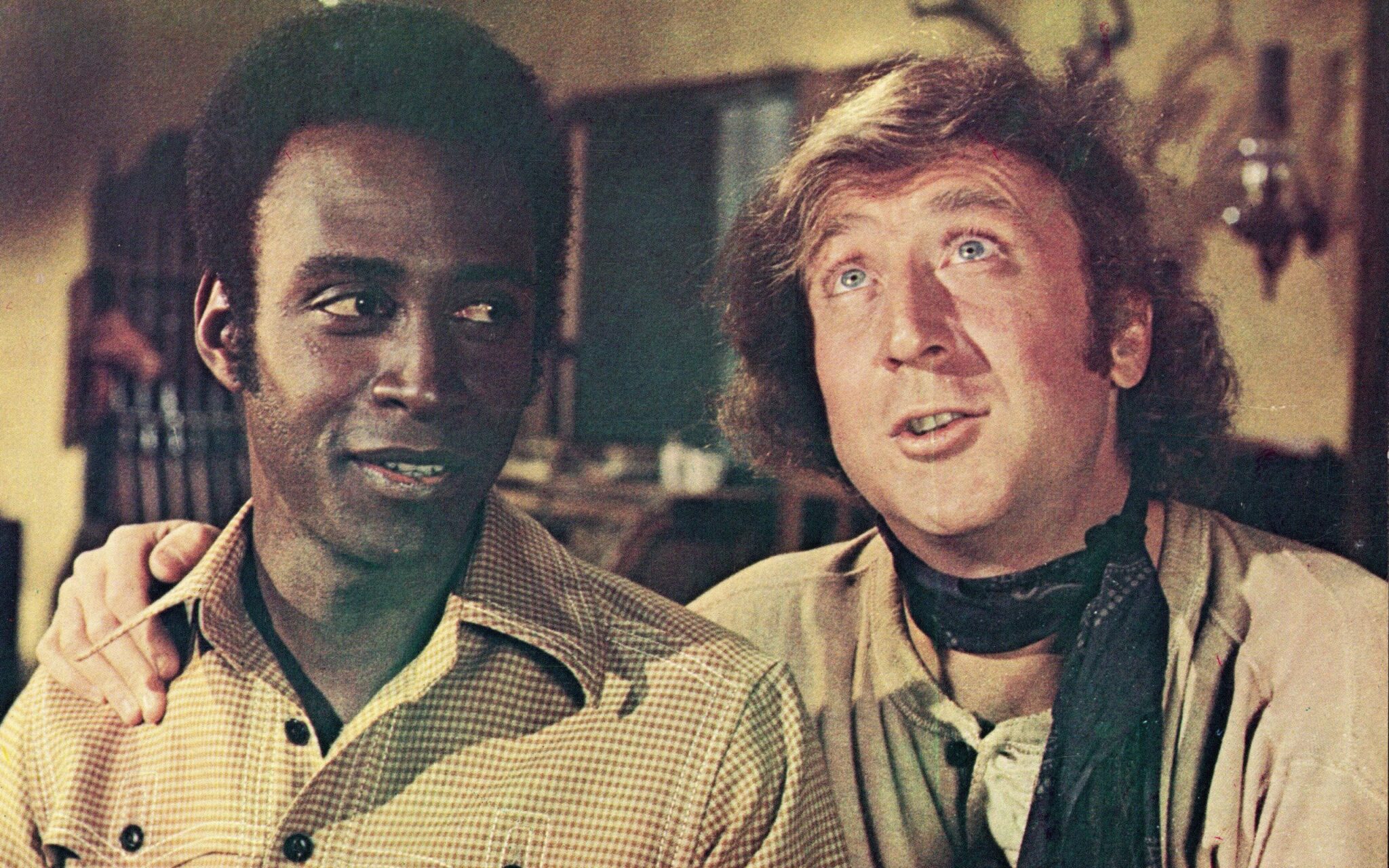 Ultimately, Pryor and Wilder would not appear alongside one another until 1976 comedy thriller Silver Streak. Although Pryor was cast at Wilder’s suggestion, the two were only introduced the day before the shoot began – yet it became clear that they had a special connection as soon as director Arthur Hiller called action.

Wilder recalled of their first day of shooting, “He said his first line, I said my first line and then this other line comes out of him… I had no idea where it came from, but I didn’t question it, I just responded naturally… then he went back to the script, then he came away, and everything we did together was like that.” 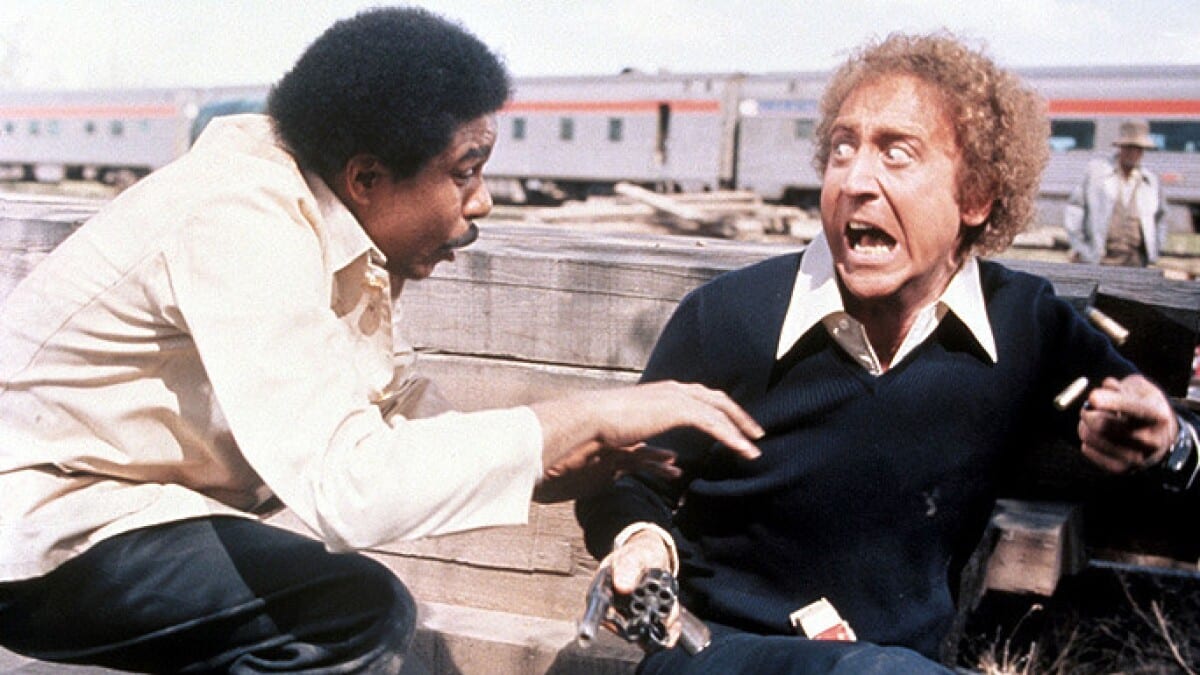 “Richard was a bad boy”

Silver Streak was a hit, with both critics and audiences recognising that Wilder and Pryor made a great comedy team. Interracial double acts weren’t unheard of at the time – Bill Cosby and Robert Culp had co-headlined TV series I Spy in the 60s – but never before had a black and white male pairing been teamed up to such effect in comedy.

It wasn’t long, then, before Pryor and Wilder were cast alongside one another again, in 1980’s Stir Crazy. Directed by screen icon Sidney Poitier, it proved an even bigger smash than Silver Streak, and a major career boost for both men: Pryor became the first black actor to earn $1 million for a film role. 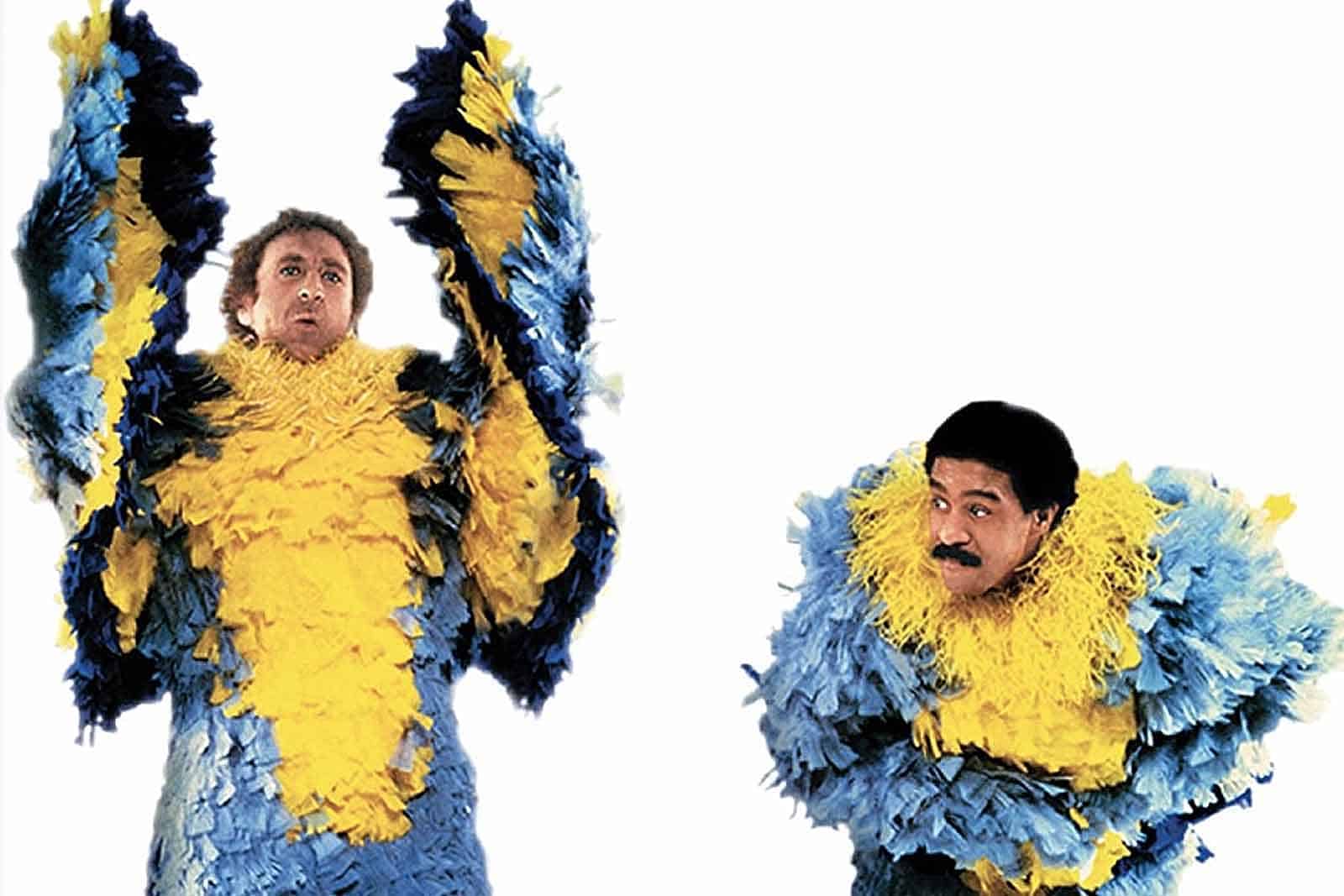 Behind the scenes, however, things were less sunny, as Pryor’s drug use was becoming a major problem. Wilder recalled in 2013, “Richard was a bad boy. He would come to the set 15 minutes, 45 minutes, an hour, an hour and a half late and it would bug all of us. I didn’t want to say anything because I wanted it to go on.”

While Pryor was unfiltered at the best of times, an interview on the set of Stir Crazy saw him bluntly declare, “Gene Wilder ain’t s***,” amongst other colourful slurs. As Pryor was most likely under the influence at the time, whether he felt any true animosity towards Wilder at the time is unclear. 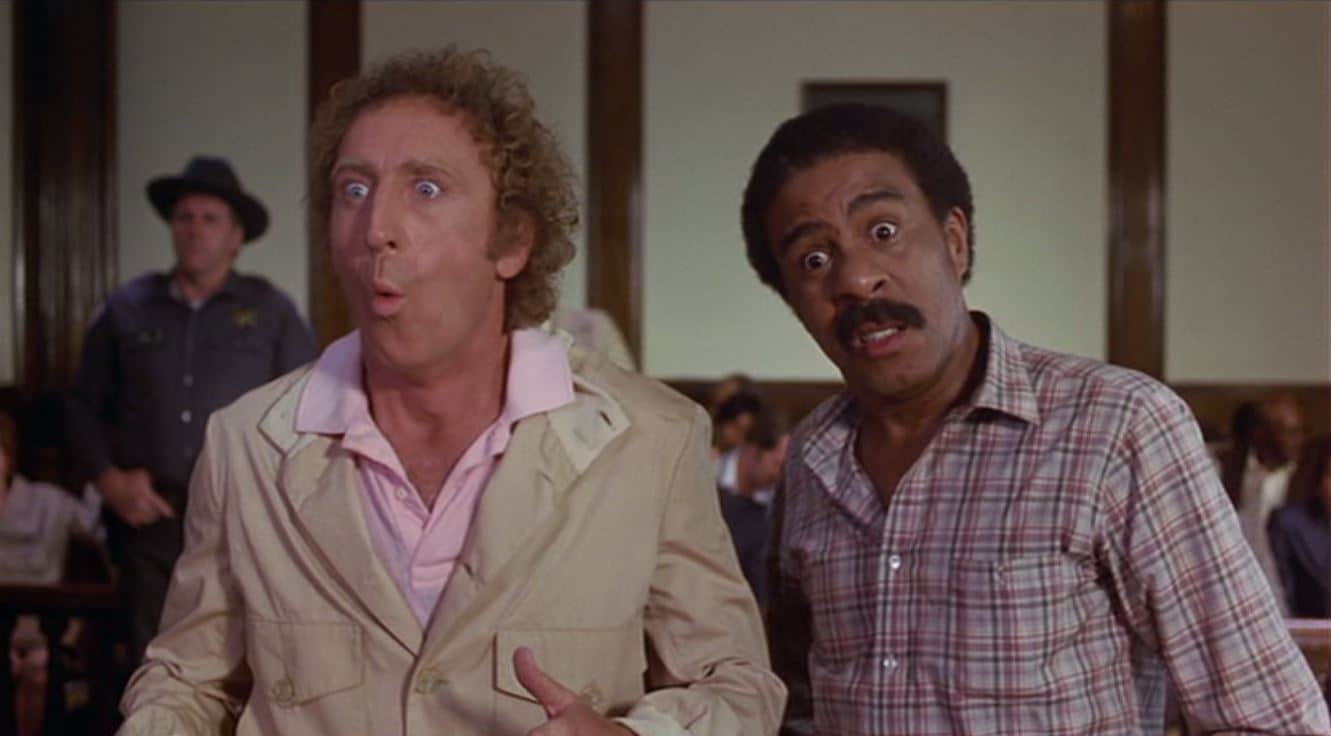 Before Stir Crazy was even completed, plans were soon set in motion for Pryor and Wilder to work together once again, with a new project put into development for the duo entitled Trading Places. However, the brakes were soon forcibly applied to this when, in June 1980, Pryor was almost burned to death during a drugs binge.

The circumstances surrounding the incident were not made clear at first; once he had recovered, Pryor would make jokes about the incident in his stand-up shows. It wouldn’t be until some years later that Pryor admitted he had deliberately set himself alight in a suicide attempt. 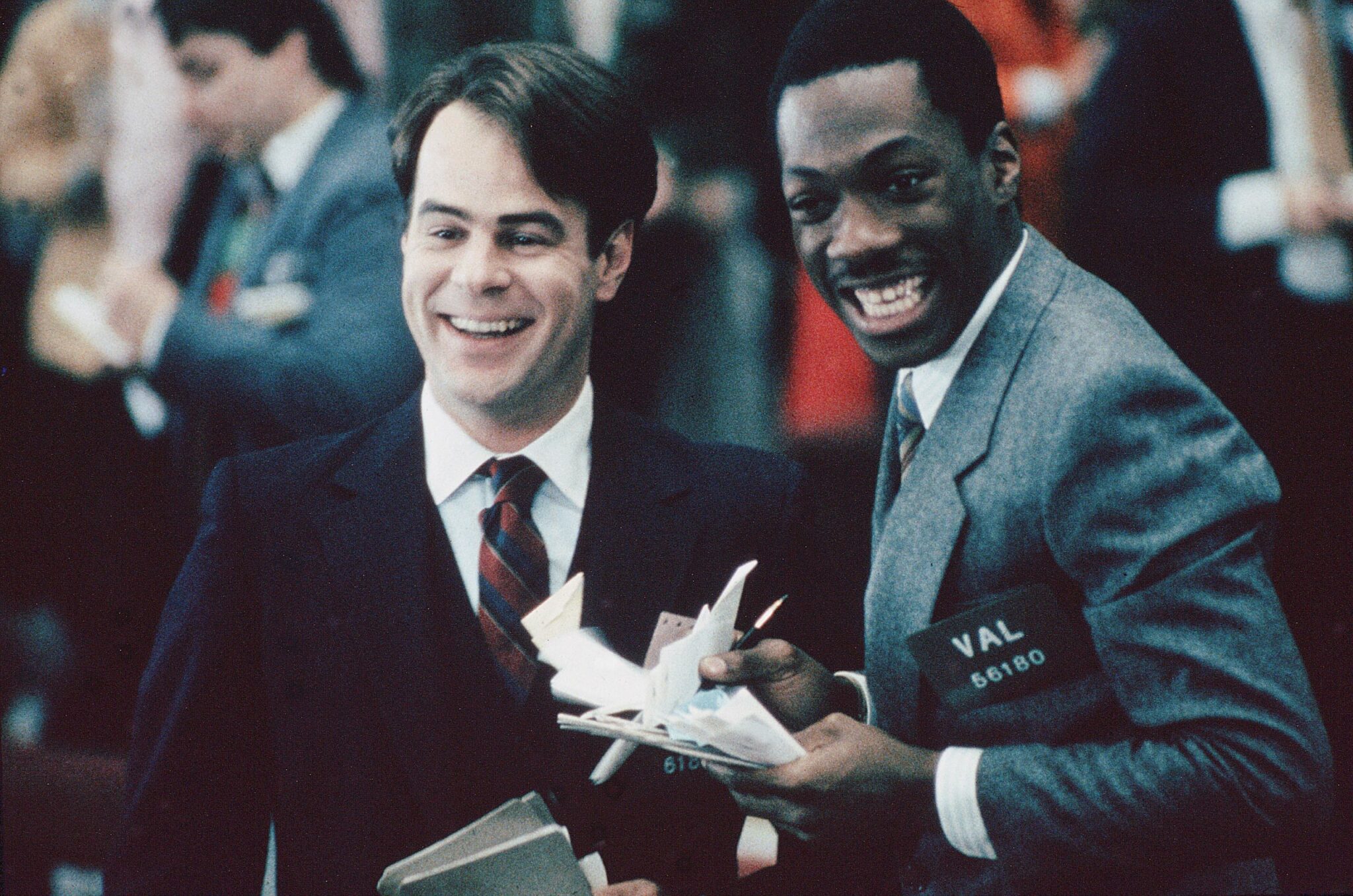 Trading Places would ultimately hit screens in 1983 starring the newer, younger comedy stars Eddie Murphy and Dan Aykroyd, and it proved a massive blockbuster. In the meantime, Pryor would recover both physically and professionally, appearing in such hits as Superman III and Brewster’s Millions, whilst Wilder enjoyed success both as actor and writer-director on The Woman in Red.

Nearly a full decade had passed after Stir Crazy before Pryor and Wilder worked together a third time, on See No Evil, Hear No Evil (a reunion with Silver Streak director Arthur Hiller). In stark contrast with their earlier collaboration, Wilder spoke highly of Pryor’s behaviour during the production, calling his co-star “an angel.” 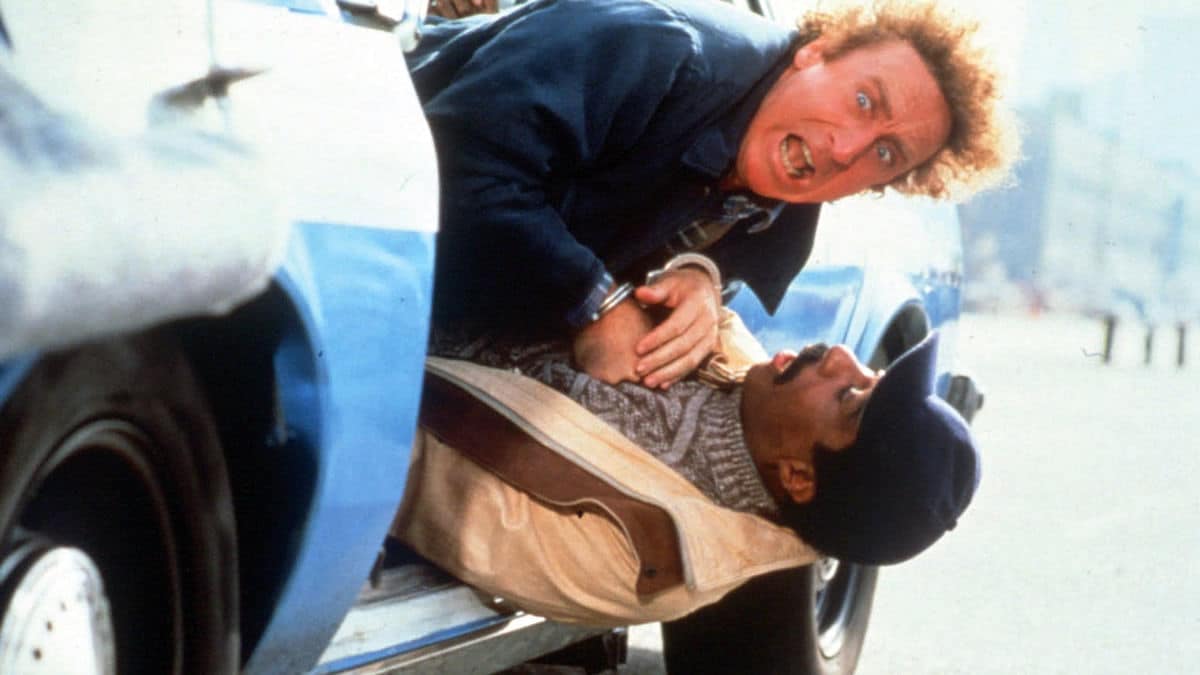 In promotional interviews for See No Evil, Hear No Evil, Pryor and Wilder admitted they hadn’t seen each other at all since completing Stir Crazy. Wilder explained that, from his point of view, he would avoid Pryor socially because “I don’t want to take a chance of having anything damaged in private life. I want [our relationship] to stay the way it is, so that when we work, that magic will continue.”

Pryor expressed a similar sentiment more succinctly, stating, “I’m very proud when I work with Gene… because I know I belong in this business.” He also praised Wilder as a writer, saying he took “a script that was OK, but he made it good.” 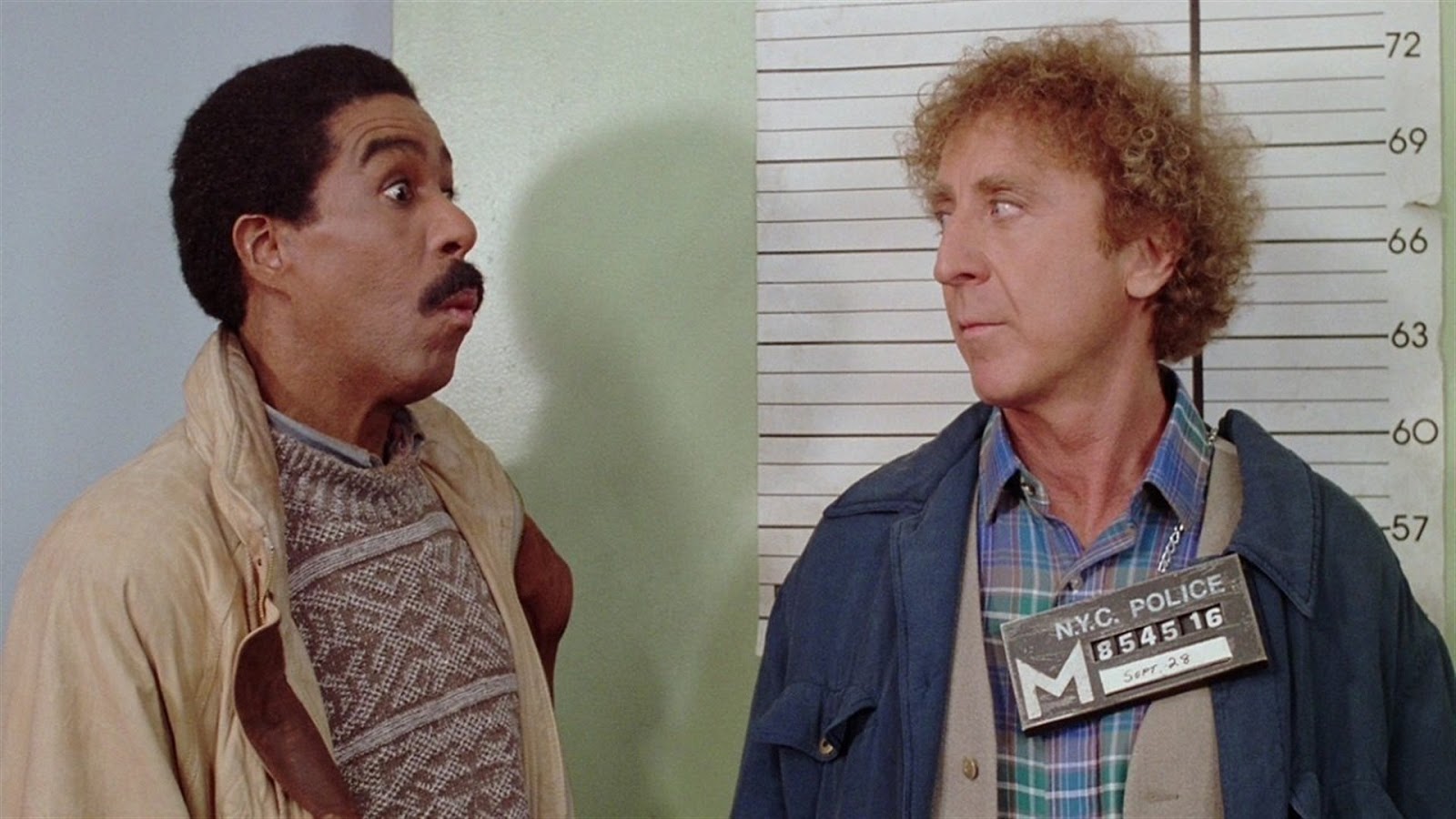 In a later interview, Wilder pondered on the link between the two of them: “[Pryor] asked me once, when we were finished with See No Evil, Hear No Evil, ‘why us? What is this thing?’ And I opened my mouth to answer and he said, ‘maybe it’s better if we don’t figure it out.’” Wilder later suggested the chemistry between the two of them was almost “sexual.”

By the time See No Evil, Hear No Evil was released in 1989, both men were facing great personal struggles. Two weeks after the film opened, Wilder’s wife Gilda Radner died of ovarian cancer. Pryor, meanwhile, not long since been diagnosed with multiple sclerosis.

Perhaps realising time was not on their side, Wilder and Pryor made their fourth and final film soon thereafter in 1991’s Another You, which sadly proved a sour note to go out on: it had a troubled production, and Pryor’s health was visibly deteriorating during the shoot. The film flopped, and is largely forgotten today. 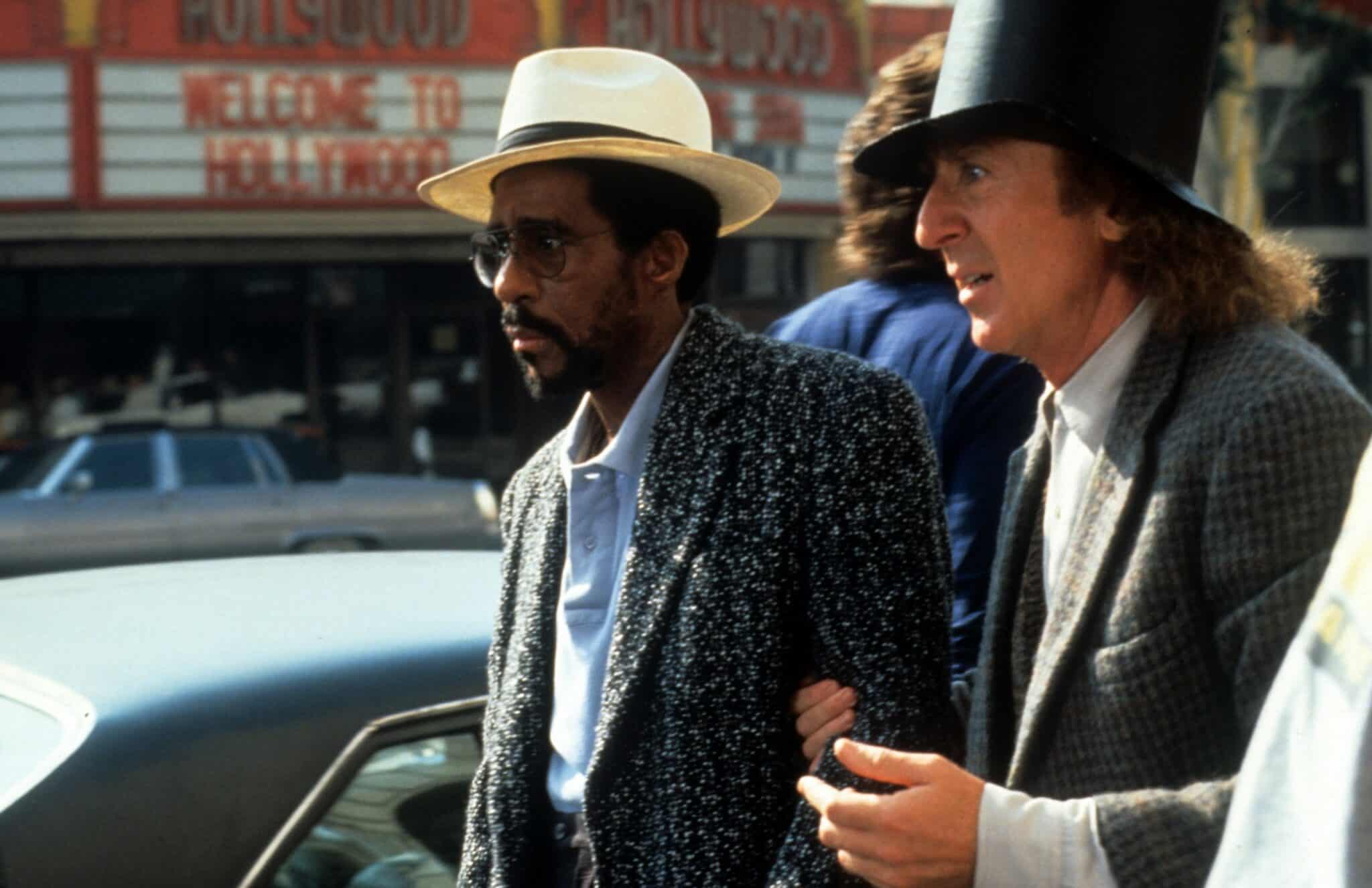 “The best comedy film friends of all time”

As well as marking the end of their professional partnership, Another You was also the beginning of the end for both Pryor and Wilder in Hollywood, as they both largely retreated from acting afterwards. Following years of poor health, Pryor died of a heart attack in 2005, aged 65. Complications from Alzheimer’s disease would take Wilder’s life 11 years later in August 2016, when he was 83.

When Wilder died, Pryor’s daughter Rain Pryor remarked on Facebook, “People always ask. ‘Were Gene Wider and Dad friends?’ I always answered ‘Not really, however they saw each other’s genius and created hit films and were the best comedy film friends of all time.’

“They to me, were the antithesis of how chemistry on film doesn’t always mean it translates off. Gene was a true grownup and I never saw him party. Dad was younger and we all know, he liked to party. The two together accepted the other.” 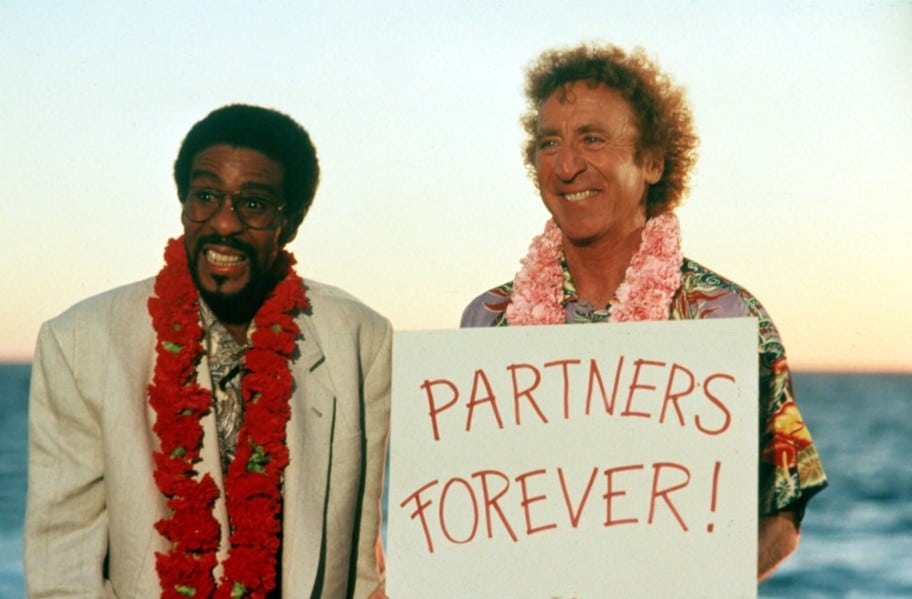 Pryor’s daughter elaborated to The Hollywood Reporter, “They were different in natures… but in terms of his kindness and generosity and to watch the two of them together, there’s not a magic that’s been like that in a long time.”

As for Richard Pryor’s true feelings about Gene Wilder, Rain Pryor insists her father thought Wilder “was amazing… He always said, ‘That man’s a genius, and he’s a good man, that’s for sure.’”