Who do we think of when someone says ‘national treasure?’ David Attenborough…Carol Vorderman…Sir Terry Wogan (RIP) probably spring to mind, but there’s one name above all that’s definitely earned her place in the list – Gemma Collins!

The TOWIE star’s rise to fame has been a rollercoaster journey since appearing as the loud-mouthed Essex girl (or not, as you will find out,) on ITV 2’s hit ‘reality’ show.

Since then, Collins has gone on to appear on and in every reality television series going, having a disastrous stab at the jungle in I’m A Celebrity to her more recent appearance on Dancing On Ice.

It seems that the British public just can’t get enough of The GC, so we’ve compiled a short list of things you probably didn’t know about the nation’s one true diva…

10. She trained at a theatre school 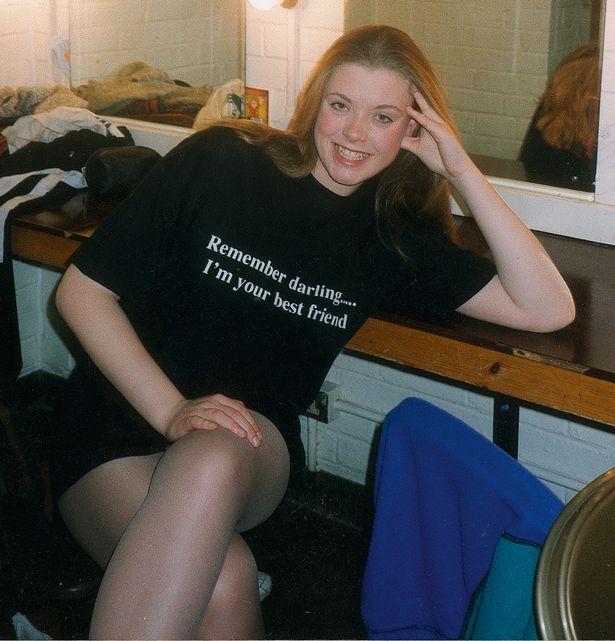 Gemma is known for causing plenty of drama, and she’s usually very good at it.

This might have something to do with the fact that she attended the prestigious Sylvia Young Theatre School when she was younger.

The price of attending the school isn’t cheap, with termly fees at around £5,000! We’re pretty sure it was a good investment in Gemma’s case. She’s definitely earned her divaship. 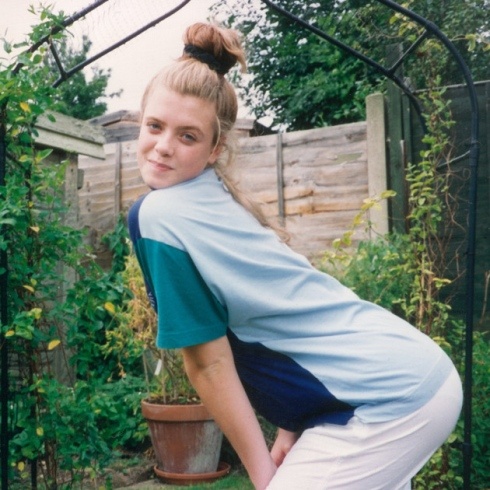 9. She used to be a used car salesperson

Before hitting the big time on TOWIE, Collins worked as a used car salesperson at BMW.

She even nearly closed a deal on a BMQ for co-star Kirk Norcross before his father surprised him with a Range Rover. 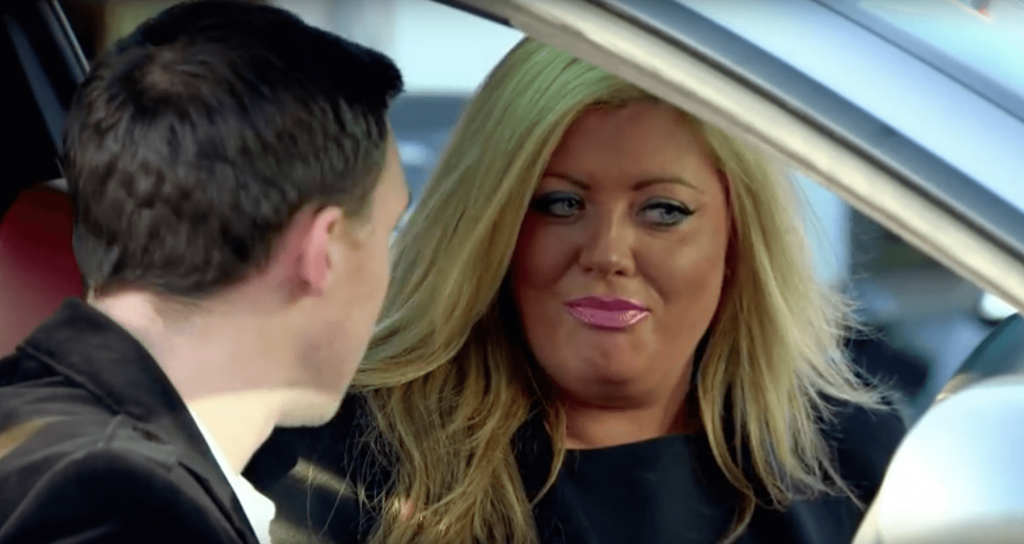 8. Amy Childs’ mother got her onto TOWIE 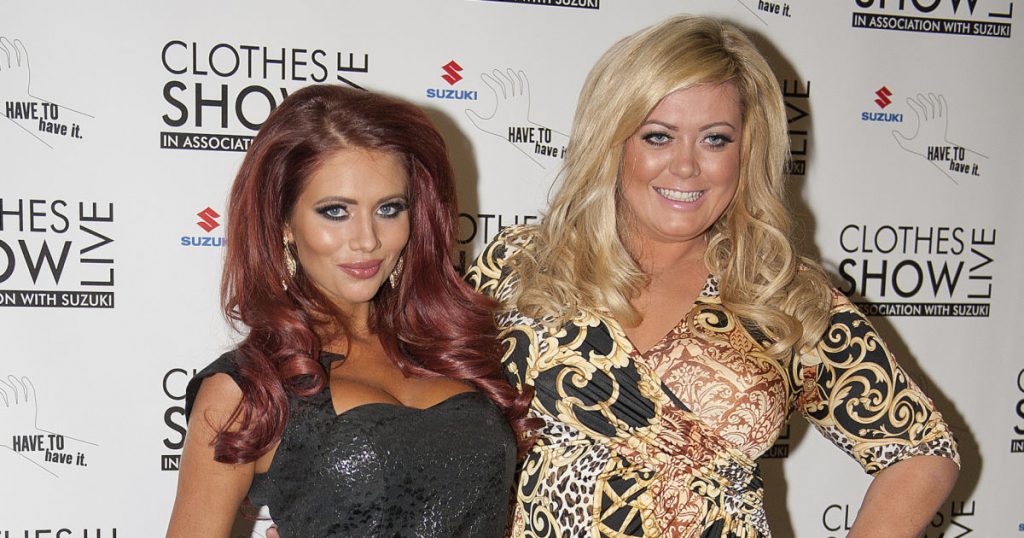 Ever wondered how people end up on TOWIE? In Gemma’s case, it was Amy Child’s mother, Julie, who informed TOWIE producers about Collins.

Gemma was a schoolfriend of Amy, who already featured on the show. Her first ever scene was attempting to sell a car to Kirk Norcross. 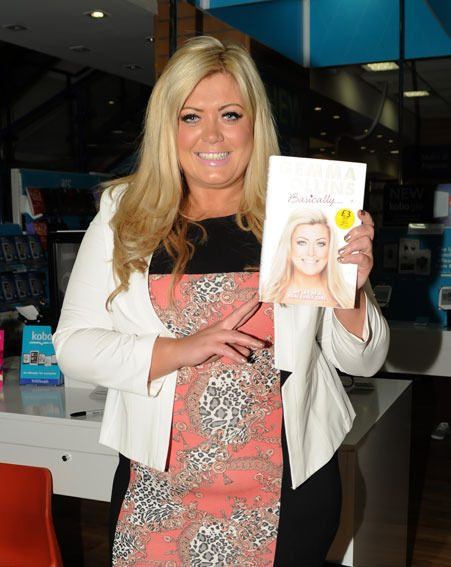 With such a varied and interesting life as Collins’, it’s only natural that people want to know more about her!

In June 2013, Gemma released her autobiography Basically: My Real Life as an Essex Girl, and it became a bestseller in its first week of released.

She has since released another book in 2018 titled The GC: How to Be a Diva, in which she provides advice and self help for women to gain confidence. 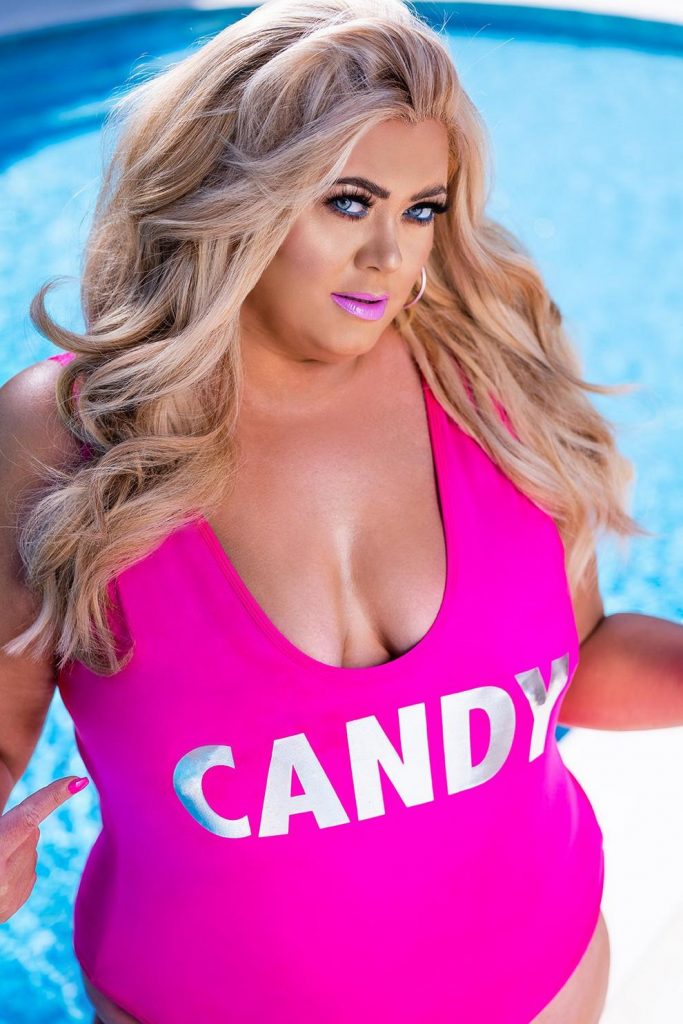 Amongst her many talents, Collins has opened up an eponymous boutique in Brentwood, Essex, aimed at plus sized women. She has since opened up a pop up shop in Marbella and is working on a new shop called Candy G.

She has also collaborated with fashion website Boohoo.com on a collection of swimwear for plus-sized women. 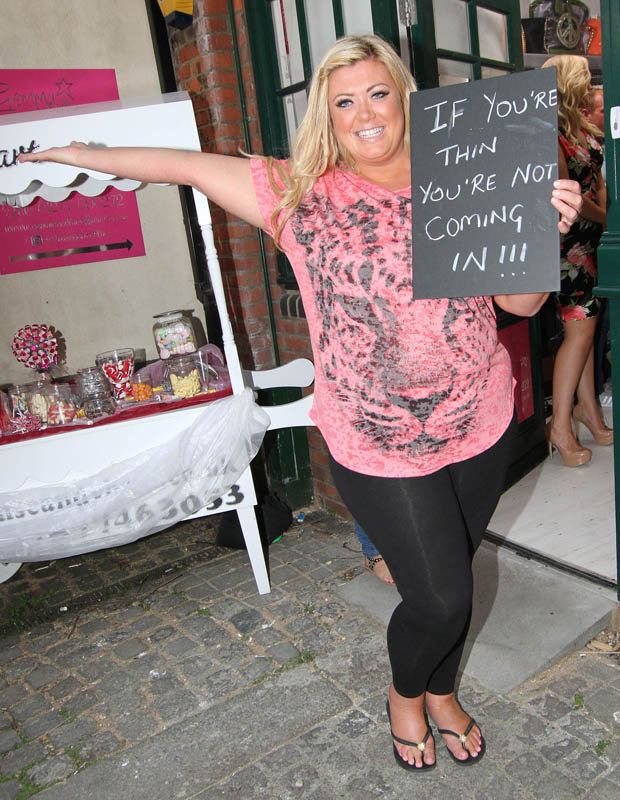 5. She attended the National Television Awards hours after miscarrying 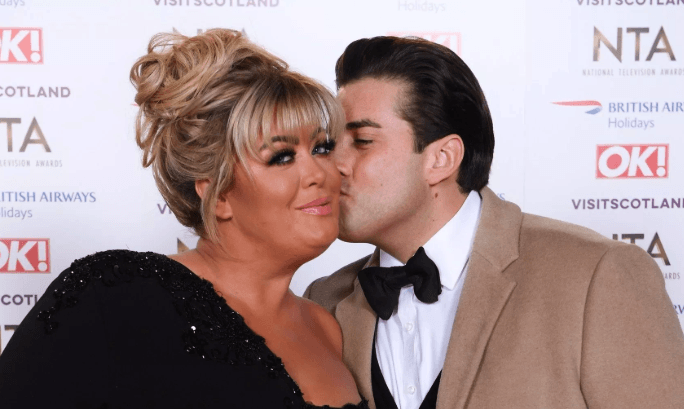 Collins has previously opened up about miscarrying. Talking to Mandy Saligari on Channel 5’s ‘In Therapy,’ Collins said:

‘I woke up with excrutiating pains, so my mum’s going ‘Oh Gem, you’ve got a bad stomach, just sit on the toilet, you’re constipated. And I’m thinking, ‘No, like, something’s not right here.’ I rung for an ambulance and went to my bedroom. My mum could hear how much pain I was in and ran upstairs. At that moment, I came out of my room, looked at her and then ‘bam’ – I ended up giving birth on the landing.’

Gemma was unaware she was pregnant because she was on the contraceptive pill. 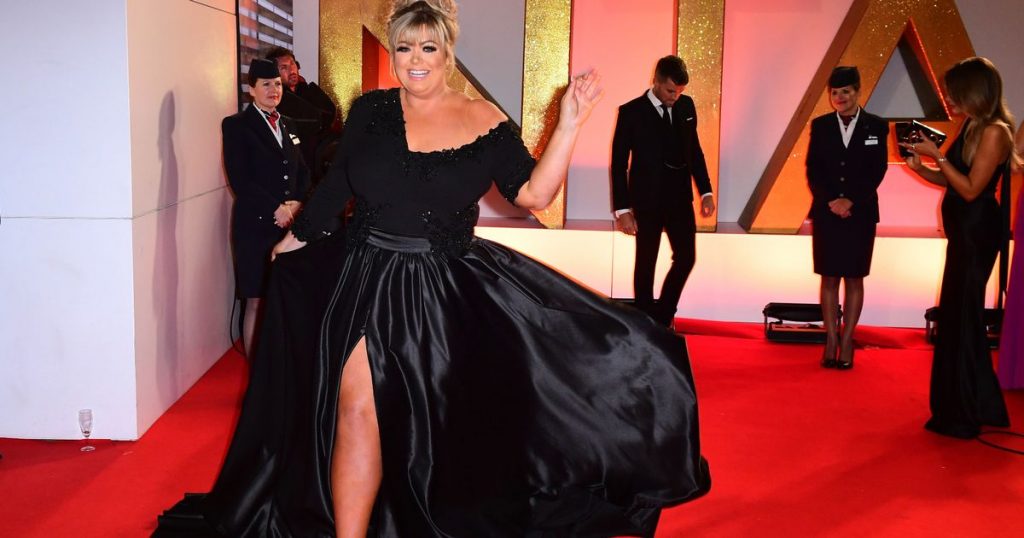 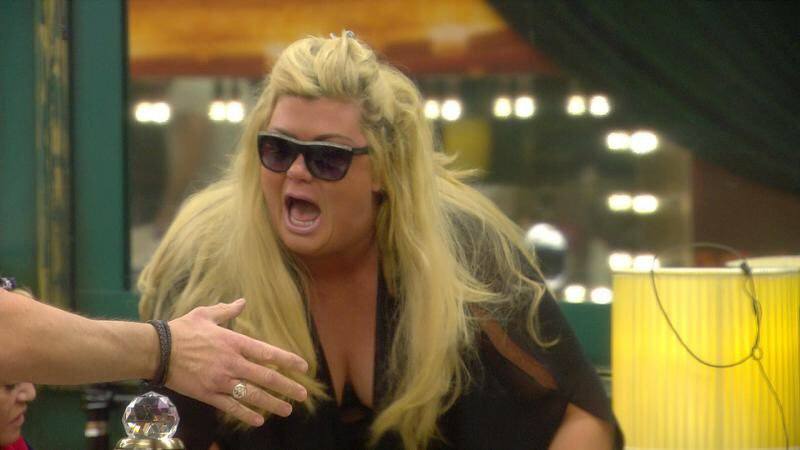 With her fingers in so many pies (remember when she baked that pie for Mick?), it’s unsurprising that Gemma has earned herself a bit of money over time.

With her appearance on TOWIE, and various stints on basically every reality show going, it is thought Gemma has accumulated a cool £2.7 million! Do you think they’re going to pay her mortgage?

3. She teamed up with a dating app to help people find love 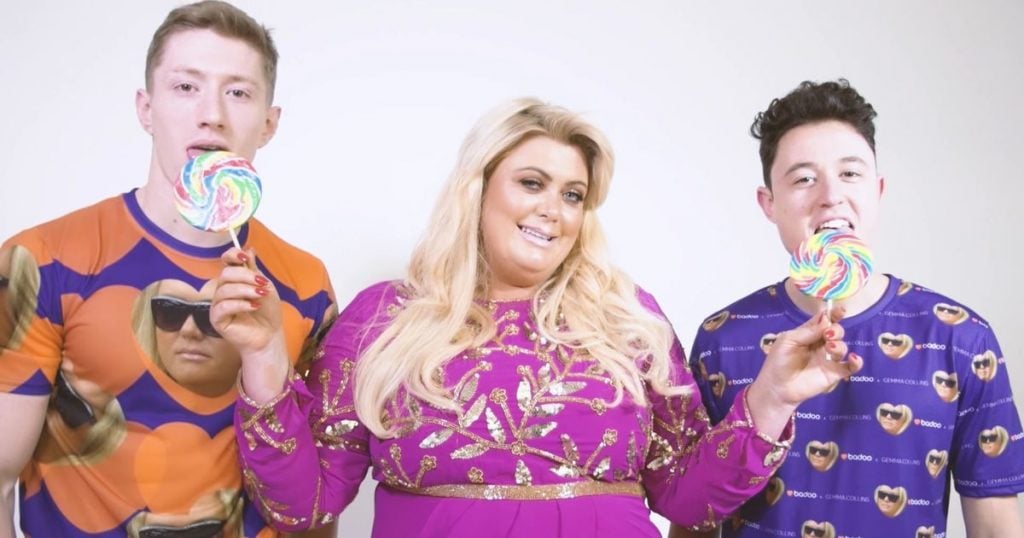 When you thinking of someone who is successful at dating, your first thought probably isn’t Gemma Collins. She is a notoriously difficult lady to please, as has been seen on TOWIE and Celebs Go Dating.

Despite this, Gemma teamed up with the dating site Badoo in order to help other people find love. The 37-year-old helped design an assortment of outfits in order to woo your date, including a jumper with her face on it to enjoy on a cosy night in with your potential bae – during which Gemma suggests you could ‘watch Towie, drink rose, bake him a pie’. 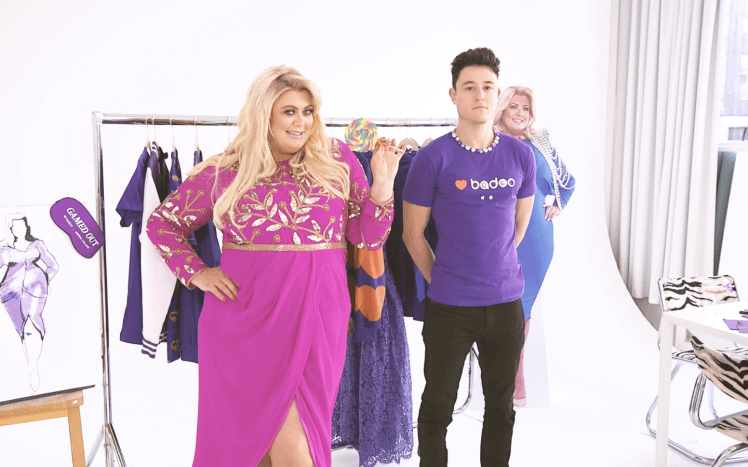 2. She is not an original Essex girl

You might think that Collins is a true Essex girl, having appeared on TOWIE. How can she not be?

Collins was actually born in Romford, which is in the London Borough of Havering.

And last but by no means least, Gemma Collins suffers from claustrophobia. At least, she does if it means avoiding a task in the Celebrity Big Brother House.

How can you not love the GC? Her motto “I just wanna be me” is something that everyone can relate to. Now get that fire exit door, I’m off!