Geena Davis is well known for her tough roles. Thanks to a long career that has seen her play a fugitive in Thelma & Louise, a swashbuckling pirate in Cutthroat Island, an action heroine in The Long Kiss Goodnight and the US President in TV’s Commander in Chief, Davis has earned a reputation as one of Hollywood’s harder leading ladies.

What you might not know is that Geena Davis, action star and Oscar-winning actor, is also a bona fide brainbox. A member of Mensa, Davis has an IQ of 140, a number so high that it officially makes her a genius. 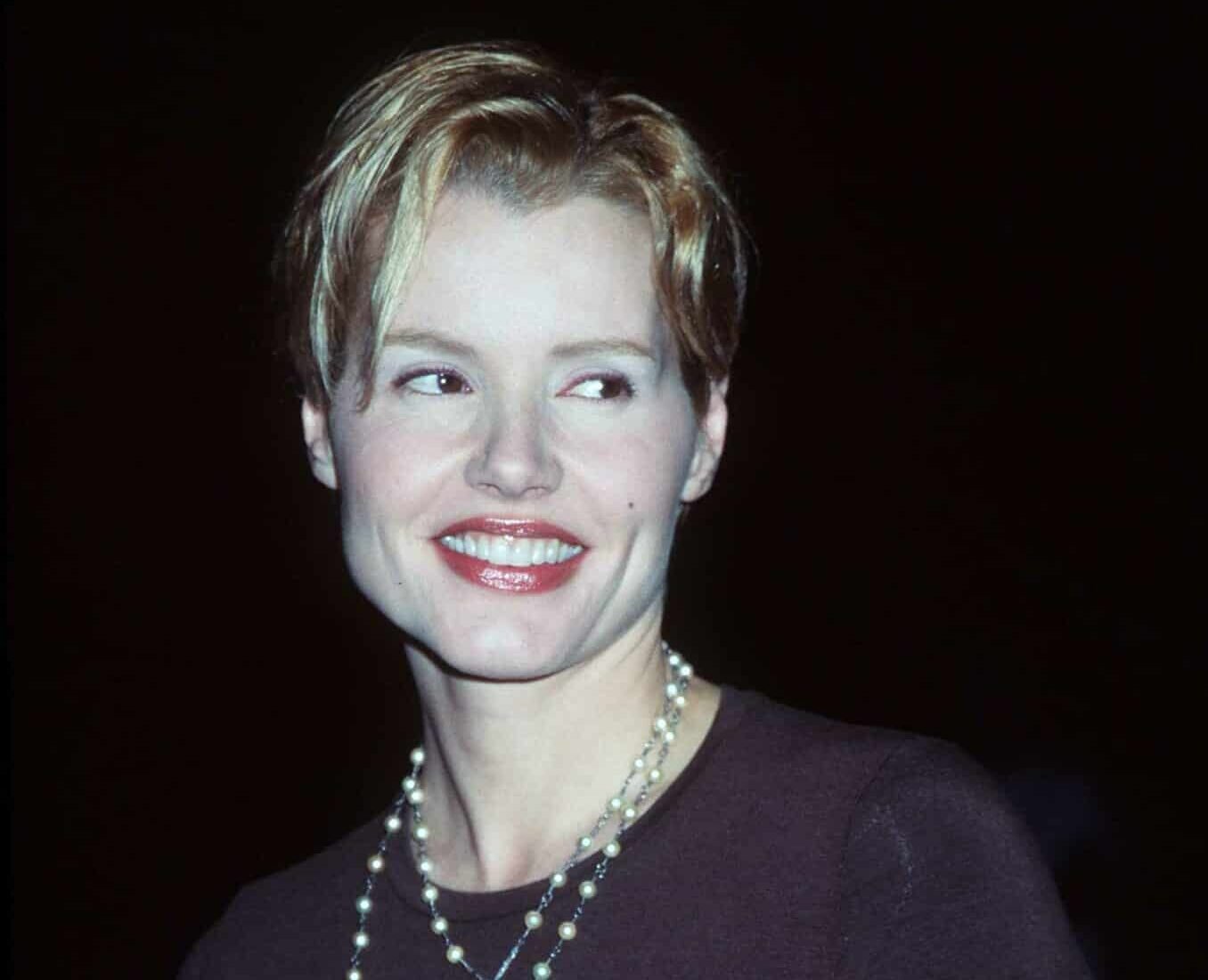 Born on January 21, 1956, and raised in Wareham, Massachusetts, Geena Davis came from a family with no ties to show business. Her mother worked as a teaching assistant and her father was a mechanical engineer whom she has described as “an engineering genius, a machinist, a carpenter”, and a man with “patents in surveying inventions”.

As a child, Geena was a gifted musician who played the piano, flute and organ. Also having a flair for languages, Davis spent one year of high school as an exchange student in Sandviken, Sweden, where she became fluent in Swedish. Yet despite her impressive school achievements, Davis didn’t excel at Boston University; she received an F in a class entitled ‘Movement’, and she left without enough credits to graduate.

After university, Davis worked as a “window mannequin” for Anne Taylor, standing perfectly still in store windows for hours on end. Her first film role was in the 1982 comedy Tootsie, in which she was cast primarily based on her looks and stature, her brains being the last thing on anyone’s mind at the time.

From her earliest movies, Davis sought out roles that were quirky and unorthodox. “I’d made some unusual career choices like Beetlejuice and The Fly and Earth Girls Are Easy just because I wanted to do unique kinds of parts – not just the girlfriend or the wife,” she has said. “I was selfishly, for my own amusement, picking parts that would give me something to do that was challenging.”

This approach paid off. Davis’ turn in 1988 drama The Accidental Tourist won her the Best Supporting Actor Oscar, and her performance alongside Susan Sarandon in 1991’s Thelma & Louise (which landed both leads Best Actress Oscar nominations) made her a major leading lady. But as her acting career grew, so did Davis’ reputation for smarts. Davis has an IQ of 140, an abnormally high number that marks her out as a genius. Appropriately, Davis is in Mensa, the society for folk who score at the 98th percentile or higher – though she’s only a casual member.

“I passed the full Mensa test seven years ago,” Davis told the press in 1995. “But I’ve never been to any meetings or anything. I can’t imagine what they’re like. I don’t know if they just sit around and talk about smart things or what.”

Davis is not the only star actor to be a Mensa member. Former adult film actress Asia Carerra and Modern Family star Nolan Gould are also certified geniuses, as was the late Glenne Headly.

As word of Davis’ intelligence began to spread in the press, her name became a byword for intelligence and beauty. In a 1996 episode of Friends, Monica peruses descriptions of various potential sperm donors, reading aloud that one is “6’2, 170 pounds, and he describes himself as a male Geena Davis.”

Nor are Davis’ areas of expertise limited to the mental. Her 90s movies with Renny Harlin see the actress perform plenty of challenging, dangerous stunts, including a jump through a window into a moving horse-drawn cart in Cutthroat Island, and being repeatedly plunged into ice-cold water in The Long Kiss Goodnight (in addition to other intense fight and chase scenes she performed for both films).

In 2000, Davis further proved her physical skill by becoming a star archer after just three years of training. She was in the final 300 women in the running for the US Olympic archery team, though she didn’t make the final cut.

“How stupid are you?”

Married three times – to restaurateur Richard Emmolo (1981-1983), Jeff Goldblum (1987-1991) and director Renny Harlin (1993-1998) – in 1998 Davis entered into a relationship with plastic surgeon Reza Jarrahy. When they began discussing marriage, Davis teased the doctor about his intelligence, asking him: “How stupid are you? You’re going to become someone’s fourth husband.” (The couple had three children together – daughter Alizeh (born 2002) and twin sons Kaiis and Kian (born 2004) – before they split in 2017.)

Since 2004, Davis has channelled her talents into the Geena Davis Institute on Gender in Media, which studies the entertainment industry’s biases against women. In 2016, her institute partnered with Google and USC to build software that examines how often women appear and speak in media. They named this tool the Geena Davis Inclusion Quotient, or GD-IQ for short.

The institute also produced a 2017 study about how, in advertisements, men are portrayed as more intelligent and serious than women. The group has likewise tackled other social issues, such as racism in advertising. Over the years, Davis has earned various awards through this work, including an honorary Doctor of Fine Arts degree from Bates College and a Jean Hersholt Humanitarian Award.

Davis herself has expressed satisfaction with her life choices – though her academic prowess took her down unusual paths. “By the time I reached my forties I’d become a middle-aged data geek and had my own institute on gender in media – and I became a mom,” she has said.

“I thought it was wonderful that this happened after I’d become more of who I was supposed to be,” she added. “I could show [my children] what it was like to be a strong woman and raise them to see women and men as equals.”

Karen Day, who directed Davis in the 2016 movie Girl from God’s Country, sung Davis’ praises in a 2017 essay: “I can confirm [Davis] is devastatingly tall, beautiful and preternaturally intelligent and I would hate her if I didn’t respect her so much.”