Gary Oldman Based True Romance’s Drexl On Dealer He Knew

The 90s saw Gary Oldman become one of the most in-demand bad guy actors around, and one key performance that helped him reach this status came in True Romance. Even though the British actor’s screen time in the 1993 thriller – directed by Tony Scott, written by Quentin Tarantino – amounts to just two scenes, Oldman went to great lengths to ensure audiences would remember him. And it all started with him taking inspiration from an unsavoury source.

Gary Oldman started out in the early 80s as a theatre actor in his native Britain, before breaking into film playing controversial punk rock star Sid Vicious in Sid and Nancy. Oldman quickly became one of Hollywood’s go-to actors for edgy roles demanding maximum intensity, including Lee Harvey Oswald in Oliver Stone’s JFK, and the title role in Bram Stoker’s Dracula. Then, in early 1993, Oldman was offered a small role in the next film from director Tony Scott, a crime thriller entitled True Romance. 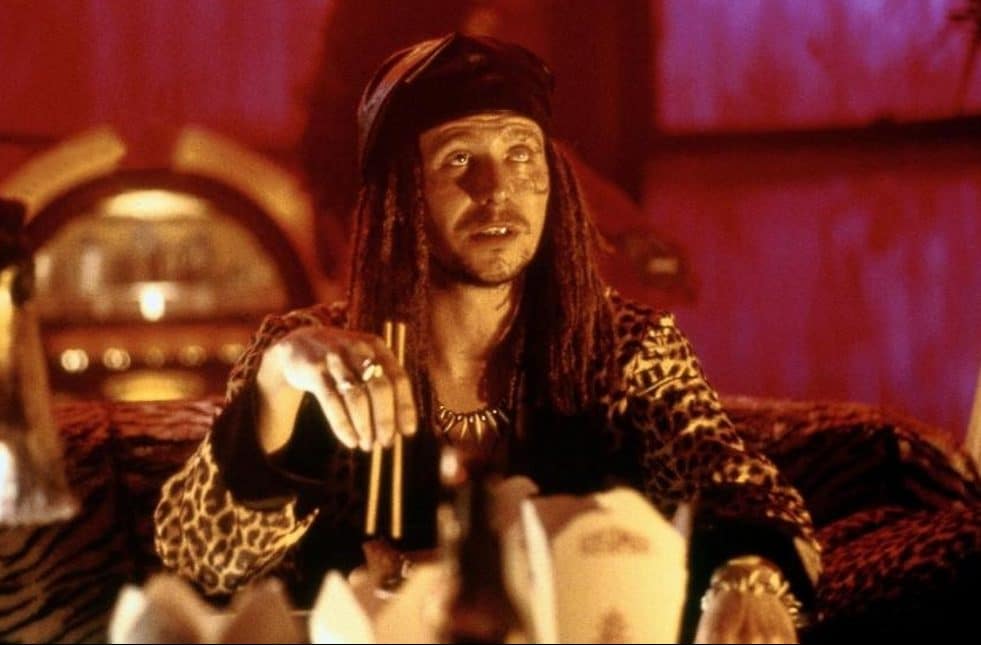 True Romance was the cause of some excitement, as it boasted an original screenplay by a hot newcomer named Quentin Tarantino, who had recently caused a stir with his acclaimed directorial debut, Reservoir Dogs.

At the same time that production was set to get underway on True Romance in Los Angeles, Oldman was working over on America’s East Coast in Brooklyn on another dark crime thriller, Romeo is Bleeding. This meant that in order to do Tony Scott’s film, Oldman had to fly directly to LA as soon as his work on Romeo is Bleeding was complete. 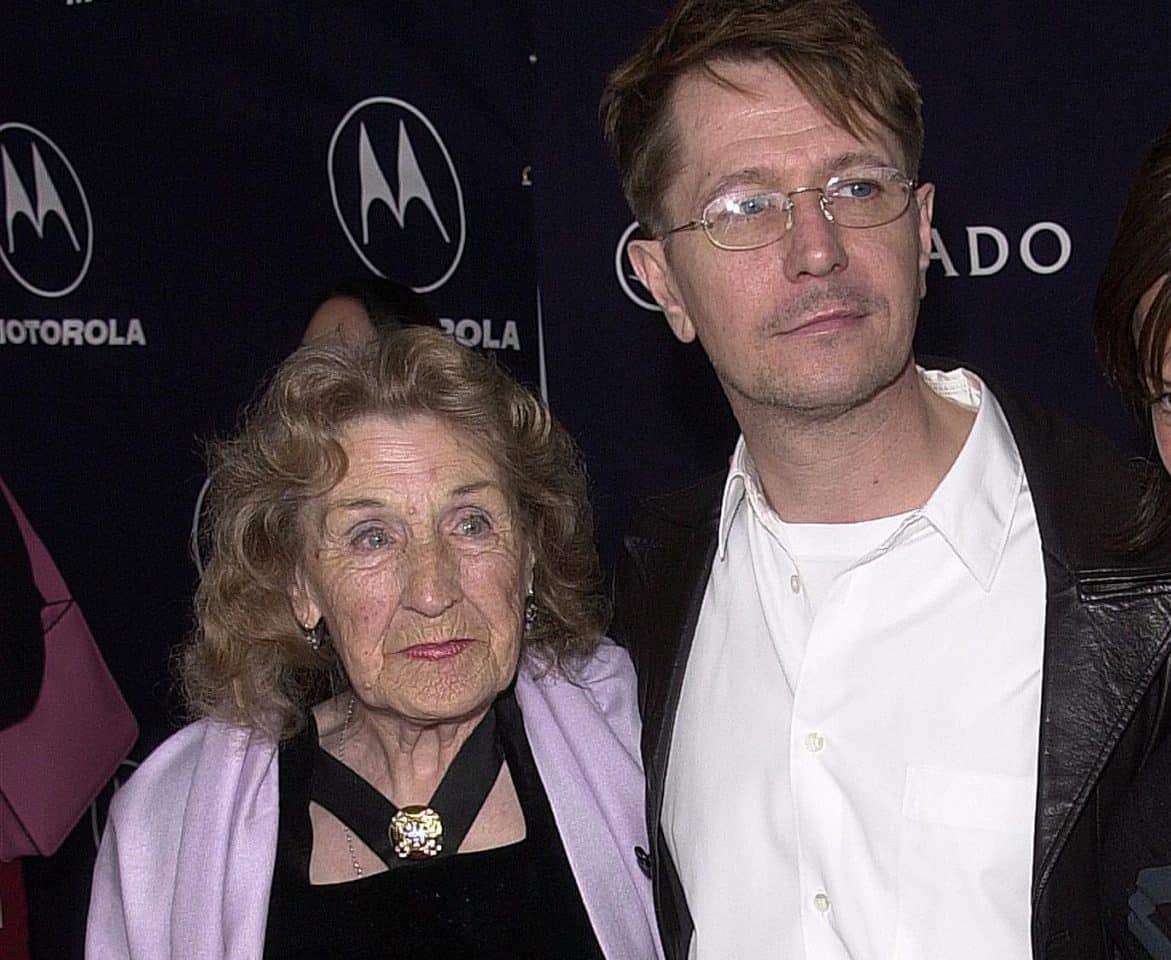 Scott later recalled, “I love working with extreme people, and Gary’s extreme. He finished filming Romeo on Sunday at 11pm in New York, got on the red-eye, and arrived on my set at seven the next morning, with his mum.” Oldman’s mother, in her 70s at the time, stuck around during the shoot, said Scott: “After a take he’d go, ‘Mum, what do you think?’ She’d say, ‘It’s good,’ and he’d go, ‘What the f*** do you know? It’s terrible.'”

In accepting the role of Drexl Spivey, the pimp of Patricia Arquette’s call girl-turned-outlaw Alabama, Oldman had taken a lot on faith: “I hadn’t read the script, and knew nothing about it. Tony and I had tea at the Four Seasons and he said, ‘Look, I can’t really explain the plot. But Drexl’s a pimp who’s white but thinks he’s black.’ That was all I needed to hear. I said, ‘I’ll do it.'” 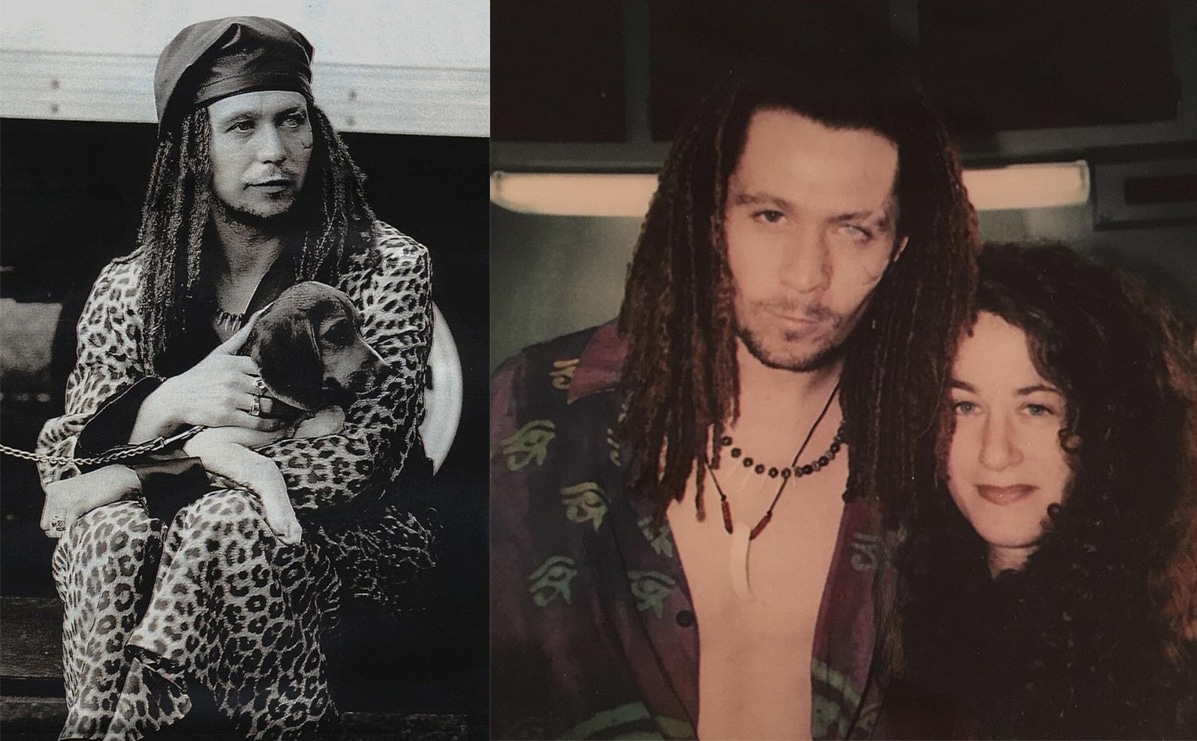 Once Oldman read the script, he didn’t find anything too specific regarding Drexl’s appearance, but the actor soon hit upon his own unique approach – although his own explanation of this deviates slightly from what Tony Scott had claimed. The late director once said, “Gary called me out of the blue and said, ‘I’ve got it. I know exactly who this guy is: He’s my drug dealer.’”

Oldman has emphatically denied this (“Tony would f***ing get me arrested, wouldn’t he? I’ve never had a drug dealer!”), but in another account Scott clarified, “Gary was shooting Romeo is Bleeding in a tough part of Brooklyn and he’d seen a guy like that hanging out on set, trying to sell the crew drugs.” 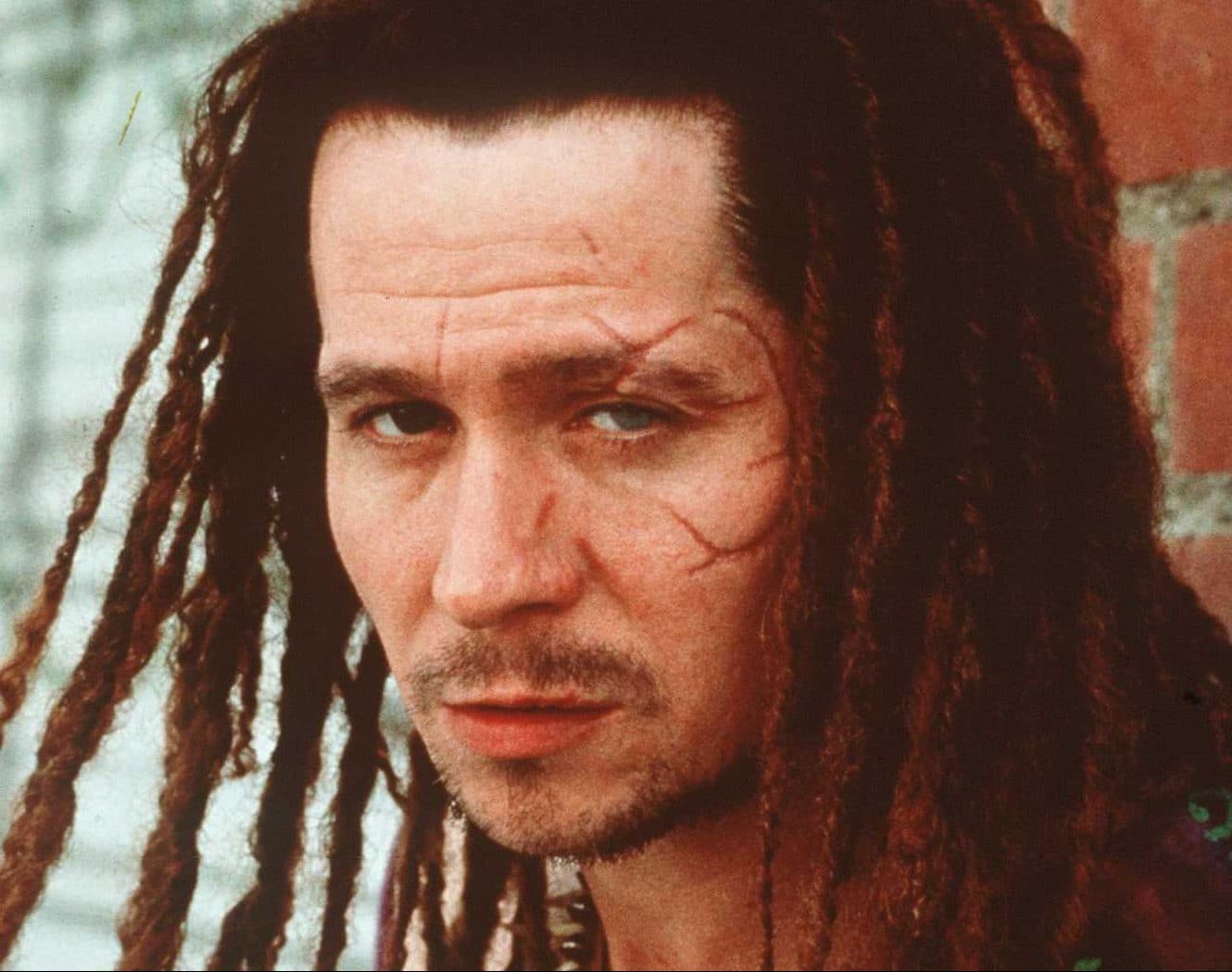 Oldman hit upon the idea that Drexl had previously been bottled in the face, leaving him with a scar and an injured eye. While the film’s makeup artists provided the scar, Oldman himself provided the one white eye: it was one of the very same contact lenses he had worn for Bram Stoker’s Dracula.

Oldman explains he used another of his Dracula connections to provide Drexl’s hair. “I sent [Tony Scott] a note, saying, ‘I would like dreadlocks. What do you think?’ And he said, ‘Yeah, great.’ So I knew Stuart [Artingstall], who had been the wigmaker on Dracula, so he made me that wig in about 48 hours.” 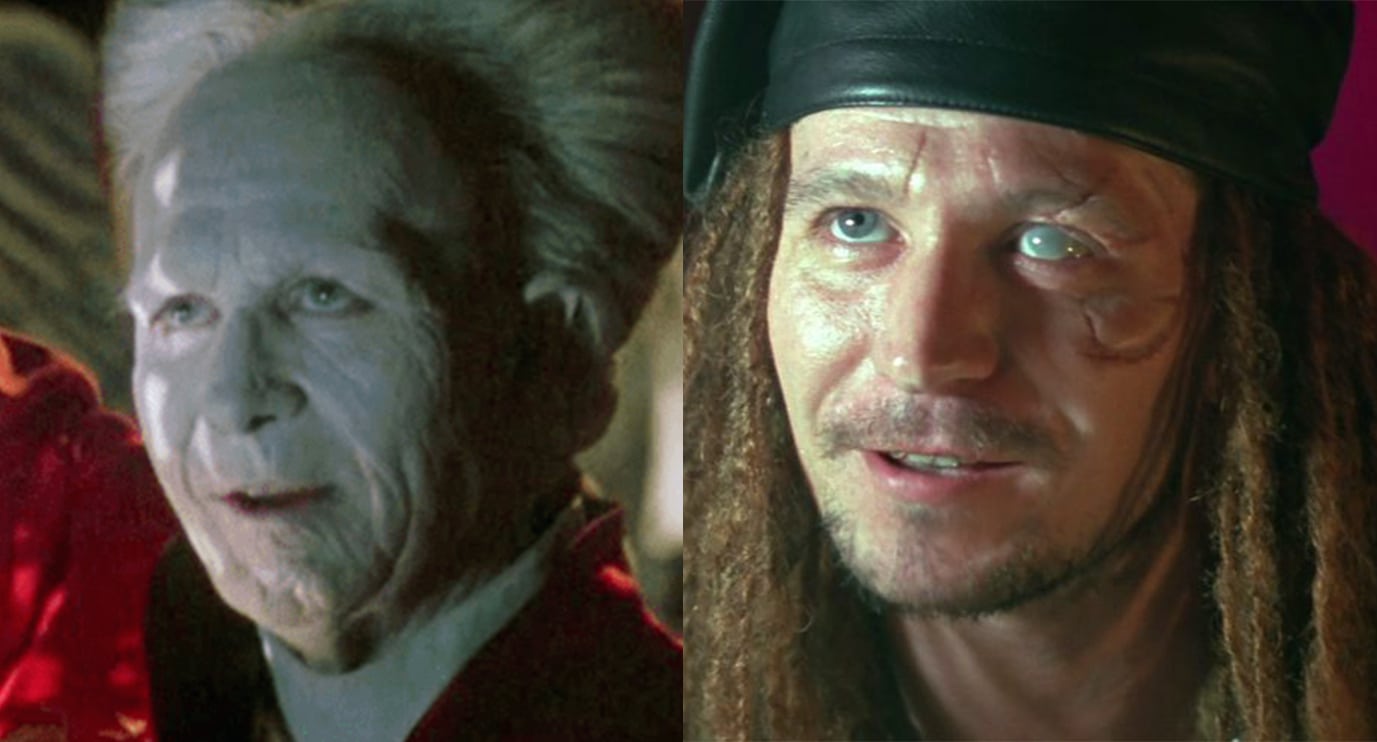 For the finishing touch, the actor also had gold teeth made at a New York dentist in his down time on Romeo is Bleeding. Oldman then arrived at the True Romance set decked out with his hair, teeth and eye, and “hoped Tony liked it.” Happily, the director was indeed happy with Oldman’s look, and this combined with his intense performance helped make Drexl an unforgettable antagonist.

Oldman also made some efforts to make Drexl a convincing wannabe-African-American. “I heard this gang of black kids outside my trailer and thought, That’s Drexl. I showed this kid my lines and said, ‘Does this seem authentic?’ He changed some words. He said, ‘That don’t fly. Drexl wouldn’t say ‘t**ties’; he’d say ‘breasteses.’” 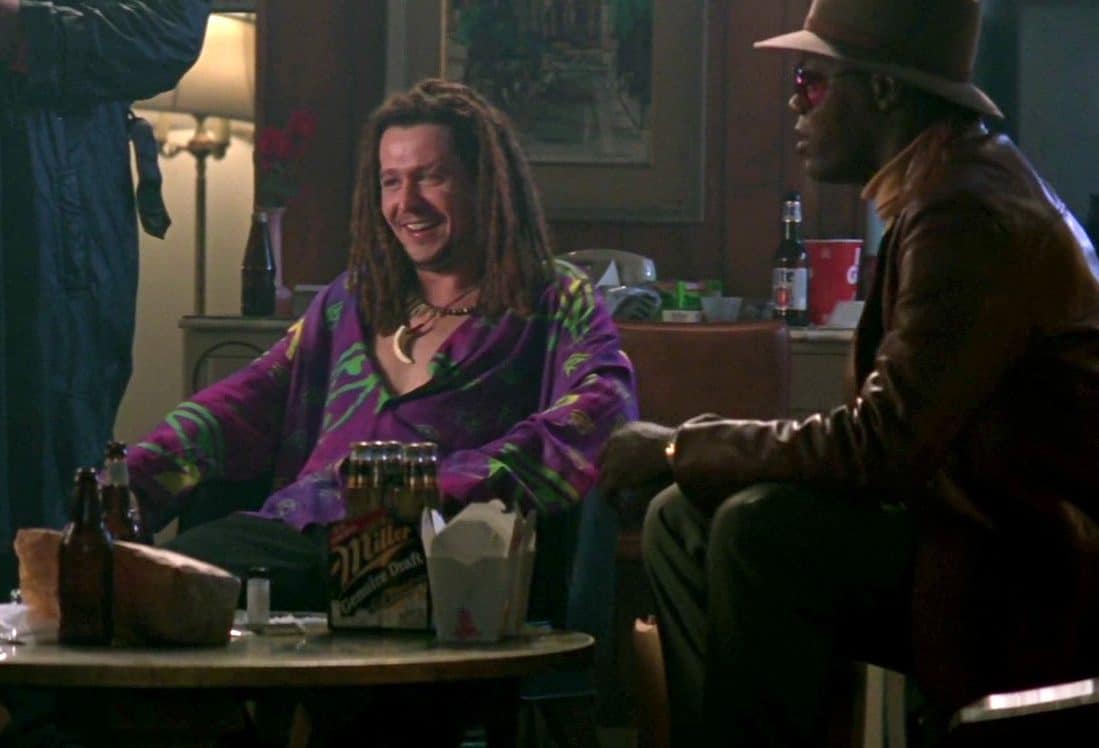 Oldman’s Drexl does indeed say this unusual term in the movie, but not everyone’s convinced of its authenticity. Quentin Tarantino has remarked, “Those kids were clowning [Oldman], and he believed them because he didn’t know any better. Because he’s British.”

In a film with no shortage of scene-stealing appearances from the likes of Dennis Hopper, Christopher Walken, James Gandolfini and Samuel L. Jackson, Oldman nevertheless made a real mark in True Romance. As he explained years later, “I’m only in the film for about 10 minutes – I wanted to make my mark.”

True Romance didn’t have much impact at the box office, but it rapidly earned cult status and is now considered a career highlight of those involved, not least Oldman. 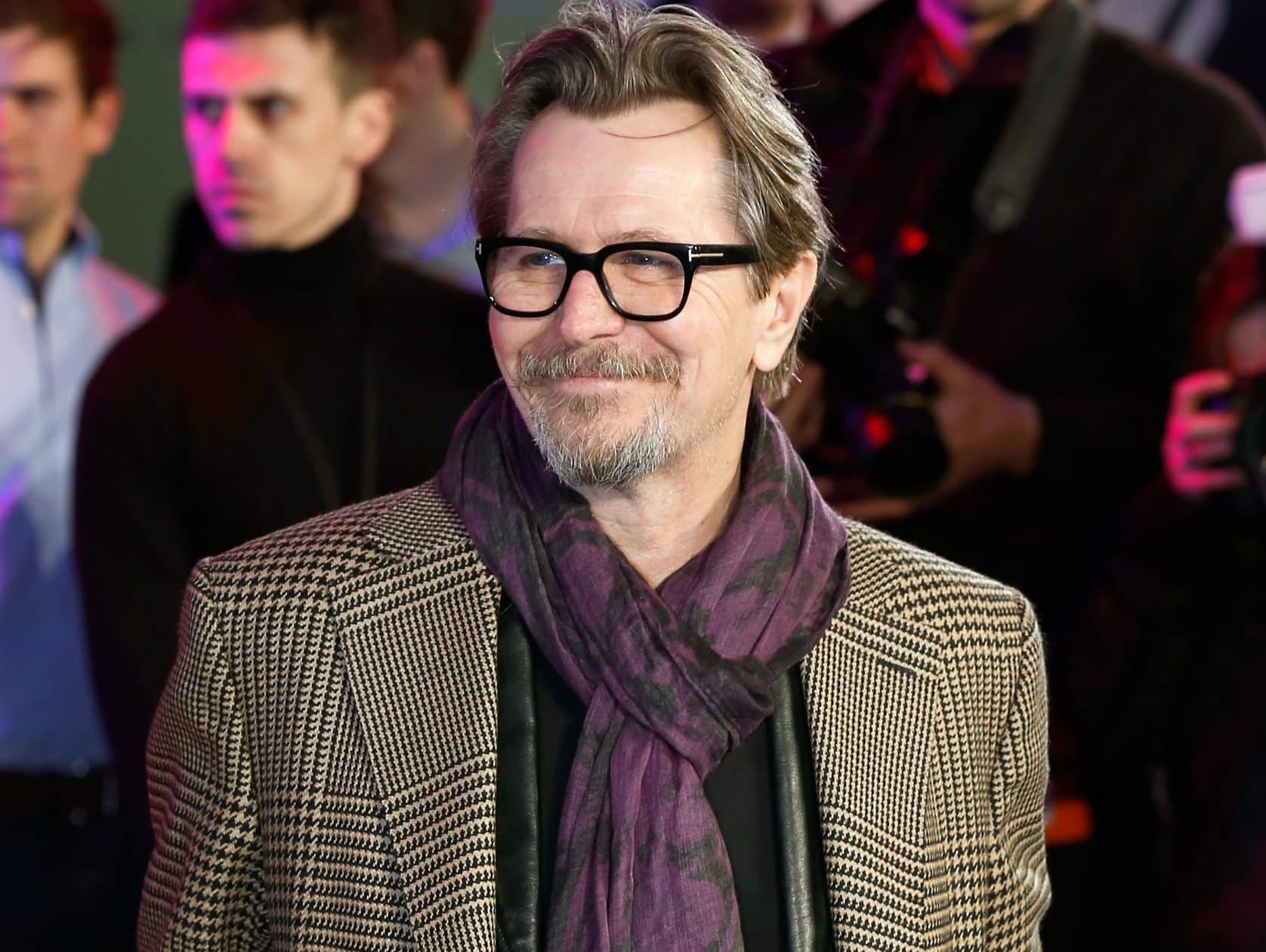 By the 2000s, Oldman had grown weary of always playing the villain, and took more amiable roles in the Harry Potter films and Christopher Nolan’s Dark Knight trilogy. Finally in 2018 he won the Best Actor Oscar for Darkest Hour, portraying a man often considered one of history’s greatest heroes, Winston Churchill.

Even so, Oldman is still celebrated as one of cinema’s greatest bad guys thanks to such films as Leon, The Fifth Element and Air Force One – and True Romance’s Drexl holds a special place amongst his rogue’s gallery of roles. The actor recalls, “My most quoted line is, ‘I know I’m pretty, but I ain’t as pretty as a pair of t**ties.'”