15 Games From The 1990s You’ve Completely Forgotten Even Existed

Look through an Argos or Index catalogue from your childhood, and you’ll be stunned by the wide variety of games that we were able to choose from when writing our annual Christmas or birthday wishlists. And whilst many of these fun, family pastimes will have remained at the forefront of your memory as you transitioned into adulthood, we suspect there are a handful that you’ve forgotten you even played.

Below are 15 examples that are guaranteed to get you reminiscing about a time in your life when you didn’t have a care in the whole wide world. 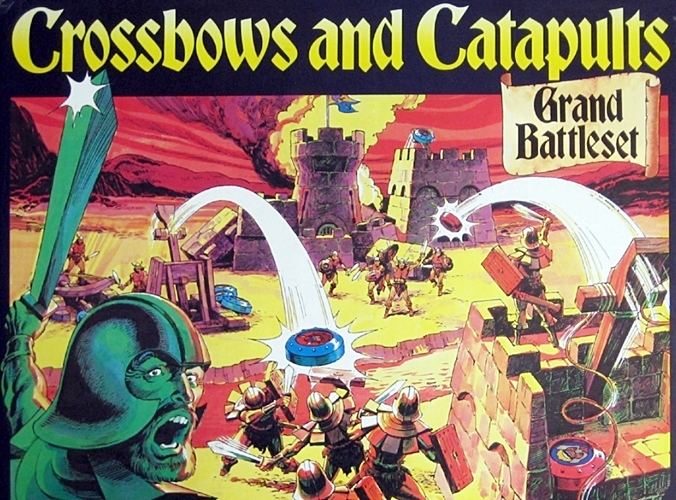 Available in a number of different sets, each of which came with an impressive number of pieces and defensive strongholds.

Crossbows and Catapults let us carry out a medieval-style throwdown on the other members of our family. 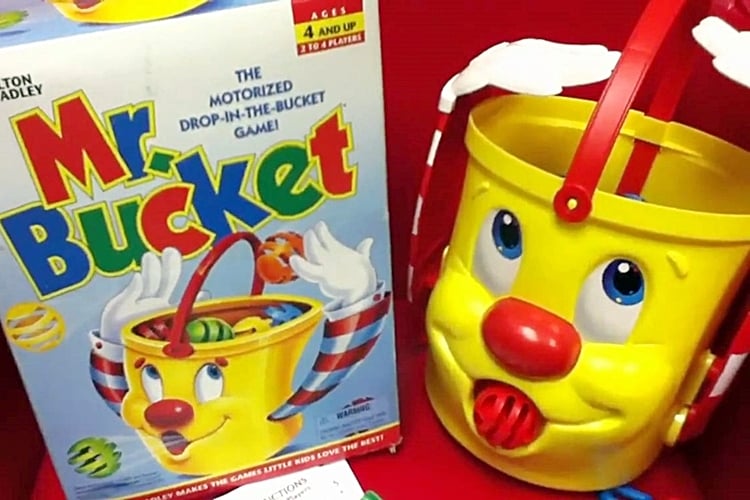 This entertaining game had us running about in an often vain attempt to dispose of brightly coloured balls.

Mr Bucket was a cute yellow and red container who took great delight in seeing us run around our 90s living room. 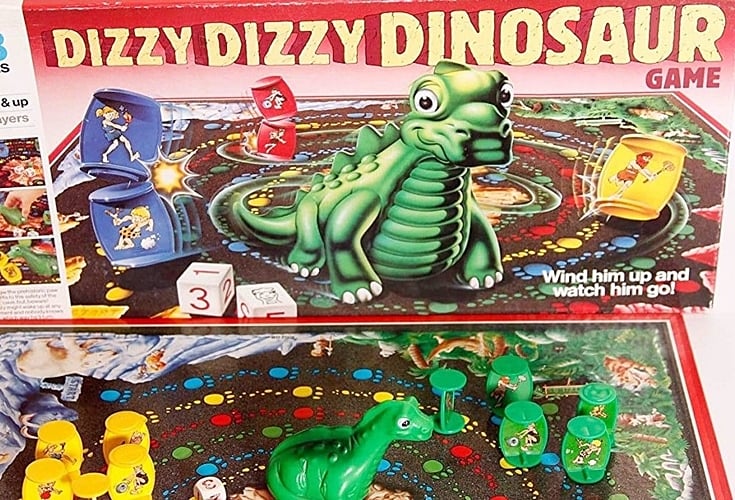 Attempting to play a game that featured a spinning, dizzy dinosaur drove us to absolute despair! 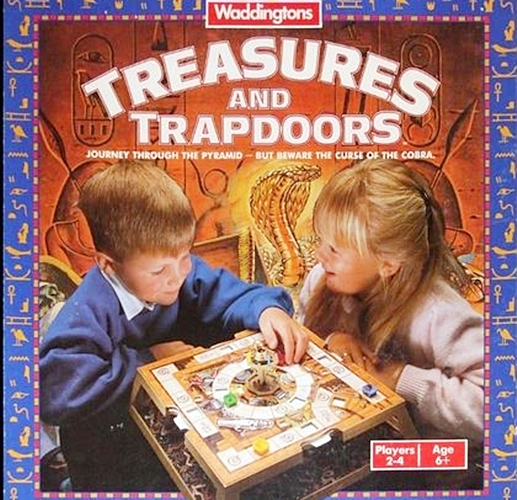 Treasures and Trapdoors was a mysterious game that saw us taking a mystical journey through an ancient pyramid.

Of course, we also had to avoid the dreaded ‘curse of the cobra.’ 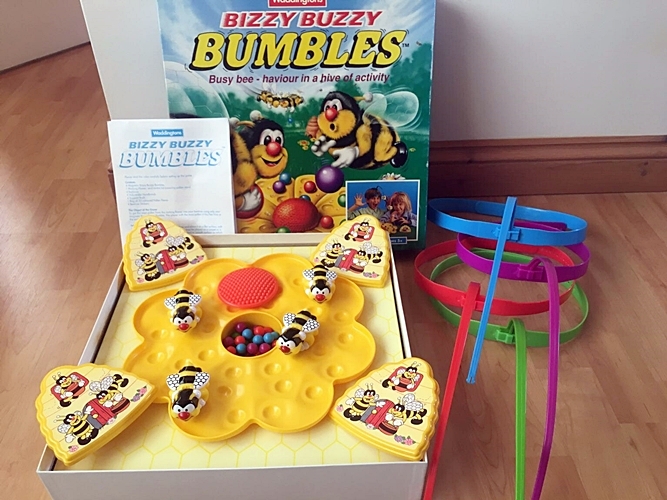 We remember the incredibly catchy advert for Waddingtons’ Bizzy Buzzy Bumbles better than the actual game itself.

We still remember it being a great deal of fun. 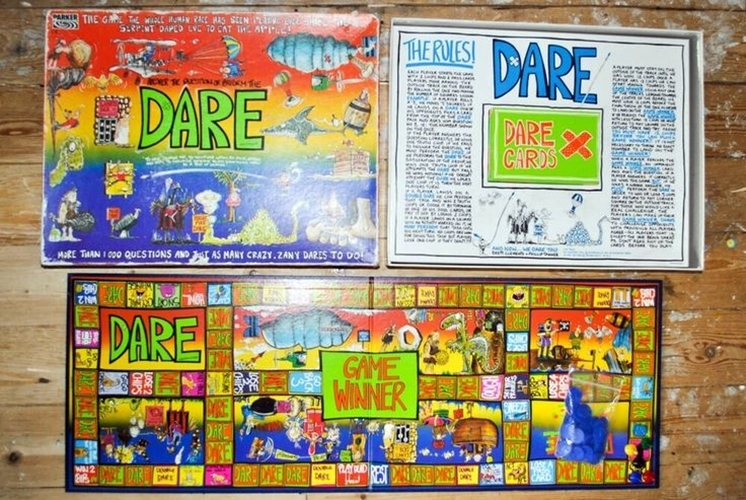 As its name suggests, Dare had us carrying out a number of different forfeits every time we answered a question incorrectly.

Just look at those 90s colours! 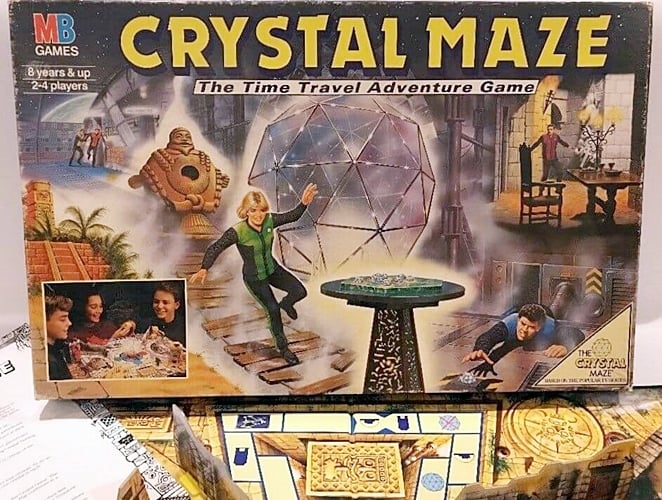 Just like the legendary TV show of the same name, Crystal Maze asked us to perform tasks in various zones.

Then it gave us the chance to win our fortune in a miniature version of the magical Crystal Dome. 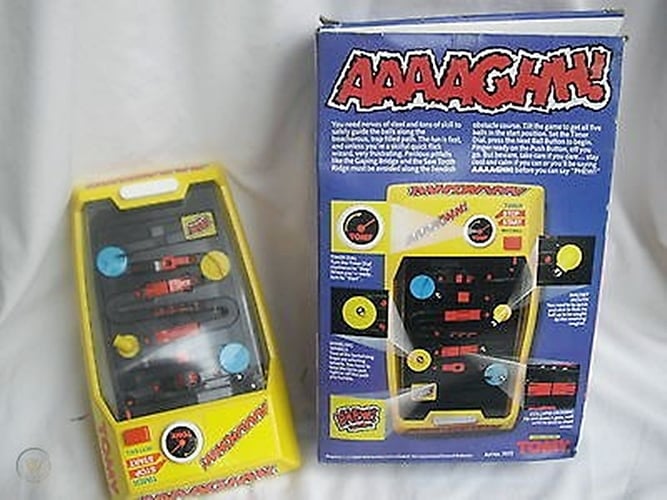 It saw us forever failing to transport a small marble through various rotating sections. 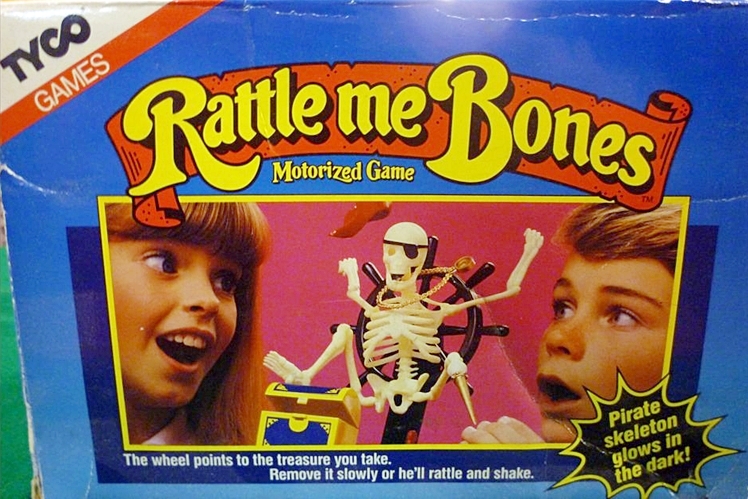 Yes, it might have been a little too similar to the classic stacking game of Buckaroo.

But the jumping skeleton in Rattle Me Bones was far scarier than a bucking bronco had any hope of being. 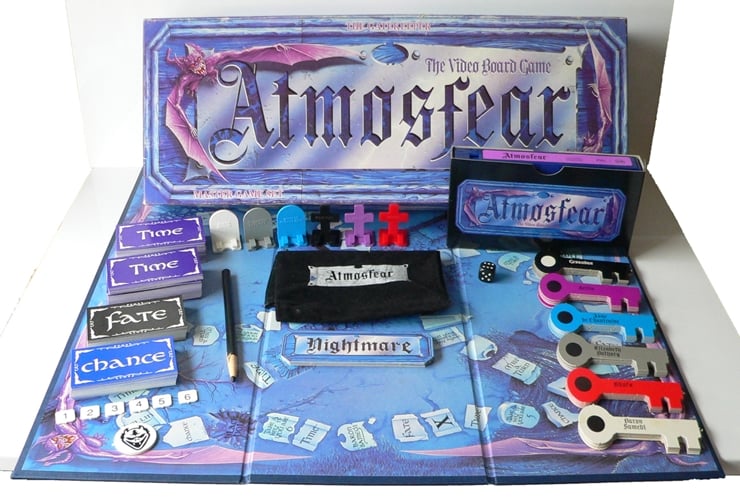 Also known as Nightmare in some regions, Atmosfear came with a VHS tape that introduced us to the terrifying Gatekeeper.

He was nightmarish figure who gave instructions to anyone who was brave enough to play this classic 90s board game. 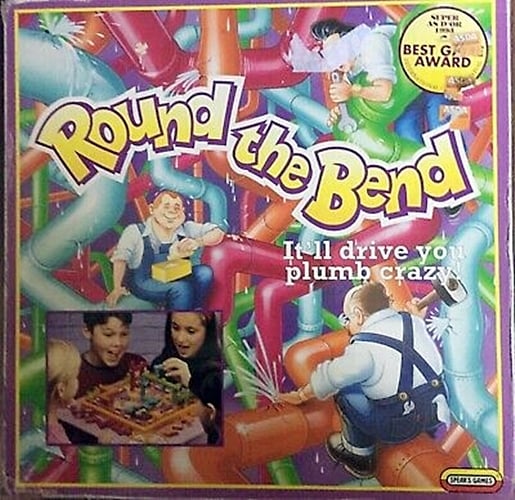 Turning the classic ‘marble run’ toy into a surprisingly fun board game!

Round the Bend appealed to the wannabe plumber that is buried deep within all of us. 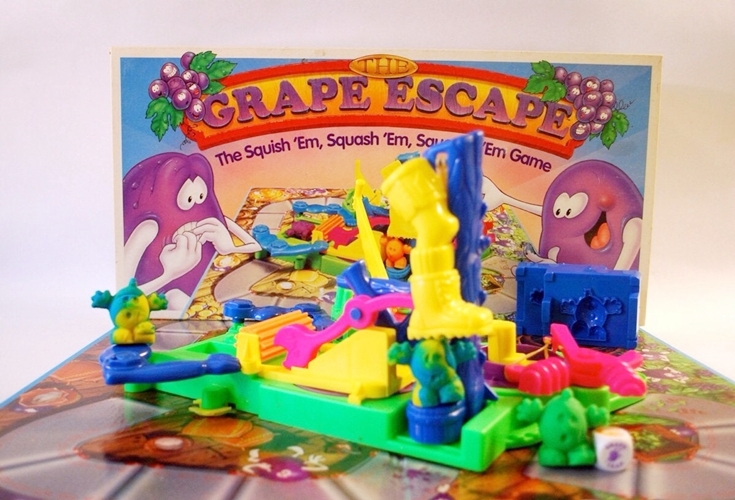 Combining Play-Doh and Mousetrap into one attractive board game package!

Grape Escape saw us doing our damnedest to turn our squidgy game pieces into grape juice.

Its glossy TV advert may have promised far more than the game could ever deliver.

Peter Pan’s Backfire was on many 80s kid’s wishlist. 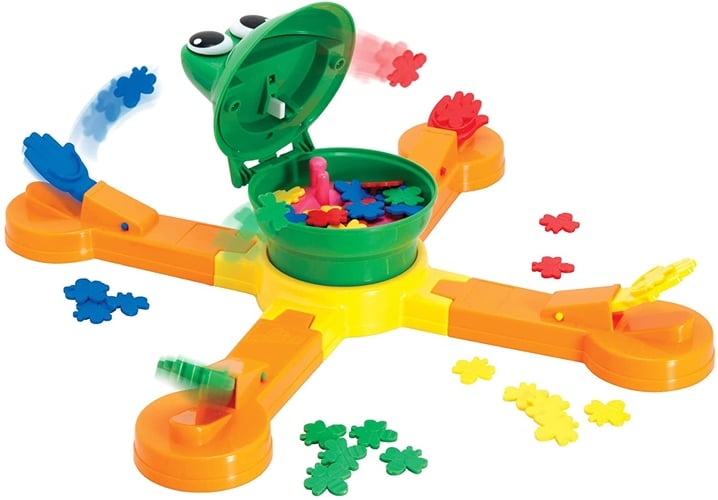 Tomy gave us some of the greatest games and electronic devices of our entire childhood, and Big Bug Eater.

It saw us frantically firing tiny coloured insects into an amphibian’s gaping mouth – was another prime product from the legendary Japanese manufacturer. 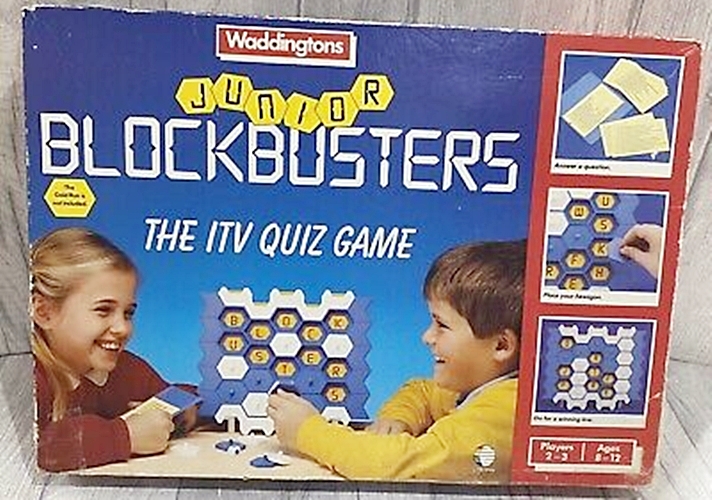 Junior Blockbusters gave us a child-friendly version of one of the best TV game shows of all time.

In addition to increasing our general knowledge, it even let us ask for “a P please Bob.”