12 Games From The 1980s You’ve Forgotten You Even Played

Before we got our hands on mobile phones, tablets and other similarly distracting modern-day devices, there was nothing like a board game to keep us entertained. Lost Valley of the Dinosaurs, Game of Knowledge, Dizzy Dizzy Dinosaur, Brit Quiz and Beware the Spider are just five of the games we look back on fondly.

Still, the fun does not end there, so join us as we explore another 12 games from the 1980s that you’ve forgotten you even played. 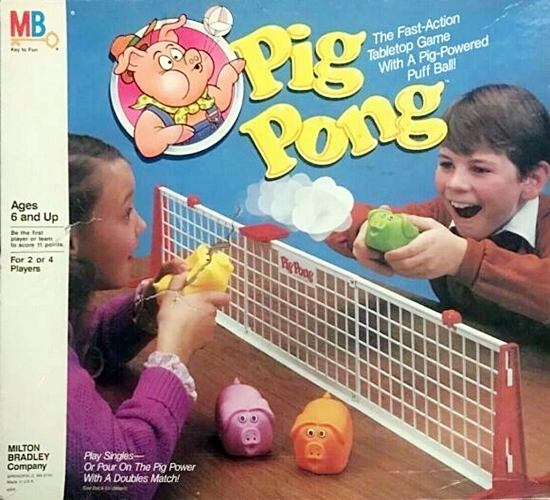 Pig Pong was most definitely a game that we wrote on our Christmas wish list at least once.

Pig Pong was advertised as ‘the fast action tabletop game with a pig-powered puff ball,’ and it was essentially an extremely fun mini amalgamation of badminton and table tennis. 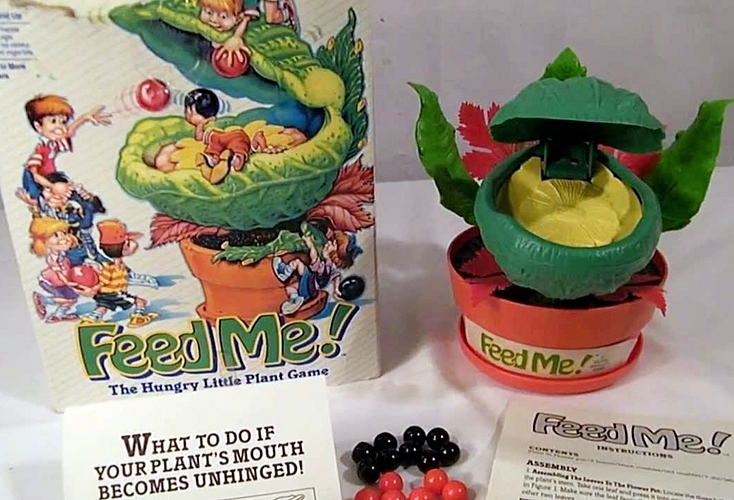 Feed Me was a fun alternative to the likes of Buckaroo and Jaws where you had to feed marbles to a ‘hungry’ plant until its mouth snapped shut.

Games such as these were always fun until you both lost and were scared silly at exactly the same time! 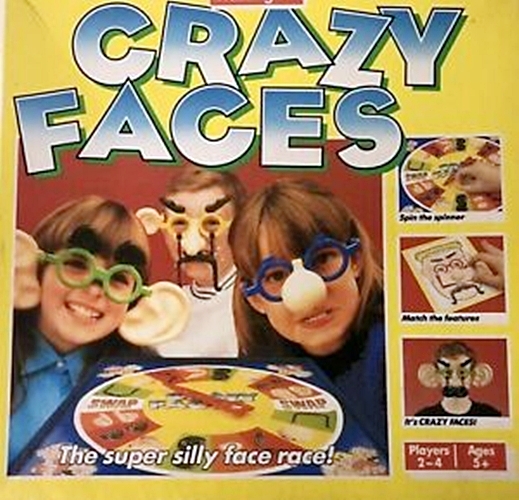 The best games are often the ones that have you in fits of giggles by the time you’ve finished playing, and Crazy Faces was a prime example of this.

You won Crazy Faces by being the first person to complete your (yes, you’ve guessed it) crazy face, but the main point of the game was laughing at how ridiculous your friends or family ended up looking. 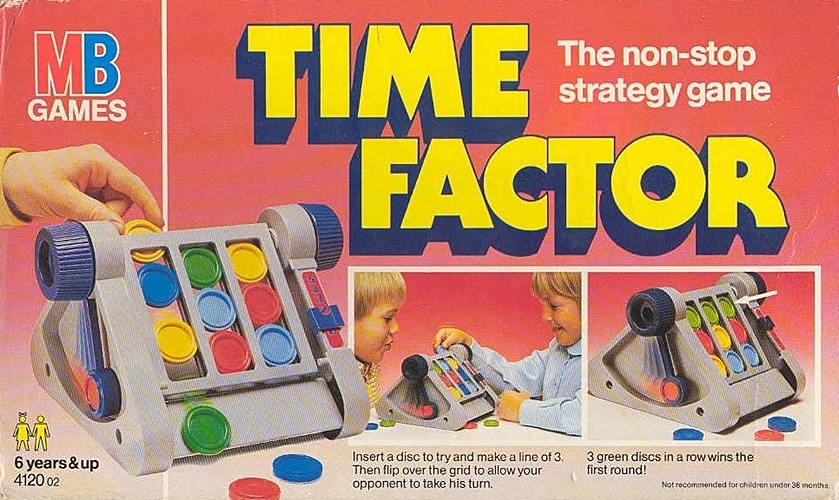 The majority of the games on this list were produced by a company called MB Games, and Time Factor was no different.

Challenging us to make a row of three disks of the same colour before the timer ran out, Time Factor was actually a lot harder than it looked at first glance. 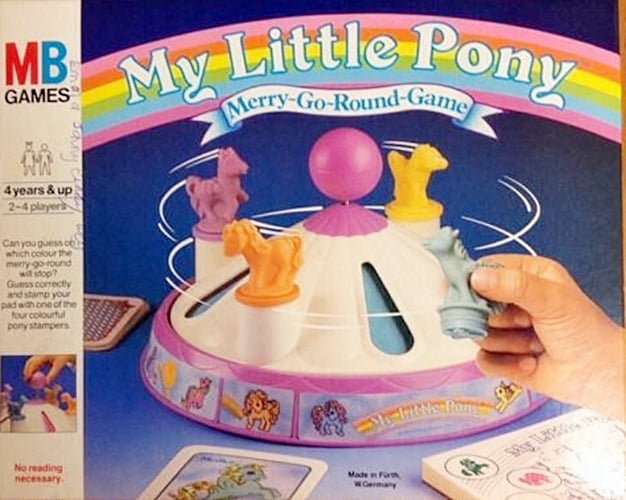 The game asked us to ‘spin the wheel and record your score with a colourful ink stamp.’ 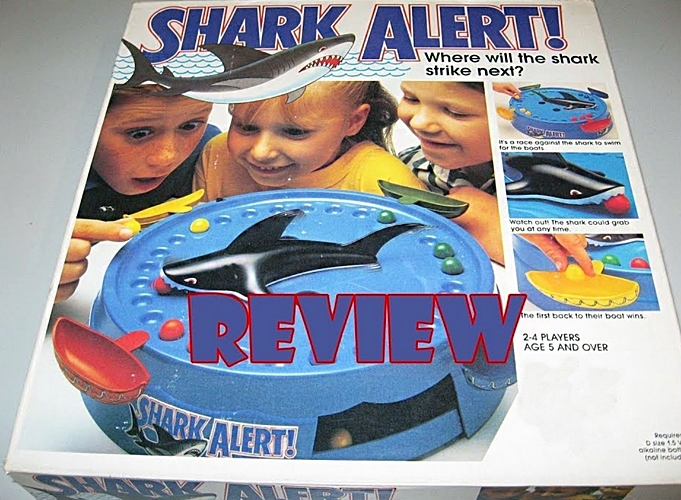 Featuring technology that at the time we thought was unbelievably futuristic, Shark Alert! (we suspect the name Shark Attack! was already taken) was really good fun.

Featuring a shark that was programmed to randomly move around the board and eat our playing pieces, it was a game that kept us on our toes at all times. 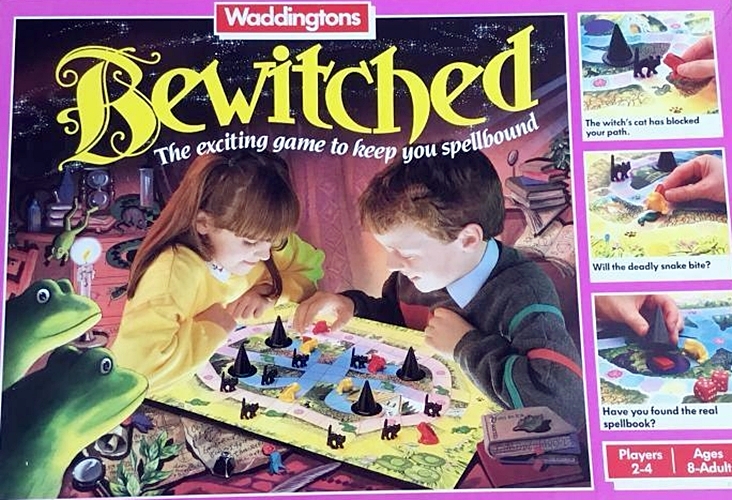 The spellbinding Bewitched board game saw us having to ‘race through obstacles to be the first to discover the spellbook.’

And because this spellbook reversed the evil spell cast by the wicked witch, we made sure to always obtain it before the rest of our family!

5. Knock Your Block Off 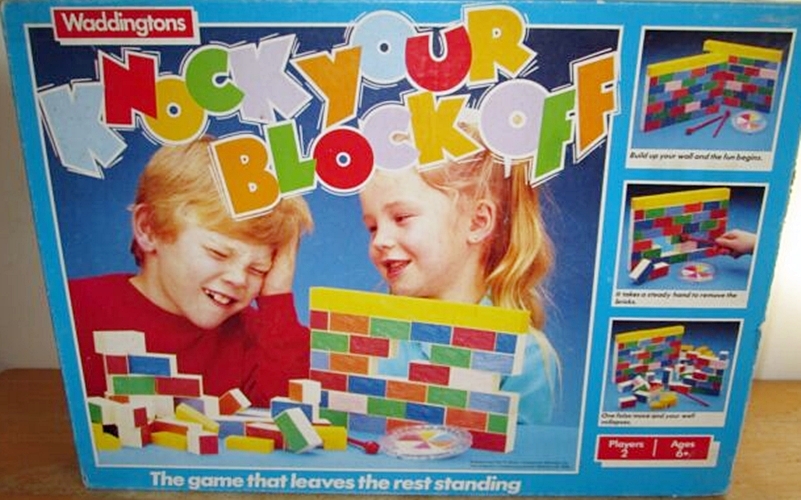 As youngsters we all loved building walls from blocks only to knock them down again, and such demolition tendencies were exploited to full effect with the Knock Your Block Off game.

A bit like Jenga before Jenga was invented, Knock Your Block Off saw you having to remove blocks from a wall without the whole thing coming crashing down. 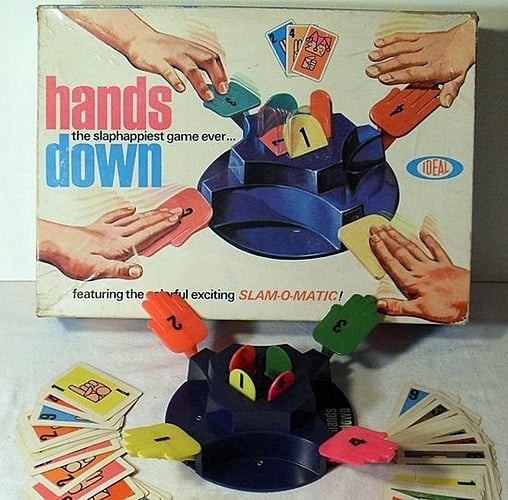 A game of Hands Down required some extremely fast reactions as you tried to be the first to find a pair of cards.

Hands Down was essentially a jazzed-up version of Snap, but the fact you had to slam your hand down onto the table when you found a pair made it at least three times as fun. 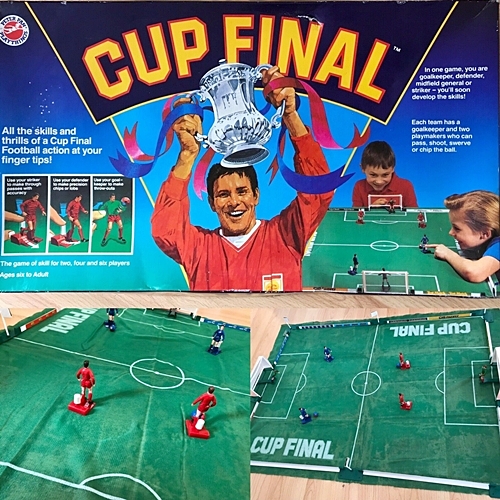 A fun game complete with ‘throw action goalkeepers,’ Cup Final was the perfect present for the football fans in your family.

You may remember the cricket-based Test Match game too, which was also made by a company called Peter Pan, and was itself a great deal of fun. 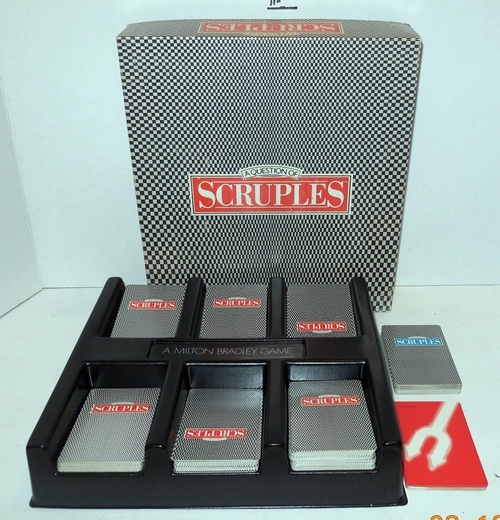 A game aimed more at adults rather than children, Scruples was the perfect accompaniment to a 1980s dinner party.

Scruples was ‘a card game based on moral dilemmas in which you try to anticipate what others would do in awkward or embarrassing situations.’ Do you remember playing it? 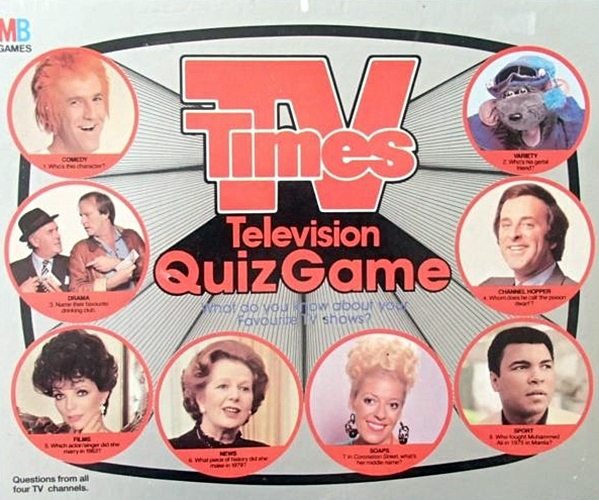 Based on the weekly TV listing guide that you can still purchase in modern day newsagents, the TV Times Quiz Game was great fun for all the family.

The quiz gave us hundreds of questions about our favourite 1980s TV shows, including Coronation Street, EastEnders, Blind Date, Dallas and Wogan.