What The Game of Thrones Actors Looked Like In High School

In 2011, HBO aired the first of what looked like the most ambitious TV show it had ever produced. Eight years later, it’s the biggest show of the decade.

Since then, the formerly unknown stars that once made up the cast of Game of Thrones have become some of the most sought-after actors around. 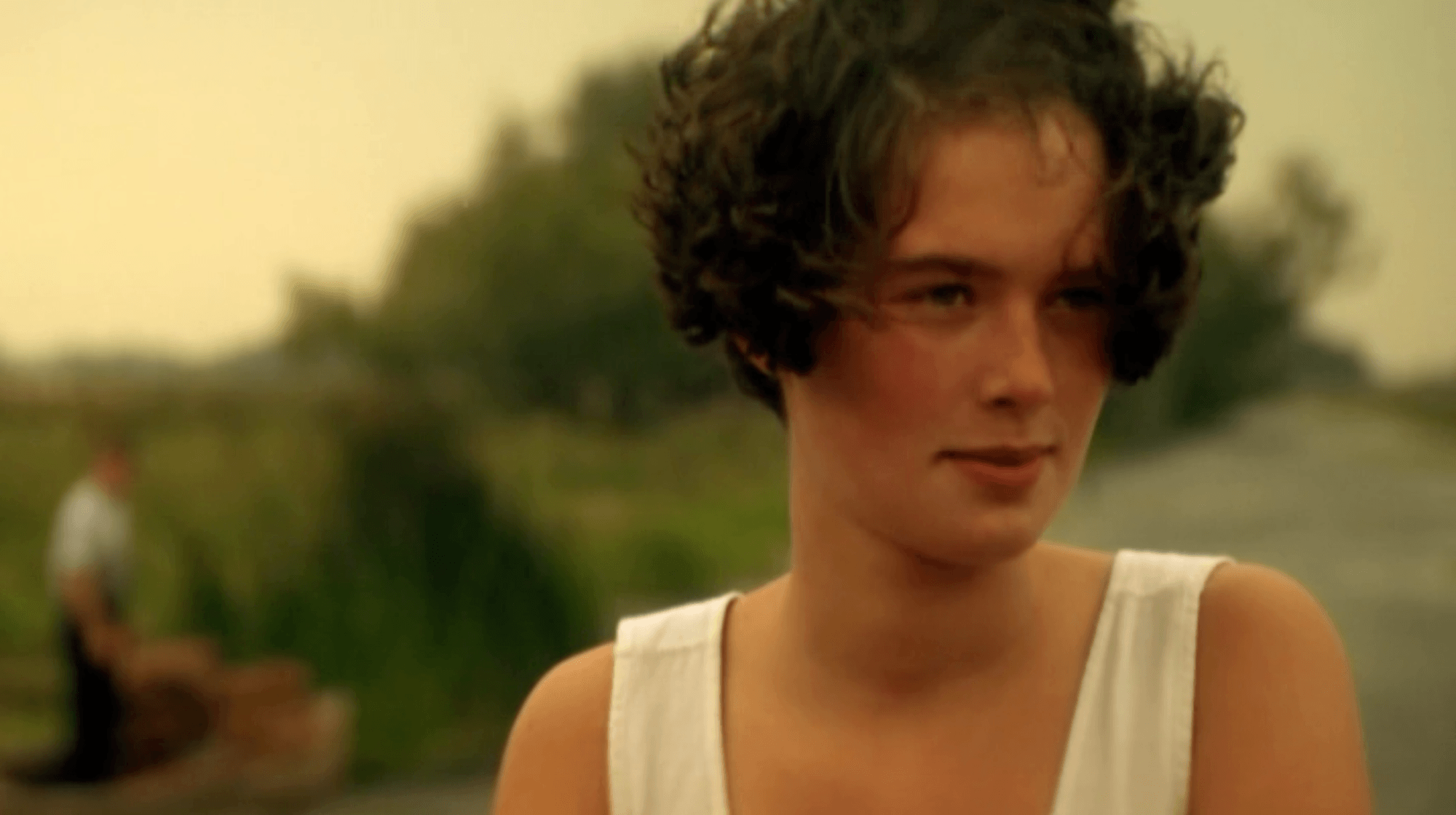 Back in 2011, when Game of Thrones first aired, nobody had ever heard of names like Kit Harington, Sophie Turner, Jason Momoa and Emilia Clarke.

Today, though, these actors are some of the most recognisable on the planet. 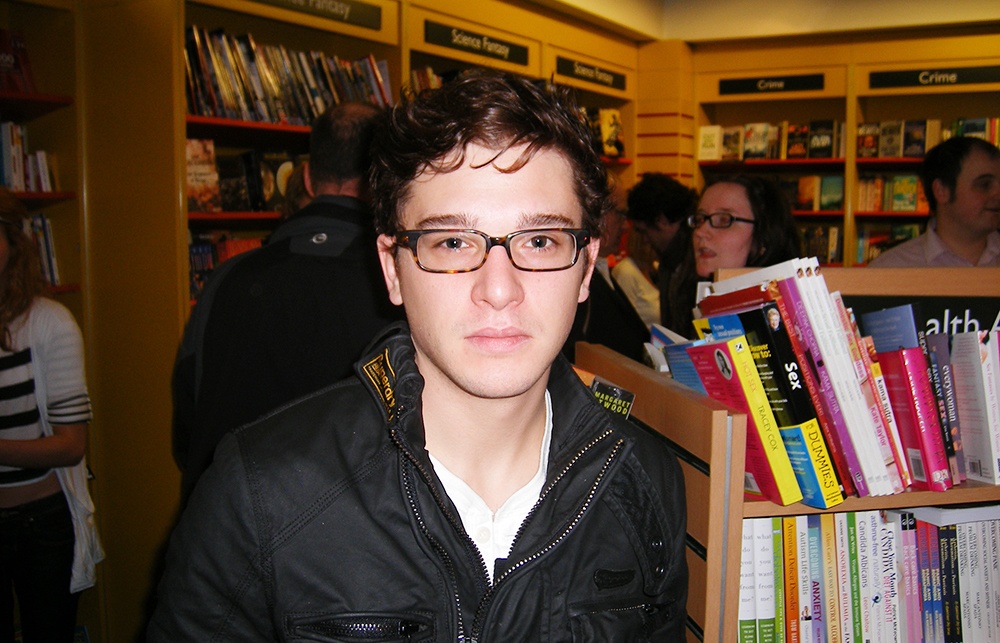 The Game of Thrones cast wasn’t always so familiar, however. Once upon a time they, like most people, were just anonymous schoolkids biding their time until grown-up life came around.

Here, we present ten of Game of Thrones’ best and brightest as they are now, compared and contrasted with who they used to be in their awkward teen days. 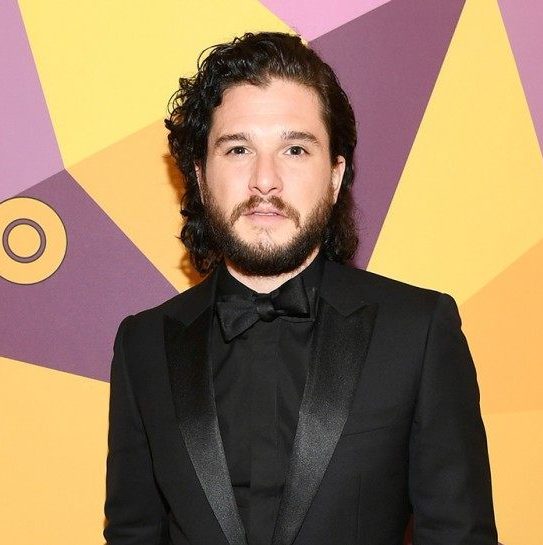 A pivotal member of the cast from the beginning, Kit Harington is Game of Thrones’ bastard-turned-King in the North, Jon Snow.

Now in his thirties, Harington’s school days are long behind him – but the photos will no doubt haunt him forever. 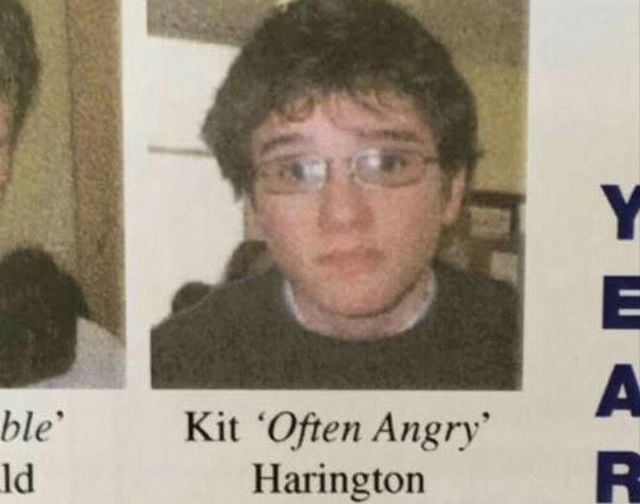 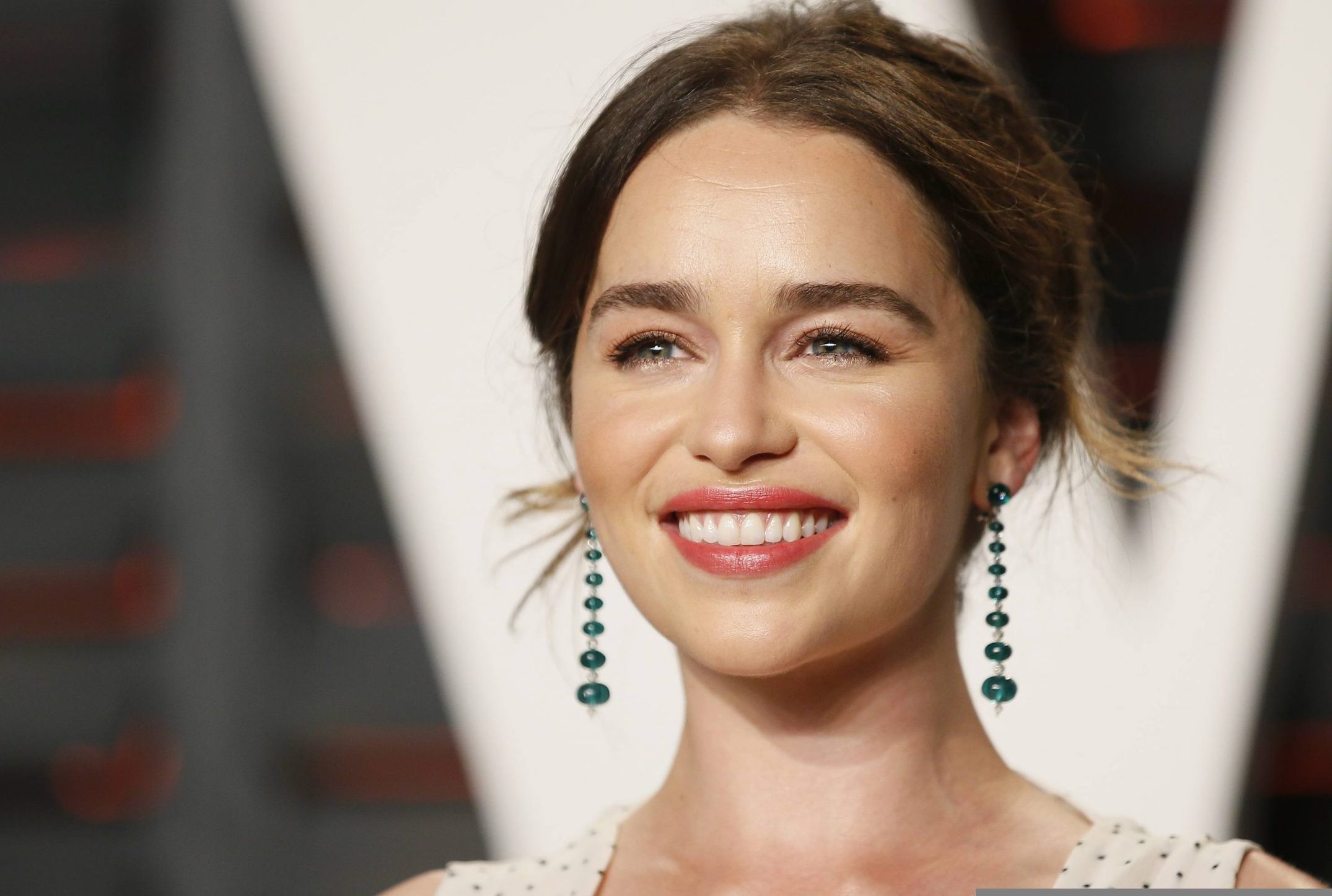 Another regular on Game of Thrones since the very first episode, Emilia Clarke has seen her Daenerys Targaryen grow from chattel to Queen.

Other than the blonde Khaleesi hair, Clarke doesn’t too different at 32 as she did in her school days. 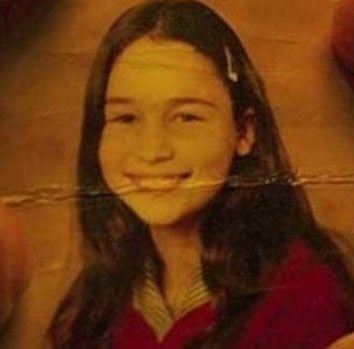 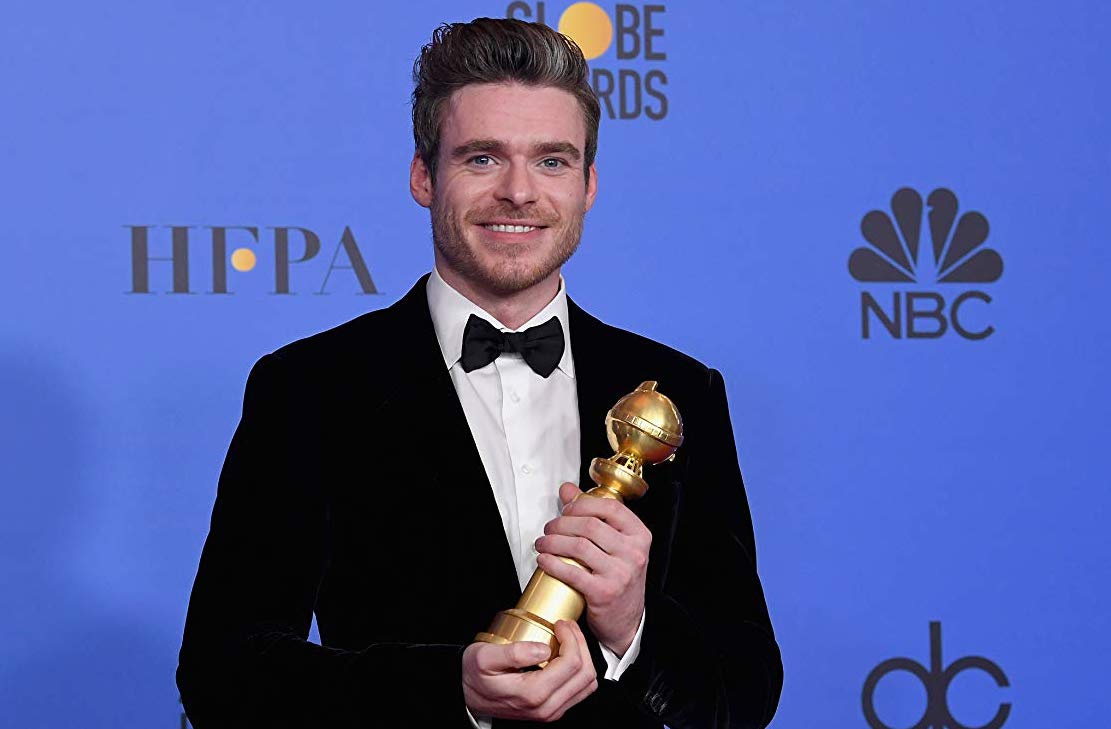 Absent from Game of Thrones since season three, Richard ‘Robb Stark’ Madden has only seen his career go from strength to strength after leaving the show.

A Golden Globe winner for the TV thriller Bodyguard, Madden is currently one of the hottest actors around. 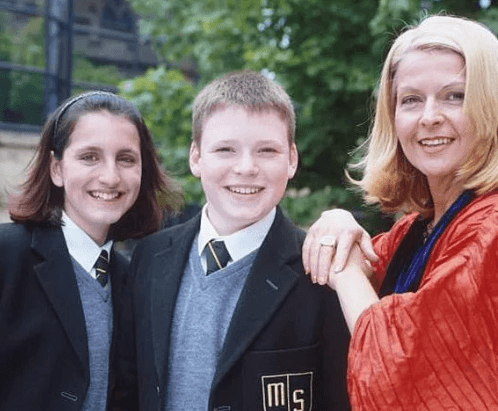 It couldn’t be more different from Madden’s Paisley school days, when he was mercilessly bullied for being overweight. 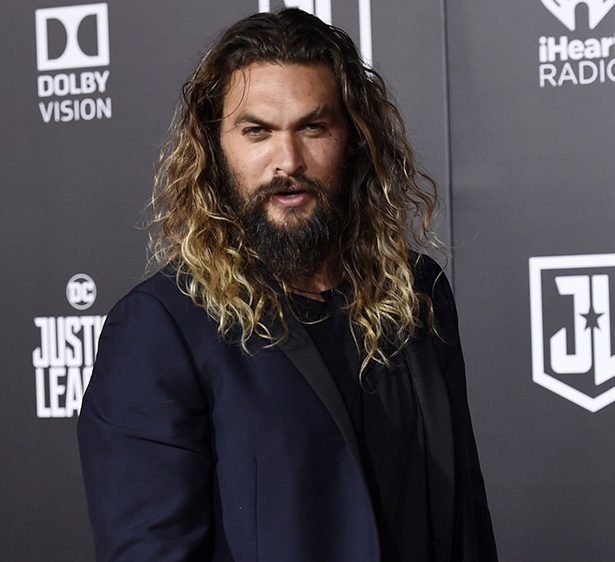 Only lasting a single season of Game of Thrones, Jason Momoa has only seen his career skyrocket since then.

Now playing Aquaman in the DC universe, Momoa has the size and, more importantly, the beard to convince as a sea god. 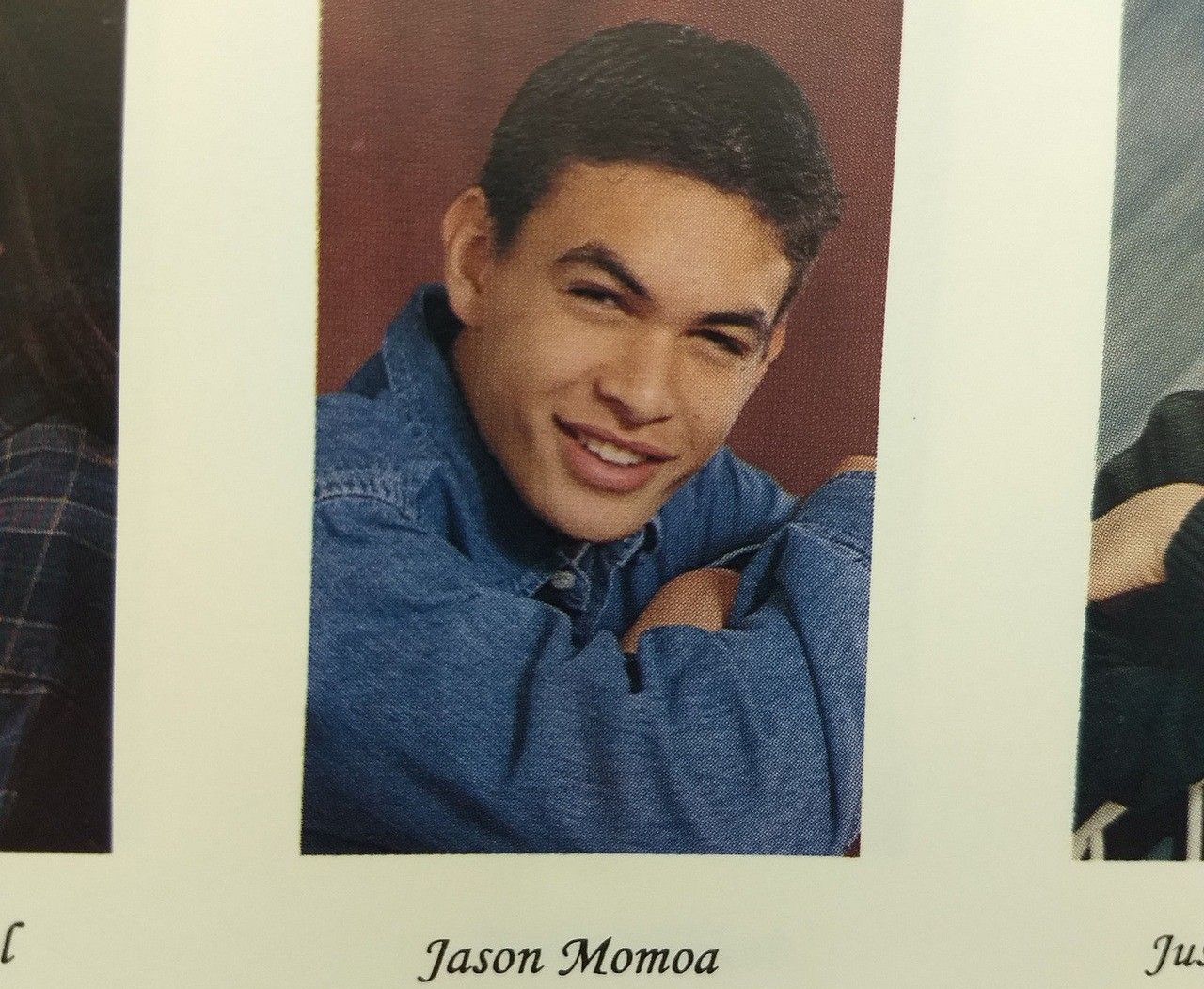 Though born in Hawaii to a Native Hawaiian father and German mother, Momoa was raised and schooled in Iowa, where he went on to study marine biology. 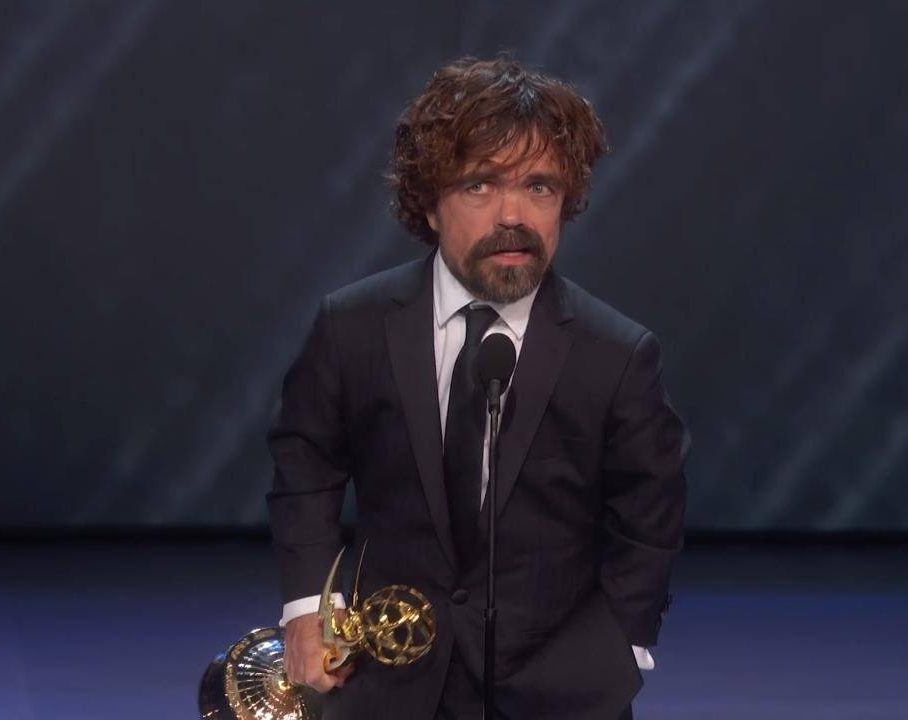 Though Peter Dinklage had found acclaim as an actor prior to Game of Thrones for films such as 2003’s The Station Agent, it was the HBO show that brought him a wider audience.

It means Tyrion Lannister only found household name recognition in his 40s, though Dinklage has in reality had the acting bug for decades. 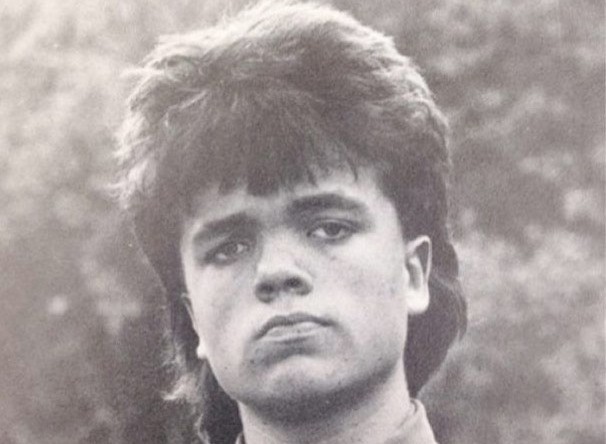 This is evident from Dinklage’s school photos, in which Dinklage can be found striking a moody pose (and sporting a classic mullet) for the camera. He attended high school in New Jersey. 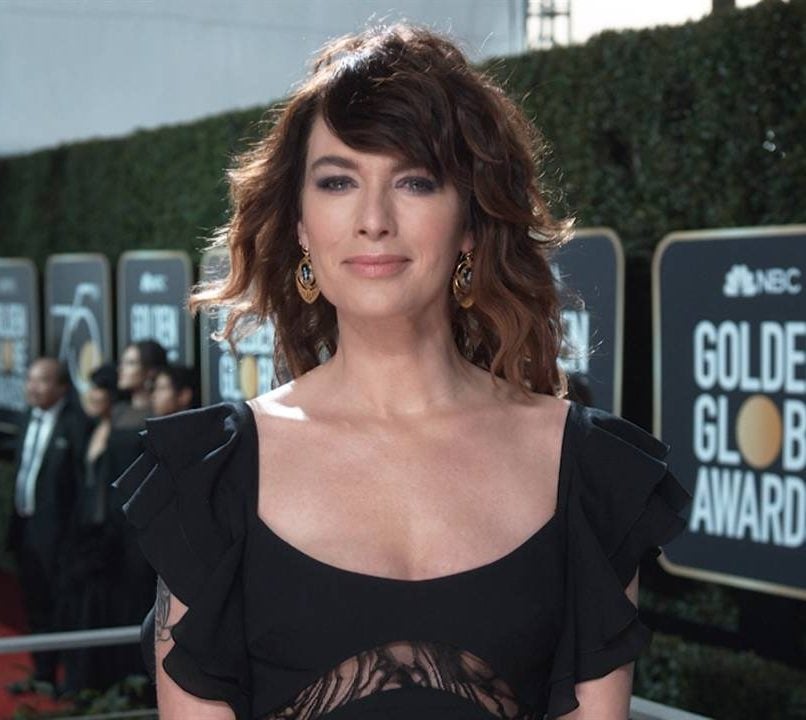 Like Peter Dinklage, Lena Headey had already been acting for some time when she was cast in Game of Thrones.

It was the part of the ruthless Cersei that catapulted Headey to an all new level of fame, though. 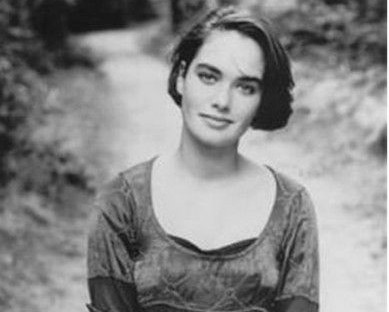 Living with her family in Bermuda until she was five, and raised in Somerset until the age of 11, Headey subsequently went to Shelley High School in West Yorkshire. It was in a school production that she was first noticed and cast in the 1992 film Waterland. 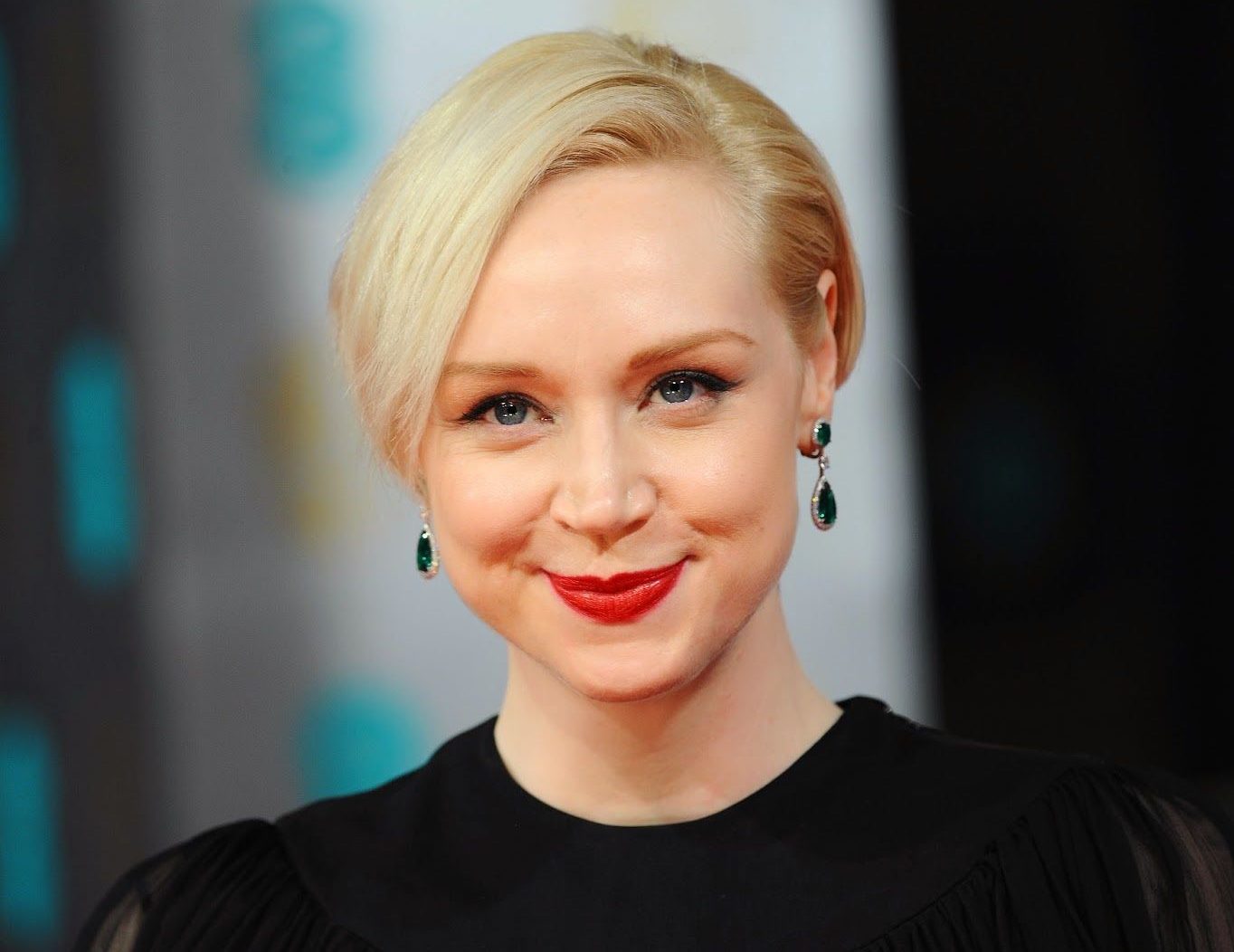 Not one of the original cast members, Gwendoline Christie has nonetheless starred in Game of Thrones since 2012.

As Brienne of Tarth, Christie gained a more prominent role as the series has progressed and amassed a cult following. 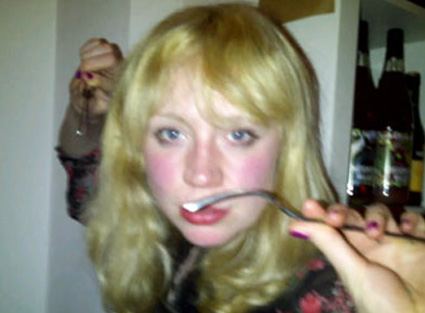 Christie was born and raised in Sussex, where she went to school before training to be an actor at Drama Centre London. 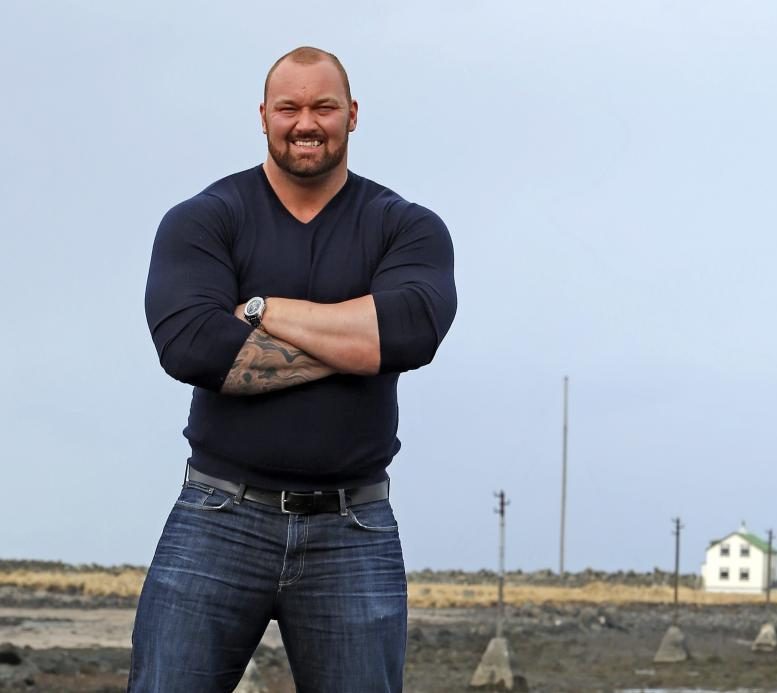 Only the third actor to play The Mountain, Hafþór Júlíus Björnsson has remained in the part since season four of Game of Thrones.

Now measuring 6ft 9in and weighing as much as 441lbs, nobody in the Game of Thrones cast has made as great a transition from childhood as Björnsson. 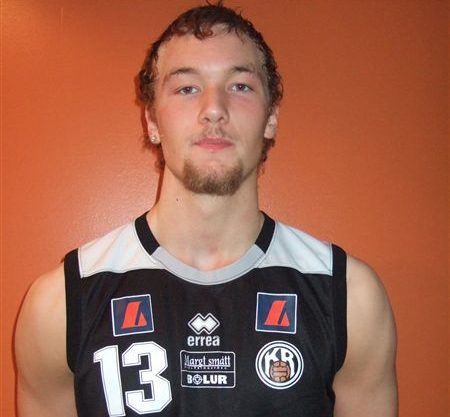 Born and raised in Reykjavik, in Iceland, Björnsson played basketball in his youth. Above is a picture of Björnsson at 17, a few inches shorter and some 200 pounds lighter than he is today. 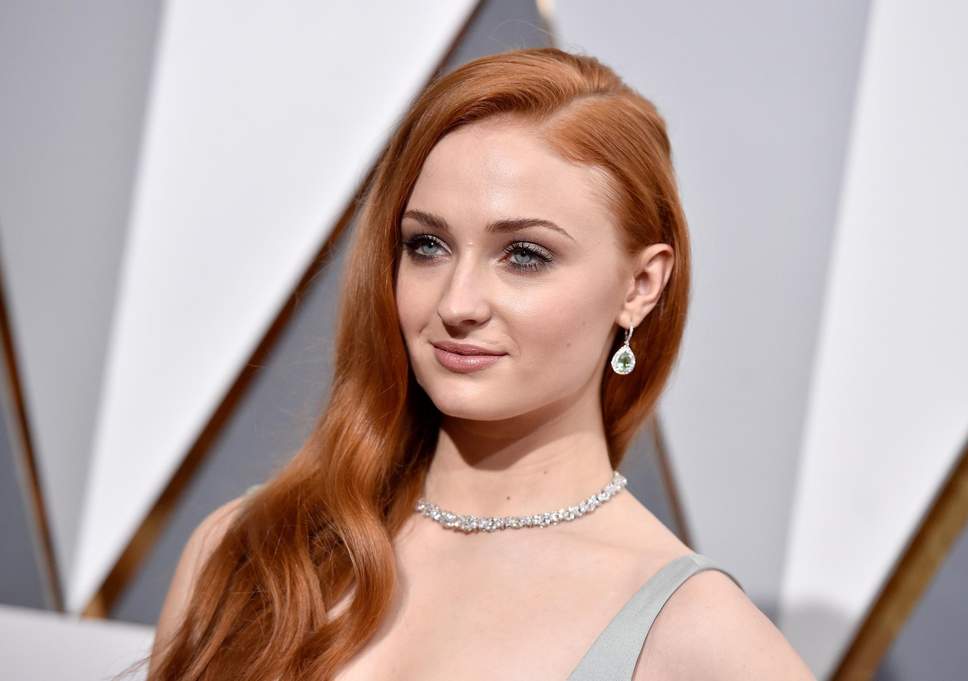 Still in her early 20s and one of the original cast members since 2011, Game of Thrones viewers have literally watched Sophie Turner grow up on-screen.

Still, though Turner has been in the spotlight almost half her life, she wasn’t always a Hollywood star. 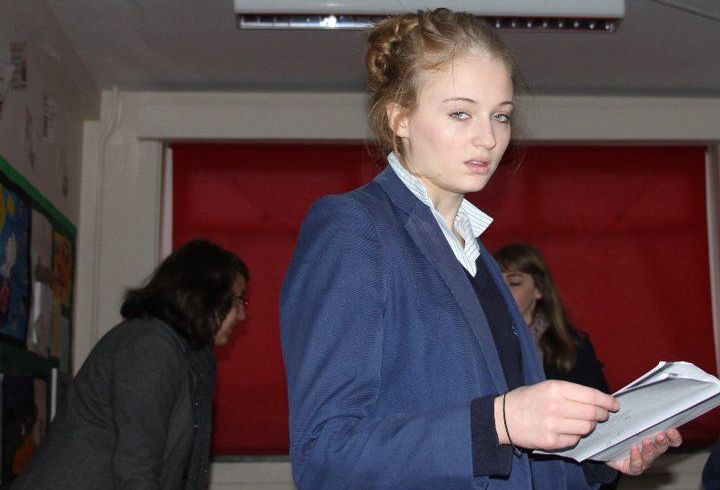 Above is a photo of Turner at The King’s High School for Girls, Warwick, prior to bagging her career-making role as Sansa Stark and marrying one-third of the Jonas Brothers. 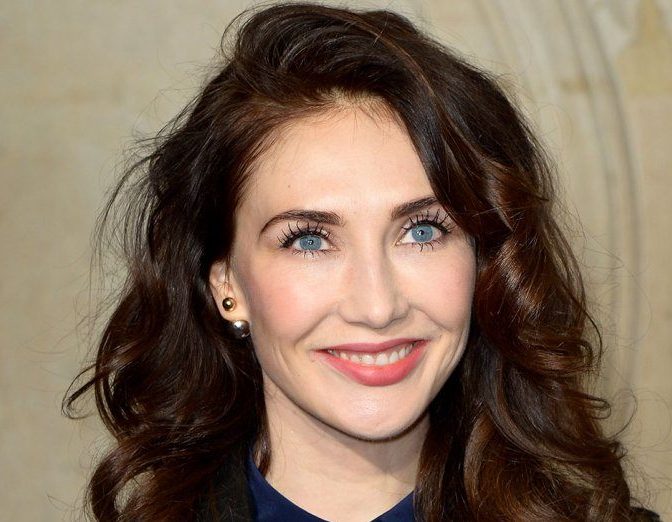 Since 2012, Dutch actor and singer Carice van Houten has been spooking Game of Thrones fans out as the dark priestess Melisandre.

Though Game of Thrones introduced her to a global audience, van Houten had been famous in her native Netherlands since the film Black Book in 2006. 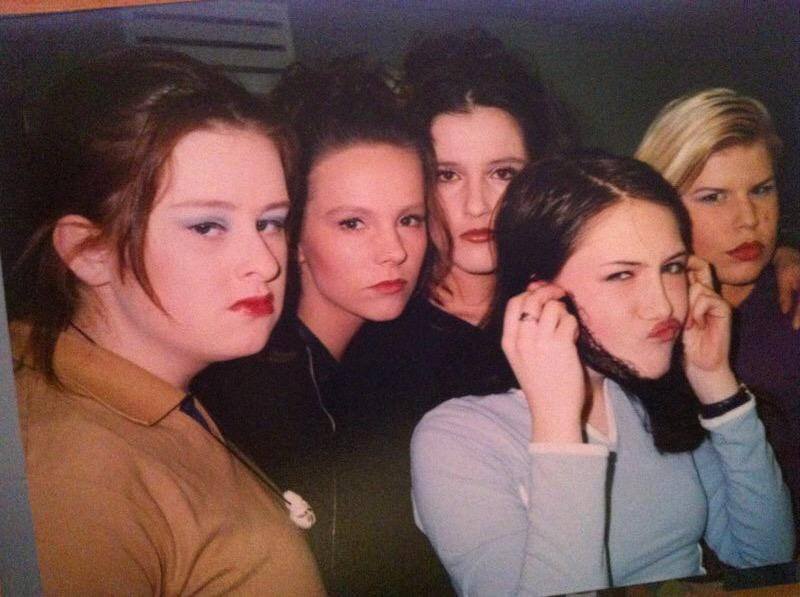 Born in Leiderdorp in 1976, van Houten went to high school in Utrecht, where the above photo was taken. She’s the one with the most pronounced pout.