Show us a film featuring a dog, and there’s a good chance that our waterworks will start flowing faster than the taps in our bathroom. So get the Kleenex ready as we explore 10 fun, furry (and occasionally sad) facts about this brilliant 1992 family flick, which as you will learn below, gave birth to a successful, lucrative and extensive film franchise.

10. It was written by 80s legend John Hughes under a pseudonym 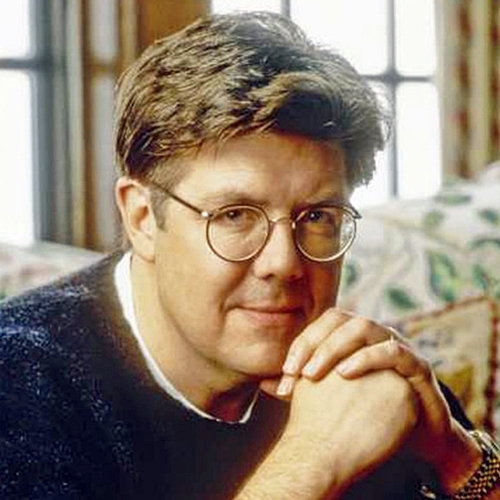 Take a look at its credits or poster and you’ll see that Beethoven was written by Edmond Dantes (who happens to be the title character of Alexandre Dumas classic novel The Count of Monte Cristo), but the truth is that the film was actually penned by a true 80s legend.

Edmond Dantes was actually a pseudonym used by the late John Hughes, who wrote and directed some of the most successful films of the 80s and early 90s, including National Lampoon’s Vacation, Weird Science, The Breakfast Club, Ferris Bueller’s Day Off, Pretty in Pink, Planes, Trains & Automobiles and Home Alone.

9. Steve Martin was the first choice to play George 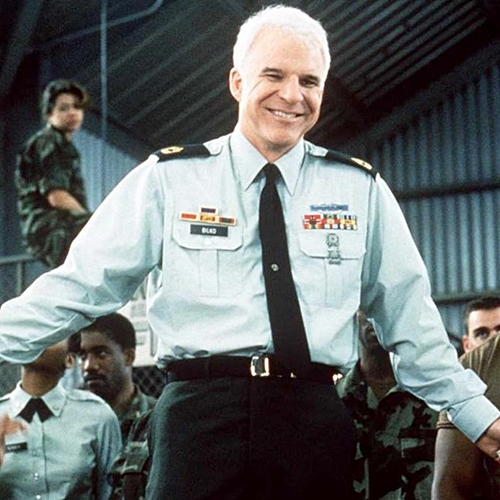 Reports at the time suggested that Steve Martin was the first choice to take on the role of George Newton in Beethoven.

Other actors said to be considered for the role that eventually went to Charles Grodin include Danny DeVito, Dan Aykroyd, John Candy, Robin Williams, Rick Moranis and Jeff Goldblum.

8. Its original director was sacked shortly after filming began 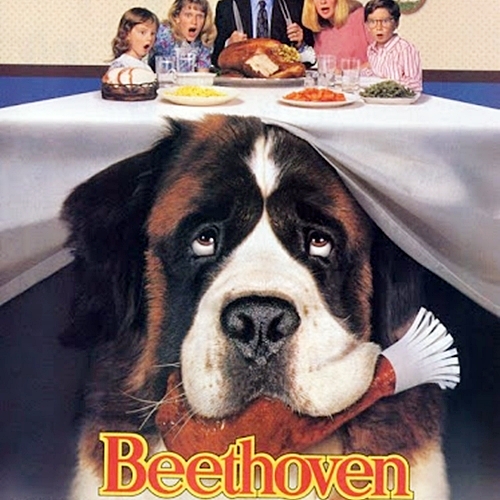 Although no explanation has ever been given as to why, Beethoven’s original director Steve Rash was sacked shortly after filming began.

Rash, who also directed The Buddy Holly Story and Can’t Buy Me Love, was quickly replaced by Brian Levant, who also helmed the films The Flintstones and Jingle All the Way.

7. The dog playing Beethoven had 12 doubles 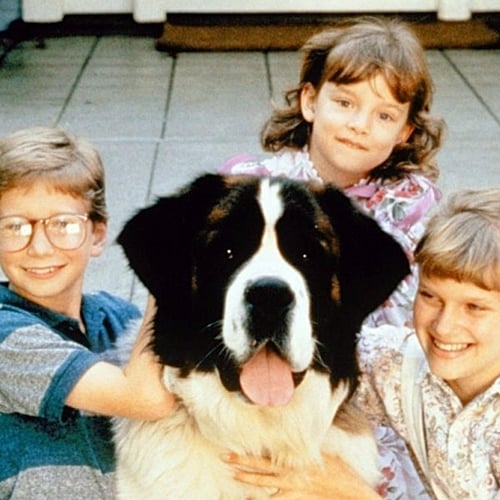 The St. Bernard dog who played Beethoven in the film actually had 12 doubles, every single one of which was owned and trained by Eleanor Keaton, widow of the legendary silent movie actor Buster Keaton.

And the dogs must have been treated extremely well, because the Humane Society of the United States, an organization that focuses on animal welfare, has listed Beethoven as one of their best films.

6. There was a 27-year age gap between Mr and Mrs Newton 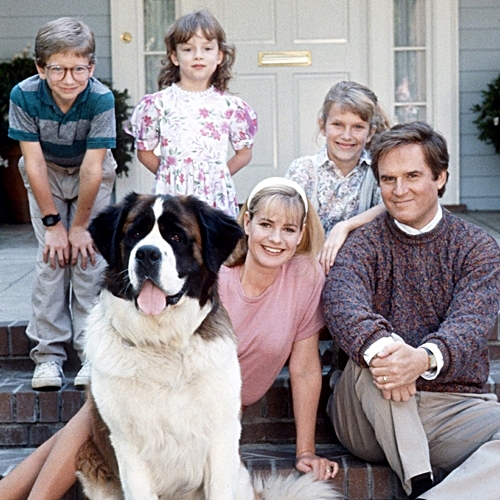 Although it is never addressed in the film, there was a massive 27 year age gap between the two actors playing married couple George and Alice Newton.

Charles Grodin was 56 years of age at the time of filming, whilst Bonnie Hunt, who later went on to appear in Jumanji, Jerry Maguire and The Green Mile, was just 29.

5. Joseph Gordon-Levitt makes his acting debut in the film 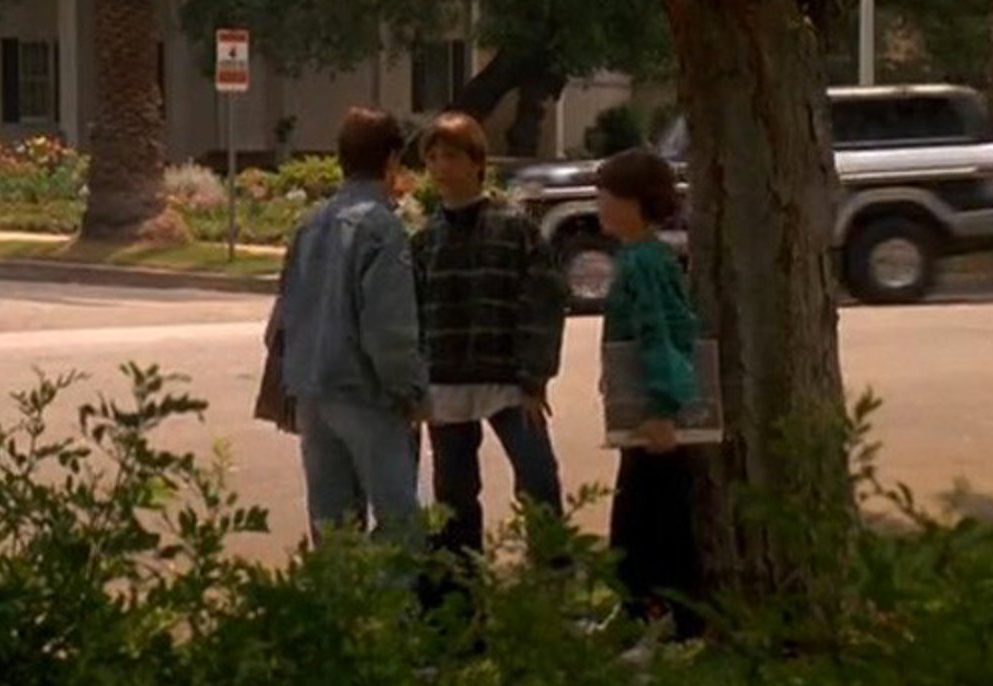 Beethoven marks the film debut of Joseph Gordon-Levitt, who has since appeared in Inception and The Dark Knight Rises, as well as many other big Hollywood productions.

The then 10-year-old Gordon-Levitt has a very small role as one of the children (the one with the green top) boarding the school bus whilst Ted Newton is hiding behind a tree.

4. Dean Jones refused to break character in between takes 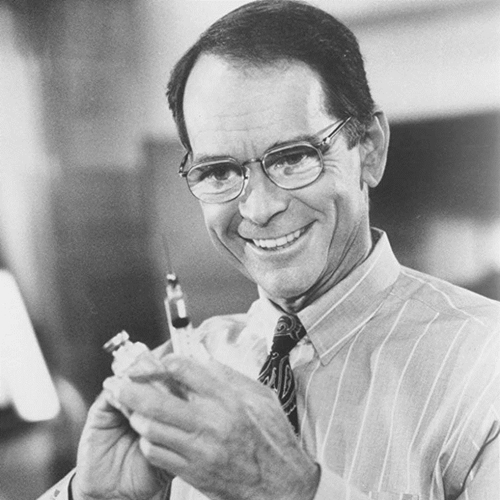 Dean Jones, who was used to playing nice characters in films such as Herbie the Love Bug, relished his role as the bad guy Dr. Varnick in Beethoven.

In fact, Jones was so into his performance that he refused to break character in between shooting his scenes, which definitely must have scared the younger members of the cast!

3. It received mixed reviews but was a big financial success 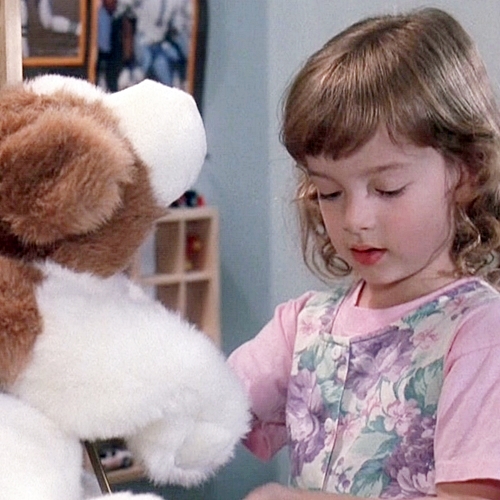 Beethoven received mixed reviews from film critics, with Roger Ebert writing that “this is not the sort of entertainment I scour the movie pages for, hoping desperately for a new film about a cute dog.”

Cinema-goers disagreed with Mr Ebert, however, and Beethoven went on to gross a total of $150 million at the worldwide box office.

2. A further six Beethoven films were released in the years that followed 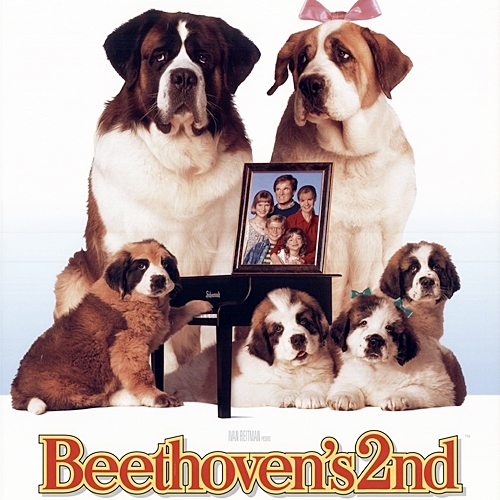 Whilst we suspect you’re already aware that the success of Beethoven meant that it spawned at least one sequel, did you have any idea of the true extent of this ever-expanding film franchise?

1. There was a short-lived animated series 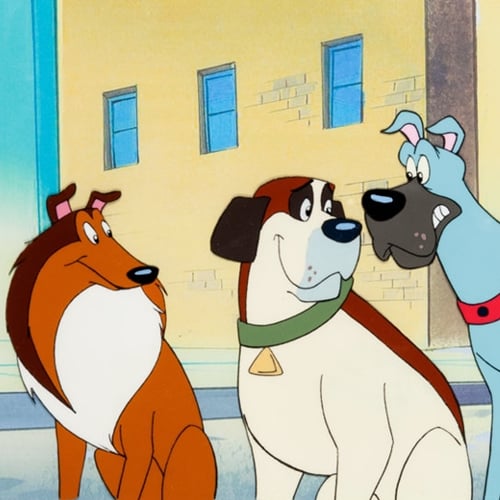 In addition to its numerous sequels, there was also a Beethoven animated show that ran for just one series in 1994.

In it, Dean Jones, who played evil Dr. Varnick in the film, instead provided the voice of good guy George Newton.