One of the classic musicals of our era has got to be Annie, the story of the little orphan girl who is taken in by a rich man and given a life she never thought possible, but not without its perils when her evil carer from the orphanage finds out!

The part of Rooster was played perfectly, as always, by the fantastic Tim Curry, but he was not the first choice as the part was initially offered to Steve Martin! When offered the role, Steve Martin turned it down as he would be playing opposite Bernadette Peters who he was going through a difficult break-up with at the time and so felt it would be too painful to work together. 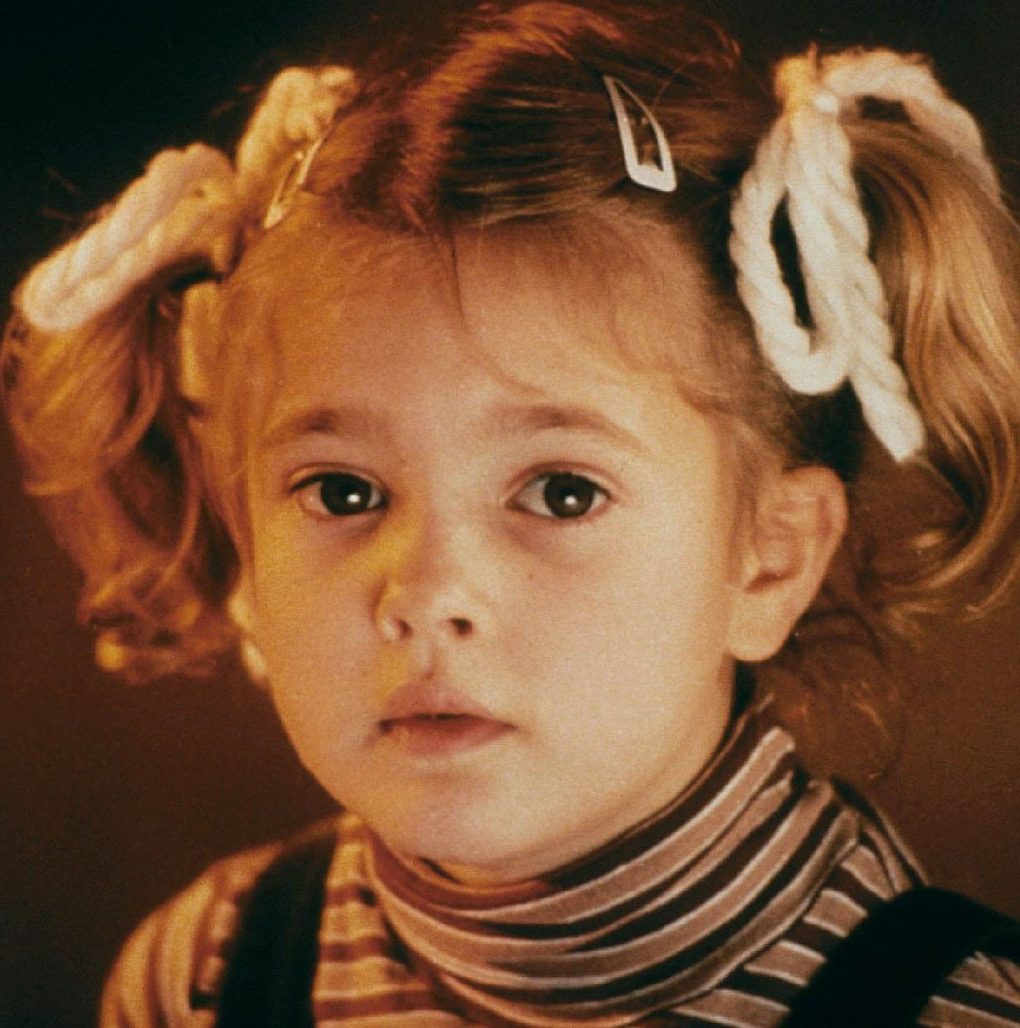 The role of Annie was given to Aileen Quinn who had to beat a lot of other girls to the role, including future Hollywood superstar, Drew Barrymore!

8. Auditions for the lead role took place across 22 cities 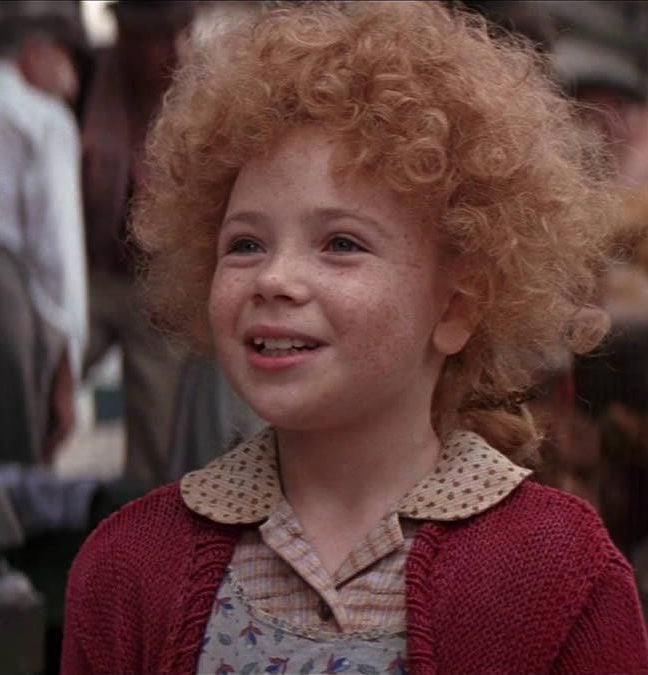 It wasn’t just Drew Barrymore that Aileen Quinn had to beat to the role of Annie; the auditions went across 22 cities, 70 actresses and took two years to complete, proving how hard she had to work to win the role! 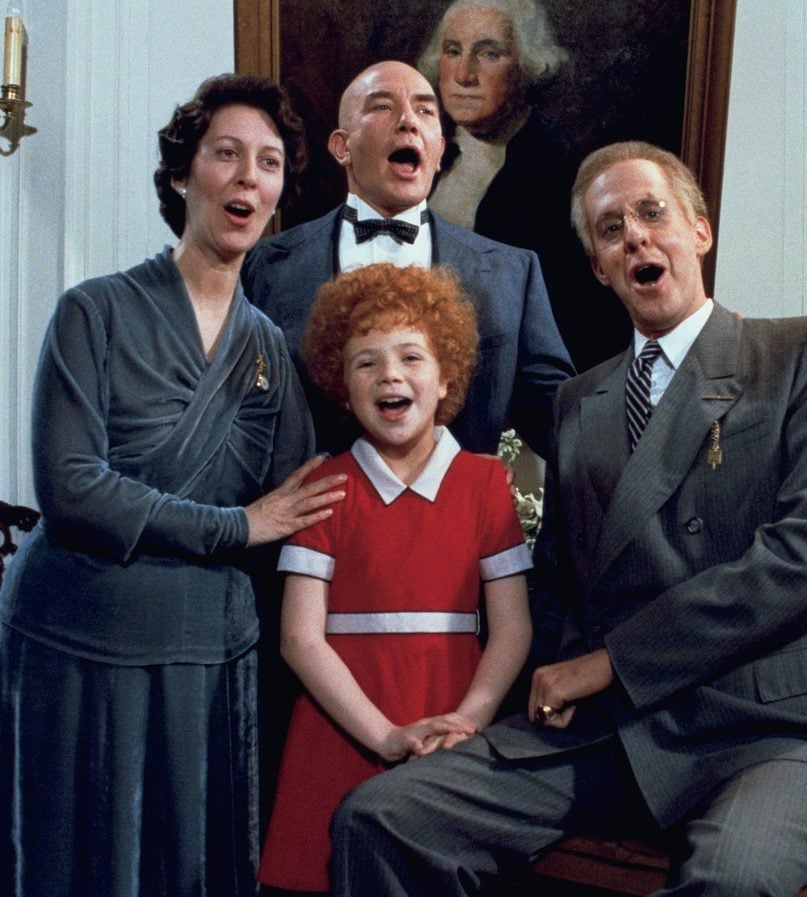 The iconic red hair that Annie had in the film was actually a wig, but it was so itchy that Aileen Quinn was given a special comb to allow her to scratch her scalp! 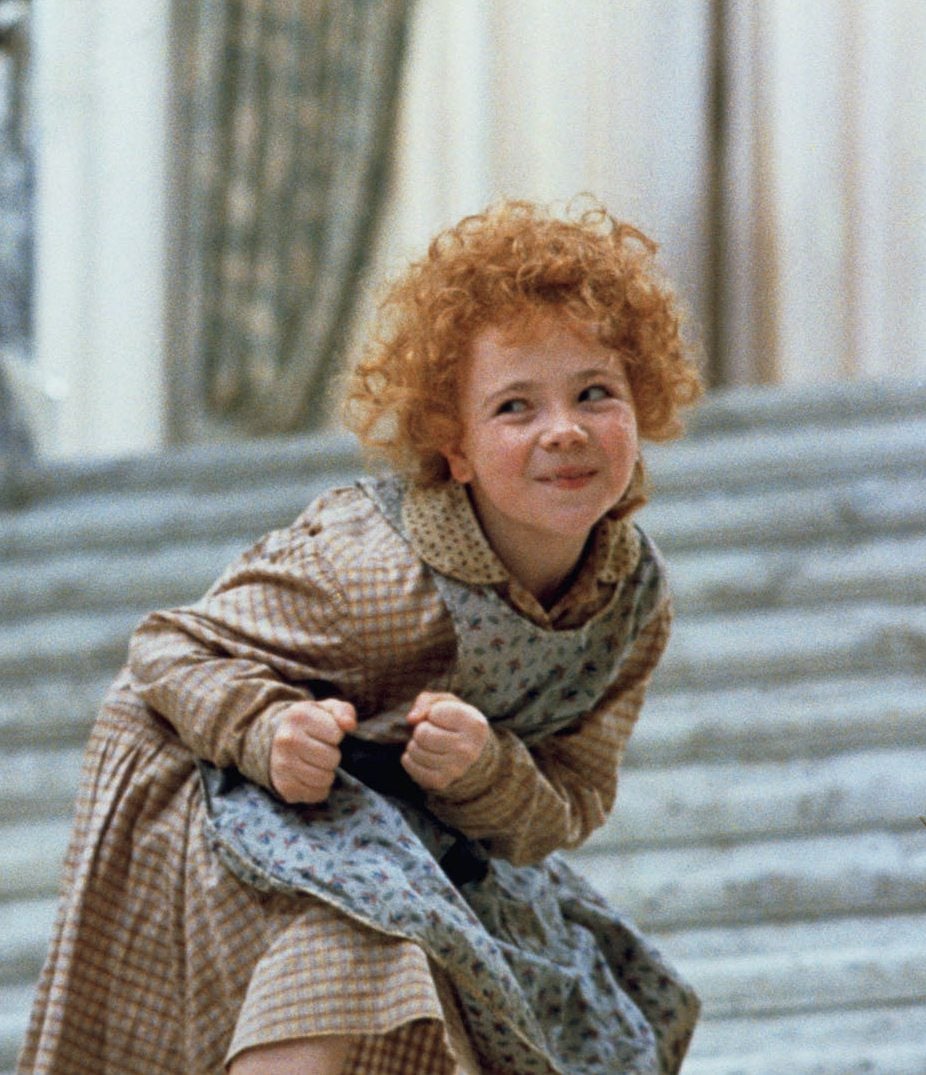 5. It features songs that aren’t in the musical 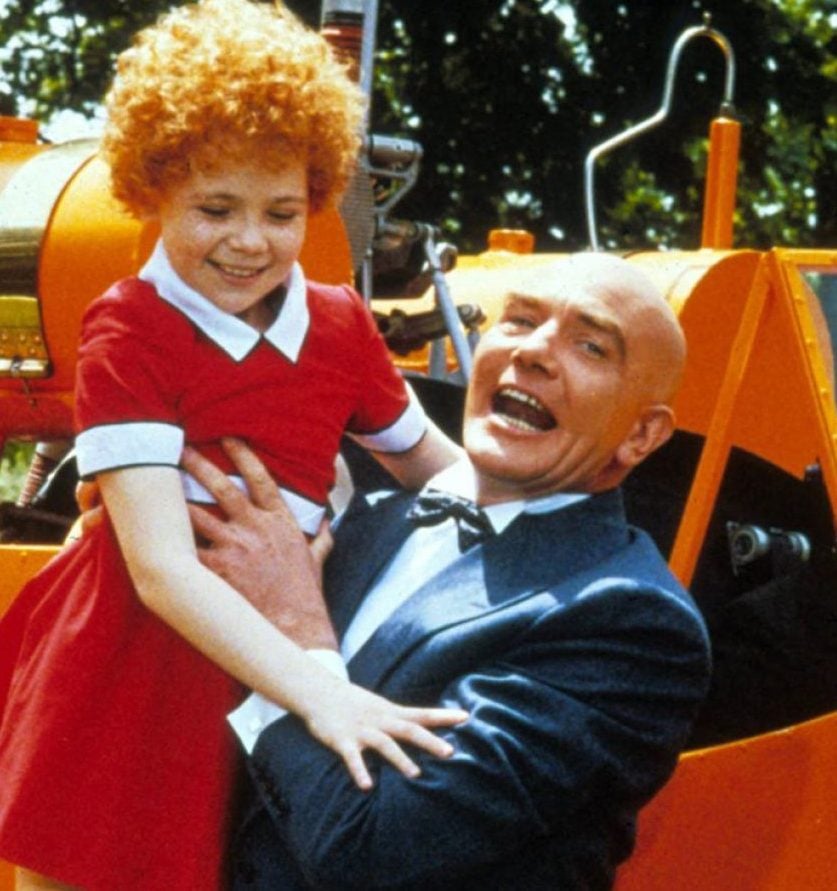 The movie version of Annie was based heavily on the stage musical, but some songs were written expressly for the film version, including “Dumb Dog”, “We got Annie” and “Let’s Go to the Movies”. 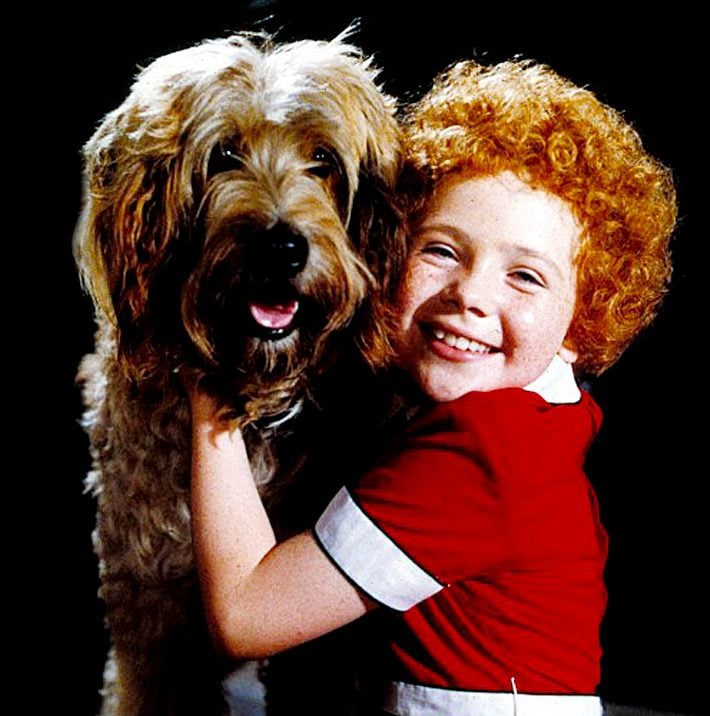 Aileen Quinn struggled to get Sandy the dog to kiss her, but found that if she rubbed an apple on her face first then the dog was more than happy to give her a kiss!

3. Bette Midler was offered the role of Miss Hannigan before Carol Burnett 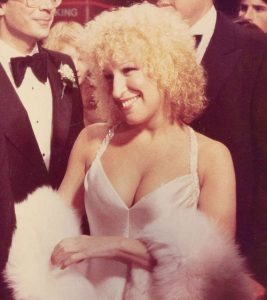 The role of Miss Hannigan was played perfectly by Carol Burnett, but it was first offered to Bette Midler who declined to appear in the film.

2. Warbucks was originally an arms dealer 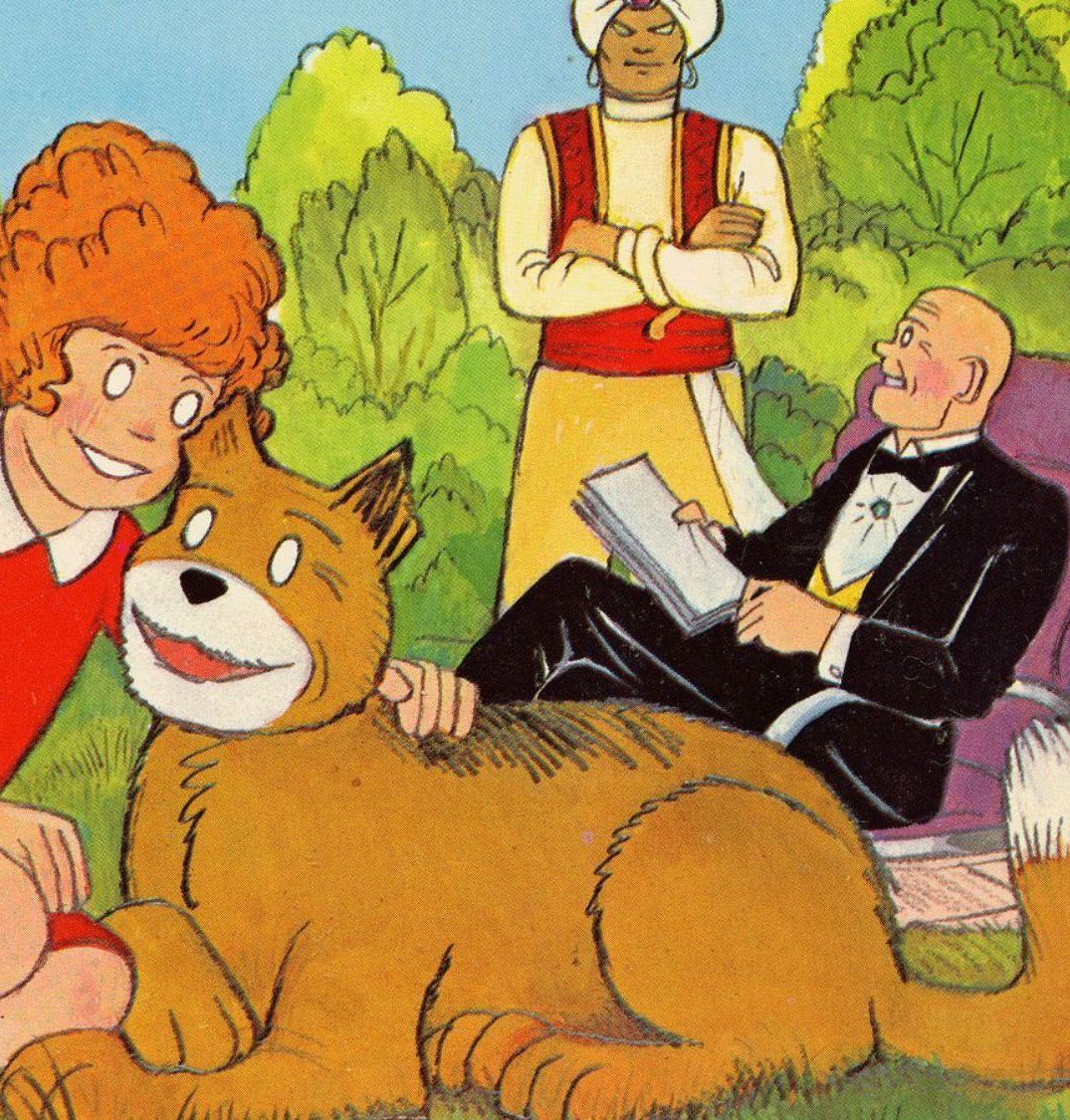 In the original comics version of Annie, Daddy Warbucks made his money selling weapons and ammunition during World War I, hence the name, War Bucks!

1. Aileen Quinn didn’t recognise Albert Finney at the premiere because his hair had grown back 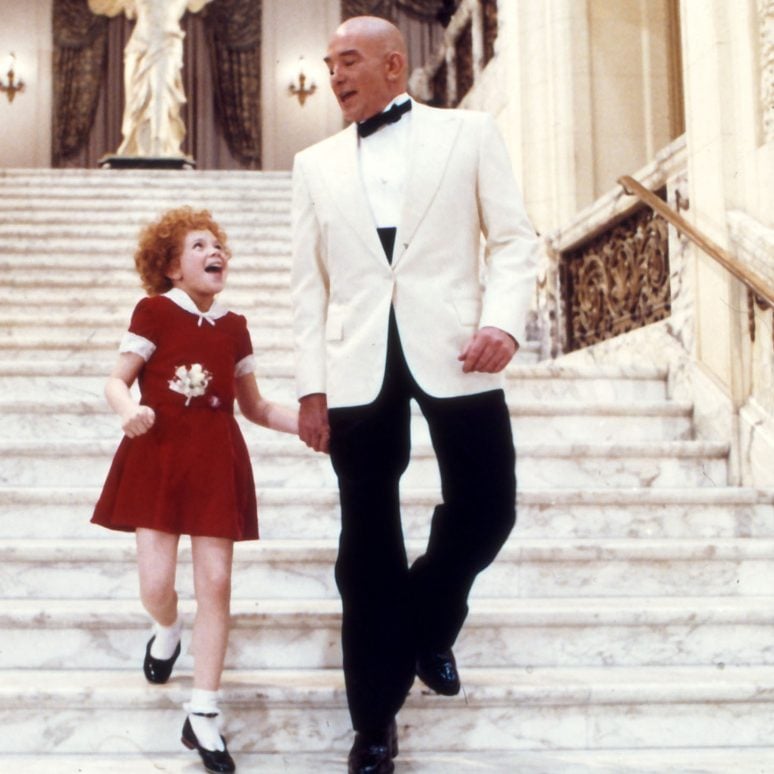 At the premier of Annie, Aileen Quinn did not recognise Albert Finney as between filming finishing and the premier, Finney’s hair had grown back and he looked quite different!