The Coen brothers have been critical darlings ever since they made their directorial debut with 1984’s Blood Simple, but today we’re pointing our frostbitten finger at their Academy Award-winning masterpiece Fargo. Starring Frances McDormand as pregnant police chief Marge Gunderson and William H Many as desperate car salesman Jerry Lundegaard, Fargo is “violent, quirky, and darkly funny.” Below are 10 freezing facts about this stone-cold crime classic. 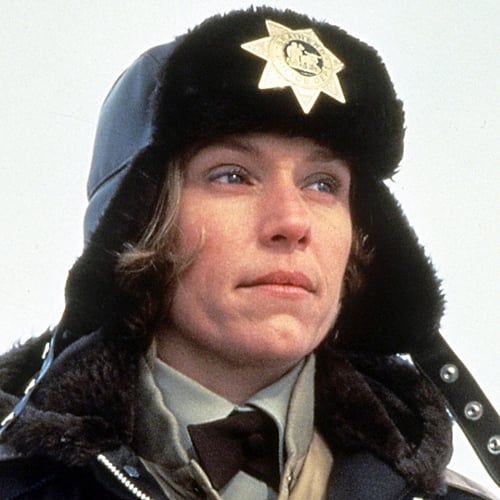 As part of her preparation for playing Marge Gunderson in Fargo, Frances McDormand spent time with a serving pregnant police officer.

McDormand, who had to learn how to use a gun for the very first time, has revealed that a great deal of the character was based on her Christian minister sister Dorothy.

9. It was a breakthrough role for William H Macy 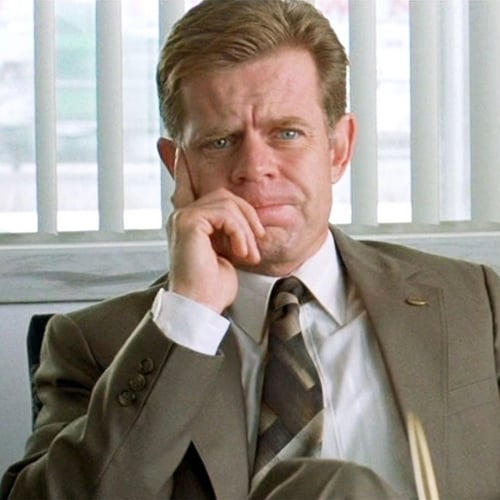 He may have acted in a handful of films since his debut in 1980’s Somewhere in Time, but it was his performance in Fargo that really put William H Macy on the Hollywood map, paving the way for a number of subsequent acclaimed roles in the likes of Boogie Nights, Wag the Dog and Magnolia.

“I found out that [the Coen brothers] were auditioning in New York, so I got myself on a plane and walked in and said…’I’m scared you’re going to screw this up and hire someone else’,” Macy recalled. “You can’t play that card too often as an actor. Sometimes it blows up in your face, but I said, ‘Guys, this is my role. I want this.'”

8. There wasn’t much genuine snowfall during the film’s shoot 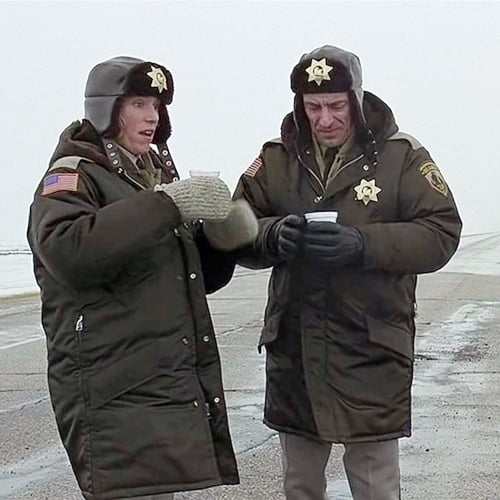 Despite being shot during winter in North Dakota, filmmakers had to be creative when shooting many of Fargo’s snow-covered scenes.

Unusually low snowfall meant that any shots featuring snow-covered landscapes actually had to be filmed many miles away.

7. All of William H Macy’s stutters were carefully scripted 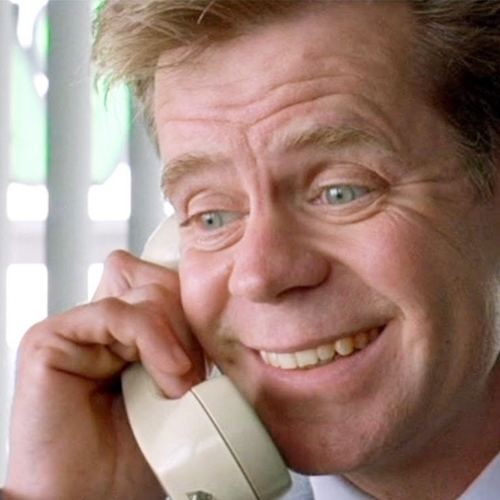 The constant stutterings of William H Macy’s character Jerry Lundegaard look and sound like they were improvised, but the Coen brothers actually took a far more methodical approach.

Macy’s vocal imperfections were in fact carefully mapped out by the acclaimed directorial pair in their award-winning script.

6. The film is not based on a true story 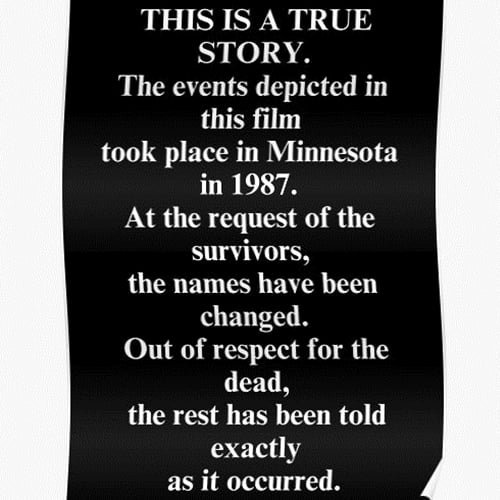 Fargo opens with text claiming that ‘the events depicted in this film took place in Minnesota in 1987,’ but the Coen brothers would around the time of the film’s release claim that they actually wrote a fictional story about a real crime.

The directors would later back even further away from the film’s ‘true story’ claims, with Joel revealing in 2015 that the plot was “completely made up. Or as we like to say, the only thing true about it is that it’s a story.”

5. The late musician Prince appears in the credits but not in the film 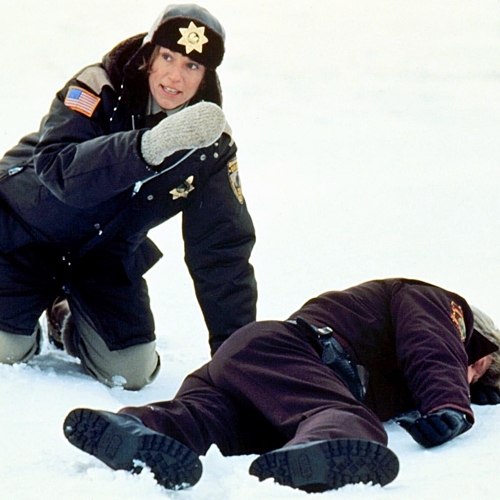 If you pay careful attention during Fargo’s end credits, you’ll notice that the role of ‘Victim in the Field’ is credited to the late music legend Prince, or more specifically to his ‘love symbol.’

This fueled rumours that the purple one had a hidden cameo in this Coen brothers classic, but the directors later revealed it was actually a “Minnesota insider joke,” with the body in the field having been played by the film’s storyboard artist J Todd Anderson.

4. The real town of Fargo was inundated with treasure hunters after the film came out 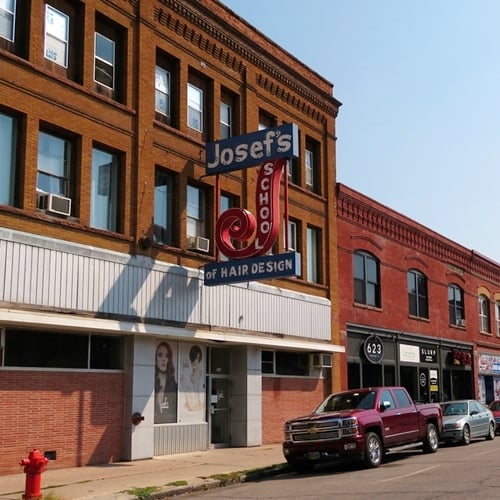 Although none of the film was shot at the real city of Fargo in North Dakota, local businesses were quick to make the most of their new found fame, and the area’s local visitors’ centre even began displaying original copies of the Coen brothers’ scripts in addition to genuine props from the film.

Unfortunately, this attention meant that a number of amateur treasure hunters also began visiting the area. Encouraged by the film’s false ‘based on a true story’ claims, many fans believed they had a shot at finding – and digging up – the film’s ransom money. 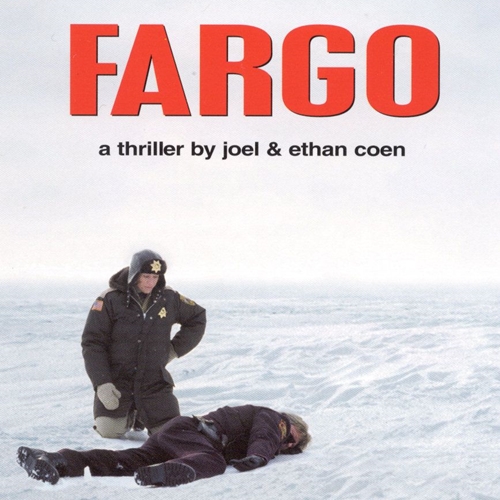 Fargo was nominated for an impressive seven awards, including Best Director and Best Picture, at the 69th Academy Awards.

The Coen Brothers went home with the Best Original Screenplay statuette, whilst Frances McDormand won the award for Best Actress.

2. Kathy Bates made a pilot for a Fargo TV show a year after the film’s release 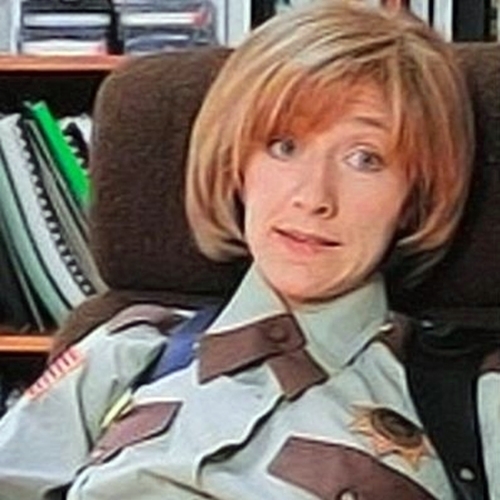 In 1997, just a year after Fargo hit cinemas, a pilot episode for a TV adaptation was filmed.

Unfortunately the episode, which was directed by Misery star Kathy Bates but which had no involvement from the Coen brothers themselves, failed to get picked up by a TV network.

1. A TV show set in the same universe has received critical acclaim 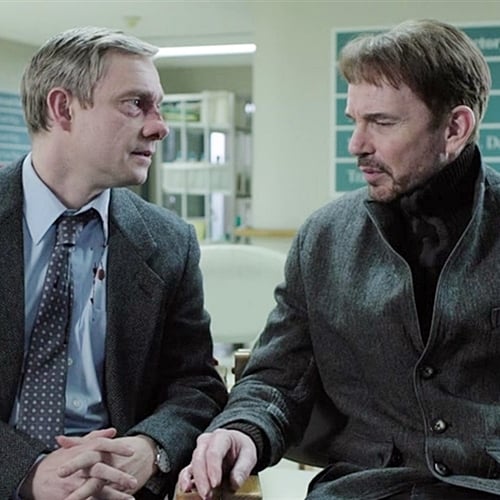 A Fargo TV series, which was produced by the Coen brothers as well as being set in the same fictional universe as their film of the same name, premiered in 2014.

Each season of the Golden Globe and Emmy Award winning show features a brand new storyline and cast of characters, although there have been a few minor overlaps between them.