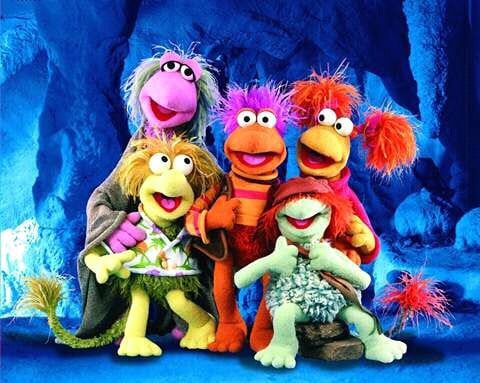 Fraggle Rock. Didn’t it just have the best theme tune ever?! ‘Dance your cares away. Worry’s for another day. Let the music play. Down at Fraggle Rock!’

Such a fun, catchy, happy, uplifting song! How can you not just love it? Which even reached number thirty three in the UK charts! I think it deserved the number one spot! 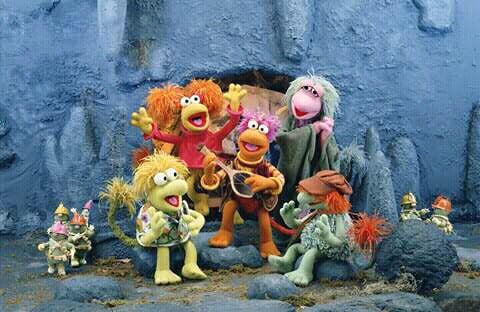 Fraggle Rock, one of the best children’s programmes ever!! It was aimed for all ages, the young, the young at heart. A programme full of fun, comedy, slapstick, singing, dancing. Which follows the adventures of the Fraggles. 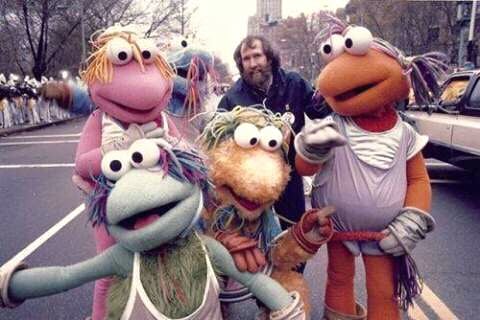 Created by Jim Henson, who was the creator of The Muppets. Filmed in Toronto, Ontario, Canada. With Executive Producer, Jim Henson, and produced by Canadian Broadcasting Corporation, HBO. Co-produced by British TV company, Television South. 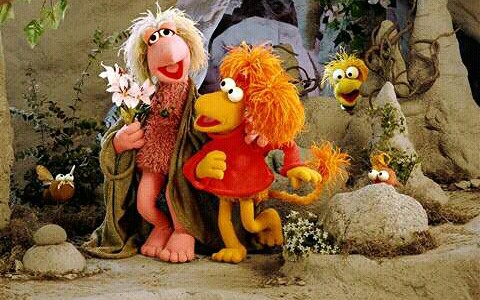 Originally released on January 20th 1983, to March 30th 1987. There was five series, ninety six episodes, and each episode was twenty five minutes long.

The main characters are the Fraggles, who live in a system of natural caves, which connect to the ‘Land of the Gorgs’ or ‘Universe’ and to ‘Outer Space’ where ‘silly creatures’ live, or also known as ‘humans’. 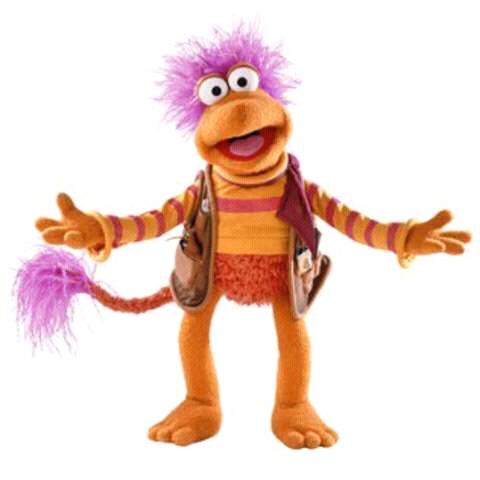 Gobo Fraggle. He is the leader of the Fraggles. Who loves to go on trips and explore the tunnels. Gobo is extremely adventurous. He also plays guitar. 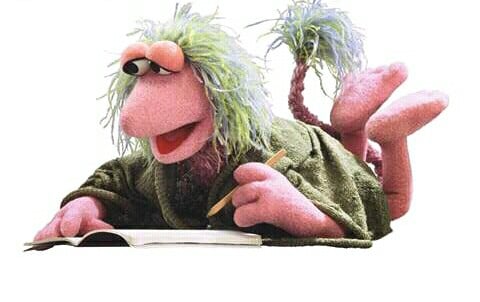 Mokey Fraggle. She is the oldest of the Fraggles, quiet, artistic, a hippy. She loves painting, reading, writing poetry. She is very optimistic. 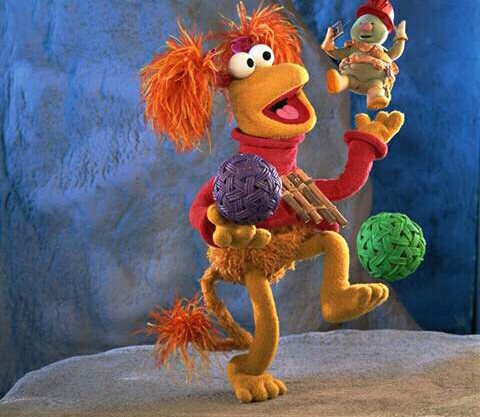 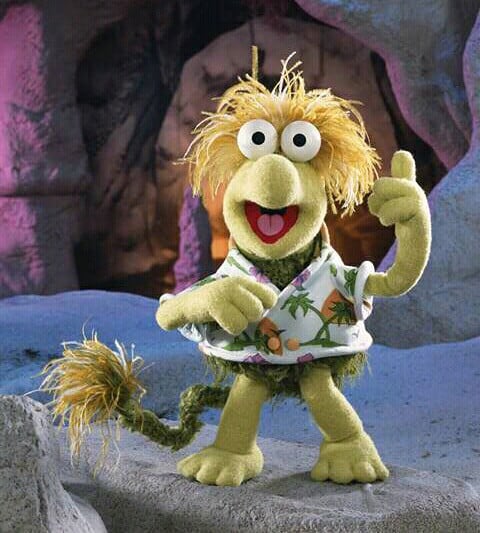 Wembley Fraggle. Wembley is Gobo’s best friend. Who hates to hurt anybody’s feelings. He works for the fire department, as there siren. Wembley loves to play the bongo drums. 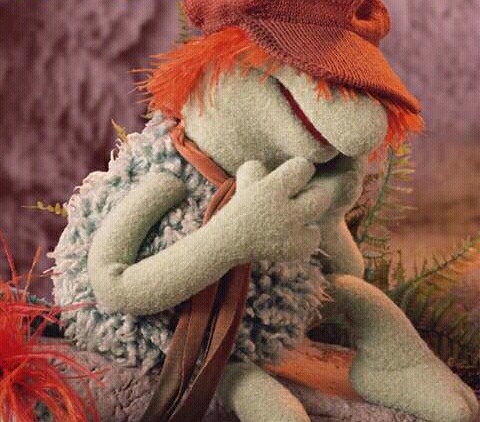 Boober Fraggle. The youngest of the Fraggles. Boober is very intelligent, the most intelligent. He loves the blues music, which he sings and also plays the harmonica. 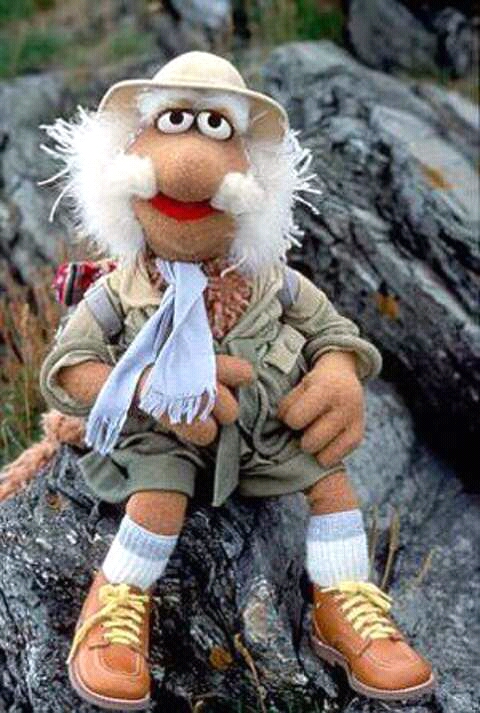 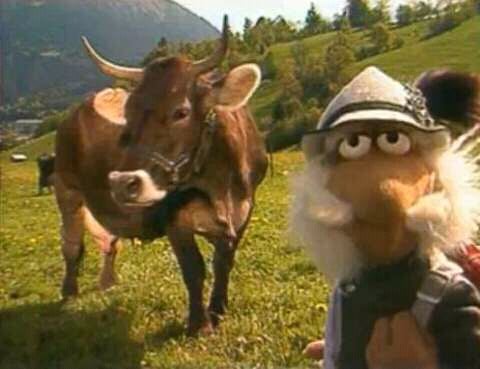 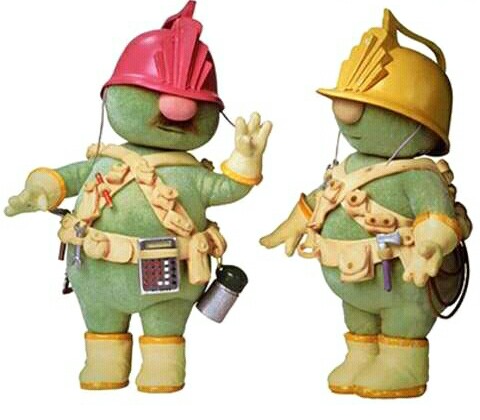 The Doozers. They are the other creatures which live in the caves. The Doozers, who dedicate their lives to work and industry. Spending much of their time constructing and building buildings. 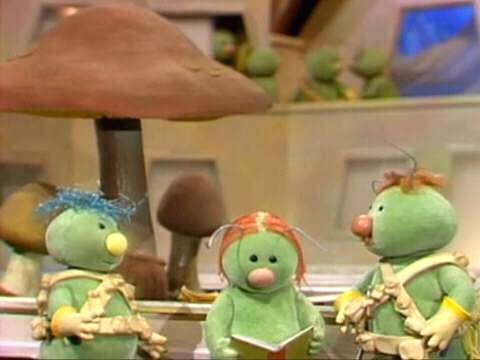 Their buildings are made of edible candy, which the Fraggles love to eat! 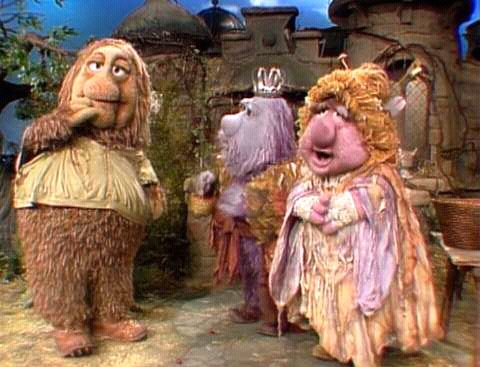 The Gorgs. Ma and Pa consider themselves to be the King and Queen of the Universe, and their son, the Prince, Junior. When really they are simple farmers with a rustic house and a garden patch. They consider Fraggles to be a pest. 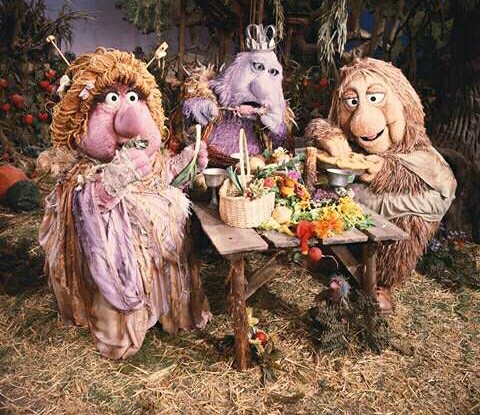 Ma, Pa and their son, Junior. 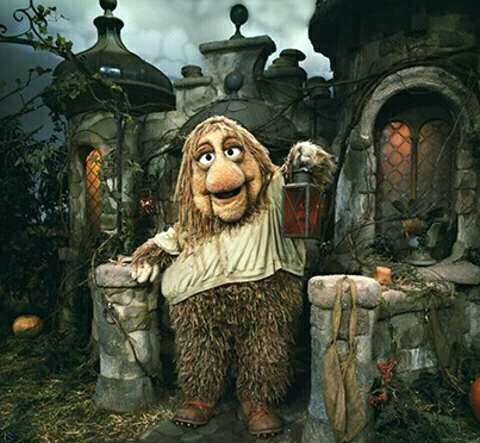 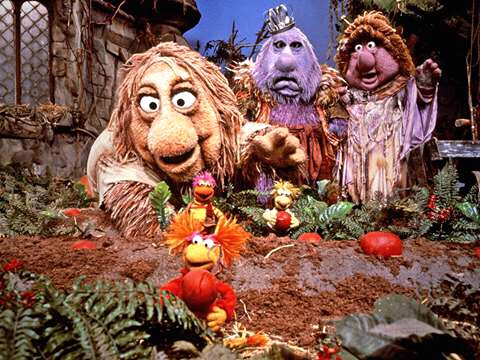 Junior often tried to catch the Fraggles though unsuccessfully. 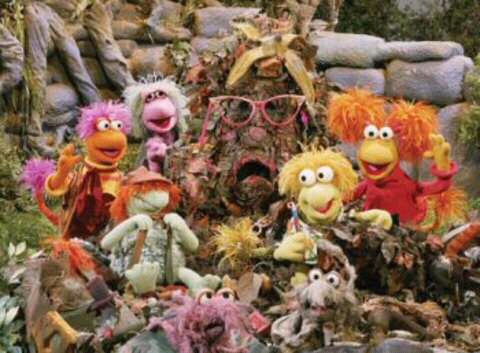 Marjory the Trash Heap. Who lives in the Gorg’s garden. Marjory is very wise, she gives guidance and advice to the Fraggles. 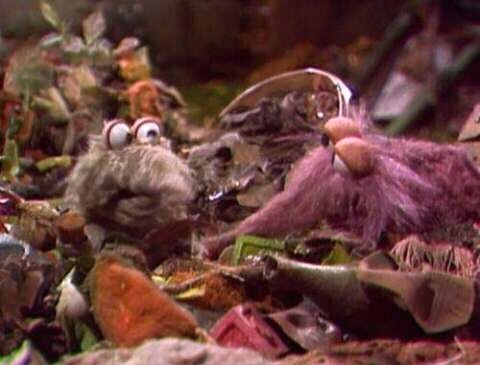 Philo and Gunge. Who live at the trash heap with Marjory. They watch over the heap. They are humorous, yet they do have bad jokes and puns! 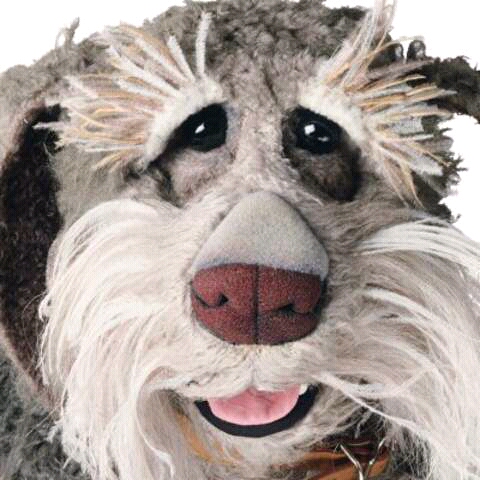 Sprocket. This dog lives in the lighthouse, in ‘Outer Space’ which the Fraggles can reach via their tunnels. Uncle ‘Travelling’ Matt, sends his postcards to the lighthouse, for Gobo to secretly collect. When Gobo secretly enters the lighthouse to pick up a postcard, Sprocket tries to chase Gobo, unsuccessfully though. 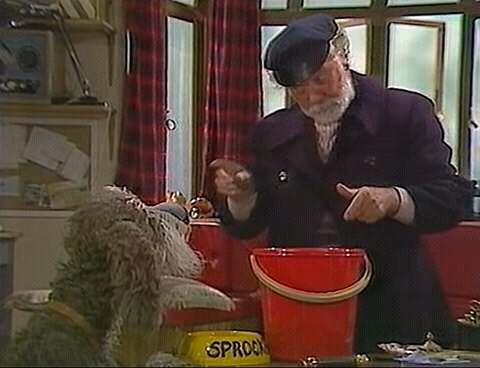 Then Sprocket tries to tell his Master, the light house keeper, who is a retired sailor, the Captain, that Gobo lives beyond the wall, but Sprocket can’t convince him. 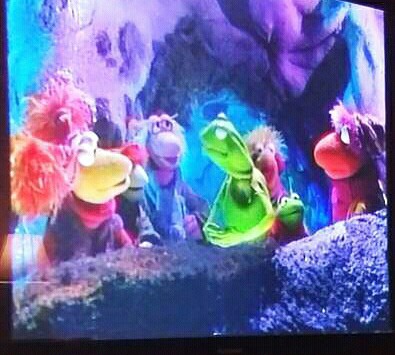 The Fraggles weren’t just on the small screen, oh no, they were on the big screen too! Yes indeed! They appeared in 1987’s, Muppet Family Christmas. 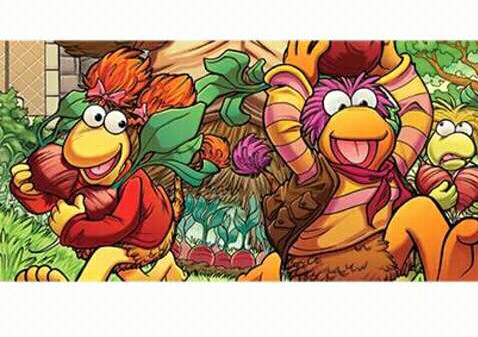 There was also one animated series. In 1987 on HBO. 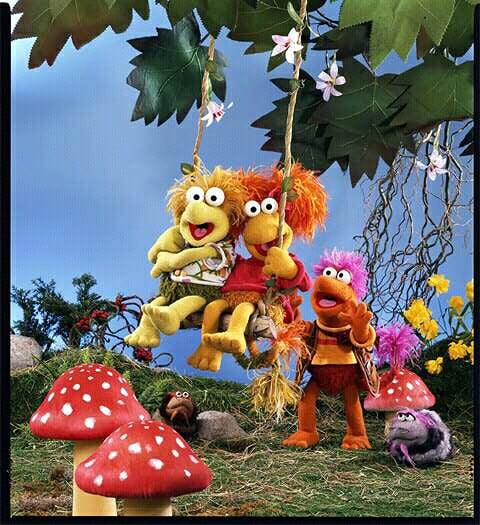 Fraggle Rock. Twenty five minute episodes of joy! Funny and uplifting. They were developed from the beginning to be for an international audience. The programme has been broadcast in ninety countries, and in thirteen languages. It was also the first ever American/Canadian TV show to be broadcast in the Soviet Union. 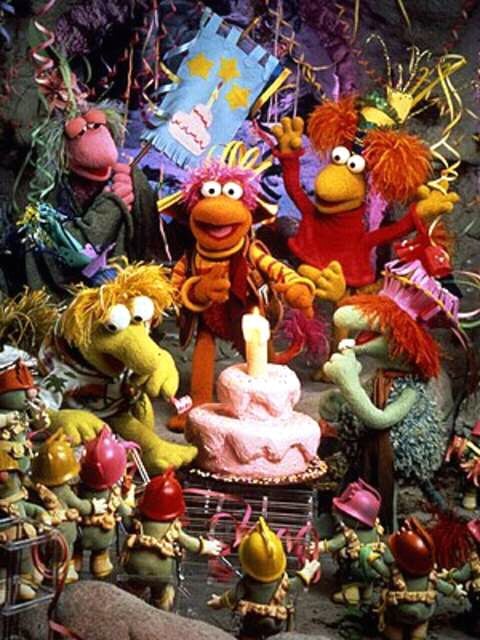 Well the best place to dance your cares away, will always be, down at Fraggle Rock!