“My Mama always said you’ve got to put the past behind you before you can move on”, the title character says in the 1994 classic Forrest Gump. In fact, personal history may have played a key role in this iconic creation, with some critics speculating that the film’s unsung creative genius is none other than Gump actor Tom Hanks’ little brother.

Jim Hanks can be seen in Forrest Gump as Tom Hanks’ sprinting double, but a character played by Jim only two years before Gump, in the sex comedy Buford’s Beach Bunnies, is so uncannily similar to Forrest that some have suggested Tom based the character on Jim’s Buford performance.

While neither Tom nor Jim has ever confirmed this theory, the Hanks brothers, separated in childhood and reunited in Hollywood, have definitely come to influence each others’ work in unexpected ways. 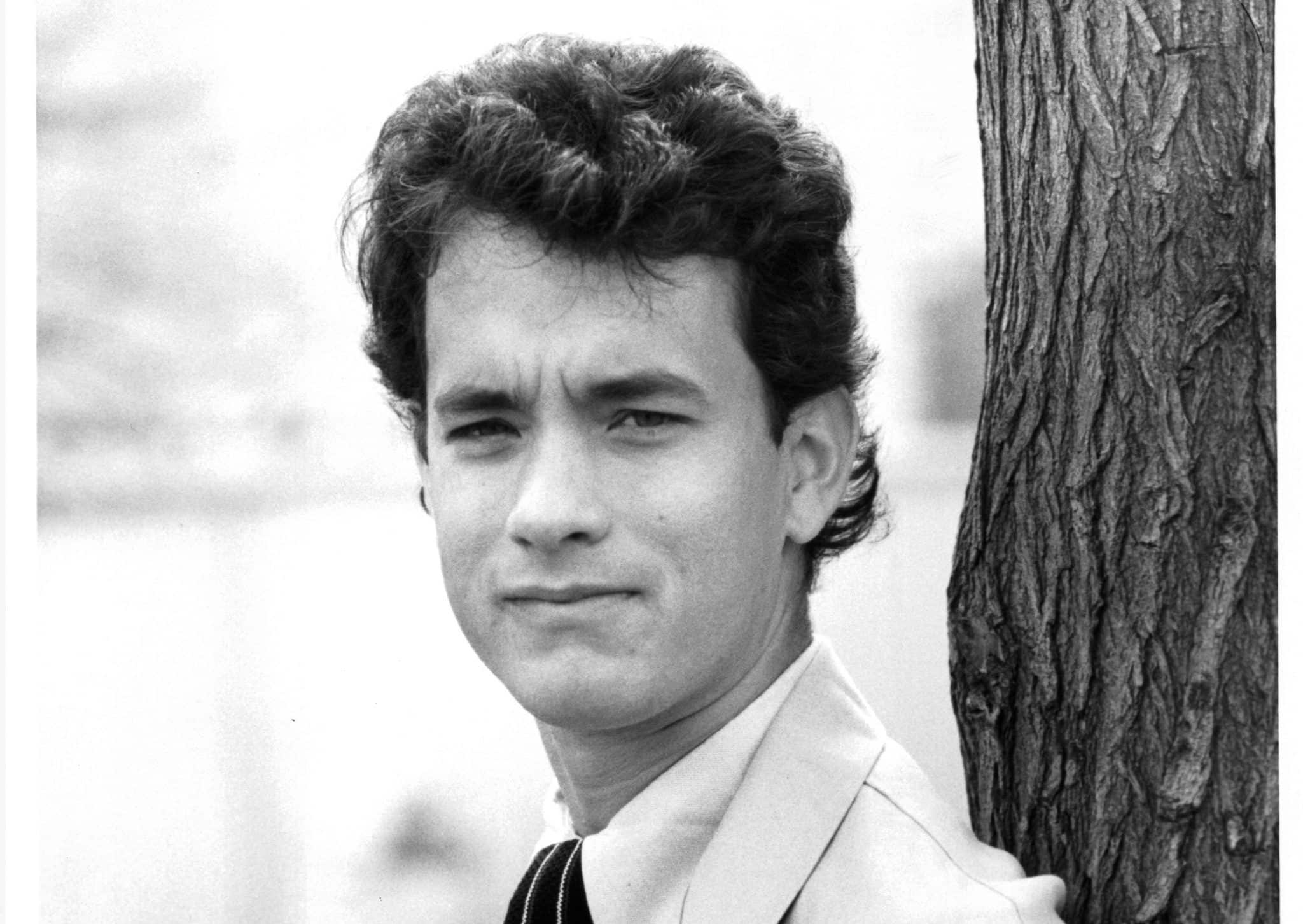 One of four siblings, Tom Hanks was born in Concord, California in 1956, to a hospital worker and a cook. His older sister Sandra grew up to be a writer, and his big brother Larry is now an entomology professor at the University of Illinois Urbana-Champaign.

In 1961, Tom’s younger brother Jim was born – just after his parents got divorced. Sandra, Larry and Tom moved away to live with their father, but baby Jim remained with his mother. As a result, Jim spent very little of his childhood with his siblings, although all were raised in California. 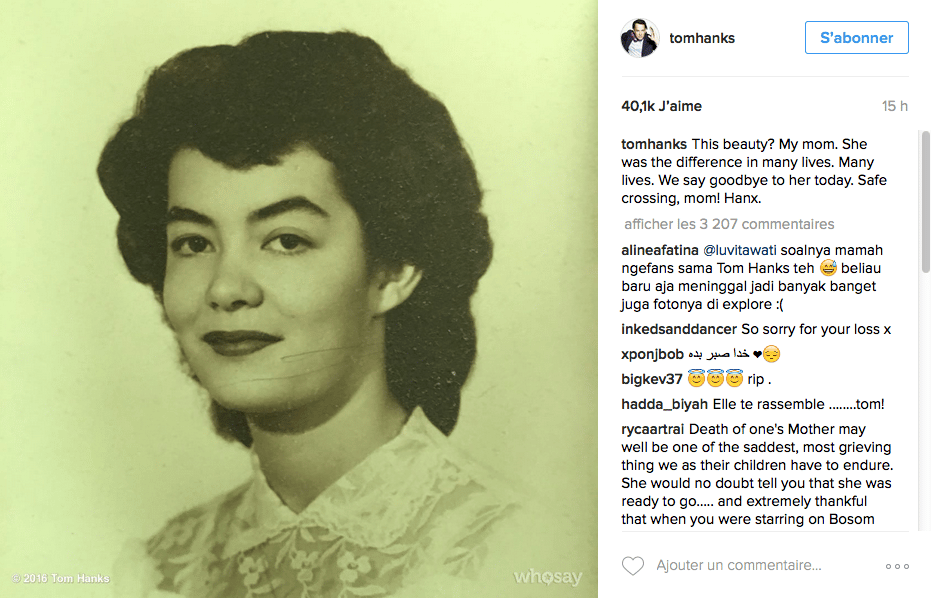 Tom rose to fame in the 80s and early 90s, starring in beloved movies like Splash (1984), Big (1988) and A League of Their Own (1992). When Hanks was presented with the script for Forrest Gump, based on the 1986 novel of the same name by Winston Groom, he knew it would make a phenomenal movie.

Tom signed on, and brought along his younger brother Jim to act as his double. Though the pair only reunited in adulthood, Tom and Jim not only looked extremely similar – they shared many mannerisms, too.

Jim has joked about his role as Hanks’ double in the movie, in which he replicates Gump’s somewhat goofy running style. “Tom had other doubles, but they couldn’t do the run,” he said in 1995. “That’s a stupid Hanks thing.” 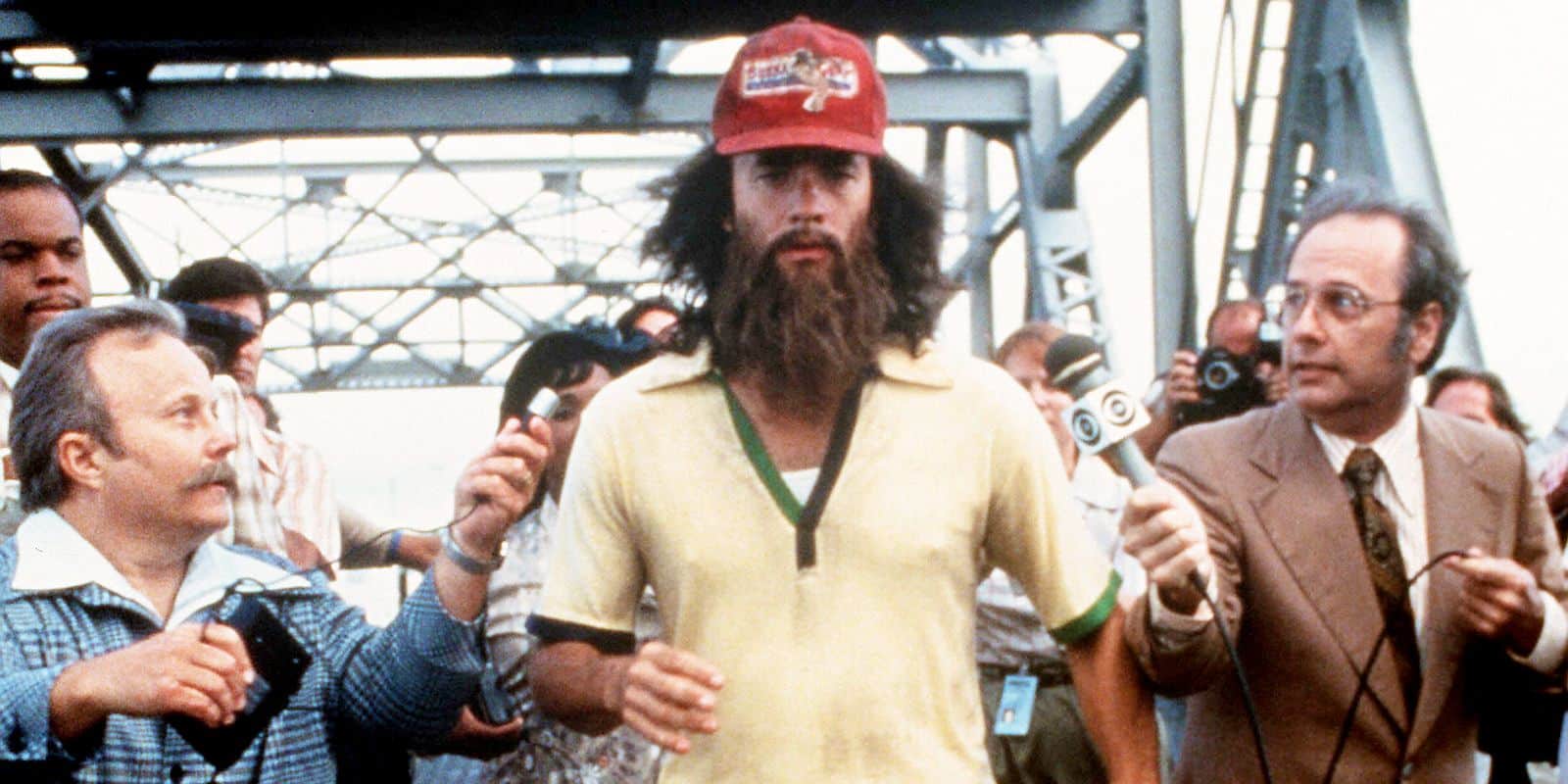 In reality, Jim’s input for the movie may have far exceeded a handful of doubling scenes. In 1995, after Hanks was nominated for the Academy Award for Best Actor for Forrest Gump, the news programme A Current Affair dug deeper into the origins of the iconic character.

“We’re wondering if Tom will thank his little brother Jim [if he wins the Academy Award], because we’ve discovered he owes quite a lot to his lesser-known sibling for the character of Gump himself,” the presenter stated.

“Jim and Tom are now building up a relationship in LA, and he wants to be friendlier with Tom than they have been in the past,” celebrity reporter Tim Miles stated in the segment. “Tom invited him on to Forrest Gump; Tom could open many doors for Jim in Hollywood.” 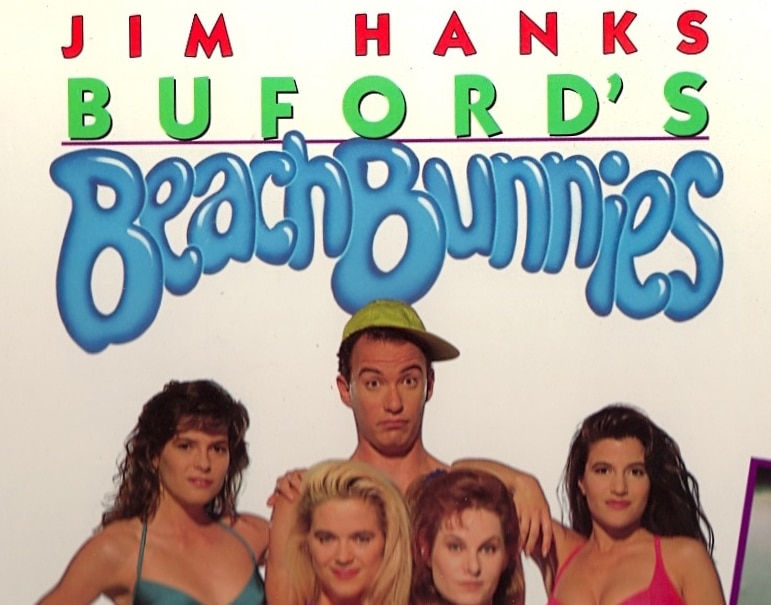 Miles then claimed that Jim’s character Jeeter Buford, in the 1993 sex comedy Buford’s Beach Bunnies, was the inspiration for Forrest Gump. Buford is the socially awkward son of a millionaire, and he is terrified of women. 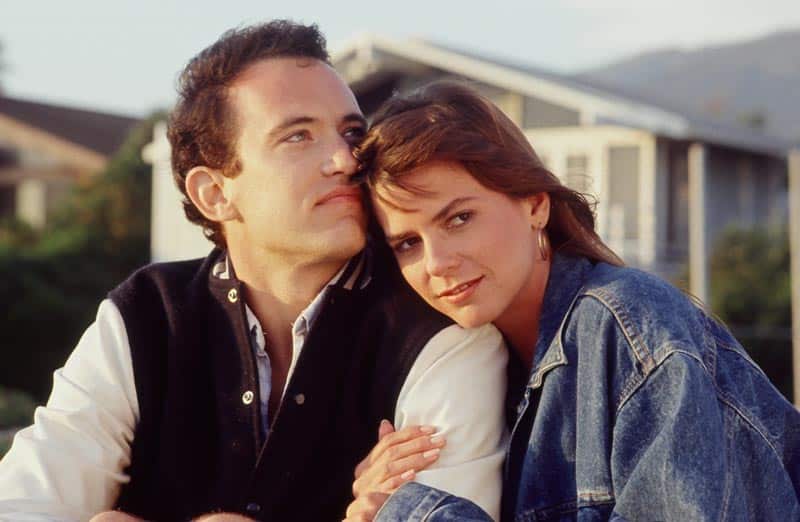 “What we’re told is that Tom had seen the video which Jim was in and he copied many of those mannerisms,” Miles elaborated. “He’d seen it two or three times, he liked the way Jim had portrayed a backward simpleton, and he took those characteristics and absorbed them into Forrest Gump.”

David Gardner, who wrote the 2006 biography The Tom Hanks Enigma, seconded this theory about Jim, Tom and Forrest. Gardner wrote that Jim Hanks’ character Buford does the “now-famous jerky run associated with Forrest Gump”. This biographer also noted that Buford and Forrest both address women as “ma’am.” 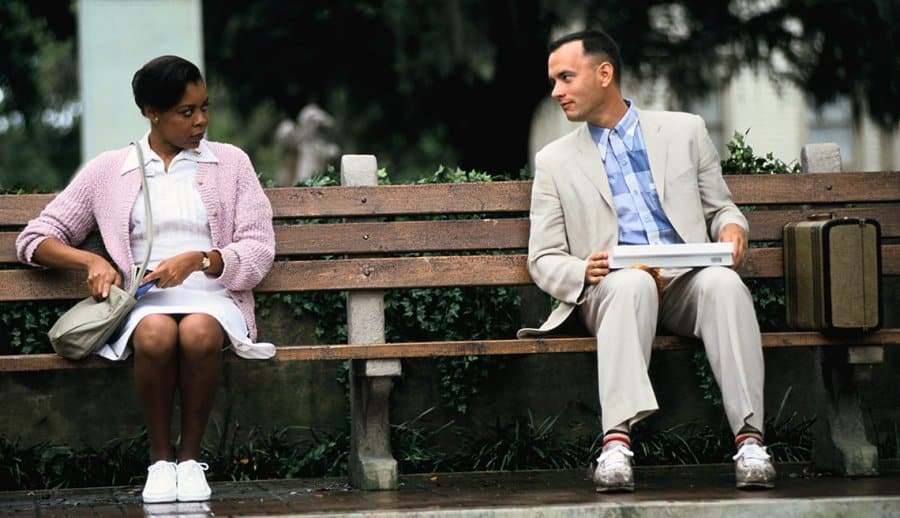 Though Jim is credited as a stunt double on Forrest Gump, Tom has never credited Jim for the Gump persona, nor has he ever addressed these perceived similarities between Jeeter Buford and Forrest Gump. However, Hanks has spoken about a different, unlikely source of inspiration: the actor who plays ‘young Forrest’ in the movie.

Unusually, Tom Hanks and the filmmakers decided to cast ‘young Forrest’ before they had finalised Forrest’s own personality. They chose Michael Conner Humphreys, who charmed Hanks with his leisurely pace of speech and rich Southern accent. 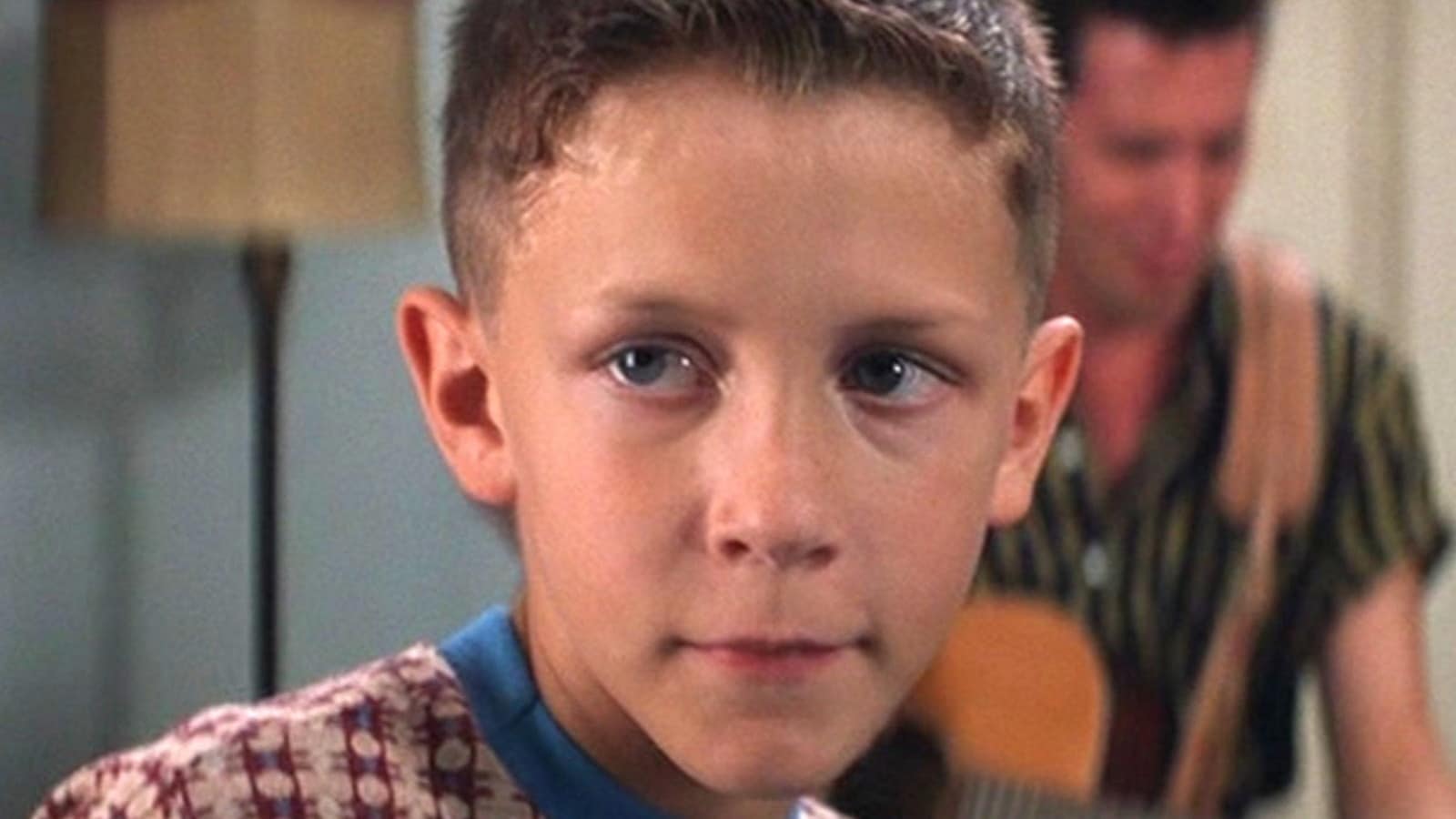 Hanks spent hours in taped conversations with the eight-year-old Humphreys, and he ultimately created Forrest Gump from Humphreys’ idiosyncrasies. “Everything that came out of Forrest was based on him,” Hanks confirmed in a 2021 BAFTA interview.

Jim, meanwhile, has never laid claim to the Forrest Gump persona – possibly out of loyalty to the brother who has seen him through thick and thin in Hollywood. Jim has voiced Tom’s Toy Story character Sheriff Woody in multiple spin-offs and video games, most recently Lamp Life and Kingdom Hearts III. Likewise, Jim provided the voice for several of Tom Hanks’ characters from The Polar Express in the film’s video game. 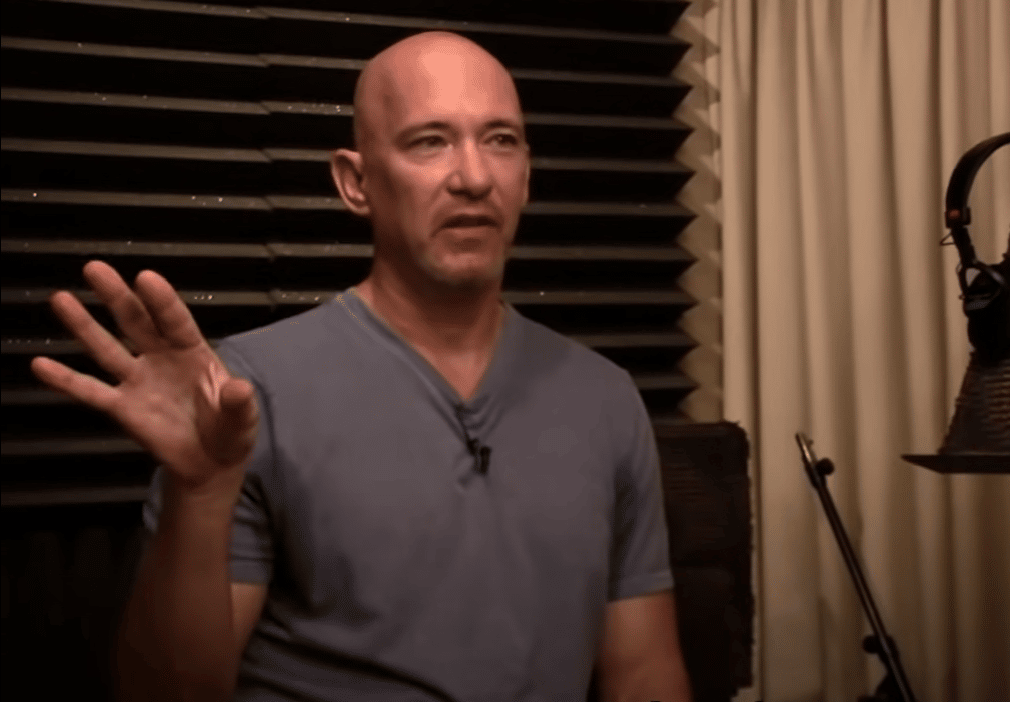 In 2011, Jim acted as Tom Hanks’ stunt double in the film Larry Crowne, which Tom also wrote, produced and directed. More recently, Jim has become a director of short films, and he has played Lennie Small in a stage production of Of Mice and Men. Jim says he has no envy for Hanks’ worldwide fame, noting that he has seen first-hand the stresses of celebrity life.

“I’ve travelled with Tom and stuff like that, and I see the cr** he goes through, but he’s incredibly gracious about it, it’s mind-blowing,” Jim has commented. “But not being able to go to Third Street Promenade [a Californian shopping district] with getting mobbed?! That’s… urgh,” he shrugged.