Forget Nando’s! Look What Iceland Just Launched For Only £3!

Some people like it hot, and things are certainly beginning to heat up across the country. As spring is very much in full swing and summer just around the corner, the temperatures have skyrocketed this week. And it’s not just the thermometers that are heating up either, because Iceland is now selling the spiciest chicken thighs that are available in UK supermarkets. 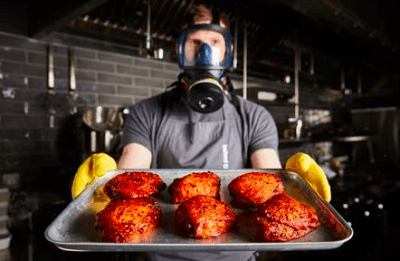 You no longer have to go to Nandos to get your fix of spicy chicken, because these chicken thighs are twice as hot as Nando’s extra hot sauce…and trust me, that stuff burns. The super heated hot thighs measure in at a whopping 575,500 on the scoville scale…a measure in which the heat of foods is measured.

To put this in perspective, Nando’s extra hot Peri Peri sauce only measure 35000 on the scale. Tabasco measures between 2,500–5,000, so this should give you an idea of just how hot these thighs are! These chicken pieces are definitely not for the faint hearted. 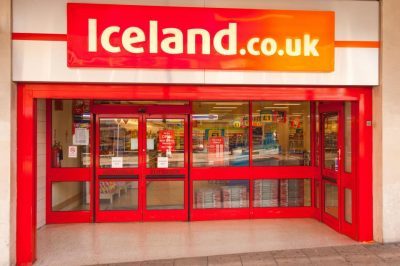 The thighs are made with a marinaded that included several different chillis, including bird’s eye chilli, habanero chilli and capsicum chilli essence. The scorching thighs are now available on Iceland’s website and in stores as part of the supermarket’s summer range. The supermarket giant even recommends that these chicken thighs are seriously spicy and should only be eaten under adult supervision (but what if you’re already an adult?)

It is also advised that you sample the thigh with a nice, cooling pot of yoghurt or something similar like sour cream. You should perhaps also only handle these thighs with some gloves on, so when you’re getting this advice, you know they’re packing some serious heat. 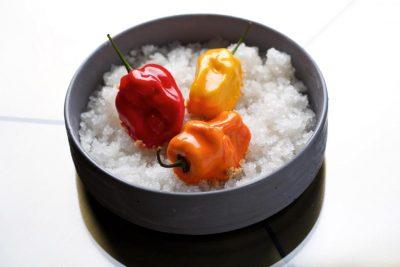 Iceland do say, however, that the addition of capisum essence to the chilli marinade is added to help numb the pain and reduce the inevitable burn. The capsicum works by releasing endorphins around the body to help alleviate some of the burning sensation in your mouth.

Neil Nugent, Head Chef at Iceland, said: “These chicken thighs are face-meltingly hot! Using Nando’s Extra Extra Hot Peri-Peri sauce as the one to beat, we worked to ensure we created the hottest recipe we possibly could to meet the UK public’s demand for spicier foods. 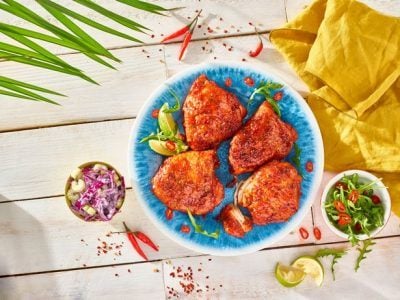 “Shoppers are becoming more adventurous with the flavours they will experiment with and spicy sauces are definitely popular right now. We hope our customers will take up our challenge and try the chicken thighs – it’s an experience they won’t forget.”

If you’re a fan of the spice, you could also head over to Morrisons who are selling a volcanic vindaloo. The curry is over two-hundred times hotter than a jalapeno curry and the company recommends that only people over the age of sixteen should attempt to eat the curry. 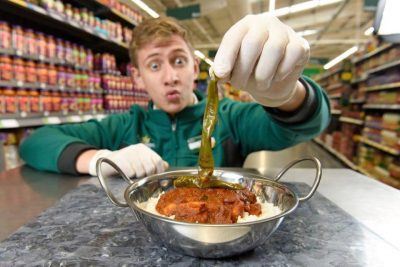 The supermarket chain worked with expert curry chefs to create the chicken dish which packs the heat of a restaurant-bought chicken vindaloo.

As well as naga chillies, which have a Scoville rating of up to one million, the Volcanic Vindaloo is topped with roasted whole green chillies. That’s more chillies that we can shake a stick at! It’s so hot that the meal’s packaging carries a warning notice and has been given a six chilli rating, so brave customers taking on the meal are aware of just how hot it is. 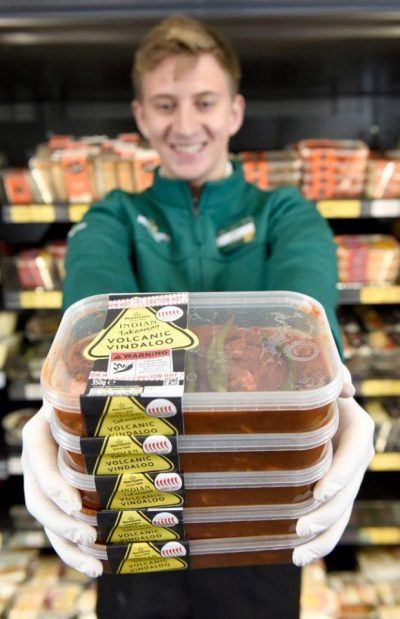 So are you going to be brave and have a go at Iceland’s super-hot thighs or maybe even Morrison’s extra-fiery curry? Both are currently available and we’re curious to see if they are as spicy as they claim to be. If we’re not here in the morning, you know what’s happened to us.