10 Reasons Toys And Technology Were Better In The 1980s 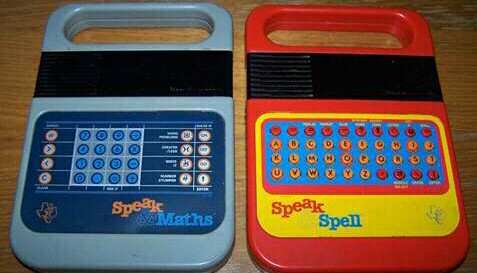 Back in the 1980’s us kids wouldn’t of wanted I-Pads and Smart phones. We had much cooler technology to play with, or learn from.

Forget your Grand Theft Auto, we had Pac-Man and Donkey Kong! Which we wouldn’t play all day, we’d squeeze it in between climbing trees and playing on our pogo sticks! If we ever needed to call home, we had that emergency ten pence in our pocket for the phone box!

There was so much technology/toys which could be counted as an 80’s kids favourite! But here is the Top Ten of must haves which have to be on the list. 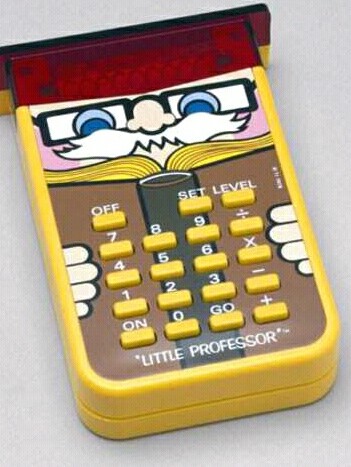 Yep, the yellow calculator, with a rather smug looking Professor reading a book on the front!

But it wasn’t just any calculator! Oh no! Professor Smug, wouldn’t give you an immediate answer, he would give expressions, which would get you thinking, to attempt to answer the sum yourself. It aimed to help five to nine year olds with their mathematic skills and learning. 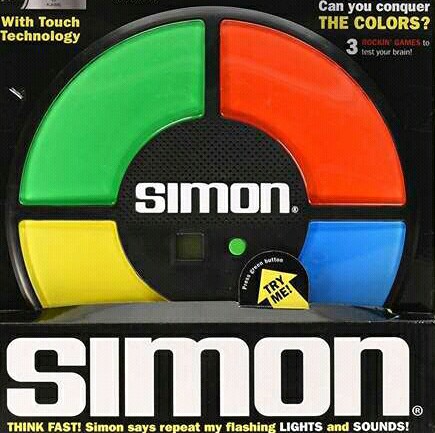 This beauty of a game came to the British shores from across the pond, USA.Its a memory skills game.

Simon Say’s makes lights and tones, which the player has to remember, then you attempt to repeat Simon’s pattern. Which gets more intense as the game goes on.

This game has even made it into numerous Hollywood films, including, Stephen King”s, Tommyknockers, in 1987, and Simon Say’s hasn’t hung up his acting career in retirement just yet, as more recently he appeared in, 2014’s, Paranormal Activity : The Marked Ones.

Horror films seem to be his genre. He’s maybe now been typecast! I’m sure he’s on the line to his agent as we speak… 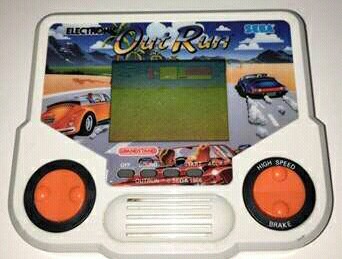 This high action road adventure is one of the best selling video games of all time.

An arcade game. Released by Sega, in 1986. This was more one for the boys, and fun Out Run competitions were an exciting, yet competitive, part of those long Summer Hols. 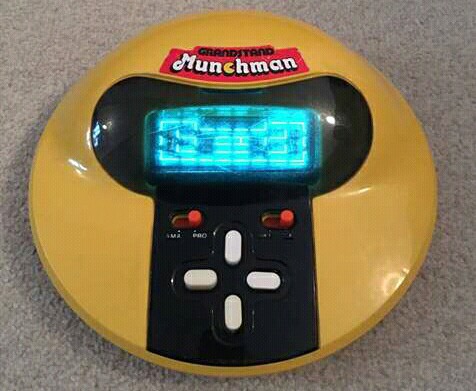 Everybody loved this little dude! A table top electronic game.

This was a hugely popular game, a must have for everyone! Miss it, then you really did miss out! 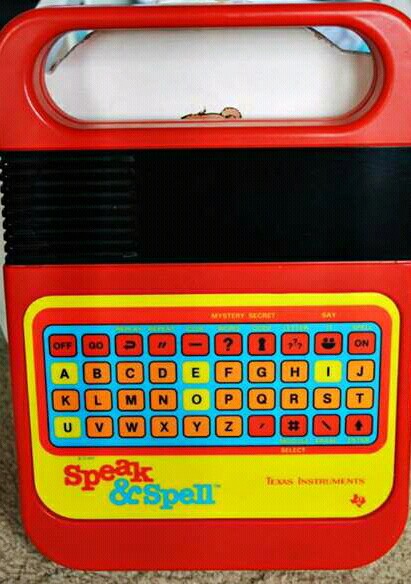 This bad boy is by the American company Texas Instruments. Its an educational toy which teaches children how to spell and pronounce.

This handheld electronic, LCD game, was just one of a line of hand held games. Which were released in 1980. I remember Mario being the most popular!

It was these games which inspired Nintendo to create the hugely popular, Game Boy. 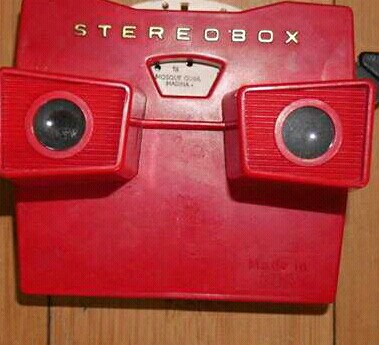 Everybody had one of these right?! No batteries or electricity needed! All you needed was the disk of cardboard which contained photographs on film. You inserted the disk and clicked away, watching the story on the film. 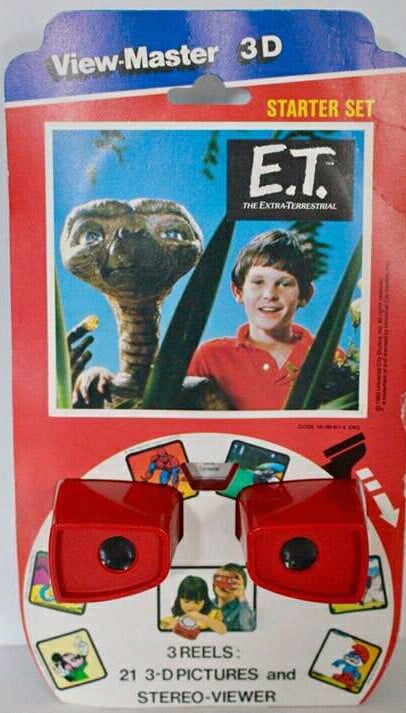 You could even purchased themed ones, merchandise to go with film releases, like 1982’s ET. 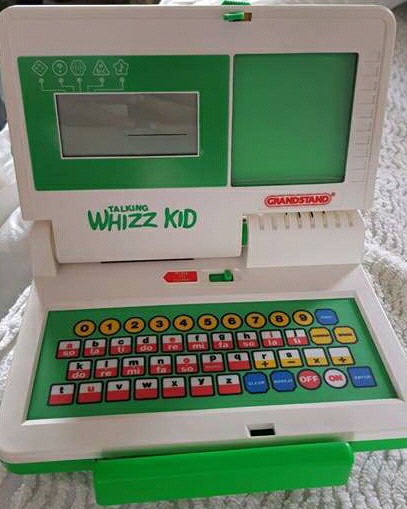 Oh yes!! If it was a rainy afternoon, there was tonnes of fun to be had on this baby!

Yes it talked! It was quite humorous, as a few words were actually pronounced wrong! Ha ha!

It even came with a selection of cartridges, on animals, food, space. So much fun for a kid to learn from! 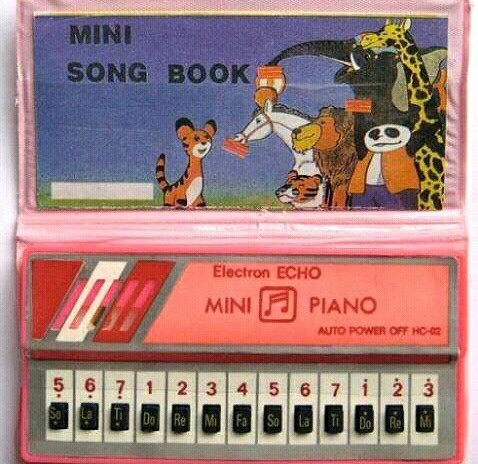 These were simply awesome! You could put it in your pocket and take it everywhere you went!

It came with a mini song book, and its own case. The most fun though was inventing your own songs on it! Mini Mozart’s in the making! 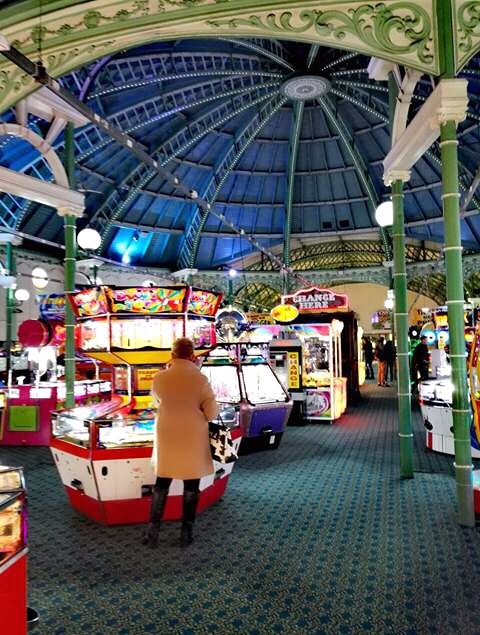 Yay! Stick an 80’s kid in one of those places and joy would be had by one and all! An 80’s kids paradise! It’s impossible to pick a favourite, as we liked everything in there! It was a blast!

Especially the arcades at the seaside. You’d play the games for awhile, then go for an ice cream, then return for more even fun. Never ending fun.