In 1976, Concorde Flew For The First Time Commercially

When Concorde took to the skies at twice the speed of sound, it promised a new era of invention and adventure. This passenger airliner held its maiden voyage in 1969, and excitement reached fever pitch in 1976, when the first commercial passengers were invited to cross continents at record speed. We’re taking a closer look at the day when supersonic flight hit the European market. 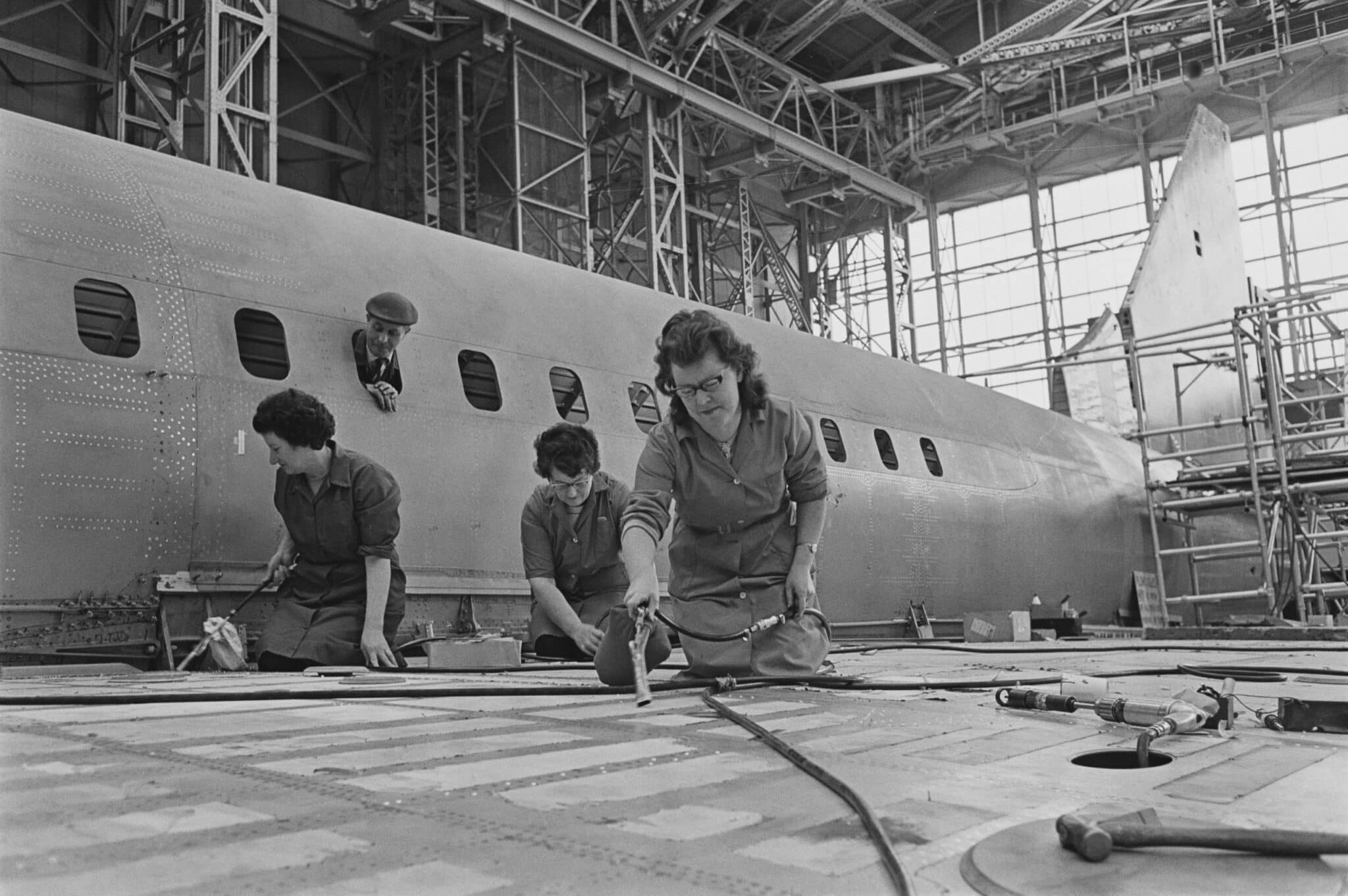 The USSR’s Tupolev Tu-144 flew for the first time on 31 December, 1968 – and Concorde came snapping at its heels two months later. But it would take another eight years for this famous plane, created jointly by the French Sud Aviation and the British Aircraft Corporation, to enter commercial service.

20 Concorde planes were built in total – including 14 for commercial use. Each plane was 61.7 metres long with a wingspan of 25.6 metres. Famously, each featured a manoeuvrable ‘drooping nose’ that improved efficiency during flight, while moving out the way during take-off and landing to give the pilot a clearer view. Concorde noses had to withstand temperatures of over 100 °C during flights. 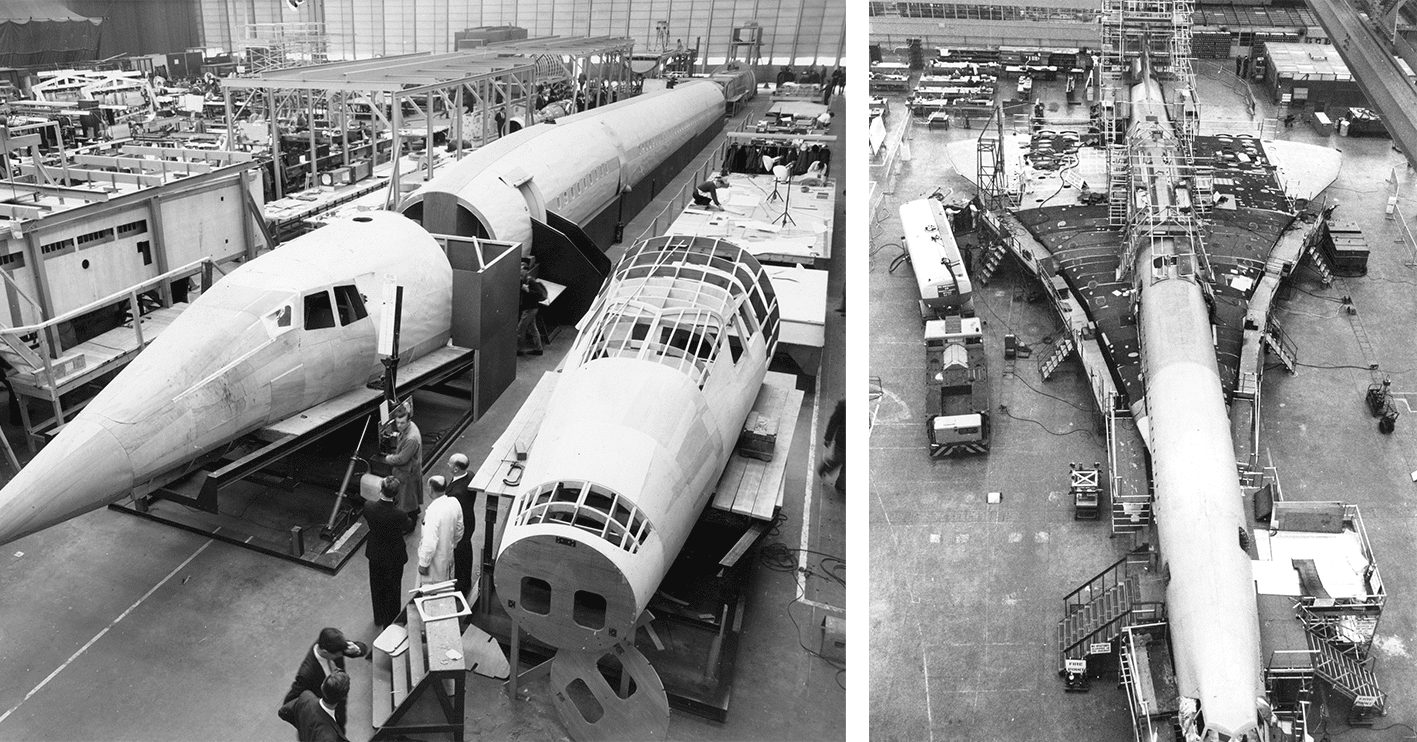 Concorde’s cruising altitude of over 18,000 metres allowed passengers to see the curve of the Earth. As it endured extreme heat, the plane’s structure of aluminium alloy, titanium and stainless steel could expand by up to 25 centimetres during flight.

With a long sleek shape to reduce drag and swept-back triangular wings, Concorde’s image was as striking as its futuristic capabilities.

The final design was a source of inspiration to designers and artists for decades to come. “I’ve always thought of the Concorde as a magical object, a symbol, a miracle,” noted the French designer Andree Putman, who later helped to renovate the plane’s interior. 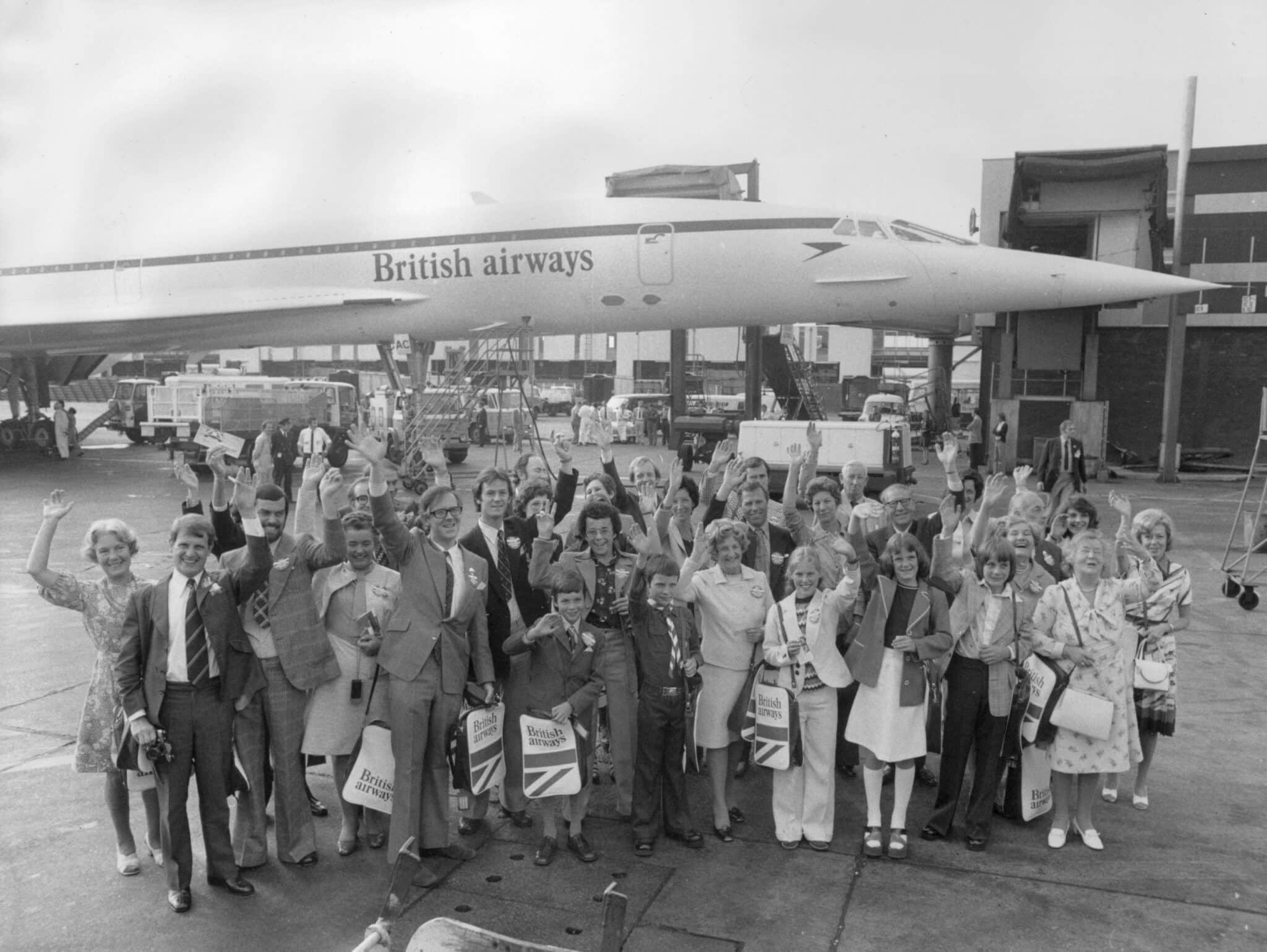 Heathrow’s flight was destined for Bahrain, while the Concorde at Charles de Gaulle was headed to Senegal and Rio de Janeiro. 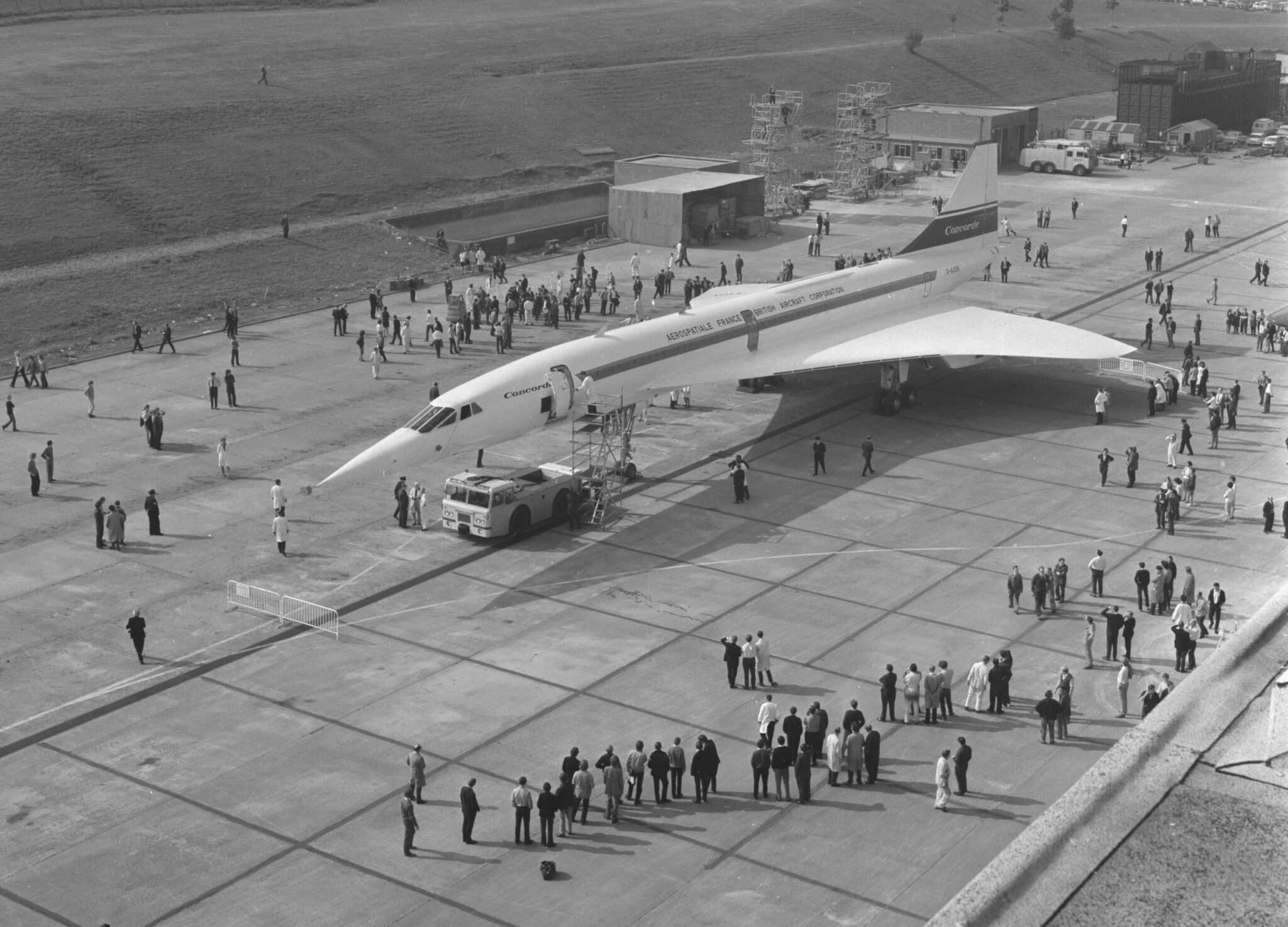 “The space-style countdown got us airborne not only on time, but in 35 seconds,” BBC reporter Reginald Turnell noted. “As for the flight deck, in 20 years of inaugurals I’ve never known it so relaxed.”

At the helm was Captain Norman Todd, accompanied by Concorde’s original test pilot Brian Trumpshaw. Soaring over the Alps with stunning views, Concorde finally broke the sound barrier just past Venice, to applause from the passengers.

The plane proved a little noisier than the average commercial plane, but passengers remained audible. “We’ve had the most excellent supersonic lunch, and we couldn’t be more comfortable,” one told Turnell mid-flight. “It’s the most tremendous and very exciting experience.” 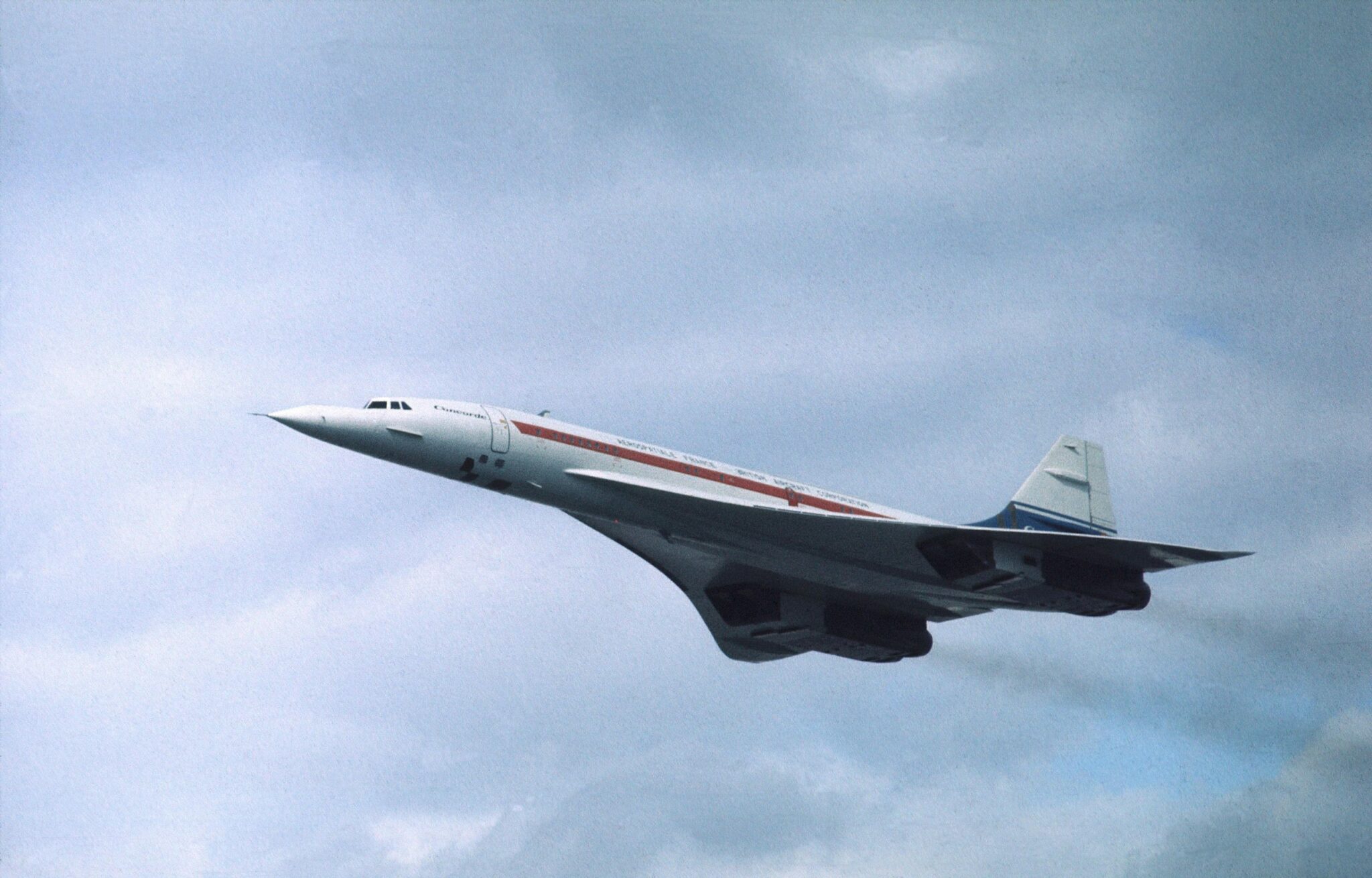 “Absolutely super,” added one older passenger. “[It’s] something I’d always dreamed about, and never thought I’d do it at the age of 75, and I’m jolly proud to feel British and to feel [that] we and the French have done it.”

The journey to Bahrain was over in 3 hours and 38 minutes, heralding a new era of speedy and glamorous international travel. 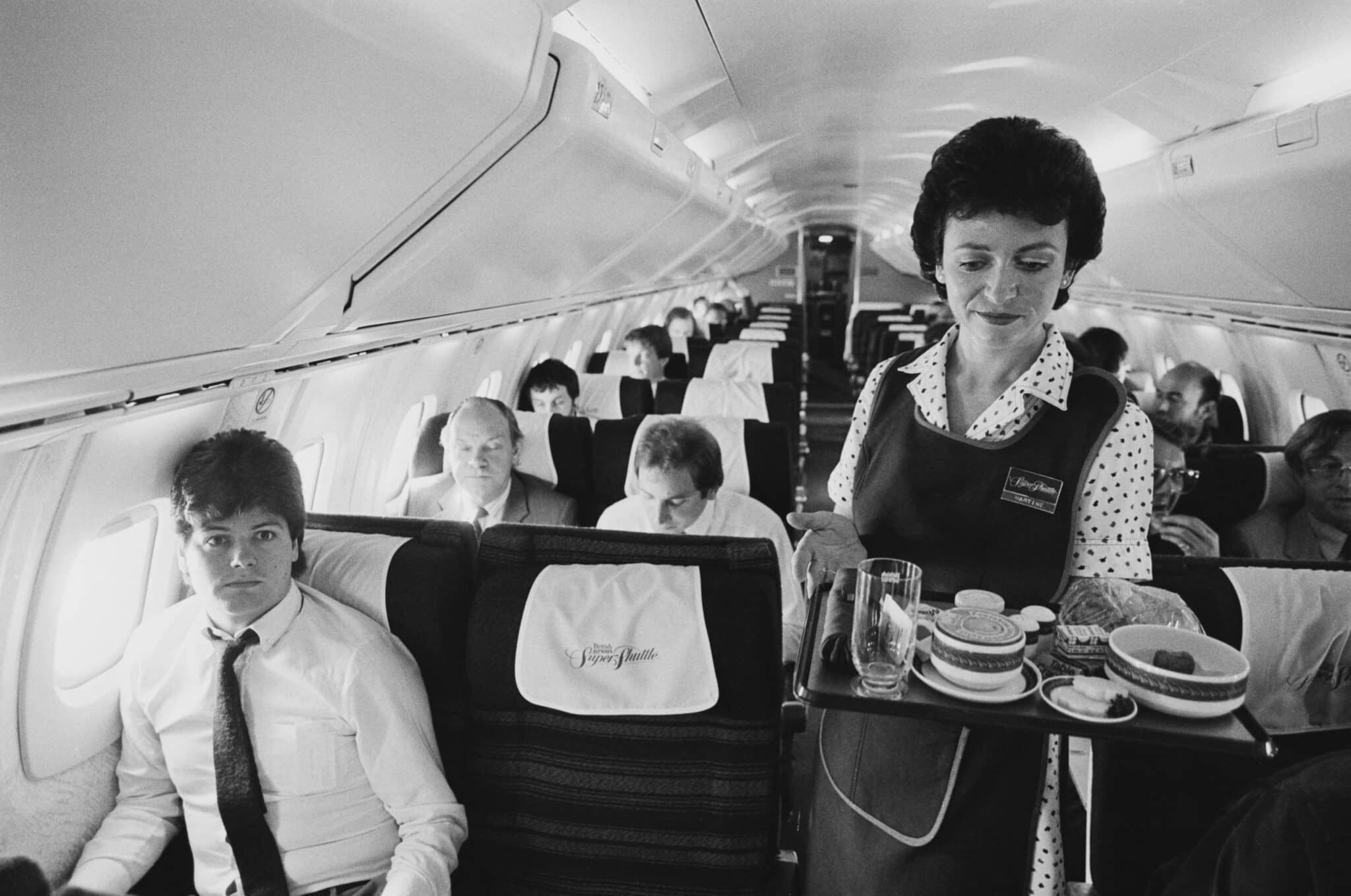 Concorde soon attracted hordes of millionaires, business leaders, celebrities and aviation enthusiasts. Prices rose steeply over the decades, and by the late 90s it cost $6,000 to fly from London to Washington DC.

Sting, Johnny Cash, Bruce Springsteen and Princess Diana were among its clients. Reportedly, Paul McCartney would occasionally indulge the passengers with a song when he travelled on Concorde.

Luxury food was a central part of the experience. One New York Times writer described his in-flight meal: “A breakfast of fresh papaya, guava, pineapple, strawberries and mangoes, croissants and brioche that might have come from a Paris bakery, a pretty good approximation of eggs Benedict and a soufflé Gruyère, all washed down with Piper‐Heidsieck Cuvée Diplomatique. The china, of course, was Limoges.” 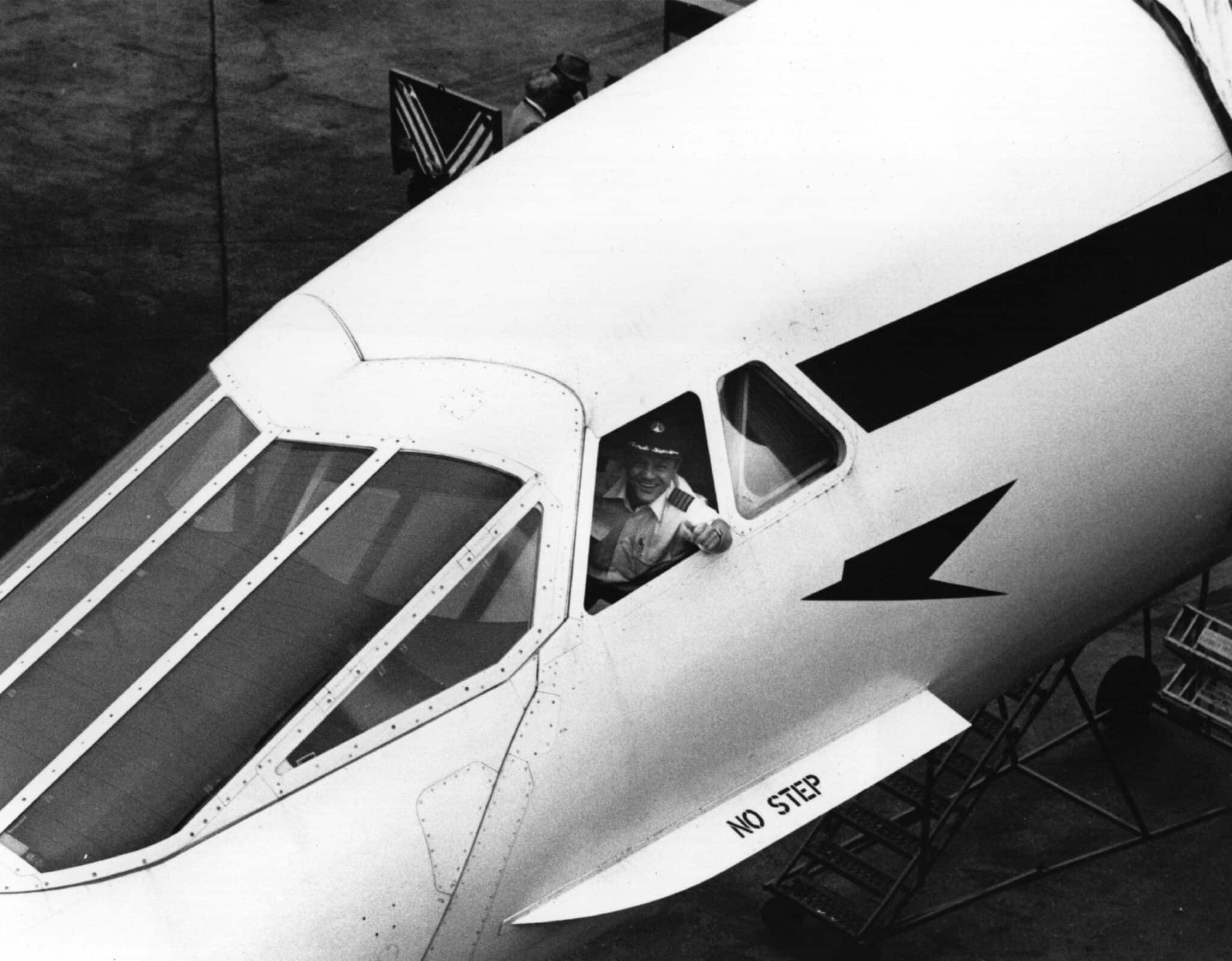 “They spent fortunes wherever we stopped,” flight attendant Joe Cuddy has said of Concorde’s wealthier passengers. “We flew from Hong Kong to Delhi, and one woman spent $300,000 on carpets, to have them shipped back to the States. They were an eccentric and demanding bunch, but great fun to be with.”

Each flight included a cabin crew of six. In a starkly different era of aviation, the flight deck was always open. With the exception of take-off and landing, passengers could wander freely and watch the pilots at work.

Before the age of back-of-seat screens, Concorde passengers could pass the time by watching the Mach display and check the plane’s altitude readings.

Fred Finn, a business executive who flew on Concorde 718 times, has recalled staring in amazement out the window. “Looking up it would be almost black, because at 55,000 to 60,000 feet, you’re almost on the edge of space,” he remembered.

‘I hope Concorde takes to the skies again’

Concorde was retired on 24 October, 2003, following 27 years of operation. It suffered a slump in interest after the sole Concorde crash in 2000, which killed all 109 people onboard plus four people on the ground in Gonesse, France.

Concorde did not trigger a wave of commercial supersonic travel as expected – but it certainly won over many hearts and minds in the 80s. 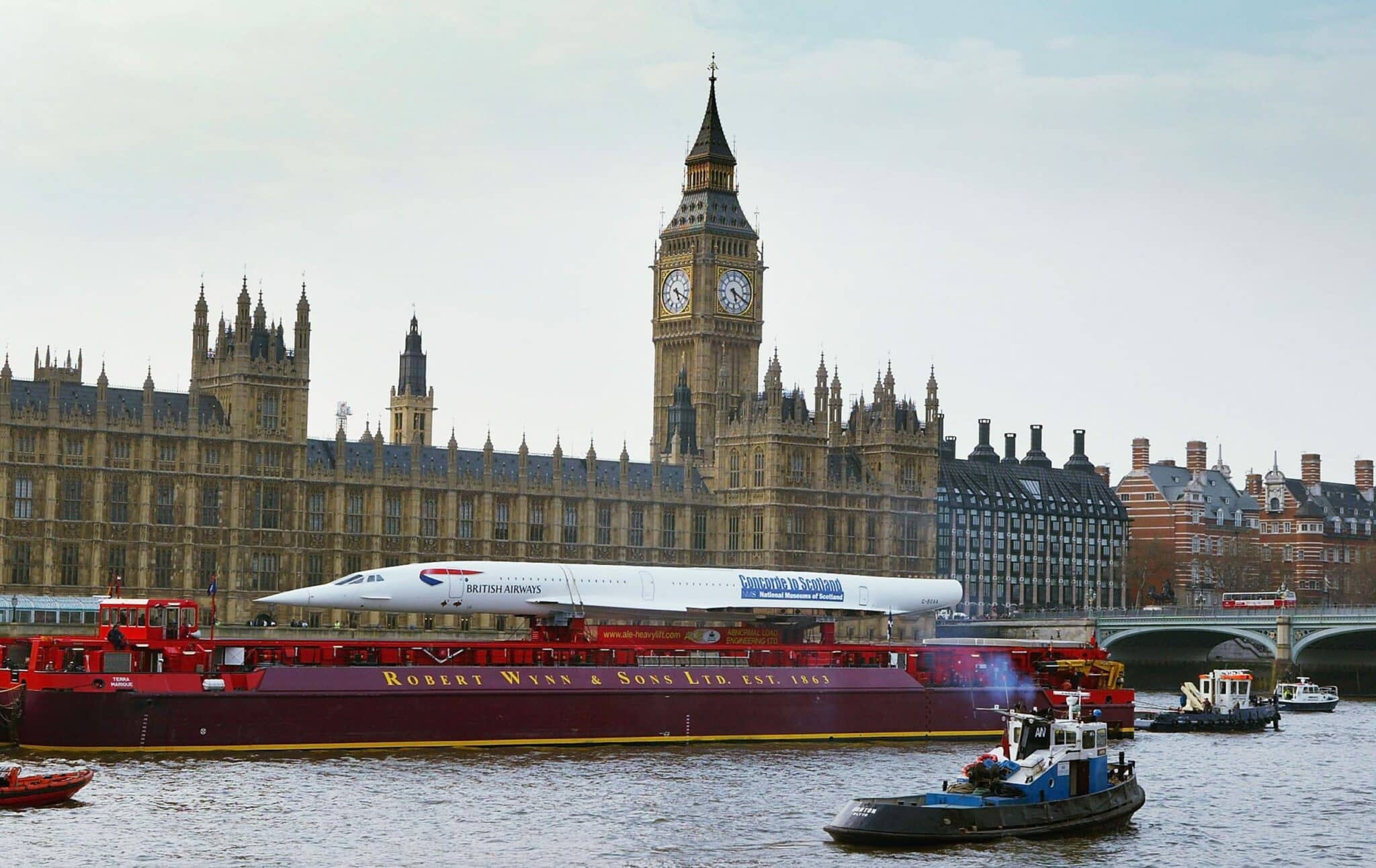 The Great British Design Quest named Concorde the winner after 212,000 votes were cast, selecting the plane over the World Wide Web, the K2 telephone box and the Mini. This plane created memories of a lifetime for a whole generation.

One Concorde passenger, Trish Dainton, spent her teen years in London hearing the Concorde rumbling overhead. Mesmerised by the jet, she eventually flew on it with her husband Steve in 1998 to celebrate their 10-year anniversary, as she told the BBC.

“I hope Concorde takes to the skies again one day to allow others to dream and to fulfil their dreams like we did,” she said.