The press went wild when the so-called ‘Bad Boy of Tennis’ John McEnroe married actress Tatum O’Neal in 1986. An Oscar-winning former child star famed for her performances in Paper Moon and The Bad News Bears, O’Neal had her own wild reputation, after experiencing a tempestuous childhood and living independently for most of her teenage years. But with McEnroe and their three children by her side, it seemed that O’Neal had finally found peace and a settled life.

Between O’Neal’s struggles with drug addiction and McEnroe’s notorious temper, however, the relationship soon fell apart, with explosive results. In the ensuing custody battle for their children, both parties gave vastly different accounts of what had occurred behind closed doors. 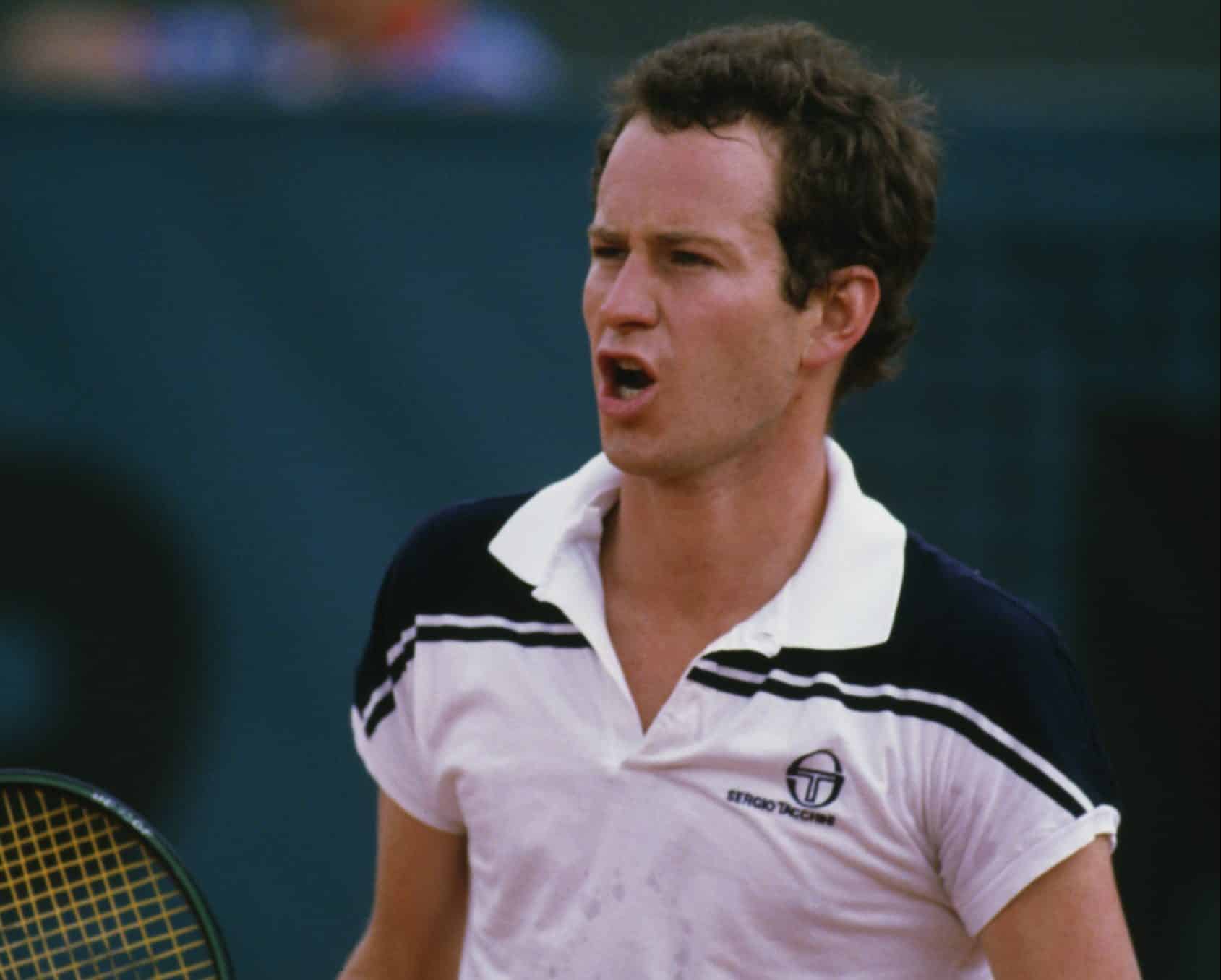 John McEnroe was born in Wiesbaden, Germany in 1959 to American parents stationed there with the US Air Force. When he was less than a year old, McEnroe’s family settled in Newburgh, New York, and then New York City, where McEnroe proved to be a child tennis prodigy.

Throughout his childhood, McEnroe played in regional and national junior’s tournaments, and he led the tennis team at Stanford University in the late 70s. Winning five titles in 1978, including the Masters Grand Prix, McEnroe went on to win the US Open in 1980 and become the men’s Wimbledon champion in 1981. Going from strength to strength, McEnroe had a jaw-dropping year in 1984. He won 13 singles tournaments, including both the Wimbledon Championships and US Open.

Yet as renowned as McEnroe’s skills were, he quickly gained more attention for his ferocious temper. Tennis was considered a gentleman’s game, yet the American became notorious for fiery outbursts on the court, most famously roaring at one tournament referee, “You cannot be serious!” Nor were these temper tantrums just for show: the pressure of competing international at a high level took a toll on McEnroe, and by 1986 he was forced into a six-month break due to stress. 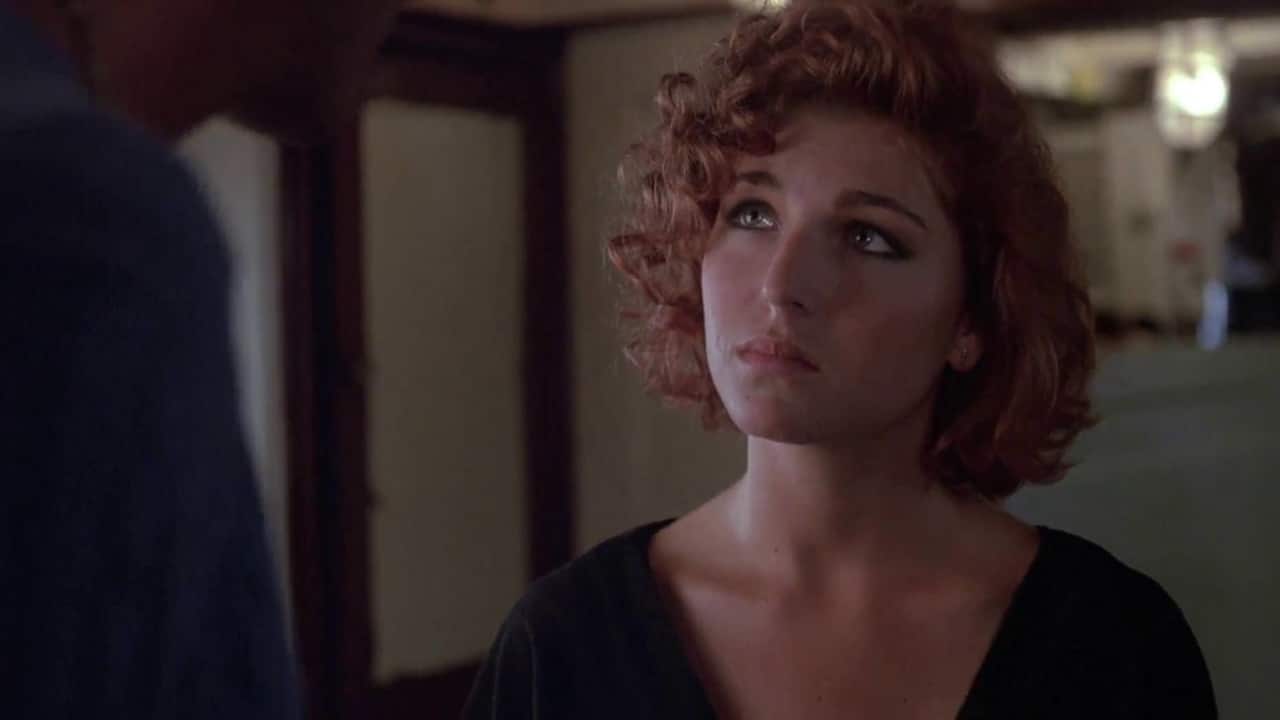 Around this time, the 27-year-old tennis star had a new girlfriend in Tatum O’Neal. Like McEnroe, O’Neal had also been a child prodigy. Born in Los Angeles in 1963, she was the daughter of actors Ryan O’Neal and Joanna Moore. After her parents’ divorce in 1967, she spent time with her father by joining him at work, which inspired her to give acting a try herself.

At the age of nine, O’Neal made her film debut alongside her father in Peter Bogdanovich’s 1973 film Paper Moon. She played Addie Loggins, a young orphan who is trained in con artistry, and her performance saw her became the youngest ever winner of a competitive Academy Award, taking the Oscar for Best Supporting Actress. Her father and co-star did not attend the Oscars ceremony that year, officially because he was in England shooting Stanley Kubrick’s film Barry Lyndon; however, Tatum has said that his own non-nomination caused tension between them.

O’Neal has since described her father as a physically and emotionally abusive drug user, noting that she was molested at the age of 12 by her father’s drug dealer. Ryan O’Neal has denied this, saying: “It is a sad day when malicious lies are told in order to become a ‘bestseller.'” 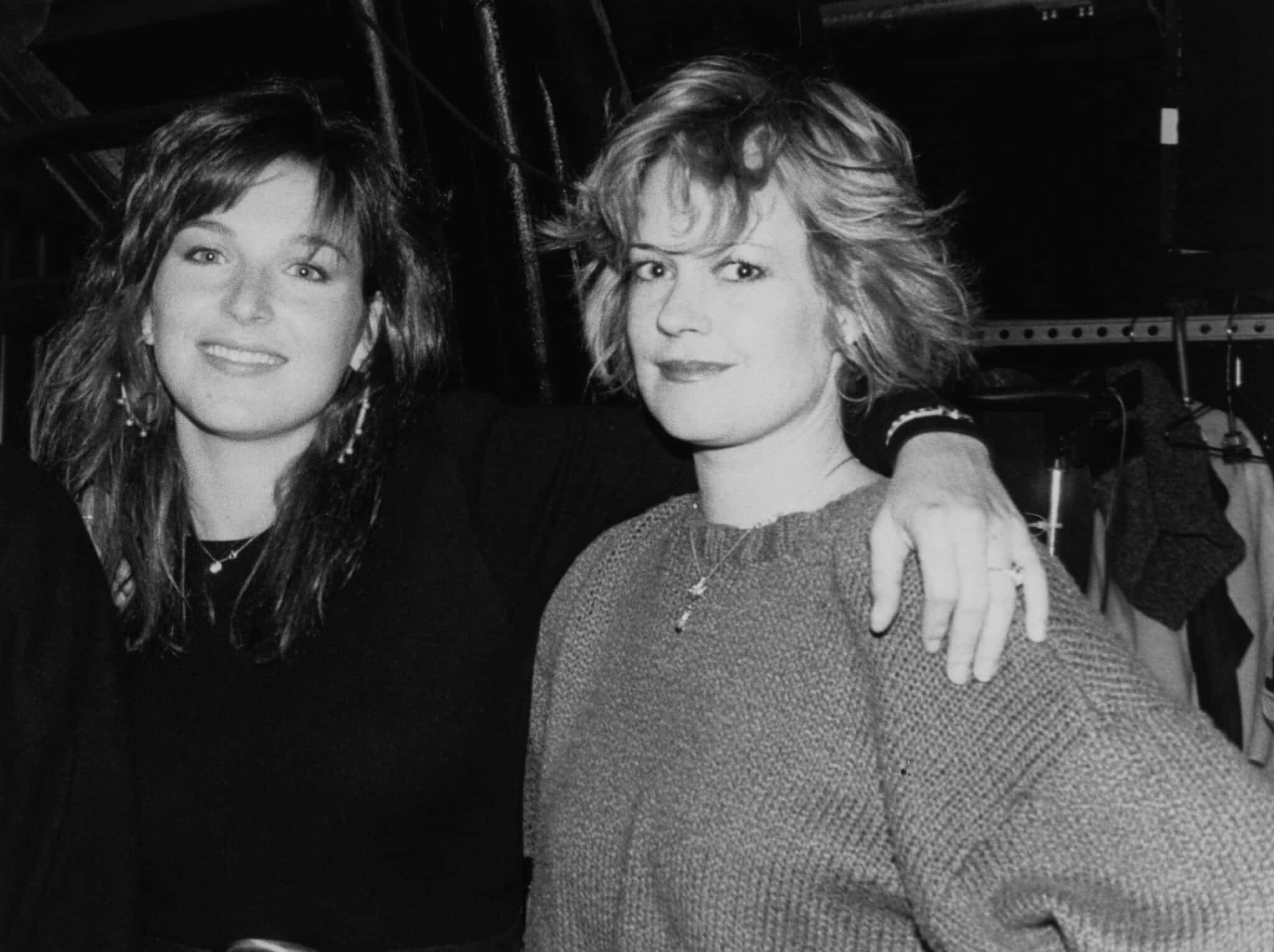 This starlet rubbed shoulders with the rich and famous. She was befriended and allegedly abused by fellow child star Melanie Griffith; she spent a disturbing evening with Roman Polanski (the director who infamously fled the US to avoid statutory rape charges); and she started dating Michael Jackson when she was 17 years old.

When she met the celebrated John McEnroe at a Hollywood Hills party in 1984 (when he was 26 and she was 22), things started looking up. “He was very good-looking. I thought he was charming,” O’Neal would later reflect. “It was sort of a chemical attraction or physical attraction, a love at first sight kind of thing.”

The relationship escalated fast, and that winter O’Neal moved into McEnroe’s apartment in New York’s Central Park West. As Ryan O’Neal’s angry and impulsive behaviour hit the tabloids, the media questioned whether Tatum was drawn to the tempestuous McEnroe because of his similarities to her father.

Decades later, O’Neal would admit that she was ‘absolutely’ attracted by McEnroe’s temper, noting: “He was powerful. He could take care of me and let me hide. Because I had no inner core back then. I was so beaten down.” However, she also stressed, “John is a much better man than my father. A decent man.” As might be expected from the rich and famous, McEnroe splashed out on lavish gifts for his new love, including jewelry and a Malibu beach condo. 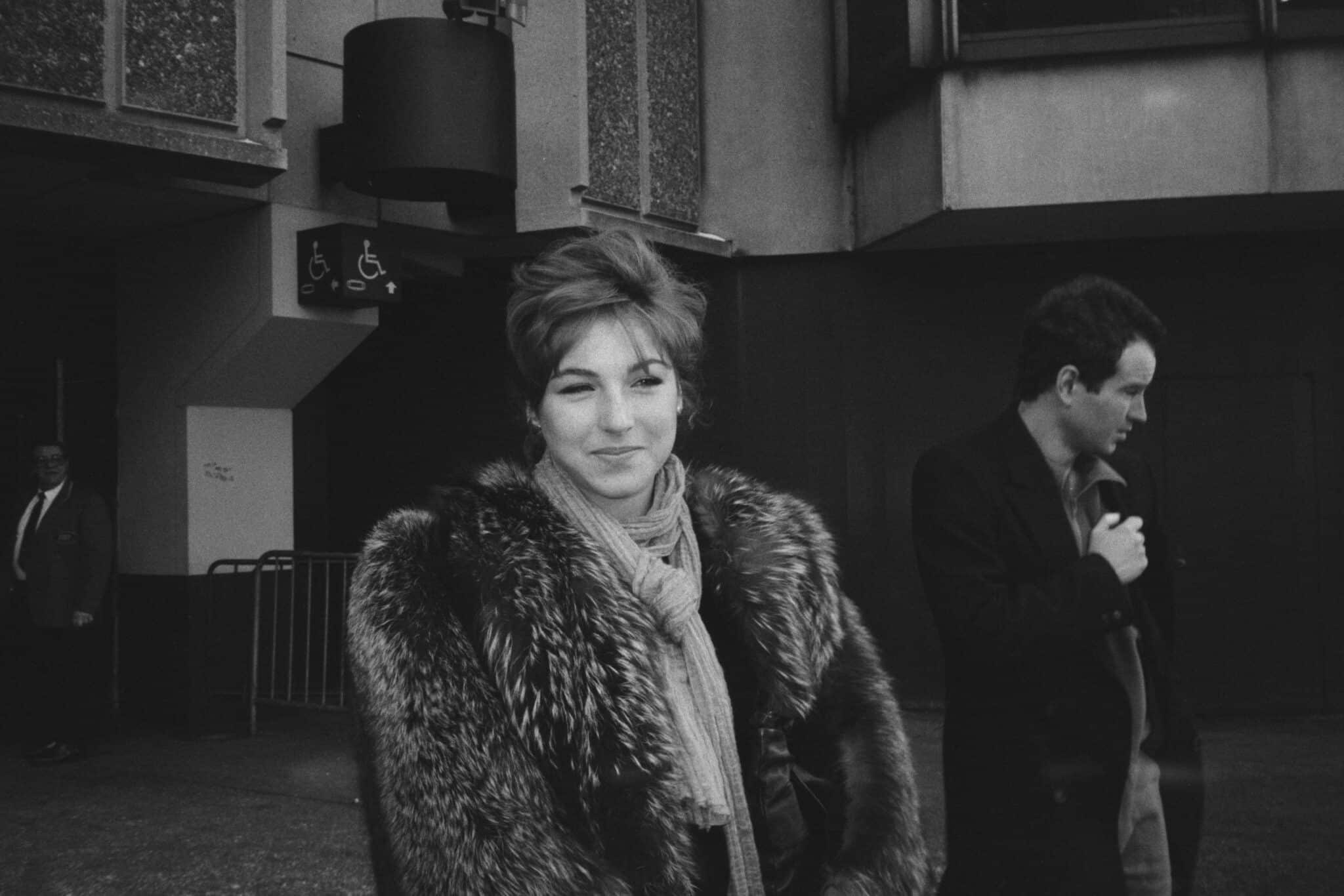 Unfortunately for the couple, the paparazzi followed them everywhere, which proved stressful for both of them. McEnroe reflects, “I remember thinking, ‘I’m going to fly under the radar’ with [O’Neal]. Like, who the hell are you kidding? The level of attention exploded! There was way more than I’d ever gotten with any person or anything.”

On May 23, 1986, O’Neal gave birth to their first child: Kevin McEnroe. In August of the same year, the pair wedded at St. Dominic’s Roman Catholic Church in Oyster Bay, Long Island, not far from the home of McEnroe’s parents. Fellow tennis player Peter Rennert was McEnroe’s best man. The wedding was officiated by Rev. Joseph Byrns, who commented afterwards, “You look in the eyes of people and you know they really meant what they were saying.”

As if to confirm what an iconic couple they had become, McEnroe and O’Neal were the subject of an Andy Warhol painting that same year. They went on to have two more children, Sean and Emily, in 1988 and 1991 respectively. Yet at the same time, neither of them was making as great in impact in their respective professions as they once had: O’Neal’s acting career was on indefinite hold, and McEnroe was struggling to make a comeback in tennis. 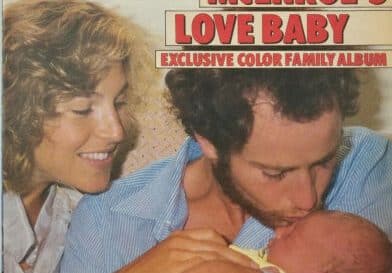 Following his break from tennis, 1987 became McEnroe’s first year as a professional in which he didn’t win a single title. According to O’Neal, this frustration saw the notoriously temepramental man become violent and abusive at home.

O’Neal later described McEnroe as a “cruel, cruel man” and a “sexual and physical bully” who would yell at her and their children. She also claimed he turned to steroids in order to boost his professional performance, which made his temper even worse. “He would take out all of his rage onto me,” she said.

McEnroe, however, paints a very different picture of their home life, claiming that he was suffering from burnout but trying his best. “It was like torture. I tried a lot of different things to get stronger, fitter… Things that I didn’t believe in, in a way. But I was willing to try anything and everything to figure out how to become a better person, father, husband.” He has described how O’Neal was in the grip of drug addiction, which had dominated her life ever since she was a teenager. 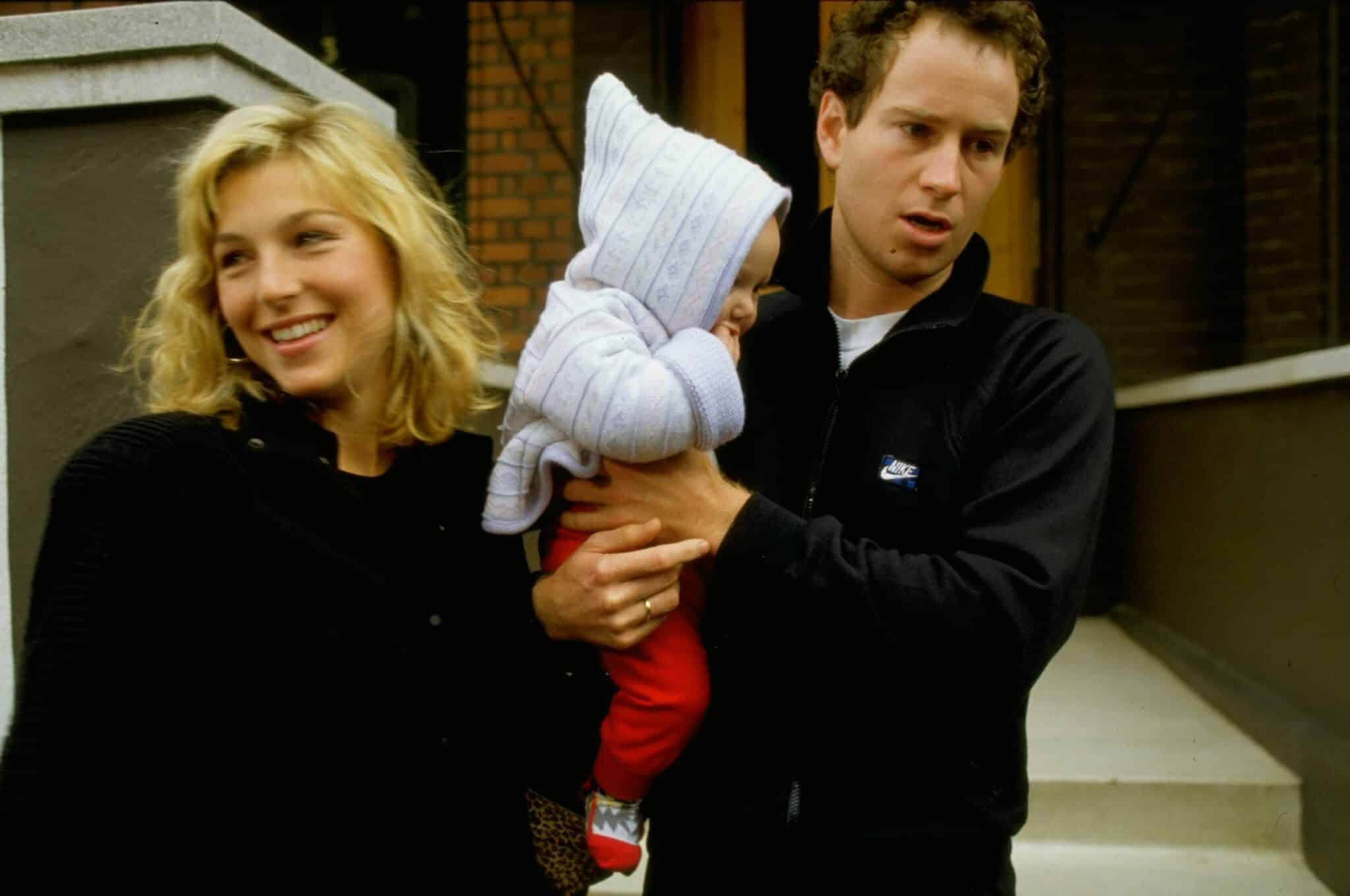 When the couple finally split in 1992, they likewise had very different accounts of the breakup. McEnroe claimed that he confronted O’Neal about her drug use and gave her an ultimatum: to solve her problems or move out of their Manhattan home. When she decided to leave, McEnroe says he “was shocked and devastated by how suddenly it had happened. I had never cried so much in my life.”

In stark contrast, O’Neal says she walked out on McEnroe after he kicked her down the stairs in a fit of rage. “I had never had a plan. I never thought, ‘oh, I’ve gotta leave this guy,’ but … I thought my little 5-year-old’s gonna open the door and see his mother on the floor, with this crazy man yelling over her.”

On top of the couple’s contrasting accounts, their son Kevin also tells an entirely different story. “My mother met this younger guy, a musician, and started doing heroin. There was one year when she gave up on us kids and went to LA leaving us in New York with Dad. The next time I saw her she weighed less than six stone.” 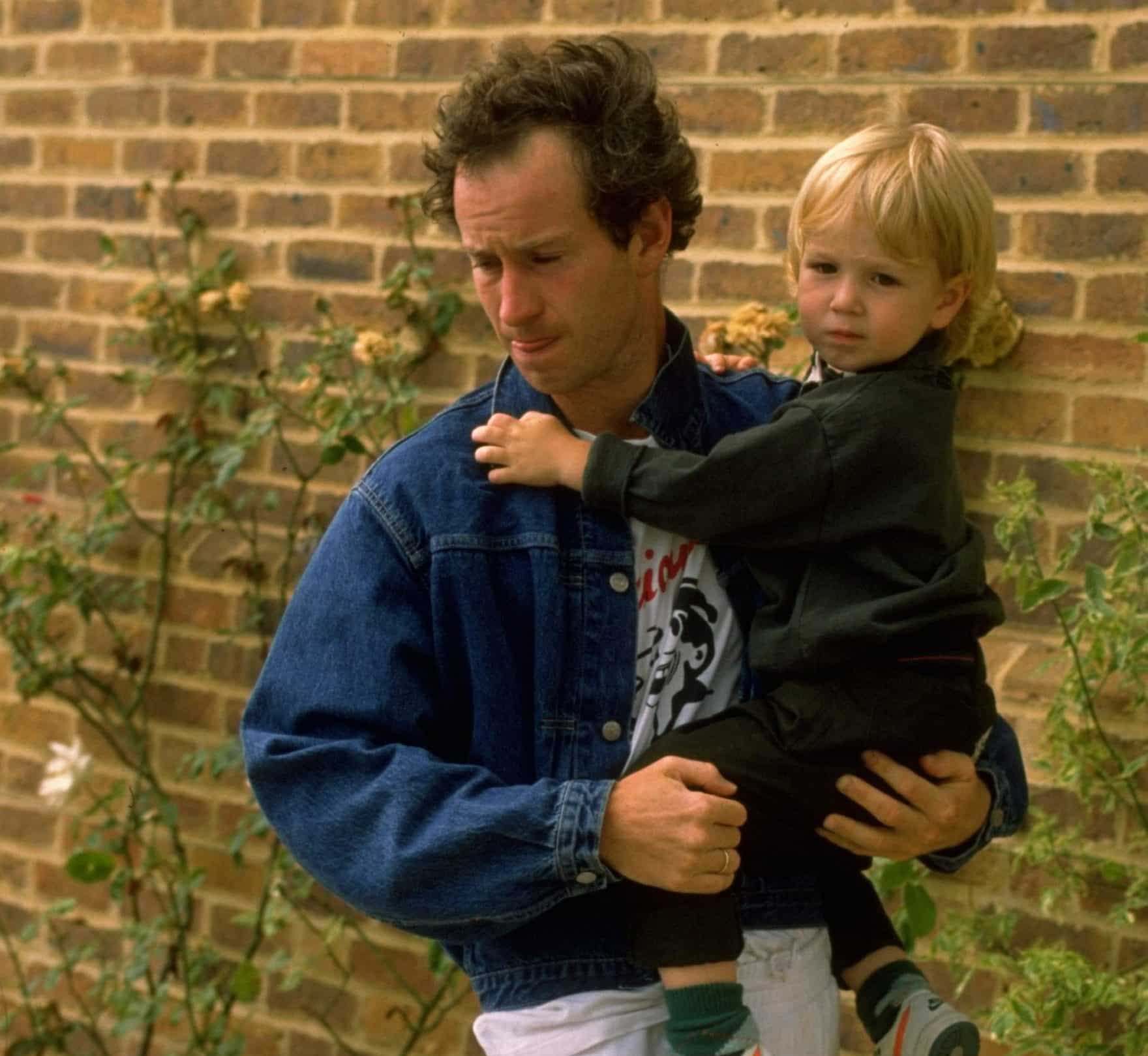 Their divorce was finalised in 1994. At first, O’Neal was awarded primary care of their children in a joint custody agreement. In 1997, O’Neal’s mother Joanna Moore died from lung cancer as O’Neal cared for her.

In 1998, Tatum O’Neal lost a refreshed custody battle for their three children due to her drug addiction issues. McEnroe became their main caregiver, working with his new wife, the singer Patty Smyth, to care for his three children from his previous marriage, as well as two daughters with Symth, Anna and Ava (born in 1995 and 1999).

McEnroe was overwhelmed by his new responsibilities. “I don’t think I ever got to that falling-apart stage, but I was having a hard time functioning,” he later said. ” For that first six months, it was like, just get the kids in school, or make sure that I’m there for them. But at one point, someone told me, ‘They’re seeing you with tears and crying and that’s not good for your kids.’ So I had to get my s*** together.” 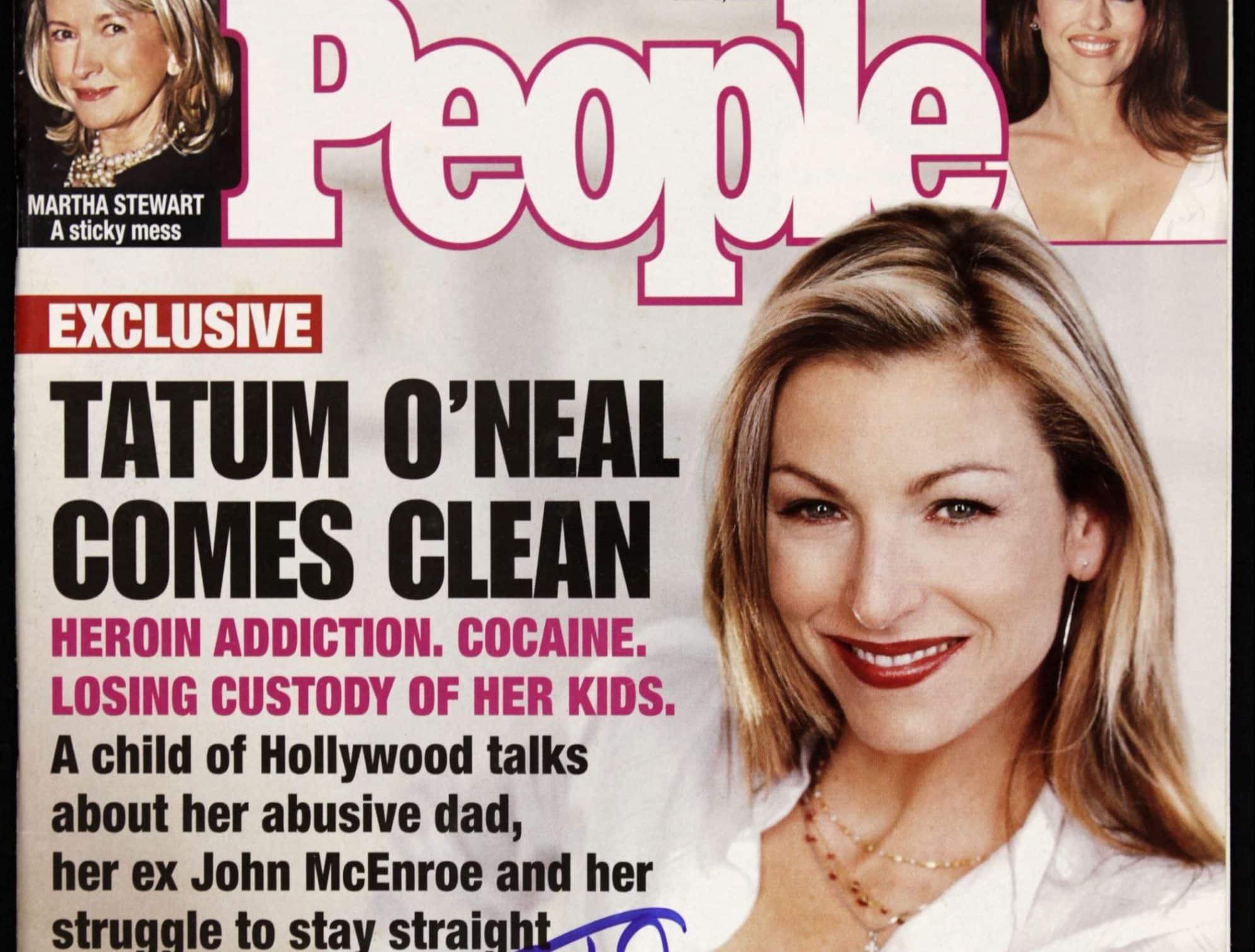 O’Neal has since connected her personal struggles to childhood trauma and parental neglect. “There’s no good parenting if you’re under the influence of drugs,” she said in a 2015 interview with the New York Times. “… I hated the way I felt inside. I had this exterior life in Hollywood that looked great. Little girls wanted to be me, boys wanted to date me… [But] all I wanted was my mom, and she wasn’t there.

“So when I finally met John and that didn’t work out, I had such a hole in my gut. I didn’t know what to fill it with. It was so empty. I kept filling it with heroin, then stopping, then going back. But I got clean. And I did two years of urine-testing, and I did get my kids back, damn it!”

The road to sobriety was not straightforward. In June 2008, O’Neal was arrested for purchasing drugs in Manhattan and one month later, she pleaded guilty to disorderly conduct during her arrest. She agreed to attend two sessions at a drug rehabilitation centre. 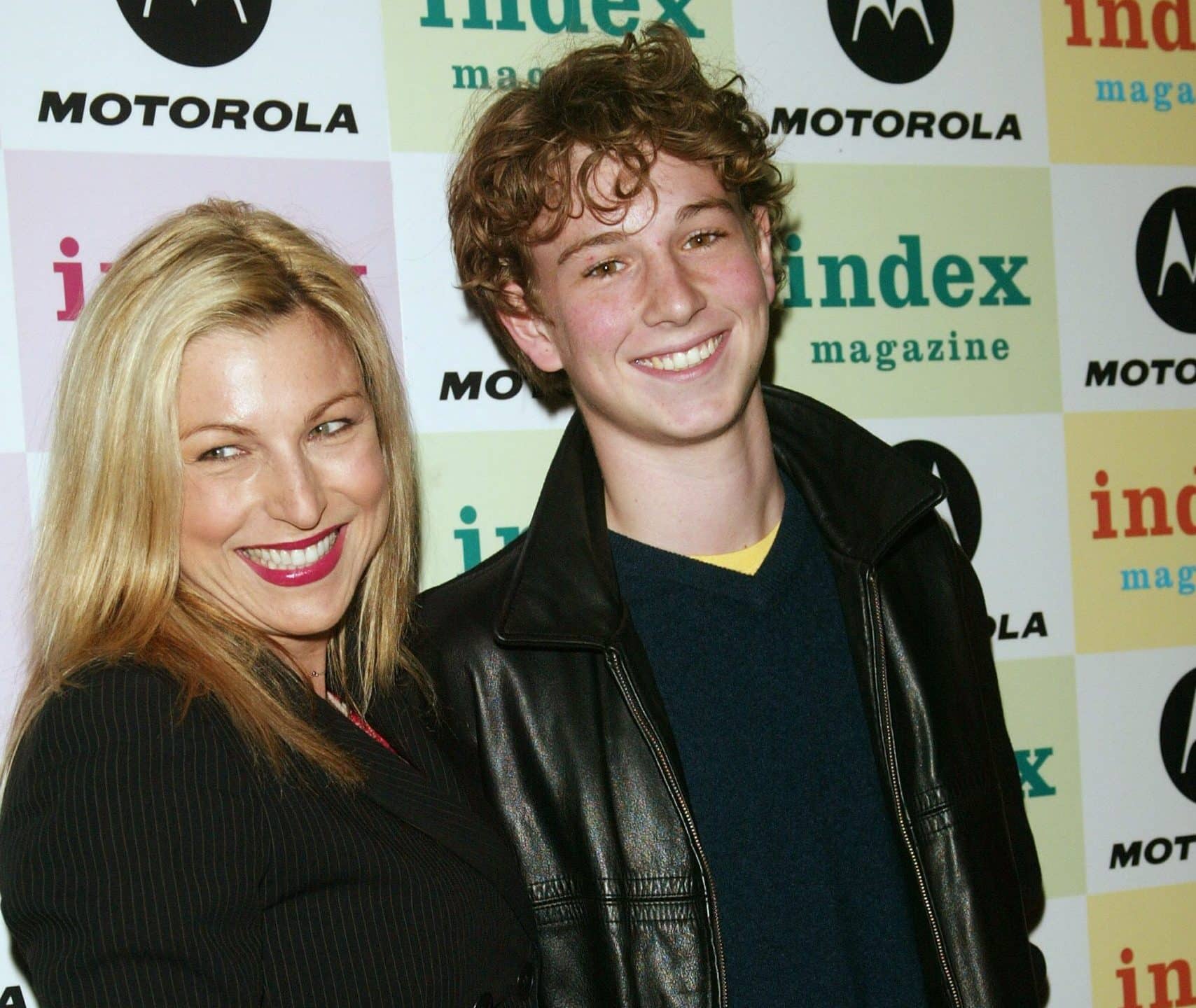 Her son Kevin experienced a similar fate. Forced into hated therapy sessions during his parents’ divorce, he began using drugs at the age of 11. After a stint in jail over prescription pills, Kevin McEnroe got clean and has built a very close relationship with his mother.

In 2011, she reconciled with her father Ryan, spawning a short-lived reality TV show named Ryan and Tatum: The O’Neals. Tatum O’Neal never remarried, and in 2015 she announced that she is dating “mostly women.” When asked about her sexuality, she replied: “I’m not one or the other.”

O’Neal still acts, although her roles are limited and tend to be low-profile. She has clocked up only 22 screen credits since 2002, including appearances on TV’s Sex and the City, Law & Order and Criminal Minds, and small roles in such films as The Runaways and This is 40. 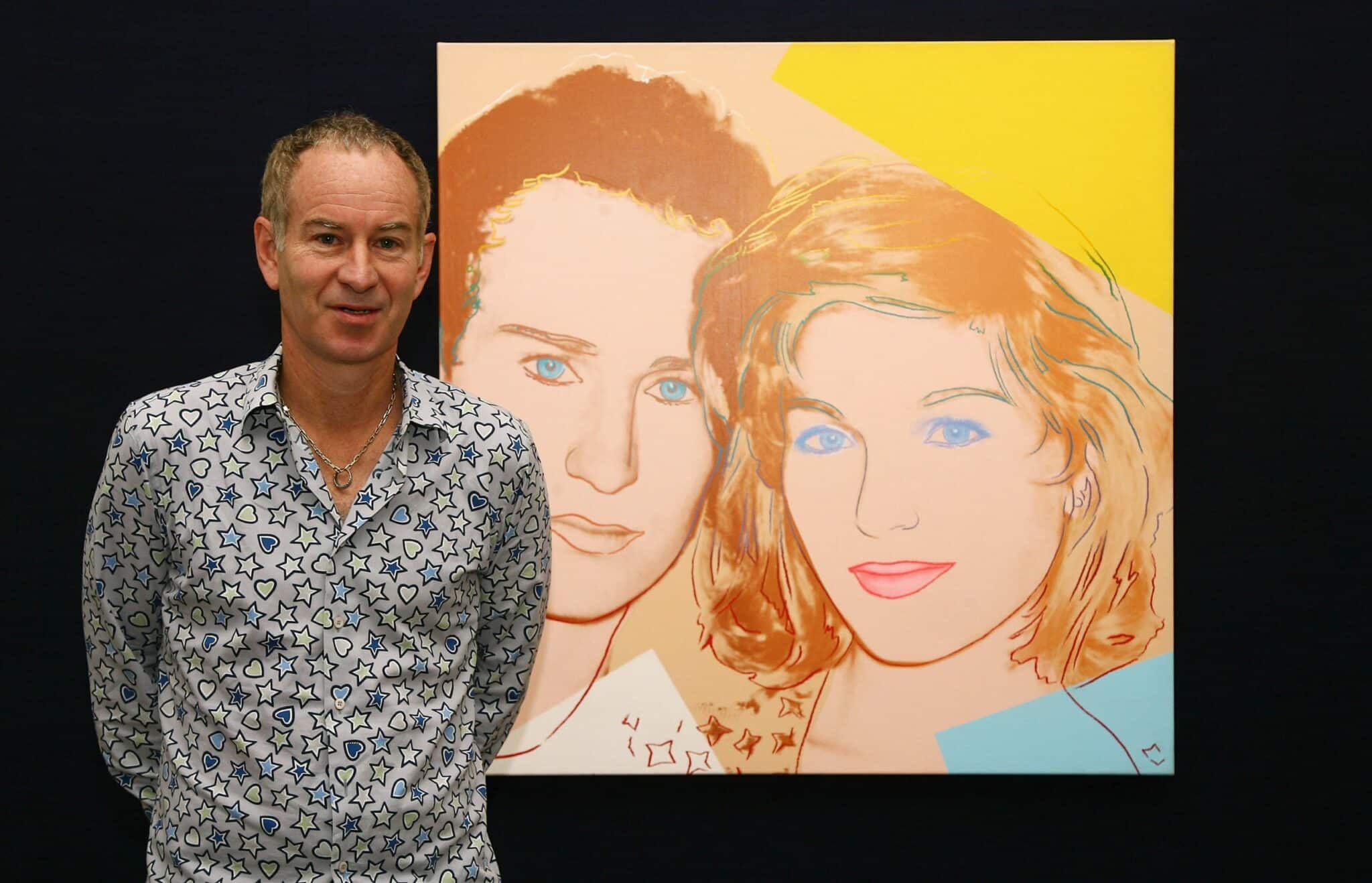 After the divorce and custody battle, McEnroe spent a while working a musician, forming The Johnny Smyth Band (taking his name from wife Patty Smyth, who he remains with today). He is also highly sought-after tennis commentator, although true to his old bad boy ways, his words about the sport and its players are still controversial at times.

The recent trial between Amber Heard and Johnny Depp has given this star food for thought. “The ultimate nightmare to me would be what we just watched with Johnny Depp and Amber Heard,” he has reflected on his 90s tabloid notoriety. “This public trial? Thank God that didn’t happen. That would be beyond belief. To each his own, I’m not here to pass judgment, but I’m like, ‘Wow, I’m glad I missed that.”‘