It may seem strange to admit to being attracted to an animated character, but we’re talking about a time when we were young, innocent and perhaps slightly hormonal, so we trust you will forgive us (and maybe even agree with us) when we make our cartoon based confessions below. Below are eight female cartoon characters that we admit to secretly having a crush on when we were growing up. 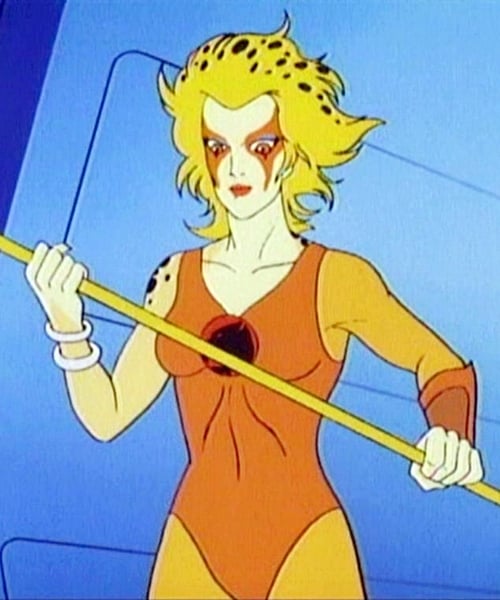 ThunderCats was one of the very greatest 80s cartoons, and she may have been a furry feline, but please don’t pretend for one second that you weren’t at least a little bit attracted to the pole vaulting female of the group, Cheetara.

The attraction you felt won’t have been helped by the first episode of the show, because until they were given clothes to wear, the ThunderCats (including the generously proportioned Cheetara), were completely nude! 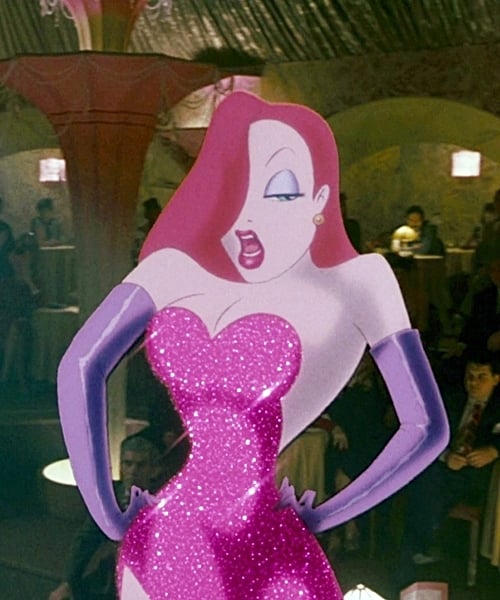 Who Framed Roger Rabbit was one film that our whole family loved to enjoy together, meaning that we have many happy memories of watching it. But that’s not the only reason it’s one of our favourite childhood films, because we may also have had a slight crush on beautiful femme fatale Jessica Rabbit.

Legend tells us that the film features a scene where you can see more of Jessica than you should, but if that was once the case, we’re sure that the naughtiness has been fixed by animators in subsequent releases. 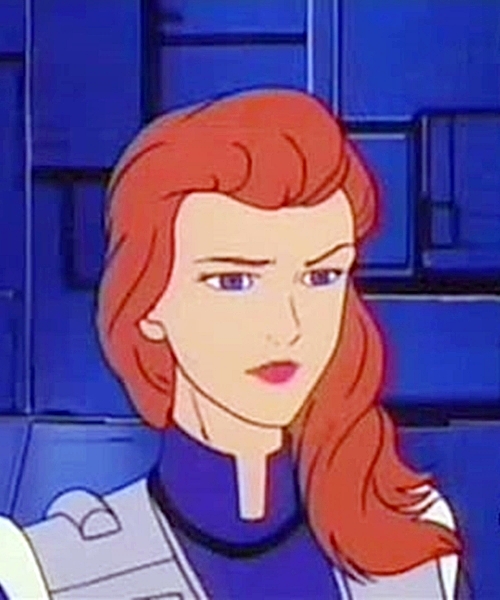 The Centurions was a really fun action-packed 80s animated series, featuring a team of men who dressed up in funny suits that allowed them to connect with and use different weapons.

The Centurions’ base was a space station called Sky Vault, whose very good-looking operator Crystal Kane kept in touch with the men at all times, and delivered their different weapon systems when required. 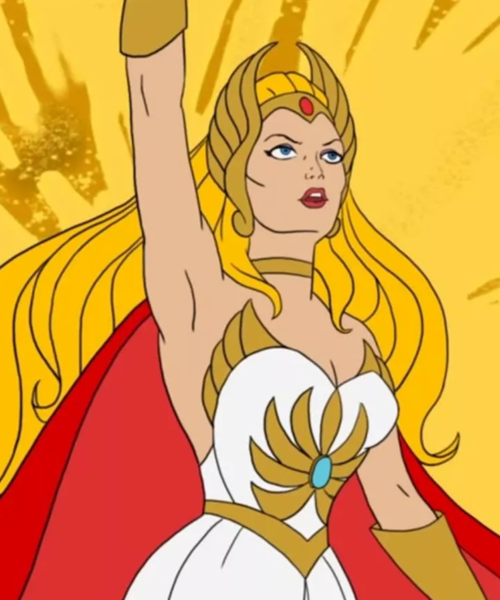 The legendary She-Ra definitely appealed to both sexes, and we remember being as interested in her as we were in her muscle-bound twin brother He-Man.

Looking back, that interest may have had something to do with the fact that She-Ra was absolutely gorgeous, and that combined with the amazing adventures she went on meant that it was a show we made sure never to miss.

4. Jem (Jem and the Holograms) 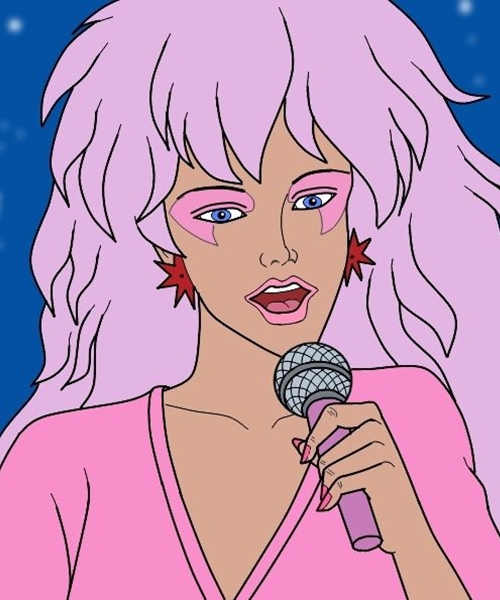 Jem was another animated show that, despite being primarily aimed at girls, definitely appealed to many of us 80s boys as well. And once again, perhaps that had something to do with the fact that the lovely Jem was rather attractive.

Jem’s band The Holograms had two rival bands who also had very lovely looking lead singers. We particularly remember Pizzazz from The Misfits, who despite being a bit of a bad girl, was also rather alluring. 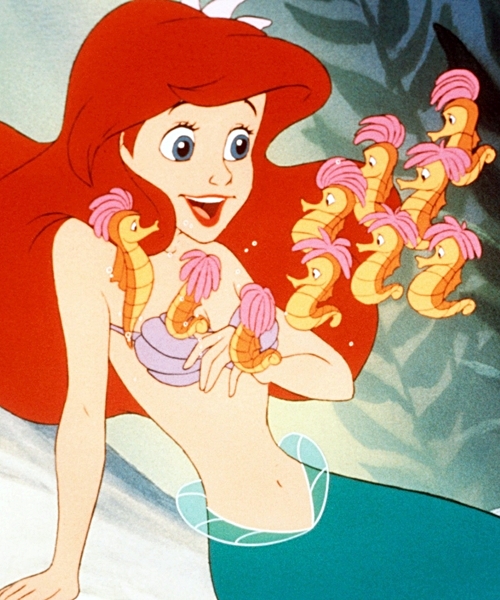 OK, so she might have been half fish, but we’re sure you can forgive us, as Ariel the Little Mermaid had lovely wide eyes and the most gorgeous red flowing locks.

We do have to admit to being slightly jealous when Ariel hooked up with Prince Eric, the human prince Ariel saves who is then determined to find and marry her. 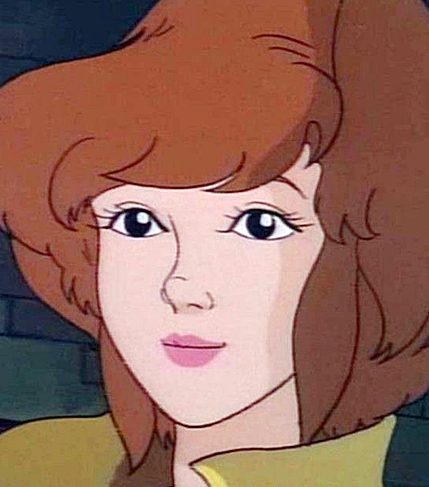 The rather pretty April O’Neil was originally a scientist working at a laboratory, and despite being a very professional and strong woman, also had a bit of a soft side that we remember finding rather attractive.

We remember at least one episode where the Ninja Turtles were very clear about their affections for April, and if we recall correctly, the way they expressed these feelings was much too lewd for a children’s cartoon, and probably wouldn’t be allowed today! 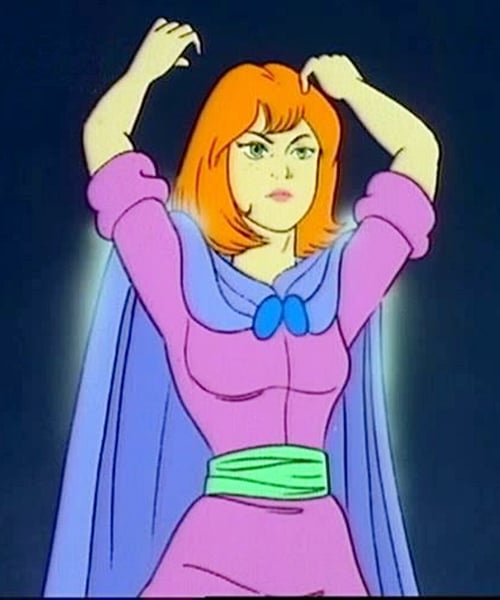 There were eight main protagonists in the brilliant but scary 80s cartoon Dungeons and Dragons, with the other seven being Hank the Ranger, Diana the Acrobat, Eric the Cavalier, Presto the Magician, Bobby the Barbarian, Uni the Unicorn and Dungeon Master.

But it was Sheila the Thief that we had a bit of a soft spot for, a crush which helped take our mind off the horrific wizard Venger, his winged horse, and his continually destructive plans.