We recently took some time to remember films from the 1980s that are so bad they’re actually good, and whilst we love to talk more about the likes of Howard the Duck, Teen Wolf or Xanadu, there is one film from the list that we simply had to revisit in greater detail.

Arriving from down under in 1983 and starring an actress who would go on to become a Hollywood A-lister – as well as the wife of the most popular actor on the planet – BMX Bandits may as well be the dictionary definition of the phrase ‘guilty pleasure.’

Telling the story of a trio of teenagers who use their peddling skills and massive, retro walkie-talkies to thwart a criminal gang’s nefarious plans, BMX Bandits delivered on its promise to give us a ‘high flying ride to adventure.’ Below are 10 facts about this fast, funny Aussie classic.

10. Its main characters were originally going to be nine years old 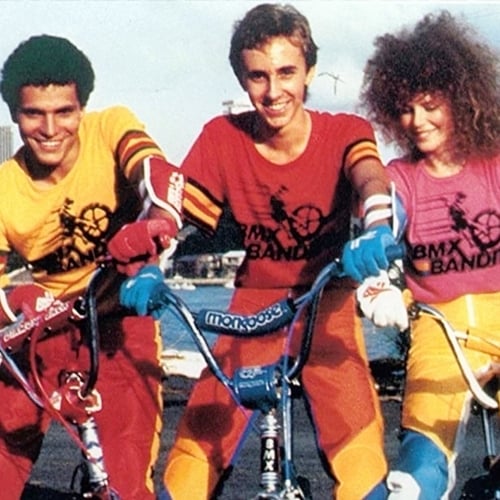 In the early stages of its conception, BMX Bandits was going to follow a group of nine-year-old characters.

It was only after the project changed hands and underwent a script rewrite that it became a story about a trio of teenagers, with the filmmakers hoping to capture more of a thrillseeking audience – and one that could and would own BMX bikes!

9. It was almost given the title Water Rats 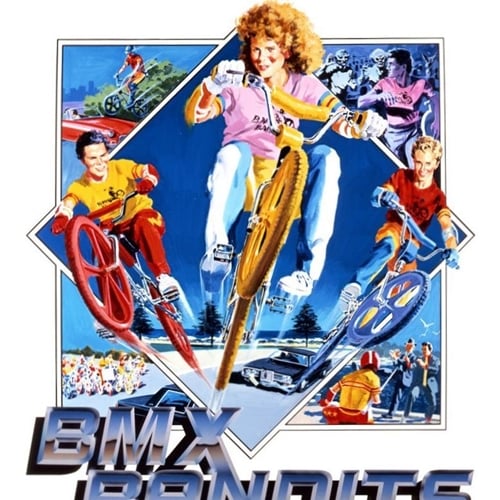 It wasn’t just the main characters’ ages that changed when the film was rewritten by Patrick Edgeworth, because the first draft of Russell Hagg’s screenplay also had a completely different title.

Hagg envisioned the film being called Water Rats, a title that would eventually be used by an Australian police procedural television show more than a decade later.

8. It was inspired by classic British comedy films 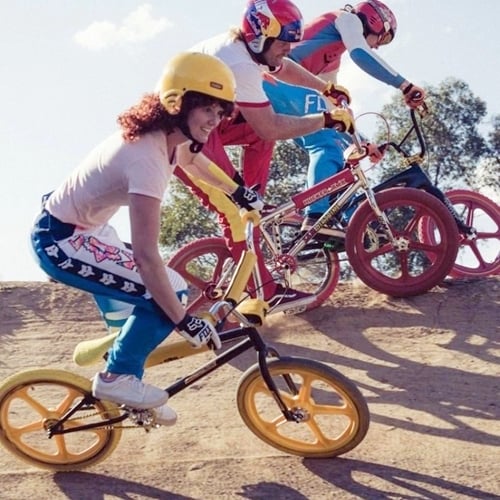 BMX Bandits’ director Brian Trenchard-Smith has revealed that he took inspiration from classic British comedy films, saying “I wanted to capture the spirit of the Ealing comedies and British films of the 50s and 60s that were clearly aimed at children and delivered action and fun in a largely cartoonish way.”

“The crooks clearly want to or intend to kill the children at some point, so how do you disguise that and make that palatable to an audience of kids and parents?” Trenchard-Smith has been quoted as saying, continuing “You make the crooks buffoonish, the gang that couldn’t shoot straight, so that takes the curse off the underlying purpose.”

7. Nicole Kidman’s stunt double was an adult male in a wig 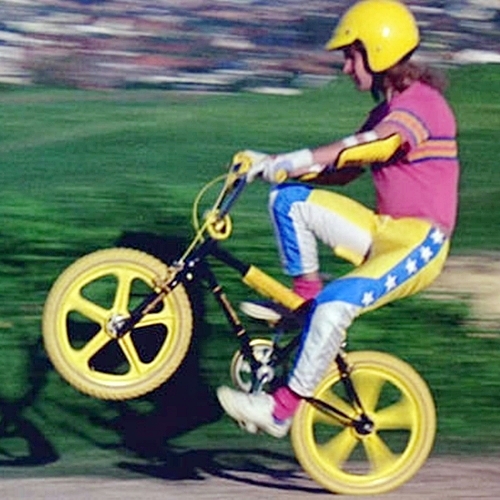 If you look closely during some of the film’s bike riding sequences, you may be able to spot that Kidman’s double is actually an adult male wearing a rather unconvincing wig!

6. It was released as Short Wave in the United States 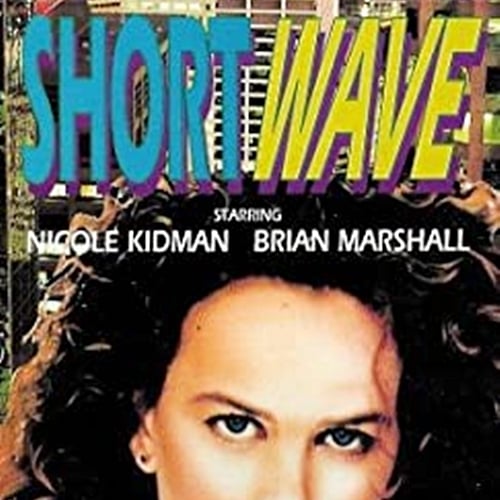 Whilst we can’t cope with it being called anything other than BMX Bandits, the film was given the title Short Wave for its release in the United States, referring to the cache of walkie-talkies that the friends discover.

This name change was despite the fact that BMX – an abbreviation of bike or bicycle motocross – actually originated in 1970s Southern California when young people started racing their bikes on local dirt tracks.

5. Nicole Kidman sprained her ankle during the shoot 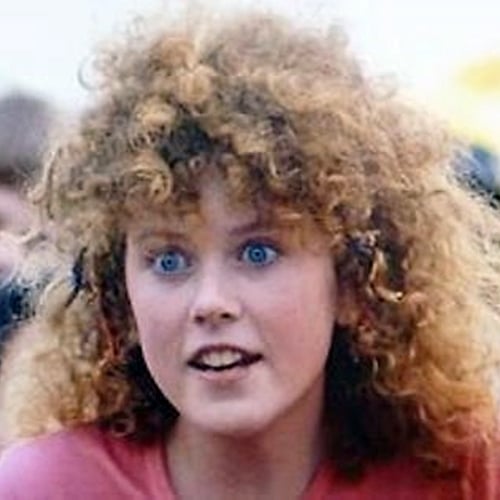 Nicole Kidman had to learn how to ride a BMX when preparing to star in the film, but this didn’t stop her from picking up an injury during the shoot.

Kidman sprained her ankle shooting the scene where her character jumps into an open grave.

4. The bikes in the water park scene were made from plastic 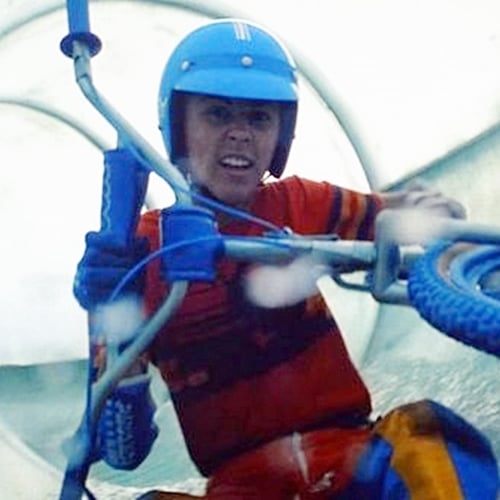 Remember the scene in which the friends ride their bikes down water slides in what appears to be a ridiculously dangerous stunt?

Things weren’t quite as death-defying as they appear on screen, as not only did the bikes used in the scene not have any pedals, but they were also made from PVC plastic.

3. It performed surprisingly well at the box office 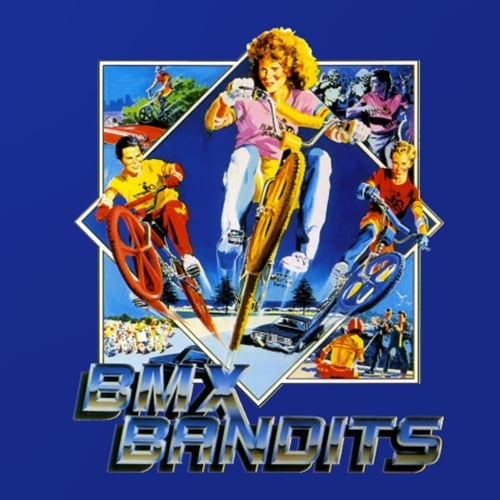 Perhaps surprisingly for a low-budget film from Australia, BMX Bandits performed admirably at the box office.

On the film’s Blu-Ray director’s commentary, Brian Trenchard-Smith revealed that it made over a million dollars during its first month and a half on release, and also that it was the 5th highest-grossing film of 1983 in the UK.

2. Reviewers predicted that Nicole Kidman would become a big star 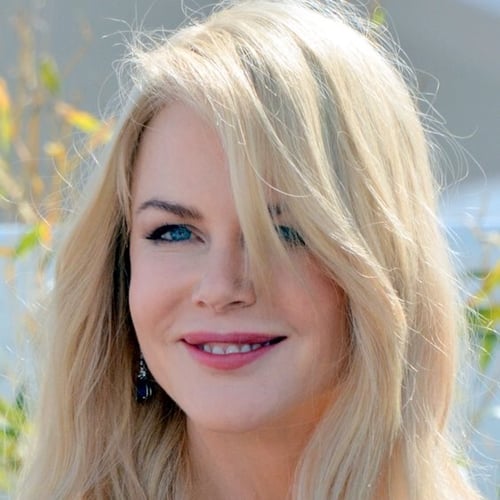 It would be six years before Nicole Kidman would star in the Australian film Dead Calm, a breakthrough role that very quickly saw her move to Hollywood and land plum roles in the likes of Days of Thunder and Far and Away.

But some reviews of BMX Bandits did predict that Kidman would become a big star, with The Guardian in the UK writing that “there’s a girl called Nicole Kidman who’s rather good.”

1. One of Kurt Cobain’s favourite bands was named after it 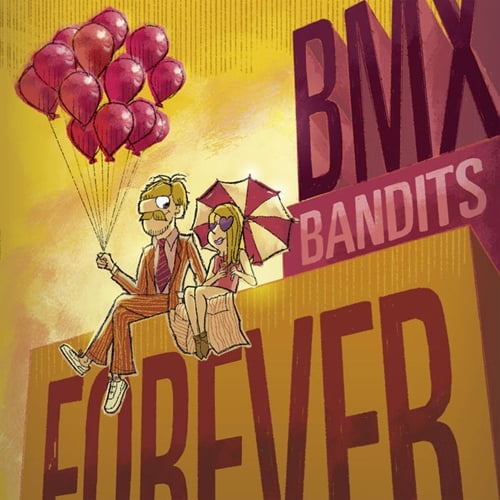 The Scottish indie group BMX Bandits, who have shared band members with fellow Scottish rockers Teenage Fanclub and The Soup Dragons, are named after the film.

The band was a big favourite of the late Nirvana frontman Kurt Cobain, who was once quoted as saying “if I could be in any other band it would be BMX Bandits.”