Fascinating Futuristic Facts About Back to the Future Part II

In plenty of film trilogies, one weak entry undoes all of the good work done by the other two. Consider, for example, the let-down of Alien III after Alien and Aliens!

While it’s commonly held that second and third entries in the Back to the Future franchise don’t quite match up to the first, they certainly didn’t let us down.

We’ve already provided you with some fabulous facts about Back to the Future, so now the adventures continues. Where we’re going, we don’t need roads – just hoverboards, please!

5. It was filmed back-to-back with Part III 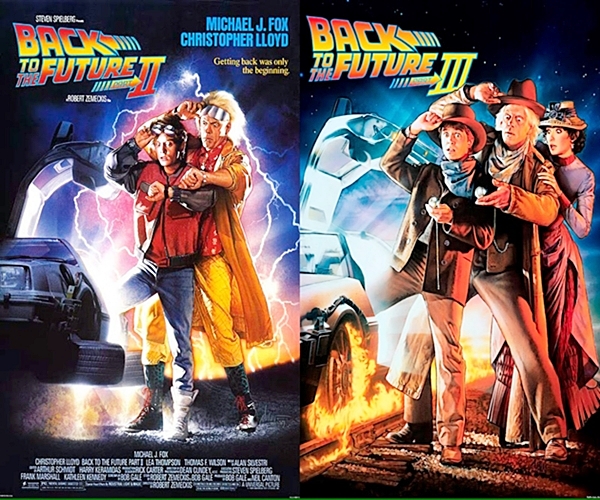 Back to the Future Part II had a budget of $40 million and went on to make an impressive $336 million at the box office, making it the third-highest-grossing film of 1989.

Initially, there were no plans for a sequel to the original Back to the Future, but its massive success meant that plans were swiftly made for two further films, which it was decided would be filmed back-to-back. 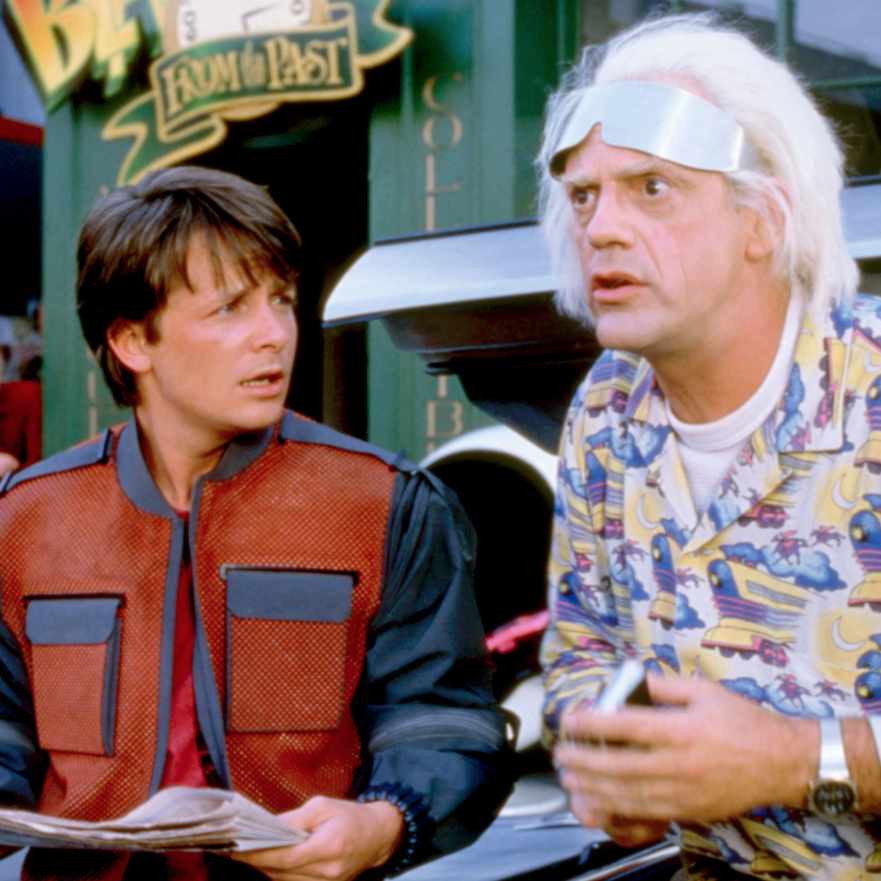 The appetite for sequels had been brewing for some time: production of the latter instalments was delayed due to Robert Zemeckis being tied up with 1988’s Who Framed Roger Rabbit.

The two sequels had originally been intended to be a single movie, comprising both the time paradox storyline and the Western adventure, but it soon became apparent that there was too much material for one film. 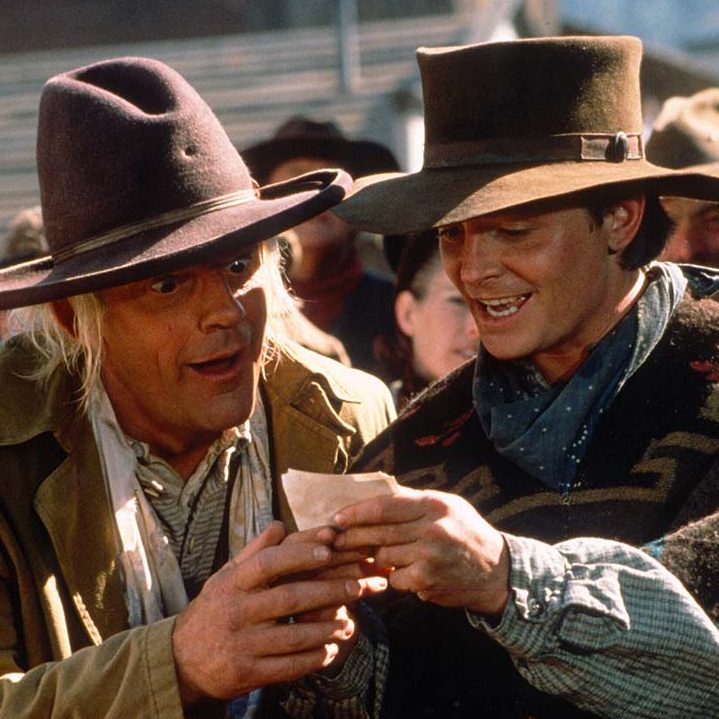 As a result, to keep continuity straight between the movies, they were filmed back-to-back in a back-breaking eleven-month stretch of photography: by the time Part II was sent to the editors’ studio, Part III was already on-set.

Zemeckis and Gale had intended Part II to be the explicit foundation for Part III, but Warner Bros wanted to market the film as something closer to a standalone item. This made for some discontented audiences when the conflicts of Part II, such as Doc’s disappearance, were left unresolved.

4. Claudia Wells had to be replaced after she dropped out to care for her mother 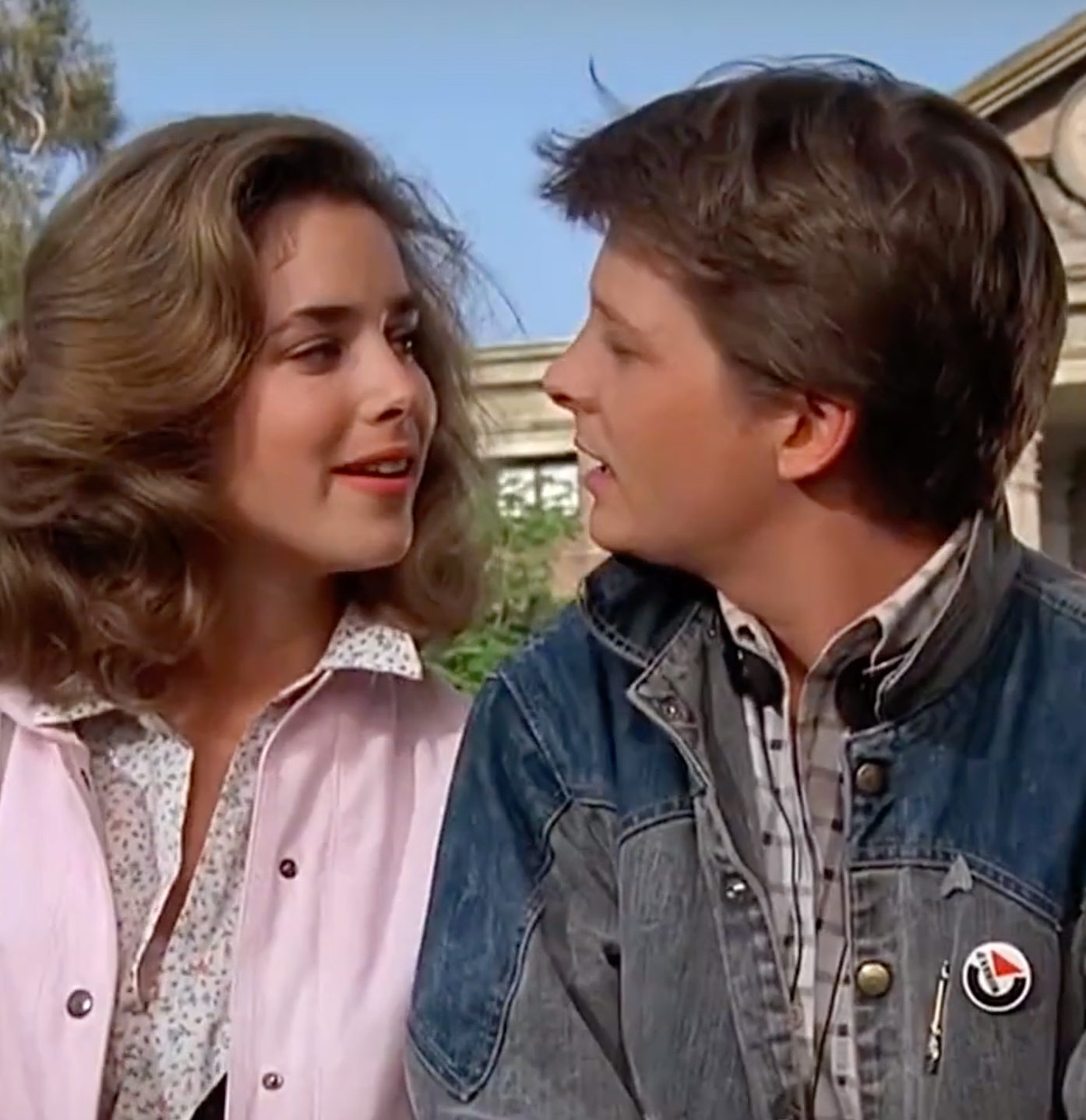 Claudia Wells played Jennifer Parker in the original Back to the Future, but had to pull out of appearing in Part II after her mother was diagnosed with cancer.

Elizabeth Shue was cast in the role instead and even re-shot the final scene of the first film, so it could be ‘replayed’ at the beginning of the second. The previous year, Shue had starred in Tom Cruise’s bartending flick Cocktail, and in 1995 would be Oscar-nominated for her performance alongside Nicolas Cage in Leaving Las Vegas. 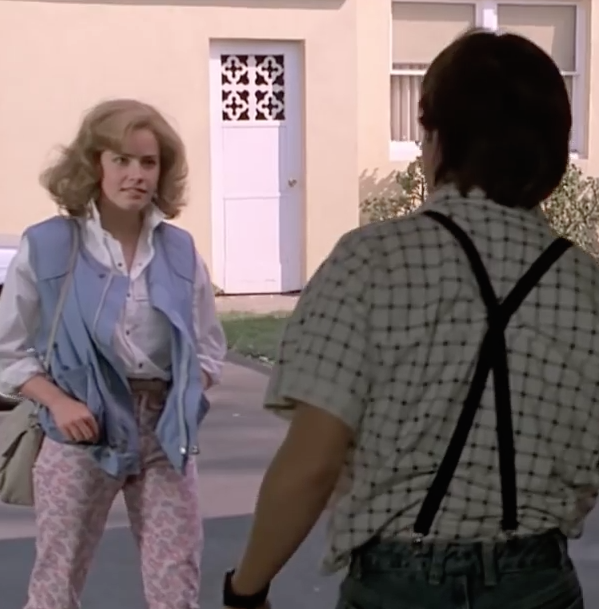 Shue has since revealed that Back to the Future Part II was one of her favourite-ever projects, and she gladly reprised her role for Part III. 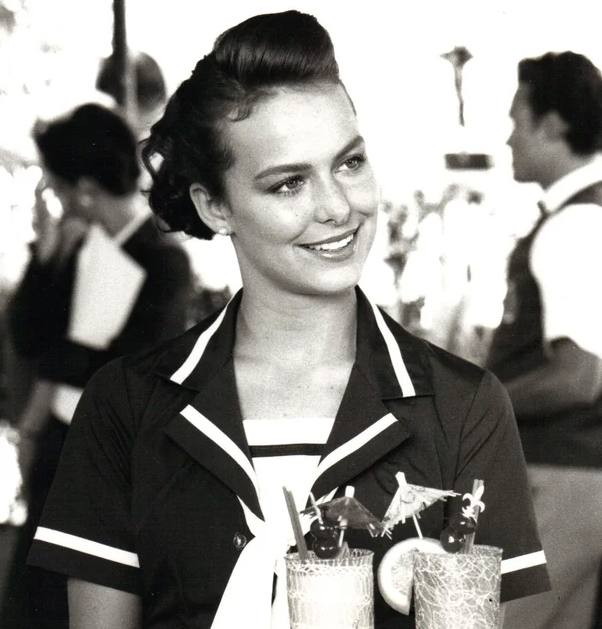 However, Wells wasn’t the first to play Jennifer Parker. When Eric Stoltz was still in the role of Marty, Melora Hardin – who’d later be known for The Office – starred opposite him. However, when Michael J Fox took over, the love interest role was also rebooted.

For most franchises, recasting the love interest would be tough to pull off, but Zemeckis and Gale didn’t much care for Jennifer anyway. In fact, in DVD commentary they reveal they regret putting Jennifer in the DeLorean at the end of the first film. True enough, she’s abandoned soon after Doc and Marty arrive in the future. 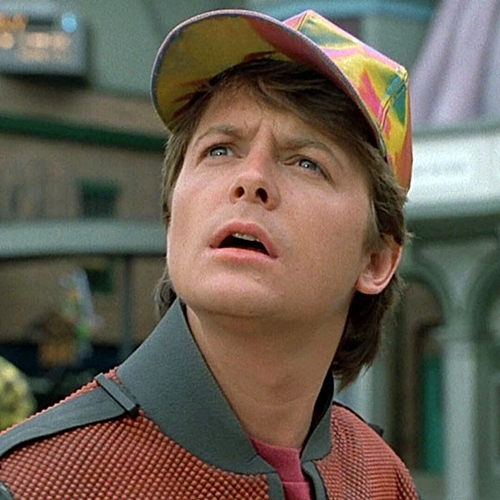 A version of Part II’s script saw Marty travel back to the year 1967, where he is arrested for not having a Vietnam War draft card.

This early draft was written exclusively by Bob Gale, as Robert Zemeckis was busy with Who Framed Roger Rabbit. In the mooted story, George and Lorraine McFly, having successfully paired off at the high school dance, grow up to become hippies in the anti-war counterculture craze. 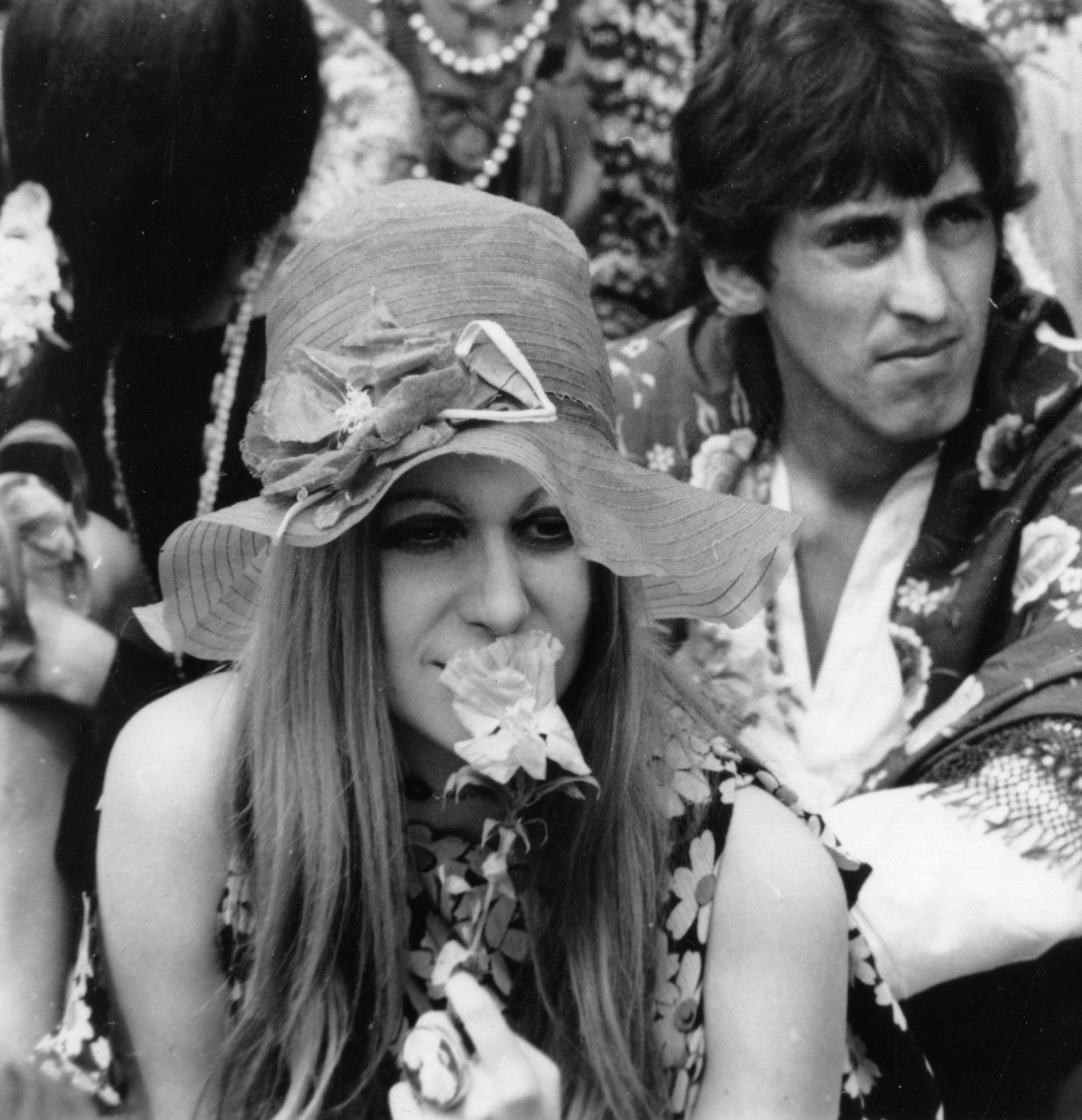 However, when Zemeckis returned from Roger Rabbit, he had a number of issues with Gale’s effort. For one thing, if George and Lorraine had graduated high school in 1955, they’d probably be too old to be hippies in 1967.

The killing blow to the concept, however, was that the idea of Marty going back in time to fix his parents’ mistakes was much too similar to the first film. Instead, Zemeckis thought traveling to the future would be more fruitful. 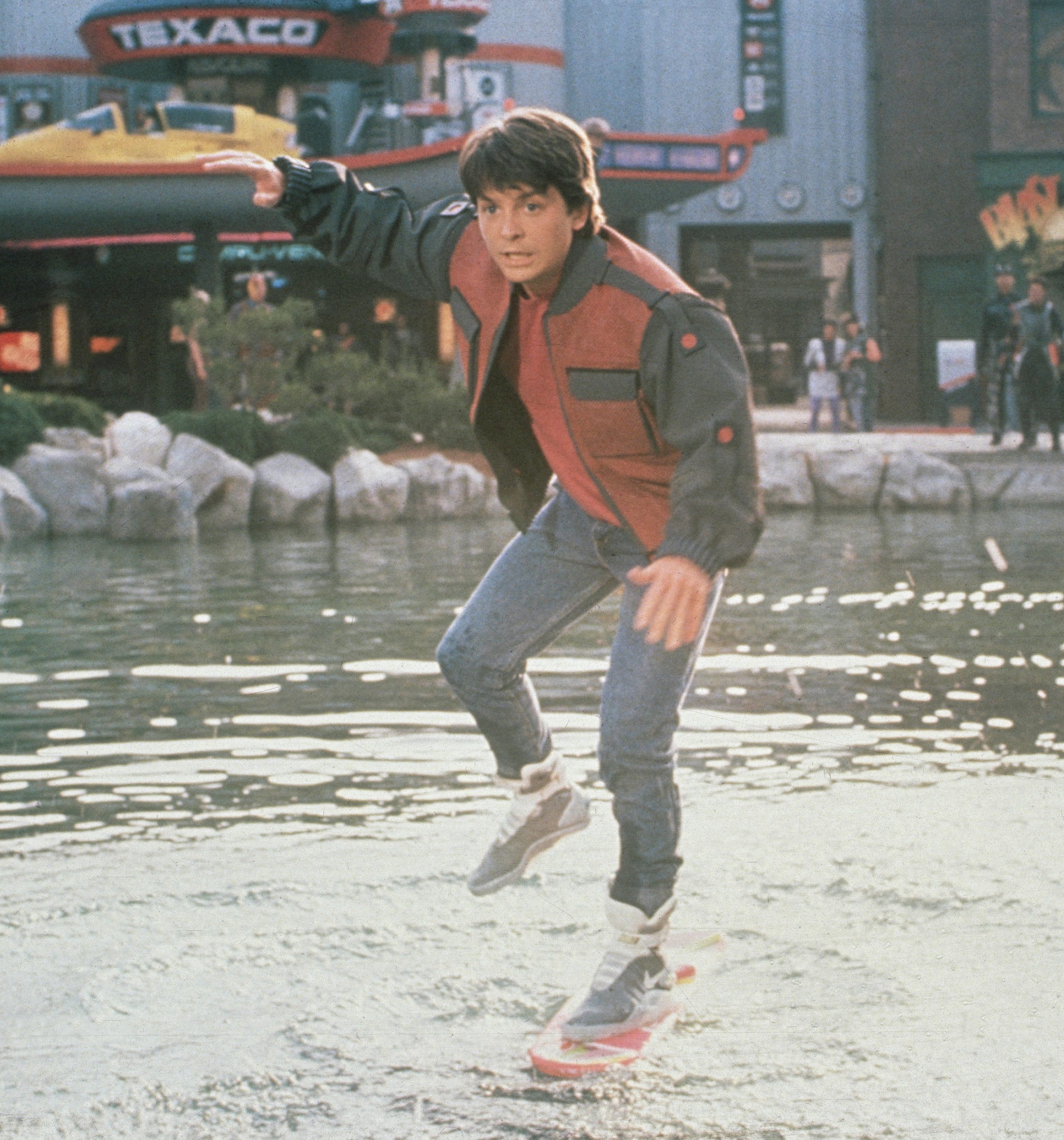 In particular, Zemeckis was keen to explore the idea of time paradoxes. Hence, the working title for Part II (at that time also incorporating elements of what would become Part III) was Paradox.

In fact, on some behind-the-scenes footage, you can see ‘Paradox’ on the slate before takes.

2. It features Elijah Wood in his very first film role 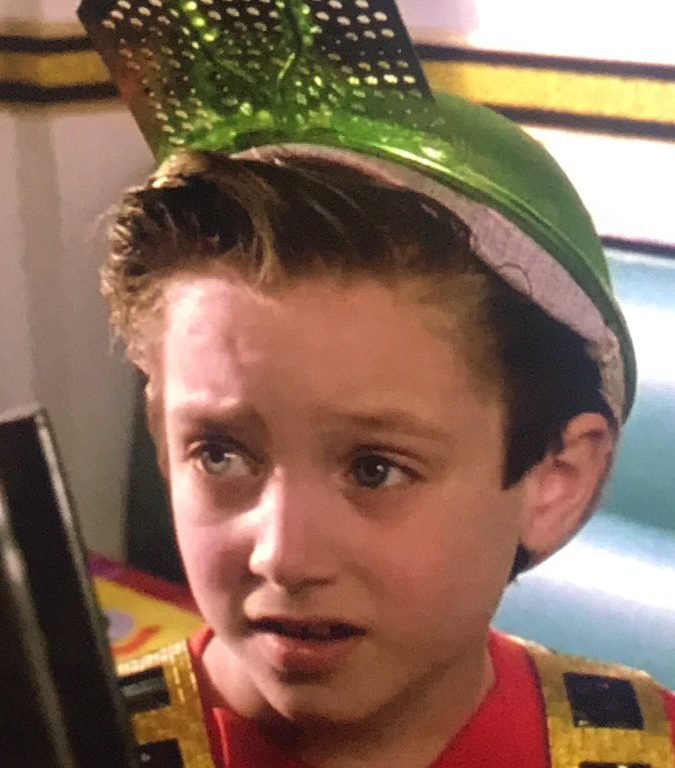 It’s no secret that Back to the Future is full of famous stars. In fact, Crispin Glover would go on to star as the Thin Man in the first Charlie’s Angels movie! But did you spot a young Elijah Wood in the world of 2015?

Wood’s role, as an awed child by the arcade cabinet, was actually his film debut, more than a decade before he’d make his indelible mark on cinema history as Frodo Baggins. 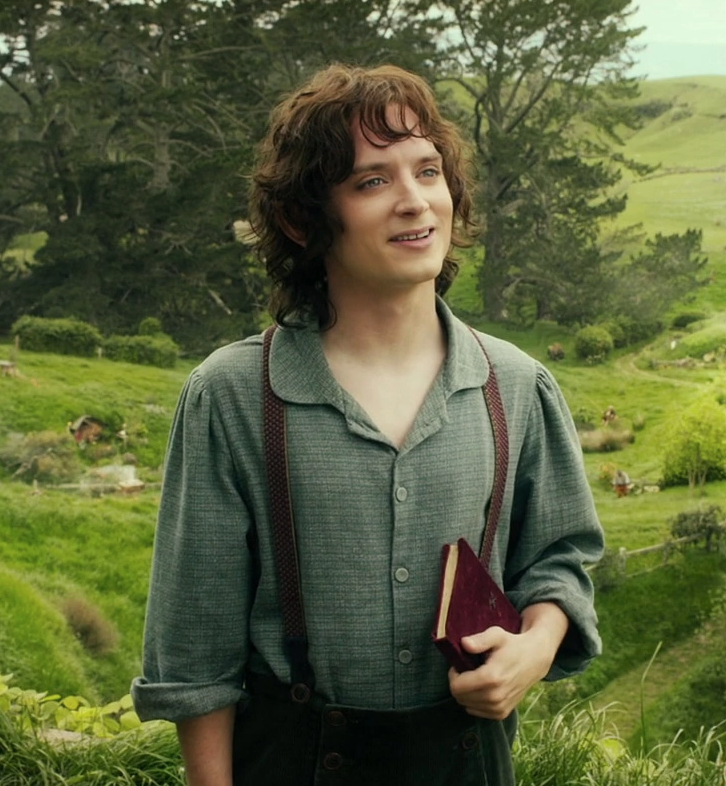 Speaking in a radio interview ahead of 2015’s ‘Back to the Future Day’ – commemorating the date on which Doc and Marty arrive in the future – Wood noted that few of the film’s supposed advances had caught on.

Not least of which, Wood drily remarks, is “wearing colanders as hats,” perhaps the most memorable part of his blink-and-you’ll-miss it turn as Video Game Boy. 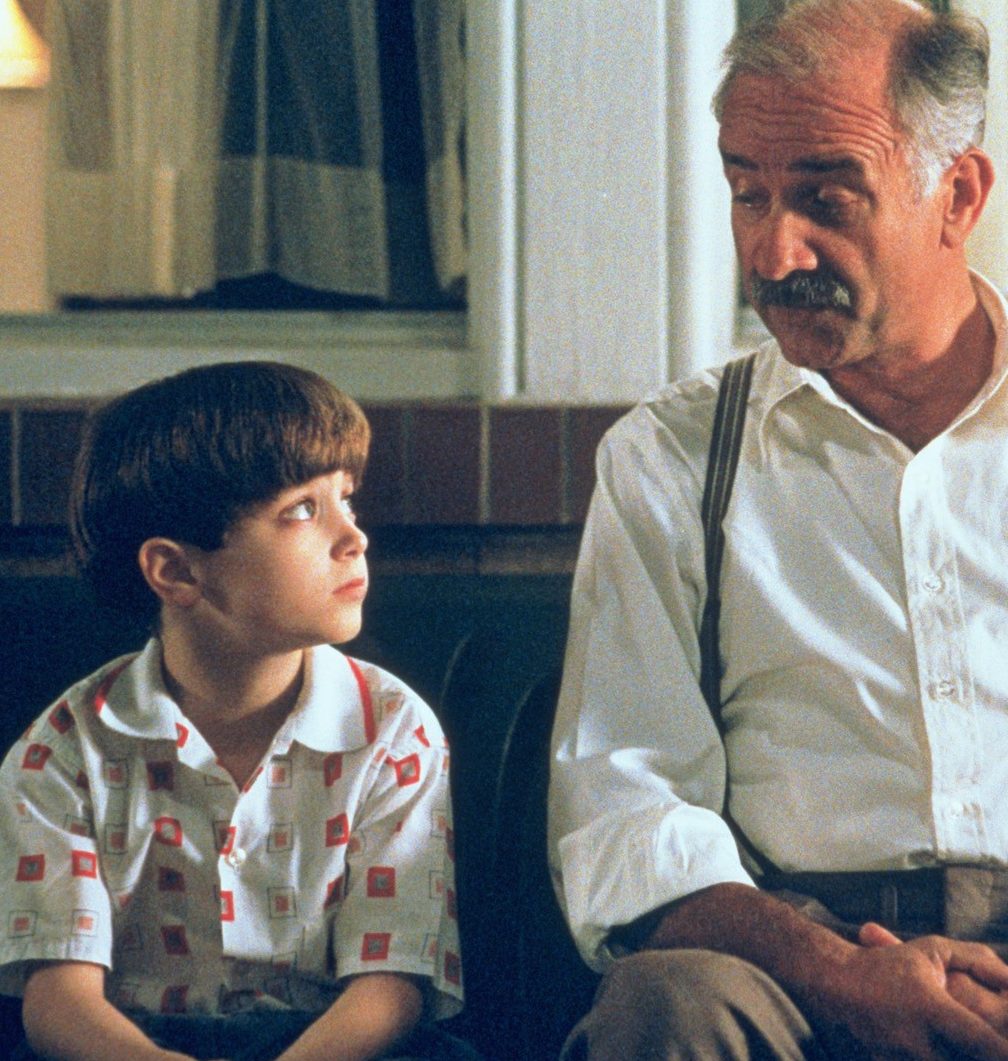 The next year, Wood turned heads as a child star in Avalon, though he’d also unsuccessfully auditioned for the Arnold Schwarzenegger comedy Kindergarten Cop. According to Wood, the film’s director, Ivan Reitman, panned his performance as inauthentic.

Recalling the audition on hit smut podcast My Dad Wrote A P***o, Wood claims that was “a harsh thing to say to a nine-year-old.” 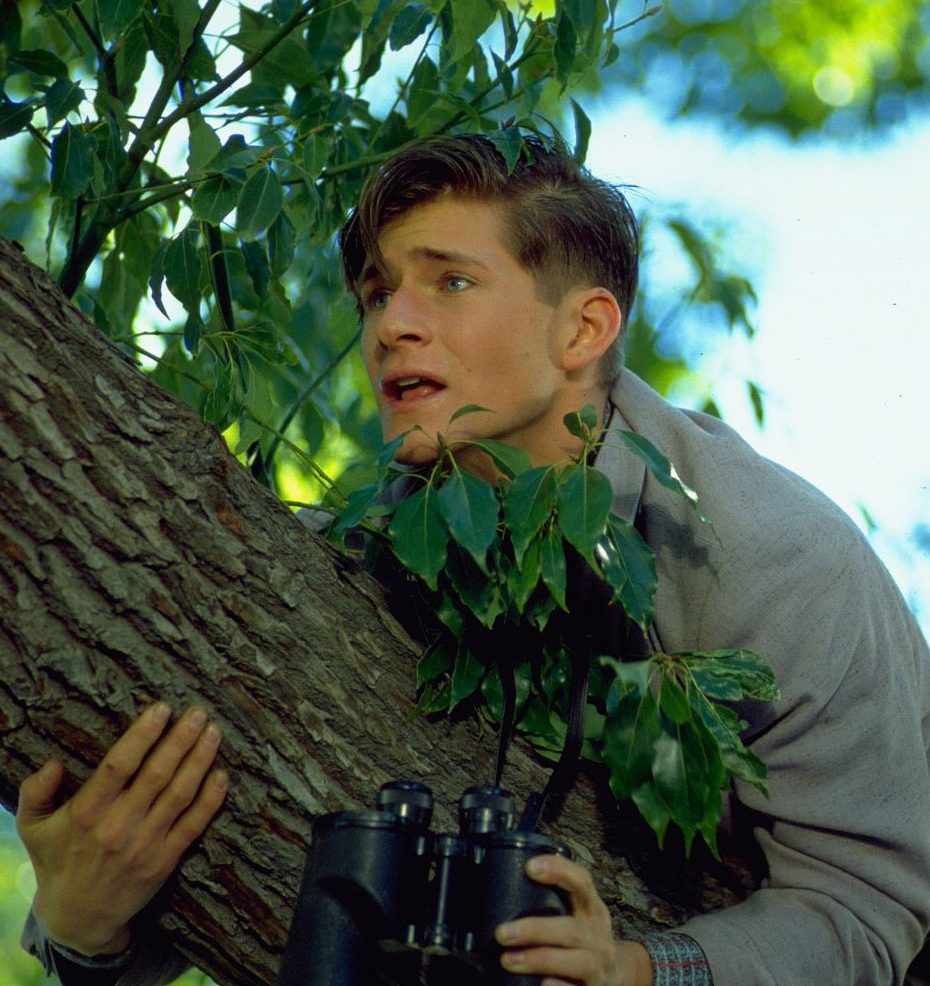 Crispin was a perfect fit for George McFly: not un-handsome but certainly a little kooky, making him a believable foil for the confident Marty. However, the anxiety Glover exuded as McFly Sr belied some harsh negotiations going on behind-the-scenes.

According to Glover, he discovered that he was offered far less to reprise his role in any given sequel than Lea Thompson for a similarly sized role, supposedly because Glover had objected to the ending of the first film – in which George McFly’s violence results in a swish car and a glitzy, wealthy lifestyle. 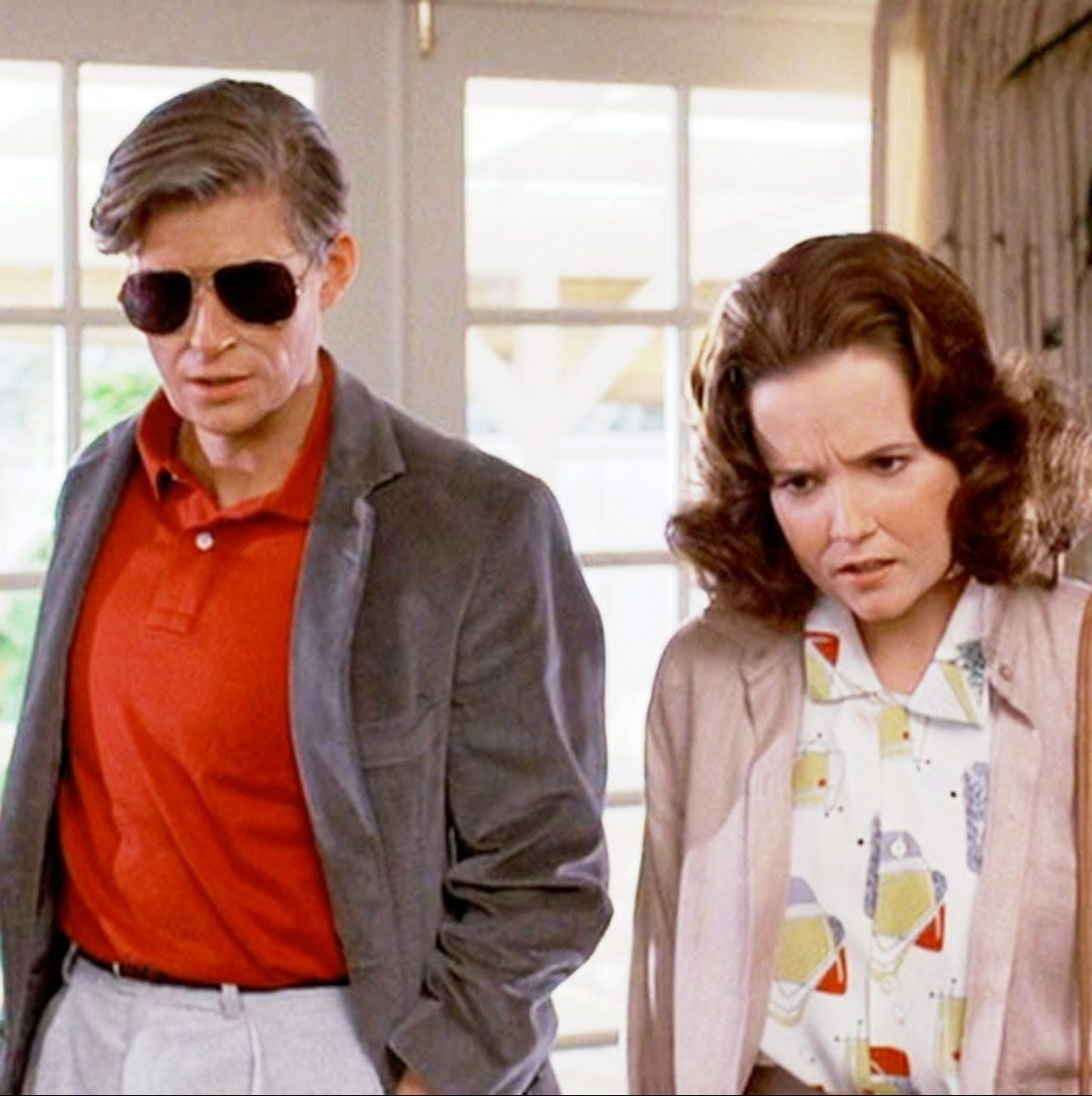 Glover’s agents demanded a higher fee and script approval, and Bob Gale responded by offering even less money than before. As a result, Glover pulled out of the sequel as was replaced by Jeffrey Weissman in heavy prosthetics.

This is partly why George McFly is almost always shot in the dark, from behind, or upside-down. However, that wasn’t the end of the story. 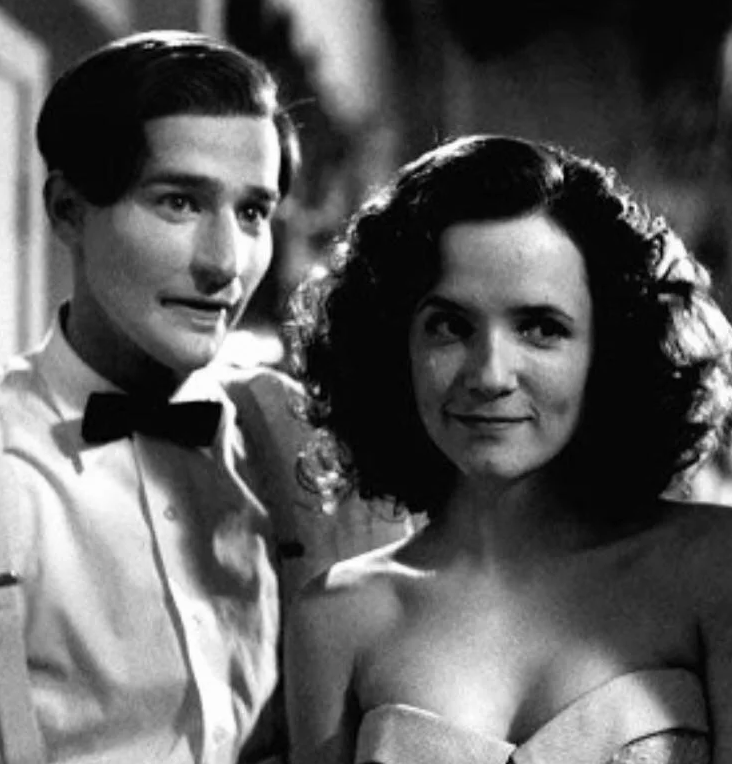 Glover sued the film’s producers for using his likeness without his consent. He won the case, and the precedent led to a new clause in Screen Actors Guild contracts similarly protecting unauthorised uses of an actor’s likeness.

If you’re looking for a flavour of how Gale and Zemeckis felt about Glover, note that George McFly died on the 15th of March, otherwise known as the Ides of March. This date is famous for the assassination of Julius Caesar, killed for being an autocrat too used to getting his own way.