We live in the digital age, of that there is no doubt. And whilst this brings many benefits, we do occasionally still long for the days when the internet was just a sparkle in the eye of its founder, Tim Berners-Lee. Take reading for example. There are many advantages to enjoying a good publication on a tablet device, none more so than the positive impact it has on the environment, but we still miss being able to get our hands grubby on a paper-based book, magazine or comic.

Today we’re focusing on some of the comics that we enjoyed as youngsters, a couple of which are still available to purchase in printed format. So please do join us as we take a lovely, nostalgic trip down memory lane with the following 10 fascinating facts about some of the favourites from your childhood.

10. The Beano has been in circulation for an amazing 82 years 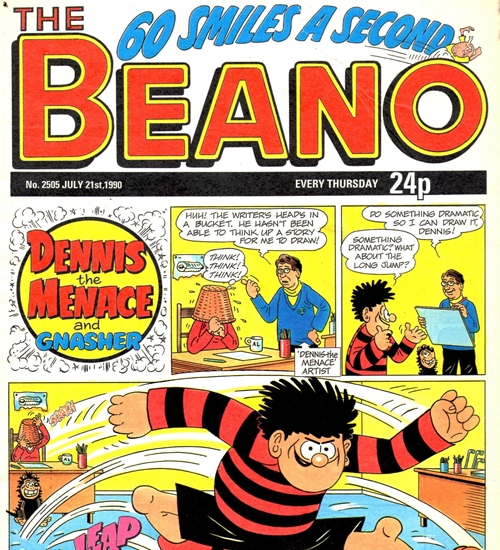 The Beano first appeared on newsagent shelves on 30th July 1938, meaning that it will be an amazing 90 years old in 2028.

Dennis the Menace, Roger the Dodger, Minnie the Minx, The Bash Street Kids and the like appeared in their 4000th issue on the 29th August 2019, making it the longest-running British children’s comic of all time.

9. Dennis the Menace used to get punished with a slipper called ‘the demon whacker’ 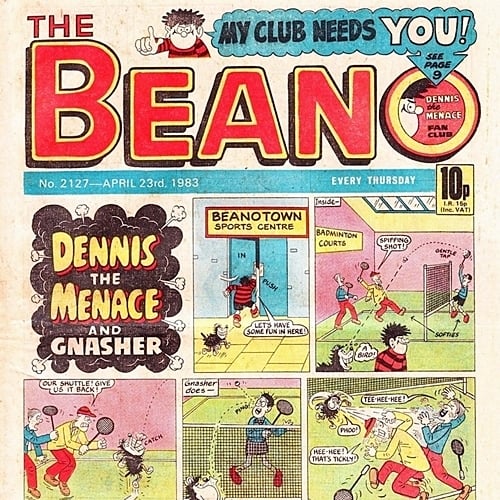 It’s no stretch to suggest that The Beano has become more politically correct over the years, but even the most ardent traditionalists may still be shocked by some of the story-lines from the comic’s early issues.

Most shocking of these is Dennis the Menace’s granny’s slipper, which was used by Dennis’ father to punish his son and was called ‘the demon whacker.’

8. The Dandy sold a whopping two million copies a week during the 1950s 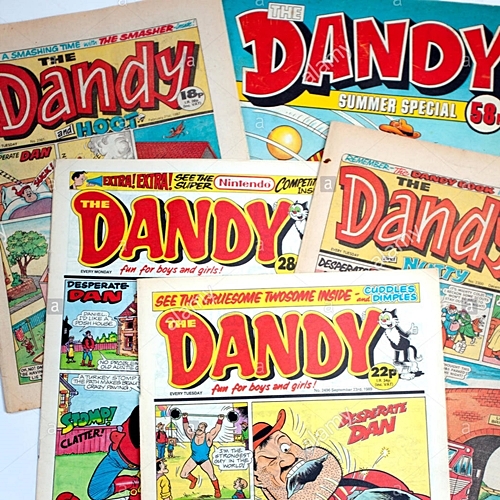 Only second in sales to the aforementioned The Beano, during its heyday in the 1950s The Dandy was selling a whopping two million copies a week.

Unfortunately, sales eventually slumped to the point where it was discontinued, and the final issue was printed in 2012 on the comic’s 75th anniversary. 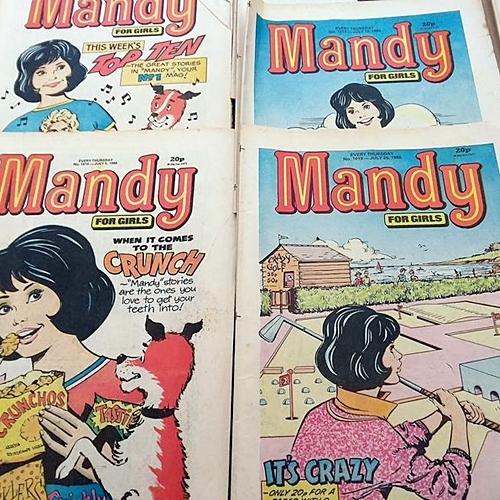 Mandy, a comic aimed at girls which was in circulation from 1967 until 1991, featured some extremely hard-hitting story-lines when you take into account the age of the children who might be reading it.

Examples of the themes featured within included girls being blackmailed or forced into slavery, characters pretending to be disabled, and children being placed under a supernatural curse!

6. Whizzer and Chips was actually two comics rather than one 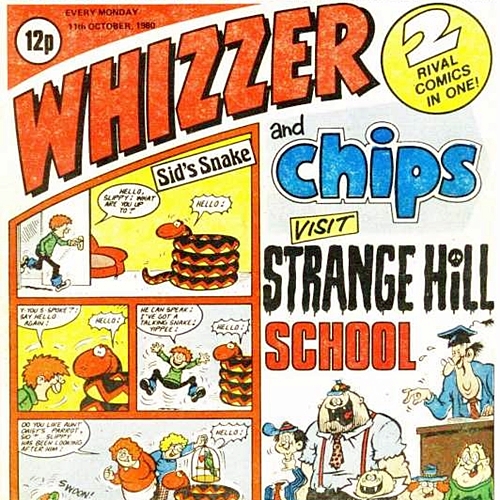 You may recall purchasing a copy of Whizzer and Chips when you were a youngster, but do you remember it being two whole comics in one?

The comic ran for 21 years before being merged with Buster in 1990, was divided into two different parts (‘Whizzer’ and ‘Chips’, of course), and was advertised as being ‘two comics in one, double the fun!’

5. Buster is actually the son of Andy Capp 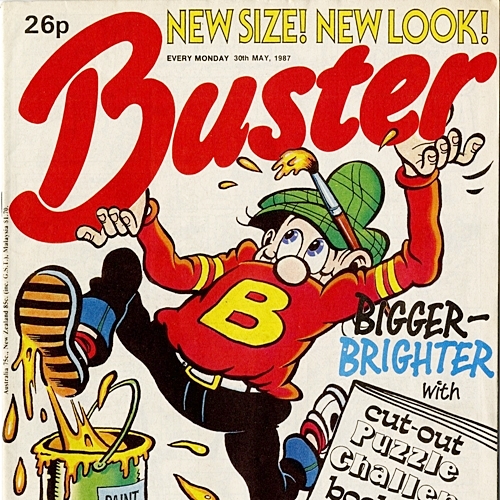 Many of you will remember the character Buster, who usually appeared on the front cover of his comic of the same name. But do you know which legendary comic character was his father?

His dad was Andy Capp, the lead character of the classic Daily Mirror comic strip of the same name. In fact, Buster was originally billed as ‘Buster: Son of Andy Capp’, but their relationship was mentioned less and less as the years passed, to the point where it was eventually ignored.

4. Bunty was purposely aimed at the working class 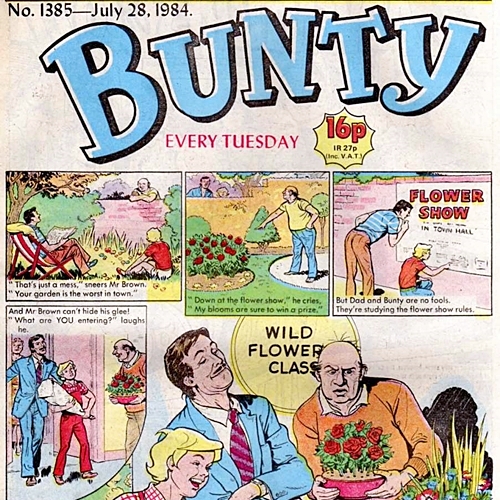 We’re sure that not everyone who read Bunty as a child would consider themselves working class, but that was the demographic publisher D.C. Thomson was aiming at when it first launched the comic in 1958.

Bunty ran for an impressive 2249 issues over 43 years before publication ended in 2001, just a few months after it started being sold monthly rather than weekly.

3. 2000AD launched the career of a number of well-known writers and artists including Neil Gaiman and Alan Moore 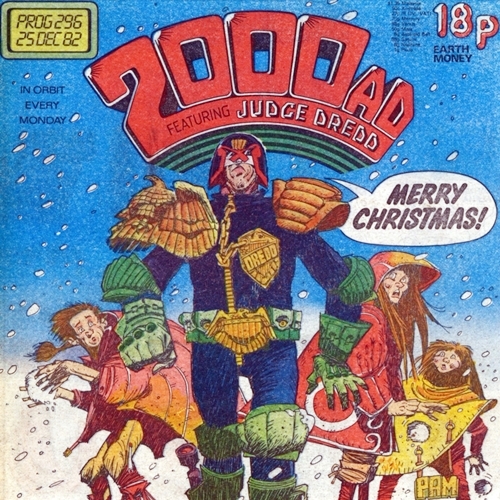 2000AD is the only comic on this list other than The Beano to still be in circulation, 45 years after its first issue.

2000AD employed a number of writers and artists who have gone on to become extremely popular and successful, including Neil Gaiman, Alan Moore and Grant Morrison. 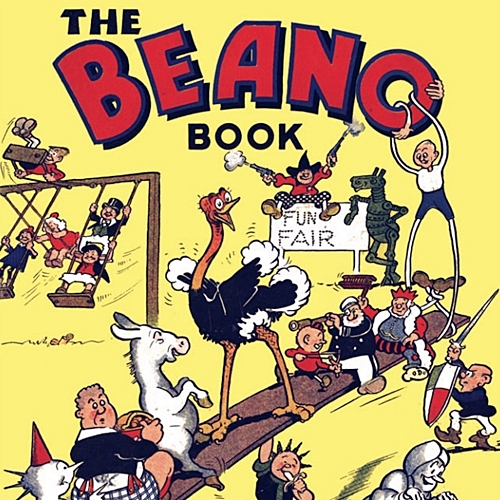 If you’ve been clever enough to pick up some vintage annuals or comics over the years (and have also managed to hold onto them), then you could be in luck, because some are now worth thousands of pounds.

This is especially the case with ones that were sold during World War Two, because a ‘Beano Book’ annual from 1940 recently sold at auction for over three and a half thousand pounds, whilst a 1939 Dandy annual was purchased for a quite staggering six grand! 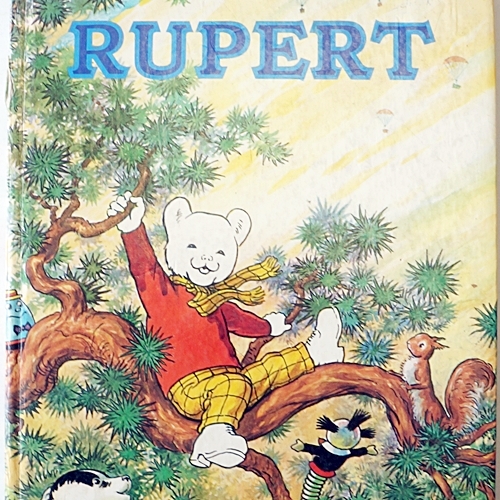 If you thought six thousand pounds was a lot for someone to pay for a Dandy annual then you may wish to sit down, because there’s one particular Rupert the Bear annual that is worth over three times that amount.

If you own a 1973 Rupert the Bear annual, and if Rupert has a brown face (not a white face) on the cover, then you may want to begin your celebrations, because only 12 copies were ever printed and are now each worth around £20,000!