Our first viewing of The Texas Chain Saw Massacre was when it saw a re-release in the late 1990s to celebrate its 25th anniversary, and it’s fair to say that the film’s ability to shock and disgust had not diminished since it was first introduced into cinemas way back in 1974.

Telling the story of a group of friends who unwittingly stumble across a family of cannibals at their remote homestead, Texas Chain Saw Massacre has gone down in history as being one of the most terrifying slasher movies of all time. And for good reason.

Below are 10 fascinating facts about this low-budget horror classic.

10. One of the film’s working titles was Headcheese 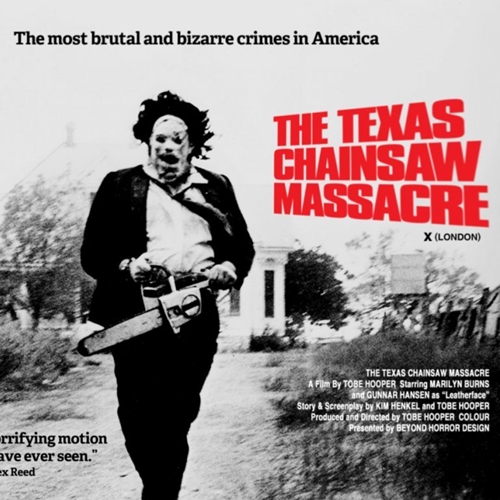 Whilst the film was early in development, its late director, producer and co-writer Tobe Hooper had a number of different ideas about what it should be called.

Ex-documentary cameraman Hooper used the working titles Headcheese and Leatherface until he came up with the extremely memorable The Texas Chain Saw Massacre.

9. Leatherface actor Gunnar Hansen wore the mask 12 to 16 hours every day for a month 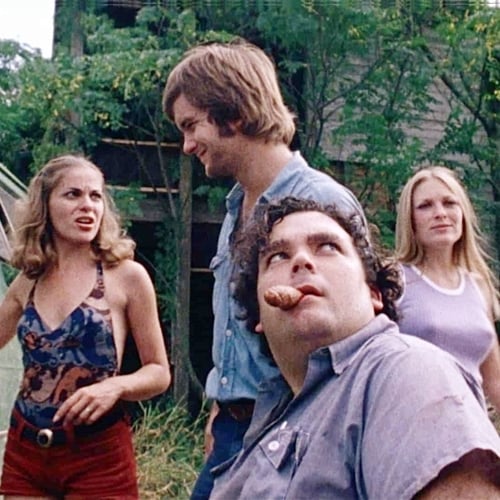 To save money on equipment rentals, The Texas Chain Saw Massacre shoot took place for up to 16 hours a day, seven days a week. And if that wasn’t bad enough, the Texas temperature was often unbearably hot for the film’s cast and crew.

“It was 95, 100 degrees every day during filming,” recalled the late Gunnar Hansen, who played the film’s mute, masked, chain saw wielding Leatherface. “They wouldn’t wash my costume because they were worried that the laundry might lose it, or that it would change colour,” Hansen continued, “so I wore the mask 12 to 16 hours a day, seven days a week, for a month.” 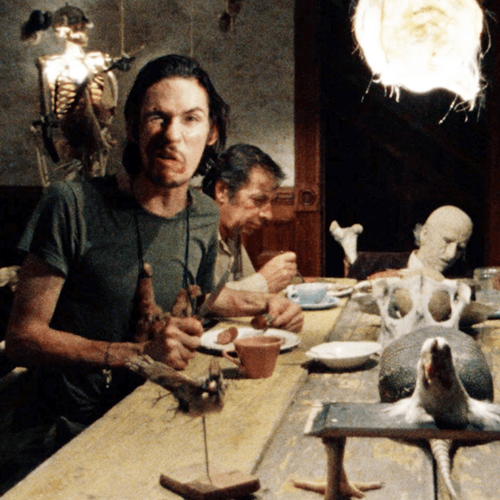 Budget constraints meant that Hooper and his team were forced to be creative when it came to decorating the film’s terrifying homestead.

Not only did art director Robert Burns drive around the countryside collecting real animal remains to spread around the property during filming, but the walls were coated with drops of real animal blood that had been obtained from a local slaughterhouse.

7. Many of the film’s actors were injured for real during the shoot 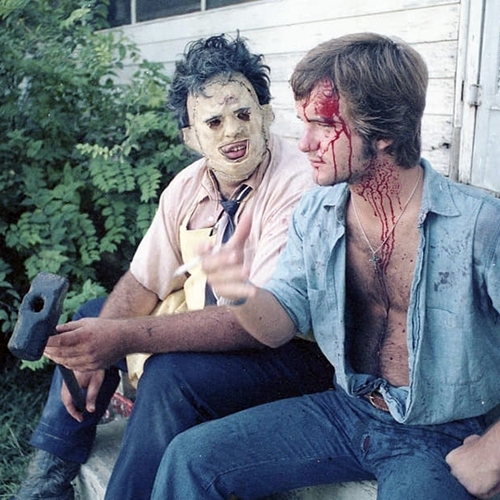 The health and safety-free environment of The Texas Chain Saw Massacre’s shoot, which saw Gunnar Hansen bring a real running chainsaw to within 8 centimetres of actor William Vail’s face, meant that a number of the film’s actors ended up with real injuries.

“Everyone hated me by the end of the production,” Tobe Hooper was once quoted as saying, continuing “it just took years for them to kind of cool off.”

6. Hooper believed the film could secure a family-friendly PG rating 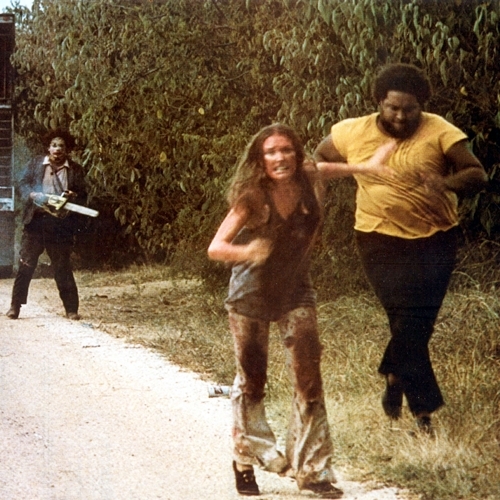 Tobe Hooper once genuinely believed that The Texas Chain Saw Massacre could secure a family-friendly PG rating from the Motion Picture Association of America (MPAA).

Hooper – who managed to complete the film for a very modest $140,000 – had edited out many of the goriest scenes, but the film was still given an adult only ‘R’ rating, seen by many to be the ‘kiss of death’ to any film’s chances of success at the box office.

5. It was falsely advertised as being based on true events 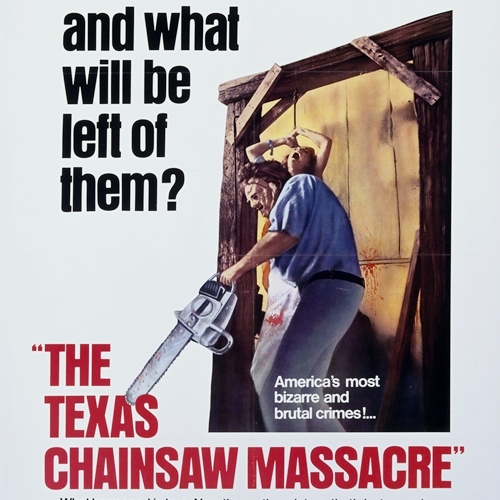 In order to drum up interest and intrigue amongst moviegoers, Texas Chain Saw Massacre was marketed as being based on true events.

This claim was false, however, but whilst the story written by Kim Henkel and Tobe Hooper was fictional, the character of Leatherface and one or two minor plot points were drawn from the story of Ed Gein, a convicted killer who also inspired the films Psycho and The Silence of the Lambs.

4. The film’s level of violence led to it being banned in several countries 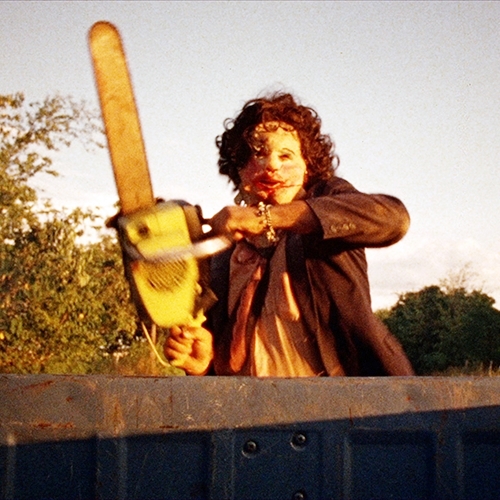 A number of shocked moviegoers lodged complaints about the level of violence in Texas Chain Saw Massacre, meaning that some cinemas chose to stop showing it altogether, leading to it being banned in a number of different countries including the United Kingdom.

Still, this helped rather than hindered the film’s box office performance, with it going on to bring in $30 million in the United States and Canada alone, making it the highest-grossing independent film of all time until the release of John Carpenter’s Halloween four years later.

3. It’s now regarded as one of the greatest horror movies of all time 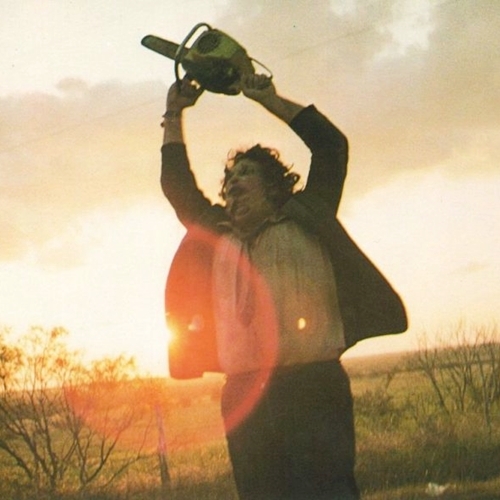 The critical reception to The Texas Chain Saw Massacre at the time of its release in 1974 was mixed, with the Los Angeles Times going so far as to call it “despicable”.

However, it is now regarded as one of the greatest and most influential horror movies of all time, and is credited with creating a number of slasher genre staples including the introduction of a masked, faceless killer.

2. Guillermo del Toro became a vegetarian after watching the film 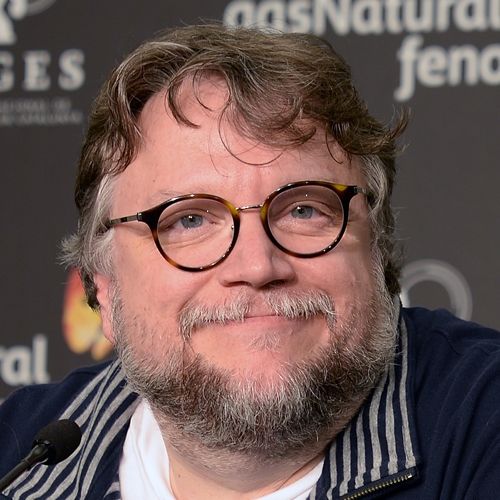 Director Tobe Hooper once revealed that he gave up eating meat whilst making The Texas Chain Saw Massacre, saying “in a way I thought the heart of the film was about meat. It’s about the chain of life and killing sentient beings.”

And Hooper wasn’t the only one to be affected by what has been described as “the ultimate pro-vegetarian film,” as the Academy Award-winning director Guillermo del Toro also became a vegetarian for a time after he first watched it.

1. There have been seven sequels, prequels and remakes

The success of The Texas Chain Saw Massacre means that it has to date spawned an impressive seven sequels, prequels and remakes, including 1995’s Texas Chainsaw Massacre: The Next Generation, which starred a young Renée Zellweger and Matthew McConaughey.

A controversial video game adaptation – in which gamers were asked to fill the boots of Leatherface and murder trespassers – also hit the Atari 2600 in 1982.