10 Fascinating Facts About The Terrifying 1986 Thriller The Hitcher

If there was ever going to be any chance that we would pick up a random hitchhiker from the side of the road, that evaporated for good as soon as we watched the terrifying 1986 thriller The Hitcher.

Starring Dutch actor Rutger Hauer, who passed away only last year at the age of 75, The Hitcher sees Jim Halsey (played by C. Thomas Howell) picking up Hauer’s hitcher John Ryder, who by some extremely bad luck turns out to be a complete homicidal maniac.

We won’t pretend that The Hitcher is the greatest film ever made, but it’s a glorious slice of B-movie silliness that allows you to completely disengage your brain for one hour and 38 minutes. Below are 10 fascinating facts about the film.

10. It was inspired by a song by The Doors 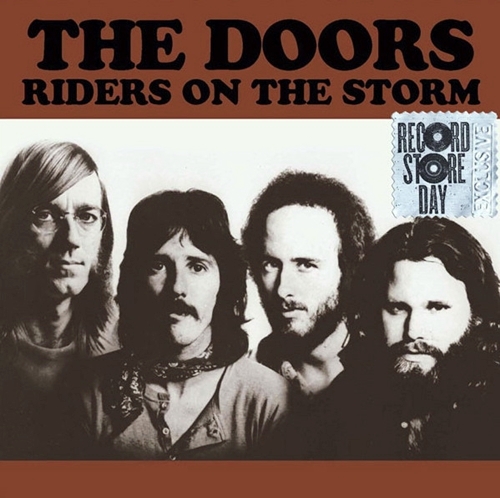 The Hitcher was inspired by the 1971 song Riders on the Storm by the legendary American rock band The Doors.

The film’s screenwriter Eric Red thought that “elements of the song, a killer on the road in a storm plus the cinematic feel of the music, would make a terrific opening for a film.”

9. The original version of the script was far gorier 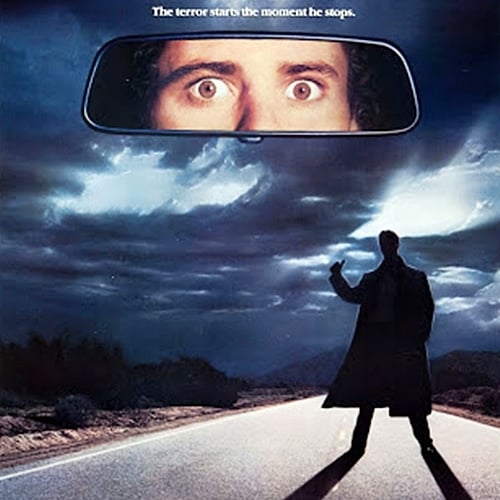 The original version of Eric Red’s script, which he wrote whilst working as a taxi driver, was long enough to make a three-hour film. It was also even gorier than the version that would eventually be filmed by director Robert Harmon.

The first draft of Red’s screenplay saw an entire family get slaughtered, the discovery of an eyeball inside of a burger, and several other horrifying moments that are too disgusting for us to even write about!

8. It could have pitted David Bowie against Tom Cruise 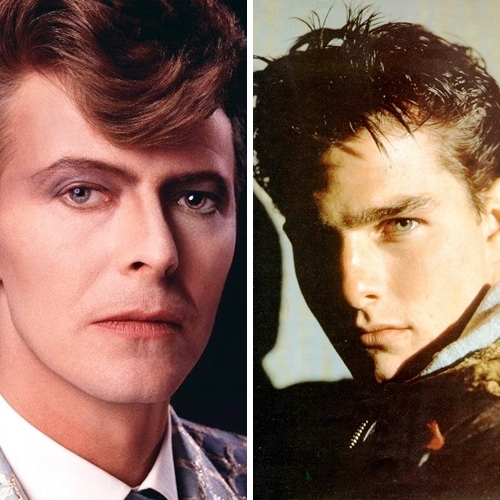 In Eric Red’s script, serial killer John Ryder was described as being ‘skeletal in nature,’ which led to a number of tall, thin actors being considered for the role, including Terence Stamp, Sam Shepard and Harry Dean Stanton, as well as the musicians David Bowie and Sting.

A number of young actors were discussed for the role of Jim Halsey before it was given to C. Thomas Howell, including Tom Cruise, Emilio Estevez and Matthew Modine.

7. Rutger Hauer did most of his own stunt driving 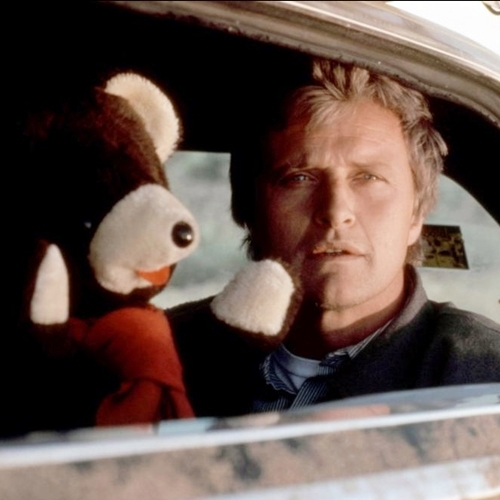 Actor Rutger Hauer did most of his own stunt driving throughout the film, and if you’ve watched it we’re sure you’ll agree that is quite the achievement.

Apparently Hauer’s skills behind the wheel amazed the rest of the film’s cast and crew, and even impressed the real stunt drivers who had been hired to assist the production. 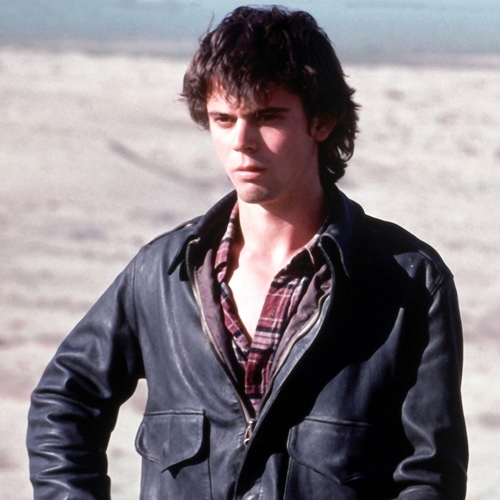 Although he never admitted it to the late Dutch actor, Christopher Thomas Howell, who also played Tyler in the Steven Spielberg classic E.T. the Extra-Terrestrial, was genuinely terrified of Rutger Hauer when he was shooting The Hitcher.

Howell has been quoted as saying that he found the experience “frightening [and] intimidating, almost as if he really was John Ryder and I really was Jim Halsey”. 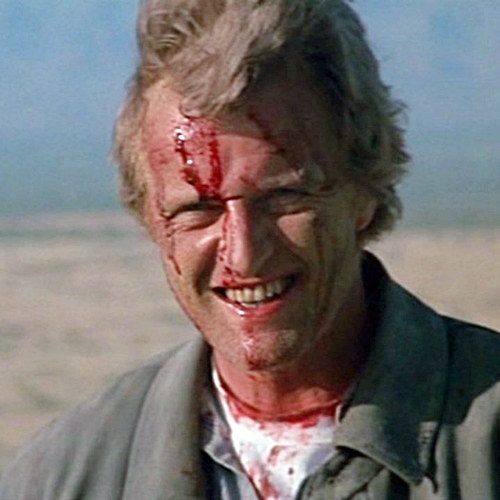 Do you remember the scene at the end of the film when John Ryder smashes through Jim’s windshield as he slams on the breaks?

Well, Rutger Hauer performed the last part of that stunt himself, and one of his teeth was knocked out by the shotgun he was holding in his hands.

4. It was panned by critics but is now considered a cult classic 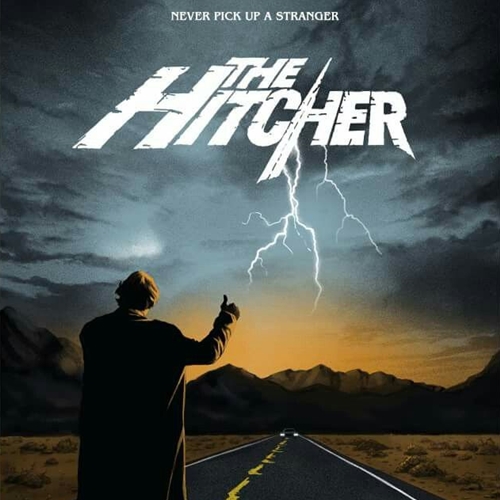 The Hitcher was completely panned by most of the critics who reviewed it at the time of its release, with Gene Siskel calling it “a nauseating thriller” and “a more gruesome ripoff of Steven Spielberg’s Duel.”

But despite the hate from many reviewers, The Hitcher has gone on to become something of a cult classic over the years.

3. A sequel was released 17 years later 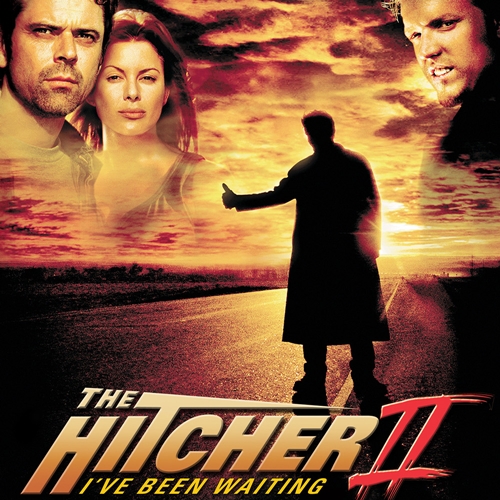 Despite The Hitcher’s negative critical reception and lukewarm performance at the box office, where it made about $8 million from a budget of around $6 million, The Hitcher did spawn a sequel in in 2003, 17 years after the release of the original.

The Hitcher II: I’ve Been Waiting saw C. Thomas Howell return to the role of Jim Halsey, but it did not see a theatrical release, with the film instead going direct to DVD. 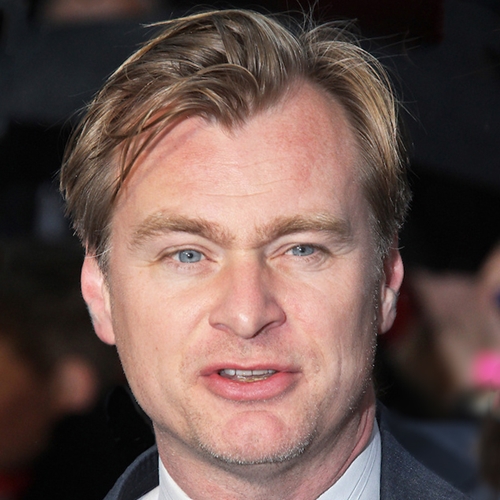 The Dark Knight and Inception director Christopher Nolan has revealed that The Hitcher is one of his top ten favourite films of all time.

Yes, The Hitcher sits alongside such all-time classics as Star Wars, Lawrence of Arabia, 2001: A Space Odyssey and Blade Runner in Nolan’s top 10.

1. It was remade in 2007 with Sean Bean playing John Ryder 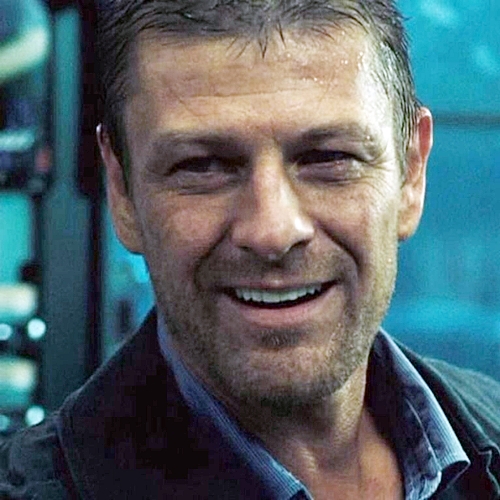 The Hitcher was remade in 2007, and saw Sean Bean fill Rutger Hauer’s boots as John Ryder, whilst Zachary Knighton took on the role of Jim Halsey. The remake was helmed by music video director Dave Meyers and produced by Transformers director Michael Bay’s own production company.

The Hitcher remake, like the 1986 film, was not popular with critics, with Empire Magazine giving their opinion that it was not as good as the original, and The Guardian newspaper advising ‘don’t even slow down for this one, certainly don’t tag along for the ride.’