We currently find ourselves living in circumstances that only a few months ago would have been dismissed as something that could only happen in the movies. Indeed, Hollywood has explored the subject of viruses and epidemics a number of times over the years, and today we’re focusing on a scarily topical film that was released 25 years ago.

8. It’s based on a book that tells the true story of how some devastating viruses originated 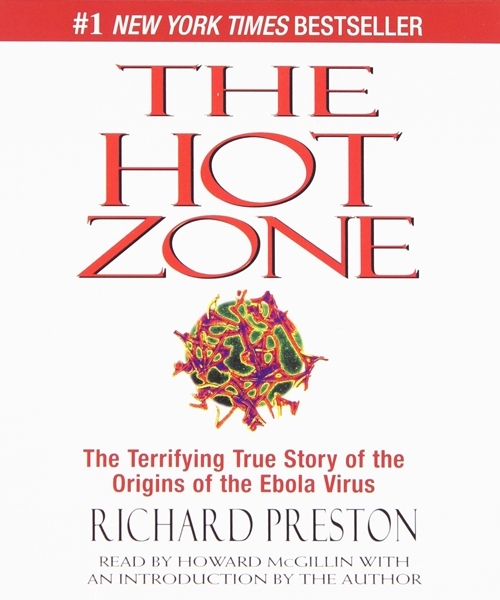 Outbreak is based on the book The Hot Zone: A Terrifying True Story by Richard Preston, a New York Times bestseller that details the origins of a number of real-life viruses.

Preston developed the book from an article he wrote for the New Yorker in 1992 called Crisis in the Hot Zone.

7. A series based on the same book was released last year 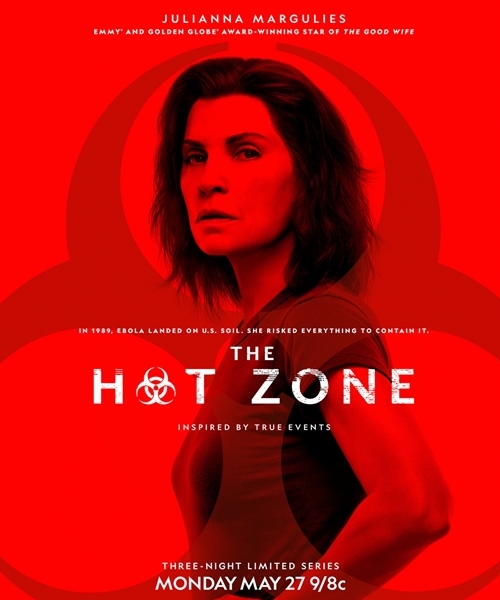 Film producer Lynda Obst was also developing a film adaptation of Richard Preston’s book called Hot Zone, but it was eventually dropped by 20th Century Fox, even though Obst believed that it was, in her words “the better package and the better script.”

The project, which Ridley Scott had signed up to direct and which was set to star Robert Redford and Jodie Foster, was eventually made into the TV miniseries The Hot Zone, starring Julianna Margulies, that aired on the National Geographic channel in 2019. 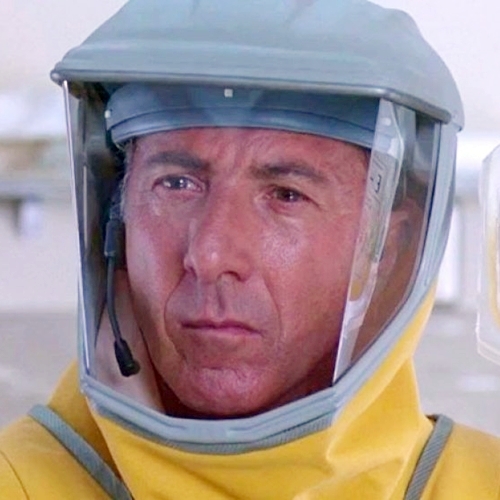 The character Colonel Sam Daniels had originally been earmarked for Harrison Ford, who did eventually work with director Wolfgang Petersen on the 1997 film Air Force One. Mel Gibson and Sylvester Stallone were also said to have been offered the part, only for them to both turn it down.

Dustin Hoffman was eventually cast in the role, the actor having coincidentally turned down the opportunity to play Harrison Ford’s role of Rick Deckard in the 1982 sci-fi classic Blade Runner.

5. Ross from Friends’ pet monkey Marcel stars in the film 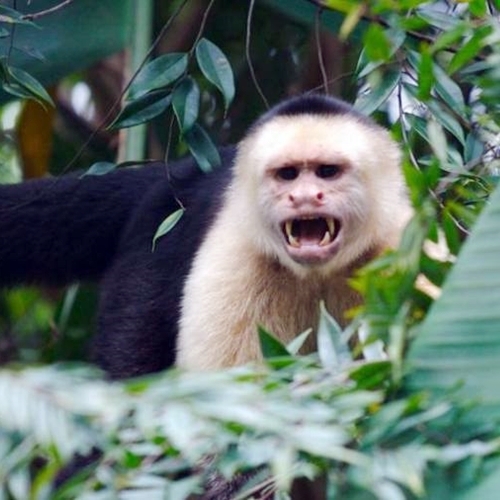 This fact was knowingly spoofed in Friends, which featured Marcel in a poster for a fictional film called Outbreak 2: The Virus Takes Manhattan.

4. The film hints at how parts of Africa attempt to stop the spread of viruses in real life 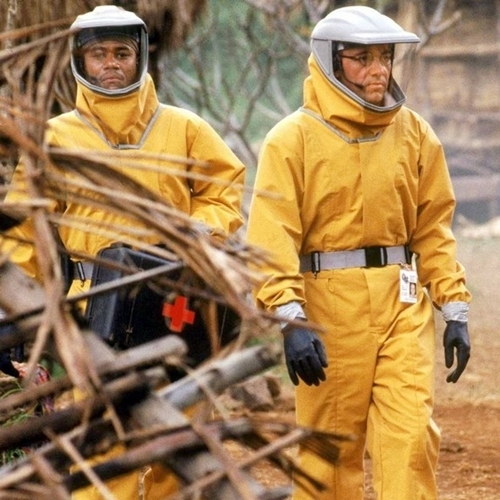 When characters investigate the village in Zaire in Outbreak, you may notice that a number of dwellings are burnt to the ground, which hints at the way many parts of Africa attempt to stop the spread of viruses.

In some tribes, food and water is left outside the entrance of a home that has infected occupants so the family living there do not have to leave. If the supplies have not been consumed after a few days, then the other villagers know that the virus has claimed the lives of those living within. The dwelling is then burnt down without anyone entering to check on the family, thus preventing the virus from spreading to anyone else.

3. A scene showing a town being destroyed was removed after negative test screenings 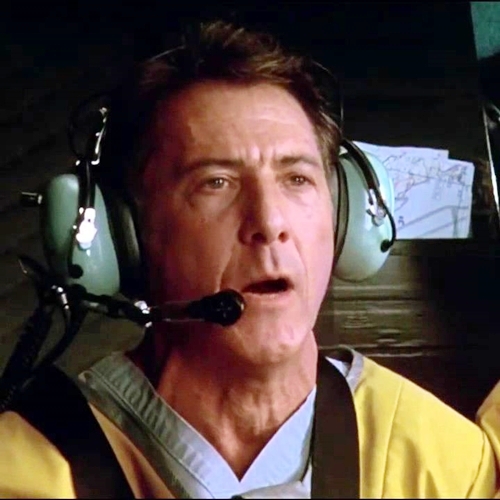 Do you remember the scene featuring a bomb exploding in the ocean? In the film’s script, the bomb was instead detonated over a town, destroying it completely.

Test screening audiences reacted so negatively to the town’s destruction that changes were immediately made, even though an expensive special effects shot showing the town being annihilated had already been completed.

2. A real Ebola outbreak started in Zaire just as the film was being released 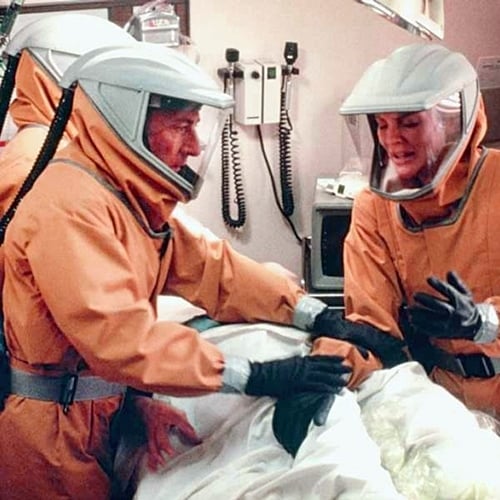 Outbreak tells the story of an outbreak of a fictional virus in Zaire (now called the Democratic Republic of the Congo), which later spreads to a small town in the US. Unbelievably, at the same time that the film was being released, a real life outbreak of the Ebola virus was indeed starting in Zaire.

The Ebola virus, the official name of which is Zaire ebolavirus due to it having originated in Zaire, was actually first detected in 1976, and was the cause of the epidemic between 2013 and 2016 in Western Africa that resulted in 11,323 confirmed deaths.

1. It was a success with both film critics and cinema audiences 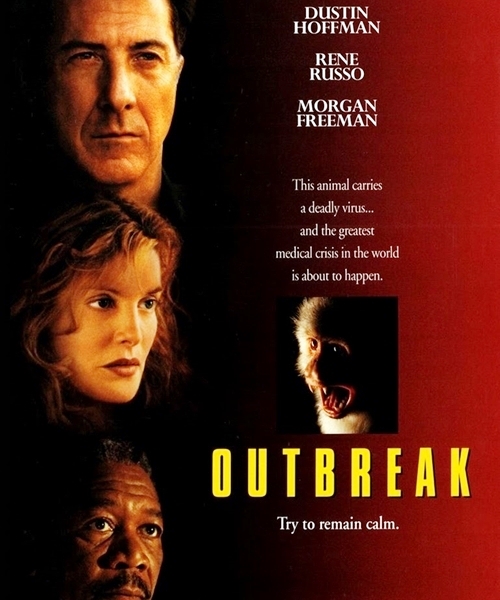 Outbreak performed well at the box office, spending three weeks at number one in the US and going on to make over $120 million across the globe.

Many critics also sang its praises, with Roger Ebert calling it “one of the great scare stories of our time, the notion that deep in the uncharted rain forests deadly diseases are lurking.”