10 Fascinating Facts About The Lord of the Rings: The Fellowship of the Ring

The Lord of the Rings: The Fellowship of the Ring made nearly one billion dollars at the box office, was nominated for thirteen Academy Awards, and is widely regarded as being one of the most influential films of all time.

Below are 10 fascinating facts about a 2001 film that was described by one critic as being the “true visualisation of Tolkien’s Middle-earth.”

10. Sean Connery and Patrick Stewart turned down the opportunity to play Gandalf 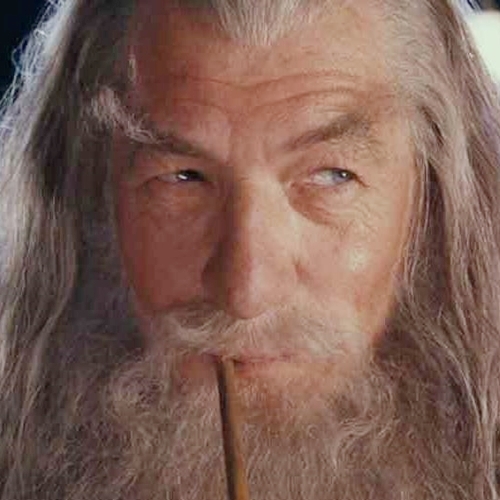 A number of actors were approached to play Gandalf the Grey before the casting of Sir Ian McKellen, who had a two month overlap with the filming of the first X-Men film, but was able to work out a schedule that meant he could appear in both franchises.

Sean Connery turned down the opportunity to play Gandalf because he didn’t understand the film’s plot, whilst Patrick Stewart said no because he wasn’t a fan of the script.

9. Daniel Day-Lewis, Nicolas Cage, Russell Crowe and Vin Diesel were all considered for the role of Aragorn 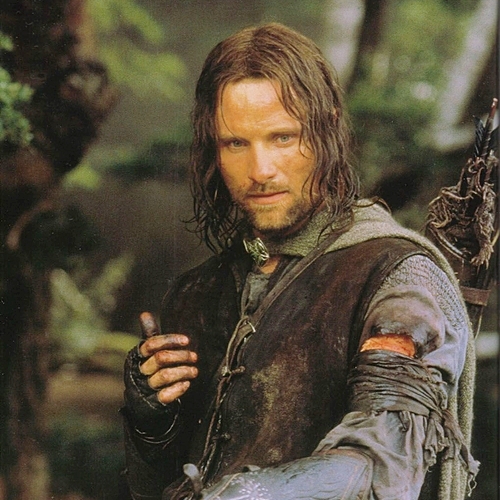 Daniel Day-Lewis twice turned down the opportunity to play Aragorn, Nicolas Cage said no due to family commitments and Russell Crowe chose to star in Gladiator instead.

Vin Diesel also auditioned for the role before the casting of Stuart Townsend, who was replaced by Viggo Mortensen during filming when director Peter Jackson decided he was too young to be playing a world-weary ranger.

8. Christopher Lee was the only member of the cast to have met J.R.R. Tolkien 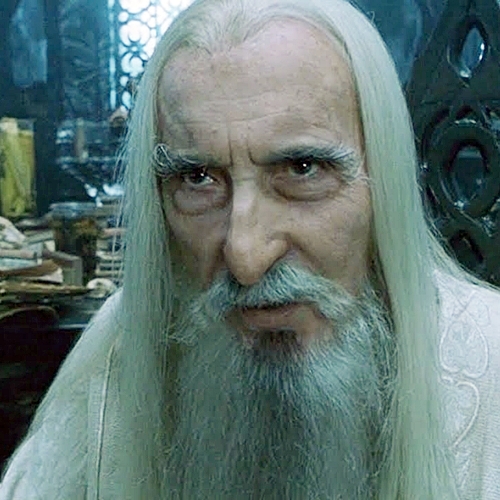 The late horror movie legend Christopher Lee was a massive fan of the source novel, and was the only member of The Fellowship of the Ring’s cast to have met J.R.R. Tolkien himself.

Tolkien gave Lee his blessing to play Gandalf, but despite that being the role Lee wanted and originally auditioned for, Peter Jackson considered him too old so instead asked him to fill the boots of Saruman the White.

7. 16,000 costumes were created for the film’s production 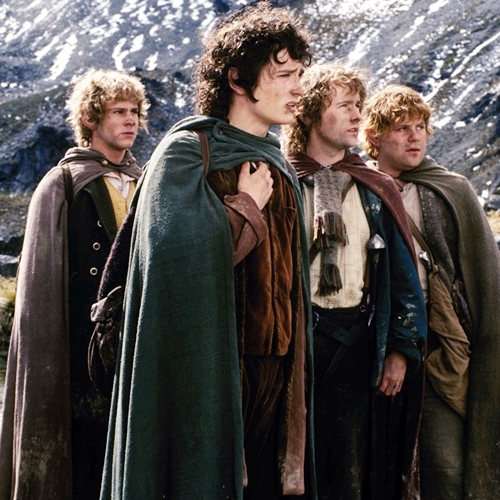 The Fellowship of the Ring’s expansive production and large number of extras meant that the film’s costume designers created an astonishing 16,000 outfits in total.

40 costumes were created for each character’s principal actor and stunt doubles, with every single outfit having to be aged to give the impression of them having been worn for a number of years.

6. An action scene had to be scrapped after a flash flood destroyed an entire set 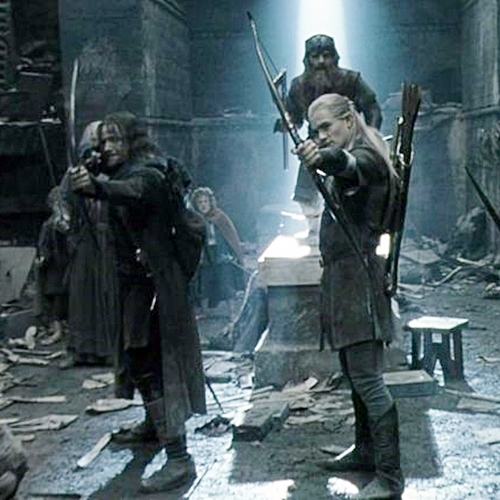 The Fellowship of the Ring should have featured an action sequence towards the end of the film where the fellowship are ambushed by a group of Orcs.

Unfortunately adverse weather meant that the scene’s entire set was destroyed by a flash flood, meaning that plans for the sequence, which would have seen boats being overturned and Legolas firing arrows back at the enemy, had to be scrapped. 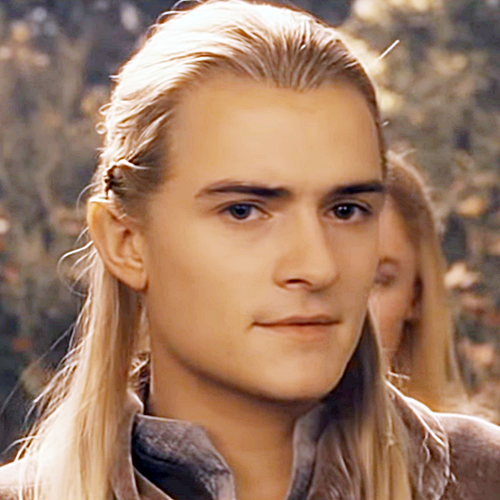 Bizarrely, the elf Legolas’ eyes change colour from scene to scene, alternating between blue and brown throughout the film.

This was due to the brown-eyed Orlando Bloom being unable to wear blue contact lenses every day for fears that he would damage his eyes. There were also days when Bloom and the makeup department forgot to put his contact lenses in, but thankfully the post-production special effects team at Weta were able to digitally change the actor’s eye colour for important scenes.

4. Sean Astin was taken to hospital after stepping on broken glass 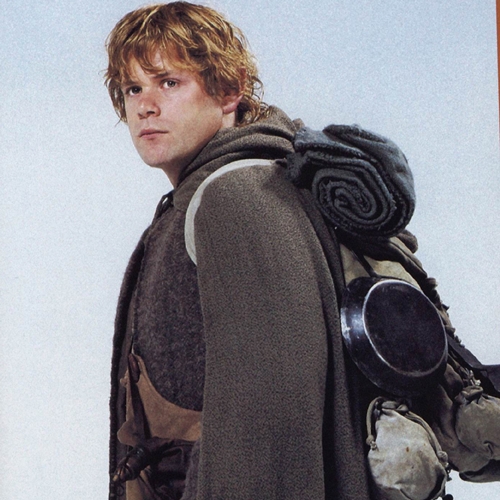 During filming of the scene when Samwise Gamgee tries to stop his Hobbit friend Frodo from completing the journey to Mordor by himself, actor Sean Astin seriously damaged his foot.

Astin stepped on a piece of broken glass whilst wading through water to reach Frodo, with the subsequent bleeding being so severe that the actor had to be taken to hospital.

3. John Rhys-Davis was allergic to his makeup 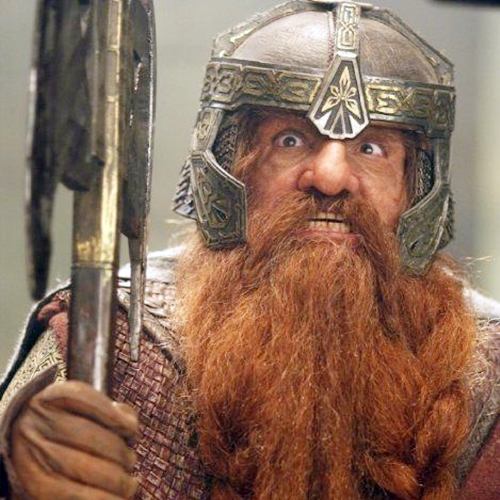 John Rhys-Davis, who despite playing a pint-sized Dwarf was actually one of the tallest actors in the fellowship at over six feet tall, had to sit through three hours of makeup before filming his scenes.

Unfortunately this makeup caused Rhys-Davis to suffer from severe skin inflammation, meaning that the actor had to skip every other day of filming so that his skin could recover.

2. Peter Jackson and his two children have cameo roles 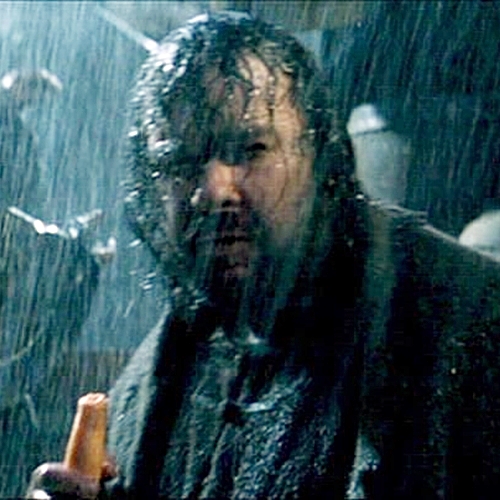 The eagle-eyed among you may have spotted director Peter Jackson appearing in a brief cameo role, as was the case in all three Lord of the Rings films as well as The Hobbit trilogy.

Jackson can be seen eating a carrot as the Hobbits arrive at The Prancing Pony Inn, and his children Billy and Katie are among the group of children that listen to Bilbo Baggins tell the stories of his adventures.

1. Nine members of the cast got matching tattoos 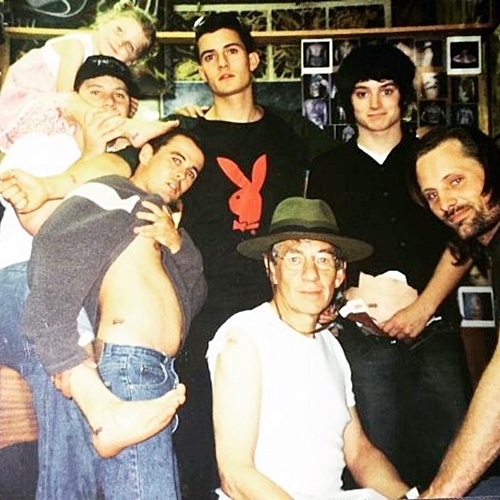 This created a real-life bond between the cast, leading to the actors playing the Fellowship getting a matching tattoo (the Elvish symbol for the number nine), with the exception of Gimli actor John Rhys-Davies, whose stunt double got the tattoo instead.