He was a true maverick who changed the way people look at the art-form of acting, as well as an eccentric recluse who suffered from a number of health issues before he passed away in 2004.

But whatever you personally remember about Marlon Brando, you simply cannot overlook the impact he had during his impressive, multi award-winning, six-decade-long acting career.

Below are 10 fascinating facts about the late legend, who in 1999 Time magazine named their Actor of the Century.

10. As a child his mother preferred ”getting drunk to caring for us” 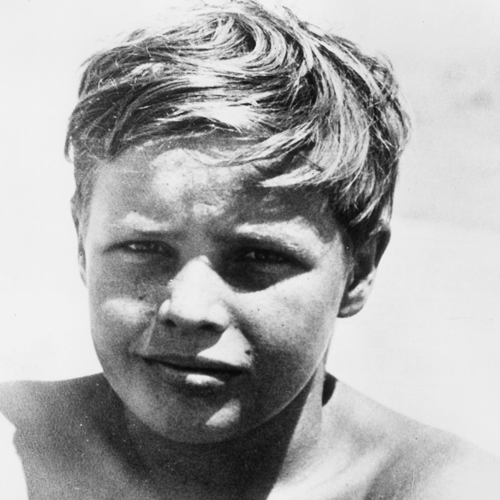 Born on 3rd April 1924 in Omaha, Nebraska, Marlon Brando Jr. had a troubled childhood, writing in his autobiography that his mother “preferred getting drunk to caring for us.”

He also opened up about the difficult relationship he shared with his father, revealing that Marlon Brando Senior “had a habit of telling me I would never amount to anything.”

9. He got expelled from high school for riding a motorbike down the hallway 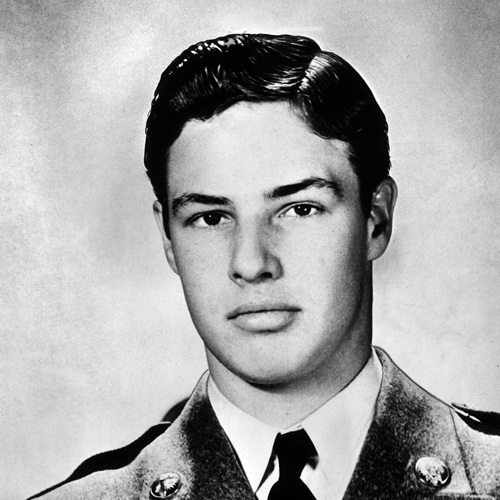 Brando was expelled for riding a motorbike down his high school’s hallway, forcing his father to send him to a military academy instead.

He later got expelled from the academy for a number of different reasons, including removing its bell’s 70 kilogram clapper and burying it.

8. He landed the role of Stanley in A Streetcar Named Desire after fixing Tennessee Williams’ plumbing 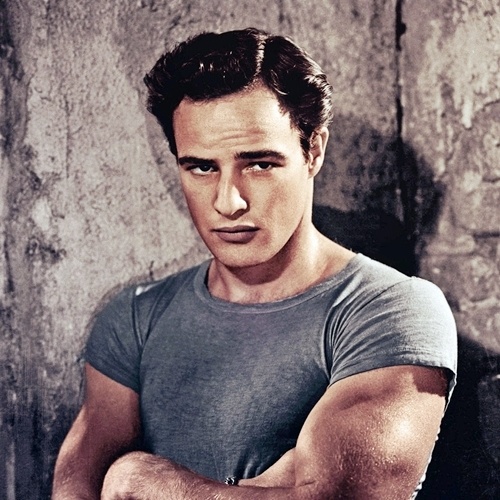 Before auditioning for the role of Stanley in the 1951 film A Streetcar Named Desire, Brando visited the home of Tennessee Williams, the playwright who wrote the screenplay as well as the play it was based on.

Upon arrival Brando noticed that the house had an overflowing toilet bowl and no working lights, so he proceeded to fix the plumbing and electrical issues before giving his audition, which Williams described as “the most magnificent reading” he had ever seen.

7. He had a running feud with Frank Sinatra 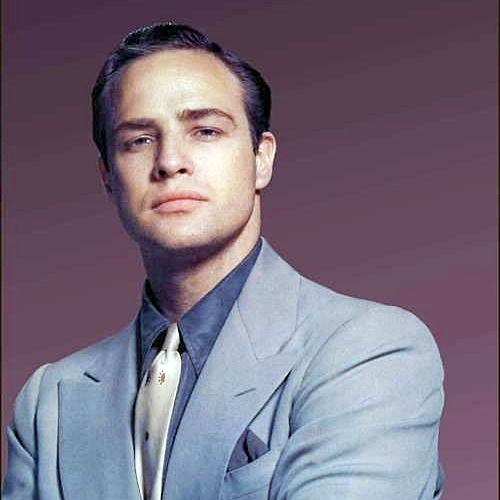 After they clashed over the leading role in the 1954 film On the Waterfront, for which Brando would win his first Best Actor Oscar, Frank Sinatra started referring to Brando as “mumbles” and said that he didn’t go for “that method c**p.”

6. He had his own private island 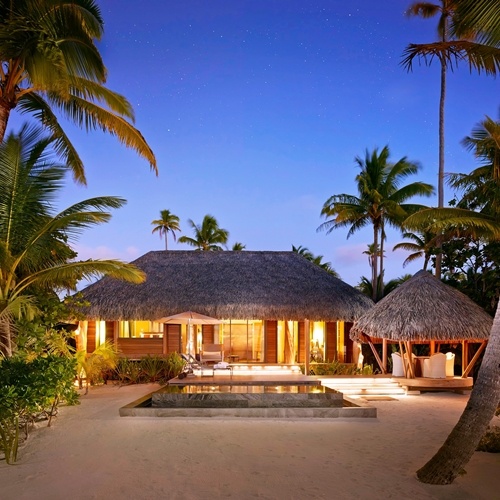 In 1967 Brando purchased an island in French Polynesia for £270,000, which since his death has become a luxury resort called The Brando.

Originally called Tetiaroa, the island used to be a destination for Tahitian royalty before the actor decided to make it his own.

5. He refused to collect his second Best Actor Oscar 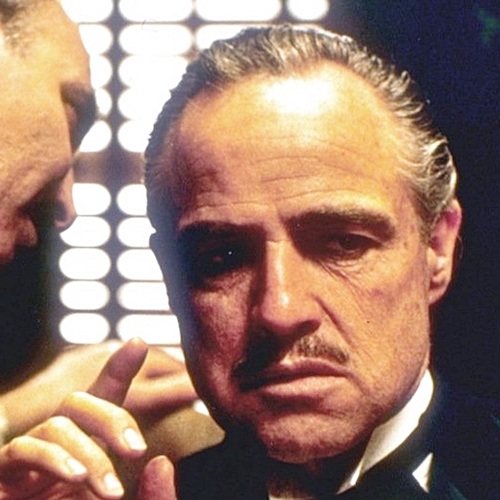 Brando was an activist who campaigned for many different causes, lending his support to the Civil Rights movement and Native American causes, among others.

It was due to his belief that the Native Americans had been misrepresented by Hollywood that Brando refused to collect the second of his two Best Actor Oscars, given for his performance as Vito Corleone in 1972’s The Godfather.

4. He didn’t always bother to learn his lines 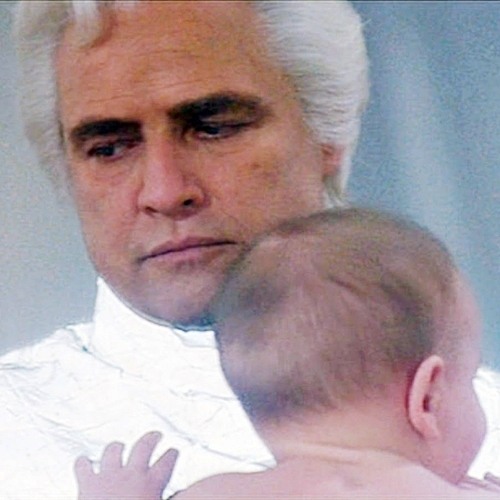 Brando was well known for often refusing to learn his lines before shooting a scene, believing it would detract from his performance.

This was the case during filming of 1978’s Superman, where legend has it that Brando read his dialogue from cue cards hidden around the set, and if the rumour us to be believed, also from baby Superman’s nappy!

3. He suggested that Superman’s dad should be a suitcase or a bagel 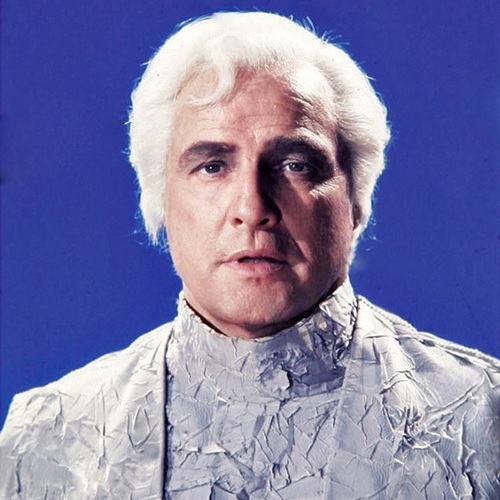 Brando was paid a record $3.7 million plus 12% of the gross profits for just 13 days work on Superman, and also suggested that his character Jor-El should be “a suitcase or a green bagel.”

The film’s producer Ilya Salkind remembers saying “my god, this is finished, the movie will not happen. This man will destroy everything, this is impossible, Jor-El will be a bagel.” Thankfully director Richard Donner stepped in and managed to change Brando’s mind.

2. He showed up so heavy to the set of Apocalypse Now that the director had to shoot him almost entirely in shadow 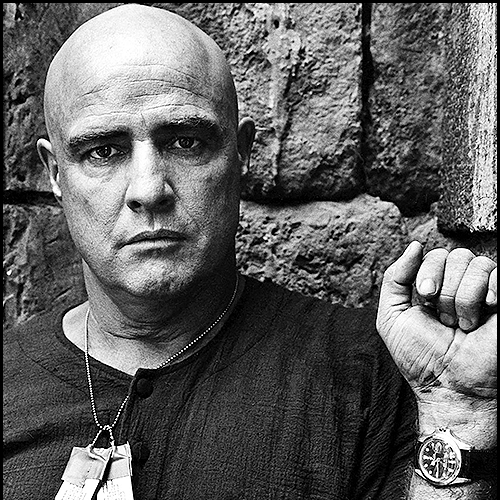 During filming of Apocalypse Now Brando weighed over 21 stone (around 133kg), forcing director Francis Ford Coppola to film him in almost total darkness.

By the mid-1990s, Brando’s weight was reported to have increased even more leading to a number of different health issues, including type 2 diabetes.

1. He was good friends with Michael Jackson 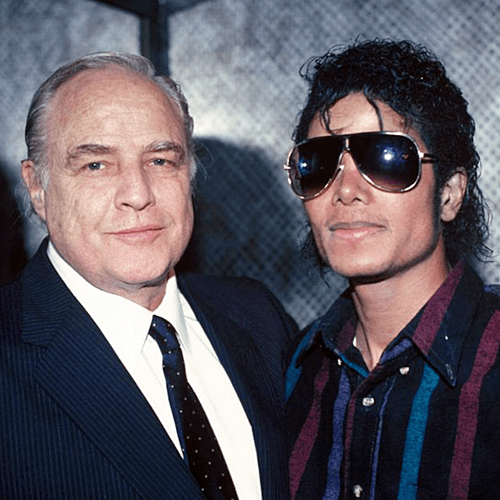 Brando was good friends with Michael Jackson and was said to have stayed at the late pop star’s Neverland Ranch for weeks at a time.

Brando’s son Miko even worked as Jackson’s personal assistant and bodyguard for a number of years, even after his father passed away.