A singer, songwriter and musician who became a Generation X icon after he fronted the grunge rock band Nirvana, Kurt Cobain is one of the most influential, iconic figures in the history of rock music. Sadly, behind the fame lay an extremely troubled individual who believed that people had misinterpreted him as ‘the spokesman of a generation.’

The pressure of his new found status, along with his personal issues with addiction and depression, led Cobain to take his own life on 5th April 1994 at just 27 years of age. But the legacy he left behind will certainly not fade away as quickly as the man himself, so we thought it was about time that we paid tribute to this late legend with the following 10 fascinating facts.

10. He came from a family of performers 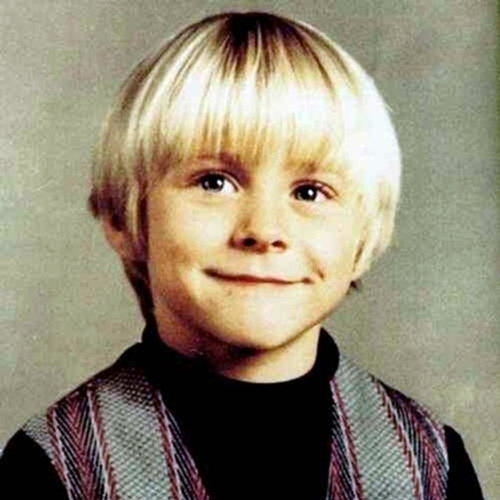 Kurt Donald Cobain was born on the 20th February 1967 to a waitress called Wendy Elizabeth and a mechanic called Donald Leland Cobain, and despite his parents’ regular jobs, Kurt came from a musical family.

His uncle Chuck Fradenburg was in a band called The Beachcombers, his aunt Mari Earle was a guitarist and performer, and his great uncle was a popular singer who appeared in the 1930 film King of Jazz.

9. His parents’ divorce had a profound impact on his life 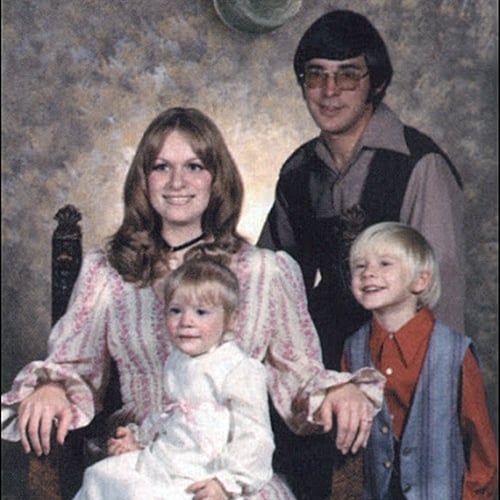 Cobain, who was also a talented artist, was described as being ‘happy and excitable’ when he was young, but his parents’ divorce when he was nine years old made him ‘defiant and withdrawn,’ something he talked about in an interview just a year before he died.

“I was ashamed of my parents,” Cobain was quoted as saying. “I couldn’t face some of my friends at school anymore, because I desperately wanted to have the classic, typical family…I wanted that security, so I resented my parents for quite a few years because of that.”

8. He witnessed his mother being beaten up by her boyfriend multiple times 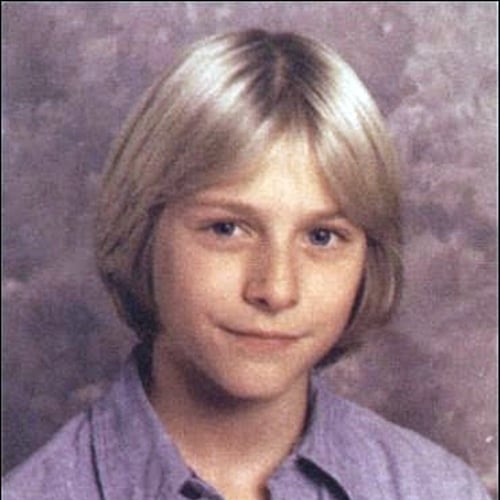 After her divorce, Cobain’s mother began dating a man who was abusive towards her, even once breaking her arm.

Cobain himself witnessed the abuse on occasion, but his mother always refused to press charges and stayed committed to her relationship.

7. The song Lithium is about his time being raised by a Christian family as a teen 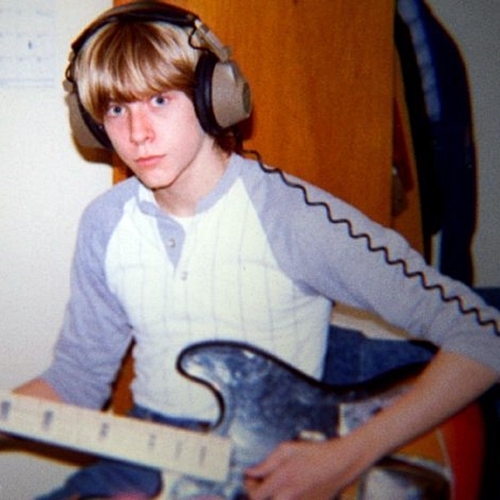 Cobain’s increasingly bad behaviour meant that his mother eventually signed custody of him over to his father, but he too struggled to deal with Cobain’s rebellious attitude, so soon left his son in the care of a devout Christian family.

During this time Cobain became a Christian himself, regularly attending church services, although he would later renounce his faith. His song Lithium, which features the lines “Sunday morning is every day for all I care…’cause I’ve found God” was about this particular time in his life.

6. He lived under a bridge for a while after high school 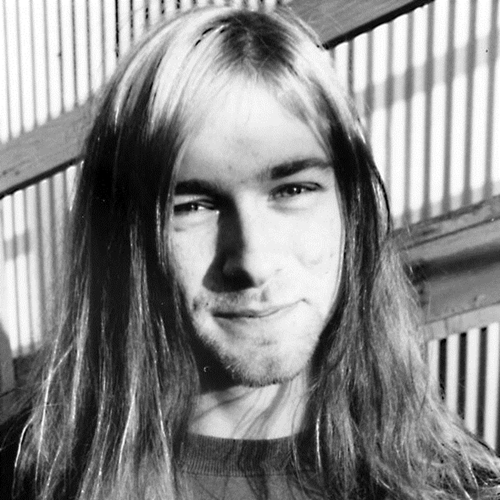 After Kurt failed to graduate from high school, Cobain’s mother (who he was back living with again) gave him an ultimatum that he needed to either find a job or move out of her house.

Cobain has claimed this meant that for a period of time he lived under a bridge over the Wishkah River, as he wrote about in his song Something in the Way.

5. Nirvana struggled for many years – but later went on to sell over 80 million records 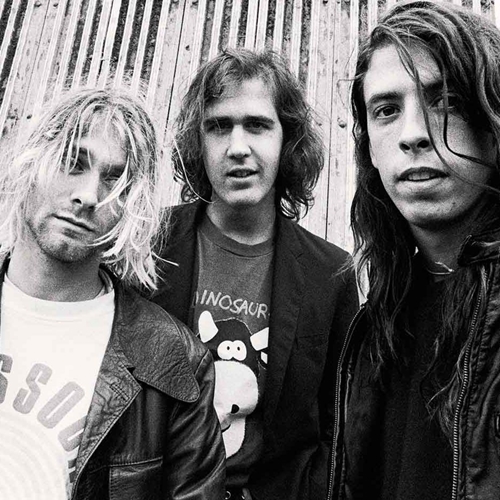 Cobain formed Nirvana with Krist Novoselic, but the band struggled for a number of years, failing to draw significant crowds. However, things changed rapidly in 1991 after they sacked their existing drummer, replaced him with Dave Grohl, and recorded their classic album Nevermind.

After releasing the single Smells Like Teen Spirit, Nirvana skyrocketed. They caused the alternative rock genre of grunge to enter the mainstream, and were labelled ‘the flagship band of Generation X.’ They would go on to sell over 25 million albums in the US and a whopping 80 million worldwide. 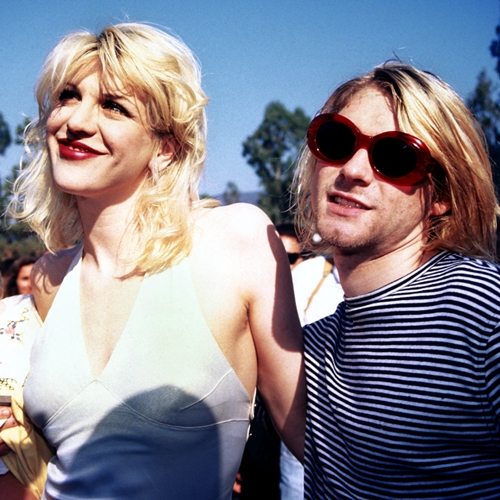 Cobain met Courtney Love in January 1990, although he initially ignored her advances due to being unsure if he wanted to be in a relationship, saying “I was determined to be a bachelor for a few months.”

“But I knew that I liked Courtney so much right away that it was a really hard struggle to stay away from her,” Cobain went on to say, and the couple married just over two years later, whilst Love was pregnant with their only child, the model and artist Frances Bean Cobain.

3. Courtney Love gathered together a number of people in an attempt to save his life 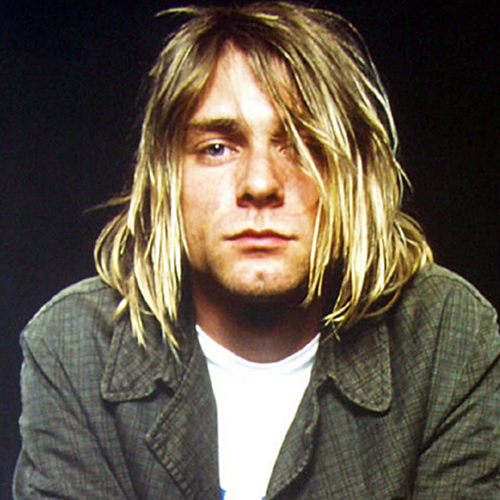 On the 25th March 1994, only 11 days before Cobain would end his life, his wife Courtney Love, concerned with Curt’s spiralling drug use and declining mental state, arranged an intervention.

Love gathered a number of people, including Cobain’s friends and record company executives, but her efforts proved unsuccessful when Cobain locked himself in a bedroom and refused to cooperate.

2. Some have claimed he was murdered 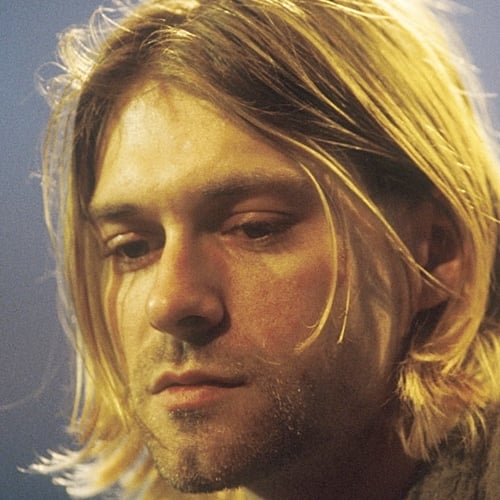 A number of people have made the claim that Cobain did not end his own life, but was in fact murdered. Documentary filmmaker Nick Broomfield investigated a number of these claims, interviewing a man called Eldon Hoke who claimed that Courtney Love offered him $50,000 to kill Cobain.

But Broomfield eventually concluded that there was not enough evidence to back up such claims, saying “I think that he committed suicide. I don’t think there’s a smoking gun.”

1. He is remembered as one of the most iconic rock musicians of all time 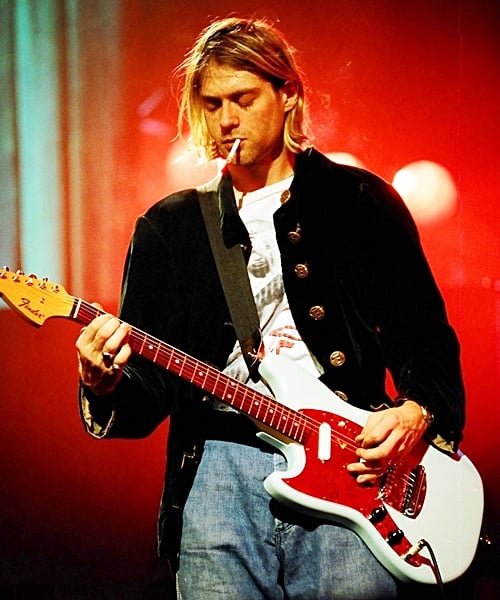 A quarter of a century after his death, Cobain is still regarded as one of the greatest and most iconic alternative rock musicians of all time.

Rolling Stone magazine listed Cobain as the 12th greatest guitarist of all time, whilst MTV had him at number seven on their list of ‘the greatest voices in music.’