We’ve all had a crush on someone at some point during our lives, but not many of us will have taken things as far as Sandra Bullock’s character Lucy did in the popular 1995 romantic comedy While You Were Sleeping

We could all do with a little bit of romance in our lives at the moment, so below are 10 fascinating facts about the film that is guaranteed to soften even the hardest of hearts.

10. The idea for the film came from a throwaway joke made by one of its writers 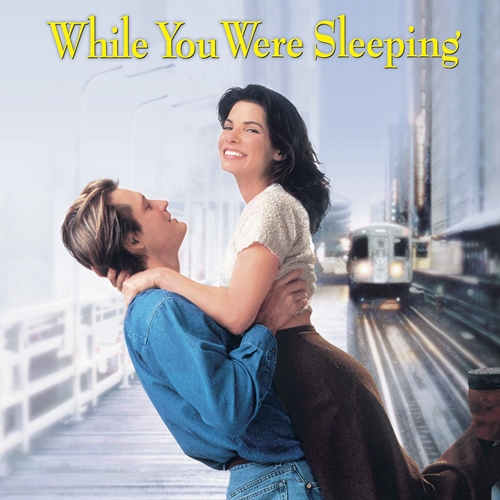 While You Were Sleeping was written by Daniel Sullivan and Fredric Lebow, the latter of whom has revealed that the original idea for the film came from a joke he made about his own love life.

“I remember at the time Dan was married, and I was having trouble getting a date,” Lebow has been quoted as saying. “I said something like ‘I’m such a loser, I couldn’t even get a date with a woman in a coma’. Dan started laughing, and we started picking at that idea.”

9. In the first draft of the script it was Bullock’s character who was in the coma 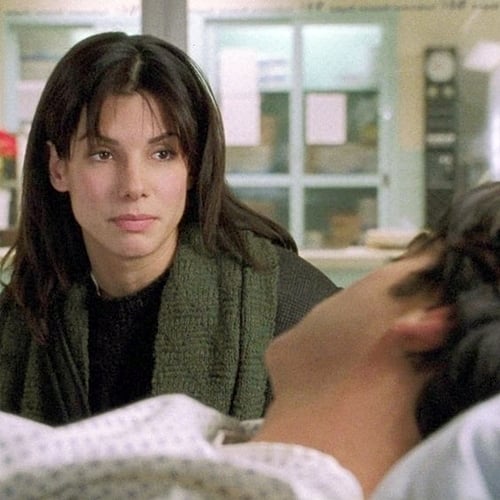 The first draft of the While You Were Sleeping script saw a woman rather than a man fall into a coma, an idea that was rejected by film studios for seeming just a little bit creepy.

It wasn’t until the roles were reversed that the project was picked up and turned into the film that we know and love.

8. Both Julia Roberts and Demi Moore turned down the chance to play Lucy 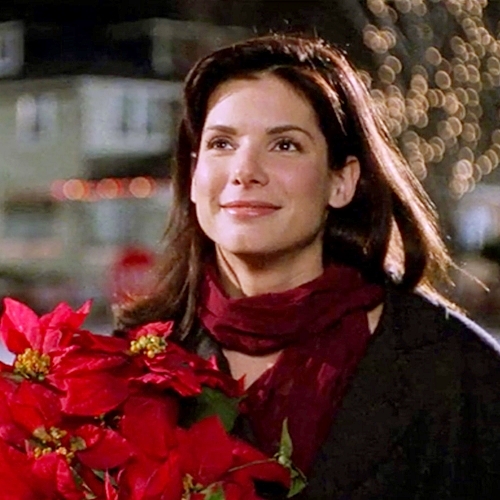 We can’t imagine anyone but Sandra Bullock playing Lucy, but the truth is that she was at best only third choice for the role.

Both Julia Roberts and Demi Moore were approached before Bullock, but both turned down the opportunity.

7. Matthew McConaughey was rejected because his Texas accent was too thick 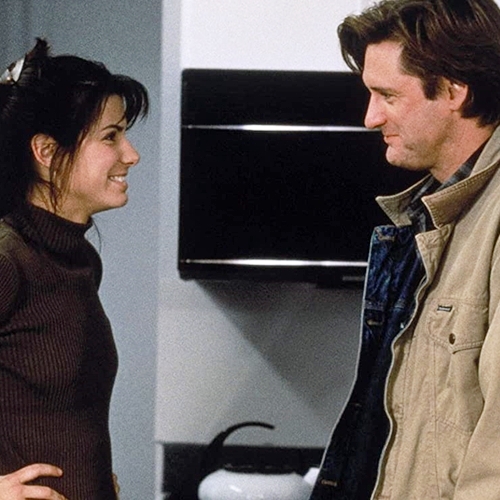 Long before he became the household name he is today, Matthew McConaughey was considered for the role of Jack in While You Were Sleeping, but his strong Texas accent meant that he was rejected.

Other actors to have been considered for the part that eventually went to Bill Pullman include Russell Crowe, Patrick Swayze, Harrison Ford, Dennis Quaid, James Spader and Dylan McDermott.

6. The film was only set at Christmas to make it “easier to sell” 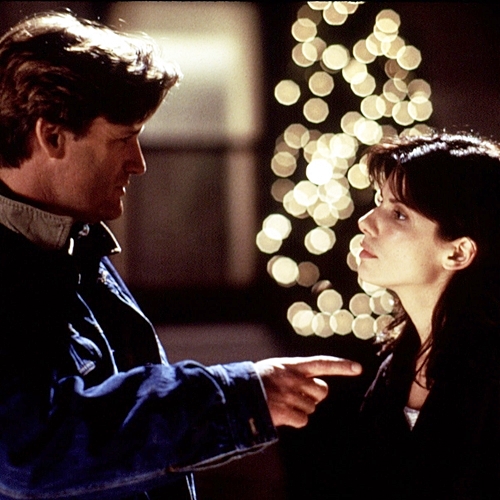 The film’s original script made no reference to Christmas at all, but studio executives were keen to set it around the festive season in order to try and boost its box office returns.

“We didn’t set it at Christmas while writing, it evolved into that,” co-writer Fredric Lebow has been quoted as saying. “The studios wanted it set during the holidays as it would be easier to sell.”

5. The ‘actor’ playing the paperboy actually broke his wrist falling off the bike 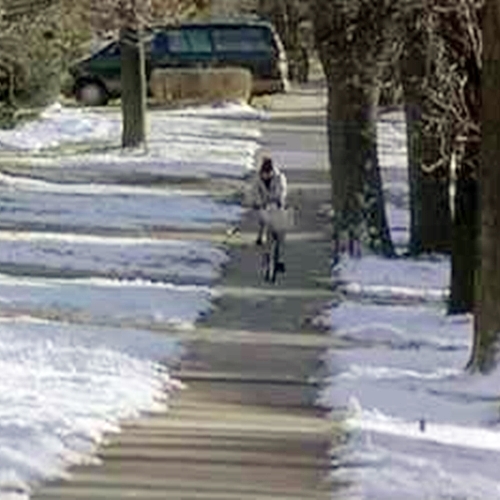 The morning after Lucy spends the night at the Callaghans, we see a paperboy falling off his bike whilst attempting to throw papers toward houses down their street.

We had always assumed that the fall was scripted, but it was not planned at all, and the poor boy even broke his wrist in the fall. 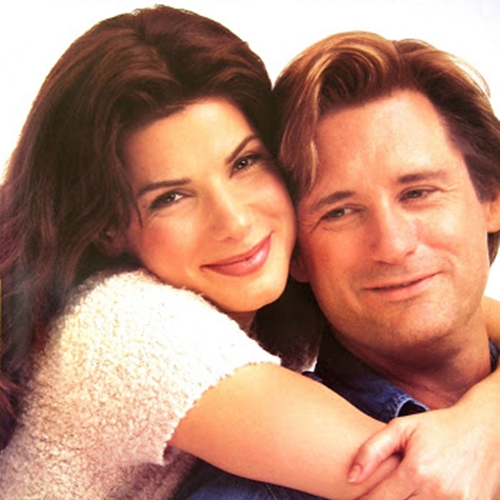 While You Were Sleeping was reasonably popular with critics and extremely popular at the box office, meaning that it is still one of Sandra Bullock’s top ten highest-grossing films of all time.

The film made a total of £182 million worldwide from a budget that was estimated to be around £17 million. 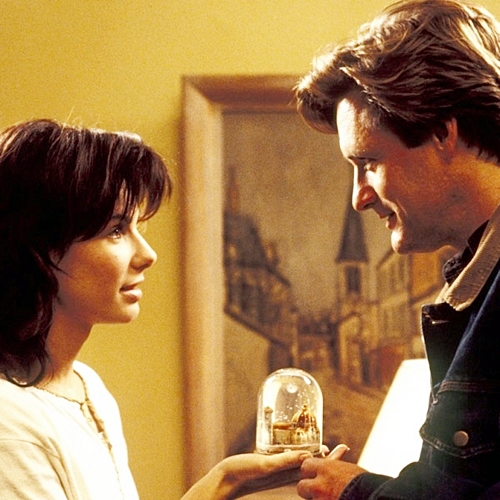 We love Sandra Bullock in almost every film that she’s in, but she was nominated for her first major award for her performance in While You Were Sleeping.

Bullock was nominated for the Golden Globe for Best Actress in a Motion Picture Comedy or Musical, but lost out to Nicole Kidman for her performance in To Die For.

2. Its writers never again had one of their scripts made into a film 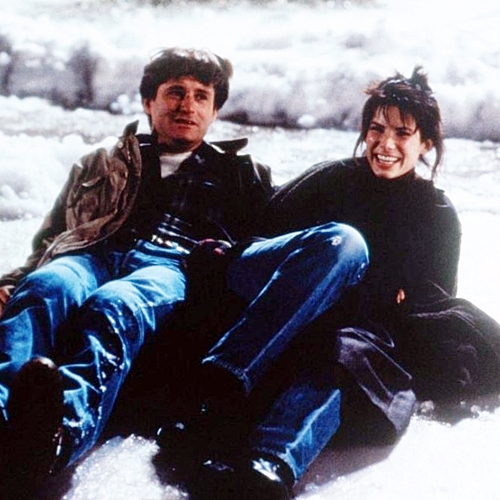 The film’s writers Daniel Sullivan and Fredric Lebow never had another one of their scripts made into a film, with Lebow once saying “we either sold or were commissioned to write 14 screenplays…All our other stuff is just gathering dust on studio shelves. It’s sad, but it’s part of the industry.”

Lebow went on to say that “after While You Were Sleeping, for three to five years we could do anything we wanted. But then if another movie isn’t made, you can fall off the radar.”

1. You can visit the Callaghan family home in real life 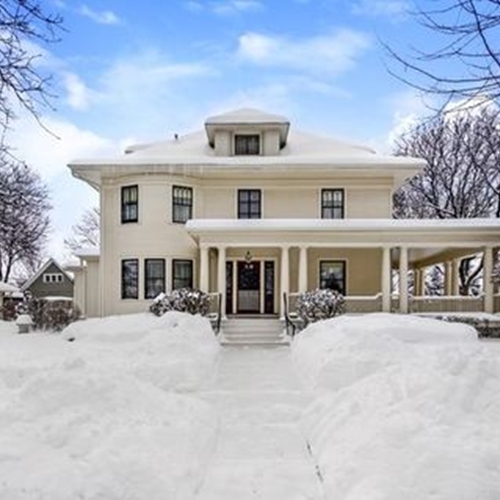 Whilst many of the film’s hospital scenes were actually filmed on a purpose-built set, the Callaghan’s family home was absolutely real.

If you’re a massive While You Were Sleeping fan and would like to try and track the house down, we can reveal that it’s located in La Grange, Illinois.