Telling the story of a homeless man given shelter by a businessman and his status-obsessed wife, Down and Out in Beverly Hills was released to positive reviews as well as modest box office success.

Starring Nick Nolte as the film’s titular down-and-out character Jerry Baskin, alongside Richard Dreyfuss as Beverly Hills resident Dave Whittman and Bette Midler as his wife Barbara, Down and Out in Beverly Hills is a fun film that was described by one reviewer as being “more intelligent and relevant than most of the serious films around.”

Below are some fascinating facts about this 1986 film that may well have passed you by. We hope this article encourages you to dig it up and watch it as soon as you possibly can!

10. It’s based on the 1919 French play Boudu Saved from Drowning 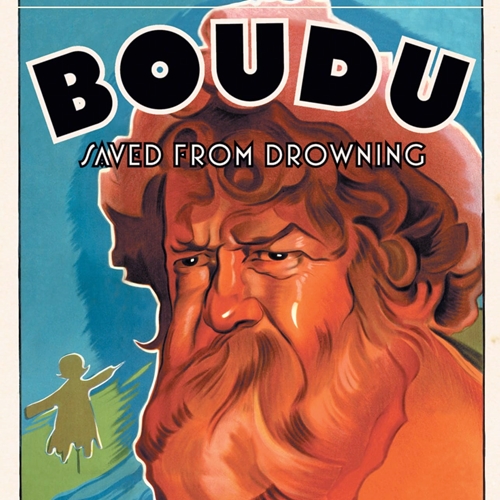 Down and Out in Beverly Hills is based on a 1919 French play called ‘Boudu sauvé des eaux’ (translated as Boudu Saved from Drowning).

Boudu sauvé des eaux had already been adapted into a 1932 social satire comedy film by Jean Renoir, a well-known French director, writer, producer and actor who made more than 40 films from the 1920s through to the 1960s.

9. It could have starred Warren Beatty as Dave alongside Burt Reynolds or Jack Nicholson as Jerry 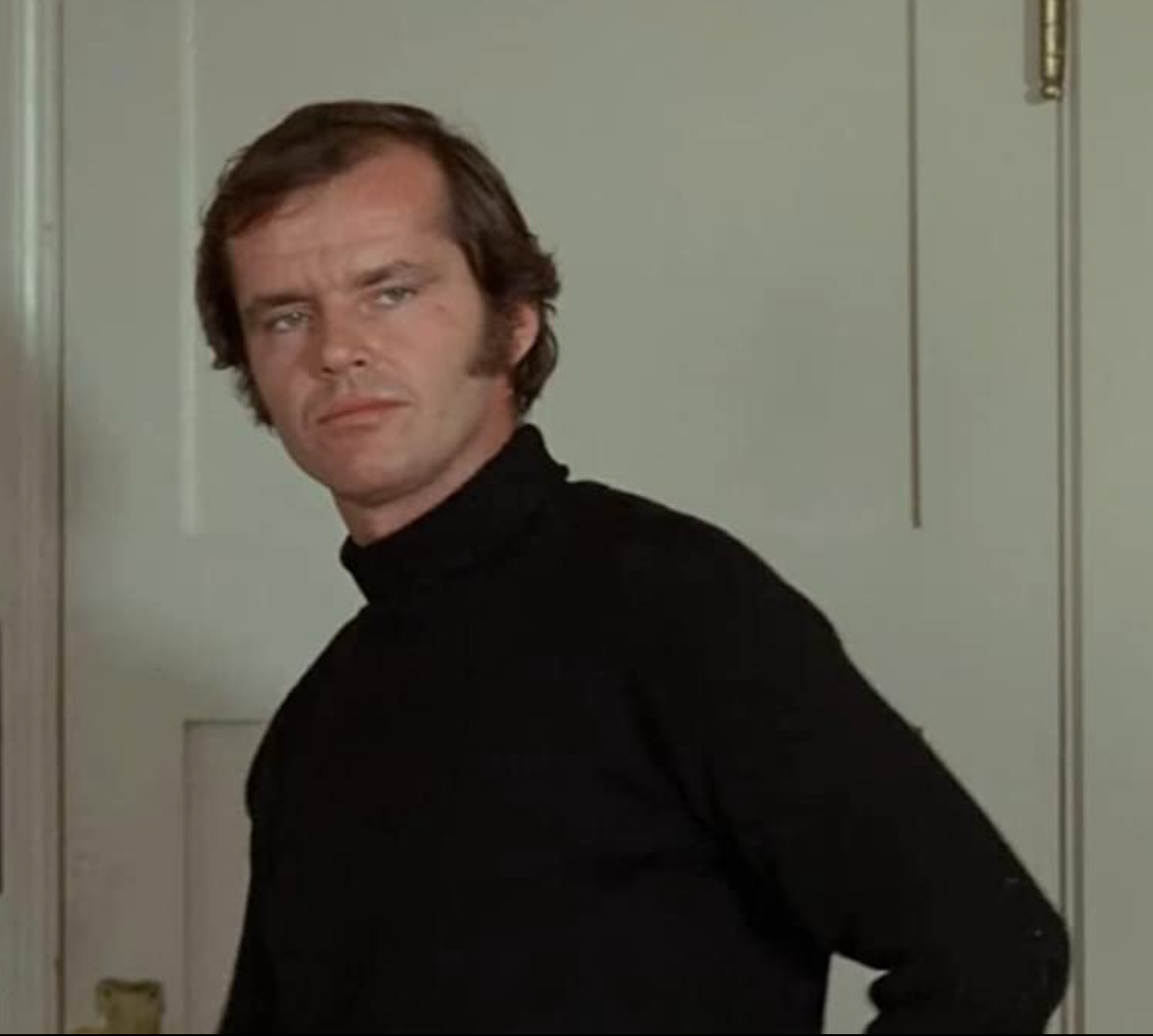 The casting of the film, which was given the working title Jerry Saved from Drowning, could have gone very differently, with Burt Reynolds being the first actor offered the role of Jerry Baskin.

Once Reynolds declined the project, the plan was for Jack Nicholson to play Jerry alongside Warren Beatty as Dave Whittman.

8. It was the first-ever Walt Disney film to receive an adult only ‘R-rating’ from the Motion Picture Association of America 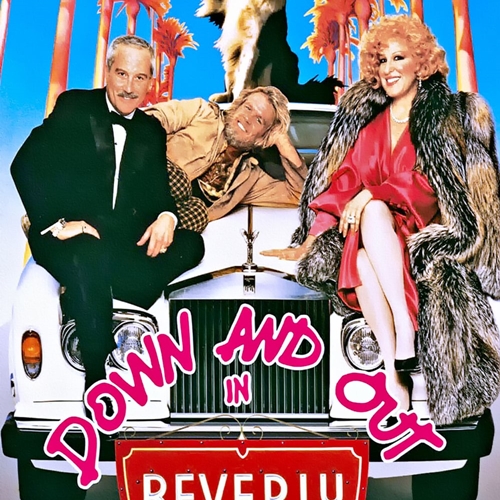 Down and Out in Beverly Hills was released by Touchstone Films, a Walt Disney Studios subsidiary that was created in 1984. Touchstone Films was intended as an outlet for the house of mouse’s more adult-focused productions such as Splash, which was the first film to be released under the label.

Down and Out in Beverly Hills was given an R-rating by MPAA (Motion Picture Association of America) for its sexual content, swearing and drug references, becoming the first Disney film to be given such a certificate.

7. Nick Nolte lived homeless for five weeks in preparation for his role 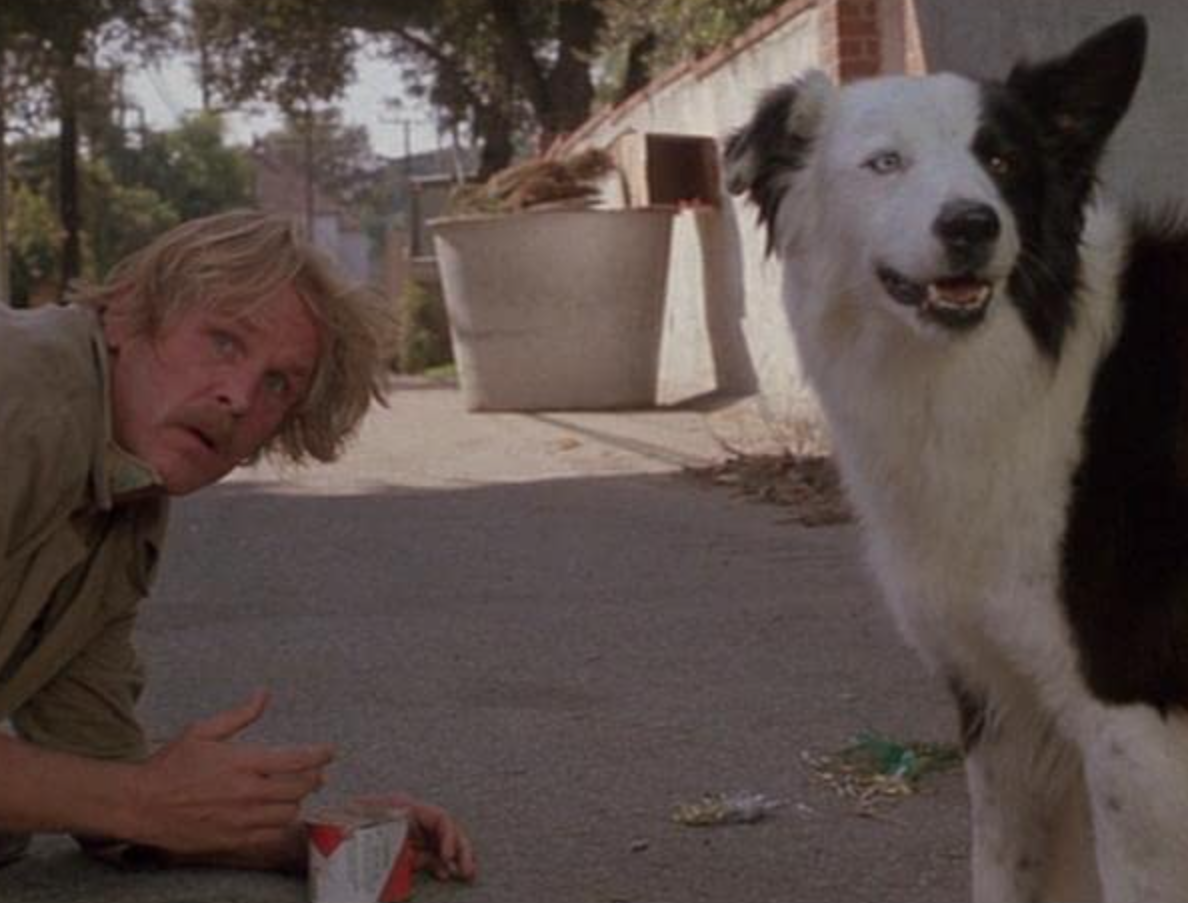 Nick Nolte was already a major player in Hollywood after starring in the likes of 48 Hrs, the 1982 action comedy that was Eddie Murphy’s film debut and was also credited as pioneering the ‘buddy cop’ genre.

Building on that success, Nolte decided to go to great lengths to ensure his performance as Jerry Baskin was as authentic as it could be, spending five weeks living on the streets to get an idea of what it was like to be homeless. 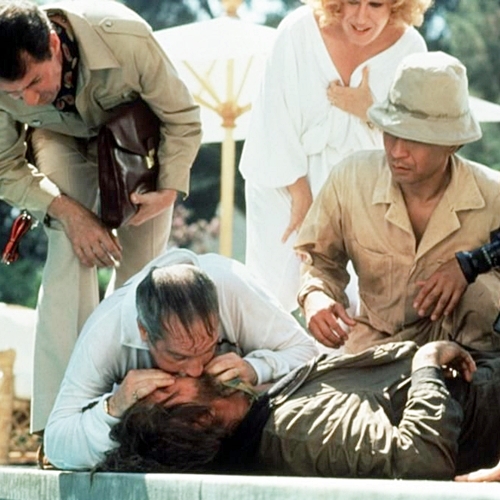 Remember the scene in which Nick Nolte vomits into Richard Dreyfuss’ face after the businessman rescues him from drowning? Well, the substance used wasn’t quite as bad as it looked.

Because the ‘vomit’ was created using a combination of beer and orange juice, and whilst it isn’t a concoction that we’ve ever tried, we’re sure it’s a hundred times better than being covered in the real thing!

5. The late musician Little Richard contributed to the soundtrack and even stars in the film 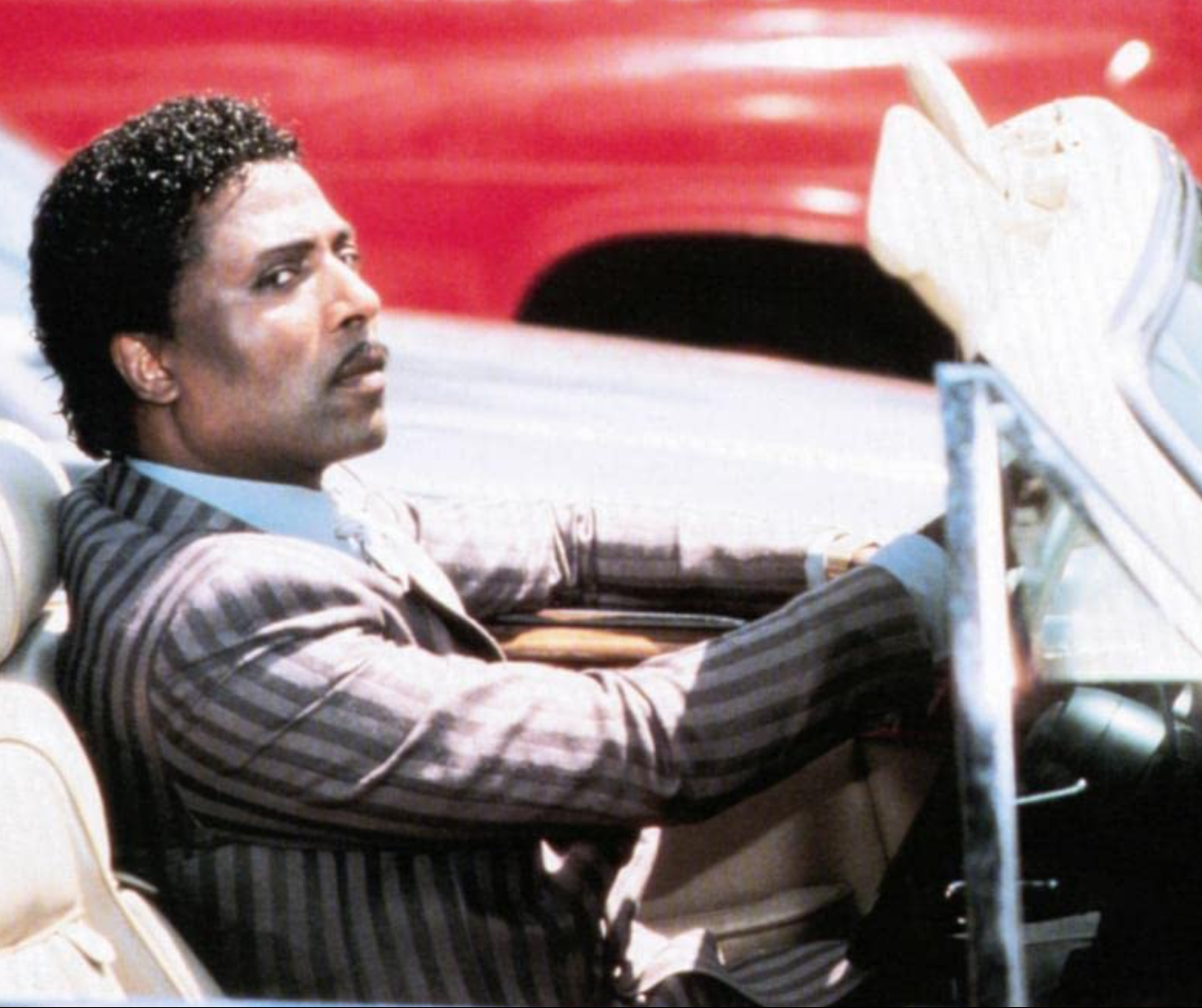 The legendary American singer-songwriter Little Richard, who passed away in May 2020 at the age of 87, contributed two songs to the film’s soundtrack.

But his input didn’t end there, because he also acted in the film as its fifth-billed star, playing Orvis Goodnight.

4. There are a number of references to Richard Dreyfuss’ previous Steven Spielberg-directed roles 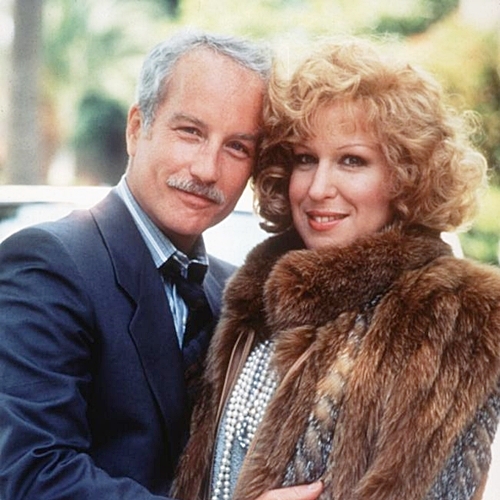 Down and Out in Beverly Hills contains a number of references to Richard Dreyfuss’ previous roles, such as when he drives past a poster advertising Jaws, the Steven Spielberg film which thrust the actor into Hollywood’s A-list.

Dave Whittman’s son Max also says “close encounters of the fourth kind, take one” when running out of his house with a video camera, referencing 1977’s Close Encounters of the Third Kind, another Steven Spielberg film in which Dreyfuss starred.

3. It’s credited with increasing awareness of the US emergency services number 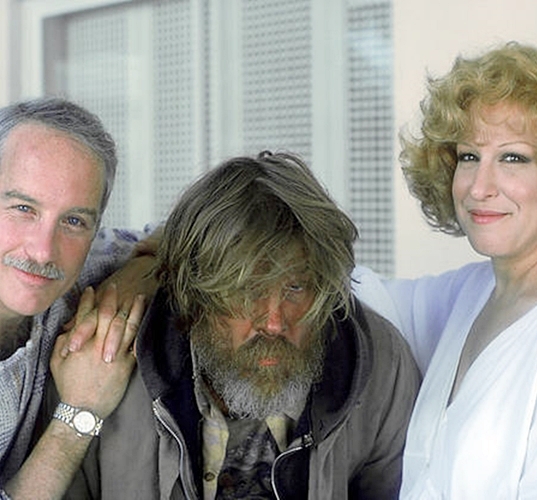 The film is credited with significantly increasing awareness of the American emergency services number 911.

This is due to the scene in which Richard Dreyfuss’ character Dave Whittman runs and yells “call 911, call 911!”

2. It was adapted into an unsuccessful TV sitcom in 1987 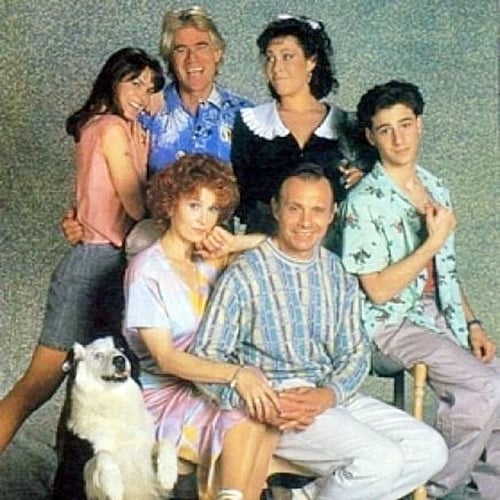 Only a year after the film was released, a Down and Out in Beverly Hills TV sitcom aired in the US, with Dave and Barbara’s son Max (played by Evan Richards in both productions) being the only character to make the transition to the small screen.

Unfortunately, the show’s ratings were poor, meaning that it was cancelled by Fox Broadcasting Company after just five episodes. 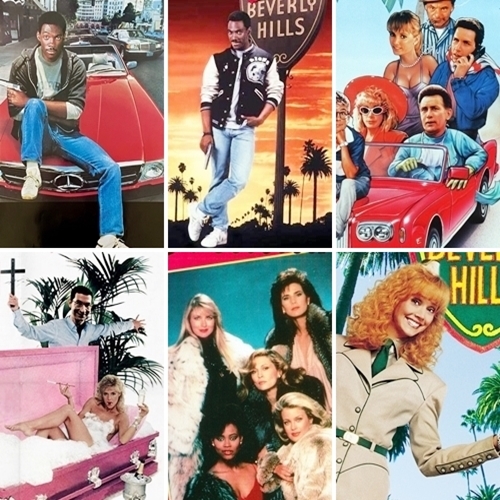 The success of Beverly Hills Cop in 1984 meant that there were soon a stew of films to feature the words ‘Beverly Hills’ in their title. Excluding the film that we’re referencing today, how many can you name?