Consisting of lead singer Morten Harket alongside Paul Waaktaar and Magne Furuholmen, A-ha hit the big time not long after they formed in Oslo way back in 1982.

We know that many of you were (and perhaps still are) massive fans of the trio, so we thought it was about time that we presented you with 10 fascinating facts about the band, who have all been ordained Norwegian Knights due to their massive contribution to the country’s music.

10. Two of their members started out in a band called Spider Empire

Whilst Bridges were recording their second album, Furuholmen and Waaktaar met Morten Harket, who had been writing music since he was four years old, and who was particularly inspired by the vocals of legendary Queen front-man Freddie Mercury.

9. A-ha was originally meant to be the name of one of their songs

Rather than being decided upon as a great name for their group right from the beginning, A-ha was originally a name that guitarist Paul Waaktaar planned on giving to a song he had written.

Morten Harket saw the word after Waaktaar wrote it down in a notebook, and immediately thought that it would be the perfect name for their newly formed band.

8. They released Take On Me three times before it became a hit

We’re sure you can’t imagine A-ha’s classic song Take On Me being anything other than an immediate pop classic, but it was only after being released three times that the song became a hit.

After the single’s initial failure the band completely re-recorded it and also created an accompanying animated video, which like the song is now regarded as being a classic, and was only the fifth music video to reach 1 billion views on YouTube.

7. The Sun Always Shines On TV was inspired by the words of a British Television announcer

A-ha guitarist Paul Waaktaar was inspired to write the group’s hit The Sun Always Shines on TV whilst in a British hotel watching, yes you’ve guessed it, television.

Apparently the voice announcing the next programme said “it’s a rainy day, but as always, the sun always shines on TV.”

6. They are one of the highest-grossing bands of all time

A-ha are one of the top 50 highest-grossing bands of all time, largely down to the year 2010, which saw them earn around half a million Norwegian kroner (about £400 million pounds) from concert ticket sales and the release of a Greatest Hits album.

The number of records they have sold throughout their career is debated, with estimates varying from 55 million to 100 million units.

5. They drew the highest-paying audience in concert history in 2015

A-ha are listed in the Guinness Book of World Records for two reasons, the first being down to lead singer Morten Harket, who once held a note for over 20 seconds during a live performance.

The band also holds the record for the highest paying concert audience in history, which came when they drew a crowd of 198,000 at the Estádio do Maracanã stadium during the 2015 Rock in Rio festival.

4. One of their members is now a renowned artist 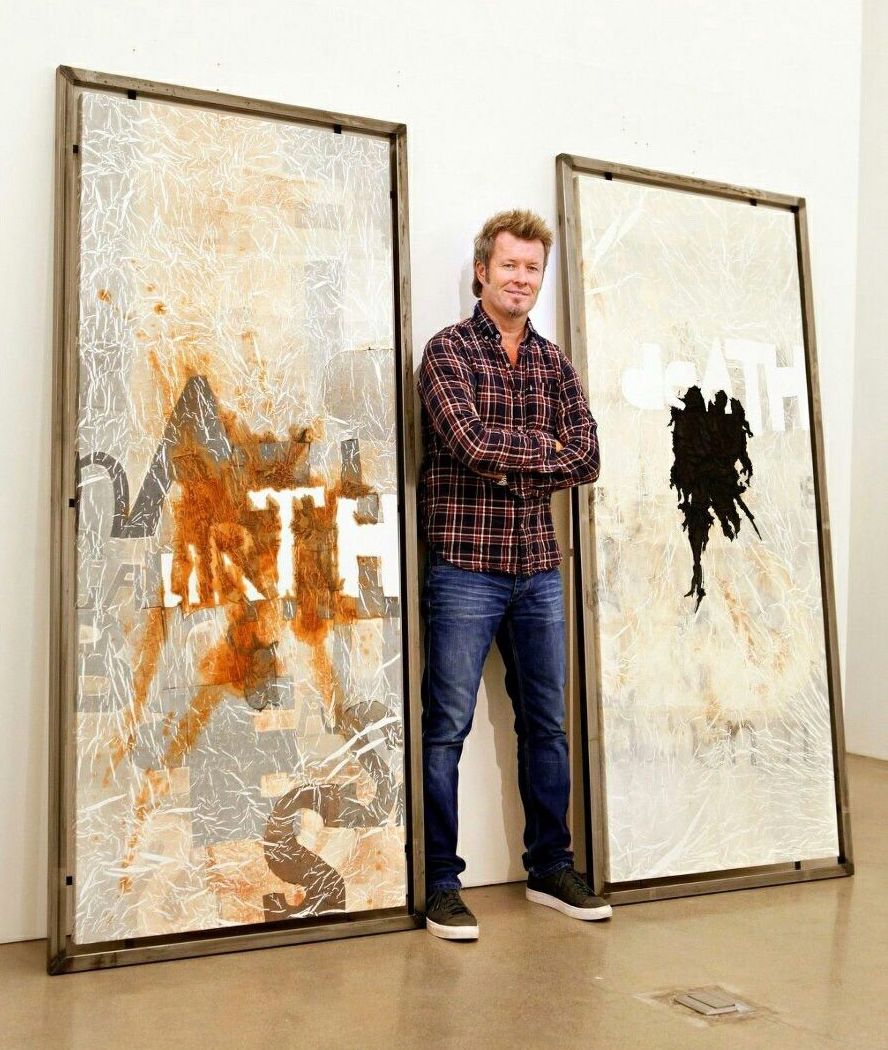 A-ha’s keyboard player and guitarist Magne Furuholmen, better known by his stage name Mags, is also a renowned artist, whose paintings have been on display at the Paul Stolper gallery in London.

Furuholmen’s paintings have also been used on Norwegian stamps, and in 2016 he created the largest ceramic sculpture park in Scandinavia, which he gave the name ‘imprints.’

3. They have won as many MTV Video Music Awards as Michael Jackson

A-ha have won an impressive eight MTV Video Music Awards over the years, the same number as Green Day, Eminem and Michael Jackson.

Unfortunately, they failed to win the Best New Artist Grammy Award that they were nominated for in 1986, but they have won 10 Spellemannprisen awards, which are the Norwegian equivalent of the Grammys.

2. Their fans include Liam Gallagher and Pitbull

Perhaps unsurprisingly, a number of music artists and bands have admitted to being big fans of A-ha, including Chris Martin from Coldplay, Adam Clayton from U2, and even Liam Gallagher and American rapper Pitbull.

A-ha’s music has appeared in numerous films and TV shows over the years, with examples including Grosse Pointe Blank, the James Bond film The Living Daylights (for which they specifically wrote the theme song of the same name), Baywatch, The Simpsons and South Park.

1. They have never officially split up

Despite going on a farewell tour a decade ago, A-ha have never officially split up and do still occasionally perform together.

“The whole time, it was more or less obvious that we should do something more,” Morten Harket has been quoted as saying, “because we feel A-ha is everything but a finished chapter. A large part still needs to be said and done.”