We’ve all had a go at walking like an Egyptian, and some of us may even have tried belting out Eternal Flame in a karaoke bar. But how much do you know about the group that released those two massive hit records?

Below are 10 fascinating facts about the brilliant, talented and gorgeous The Bangles.

10. They initially bonded over their shared love of The Beatles 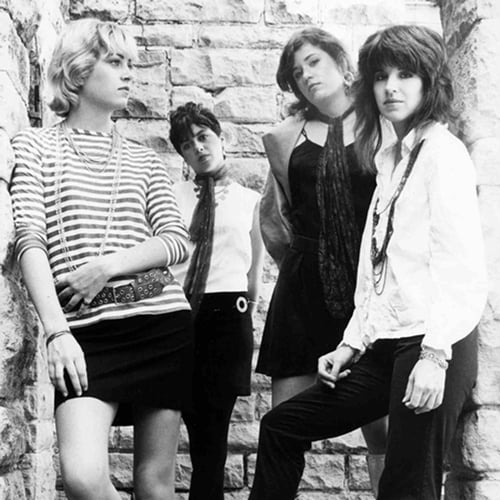 The Bangles formed all the way back in 1982 in Los Angeles, when two of its members placed separate advertisements in local papers looking to form a band. They later bonded over their shared love of The Beatles, something which wasn’t too common in the early 1980s.

“I mean, the Beatles were always revered, but you didn’t necessarily find a lot of 21-year-olds at that time who were going ‘yeah I’m obsessed with the Beatles,” band member Susanna Hoffs has been quoted as saying.

9. The band was originally called The Colours, then The Bangs 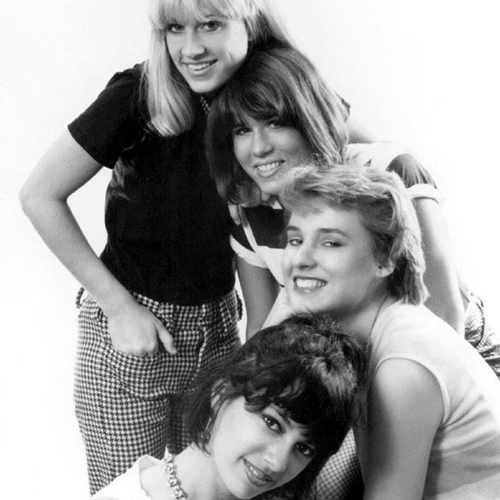 The group was originally called The Colours, before they had a change of heart and renamed themselves The Bangs (yes, Bangs).

Unfortunately, another act was also performing under the name The Bangs, so original group members Susanna Hoffs, Annette Zilinskas, Debbi Peterson and Vicki Peterson simply added three letters to the end of their name to become The Bangles.

8. They were originally a rock band who all played instruments 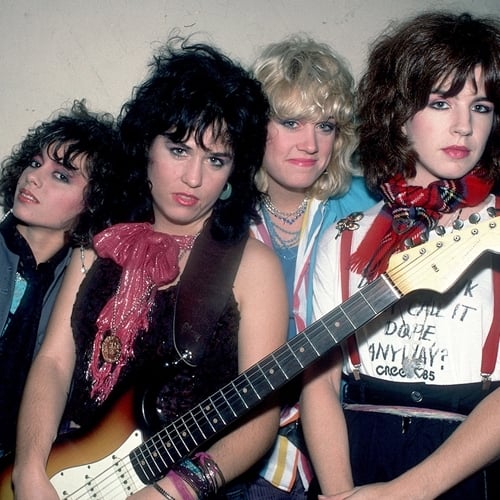 They would eventually become known for their polished pop music, but The Bangles sounded a lot different when they first began gigging and recording in the early 1980s.

The girls, who all played instruments, originally had a very different sound that was mainly influenced by 1960s rock music, including the aforementioned The Beatles.

7. One of their biggest hits was written by Prince 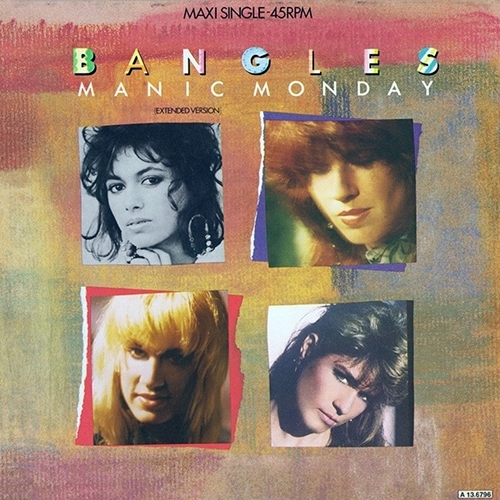 When The Bangles were in their infancy, they were noticed by the late legend that is Prince, who offered them a song he had written called Manic Monday.

The song was a big hit for the girls, reaching number two in both the US and the UK, where it was only kept off the top spot by Prince’s own single Kiss.

6. They didn’t write any of their first four top ten singles 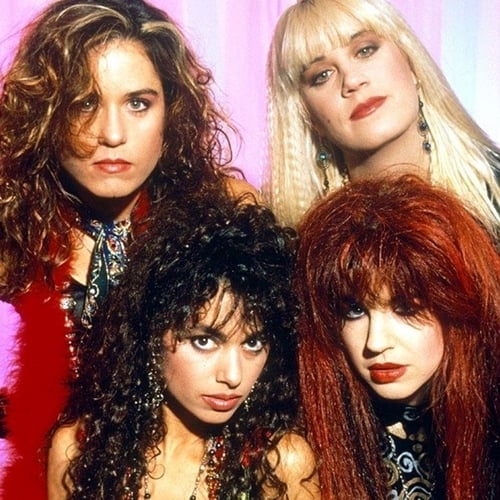 The Bangles are known for writing nearly all of their own material, despite the fact that their first four top 10 singles were all penned by someone else. In addition to Prince’s Manic Monday, If She Knew What She Wants was written by Jules Shear, Walk Like an Egyptian by Liam Sternberg, and A Hazy Shade of Winter was a cover of the 1966 Simon & Garfunkel hit.

Band member Vicki Peterson has been quick to dismiss any criticism, though, saying: “we’ve always been writing. Yes, we accepted outside material, big deal. They were good songs, we wanted to do them. We’re not stupid, we hear a good song, we’re gonna want to do it.” 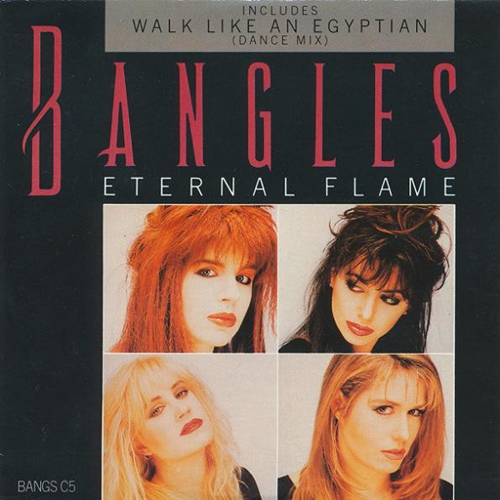 Even if you weren’t a big fan of The Bangles then you must still be aware of their 1988 hit single Eternal Flame, which was at the time the biggest selling single ever by an all-female group.

Susanna Hoffs later revealed that she was completely naked when she recorded Eternal Flame’s lead vocal, wanting to emulate Olivia Newton-John, who reportedly did the same in an attempt to make her voice sound more “vulnerable.”

4. The other members of the group came to resent Susanna Hoffs 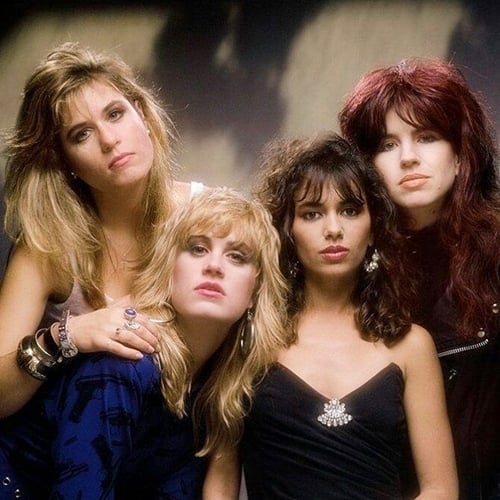 Despite their success, it wasn’t long before there was trouble within The Bangles, with other members of the group reportedly resenting that Susanna Hoffs was usually considered their lead singer, even though they always shared lead vocals out equally on their albums.

This friction meant that the band soon split up, after which Hoffs embarked on a fairly unsuccessful solo career that only lasted for two albums.

3. The band eventually reformed and are touring to this day 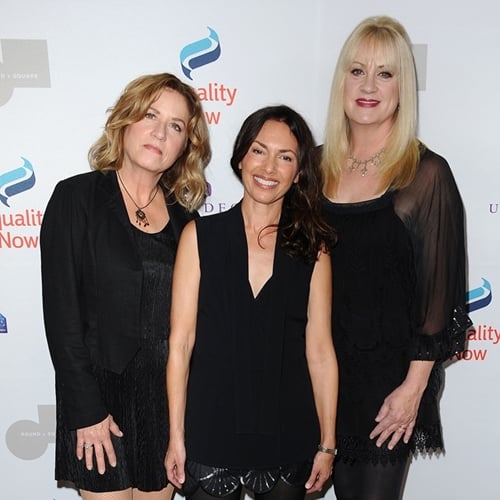 A decade after Susanna Hoffs’ unsuccessful solo career, The Bangles reformed to record a song for the soundtrack of the film Austin Powers: The Spy Who S****ed Me.

The girls are still officially together, and although the last time they toured was in 2016, they did record three new tracks as part of a compilation album in 2018.

2. The band now admit to missing the days when they weren’t famous 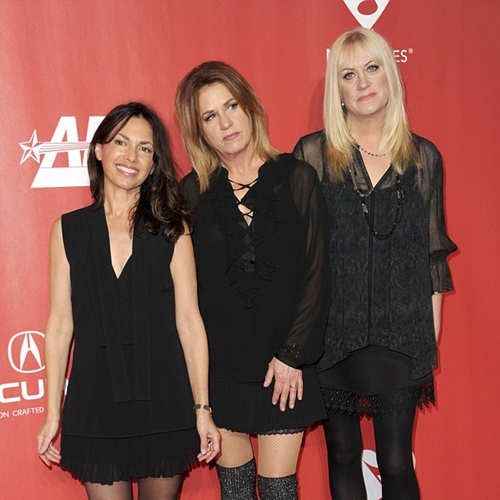 The Bangles have been honest about not always being excited about the fame they found in the 1980s, with Debbi Peterson revealing that they sometimes miss playing to unimpressive crowds in small venues.

“I kind of miss the simplistic days,” Peterson has been quoted as saying. “It does seem to get very complicated as you go on. I do miss playing in the clubs. I think that’s natural for any band, they get successful and then they start going, ‘Oh, remember the days when we used to play at such and such and it was so hot and sweaty and gross, but wasn’t it fun?’” 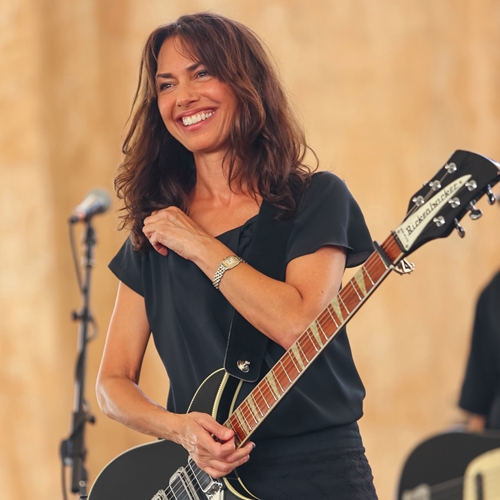 Susanna Hoffs, as well as having a solo career, has also tried her hand at acting, appearing in a handful of films over a number of years.

Hoffs appeared in the 1978 film Stony Island, which was co-written by her mother, as well as 1987’s The Allnighter, a comedy that was directed by her mother.