In 1983, after a long break from playing 007, Sean Connery returned for one last turn as Jame Bond in Never Say Never Again.

The film had a much lighter tone than many of the other Connery Bond movies, and was more akin to the humorous Bonds of Roger Moore.

Many thought that Connery was a bit too old to return to the role and this unofficial 007 movie certainly had a very different feel to the rest of Connery’s starring roles as Bond. Let’s take a look back at Never Say Never Again with some facts you may not have known.

12. Sean Connery’s wife came up with the title 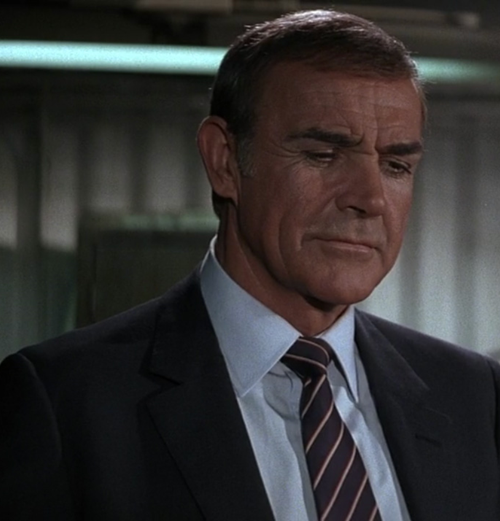 It has been said that, after starring in Diamonds are forever, Connery said he’d never star as Bond again. His wife’s response was “Never say never again” and it is thought this inspired the title of the film. 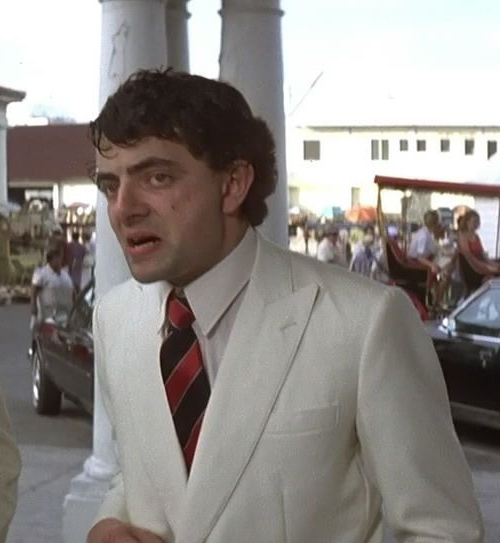 Rowan Atkinson was already making a name for himself as a comedian and TV star, but Never Say Never Again represents his first move to the big screen in a movie. 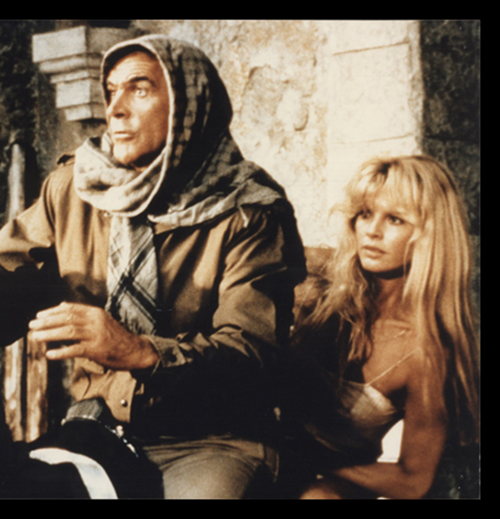 Before Connery, executive producer Kevin McClory was considering getting George Lazenby back in to play Bond again, but gave up on that when he heard Connery was interested.

9. Connery got to pick his castmates 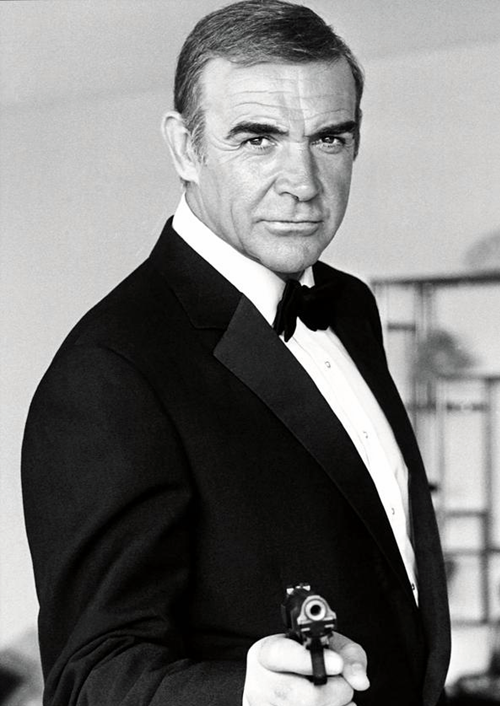 Part of the appeal to returning as Bond for Connery was that he was given much more creative input and even had a hand getting the likes of Max von Sydow and Kim Basinger cast in the movie.

8. It’s the first Bond film not to be named after an Ian Fleming story 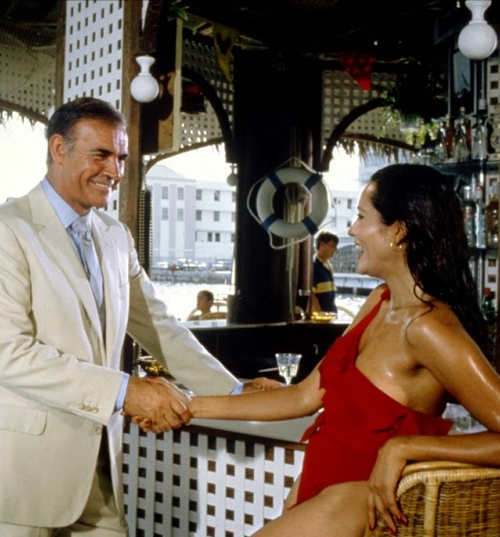 All Bond films up to this point had been named after stories by Ian Fleming, but Never Say Never Again represents the first Bond movie with an original title.

7. The film went up against Roger Moore Bond movie Octopussy at the box office 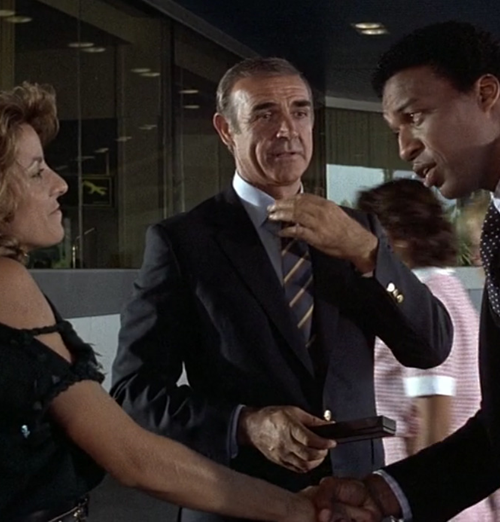 1983 was one of only two years in which two separate Bond movies were released, by different studios, with the press dubbing it Bond vs Bond with Octopussy and Never Say Never Again released just months apart. 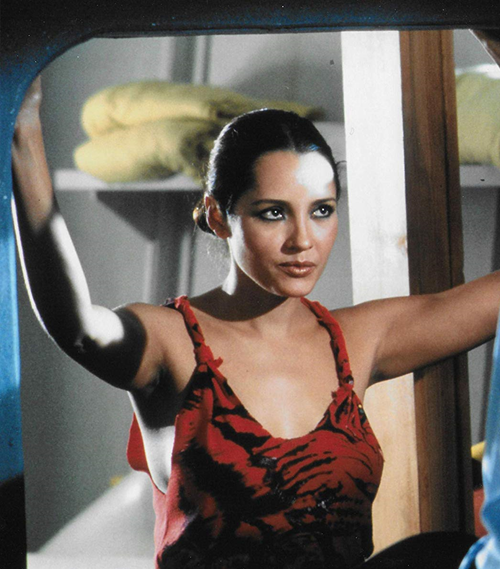 Barbara Carrera was offered a role in Octopussy, but turned it down in favour of appearing in Never Say Never Again instead, even though it was a smaller role, because she wanted to star opposite Sean Connery.

5. Carrera refused to let a body double perform her love scenes with Connery 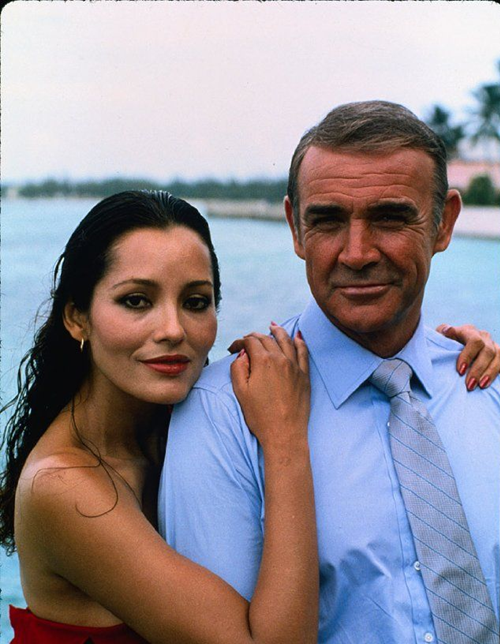 Many stars use body doubles in love scenes, but when appearing in the love scenes with Sean Connery, Barbara Carrera decided she would do them herself without using a body double.

4. It was the third time Kim Basinger had been asked to play a Bond girl 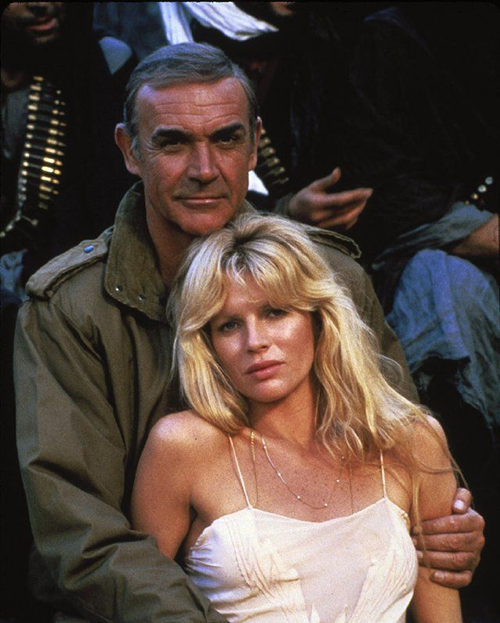 When she was asked to star as Domino in Never Say Never Again, Kim Basinger had already turned down two offers to star in previous Bond films as she wanted to be taken seriously as an actress and felt being a Bond girl was the wrong move.

3. Basinger took the role to boost her career 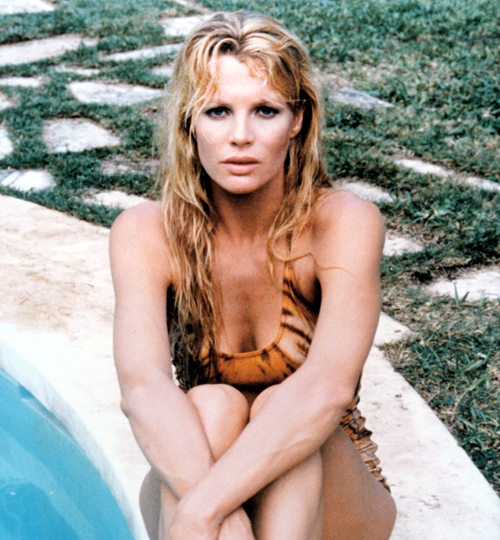 When she was offered a third opportunity to appear in a Bond film, Basinger decided to take it as her career still hadn’t taken off in the way she wanted and she knew a Bond film would give her a lot of exposure as an actress.

2. Basinger had one of her worst experiences making the film 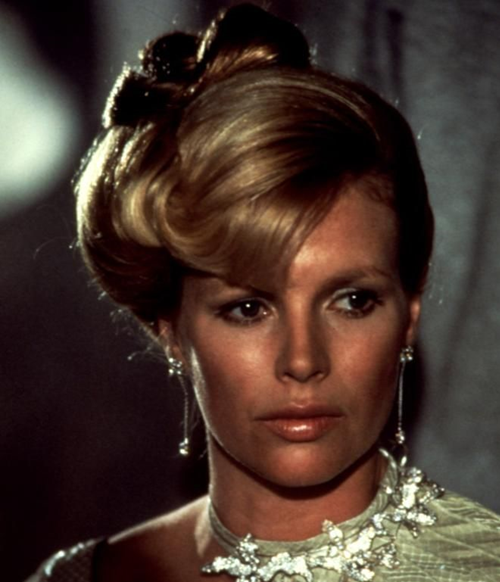 Basinger has gone on to say that Never Say Never Again was one of the worst experiences she ever had on a movie and that she did not get on well with director Irvin Kershner at all.

1. There was a lot of deleted footage 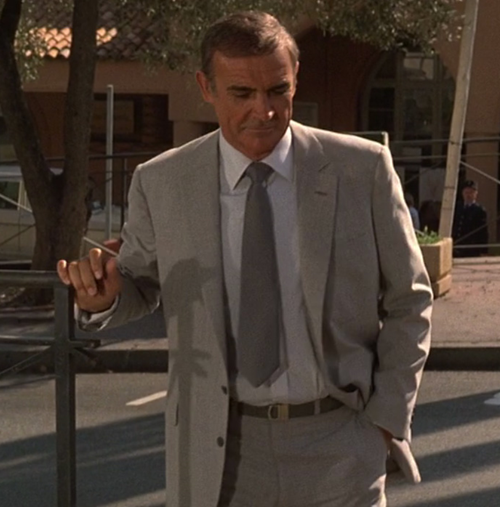 Far more footage was shot than was used in the final movie, and there have been several discussions about a different edition of the film being released, but none have ever come to pass as of yet. Many of the removed scenes have never been seen by the public.