Everybody Needs These 10 Fascinating Facts About Neighbours

There was only one TV show that we talked about every single day on our 1980s school playground, and it featured a handful of families going about their everyday lives in a beautiful, sunny land down under. Neighbours has now been on our TV screens for a staggering 37 years and 8755 episodes, but there can’t be many who would disagree that the show’s heyday was during the late 1980s, when the likes of Kylie Minogue, Jason Donovan and Guy Pearce occupied Ramsay Street’s luxurious houses. Below are 10 amazing, Aussie facts about everyone’s favourite childhood soap opera.

10. It took inspiration from Coronation Street and Crossroads 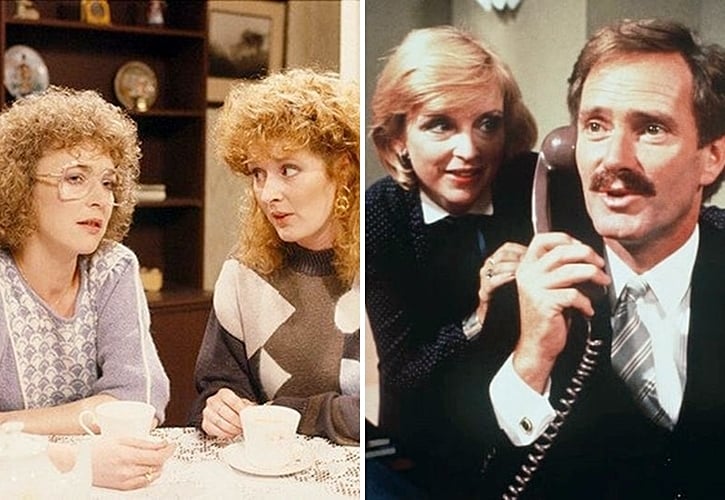 Neighbours was created by the late Reg Watson, a TV Executive who was born and raised in Australia before he moved to the UK at the age of 29.

Whilst in the UK Watson created Crossroads, which was described as “Britain’s first true soap opera,” and it was this show and fellow British soap Coronation Street that gave him the idea for a similar show set in the sunny climes of Australia.

9. It could have been called No Through Road or One Way Street 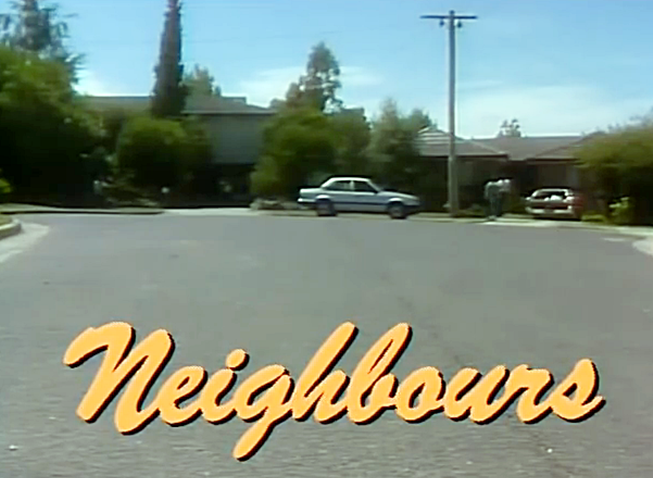 A number of different titles were considered for Watson’s new show, including No Through Road, One Way Street, Living Together and People Like Us.

“In the end it came down to being what it is, a story around neighbours,” Watson has been quoted as saying about the name he eventually settled on.

8. It was originally cancelled after less than a year 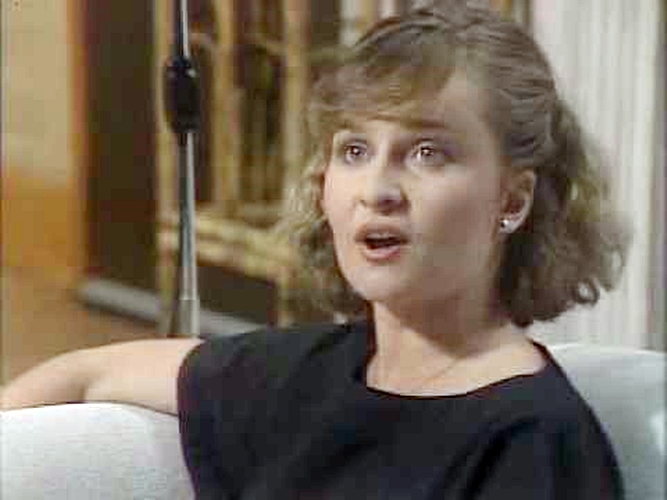 Watching every single episode of Neighbours continuously would take you over half a year, but the show almost ended only eight months after it first aired in March 1985, when poor ratings led to Australia’s Channel 7 deciding to pull the plug.

A life without Kylie and Jason doesn’t bear thinking about, so we’re extremely grateful to rival Aussie network Channel 10, who saw the potential Neighbours offered and swiftly resurrected our favourite Ramsay Street chums.

7. A complaint from the BBC controller’s daughter led to the show being rescheduled 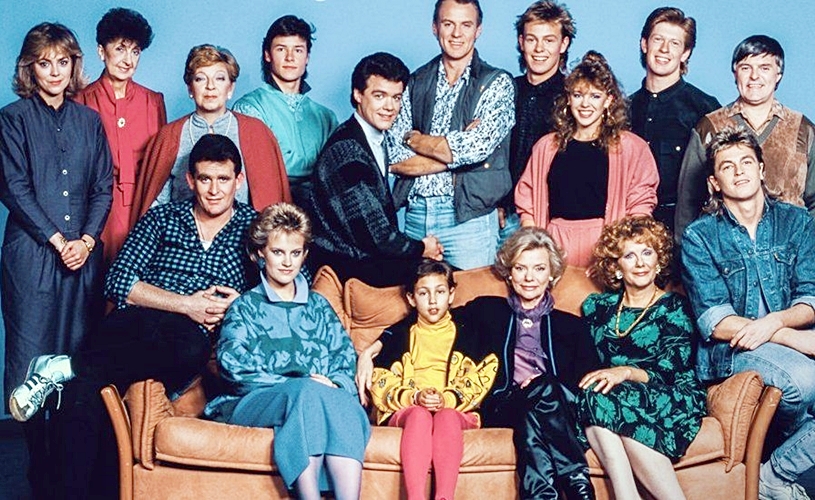 The then BBC controller Michael Grade was encouraged to move the show’s morning repeat to a late afternoon slot by his daughter, who complained that there was no opportunity for her and her friends to watch the show outside of school hours.

Her advice brought dividends when the new tea-time slot, introduced in January 1988, led to the show attracting a much larger audience.

6. Scott and Charlene’s wedding was watched by nearly a third of the UK 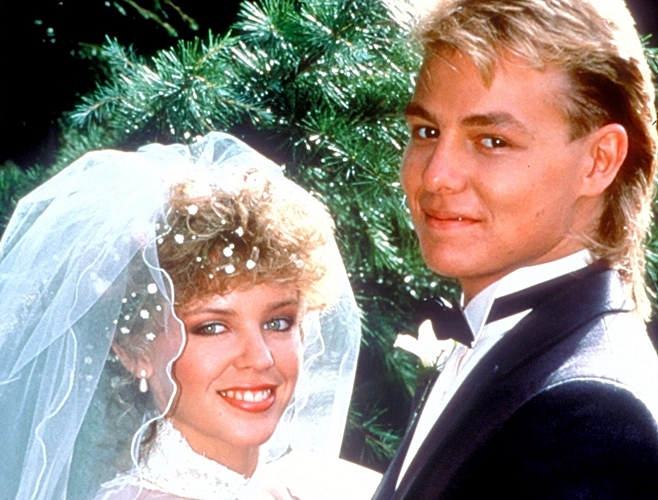 All Neighbours die-hards will remember the momentous day when lovebirds Scott and Charlene tied the knot, in what has to be one of the only soap opera weddings in history to proceed without some kind of tragedy accompanying it.

The Angry Anderson soundtracked episode, which was broadcast in November 1988, was watched by nearly 20 million people in the UK alone, around a third of the country’s population.

5. At least ten cast members have embarked on a pop music career 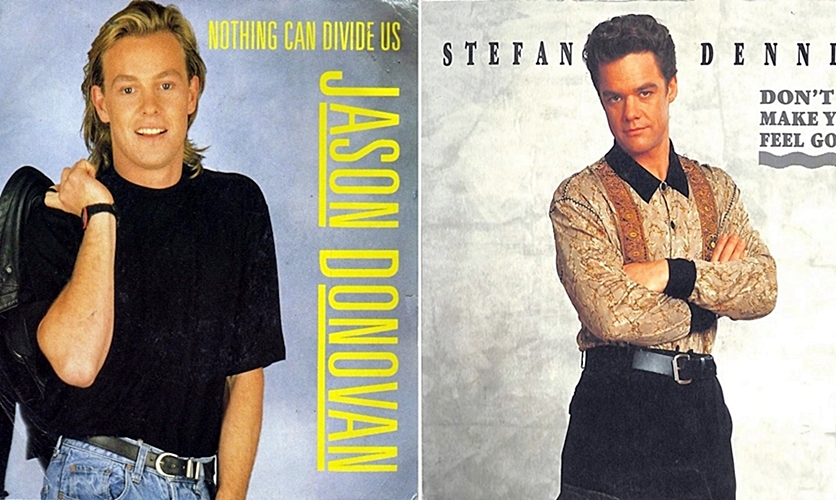 The move from acting in Neighbours to embarking on a pop music career has proved an incredibly popular one since Kylie Minogue started the trend with her 1987 chart-topper I Should Be So Lucky.

4. It is one of Australia’s most successful exports 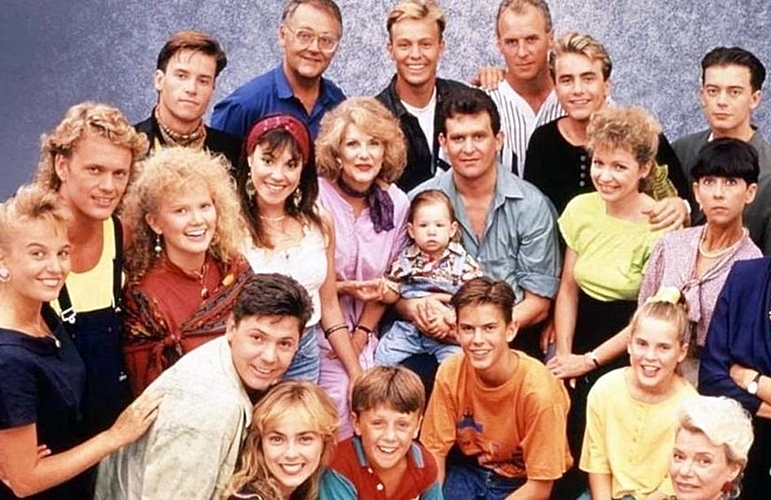 Neighbours has proved especially popular in the UK, where it was broadcast on BBC One until Channel 5 took the reins in 2008, but it has been sold to over 60 different countries.

This makes the show one of Australia’s most successful entertainment exports of all time, and it is also the longest-running drama in Aussie TV history. 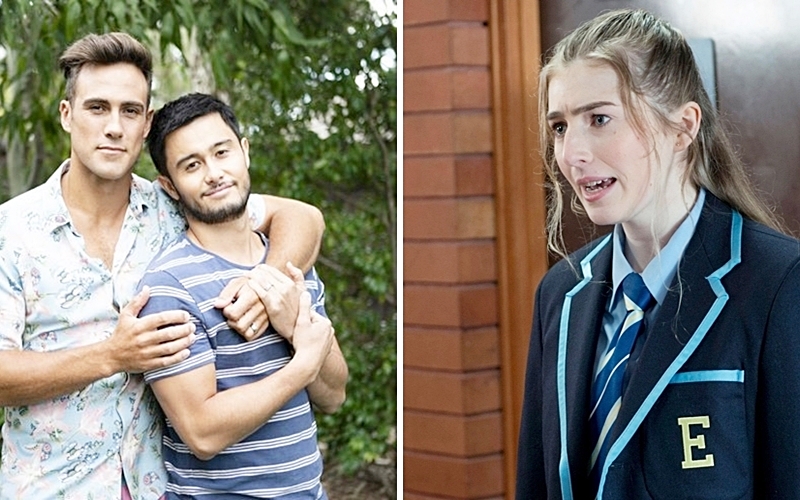 Neighbours’ 2018 marriage between Aaron Brennan and David Tanakawas was the first same sex-sex marriage in an Australian TV drama.

2. Producers decided that the show would never mention Coronavirus 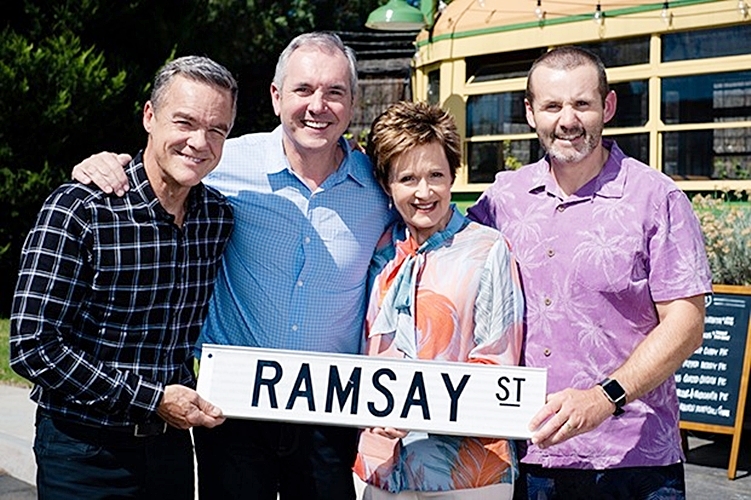 Even though Neighbours’ cast and crew had to deal with Coronavirus like the rest of the world, it was decided that the show itself would never refer to the pandemic.

“There’s a creative question,” current Executive Producer Jason Herbison has recently been quoted as saying. “Will our viewers want to switch on Neighbours and relive it again, or is it our job to provide escapism? I tend to feel it’s the latter.”

1. Rumours suggesting the show was on the verge of being cancelled proved false 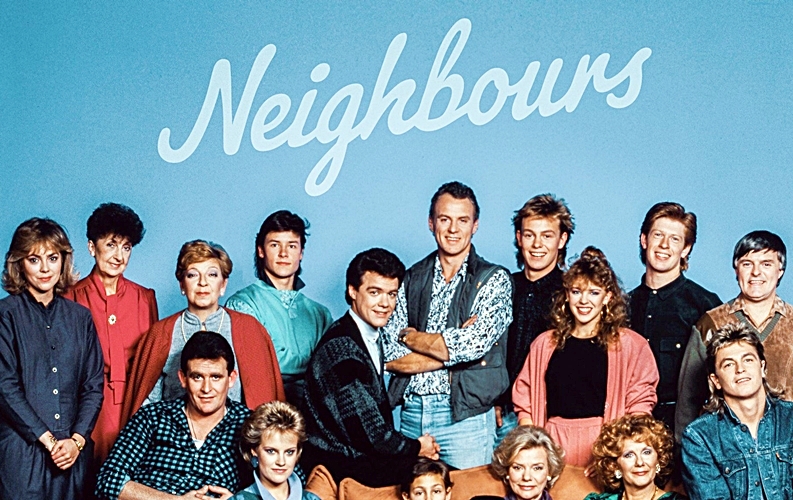 In July 2021, Neighbours began airing four rather than five times a week in Australia, leading to speculation that the show was on the verge of being cancelled.

These rumours proved to be unfounded, with the real reason for the episode cut being to synchronise the Australian broadcast of the show with the one in the UK, which had fallen behind when episodes were cancelled during the COVID-19 pandemic.