Erik Estrada Played A Police Officer In CHiPs – Then He Became A Real Cop!

With his beaming smile and thick hair, Erik Estrada was an 80s heartthrob in CHiPs, in which he starred as a law enforcement officer of the California Highway Patrol. However, it’s a little-known fact that – after Estrada had cashed in his CHiPs on his television career – the ‘Ponch’ actor made the move into law enforcement for real!

So how does a starry-eyed actor turn in his fake badge for a real one? Read on to find out.

Estrada found fame in his 20s 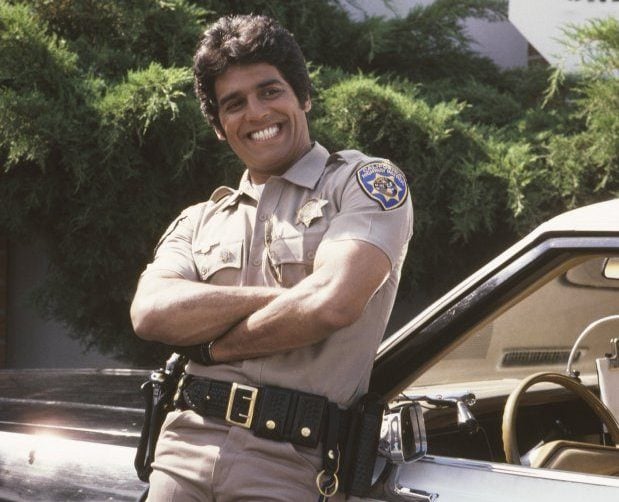 Erik Estrada always wanted to be a cop. Born to a seamstress in East Harlem in 1949, Estrada took an unconventional route to achieving his dream career: one that made him a small screen star.

After being cast in small roles in Hawaii Five-O and the disaster film Airport 1975, as well as playing an LAPD officer in 1972’s The New Centurions alongside George C Scott, Estrada’s big break came at the tender age of 27 when he was hired for CHiPs.

While he wasn’t a real police officer, Estrada had more thrills and spills during his six years on the show than many cops experience in a lifetime! During his time playing Officer Frank ‘Ponch’ Poncherello, Estrada trained in martial arts and was voted one of the top 10 sexiest bachelors in the world.

He also became a reserve police officer with the Muncie, Indiana Police Department, kickstarting an actual law enforcement career. In 2016, he moved to St Anthony Police Department in Idaho.

An honor for me and my partner daryl Williams ,we now serve the saint Anthony police dept. Proudly. pic.twitter.com/pzrhhC3PU9

During a stint working as a police officer in Virginia, Estrada found his true law enforcement passion, and it’s about as different to highway patrols as you can get: Internet Crimes Against Children.

He’s recently been back out from behind a desk and patrolling in Idaho. Who knows? Maybe that officer walking up to give you a speeding ticket could be one of the biggest small-screen stars of the 80s. Note: you should still co-operate and pay any fines even if it isn’t Erik Estrada wearing the helmet.

Take a trip down memory highway (at a safe speed) with this old TV intro: