What Ever Happened To Fruitopia, The Grooviest Drink Of The ’90s?

Those of us who are lucky enough to remember this tasty drink are probably wondering what ever happened to Fruitopia. It was the go-to drink on a hot summer’s day for a long time and each flavour felt like a utopia on our taste buds. So without further ado, let’s find out what happened to this awesome drink from the past.

In the article below, we look at the history of Fruitopia and find out why it disappeared from supermarket shelves. Enjoy!

Many of us will most likely remember the tasty drink in this bottle design: 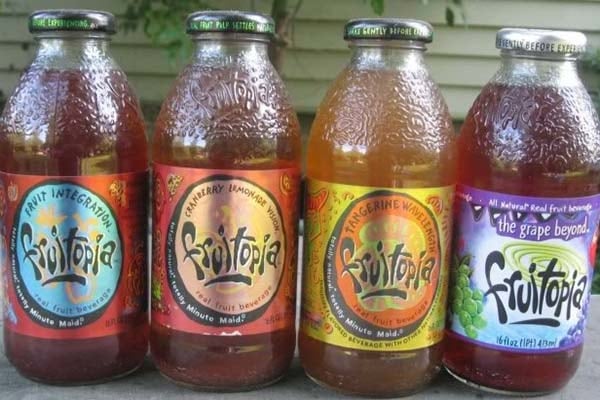 It was created by the Coca Cola company but after its release in 1994, people claimed that it was nothing more than a Snapple knock-off. The issue even made the press, with an article in The New York Times stating: “There’s no question Fruitopia is very much a me-too . . .It’s basically a Snapple knock-off.” 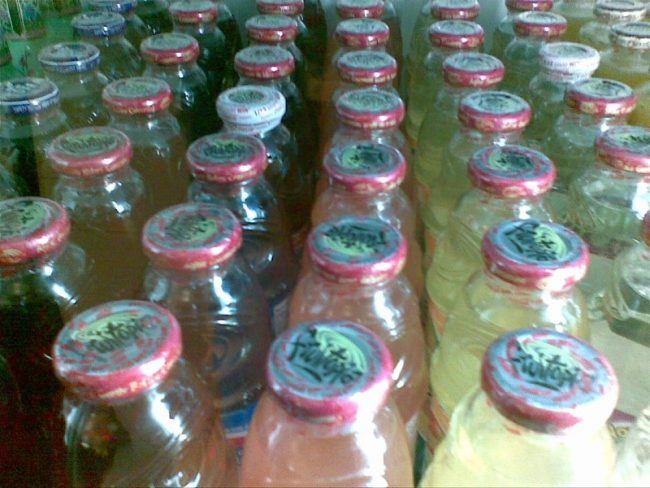 Even if it was similar in taste to Snapple, Fruitopia definitely appealed to a different audience of people. The creators tapped into a psychedelic market with its popular commercials featuring a kaleidoscope of colours and hippy music. 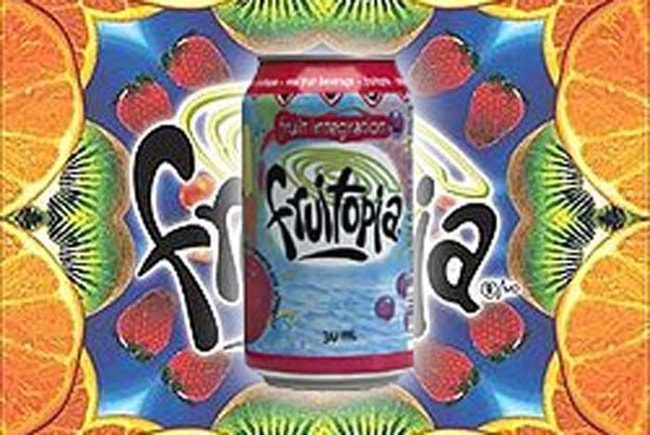 Did you know that the Coca-Cola company actually paid youngsters to drive around the country in this crazy bus to hand out free samples?

They even gave the flavours some weird hippy names such as ‘fruit integration’ and ‘blueberry watermelon wisdom’. Check it out: 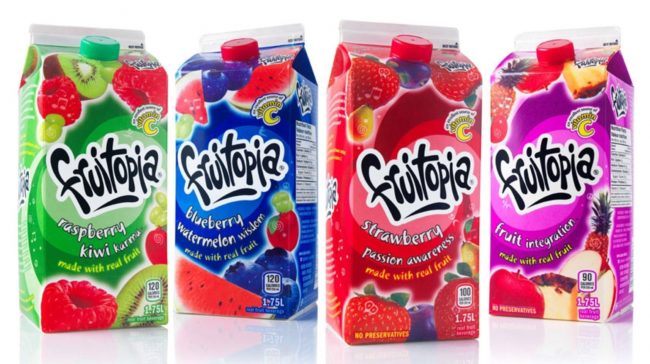 These handy little Fruitopia machines were popping up in high schools everywhere. Do you remember them? 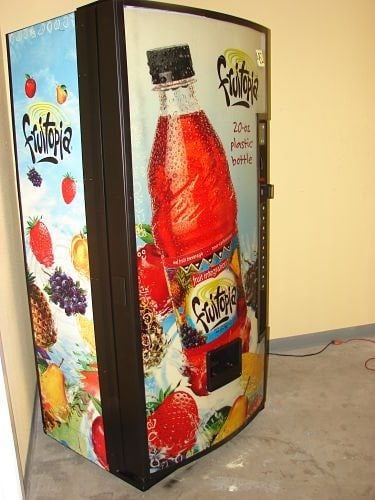 7. Spotlighted in ‘The Simpsons’

The home-run for this beverage was when Stephen Hawking had this to say about the drink: 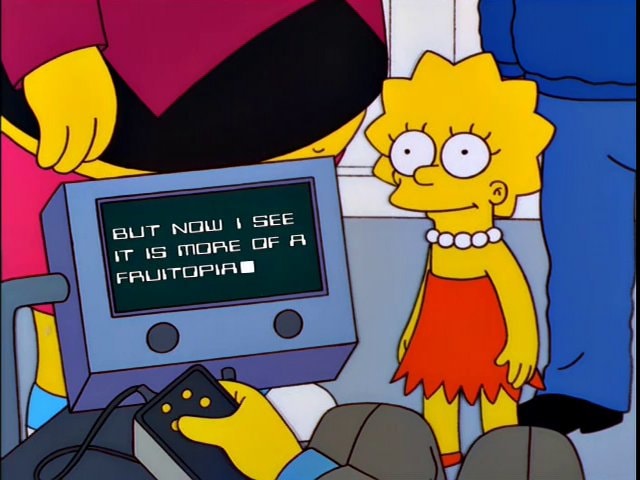 Eventually, Coke decided to go with a different ad agency and all of the original groove was gone from the beverage. 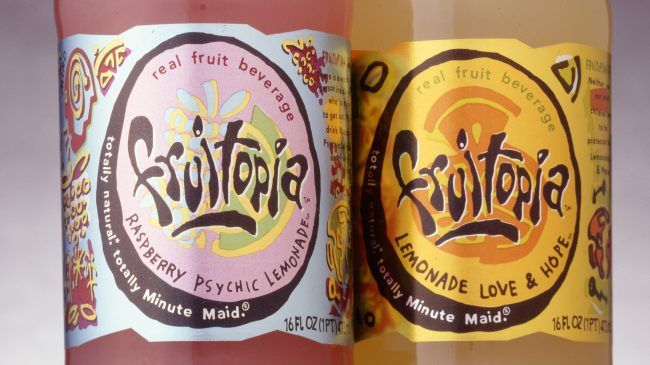 Despite all of this, the drink is still around . . .in Canada! So if you’re desperate for some Fruitopia, get yourself a plane ticket to North America. 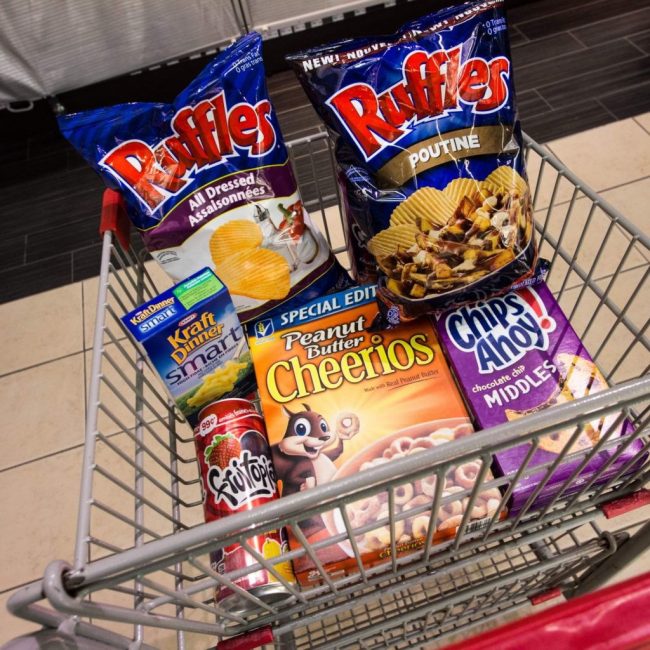 10. Fruitopia is also a fountain drink

Also, once in a while, you will find it alongside other fountain drinks. This little beauty was found in Little Rock, Arkansas! 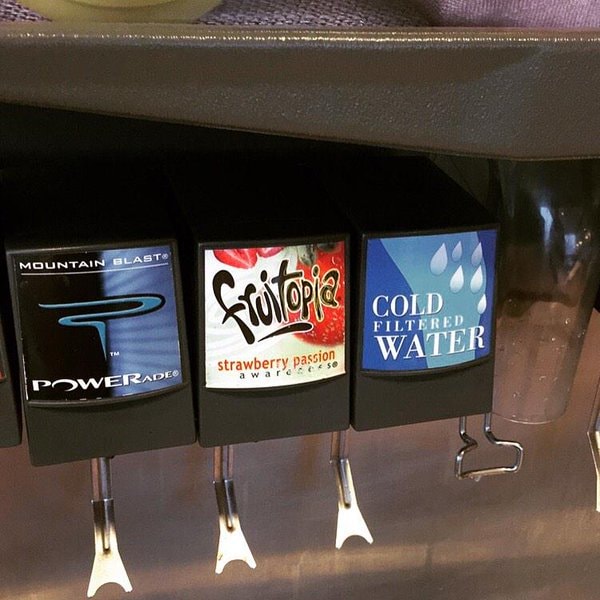