Some of you may not have been introduced to the colourful world of cosplay, but you can be reassured that the phrase, which certainly wasn’t around when we were young, is basically the age-old tradition of ‘dressing up.’ Cosplay is a combination of the words ‘costume’ and ‘play’ and is a big feature at various fan conventions across the world, seeing participants dress up as their favourite characters from films, television and video games.

Despite it being a relatively modern craze, the 1980s definitely has not been left behind when it comes to the world of cosplay, with some outfits being so amazing that they simply have to be seen to be believed. Below are 14 fabulous examples that we really hope you enjoy and appreciate. 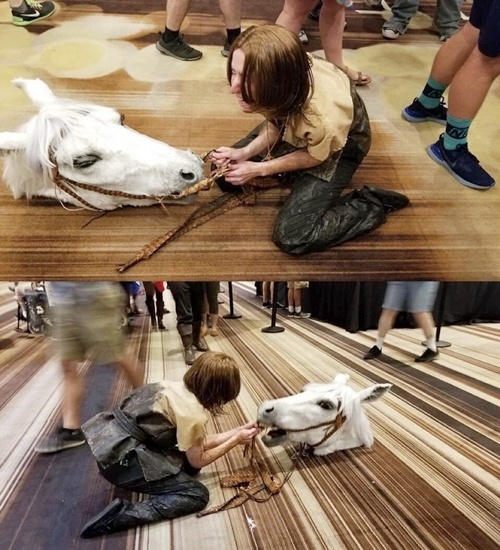 Recreating one of the most traumatic film-watching experiences of our entire childhood, this incredibly imaginative piece of cosplay takes us back to the horrifying moment when young Atreyu fails to prevent his gorgeous horse Artax from sinking into the swamp of sadness. 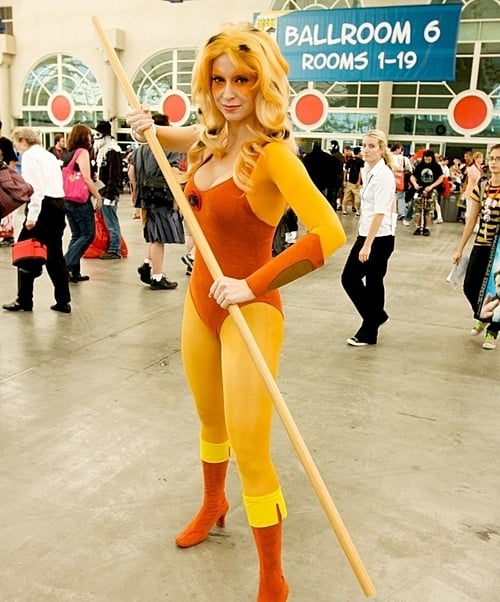 Always a popular choice when it comes to fan convention costumes, ThunderCats provides lots of opportunities for colourful, fun outfits that immediately transport us back to the hours we spent watching one of our very favourite 1980s cartoons. 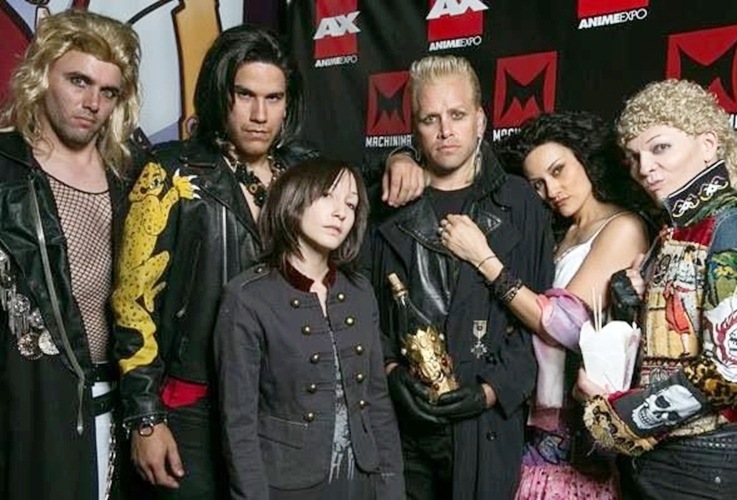 It’s one of the truly great 80s films that featured a legendary cast of good looking young Hollywood stars, so there are always plenty of people looking to recreate the style of the coolest bunch of vampires ever to grace the silver screen. Which character from The Lost Boys would you dress up as?

11. He-Man and the Masters of the Universe 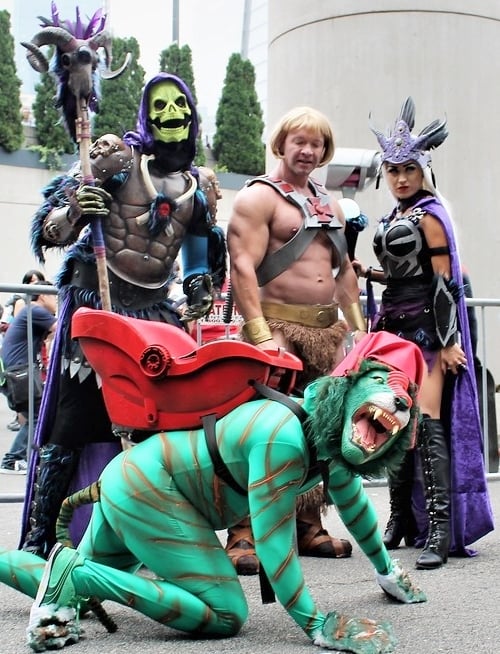 It may be close to four decades since the most powerful man in the universe first hit our TV screens, but his enduring popularity means that you still see many He-Man and the Masters of the Universe cosplay participants at conventions across the globe. 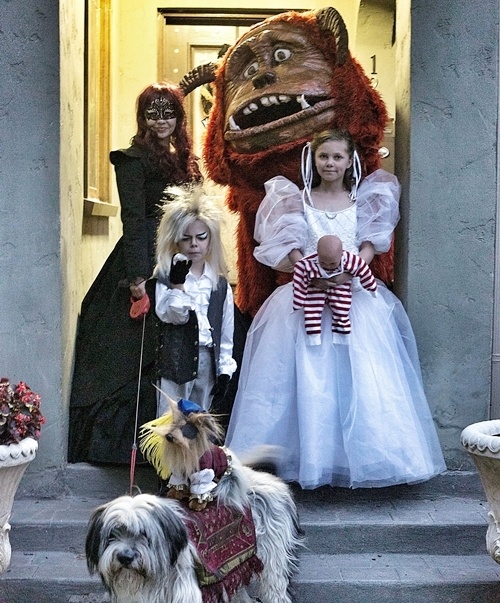 Recreating the outfits from Jim Henson’s 1986 fantasy classic Labyrinth is no mean feat, but this family have clearly gone (or are about to go) to town in the best way possible. We like the fact that a child is playing the role of David Bowie’s goblin king Jareth, and the baby is also a nice touch.

9. Battle of the Planets 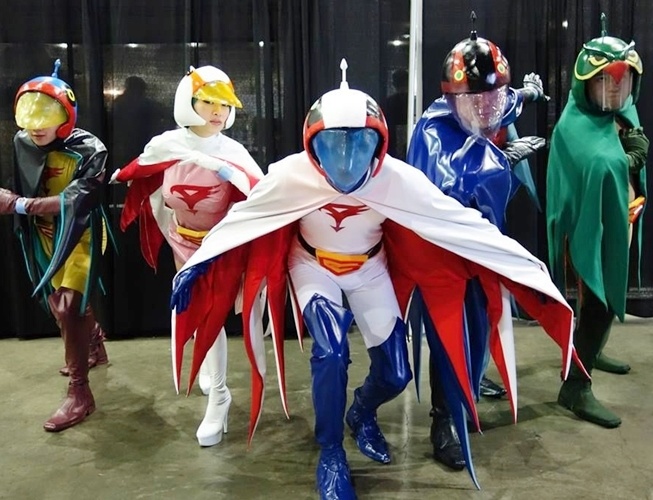 It may have first hit TV screens during the late 1970s, but it was definitely the 1980s when we first got to enjoy the brilliant animated series Battle of the Planets. We suspect that like us, seeing these outstanding costumes has taken you right back to your cartoon-watching childhood. 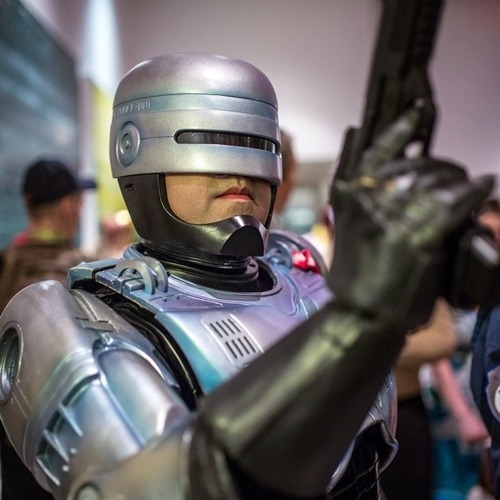 A high-quality RoboCop outfit is not an easy thing to pull off, but this effort looks almost as good as the one worn by Peter Weller in Paul Verhoeven’s 1987 action classic. If this figure were to approach us at a fan convention with the words “dead or alive, you’re coming with me,” then we would certainly be keen to listen! 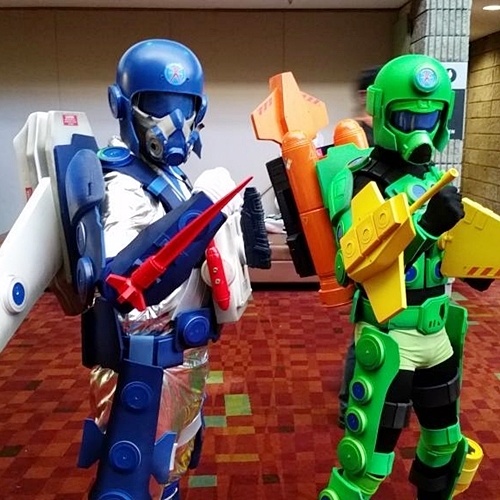 They were some of our favourite toys to play with as children, but to recreate Max Ray, Jake Rockwell and Ace McCloud’s exo-frames in real life must have taken some real time and dedication. All we can say about these cosplay outfits is “PowerXtreme!” 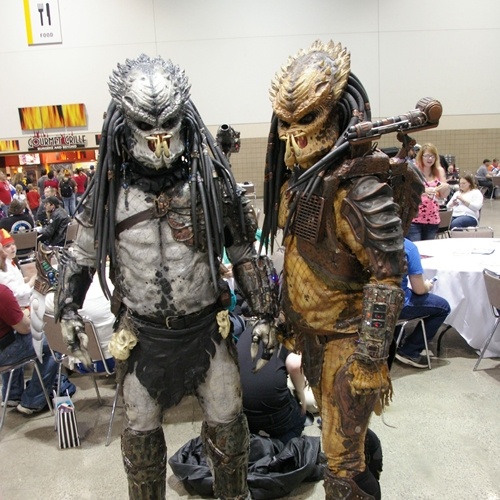 We’re not entirely sure that these grisly-looking Predator outfits aren’t genuine film props, because they look so realistic that if we were to come across them in real life, we would most definitely be shouting “get to the choppa!” 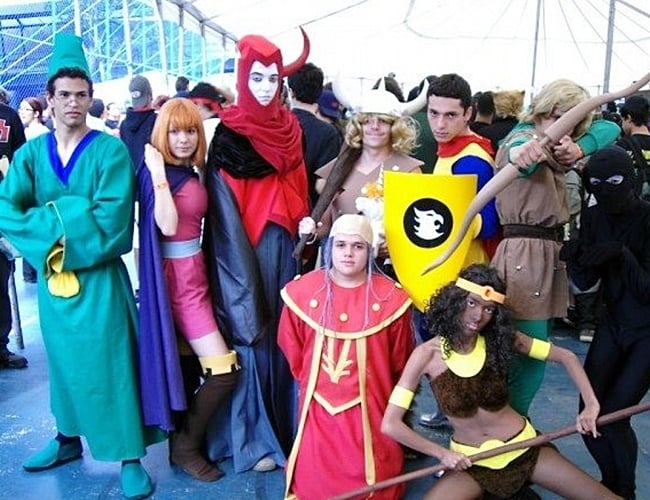 Making one quality 1980s-inspired costume must take so much time and effort that we can’t imagine organising the creation of an entire cast of characters. So fair play to these Dungeons & Dragons fans who have managed to pull together costumes for Hank, Eric, Diana, Presto, Sheila, Bobby, Dungeon Master and Venger. 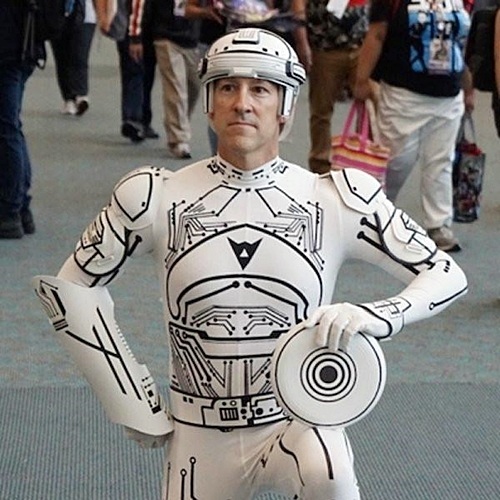 This gentleman looks incredibly proud of the way he looks, and rightly so, because he’s managed to do a damn fine job of recreating an outfit from the classic 1982 science fiction film Tron. 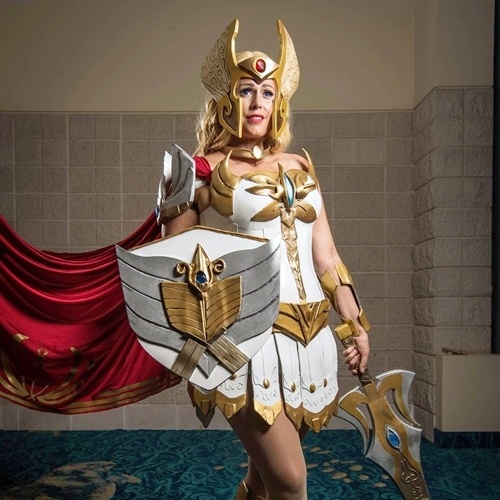 There are good cosplay outfits and there are great cosplay outfits, and this She-Ra: Princess of Power effort most definitely falls into the latter category, being even more extravagant and detailed than the one that featured in the classic 1980s cartoon. 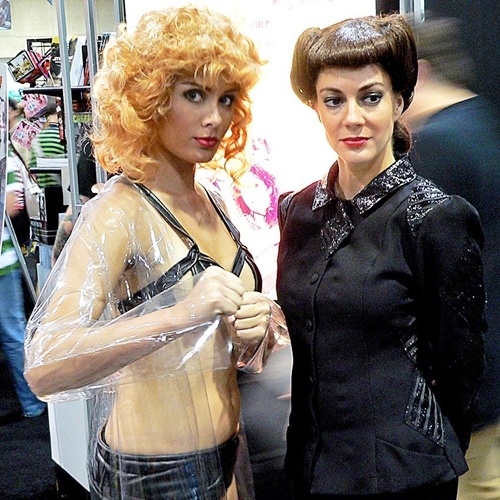 These ladies have made the decision to come to a fan convention dressed as pair of replicants, so let’s just hope for their sake that no one has also come dressed as a Blade Runner too, or they may end up being ‘retired.’ 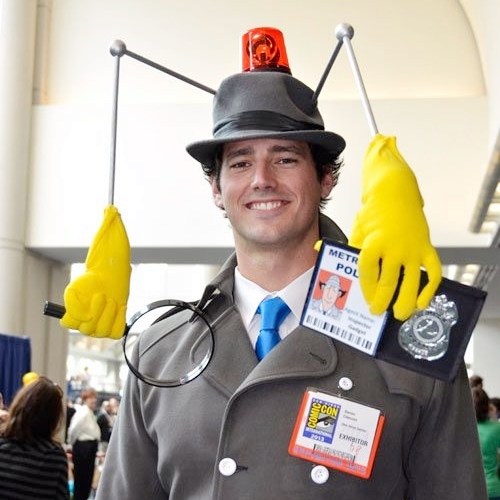 If there was one 1980s cartoon outfit that we’d be extremely reluctant to try and recreate it would have to be Inspector Gadget’s, but this gentleman has done a great job of ensuring that he has “go go gadget arms” wherever he goes.