At 13 years old, Edward Furlong was handed the opportunity of a lifetime. With no prior acting experience, Furlong won a Hollywood lead role opposite Arnold Schwarzenegger, in what would be the biggest blockbuster of its day: James Cameron’s Terminator 2: Judgment Day. The film would, for better and worse, change Furlong’s life.

It was on the set of T2 that Furlong met Jacqueline Domac, then aged 26, for the first time. 13 years his senior, Domac would become Furlong’s constant companion, culminating in a “quasi-spousal relationship” that would last five years – and which Furlong would live to regret. 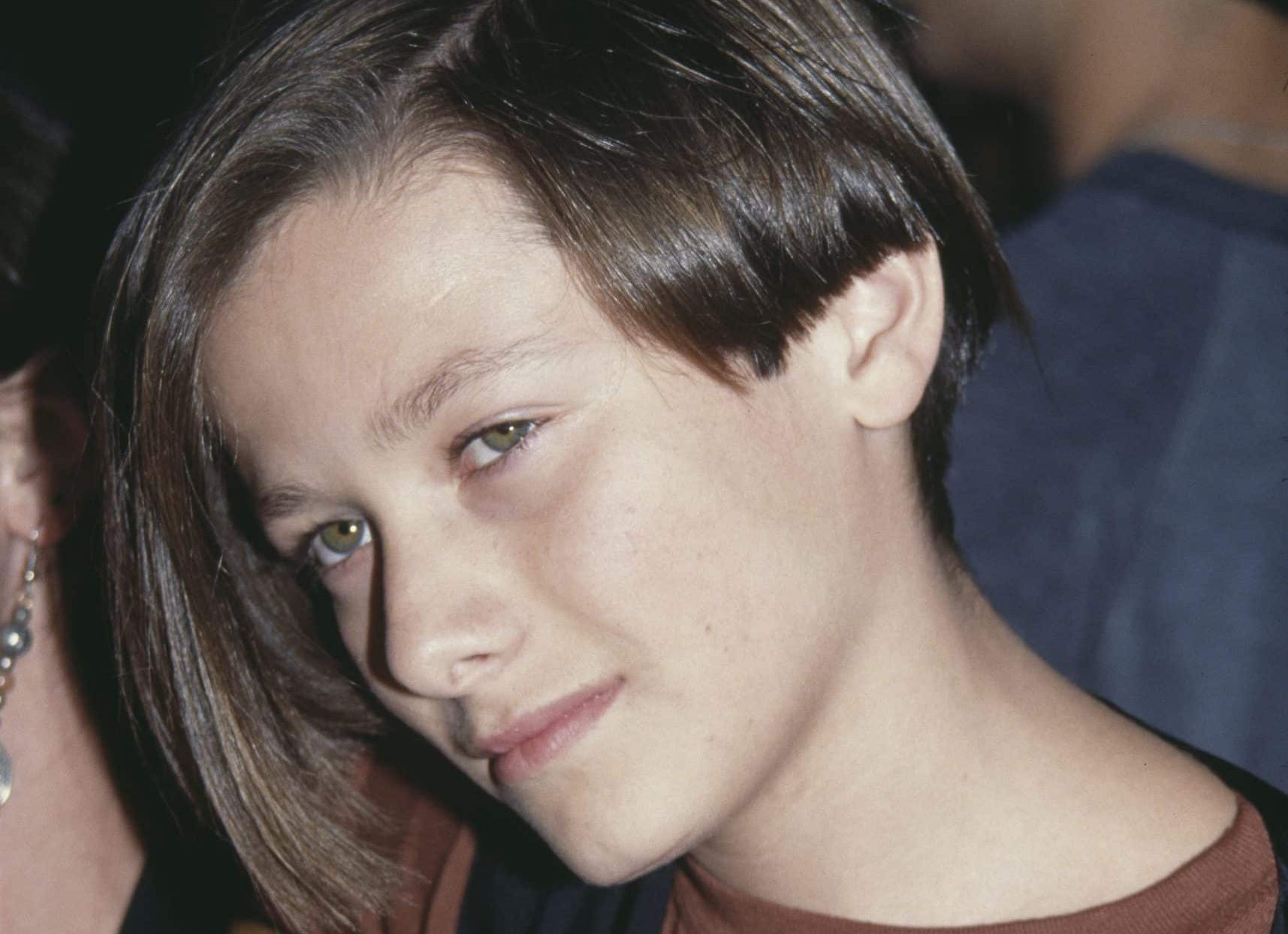 Edward Furlong didn’t have a fairy tale beginning. Born in Glendale, California in 1977, the child of youth centre worker Eleanor Torres and Heinrich Bruno Wittig, Furlong had a troubled home life. One day, following an argument with his mother, Furlong was sent away to live with his aunt and uncle in Hollywood.

As the 13-year-old loitered on the steps of the Pasadena Boys Club in September 1990, not far from his mother’s home, Furlong was spotted by Mali Finn, the casting director for Terminator 2. With Finn’s encouragement, Furlong – who had no acting experience whatsoever – beat 100 other candidates for the star role of the messianic John Connor.

T2 director James Cameron was struck by Furlong’s maturity as an actor: “There was a pain. There was a surliness. There was an intelligence. It was all there. What you see in the movie was all there, it was just a question of pulling it out.” Cameron told Furlong to cut his long hair, which Furlong had a nervous habit of chewing. Furlong also studied acting, learned some Spanish and even began driving motorcycles to prepare to play the young John Connor.

Thanks to the massive success of Terminator 2 on release in 1991, Furlong became a sought-after young star, and he soon began landing other roles, in the likes of Pet Sematary Two (1992) and American Heart (1992).

Furlong’s newfound fame and fortune, however, led to turmoil in the family. Furlong found himself at the centre of a custody battle between three parties: his mother Eleanor; his aunt and uncle Nancy Tafoya and Sean Furlong; and his court-appointed lawyer, Bruce Ross.

In a matter of months, Furlong’s guardianship vacuum made way for a relationship with a shocking age difference.

“I know how much power I have over Eddie” Jacqueline Domac became involved in the production of T2 after tiring of her job as a substitute teacher in Los Angeles. After applying to be a Hollywood extra, according to the New Yorker Domac was immediately hired on the Terminator sequel, where she became Furlong’s stand-in. (The diminutive Domac was, at the time, about the same height as the 13-year-old Furlong.)

Domac, 26 during the T2 shoot, it was said “got along well” with Furlong. When Furlong’s guardians mentioned that she would make a good tutor for Furlong, Domac returned to college to gain a postgraduate qualification in teaching. Domac then became Furlong’s private teacher, but it wasn’t long before their relationship began to arouse suspicion.

In 1992, Domac joined the crew of the drama A Home of Our Own as a tutor for the film’s six underage actors, one of whom was Furlong. Domac was 28 years old at this time, while Furlong was 15. According to a 1994 article by Entertainment Weekly, “After [Domac] was discovered wrestling playfully with Furlong and another child on the floor of her classroom, the film’s producers fired her.”

Furlong’s aunt and uncle initially apparently weren’t concerned by Domac’s behaviour. They kept Domac as Furlong’s private tutor. In the summer of 1993, Domac was also hired as a social worker, to monitor Furlong’s welfare on the set of the movie Brainscan.

According to a 1994 New Yorker profile of Furlong, over that summer in ’93, “Furlong turned sixteen and, Domac says, they fell in love.” Domac then began openly dating Furlong, before he moved into her home in Los Angeles. Meanwhile Domac filed for divorce from her husband.

(The age of consent in California is 18, and has been since 1913. However, there is no minimum age to get married in the state; Furlong and Domac never wedded, but Domac has described their relationship as “quasi-spousal”.)

Furlong’s situation didn’t go unnoticed. Tony Bill, who directed Furlong in A Home of Our Own, wrote to Furlong’s agent to voice his concerns.

“I found it astounding and dismaying that in over eight weeks of shooting, not once did his guardians ask me about his performance, his abilities, or his problems,” Bill wrote. “Who’s taking care of this kid? At 15, he is certainly not. His guardians do just that: guard him from criticism, from hard work, from self-awareness.”

His concerns fell on deaf ears. In 1994, Bill told Entertainment Weekly: “In 30 years, I’ve never worked with a kid who was so clearly on a path to disaster.”

Tafoya eventually confronted Domac about her relationship with Furlong: “Before Brainscan, I pretty much had it out with Jackie [Domac] and said that there was something very wrong and sick about their relationship,” she recalled to Entertainment Weekly. According to Tafoya, Domac responded: “‘I know how much power I have over Eddie. I know I can make him do anything I want.”’

“She goes everywhere with me”

On January 5 1994, Tafoya and Sean Furlong filed a complaint with the police, amid recent changes to Californian laws regarding statutory rape. However, the complaint fell through after Edward Furlong was interviewed by the police. In the meantime, he secured legal emancipation from all of his relatives.

In 1994, journalist Vernon Scott interviewed the 16-year-old Furlong in a restaurant in Brentwood, California. The actor was accompanied by his publicist and Domac herself, who held Furlong’s hand during the interview.

“Domac is petite, dresses younger than her age, wears little makeup and speaks hardly at all,” Scott wrote. “To the casual observer, Furlong and Domac would seem to be stuck on each other romantically. It might be a case of puppy love, but then one of them really isn’t a puppy.”

While filming Brainscan and, later, 1994’s Little Odessa, Domac was Furlong’s constant companion. Compared to Furlong’s relatives, Domac was amicable to the cast and crew, perhaps leading them to turn a blind eye to the age gap. James Gray, Furlong’s director on Little Odessa, told Entertainment Weekly: “I had my doubts at first, but I think she’s good for him. She’s a stabilizing force and she cares for the guy. After a while, who can quibble with that?”

At 5 foot 1, Domac looked young for her age and, according to the New Yorker, “No one on the set [of Brainscan] appeared to give the relationship a second thought…from afar they resemble high school sweethearts.”

When the New Yorker reporter asked Domac whether the age gap caused problems with Furlong, she replied: “Our interests sometimes differ, like our taste in music or our free time. In our free time I might go out to our garden and he plays Metallica. The only time it comes to my attention is if I’m under critical attack.”

By 1996, Furlong had become more vocal about his relationship with Domac, telling Cosmopolitan magazine: “Jackie’s always been my backbone. She goes everywhere with me, because otherwise we’d miss each other.”

The pair remained together until 1998, while Furlong starred in Before and After (1996), Pecker (1998) and American History X (1998). Domac worked as Furlong’s manager during these years.

“Nobody told me it wasn’t good for me” 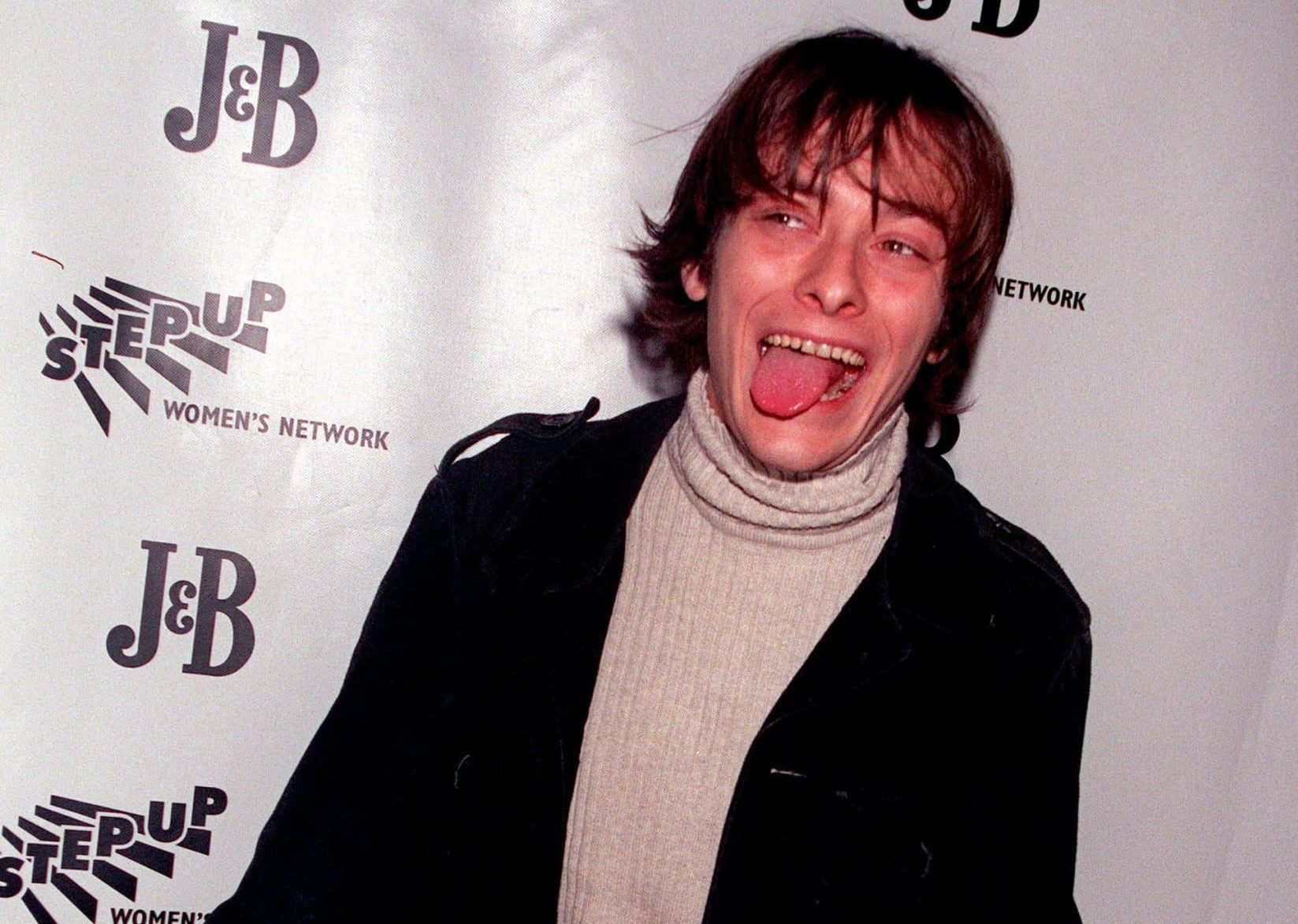 When Furlong and Domac broke up in October 1998, by which time he was 21 and she was 34, Domac came out with a very different description of their relationship. Both she and Furlong maintained that they never had sex while he was underage. But most notably, she claimed Furlong grew into a violent domestic abuser.

In a 1999 lawsuit, Domac stated that Furlong owed her $110,000, and said she was “subjected to a barrage of verbal abuse, threats, violent outbursts [and] outrageous and unlawful attacks” during their romance. She said that Furlong had caused her “severe emotional distress.”

After the break-up, Furlong suffered from drug and alcohol abuse. In 2001, after spending a month in rehab, he was reportedly rushed to hospital after blacking out while partying. Domac claims she rushed to his bedside to persuade him to return to rehab, but he instead chose to carry on partying with his friends that day.

Domac later tracked Furlong to Los Angeles Airport, where he was “barely conscious”, and put him on a plane to a treatment facility.

In 1995, when he was 17, Furlong had told Interview magazine: “I think it’s damn cool that I got a 29-year-old. But in terms of the generation thing, me and Jackie always sit down and talk about this. It’s such a fragile subject, but at the same time you really can’t help it when you love somebody.”

Since then, Furlong’s attitude has not surprisingly changed. The actor now acknowledges just how damaging his romance with Domac was. “If I could push rewind on that relationship, I would. And delete,” he told People Magazine in 2006. “The problem is, nobody told me it wasn’t good for me.”

Furlong briefly dated Paris Hilton, before marrying the actress Rachael Bella in 2006. Between 2009 and 2013, Furlong was arrested and charged with domestic violence on various occasions, against both Bella and his girlfriend Monica Keena. In March 2013, he was sentenced to 190 days in jail for violating parole and assaulting Keena. The pair have been in an on-again, off-again relationship since 2008.

Domac, meanwhile, became a health teacher at Venice High School, where she drew praise for her campaign to ban junk food sales in Californian public schools. Her work led to state legislation that was signed into law by none other than her former Terminator 2 colleague Arnold Schwarzenegger, who was then the state governor.

In 2003, Venice High student reporters Naldy Estrada and Julio Robles tried to publish an article about Domac’s history with Furlong in the school’s newspaper, but were blocked by Venice High’s principal. Estrada and Robles later published their findings in the LA Times, writing that “parents, in particular, should be able to judge for themselves whether they wanted a teacher who had engaged in a “quasi-spousal” relationship with a 16-year-old boy instructing their children.”

Domac has worked for PETA’s Education Department and is now a prominent blogger and educator known as Jackie Day. According to her Macmillan Publishers biography, she has featured on CNN, The CBS Evening News and NPR as an expert on health and nutrition.

Domac also penned the book The Vegan Way: 21 Days to a Happier, Healthier Plant-Based Lifestyle That Will Transform Your Home, Your Diet, and You. It earned praise from T2 director James Cameron, among other celebrities.