Licence To Kill: All You Never Knew About The Only Bond Film Dark Enough To Be Rated 15

The 16th film in the James Bond series, and the second (and final) film to star Timothy Dalton as the suave secret agent, Licence to Kill has always been a bit of a controversial entry in the long-running franchise. The film sees 007 out for revenge on the villainous drug lord Sanchez (Robert Davi), following a brutal attack on Bond’s old friend Felix Leiter. When Bond ignores orders from MI6 to stand down, he finds himself stripped of his 00-status and licence to kill – but of course, that’s not going to stop him.

Released in the wake of such huge action hits as Lethal Weapon and Die Hard, Licence to Kill takes the Bond movies in a much harder-edged direction than they had ever gone before. This didn’t go down well with everyone at the time, but all these years later it’s widely agreed that this grittier take on 007 helped set the stage for what Daniel Craig would do in the role.

Read on for some fascinating facts about this 1989 film that are guaranteed to leave you shaken and stirred.

10. It was originally going to be called Licence Revoked 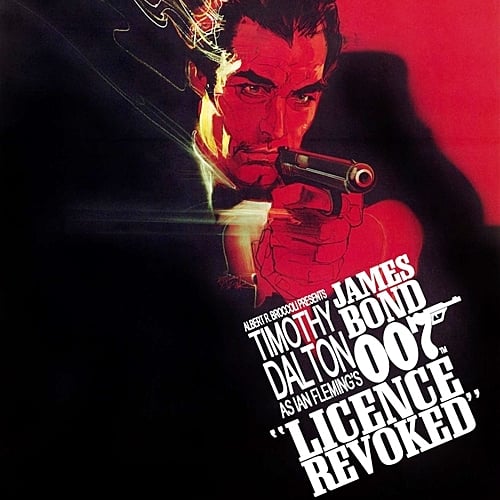 The film was originally given the name Licence Revoked, and early promotional posters were created displaying this as its title. However, test screenings in the United States revealed that most audience members associated the phrase with losing your driving licence. Because of this, the title was changed to Licence to Kill.

This made it the first entry in the James Bond franchise which isn’t named after a story by Ian Fleming, although the script does feature elements of Fleming’s novel Live and Let Die, as well as his short story The Hildebrand Rarity.

9. A chase sequence was supposed to take place on the Great Wall of China 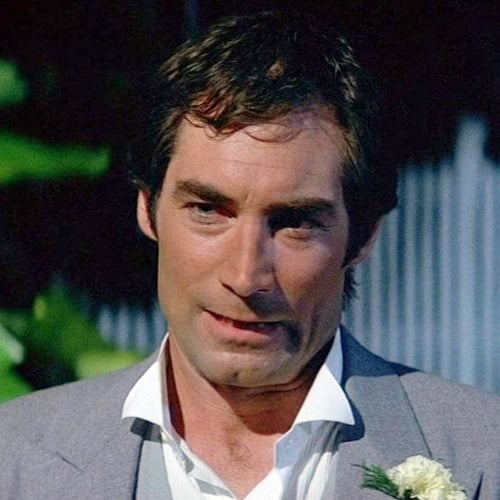 Writers Michael Wilson and Richard Maibaum wanted the film to be set in China, and had planned for there to be an intense chase sequence along the country’s famous Great Wall.

Unfortunately the Chinese government insisted on having a say in the film’s script, and the recent release of the Academy Award winning The Last Emperor had also taken away some of the novelty of filming in the country, so the decision was made to switch to a tropical location instead.

8. It was the first Bond film to be shot entirely outside the United Kingdom 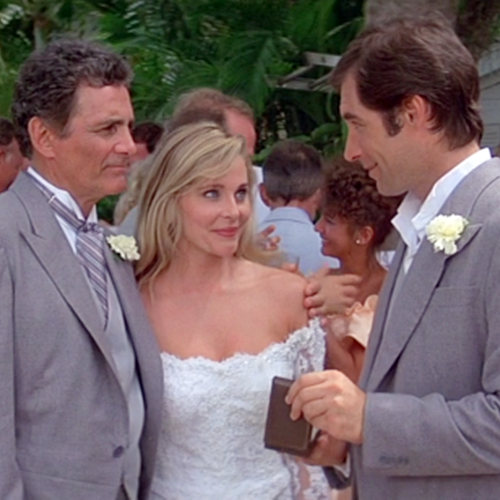 Licence to Kill was the first James Bond film to feature absolutely no scenes shot within the United Kingdom, with the majority of filming taking place in the United States and Mexico.

Concerns over the film’s budget led to all of its interior scenes being shot at Estudios Churubusco in Mexico, rather than at Pinewood Studios in the UK. However, the Buckinghamshire studio was still used for post production work.

7. Budget restraints were imposed on the film because previous instalments had been so costly 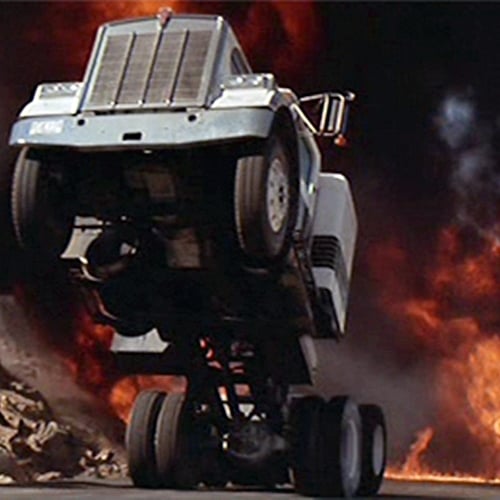 Due to massive overspending on some previous installments of the Bond franchise, particularly 1979’s Moonraker, severe budget restraints were imposed during Licence to Kill’s shoot.

The film’s director John Glen revealed that they struggled to shoot all of the planned ambitious set pieces, because the budget for Bond films had not increased since Octopussy in the early 1980s.

6. Benicio del Toro is the youngest ever Bond villain at 21 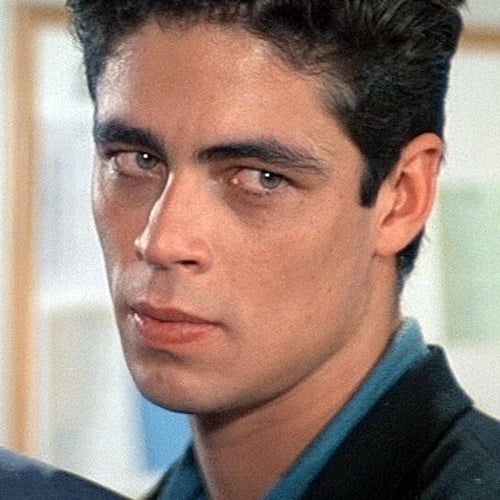 Licence to Kill features the Academy Award winning Puerto Rican actor Benicio del Toro in what was only his second ever feature film role. Aged just 21 at the time, Del Toro was the youngest ever actor to play a Bond villain.

According to the film’s director John Glen, del Toro was offered the role of henchman Dario because he was “laid back while menacing in a quirky sort of way.”

5. Del Toro injured Timothy Dalton with a knife during filming 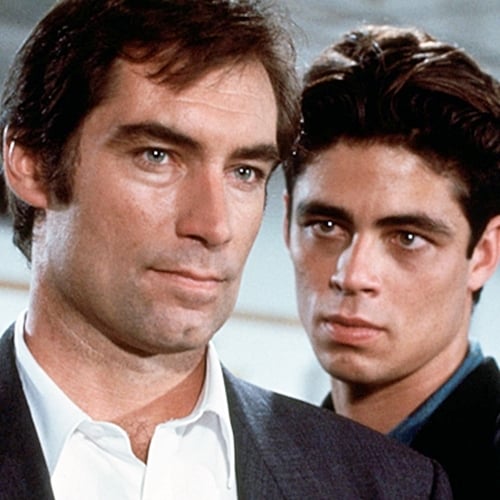 During filming of the scene where Dario cuts Bond loose from his perilous position over a grinder, del Toro accidentally cut Timothy Dalton’s hand. The Bond actor had to have stitches before filming could resume.

4. It was the first Bond film to be given a ’15’ certificate 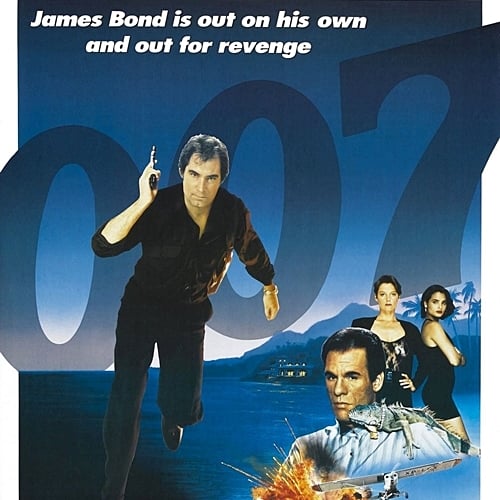 The high level of violence in Licence to Kill meant that it became the first ever James Bond film to be given a PG-13 rating by the Motion Picture Association of America. In the UK, the film was given an even more restrictive 15 certificate by the British Board of Film Classification. Both the MPAA and the BBFC demanded cuts be made to the film before giving these ratings.

For the British cinema release, 36 seconds of additional cuts were made to particularly grisly moments of violence. These censored shots weren’t seen in the UK until the film’s 2006 Ultimate Edition DVD release.

3. A theme song co-written by Eric Clapton was turned down

Guitarists Eric Clapton and Vic Flick were asked to write Licence to Kill’s theme song, but their effort – which was said to be in line with the film’s darker tone – was rejected.

Producers instead decided to use Gladys Knight’s more traditional Bond theme, which became the American singer’s final song to chart in the UK when it reached number six in June 1989.

2. Because of the AIDS crisis, this version of Bond wasn’t allowed to have as much sex as his predecessors 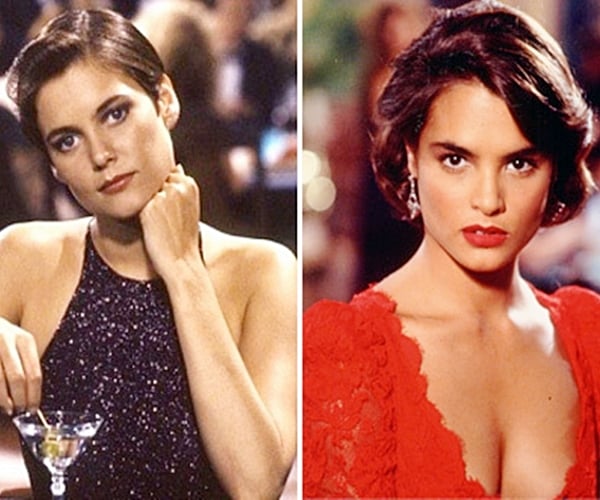 At the time of the film’s release there were rumours that due to the AIDS epidemic, a decision had been made that Timothy Dalton’s James Bond couldn’t be seen having as much sex as the versions of the character portrayed by Sean Connery and Roger Moore.

Dalton denied these claims in an interview during filming in 1988, but nearly two decades later in 2007 he admitted that the rumours were true after all.

Despite Licence to Kill’s disappointing box office performance, Timothy Dalton was all set to star in his third Bond film only a year later. Unfortunately the film, which could have been called Property of a Lady, was scrapped when MGM became embroiled in legal disputes.

The subsequent delays led to Dalton retiring from the role in 1994, opening the door for Pierce Brosnan to take over as the fifth 007 actor in 1995’s GoldenEye.