In 1982, director Steven Spielberg’s heartfelt sci-fi adventure film E.T. the Extra-Terrestrial became the biggest hit in box office history. However, it also provided the basis for one of the most notorious video games ever, the failure of which is widely remembered as the moment the tides turned for the then-king of home video gaming, Atari.

Released in December 1982 in the hopes of being a huge seller that Christmas, E.T. the Video Game proved to be a disaster – and it wasn’t long afterwards that Atari, to all intents and purposes, went out of business. For many years, the video game company’s collapse has been largely blamed on E.T., along with an urban legend that millions of copies of the game were dumped and buried in a massive landfill. There is some truth to all of this – but, as with any story worth telling, there’s a little more to it.

How Atari changed the face of video games 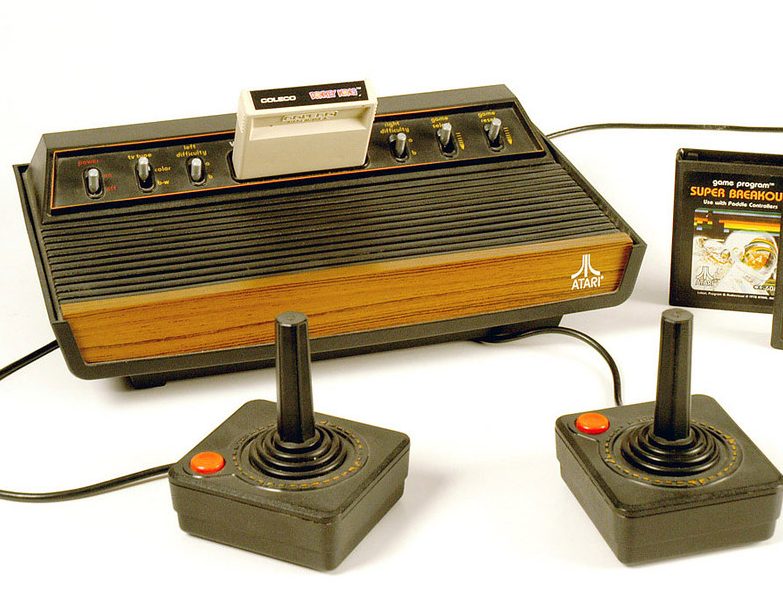 The first computer games were created all the way back in the late 1940s, but it wasn’t until the 70s that the technology really took off in the mainstream. Coin-operated video game machines became as much of a staple of bars and diners as jukeboxes and pinball, and soon enough video arcades became popular locations for young people to hang out. The next logical step was to bring this medium into the home.

The first home video game console was the Magnavox Odyssey, produced from 1972 to 1975 – but as far as the masses were concerned, home video gaming really began with Atari. After enjoying huge success with popular arcade game Pong, 1977 saw the company introduce a home console of their own: the Atari Video Computer System – better known today as the Atari 2600.

A key feature of the 2600 was the fact that, rather than having all the games saved in the console’s memory, games were available on individual cartridges which were sold separately. Again, Atari weren’t the first games company to do this (an earlier console named the Fairchild Channel F did it first), but as the 2600’s library of playable games included such established arcade favourites as Space Invaders, Atari’s machine quickly became a must-have.

The ever-extending wealth of games on offer made the console ever more desirable. Soon, Atari became so trusted a brand name that games created specifically for the 2600 also proved to be huge hits. One such game was Yar’s Revenge, an original game created by designer Howard Scott Warshaw, which proved to be the biggest selling all-new title Atari had ever had on release in May 1982. 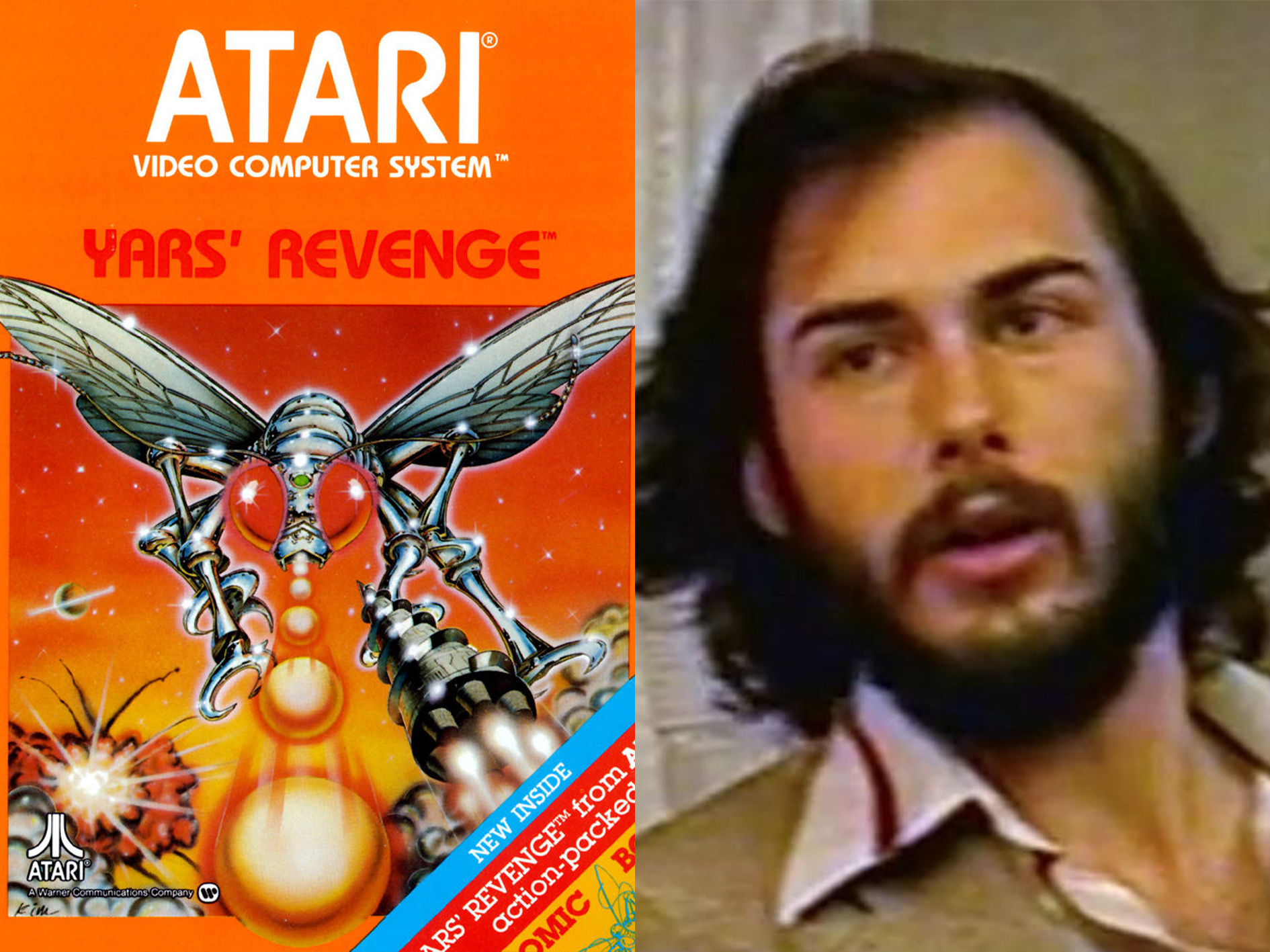 In the wake of this success, Warshaw was approached with an offer he couldn’t refuse: to create an original video game of E.T. the Extra-Terrestrial, the Steven Spielberg movie which was courting unprecedented critical and commercial success. This wasn’t entirely new territory for Warshaw, as he had already created a video game based on Spielberg’s previous hit Raiders of the Lost Ark (although this would not be released until November 1982).

There was just one catch: the top brass at Atari wanted E.T. the Video Game in stores in time for Christmas, and when they approached Warshaw to take the job on it was already July. Working alone, the programmer was given a mere five weeks to develop the game – and this was after Atari had reportedly spent upwards of $20 million on the rights alone.

In retrospect, it’s clear that Atari were setting themselves up for a fall, but at that point the company was so confident of their success, it were literally prepared to go for broke – as was the ambitious Howard Warshaw. On top of accepting the challenge to produce a fully fledged game in so short a time, Warshaw also set out to create something which was both true to the spirit of the movie, and presented a unique experience for players – even though Spielberg himself is said to have suggested something simple, along the lines of Pac-Man.

E.T. the Video Game didn’t bomb as hard as you might have thought – at first 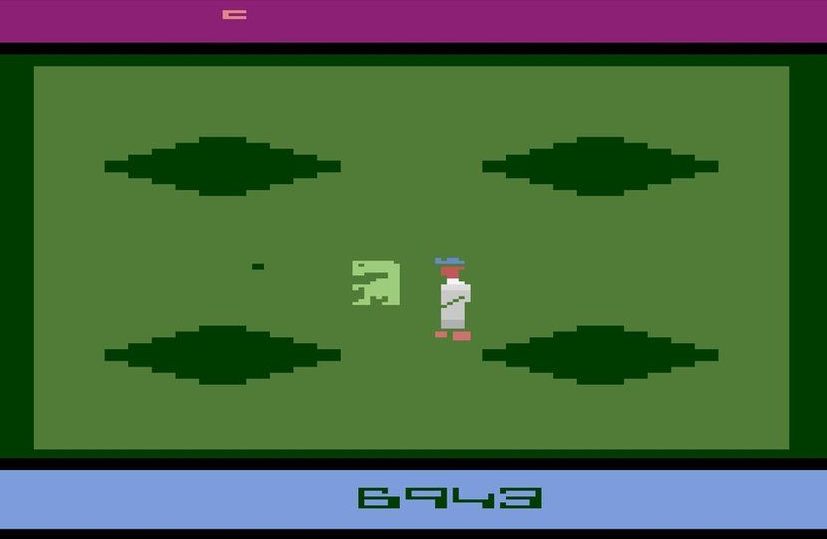 Based around the key plot point that E.T. needed to phone home, the game casts the player as E.T. himself, and the goal is to collect all the pieces needed to build the device with which the alien calls his people, then make it to the rendezvous site in order to indeed go home. Like any good game, the player needs to overcome various challenges and avoid certain obstacles: sinister government agents are hot on your trail, and there are also many pits you have to avoid getting trapped in.

While there may have been some doubts up front about the game’s quality, it was generally assumed that both the marketability of E.T. as a brand and consumer faith in Atari would ensure it was a huge seller. At first, it seemed like this approach had more or less paid off: the game sold well at first, and by the end of 1982 (barely a month after it was first released) it had shifted over 2.6 million units.

The problem was, Atari had anticipated an even bigger seller. Retailers had ordered far more copies than was normal for video games in the expectation that cartridges would simply fly off the shelves, but this didn’t happen – not least because of the negative word of mouth that soon spread about the game. With widespread complaints that the game was too difficult and no fun to play, hundreds of thousands of copies were returned by customers demanding refunds, and somewhere between 2.5 and 3.5 million more copies sat on the shelves unsold.

In the months that followed, things unraveled quickly for Atari. The formerly dominant home video game company descended into financial disarray, with many employees (E.T. designer Howard Warshaw among them) being made redundant. The company’s fate reverberated throughout the whole industry, resulting in a video game crash which would last until Nintendo successfully revived the market with their flagship Nintendo Entertainment System (NES) in 1986. As for Atari, they were sold to computer company Commodore in 1984, then limped along for another eight years before finally closing their doors for good in 1992. 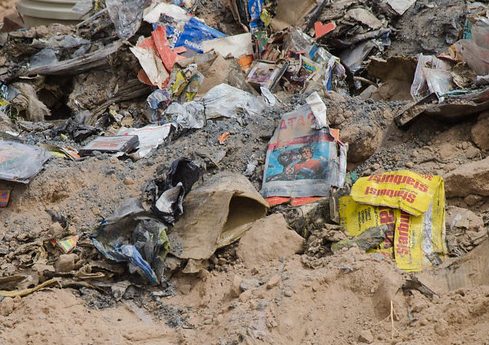 Over the years, E.T. has often been said to have single-handedly sunk Atari. Yet while it’s true that the game’s failure was part of their downfall, it wasn’t the only major flop Atari suffered at Christmas 1982. There was also the release of Pac-Man for the 2600; given how popular that game had been in arcades, this was also anticipated to go down well. Alas, Pac-Man also proved a commercial failure, and was widely lambasted for its low-quality graphics, sound and gameplay.

There was also the matter of the console itself. 1982 may have seen Atari rebrand their console from the VCS to the 2600, but this was this same machine that had been available for five years – a long time in the fast-growing video game market. Rival consoles, such as the technically superior ColecoVision, offered home gamers something new and more advanced; Atari, meanwhile, kept manufacturing the same old console, but there simply wasn’t the same demand anymore. This was a problem that future games console companies would get around by introducing new, more advanced models intermittently.

While E.T. alone was not responsible for the death of Atari, it clearly had a role to play – and for many years, gamers were fascinated by the rumours that, after they went out of business, Atari used a landfill site in New Mexico entirely for the dumping of nothing but unsold E.T. cartridges. To the surprise of many, this bizarre claim turned out to be partially accurate. As explored in the 2014 documentary Atari: Game Over, Atari had indeed dumped a lot of unsold stock in the landfill in question, although an excavation of the site showed that the dump contained a wide variety of unsold games and machine parts, with around 1,300 copies of E.T. the Video Game among them.