ET 2 Was A Spielberg Sequel Too Scary To Make

After Steven Spielberg’s 1982 classic E.T. the Extra-Terrestrial became the biggest blockbuster of the 80s, naturally talk of a sequel began. The follow-up movie that Spielberg proposed, however, would be something radically different.

Where the original E.T. was a heart-warming family sci-fi yarn, Spielberg’s E.T. II: Nocturnal Fears would have taken the tale in a nightmarish new direction. The film never materialised, and four decades on there has still never been an E.T. sequel. The abandoned idea for E.T. II, however, remains among film history’s most notorious what ifs. 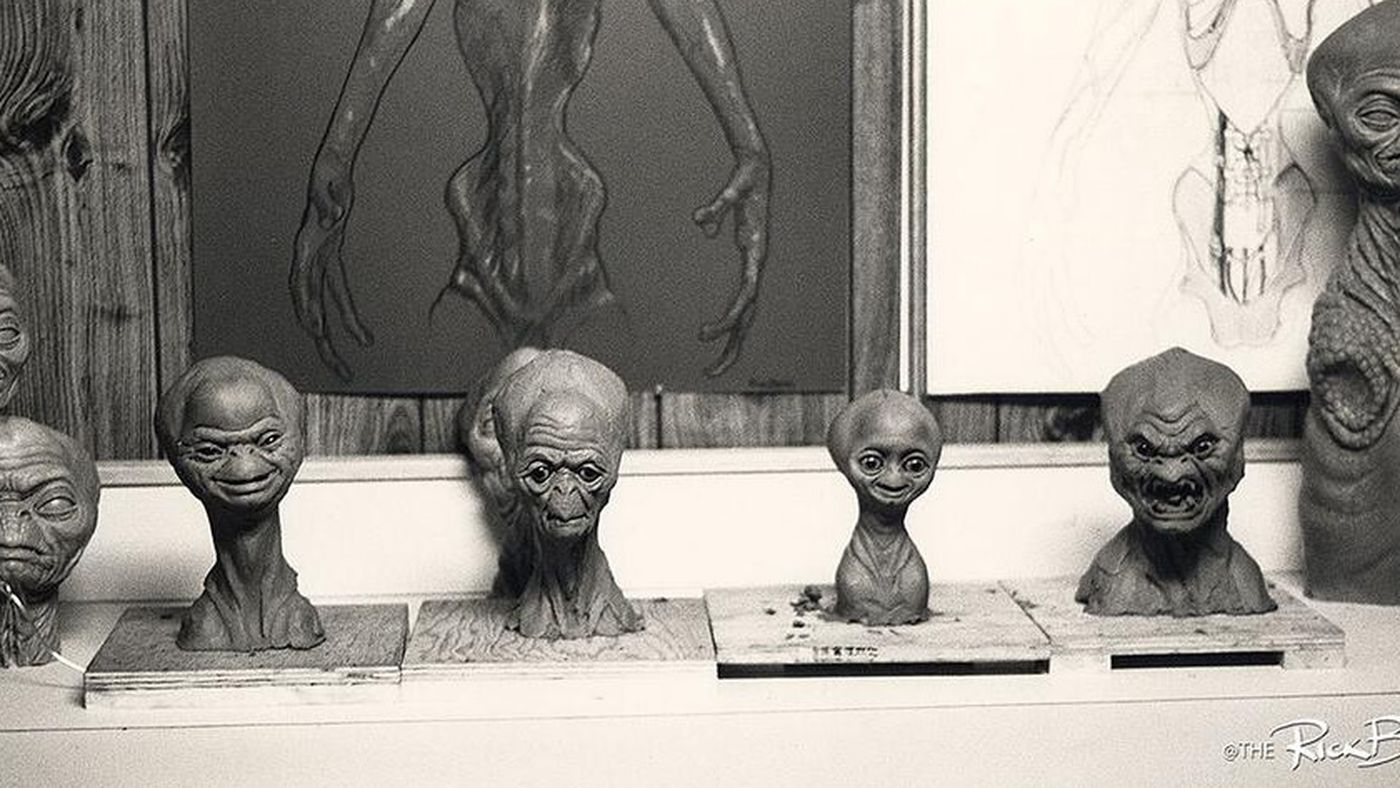 Early designs for the evil alien family of Night Skies

E.T. the Extra-Terrestrial began life as a very different movie titled Night Skies. A semi-sequel to Close Encounters of the Third Kind, the proposed film – which Spielberg intended to produce after directing Raiders of the Lost Ark – would have seen a family farmhouse attacked by evil aliens.

Unsatisfied with the script, Spielberg showed it to screenwriter (and then-girlfriend of Harrison Ford) Melissa Mathison, who responded emotionally to one plot point: amongst the sinister alien attackers, there was a single kindly alien who forged a friendship with the young son of the family.

Realising this was the story he wanted to tell, Spielberg scrapped Night Skies and put Mathison to work on the film they initially entitled E.T and Me. Horror elements from Night Skies would go into Poltergeist, which Spielberg wrote and produced, and which would open in cinemas within weeks of E.T. While both were huge hits, E.T. was bigger, ultimately de-throning Star Wars to become the highest-earning film ever at the time. 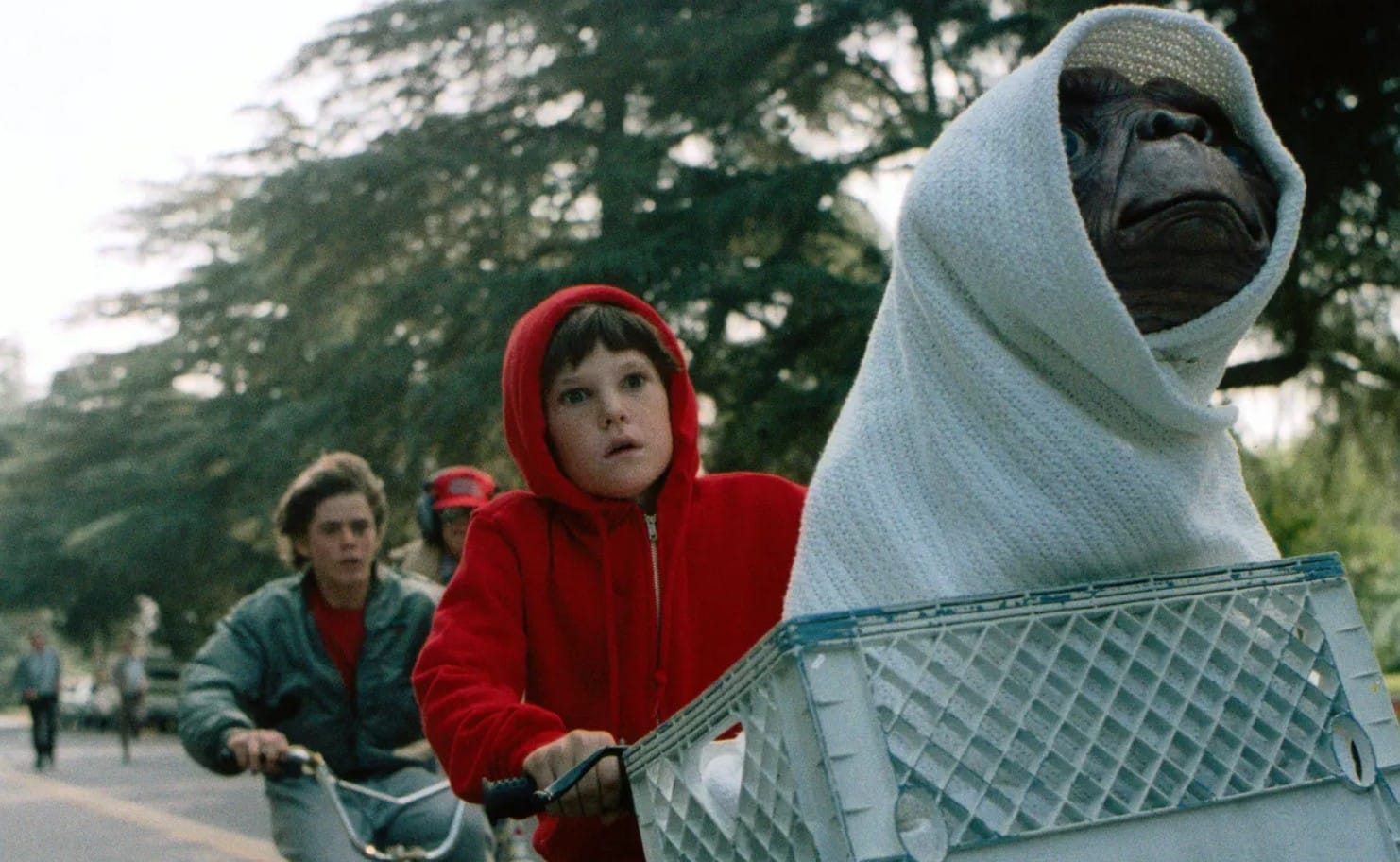 Before E.T. hit that box office milestone, Spielberg and Mathison co-wrote a treatment for E.T. II: Nocturnal Fears. This was submitted to studio Universal on July 17, 1982, barely a month after E.T.’s release, and saw the story continue in the summer following the events of the Halloween-set original movie.

E.T. II: Nocturnal Fears would have seen the return of the Taylor family: kids Elliot (Henry Thomas), Michael (Robert MacNaughton) and Gertie (Drew Barrymore), and their mother Mary (Dee Wallace), who has since started dating scientist Keys (Peter Coyote). The children are grief-stricken by the loss of their beloved E.T., in particular Elliot.

However, unbeknownst to the children, the distress signal E.T. sent out to ‘phone home’ didn’t only reach his friends: it also reached another ship populated by evil aliens. The treatment tell us “[these] evil creatures are carnivorous,” and part of “an albino fraction… of the same civilization E.T. belongs to. The two separate groups have been at war for decades!” 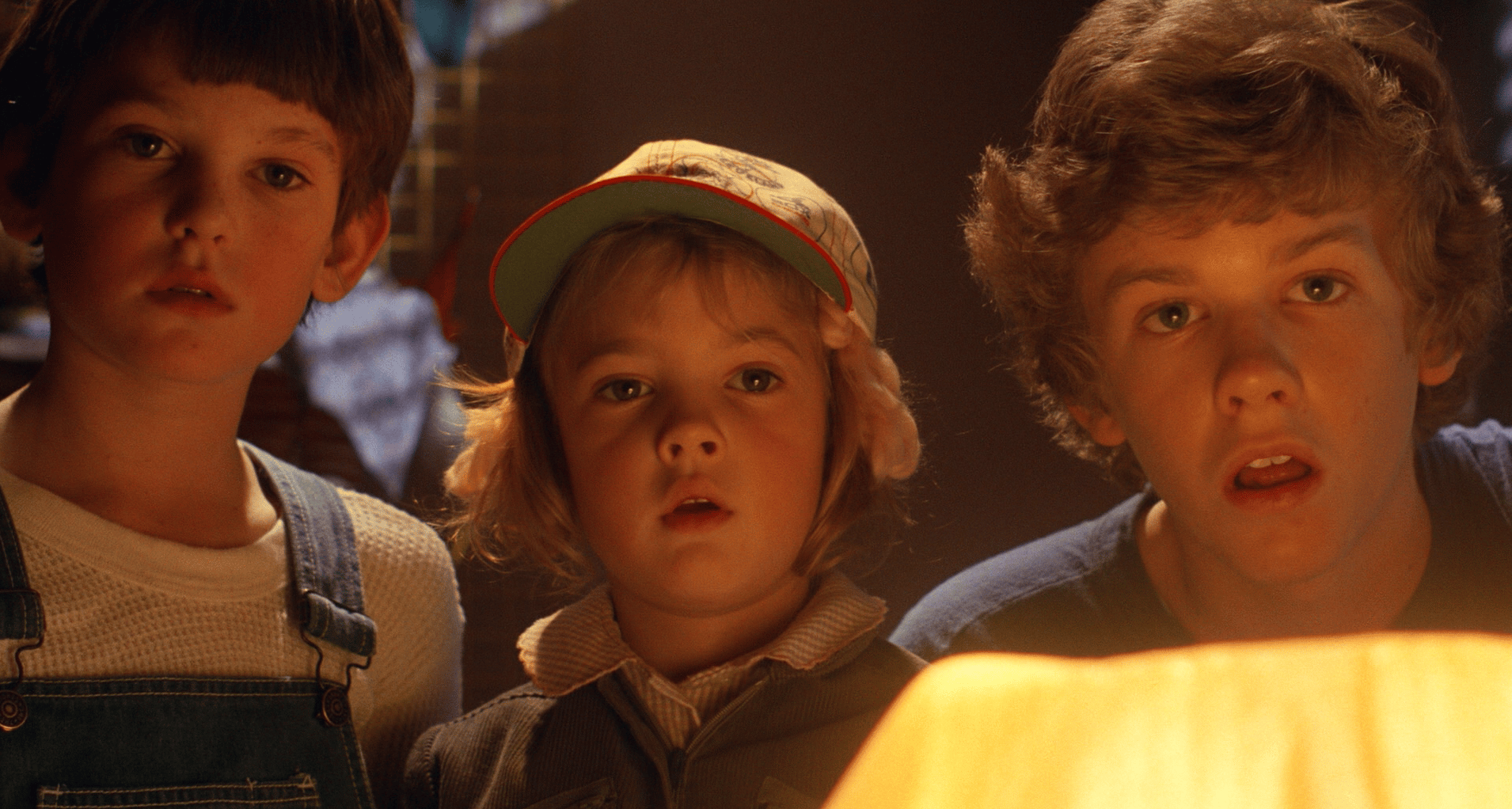 Believing that E.T. is coming back, Elliot leads his siblings, plus “his D&D buddies Steve, Tyler and Greg,” to the landing site of E.T.’s mothership – but they are instead met by the evil aliens, who have “razor-sharp teeth,” wield “some kind of dagger,” and have telepathic powers with which they can temporarily paralyse their victims. Using telepathic signals, they demand the children tell them the location of E.T. – whose real name, we are told, is Zrek.

Unconvinced when the Taylors tell them that E.T. has “gone home,” the aliens abduct the children and subject them to torturous interrogation: “While one child is interrogated, another is being examined. Gertie is crying and calling for Mary and E.T. for help. The others endure (as their war-gaming experiences have taught them).”

Elliot endures such “tremendous” pain that, before he “blacks out,” his cries echo “into the cosmos” – where E.T./Zrek finally hears him. It’s only at this point, in the final act, that E.T. himself finally makes an appearance, coming to the evil alien ship on a rescue mission. After safely getting the siblings back home, he disappears into space once more, which is where the story ends. 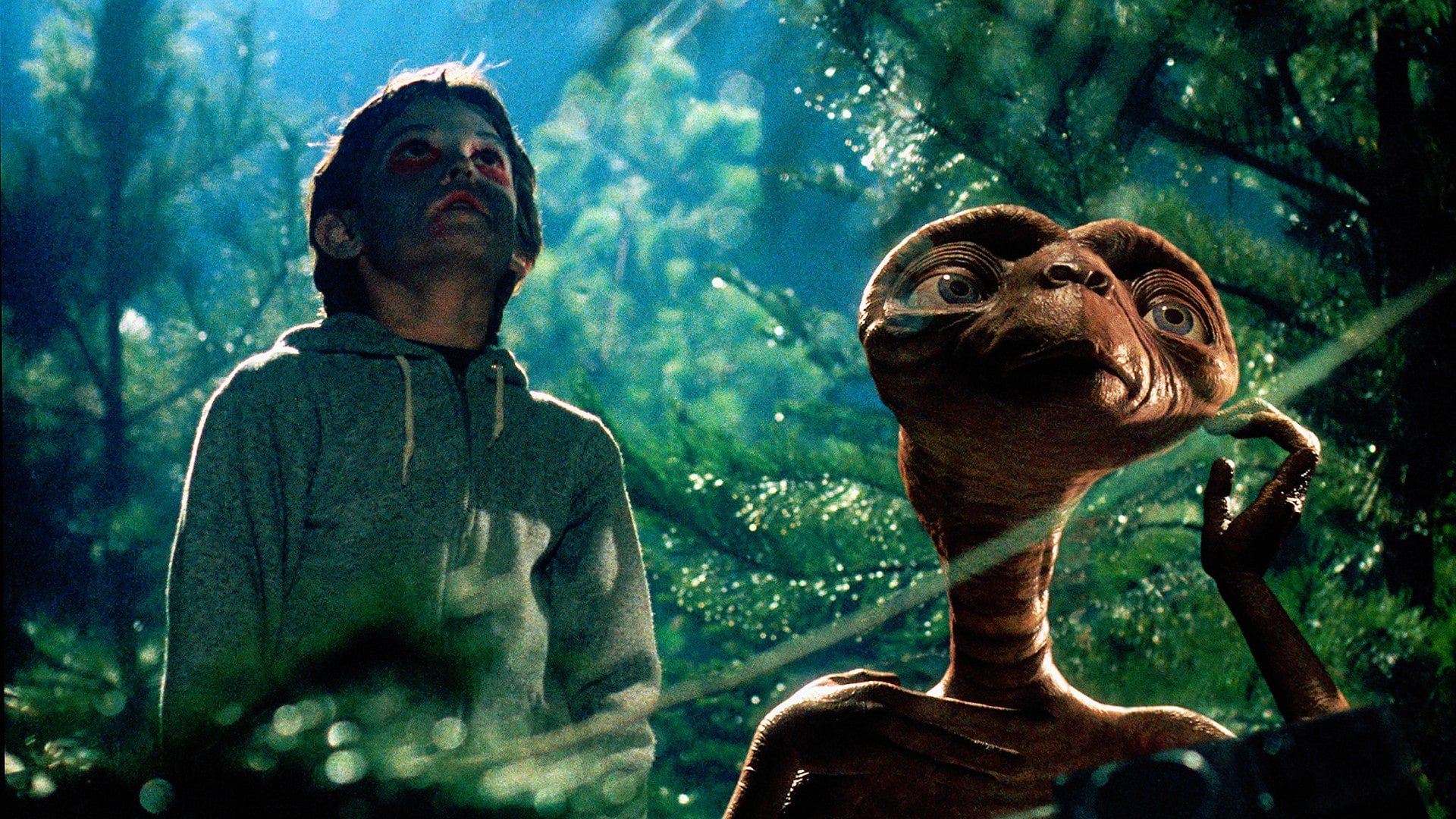 The Nocturnal Fears synopsis has a lot to process. On the one hand, given that the E.T. character had originally been conceived as part of a sci-fi horror movie, there’s a certain logic to making the sequel scary; plus, Star Wars had enjoyed great success going darker with its sequel The Empire Strikes Back.

Yet it’s hard to believe that Spielberg pitched such a bleak sequel to such a tender and above all child-friendly film, and one in which E.T. himself doesn’t even appear until the end. (Let’s not even get started on the name ‘Zrek.’) The lack of sentimentality might have something to do with the filmmaker’s love life in this period.

The film Spielberg would ultimately make next, Indiana Jones and the Temple of Doom, would be similarly dark, and Spielberg’s collaborator George Lucas has some thoughts on why: “Part of it was I was going through a divorce, Steven had just broken up [possibly with Superman actress Margot Kidder, who Spielberg dated in the early 80s] and we were not in a good mood, so we decided on something a little more edgy. It ended up darker than we thought it would be.” 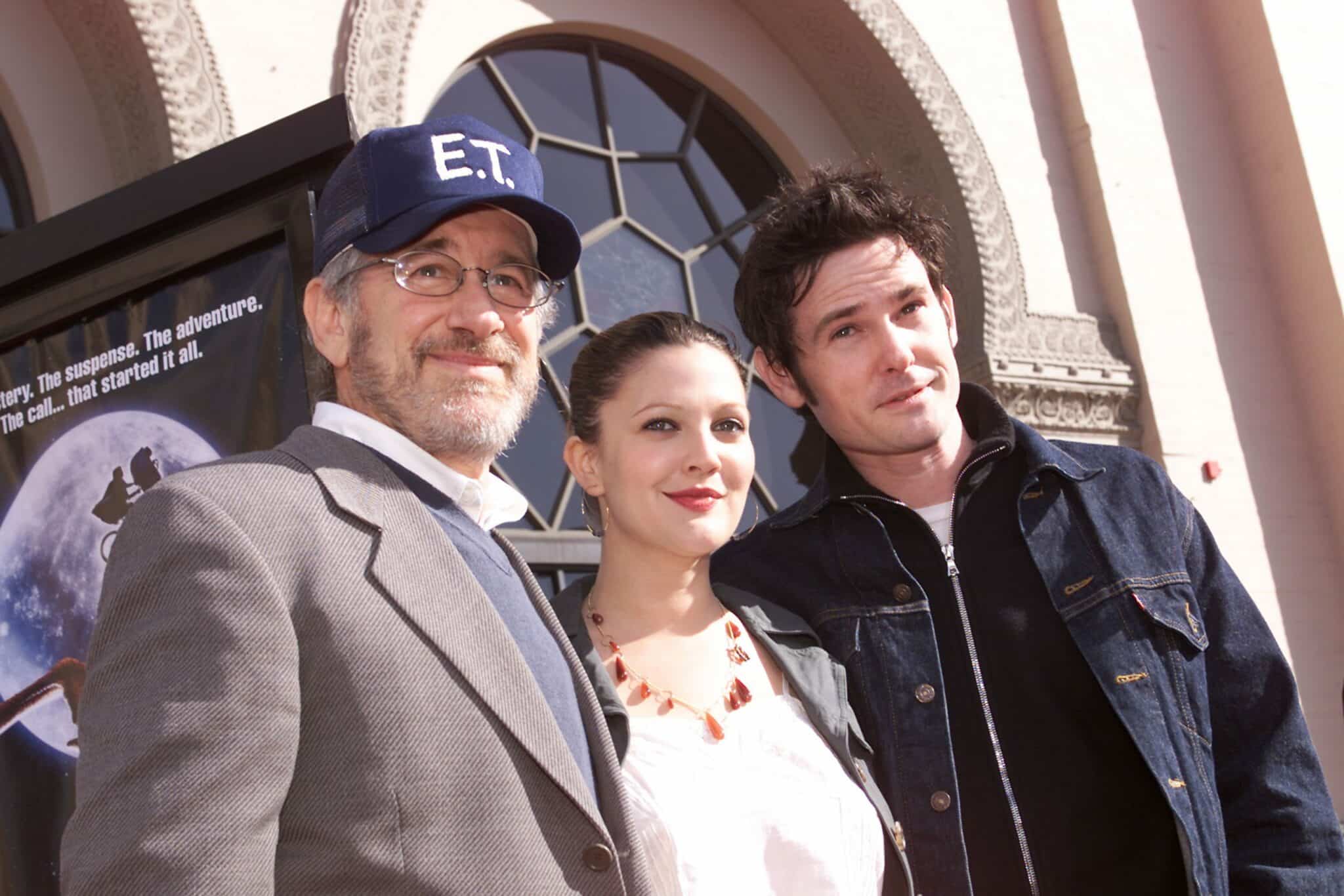 Eventually Spielberg shelved E.T. II: Nocturnal Fears, stating that the sequel “would do nothing but rob the original of its virginity.” It has been speculated that the director never intended to make the film at all, and that the sequel treatment had been written purely as a contractual obligation to studio Universal.

Drew Barrymore has lent some credence to this rumour. In 2018, the Gertie actress told Entertainment Tonight, “[Spielberg] never wanted to make [a sequel], because he felt like what he did is just what it should be.” 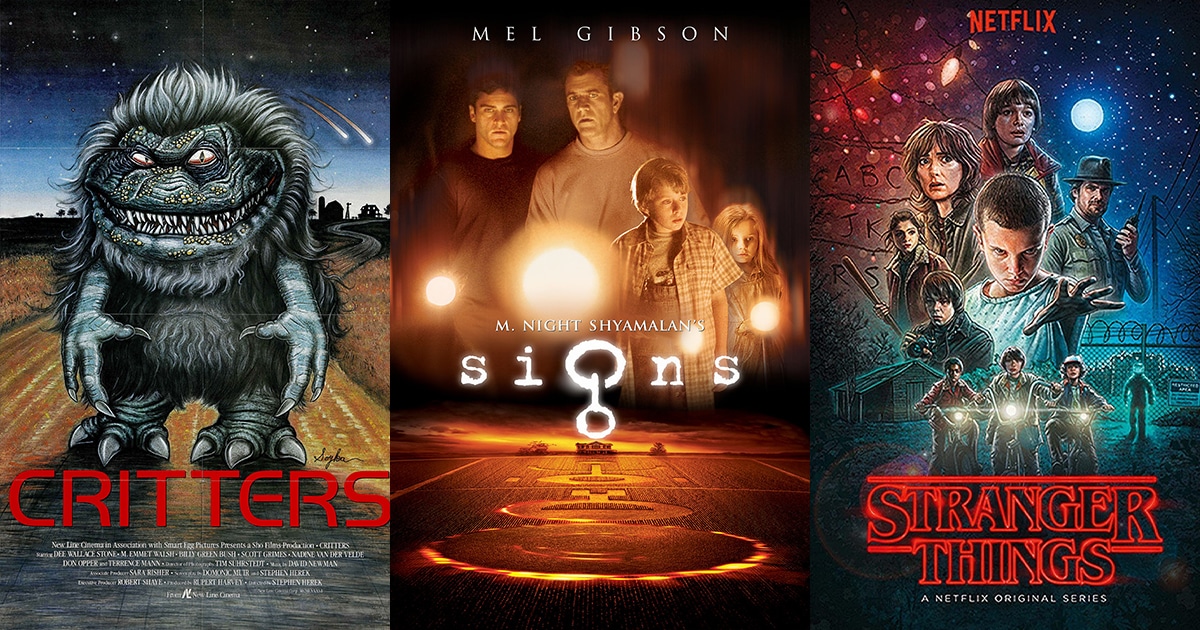 Still, in its own way Nocturnal Fears has made a mark. The films Spielberg respectively directed and produced straight after E.T., Temple of Doom and Gremlins, have a similarly dark tone (with the former even echoing Nocturnal Fears in that it features kidnapped children tormented by cruel captors).

Non-Spielberg movies including 1986’s Critters (which starred E.T.’s Dee Wallace) and 2002’s Signs also seem to have been influenced both by the Nocturnal Fears treatment and the unproduced Night Skies script.

Of course, E.T. was a significant influence on Netflix’s Stranger Things, and it’s not hard to see Nocturnal Fears in the Netflix series, not least the young Dungeons and Dragons players whose “war-gaming experiences” help them deal with real-life otherworldly threats. 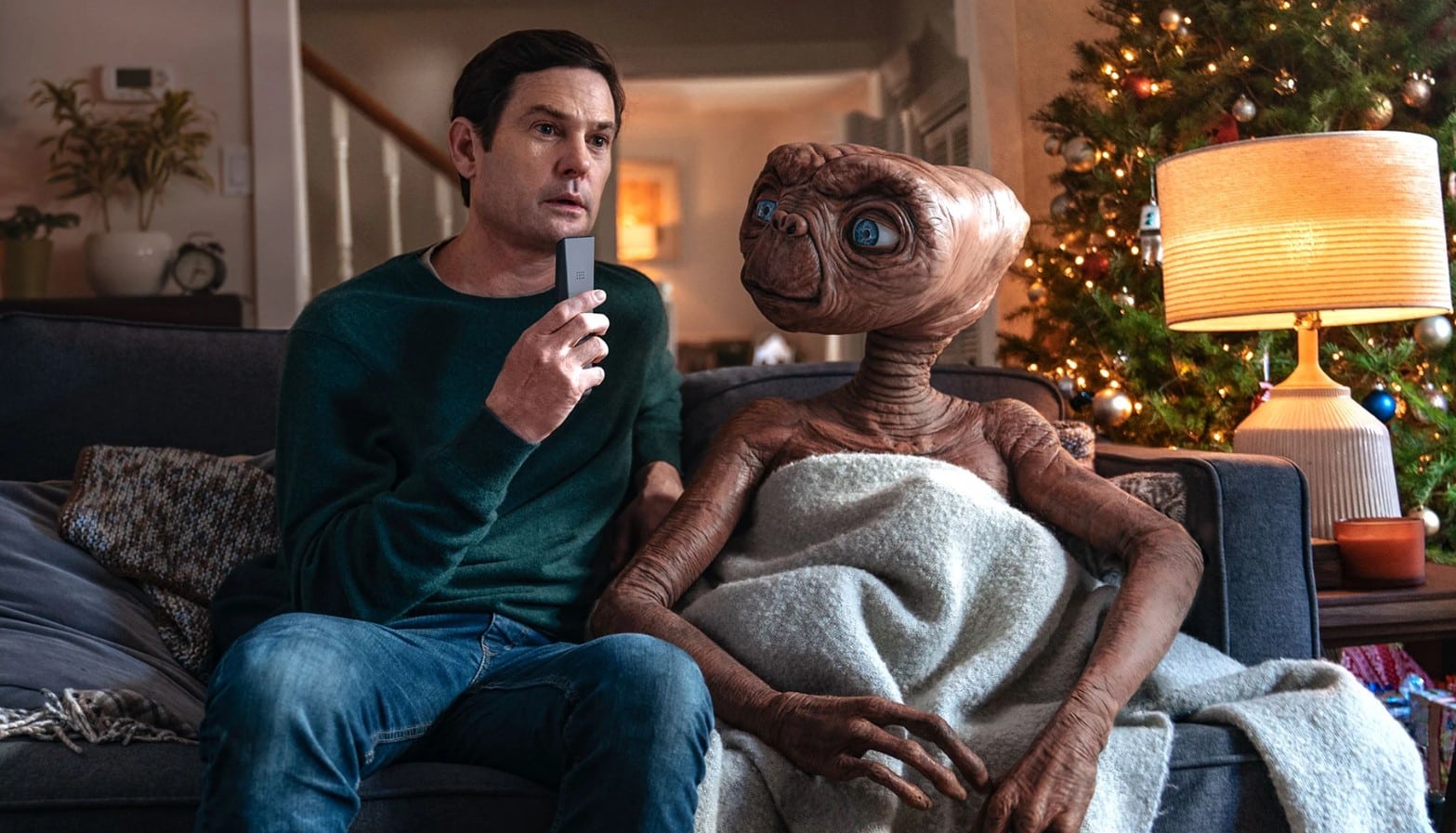 Spielberg’s only significant return to E.T. the Extra-Terrestrial came on its 20th anniversary in 2002, when – following the example of George Lucas’ Star Wars special editions – the director re-released the 1982 film in a new cut with deleted scenes re-inserted and modern CGI replacing some of the older FX. Spielberg has since expressed regret about this special edition, and has only included the original cut on subsequent home entertainment releases of the film.

The closest we’ve ever gotten to a bona fide E.T. II is a 2019 commercial for Xfinity/Sky, in which Spielberg was not directly involved. Henry Thomas, who reprised the role of Elliot in the 2019 commercial, has said that “I think Spielberg okayed the commercial because that’s as close to a sequel as he’s willing to go, as he’s willing to allow.” Producer Frank Marshall has also vowed E.T. will never be remade.