Donald Glover, star of Community, creator of Atlanta and Childish Gambino musician, made a splash as a Saturday Night Live host and musical guest in 2018. In his opening monologue, the then-34-year-old actor and rapper joked: “The answer to the question everyone’s asking is: yes, I am Danny Glover’s father.”

Glover was making light of an urban legend – that he is the son of the Lethal Weapon star – which has endured for years. In reality, Donald Glover and Danny Glover are not related in any way. Despite their similar names and professions, the pair are not father and son; in fact, Donald and Danny have never even met. 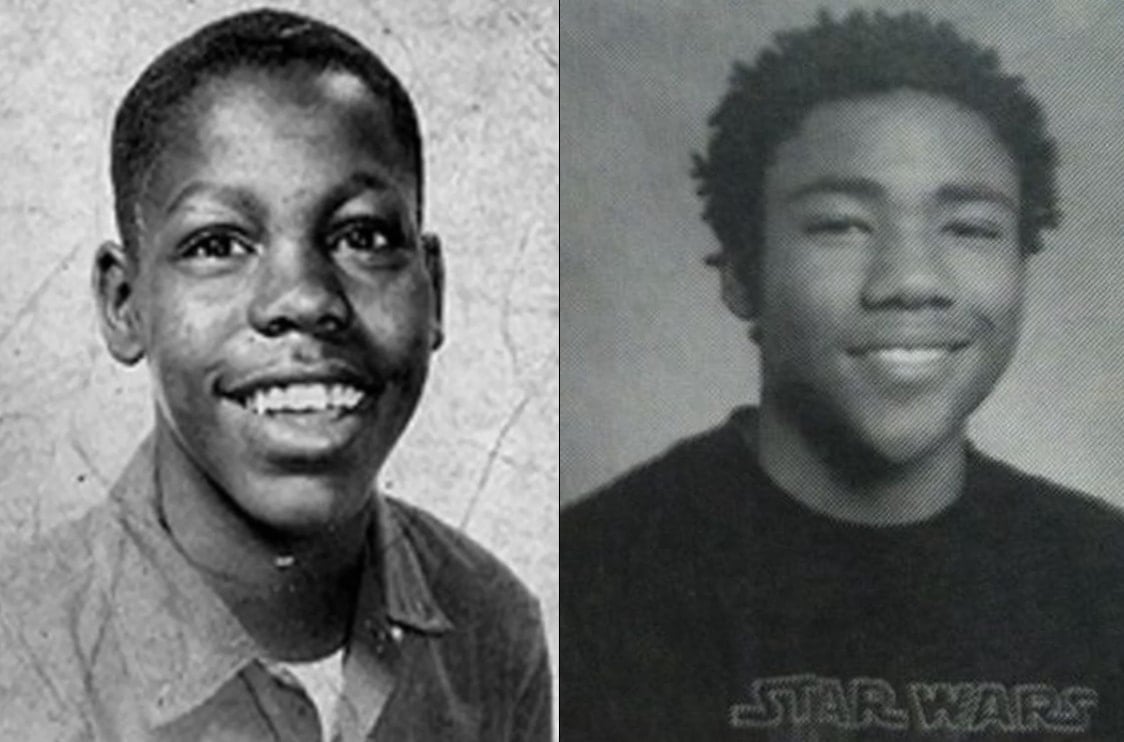 The surname Glover, which is English in origin, refers to someone who makes or sells gloves. Danny and Donald Glover share this name with the astronaut Victor J Glover, the actor Crispin Glover and Jackass star Steve-O, aka Stephen Gilchrist Glover.

Danny Glover was born in San Francisco in 1946. His parents, Carrie and James, were both postal workers, and active members of the NAACP. Danny worked as a city administrator before making his movie debut in Escape from Alcatraz (1979) at the age of 32, then won fame for his role as Roger Murtaugh in the Lethal Weapon franchise, all while following in his parents’ footsteps by living a politically active life. 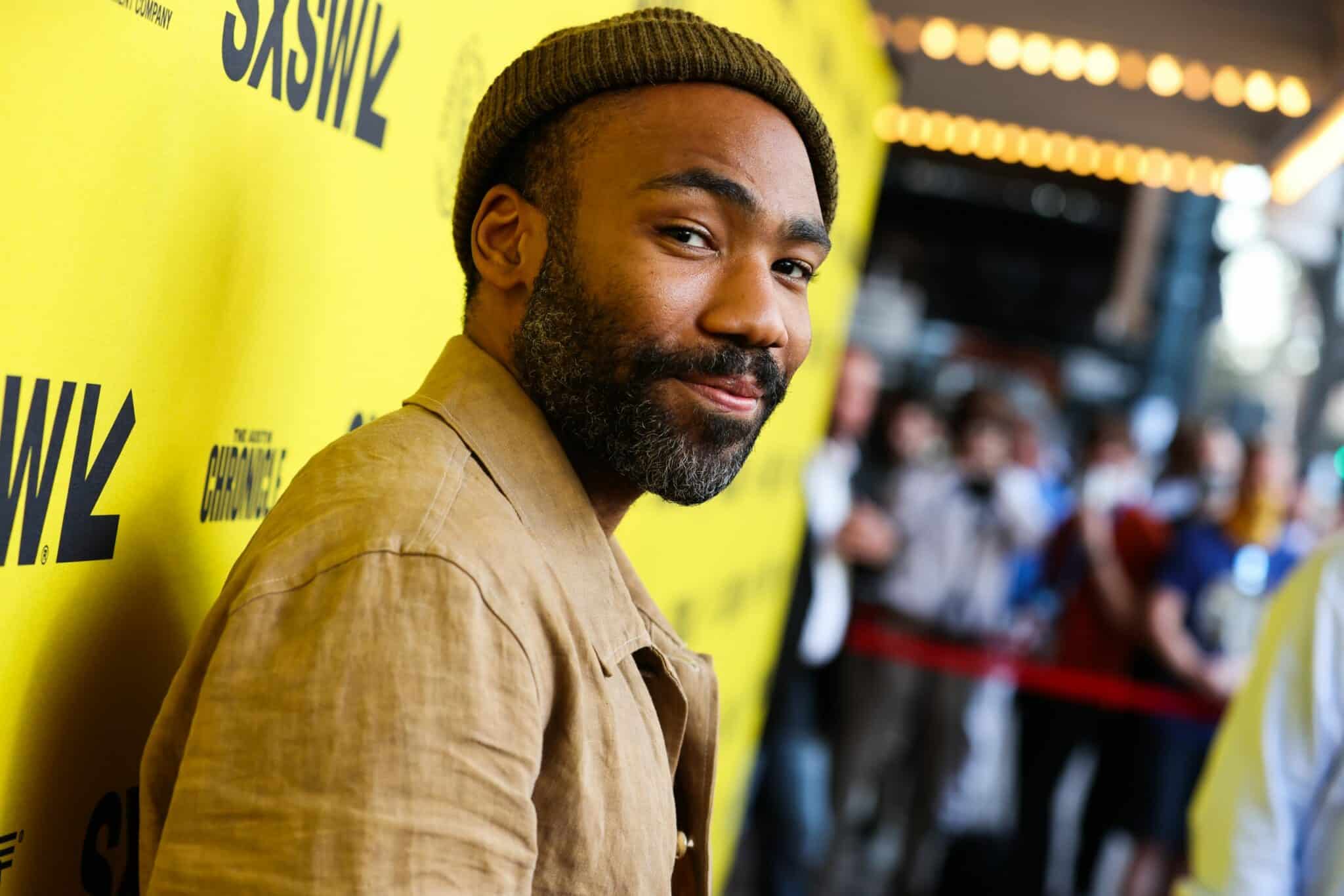 After he graduated from New York’s prestigious Tisch School of the Arts, Donald became a writer for the NBC show 30 Rock and later starred in the sitcom Community as Troy Barnes. In the late 2010s, Donald’s career really took off, with his TV show Atlanta, his music career under the moniker Childish Gambino and his role as a young Lando Calrissian in Solo: A Star Wars Story proving him to be a real renaissance man.

From the very beginning of his time in the spotlight, Donald has been dealing with confusion over his Danny Glover (non-)connection. In the 2011 Childish Gambino song Sunrise, Donald included the lyric, “Danny Glover, no relation / Always workin’, no vacation”. The falsehood would become so widespread that Donald’s IMDb page now explicitly states: “He is not, despite rumors, related to actor Danny Glover”. 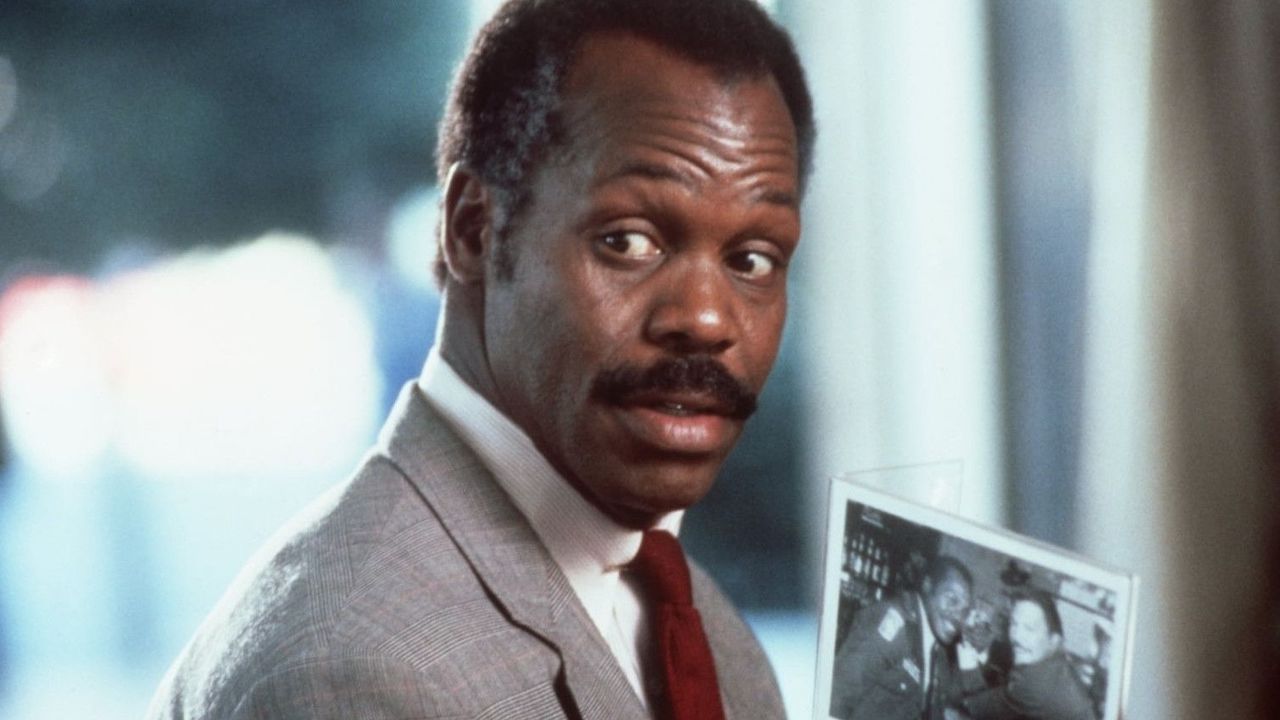 In a 2012 interview with Esquire Magazine, Donald revealed that he is often mistakenly called Danny, which adds to the confusion surrounding himself and Danny Glover: “Yes, people think I’m Danny Glover’s son. I get called Danny all the time, because it’s a name that makes more sense than Donald.

“It’s not a popular name… I like it, because it definitely shaped who I was. All the black kids where I grew up [in Georgia] were named Keith and Darius. They were like ‘What’s your name?’ ‘Donald.’ You know, you should be eating boiled eggs or something.”

Danny Glover has never publicly referred to the misconception that he and Donald are related. We know from Donald, however, that the two have yet to cross paths. “I’ve never met him”, Donald said in 2018. “But I’m sure he probably gets it too now, just like, ‘Who’s this Donald Glover guy, going around, eating off of me?!'” 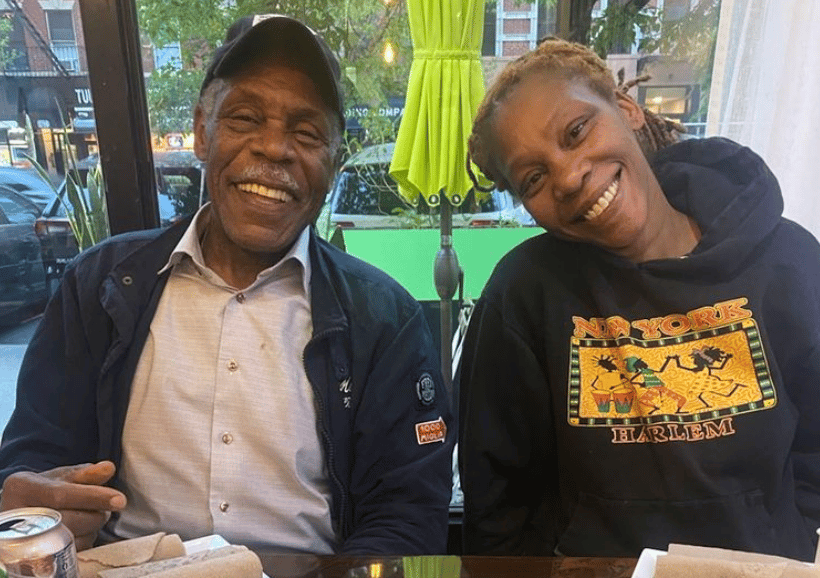 Danny Glover does have one child, with first wife Asake Bomani: daughter Mandisa, who was born in 1976. She is a chef and a movie set costumer.

Donald Glover, meanwhile, is a father to three sons: Legend (born in 2016), Drake (born in 2018) and Donald (born in 2020). The latter was named after the actor’s father Donald Glover Sr, who passed away months before the youngest Donald was born. The star is considering adopting children in the future. 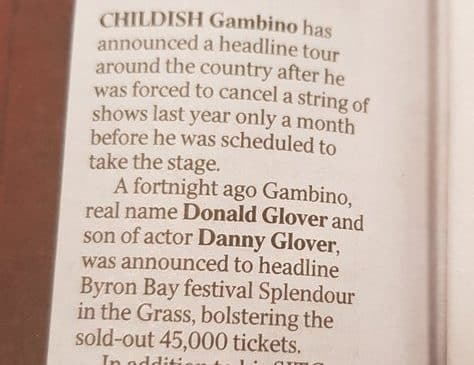 It’s not just fans who have imagined a link between Danny and Donald Glover. In 2016, producer Mitch Feltscheer spotted an error in Sydney’s Daily Telegraph, which wrongly described Donald as Danny’s son in an article about a re-booked Australian tour.

Beyond the mistaken belief that Danny and Donald are father and son, other journalists have completely mixed up the two men entirely.

In a November 2011 edition of Canada’s London Metro, entitled ‘Celebrity Tweets’, a quote from Donald Glover’s Twitter was accompanied by an image of Danny Glover.

The now-deleted tweet in question, wrongly attributed to Danny, read: “P.S. If you’re a racially ambiguous girl in an insurance ad, I will crush on you something stupid.”