What Made Diff’rent Strokes’ Dana Plato Take Her Life?

The history of Hollywood child stars is littered with tragic tales of lost innocence and early death. One of the saddest such stories is that of Dana Plato, the American actress who rose to fame as Kimberly Drummond on hit sitcom Diff’rent Strokes. Aged 14, Plato experienced a swift, early ascent to stardom, becoming one of the world’s most recognised TV actors practically overnight. Her downfall would come almost as fast.

Afflicted by addiction and mental health issues, Plato’s post-Diff’rent Strokes life would be short and painful. Plato died in May 1999 aged 34, from an overdose of prescription painkillers, the day after being interviewed by Howard Stern in a controversial appearance on his show. While initially considered an accident, Plato’s death was later ruled a suicide – with some blaming Stern for her decision to take her own life. 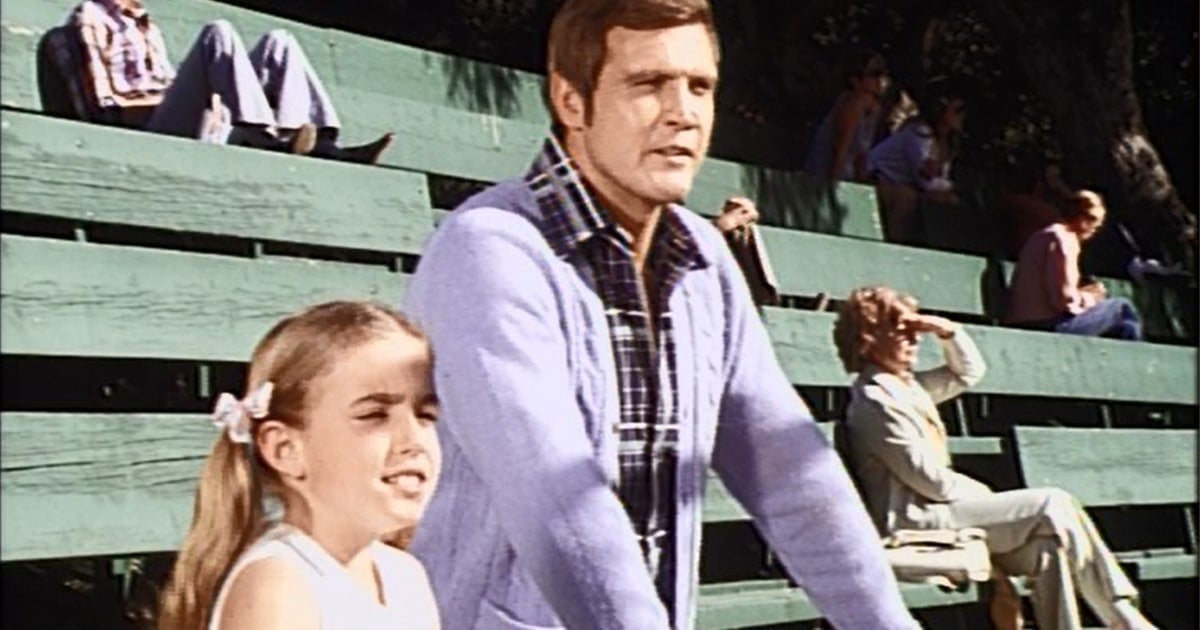 Born Dana Michelle Strain on November 7, 1964, in Maywood, California, Dana Plato was the second child of the teenage Linda Strain. Put up for adoption, at seven months Dana became the legal child of Dean and Florine Plato, whose surname she subsequently took. Plato’s adoptive parents divorced when she was three, after which she was raised alone by her adoptive mother, who started putting her child forward for modelling and acting work.

Whilst still a pre-teen, Plato appeared in over a hundred TV commercials. She made her official acting debut in a 1975 episode of The Six Million Dollar Man and went on to small roles in a number of films including Exorcist II: The Heretic. Plato also showed great promise as a figure skater, and was at one point a contender for the US Olympic team, but she abandoned the sport when Diff’rent Strokes came along in 1978.

Primarily a vehicle for Conrad Bain (an established sitcom star thanks to Maude) and promising child actor Gary Coleman, Diff’rent Strokes centred on orphaned African-American brothers Arnold and Willis, played by Coleman and Todd Bridges, who are adopted by white millionaire Phillip Hammond. The producers spotted Dana Plato playing a cheerleader in an episode of The Gong Show, on the strength of which she was cast as Hammond’s over-privileged biological daughter Kimberly. 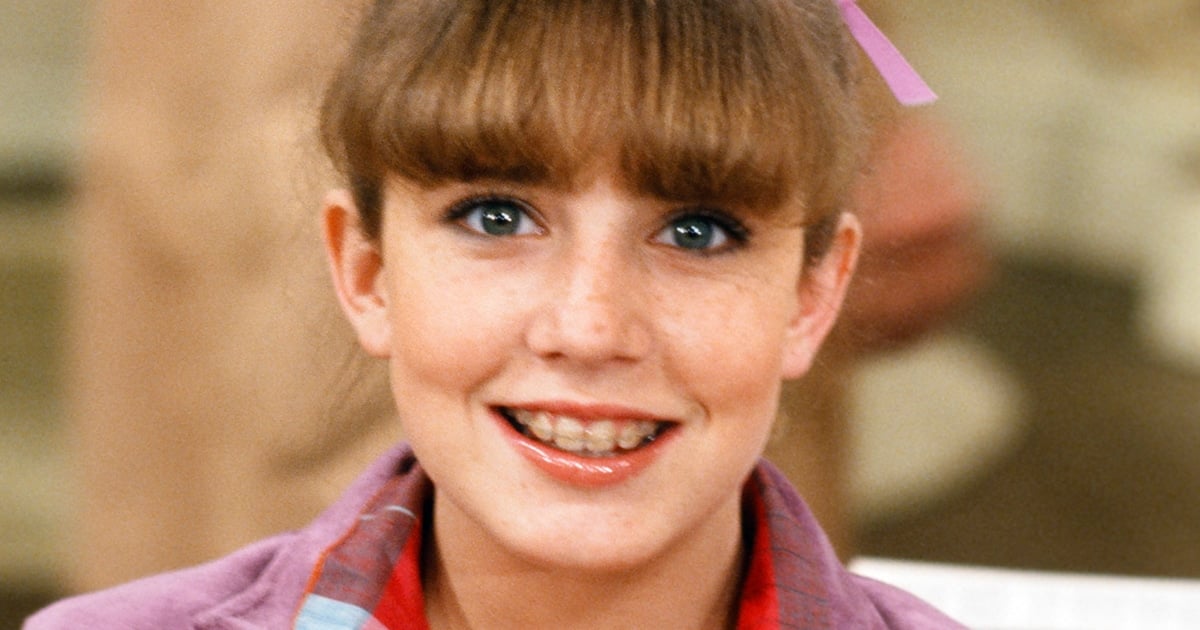 Plato turned 14 almost as soon as Diff’rent Strokes hit the airwaves in November 1978, and along with her co-stars she was thrust into the limelight. Soon considered a teen idol, Plato made a slew of appearances on other hit shows, reprising the role of Kimberly in The Facts of Life and Hello, Larry, as well as playing herself in CHiPs. Plato also earned two Young Artist Award nominations, for her performances in both Diff’rent Strokes and 1981 TV movie A Step in Time. At the height of the show’s success, Plato says she was earning $100,000 per episode.

Sadly, it wasn’t long before Plato’s sudden success led her down a dark path. Within the first year of Diff’rent Strokes, she had suffered her first drug overdose. In 1983, she began a relationship with Lanny Lambert, guitarist from 70s one-hit rock band Bullet, and moved in with him aged 18. The couple wed the following year and Plato fell pregnant. This proved the final straw for the Diff’rent Strokes producers.

Plato was dismissed as a full-time Diff’rent Strokes cast member in 1984, as it was felt her wild child image was at odds with what was meant to be a wholesome, family-friendly sitcom. Even so, Plato continued to make occasional appearances on the show, including a final episode which received critical acclaim for tackling the sensitive subject of bulimia. 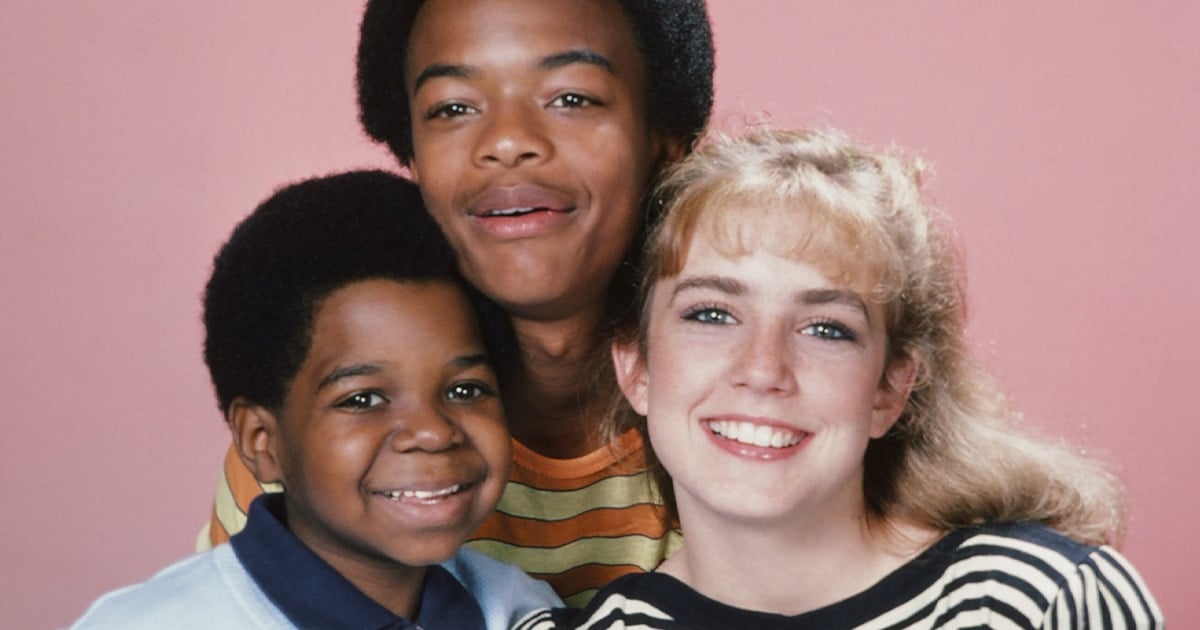 Since Diff’rent Strokes came to an end in 1986, the once-beloved family sitcom’s legacy has been tarnished by the unhappy fates of all three of its young stars. Willis actor Todd Bridges had also descended into heavy drug use and wound up going on trial twice for attempted murder after shooting a drug dealer. Later he would spend three months in jail for possession.

Plato, meanwhile, struggled with her finances, her addictions and the loss of her adoptive mother, who passed away in 1988 after years of poor health. Plato’s marriage was breaking down around the same time, and she was deceived into placing her bank accounts in the hands of an accountant who subsequently absconded with almost her entire fortune. 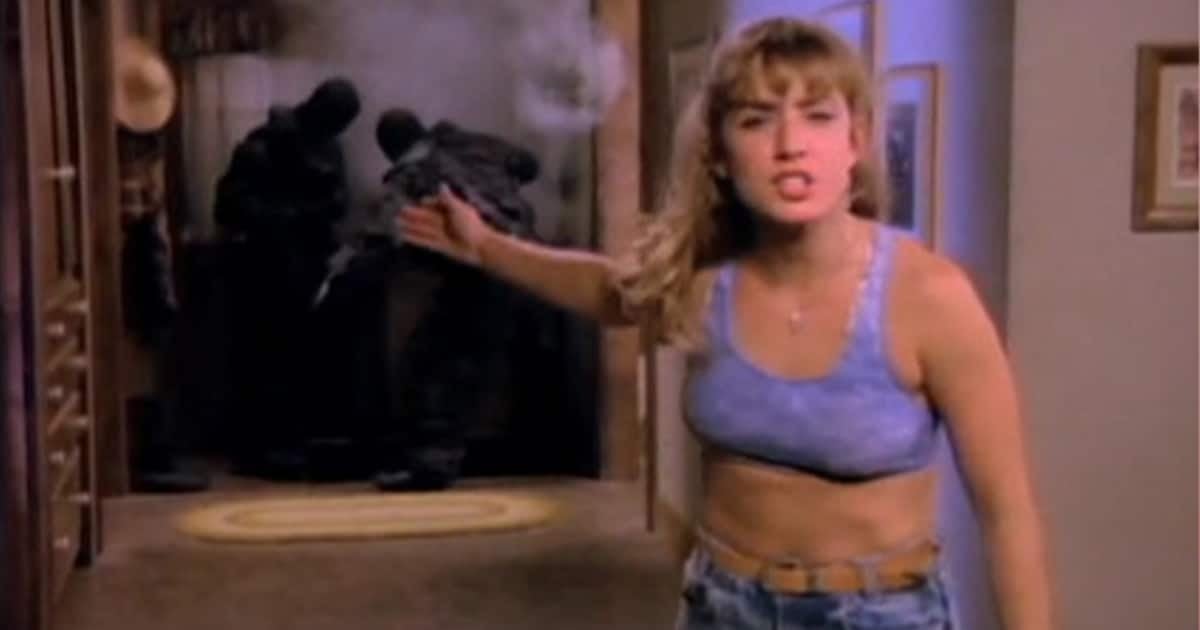 By the decade’s end, Plato was getting desperate financially and struggling to find work. Like a lot of former child stars, she became anxious to shake off her sweet and innocent image, which prompted her to undergo breast augmentation surgery and take racier acting roles. She also decided to pose for Playboy magazine.

1992 saw Plato make perhaps her most memorable appearance outside of Diff’rent Strokes, when she starred in video game Night Trap. This was a landmark moment, as no established actor had ever appeared in a video game before. However, Plato’s role was overshadowed by controversy over Night Trap’s horror elements, which helped lead to the introduction of age ratings on video games.

Alas, Plato’s personal life continued to grab more headlines than her acting career. After divorcing Lanny Lambert in 1990, she lost custody of their son, Tyler. She was arrested in 1991 after holding up a video store with a pellet gun and stealing $164 from the register, after which she was sentenced to five years on probation. 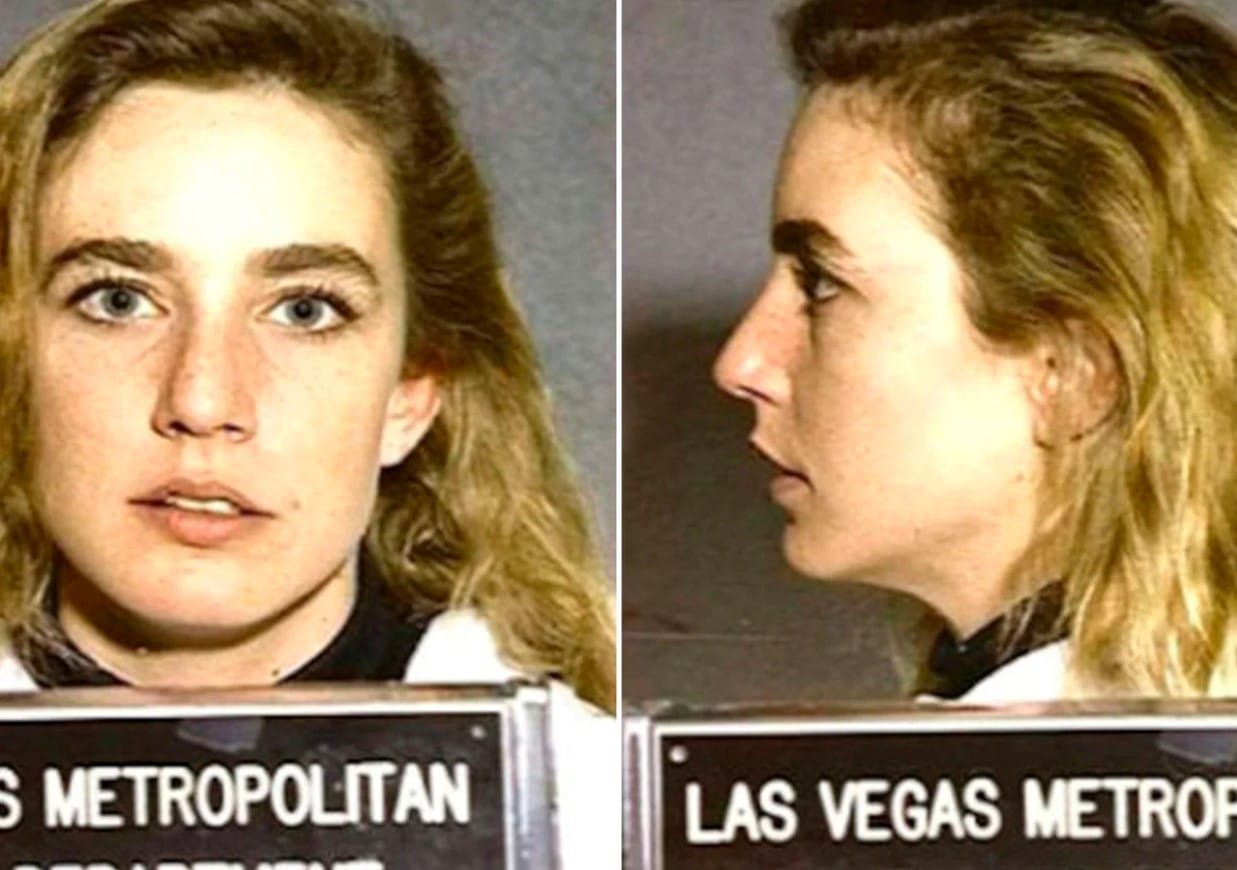 Plato was subsequently arrested again in 1992, for forging a prescription for diazepam. Plato told the press at the time, “If I hadn’t gotten caught, it could have been the worst thing that happened to me because I could have died of a drug overdose.”

Plato’s fortunes did not improve as the 90s continued. In 1996 she was married a second time, to actor and producer and Scott Atkins, but they split a mere month later. Most of her final acting roles were in softcore erotica, and towards the end of her life she was spotted working for a dry cleaner in Las Vegas.

Then, on May 7, 1999, Plato gave what proved to be her final interview on The Howard Stern Show. Ever the provocateur, Stern did not shy away from making jibes at Plato’s expense and quizzing her on the more sensitive aspects of her personal life, whilst listeners who phoned in bluntly expressed scepticism over Plato’s claims to have been sober for a decade. 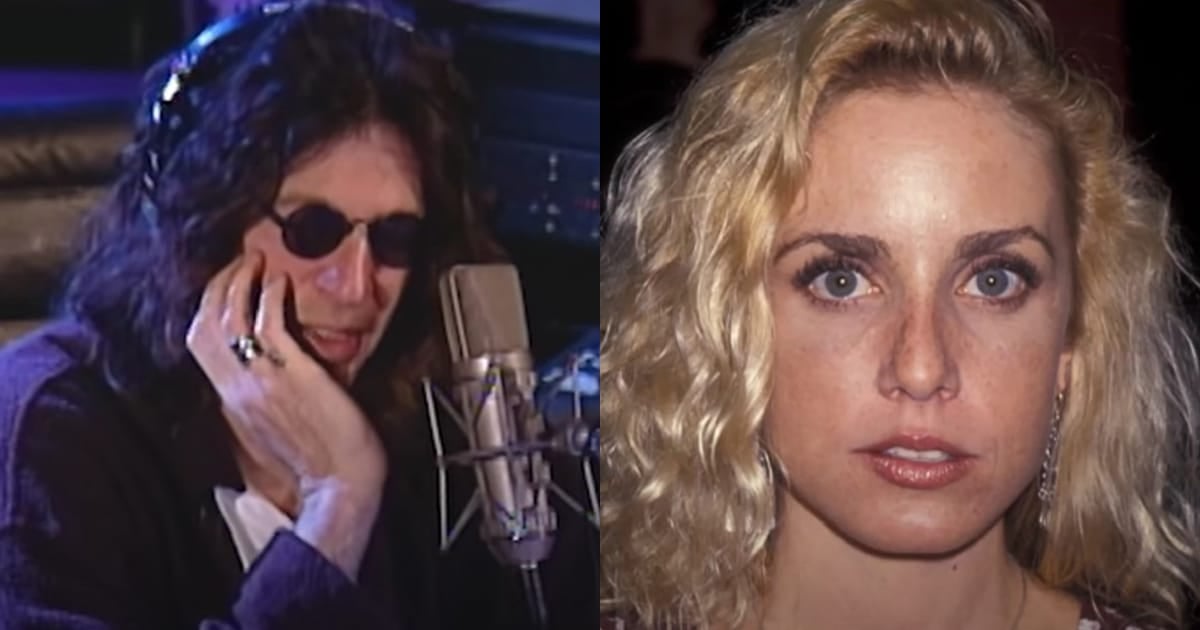 Pressured by both Stern and the listeners to give proof of her sobriety, Plato angrily offered to take a drugs test on the air. She consented to having a piece of her hair cut for testing, although Stern said later that the test never took place. The radio host told the New York Post, “[after the interview] she said, ‘I want my hair back.’ That’s when I knew she was lying. That’s when I knew she must have been on drugs… we still have the hair. Obviously we don’t have to test it now.”

The next day, Plato and her manager/fiancé Robert Menchaca went to his mother’s house in Oklahoma. She died in her sleep that night, after overdosing on a mixture of prescription medication including Valium and the painkiller Loritrab. When the news was first announced, a police spokesperson declared, “The death appears to be an accidental overdose. We don’t suspect suicide.”

However, on further investigation it was ruled that Plato must have knowingly overdosed with the intention of ending her own life. In the immediate aftermath, many accused Stern of pushing her over the edge. Her Diff’rent Strokes co-star Todd Bridges remarked, “I thought something was wrong…I was hoping I was wrong…You could see it on Dana’s face that she was hurting and she needed a lot of help.” 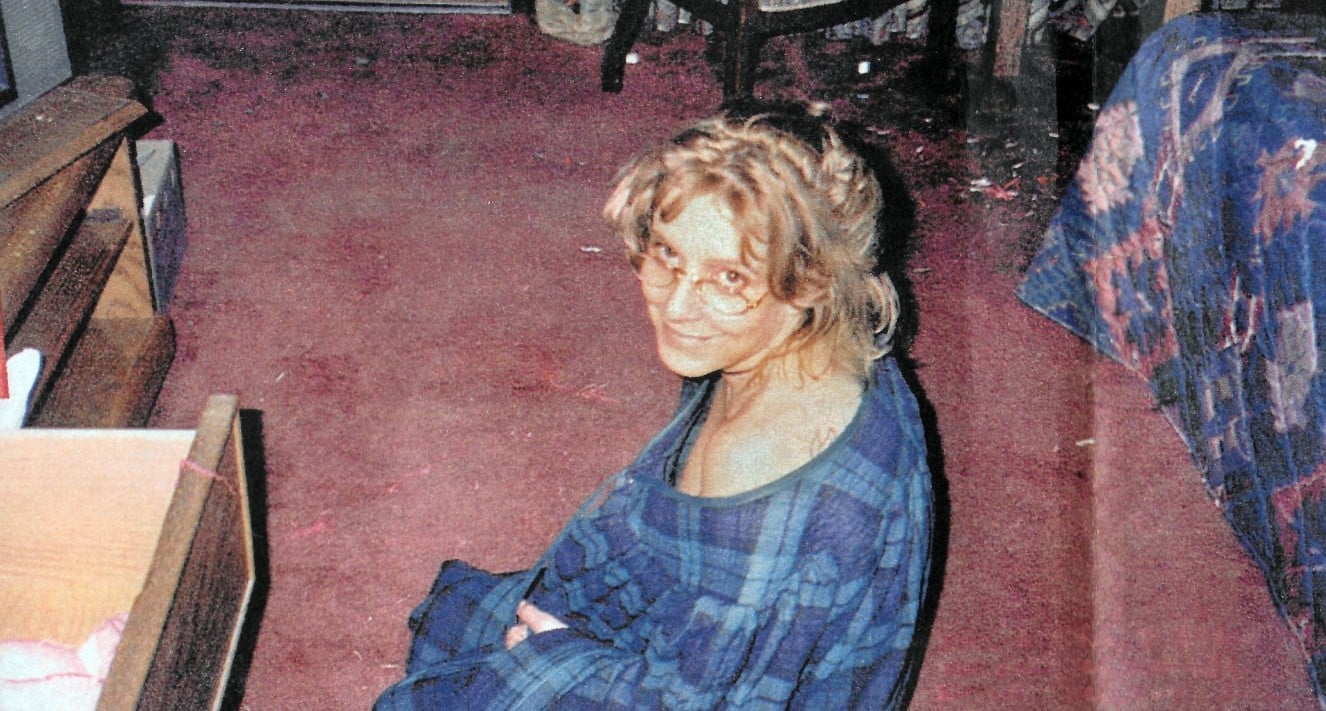 Bridges’ mother Betty Bridges pointed the finger squarely at Stern: “After going on his show maybe she thought, ‘I need to take a Valium to calm me down because people think I’m on drugs’…If you’re not taking drugs and they’re saying you are, then you’re tripping out. She’s very sensitive.”

Stern, however, denied responsibility and insisted the actress had fun on his show. “Maybe we gave her her last good time. She thanked me afterward. She was sweet, very nice.”

In a tragic footnote to an already tragic story, Plato’s only child, Tyler Lambert, would also die by suicide on May 6, 2010, almost 11 years to the day since his mother took her own life. Much as the loss of her own mother had contributed to Plato’s addictions, so too had Plato’s son sought solace in drugs and alcohol after her death, leading to his own sad and untimely demise aged 25.