We’ve heard some curious rumours about our favourite movie stars over the years, but one of the most eye-opening involves Andy Garcia, and a rumoured scar on his shoulder. According to urban legend, Garcia was born with an undeveloped parasitic twin, which was attached to his shoulder and had to be surgically removed, allegedly leaving a tennis ball-sized scar. The problem with the story? There’s nothing to suggest it’s actually true.

Garcia’s secret twin isn’t something that the actor himself has ever publicly commented on, nor is it part of Garcia’s official biography, but the notion has long captured the imagination of film fans. Famously, the legend of Garcia’s twin has inspired a gag on TV’s Family Guy, while such major outlets as The Mirror, HuffPo and Us Weekly have reported it as fact – all despite the lack of any evidence to corroborate the story. 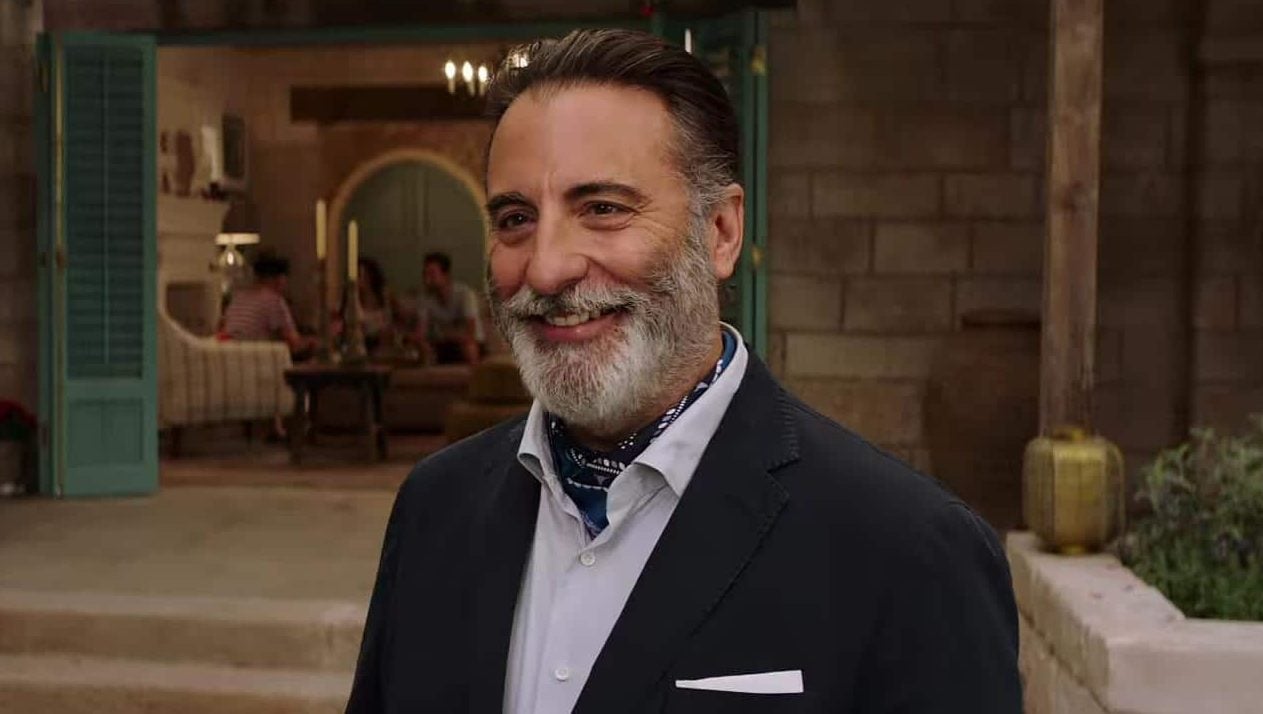 It’s not outside the realms of possibility that a high-profile celeb would be born with a parasitic twin; for one, Ramones vocalist Joey Ramone was born with a teratoma growing out of his back and which was surgically removed, leaving him with a lifelong scar.

It’s been rumoured that Garcia has a similar scar on his shoulder, though no photographic evidence of it exists – and suspicion has only been fuelled by Garcia’s career-long aversion to performing shirtless scenes.

Born in Havana, Cuba in 1956, Andy Garcia grew up in Miami, Florida with older brother Rene and older sister Tessi. In the mid-1980s, after a number of small film and TV roles Garcia really broke through in Hollywood with the key supporting role of rookie cop George Stone in 1987 hit The Untouchables, director Brian De Palma’s fact-based crime thriller in which Garcia appears alongside superstars Kevin Costner, Sean Connery and Robert De Niro. 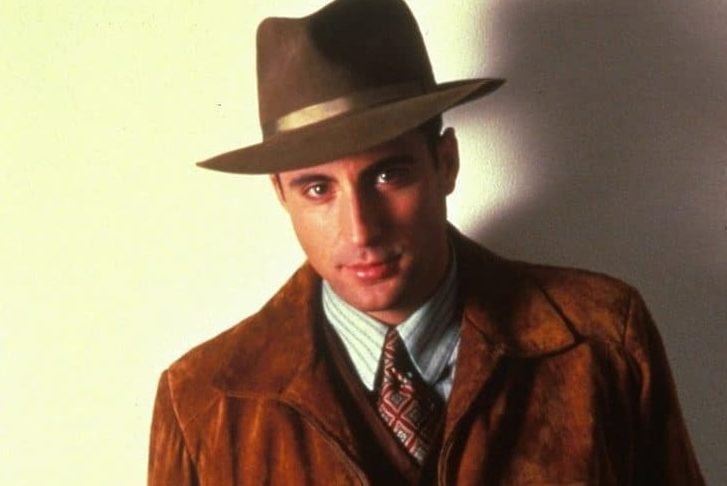 Garcia’s star would rise further in the years that followed, with major roles in such films as Black Rain, Dead Again and most notably The Godfather Part III, which earned him a Best Supporting Actor Oscar nomination. Breaking through in the kind of major roles which Latin American men tended not to be cast in at the time, Garcia became a hot commodity, and his on-screen sex appeal was clearly a big part of that.

However, while it’s long been the norm for handsome leading men to appear shirtless from time to time, Garcia has displayed a perhaps unusual reticence to perform scenes with his clothes off. Speaking to GQ in 1990, the actor recalled an early audition for a TV show where he was told, “This part requires you to be in very good shape. Take your shirt off.” Garcia refused, and didn’t get the role.

This anecdote might easily be interpreted as a laudable refusal to play along with the voyeuristic whims of Hollywood’s casting agents (which, as the #MeToo movement confirmed, affects men as well as women). However, it’s also notable that Garcia has even avoided performing nudity in roles where it might have been appropriate, such as his love scene with Nancy Travis in Internal Affairs.

The actor once explained to OK Magazine (quote via Female First), “I don’t believe in doing nude scenes so I don’t do them. I don’t want my children or my close friends to see me stripped naked making love to a woman I barely know. It isn’t necessary… If it means I have lost roles in the past, it can only be that they were not very good parts.”

Garcia does have a bare-chested scene in The Godfather Part III, as he lies in bed with Bridget Fonda, but it’s notable that he lies perfectly still with his shoulders pressed flat against the mattress and a pillow bulging over his shoulders. Some feel this serves to bolster suspicions that, rather than simply being modest, the actor has something on the back of his shoulder that he was trying to conceal.

The allegation, stated on NNDB and Garcia’s IMDb page, is that Andy Garcia was born with a conjoined twin attached to his shoulder, either the size of a tennis ball or softball. It’s said that the actor has no memory of his twin because it was surgically removed whilst he was still very young, and it left him with a scar.

If this is true of Garcia, he wouldn’t be the only celebrity to have been born with a conjoined twin. While Joey Ramone had his vestigial twin removed, there are of course many instances of conjoined twins who have gone on to live full lives; some have achieved fame in their own right, such as Abby and Brittany Hensel, who starred in their own reality TV show in 2012.

However, as there do not appear to be any concrete sources regarding Garcia’s supposed conjoined twin, and as the actor himself does not appear to have ever commented on it, it seems impossible to regard the story as anything but hearsay.

Nor have the rumours been lent much credence by a number of paparazzi photos of Garcia which appeared online in 2007, showing the actor shirtless on vacation. While these reveal the actor to have (gasp!) a fair amount of body hair and possibly some acne or sunburn on his back, there’s no sign of a scar that might once have been a growth the size of a tennis ball or softball. 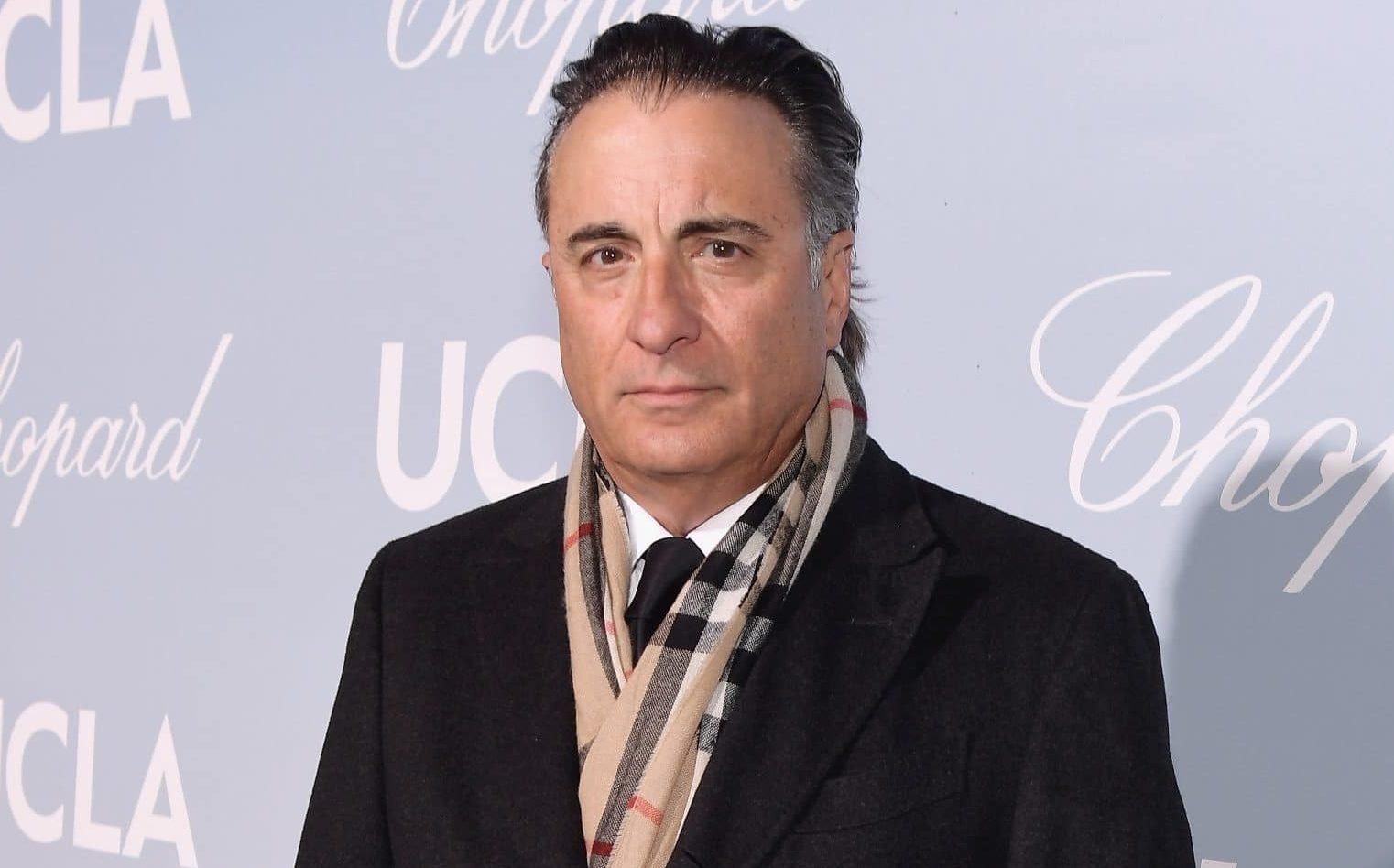 Now aged 66, Garcia has hit the age where actors are a little less likely to be asked to take their shirts off on camera, so it’s hard to imagine conspiracy theorists will get a closer look at Garcia’s shoulder any time soon. After all, keeping his shirt on has hardly kept Garcia from enjoying a very successful career thus far, with over 100 screen acting credits to his name, plus several credits as producer and director.