I Want that Man: Inside Debbie Harry’s Seduction of Harry Dean Stanton

Most people would agree that Debbie Harry was one of the great sex symbols of the 70s and 80s. Opinions might be more divided, however, on the sex appeal of the late, great Harry Dean Stanton – but the Blondie frontwoman, for one, had the hots for the cult character actor.

Harry’s 1989 solo single I Want that Man was written about Stanton, with whom the singer had developed an infatuation since seeing him in the 1984 cult film Paris, Texas. Once Stanton got wind of this, the two soon met – and enjoyed an improbable, brief and apparently rather physical romance. 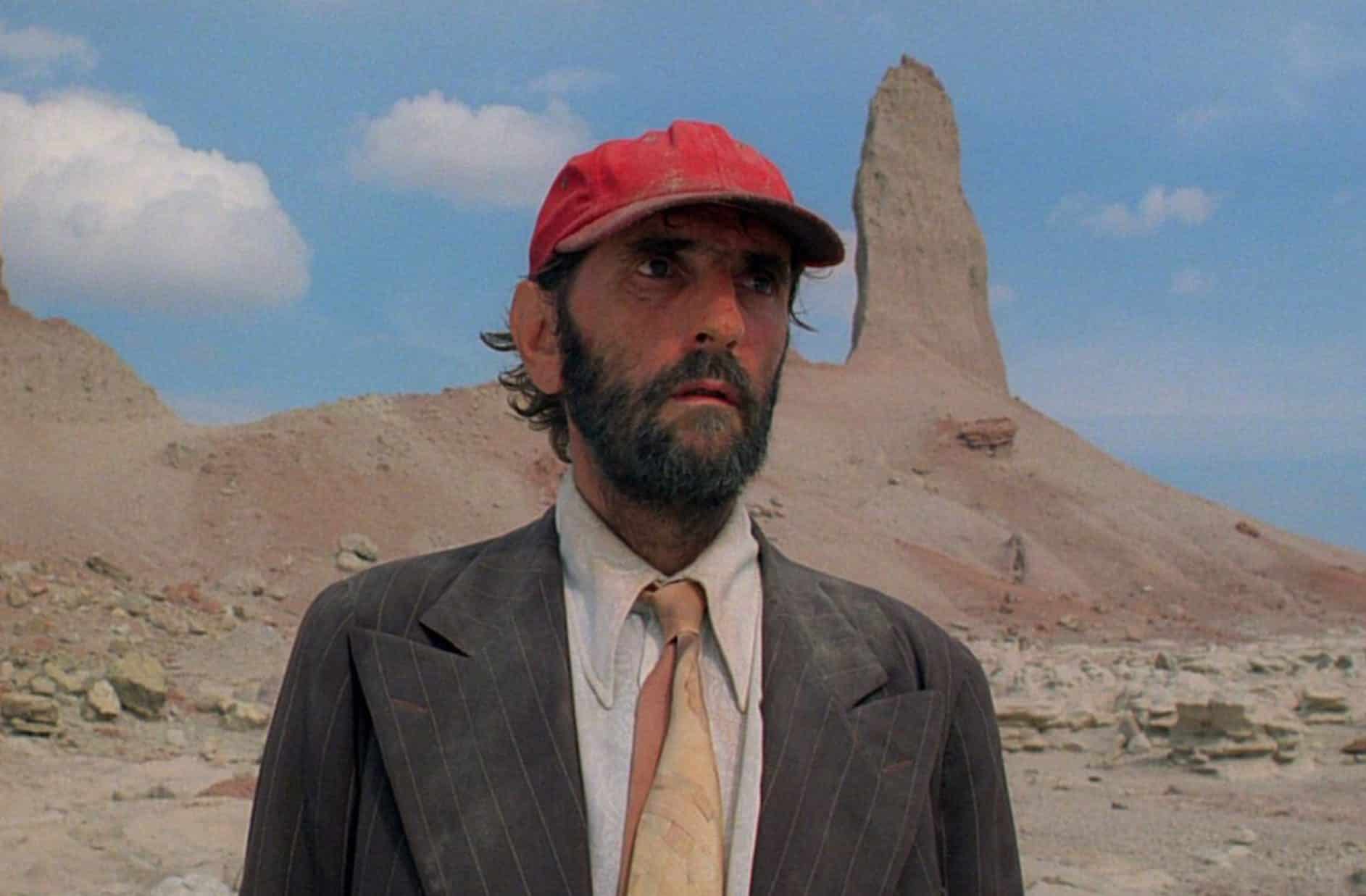 It’s rare that actors hit their stride quite as late in life as Harry Dean Stanton. Alhough he’d been plying his trade since the mid-50s, with scores of small roles in film and television, it wasn’t until the 1970s – with roles in such hits as The Godfather Part II and Alien – that Stanton started to gain recognition.

Then, in 1984, when Stanton was 58 years old, he suddenly became a truly hot commodity thanks to leading turns in two of the cult films of the decade: Repo Man and Paris, Texas. While neither film was a great box office hit, earning less than $6 million put together, Repo Man and Paris, Texas wowed critics and earned an enthusiastic following amongst the art house crowd.

Stanton suddenly became a new poster child for the burgeoning American independent film scene. This, combined with his quirky persona and links to the music industry (also a singer and guitarist, Stanton’s friends included Bob Dylan and Kris Kristofferson), made the actor unusually hip for a man approaching his 60s. 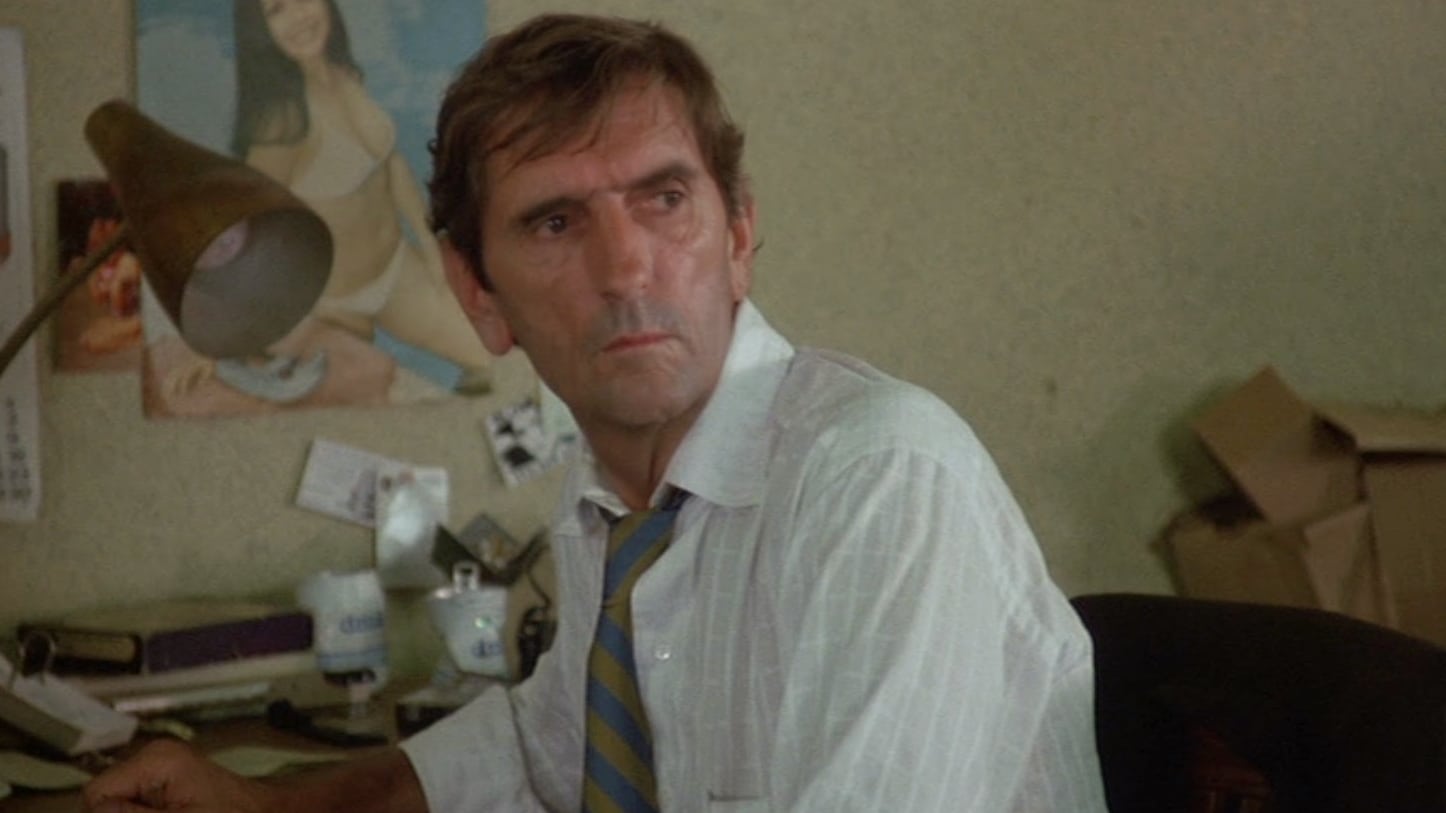 As well as appearing in independent art house films and major studio productions ranging from Pretty in Pink and The Care Bears Movie to The Last Temptation of Christ and Wild at Heart, Stanton even made some waves in the world of fashion, appearing as a catwalk model at a 1991 fashion show in Paris (the one in France, that time).

Despite his age, Stanton – who never married (although he claimed in his later years to have fathered “one or two children”) – had no shortage of luck in love with younger women. Most famously, he had a relationship with Rebecca De Mornay when he was 55 and she was 22.

Though in later years they reconnected and remained friends to the end of his life, Stanton was said to be heartbroken when De Mornay left him (for Tom Cruise, then a rising star). Still, Stanton had no shortage of romantic interests in the 80s. One of the many admirers Harry Dean attracted during this time was no less than Debbie Harry. 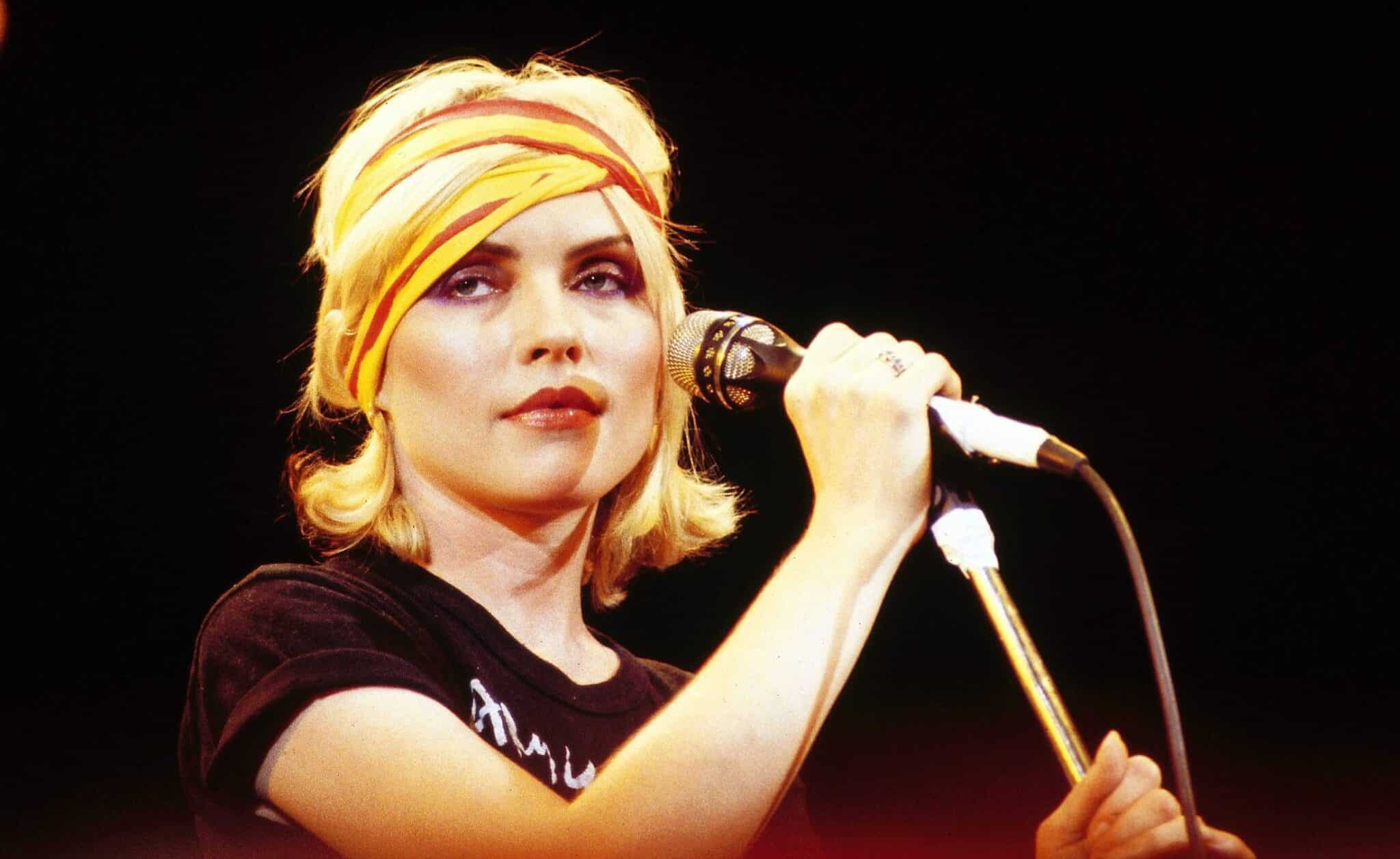 As the lead singer of Blondie, Harry had gone from punk rock pioneer to mainstream superstar, enjoying a slew of hits with the band such as Heart of Glass and The Tide is High. For most of that time, Harry (already in her 30s in the band’s heyday) was in a long-term relationship with Blondie’s lead guitarist Chris Stein.

Blondie called it a day in 1982 and Harry went on to a solo career, as well as making a move into acting with roles in cult films Videodrome and Hairspray. However, she also put her career to one side for several years to care for Stein, who had fallen ill with the rare skin disease pemphigus vulgaris.

Not long after Stein regained his health, his relationship with Debbie Harry came to an end. Newly single in 1989 (the year she turned 44), Harry started looking further afield for new romantic prospects. 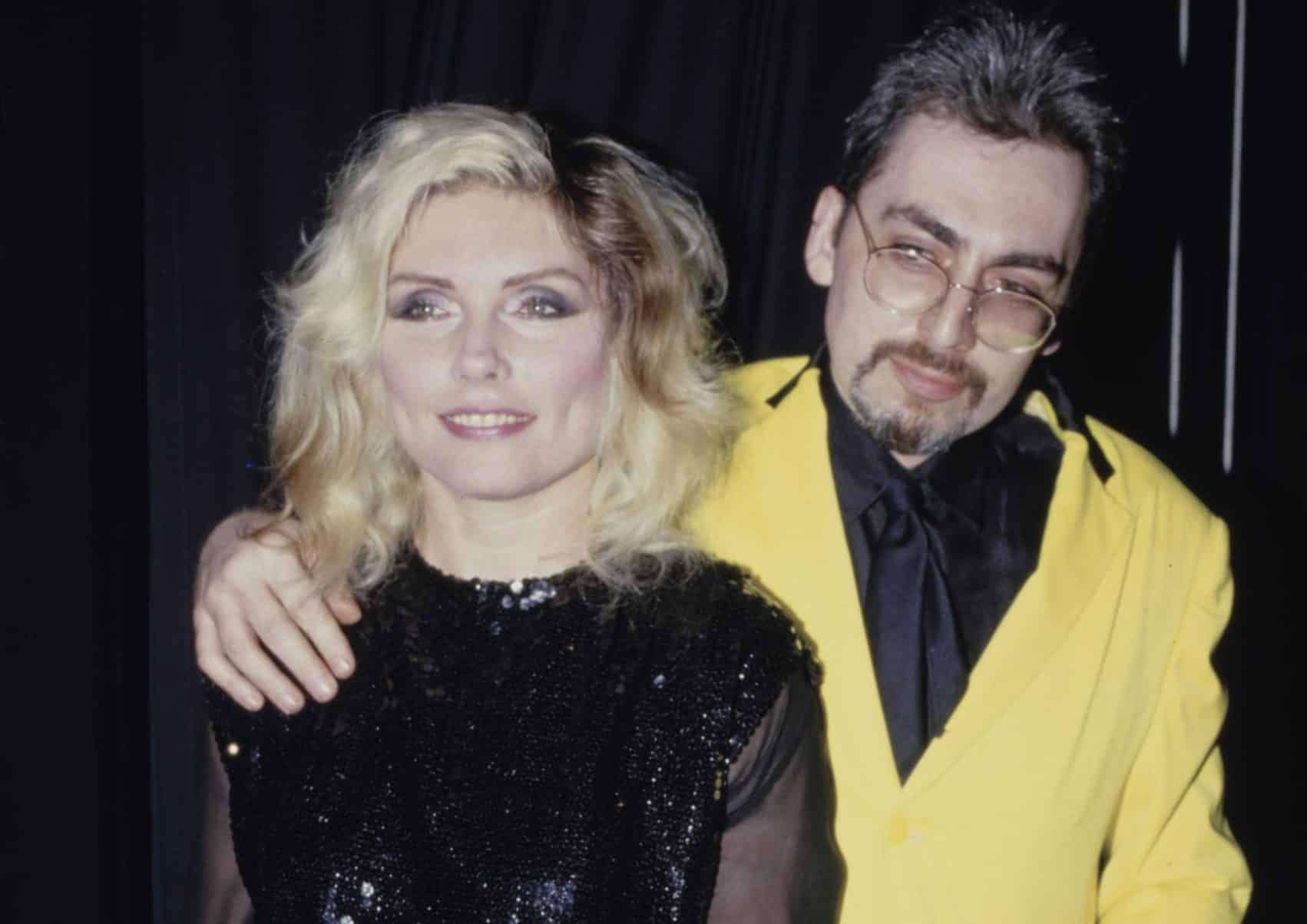 Adopting Deborah Harry as her professional name, she forged a comeback with third solo album Def, Dumb & Blonde, the first single from which was I Want that Man. The song opens with the lyrics, “I wanna dance with Harry Dean, Drive through Texas in a black limousine, I want a piece of heaven before I die.”

While Debbie Harry did not write I Want that Man herself, she did have a hand in the choice of subject matter. The song was composed by Alannah Currie and Tom Bailey of British pop group The Thompson Twins, and Harry and Currie had bonded over a mutual attraction to Paris, Texas star Harry Dean Stanton. 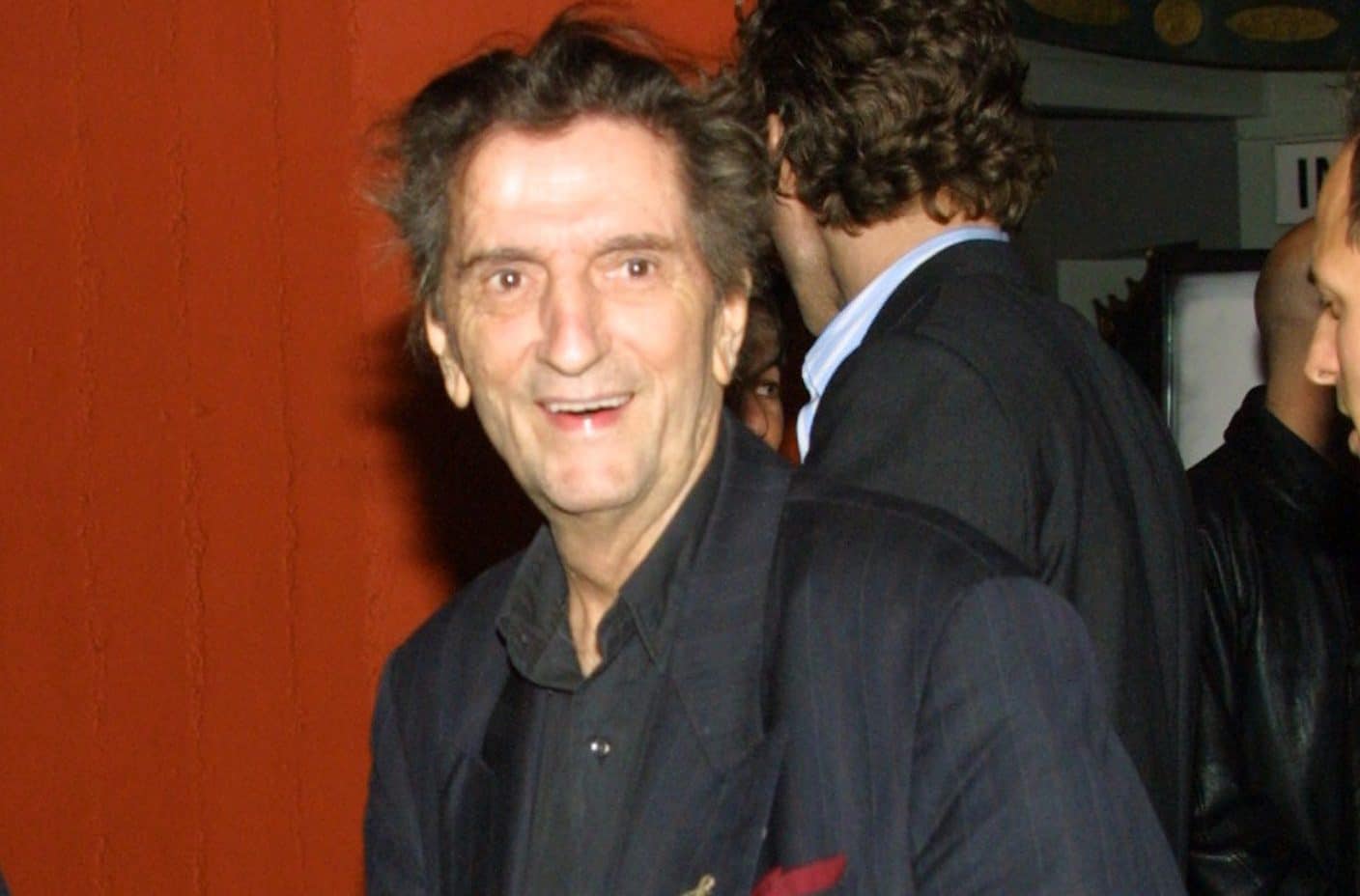 I Want that Man proved a hit, so naturally it wasn’t long before the man who inspired the track became aware of it. In the 2012 documentary Partly Fiction, Stanton recalled, “Deborah Harry, I didn’t realise, she wrote a song about me… I didn’t realise at the time what a great accolade she was giving me. She called me after the song had been out for years, and we got together, and, uh, bonded.”

Stanton’s not so-subtle euphemism would certainly appear to indicate that things got physical between the two. The actor suggested as much in an earlier interview with EW, remarking of the singer, “I love her. She’s gorgeous. We met after that [I Want that Man], and oh, we danced.” (This is of course a nod to the song’s lyrics, “I want to dance with Harry Dean.”) 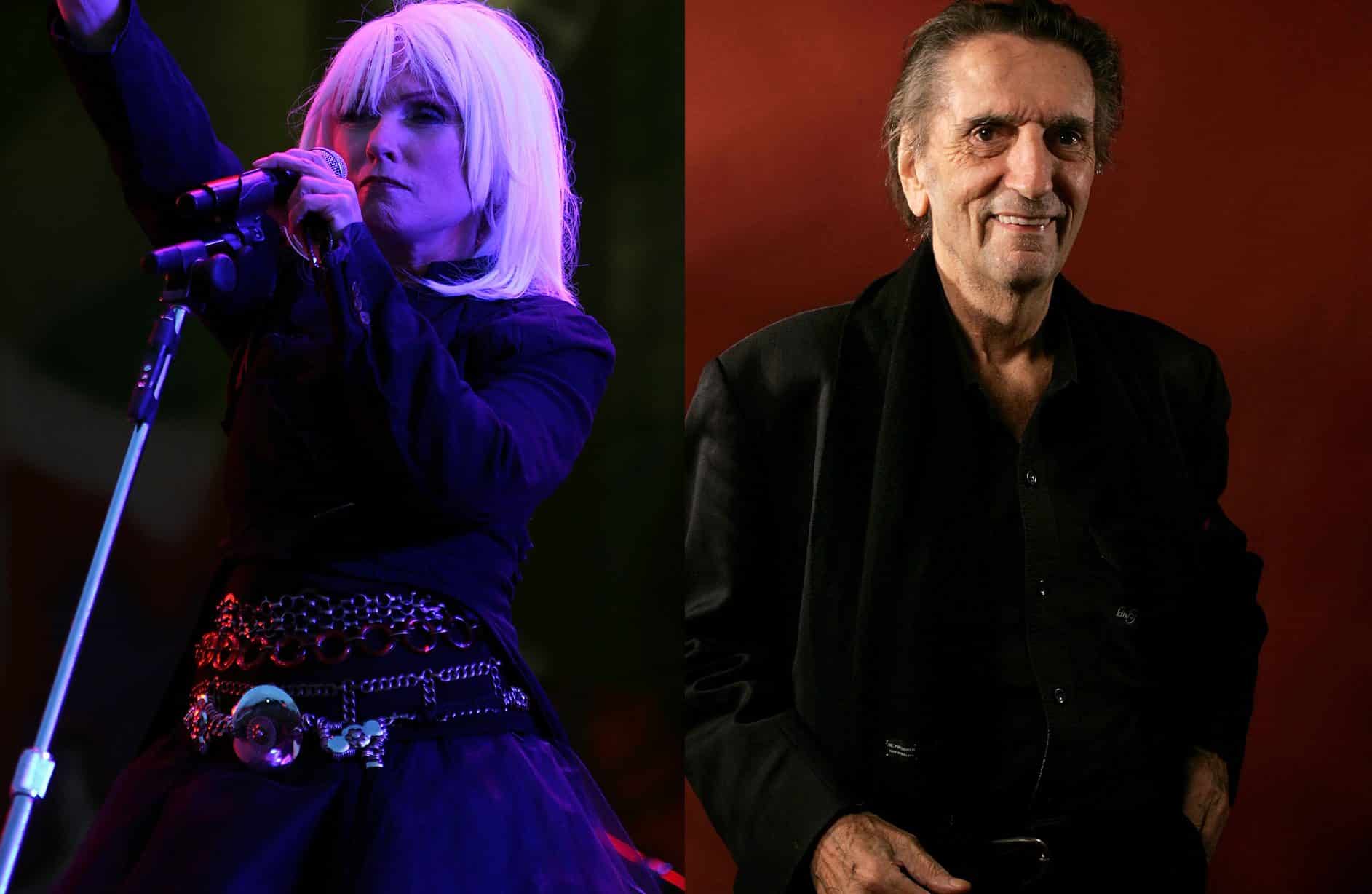 He was even more upfront on the matter at a 2013 Q&A, when an audience member asked how Debbie Harry was “in the sack.” Stanton replied, “as good as you think!” Reportedly Stanton also had similar compliments to pay to another of his notable lovers, actress Nastassja Kinski (35 years Stanton’s junior), with whom he co-starred in Paris, Texas.

Debbie Harry has played a little more coy on the matter. In her autobiography Face It, the singer only admits to having “made out a few times” with Stanton. Partly Fiction features a telephone conversation between the two, in which she greets him with the words “hey, good looking,” and goes on to joke that she hasn’t told the documentary crew “about that night at my manager’s house.” 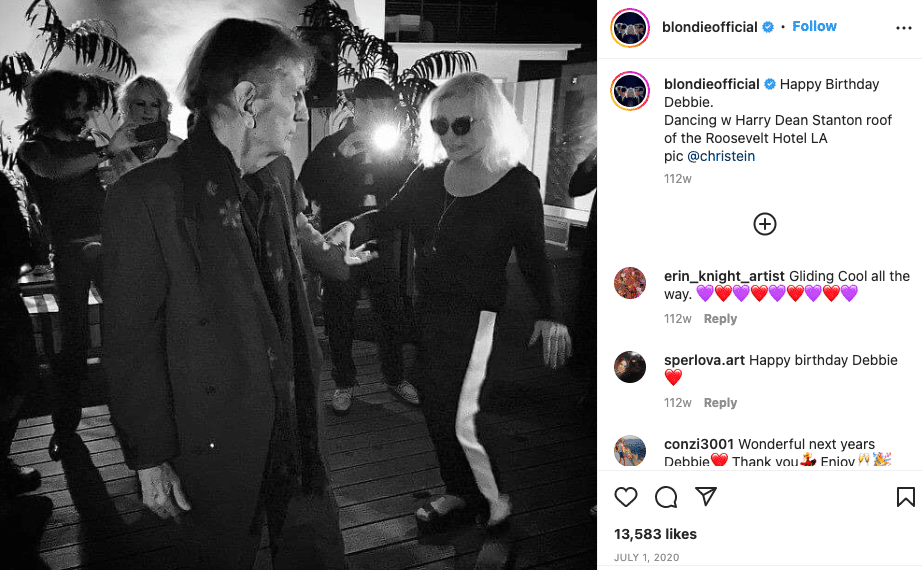 After their fling, Debbie Harry and Harry Dean Stanton remained friendly for the rest of Stanton’s life. In the years since, he enjoyed another romance with a younger woman, actress Charlotte Lewis, but remained single to his death in 2017, aged 91.

As for Debbie Harry, she reportedly dated magician Penn Jillette and artist Cal Chamberlain, and while she did not romantically reconnect with Chris Stein, they have continued to work together in the reformed Blondie. Now in her late 70s, she too has never married or had children.